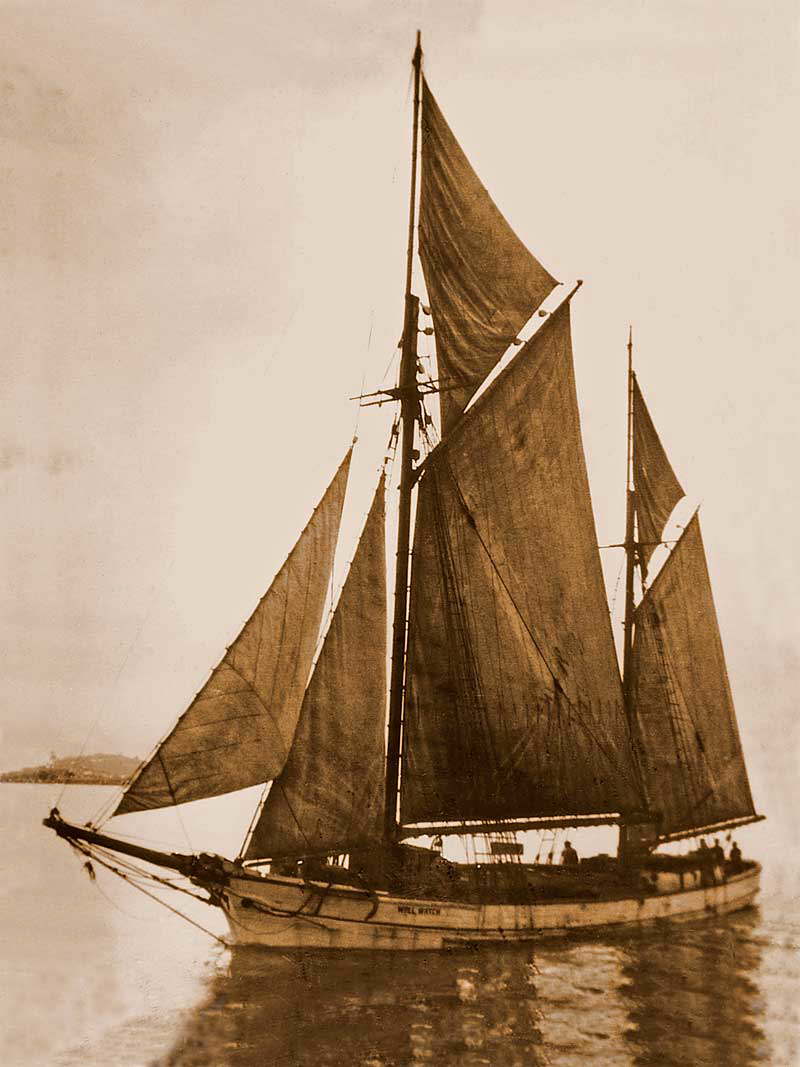 The Will Watch is the name of a new ketch which was on Saturday morning successfully launched from the ship-building yard of Mr. Rock Davis, of Blackwall. She is intended for the coasting timber trade. Her dimensions are 75ft keel, 21ft beam, and 7ft 3in moulded depth. She will register 80 tons, and carry 40,000ft of sawn timber on a draft of 7ft. She is specially designed for carrying long girders and piles. A NEW KETCH. (1895, August 8). Newcastle Morning Herald and Miners' Advocate (NSW : 1876 - 1954), p. 4. Retrieved from http://nla.gov.au/nla.news-article133231317

Just picking up where we left off in Pittwater Online News, May 16 - 22, 2021 Issue 494 and the story about the historic wartime vessel on Pittwater, US Army WT 85.

The vessel was one of many that played a significant role in waters to the north of Australia in WW2 as part of the US Army Small Ships Fleet – the ‘raggle taggle fleet’ of fishing trawlers, schooners, ketches, luggers, tug-boats, yachts and ferries some of which were constructed in the previous century. They were vessels that could undertake strategic work in areas where conventional naval vessels couldn’t operate.

As small vessels, they had the advantage of ‘slipping under the radar’, getting in close to shore;  delivering agents, ammunition, medical supplies, and other essential war materials to outlying bases. But theirs was as a dangerous game, not only having to dodge enemy action but also suffering friendly fire as they carried out their work.

The May 16 PON story in addition to the story about WT85 gave an account of the US Army Small Ships Fleet, those who crewed them and the fact that post WW2, little was known of the vital role they played in Australia’s defence. But stories are told and for the benefit of history, sometimes there’s a long and winding way that leads to them becoming reality.

One such story is of the work by Lieutenant Ladislaw ‘Laddie’ Reday. Laddie Reday was a US Army officer in Australia to help organise a fleet of small ships that were deemed vital for the war effort. In his service throughout the waters to the north of Australia, he kept a diary of places and action and carried it with him.

The fact that we have a book that brings alive the history of the small ships is due to a series of circumstances that are nothing short of incredible.

Laddie Reday’s vessel operating in New Guinea’s Morobe River suffered damage and was unable to proceed further on its mission. Anything not essential to making good an escape had to be left behind, including his diary. And as former President of the US Army Small Ships Association, the late Ernest A Flint MBE ED (1927 – 2015) has said, ‘an Australian Army Water Transport Unit much later came up the river with one, Mick Morris aboard and located the wreck of Lt Reday’s vessel. There was a diary and a clue – an engraved cup with Lt Reday’s name on it.

‘With these in hand, Mick, post-war and now in Sydney noticed in a newspaper article in 1975, that a Mr and Mrs Reday were house guests of Jack Savage for the wedding of Jack’s daughter. Mick had sailed with Jack pre WW2 and was promptly on the phone and with confirmation that he had the right person, arranged a meeting at which the diary and cup were handed over’. 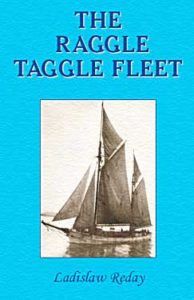 Back in the US, Lt ‘Laddie’ Reday set about writing a manuscript, The Raggle Taggle Fleet but died in 1987 before he completed it. However, word that there was a book in the pipeline got around and through Small Ships Association contacts in the US it was tracked down to where Laddie’s widow had placed it, in the San Francisco Maritime Museum which agreed to sell it to the NSW-based association. The Book was edited by Ernest Flint for publication.

Elizabeth Sandeman-Gay in her review of the book published in the US Army Small Ships Association’s News said, 'The book is choc-full of action. It’s full of ‘danger, destruction and desperation’. It speaks of the hairiness of navigating under cover of night with little navigational knowledge and no equipment; of following the contours of the coast while avoiding shoals, coral reefs, ledges, overhanging trees, crocodiles and sand-banks; often manoeuvring in fog or storm with no visibility at all. Usually they surfed in, and then beached their motley craft to discharge their cargoes in fearful silence; dodging both enemy float planes and hostile shore fire'.

The book is available by contacting the US Army Small Ships Association. www.usarmysmallships.asn.au

Given the circumstances leading to the publication of the book, the final word has to go to Ernest – This is a story that had to be told … 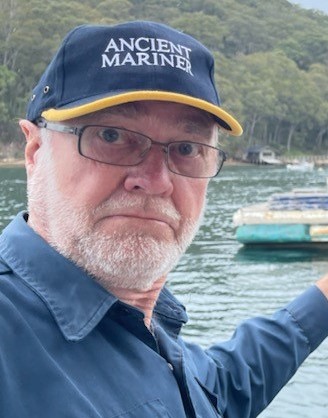