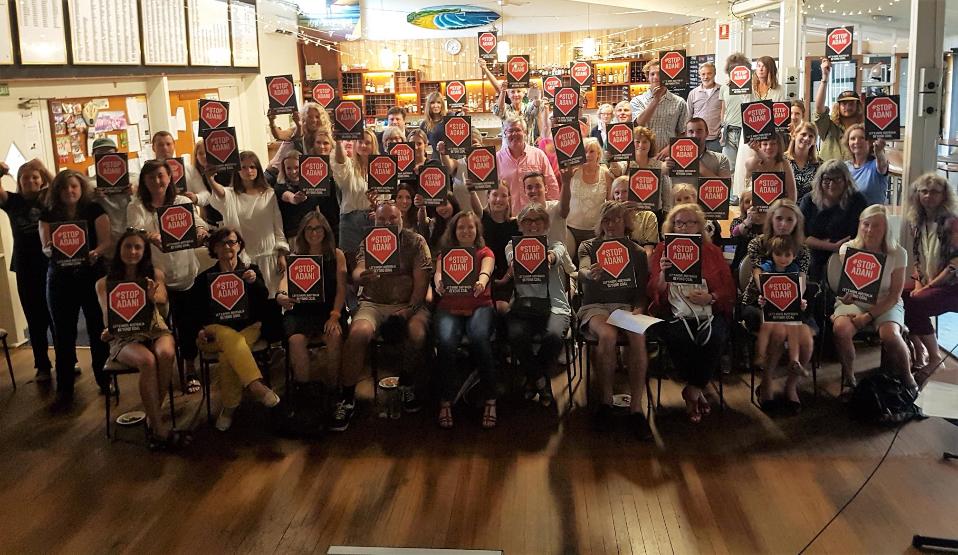 The evening after a massive dust storm darkened the skies across the Blue Mountains and Sydney last week, climate campaigners met in Avalon to discuss how to stop the Adani company’s massive thermal coal mine in Central Queensland.

The affected area would measure 300km by 40km and up to 300 metres deep, across a mix of agricultural and unprotected environmentally-sensitive land.

“Adani would be the biggest mine built in the Galilee and the most progressed - and its mine would be connected to the coast by 400km of rail line to a port called Abbott Point where the coal would be exported to the world.”

So what’s the problem? Well there’s quite a list of them. The latest science shows we have a small window of time to wean ourselves off fossil fuels and onto renewable energy sources.

“We are already seeing the consequences of one degree of global warming through more extreme weather, rising sea levels and diminishing Arctic sea ice and other changes”, according to the latest report by the international body set up to assess the science related to climate change.

To limit warming to 1.5°C above pre-industrial levels would require “rapid and far-reaching” transitions in land, energy, industry, buildings, transport, and cities, the Intergovernmental Panel on Climate Change said in the report released last month.

“Global net human-caused emissions of carbon dioxide would need to fall by about 45 per cent from 2010 levels by 2030, reaching ‘net zero’ around 2050,” said the IPCC report, meaning that emissions from fossil fuels such as coal must be eliminated by then.

We know that climate change is a major contributor to bleaching of the Great Barrier Reef - and the IPCC predicts that even at 1.5 degrees rise in temperature, 90 per cent of the world’s coral reefs will die and at 2 degrees most will be completely lost.

However, if Adani gets its way, it will also lead to 500 extra coal ships travelling through the reef every year – with the risk of spills and crashes threatening the national icon, Mr Creaser said.

Adani has also been given a licence by the Queensland government to take unlimited water for free for 60 years – ground water that farmers rely on for their operations.

And the company has approval to access 12 billion litres of surface water from the nearby Suttor River, which will be piped up to the mine to clean the coal – the same water to which farmers have been refused access to get through the drought.

If all that wasn’t serious enough, the company was caught out releasing water with eight times its permissible level of sediment from their Abbott Point port during Cyclone Debbie in March 2017, spilling it onto the reef and wetlands – and punished with a $12,000 fine.

Finally, Mr Creaser said that while Adani initially claimed the mine would create an extra 10,000 jobs in Central Queensland, its chief economist later admitted the figure would be only 1,450 jobs. This however, would be at the expense of work in other sectors, such as tourism and agriculture.

At this point, the company has “nearly all the approvals they need” and have won a court case against the traditional owners of the land, he said, with just their water management plan to be ticked off in Queensland. Whilst over 30 Australian financial institutions have refused to finance the mine, Adani is now intending to finance the mine themselves.

So with a new Prime Minister, Scott Morrison, whose affection for coal was on display when he took a lump of the sedimentary rock to parliament last year, “the political timing is looking pretty good for Adani as well”, according to Mr Creaser.

In fact, he said Adani has recently started work on the mine – illegally drilling bores into the Great Artesian Basin, clearing land and building roads, before a community group discovered the activity.

“The signals that Adani are giving off are that they want to start work on the mine before the election to back our politicians into a corner,” Mr Creaser said.

“It would be much harder for them to come out and say they oppose the project if Adani’s already started work and got guys out there in hi vis vests.”

So, with six months to a federal election, Mr Creaser encouraged everyone to join the campaign to Stop Adani which has already set up more than 100 local groups, including some on the Northern Beaches.

“I am confident that with the efforts of community groups across the country we will stop Adani once and for all but it’s going to take a bit of work from all of us to get there,” he said.

“Climate change, the impacts of the coal industry, affect us here on the Northern Beaches.

“We will feel the impacts of warming temperatures with rising sea levels and of course we know the impacts of climate change … are already being felt right across Australia with worse bushfires, more severe storms, really long droughts which result in dust clouds that spread across our cities.

“If we want to protect our patch, we’re going to need to stop one of the biggest environmental threats of the future – the Adani coal mine.”

Avalon Public School teacher Robyn Ginty is one of those who have already signed up to the fight and spoke at the meeting.

Ms Ginty told how concerned she is for the future of her students in a world affected by climate change - although she would not want to frighten them by explaining the risk in full.

“I got involved with Stop Adani because I just couldn’t believe that this huge coal mine was a possibility and I’ve been watching and following it for five years,” she told the meeting.

“And then it still looks like it’s going ahead so I just thought I had to get involved and do something I could do locally for the climate.”

On a night when Sydney residents had been warned to stay inside if they were suffering from heart or lung conditions to avoid the dust suspended in the air from the storm earlier in the day, most people at the meeting - from young students to “Pittwater elders” - signed up to the Stop Adani Mackellar group which will campaign locally to stop the mine.

Mr Creaser ended on an optimistic note saying: “We’re pretty confident that we can build enough momentum, before, during and after the next election to make sure that the next government of Australia, in one of its first acts, stands up and says it will stop Adani once and for all. That is the vision.”

Things you can do to help stop Adani: 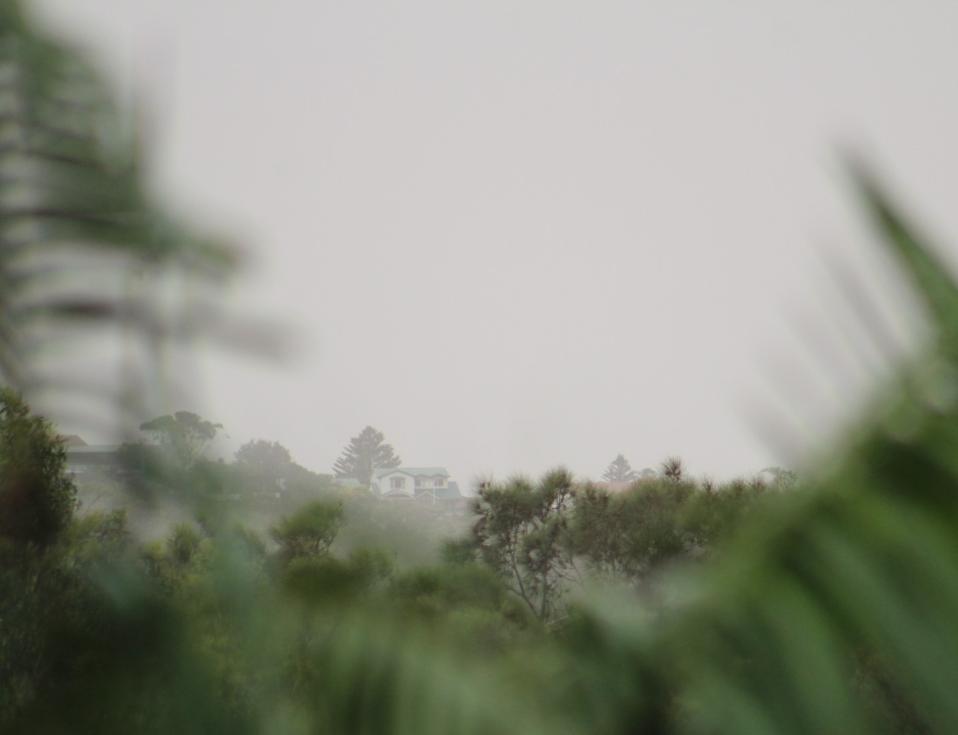