Soldier On Launches Side By Side

Soldier On Launches Side By Side 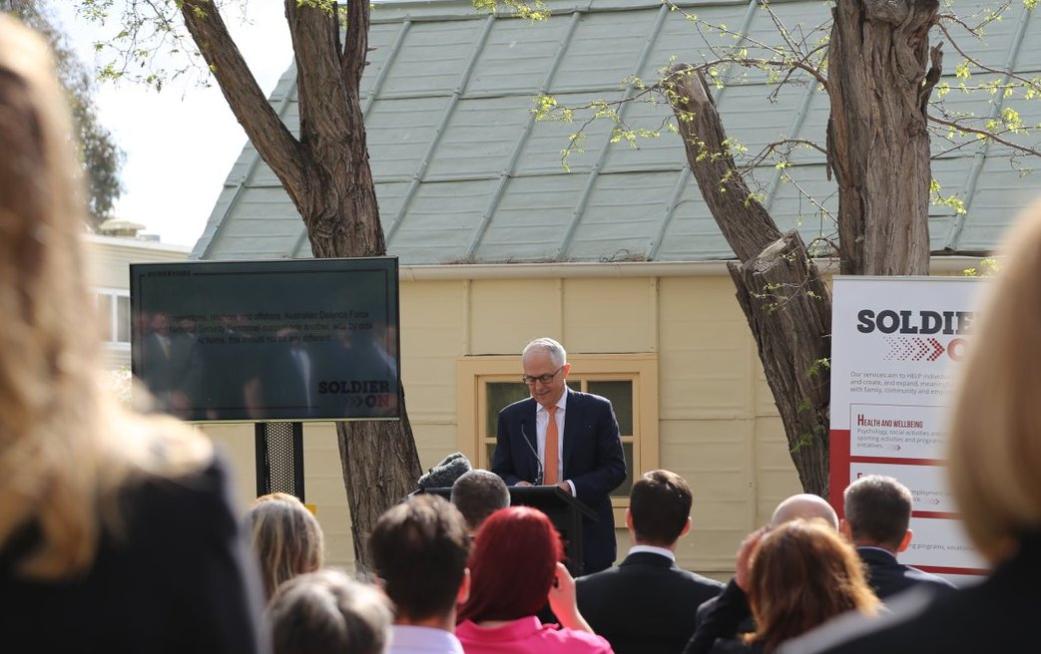 Soldier On Board
Chairman
PETER LEAHY
Former Chief of Army and Director of the National Security Institute, University of Canberra
Director Qualifications: AC, Professor, BA Mil Studs UNSW, MMAS USACGSC, GAICD.
Lieutenant General Peter Leahy retired from the Army after a 37 year career as a soldier in July 2008, with the rank of Lieutenant General in the appointment of the Chief of Army. Since leaving the Army, Peter has joined the University of Canberra as a Professor and the Foundation Director of the National Security Institute. He is also Chairman of the Salvation Army’s Red Shield Appeal Committee in the ACT (removed). He is a member of several advisory, commercial and charity boards. He is a regular media commentator on defence and security matters.
DR PAUL ALEXANDER
Director Qualifications: AO, MBBS, MLM, FRACMA, FACLM, FACTM, DTM&H, Dip Sport Med
Major General (Ret’d) AO — Paul has had an extensive career in the Australian Defence Force (ADF). He is an experienced senior medical officer with over 30 years working across clinical executive posts, and has held board positions in military, private practice, commercial and not for profit organisations. Paul completed his tenure as Commander Joint Health and Surgeon General, ADF in December 2011.
Paul is Chairman of the Metro North Hospital and Health Service, the largest health service in Queensland and Chairman of the Immigration Health Advisory Group.
JOHN BALE
CEO & Managing Director Soldier On
Co-Founder Soldier On
Director Qualifications: BA (Hons) UNSW, MA UNSW, MMgtStud UNSW, GAICD.
John Bale is Chief Executive Officer and Co-Founder of Soldier On. He served in the Army for 12 years and finished his career as a Chief of Army Scholar writing on the de-stigmatisation of Post Traumatic Stress Disorder in the Australian Army.  John was state finalist for 2014 Young Australian of the year and winner of the EY Entrepreneurs of the Year 2016 Eastern Region and was the joint recipient of the 2017 UNSW Young Alumni Award.
MICHAEL BRENNAN
Managing Partner – MinterEllison Canberra
Director Qualifications: BSc LLB (Hons)
Managing Partner of the Canberra office of MinterEllison.  Michael has been in commercial legal practice for over 20 years, 12 of those in a partnership role.
ANTHONY COURT
Partner – Defence and National Security, KPMG
Director Qualifications: BSC (Hons), MSC (Military Electronic Systems Engineering), Grad Dip Acc, AICAA, GAICD.
Anthony is the KPMG Defence Partner, has been a management consultant for 21 years and a former Army Officer for 14 years.
MICHELE MILLER
Royal Australian Navy
Director Qualifications: BSC (Hons) UNSW, Grad Dip Mgt (Defence studies) UC, Grad Cert Maritime studies UoW, MArts (Strategic Studies) Deakin
Michele has 29 years’ experience in the Royal Australian Navy, with nearly 15 years in seagoing positions, including serving on operations in the Middle East, East Timor and in border protection both in the north of Australia and in the Southern Ocean. As a Maritime Warfare Officer, she has been the commanding officer of a patrol boat and the frigate HMAS PERTH, and staff positions have included in capability development and career management. Michele is presently the Director General of the Navy People Branch, based in Canberra.
HUGH RIMINTON
Journalist
Director Qualifications: MA (Macq.)
Hugh is a multi-award winning political journalist and foreign correspondent with particular exposure to military activity in Africa, the Middle East, the Balkans, East Timor, Iraq and Afghanistan. He is currently a senior news presenter on the TEN and WIN networks and plays a board and advisory role in a number of charities and community organisations.
BENJAMIN FARINAZZO
Observer to the Soldier On Board
Director Qualifications: BA (Hons), MAICD.
Benjamin was the Chief Executive Officer of Outward Bound Australia with more than 20 years management experience. He was previously the CEO of Australian Business Academy, Frontier Recruitment and a former Army Officer. He has been awarded the INTERFET medal and Australian Active Service Medal for service in East Timor.
Soldier On Board positions are volunteer-based with the exception of the Chief Executive Officer. All non-Executive Directors generously donate their time, including all travel, to assist in the governance and strategic direction of Soldier On.
Photos courtesy Soldier On HQ, Canberra
Tweet