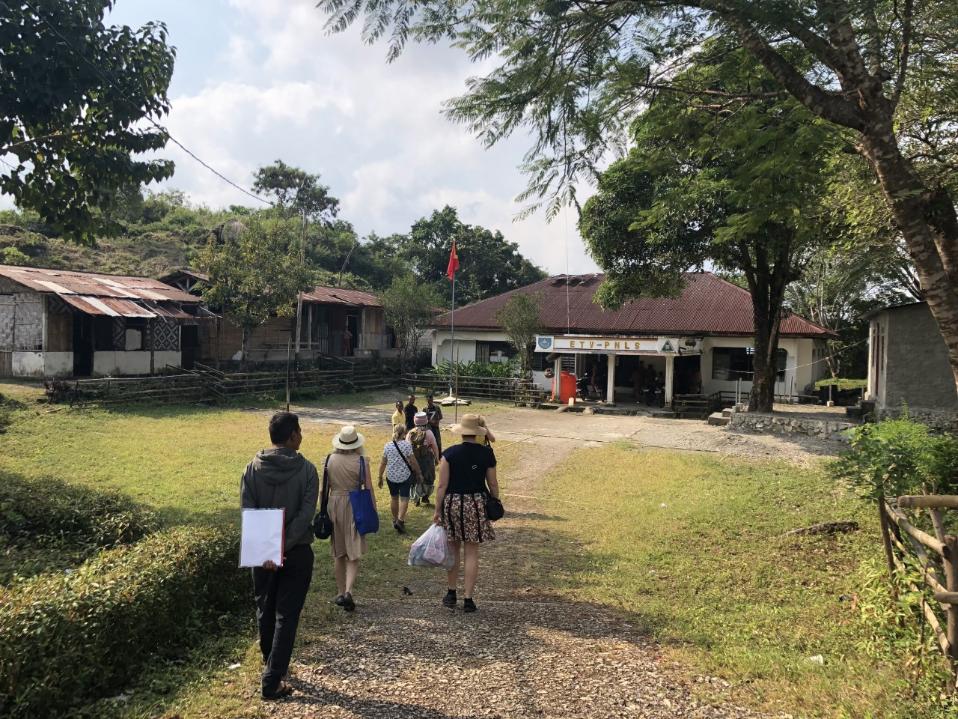 Over the last ten years I think we have learnt more from the people of Soibada than we have taught them. We made many naïve mistakes in the beginning. We were so shocked by the standard of living and the hardships the people endured that our natural inclination was to fix it for them. This is such a band aid solution but it took us a while to realise it. The key to sustainable development and change is actively listening to what the community is asking for.

In the last couple of years a regular request has been for CPR and first aid training. Soibada is extremely isolated and it can take up to 8 hours to drive down to Dili. There are Cuban trained Timorese doctors in the clinic these days and they identified the need for more villagers to have basic first aid skills.

A couple of years ago Newport Surf Lifesaving Club donated some mannequins and sent two trainers to Soibada to pass on some basic skills. The training was so well received and the locals were keen to do it again.

As half our team headed to the maternity clinic to install the water tanks the rest of us made our way to the Nicolau Lobato Senior High School.

The school sits high on the hill overlooking the centre of the village. The first time I visited there many years ago the students didn’t take me by road but we climbed the almost vertical mountainside from the bottom road. Wearing a dress and my signature hat I was grateful to have my boots on. It wasn’t an easy climb but I was ably assisted by the group of giggling school children skipping along behind me. Dozens of little hands pushed me up the hill. If it wasn’t so funny it would’ve been excruciatingly embarrassing.

This time however, we had the luxury of a bumpy 4 wheel drive through the village and up the hill. The guys were making good progress and gave us a wave as we passed the clinic. Roadwork and low hanging overhead wires brought us to a standstill and we had to walk the last bit of the journey. We carried the insipid looking CPR mannequins under our arms but it was the volleyball gear that drew many sideways glances as we processed down the rocky dirt roadway towards the shacks that were called a senior high school.

The staff were almost as excited as the students on our arrival and came running out into the central courtyard. On one side there was a dilapidated building that was once the local governments headquarters. It was now the teachers office space and a couple of classrooms. The other classrooms have woven walls with gaping holes. The most satisfying view for us however was the almost complete hospitality training classroom that was funded by Pittwater community and constructed by the school students, their teachers and their parents. It is here that Soibada’s future as a tourist destination will be shaped!

After a rowdy welcome we split into several groups. I distributed the Days for Girls hygiene kits to the younger female students. The boys disappeared to do some CPR training with Rosemary from Avalon Surf Lifesaving Club and another group went off for a knitting lesson with Kerry and Rae. I will tell you more about each of these programs in coming weeks but for now I have to say that the activity that was the greatest hit of the days was the dancing! 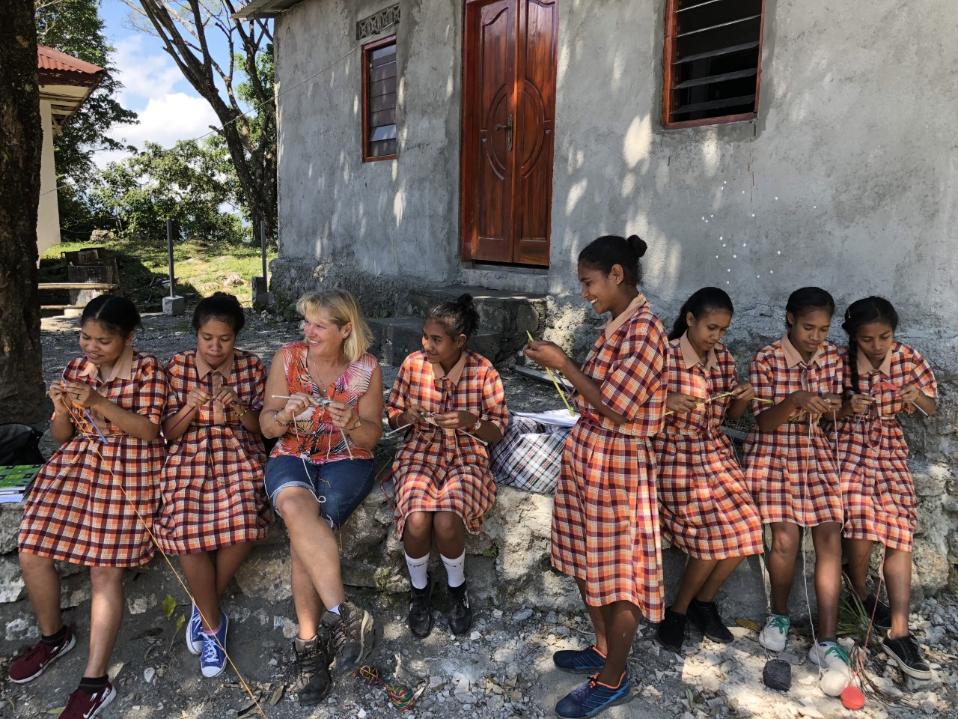 Friday August 30th 2019 marked the 20-year anniversary of the day the East Timorese people voted overwhelmingly for independence from Indonesia after a 24-year occupation.

Following the vote violence and destruction left much of the country devastated, with major public and community buildings burned, ransacked and destroyed. East Timor’s education system was thrown into disarray, with most schools suffering severe damage or destruction. As a result, school and university students missed a whole year of classes.

Tamara originally served in Timor Leste in 1999 with INTERFET as an Intelligence Officer attached to the ground force.

''My exposure to the sufferings of the civilian population following the atrocities during the Timorese struggle for independence has lead to my desire to provide assistance. I became involved with orphanages, schools and local womens groups. I witnessed the results of the years of occupation and violence in Timor Leste and felt the true courage and strength of the Timorese spirit. However, I did not truly understand the full impact upon the women and children until I had children of my own. I also did not fully comprehend the journey of friendship I was embarking on in 1999, nor did I anticipate the love I would grow to feel for the Timorese people.'' Tamara has said in some of many speaking engagements she has given to support her work in Soibada.

Tamara has been back to Timor Leste many times now, taking numerous residents with her to fulfil projects for the villagers - the aim of PFOS being to empower the residents to create more autonomy for themselves and launch schools, businesses, health facilities and training for adults and the next generation.

In 1999 I was there when the People of Timor Leste fought for independence after 25 years of brutal occupation. Twenty years later I am still there but the people of Soibada want a different kind of independence - financial independence. They need skills so they can support themselves and their families. They do not want our handouts they want a hand up.

Art, craft and culture hold an important place in the community. Much of it was destroyed as part of the Scorched Earth Policy in 1999. In Soibada they need a central workshop and training centre to bring these skills back to life. The people are talented and creative. With the right facilities, they will achieve a means of sustainable development and independence that has been previously denied to them. The women will earn money to feed and clothe their children and have a more secure future.

Your contribution will enable us to do so much more than provide the venue and equipment needed for the craft workshop and training centre. You will enable us to provide jobs in the village by employing local men as construction workers. You will provide an ongoing source of income for these families. In itself, this will enable more children to be educated and this is key for future development.

Contributions to his fundraiser can be made HERE.

If you'd like to hear more about Tamara's work in please listen to the excellent podcast embedded here: - AJG, Ed.