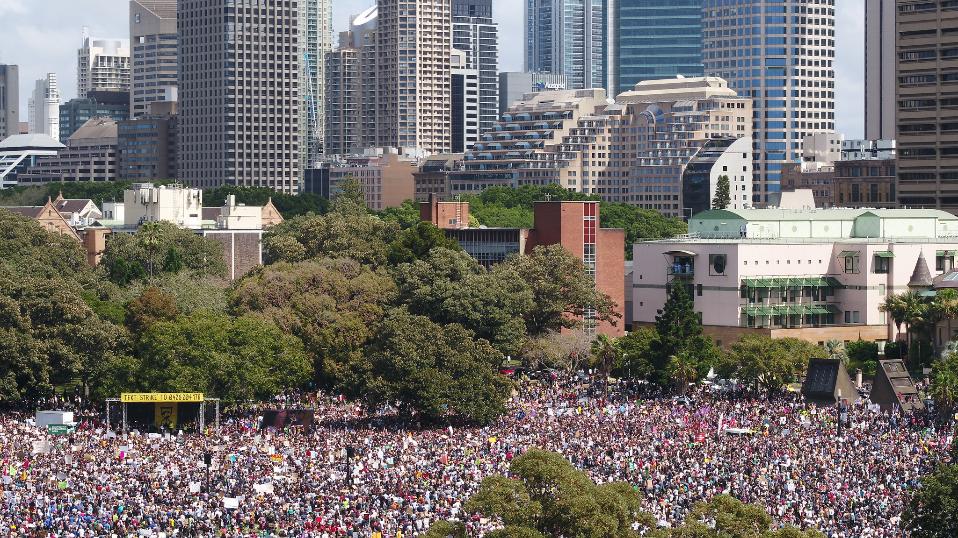 At the Pacific Islands Forum meeting in Tuvalu in August Australia ensured its official communique watered down commitments to respond to climate change. Immediately after negotiations ended Mr Sopoaga, Tonga's Prime Minister, hinted Australia was the lone nation against the stronger climate stance from the small islands.

Several Leaders in our region have consistently called on industrialised nations and large emitters to phase out fossil fuel subsidies and ban the construction of new coal plants. The Kainaki II Declaration references the term ‘just transition from fossil fuels’, which refers to a transition away from coal, oil and gas and calls on members of G7 and G20 to ‘rapidly implement’ their existing commitment to phase out inefficient fossil fuel subsidies is a positive step.

As Mr. Sopoaga observed during the forum to Australia's Prime Minister;

In April 2019, then Federal Environment Minister, on the eve of a federal election, approved the Adani water plan for the Carmichael Mine despite serious concerns being voiced by CSIRO and Geosciences Australia. The timing of the election announcement means CSIRO and Geosciences Australia would not be able to be questioned over their recent report on the Adani mega mine at Senate Estimates.

Soon after Queensland premier ensured they too rushed through Adani’s groundwater management plan on June 13. Other projects in QLD which have been approved recently include the Olive Downs Coal Mine Project which will see around 55 square kilometres of koala habitat cleared. The mine site, considered one of Australia's biggest, also includes 11 highly significant wetlands. More giant coal mines are planned for the Galilee  Basin, alongside the Carmichael mine.

The School Strike 4 Climate Change comes in the same week the prosecution of Adani for allegedly providing incorrect information regarding hundreds of hectares of land disturbance was adjourned by Adani's request late on Thursday (the Queensland government has accused Adani of being misleading in a report regarding its controversial Carmichael coal mine in the Galilee Basin).

"On a day like today, this shows the Government doesn't prioritise enforcing the law against big mining companies and their risky projects that can have huge and unexpected climate impacts." EDO Qld CEO and solicitor Jo-Anne Bragg said outside Brisbane Magistrates Court on Friday September 20th

In late August the Queensland government extinguished native title over 1,385 hectares of Wangan and Jagalingou country for the proposed Adani coalmine in Queensland’s Galilee Basin - without any public announcement of the decision. That news followed new analysis reported  by the Institute of Energy Economics and Financial Analysis which found  Australian governments will give $4.4bn in effective subsidies to Adani’s Carmichael coal project, which would otherwise be “unbankable and unviable”.

On Thursday America's foremost bird authority released a report showing North America has lost three billion birds since 1970 due to habitat loss and the effects of climate change. This follows on from a report last week found that habitat loss is a major concern for hundreds of Australian bird species, and south-eastern Australia have been the worst affected. Scientists found that half of all native bird species have each lost almost two-thirds of their natural habitat across Victoria, parts of South Australia and New South Wales. That's all our shorebirds, forest birds and plains birds - gone - the 'canaries in the coal mine' in terms of showing we are witnessing the collapse of our eco-systems and can identify who is responsible for this devastation; everyone who seeks to take from other species their home and thereby, their right to exist. Just as charity begins at home, so does looking after the environment you live in - the water lapping to the beach on which you stand, the trees giving you respite from heat during Summer, the open heathlands atop every cliff facing to our ocean.

These are just two examples with more each week heaping on the real anxiety being felt by the younger generation and long felt by older generations.

The Australian bird study is transposed by the NSW Government's current remapping of old-growth protected forests to meet contracts signed by the Forestry Corporation NSW that would see 100% of these 'habitat' areas being destroyed.

Fortunately, despite not being able to vote, those who inherit this earth are now seeing signs of them being taken into account.

On Wednesday this week the Bylong Valley coal mine was refused development consent by an Independent Planning Panel, citing concerns about "long-lasting environmental, agricultural and heritage impacts". The Bylong proposal by KEPCO Bylong Australia Pty Ltd was for a mine with a life of 25 years, including both open-cut and underground longwall mining in a rural food-belt area. The proposed mine had been recommended for approval by the then NSW Department of Planning and Environment, which makes the IPC refusal particularly notable. The report also noted the February Rocky Hill decision in NSW Land and Environment Court that had rejected a coal mine in part because of its climate change impact.

In its Statement of Reasons for Decision, the Commission found (in summary):

“The Project is not in the public interest because it is contrary to the principles of ESD (ecologically sustainable development) – namely intergenerational equity because the predicted economic benefits would accrue to the present generation but the long-term environmental, heritage and agricultural costs will be borne by the future generations,” the Commission concluded.

The School Strikes 4 Climate Change have caused controversy with teachers being accused of bias and bringing politics into the classroom, and the Federal Government linking the demonstrations to flagging test results, although here, test results are proving the opposite. Despite this, in a statement, Education Minister Dan Tehan drew a link between the global strike movement and flagging test results around the country.

The true test of the strikes was, in fact, to stop traffic on a weekday and allow those marching past the NSW Parliament House to ensure those inside heard, undeniably, what was going on in the street outside. A similar protest took part in Canberra and in all capital cities across Australia as well as many smaller ones and even lone protests far from any camera's eye.

The United Nations Climate Summit commenced yesterday, Saturday September 21st. UN Secretary-General Antonio Guterres earlier this year warned only leaders with a clear climate action plan would be allowed to speak at the summit as the cost of inaction is too high.

"We are losing the race against climate change. Our world is off-track in meeting the [UN] Sustainable Development Goals” he said.

Mr Guterres wants countries at the five-day summit to commit to a list of demands, which include banning the building of new coal power stations, reducing fossil fuel subsidies and increasing national targets for emission reductions.

"We expect countries to commit to carbon neutrality in 2050 and there is already a meaningful number of countries that have done so and I hope that in the summit there will be even more,” Mr Guterres said.

If the commitments are met, Mr Guterres believes it will lead to a 45 per cent reduction in emissions over the next decade.

The Climate Action Summit on Monday will showcase new initiatives by government, business and civil society to increase their commitments achieve the goals of the Paris Agreement and work toward reducing emissions to essentially zero by mid-century. The event will also provide a platform for countries and businesses to demonstrate how they will reduce emissions by at least 45 per cent by 2030, and a target of achieving carbon neutrality by mid-century.

UN chief António Guterres has made the fight against the climate crisis one of his top priorities: by convening the Climate Action Summit, on September 23, Mr. Guterres aims to boost ambition, and hold countries to the international commitments they made to cut global warming, as part of the 2015 Paris Agreement.

The Summit will bring together governments, the private sector, civil society, local authorities and other international organisations to develop ambitious solutions in six areas:

The Secretary-General challenged leaders to come to the summit with concrete plans, rather than grand speeches, and expects the event to demonstrate massive movements in the economy away from fossil fuels, and towards clean, renewable energy sources: “I want to hear about how we are going to stop the increase in emissions by 2020, and dramatically reduce emissions to reach net-zero emissions by mid-century”.

Countries like Australia, Japan and South Africa who support the coal industry have been removed from the summit’s draft speaking schedule, along with countries that have been critical of the Paris climate accord, such as the United States, Brazil and Saudi Arabia.  Prime Minister Scott Morrison is not attending the summit in New York, despite being in the United States on an official visit. Instead Foreign Affairs Minister Marise Payne will represent Australia at the summit.

In recognition of the way that young people are making climate action part of the international agenda, a Youth Climate Summit will take place on September 21, as a platform for young activists, innovators and entrepreneurs to showcase their solutions at UN Headquarters, and meet international decision-makers. There are 1.8 billion young people in the world today, the largest number ever, so it is crucial that they have a say in the future of the planet, in their future, even if unable to vote yet.

Mr. Guterres promised that his message throughout will be simple: “Put people first. Their needs. Their aspirations. Their rights.”

On Friday over 330,000 Australian school students, their parents and workers in more than 110 towns and cities joined over 4 million people worldwide demanding climate action.

Unfortunately, in Australia, current governmental policy at state and federal level is to continue pursuing intergenerational inequity for the benefit of a few and at the cost of the many - the many people, the many animals, the many plants. 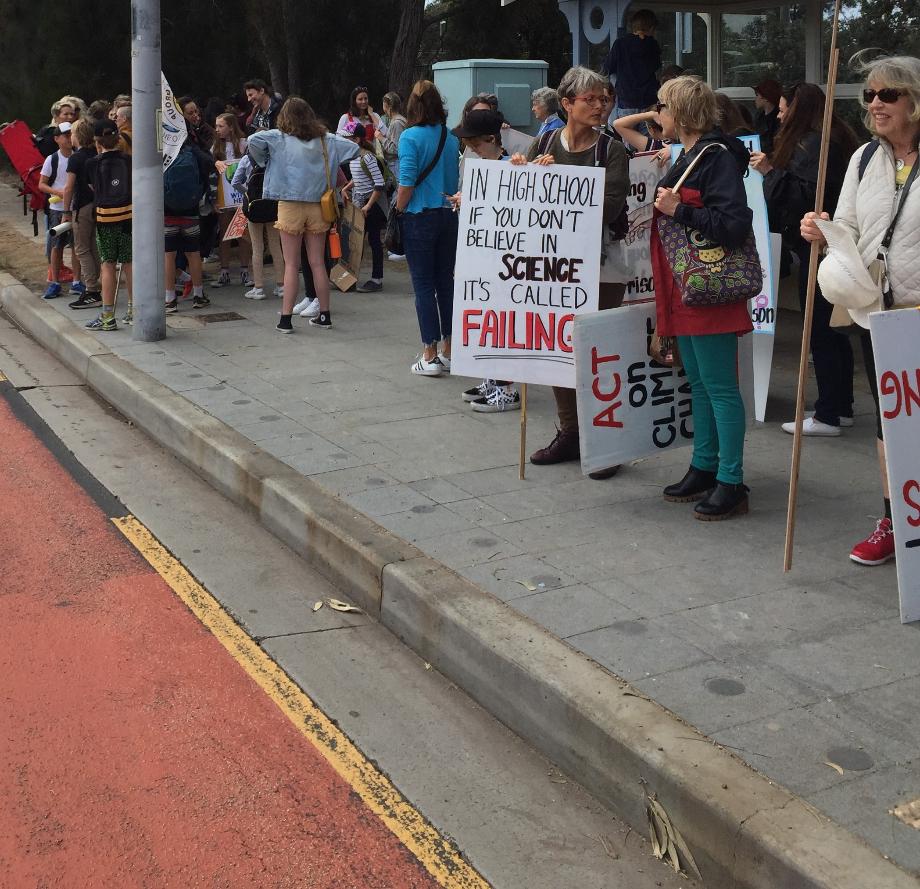 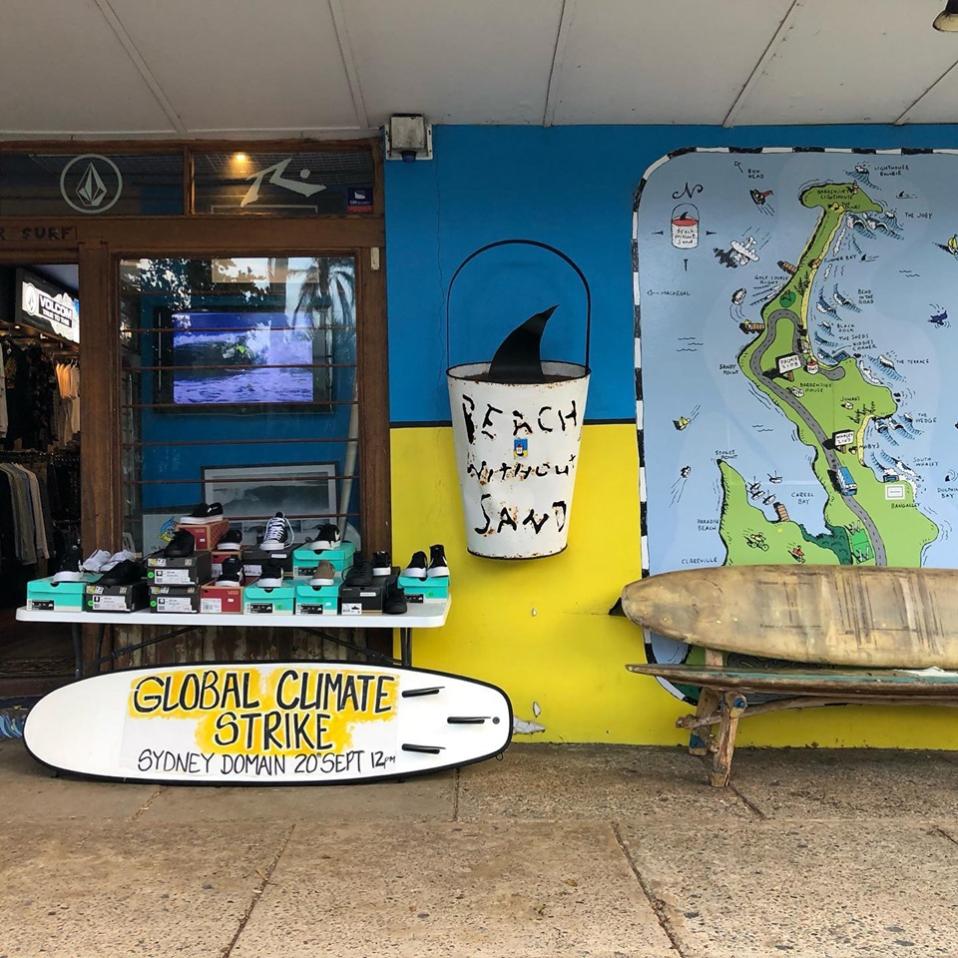 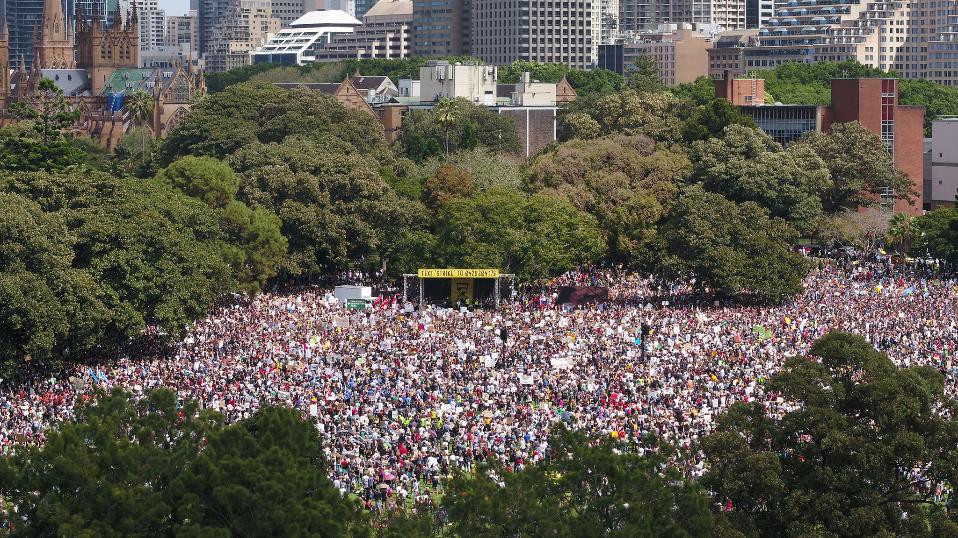 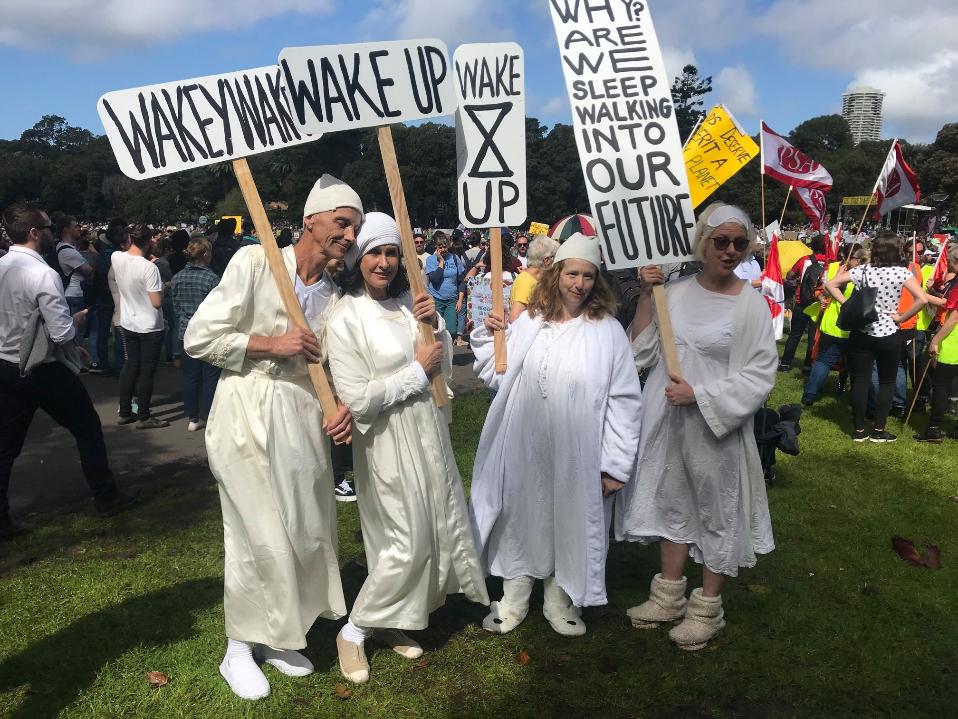 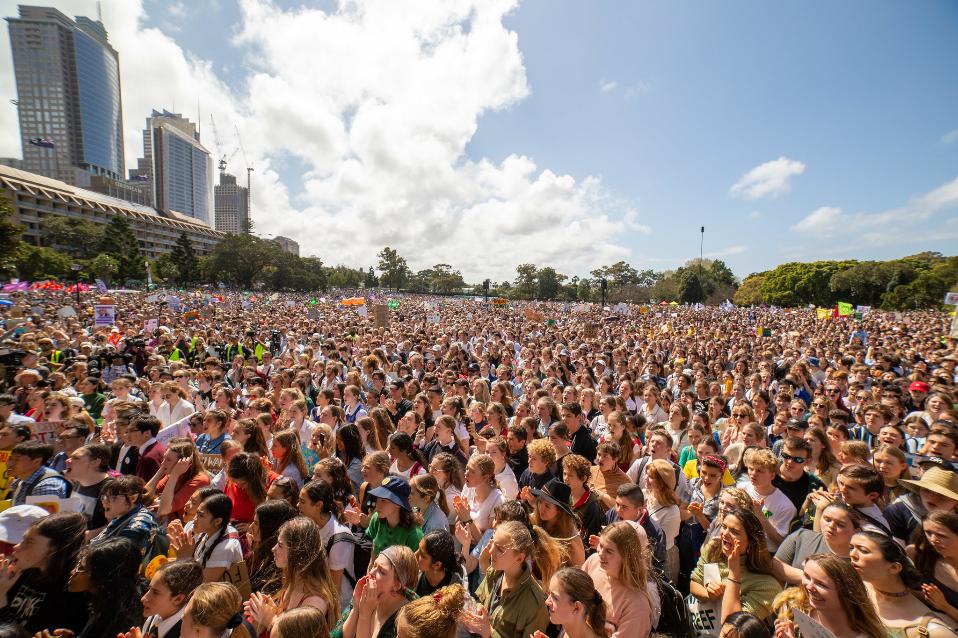 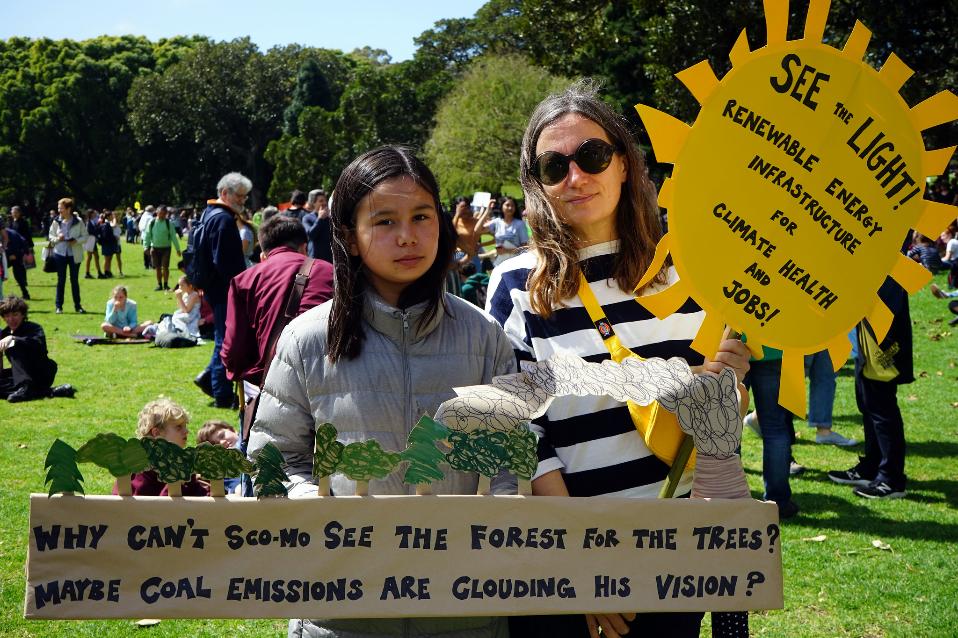 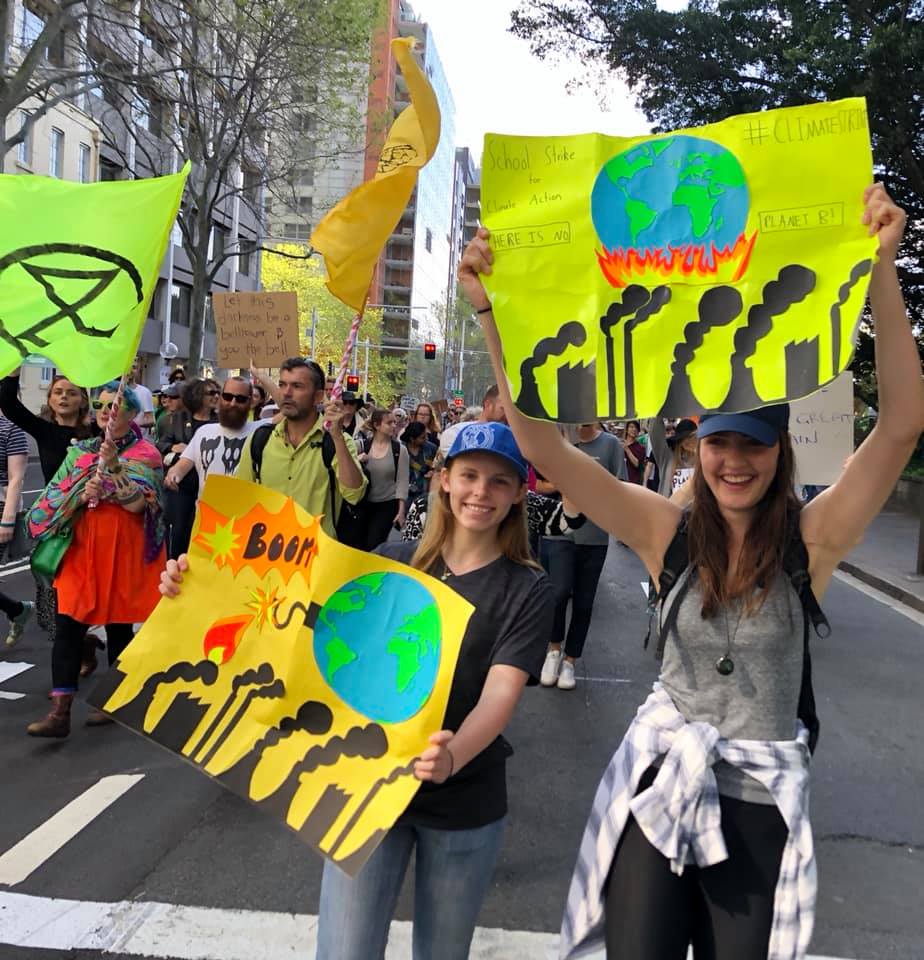 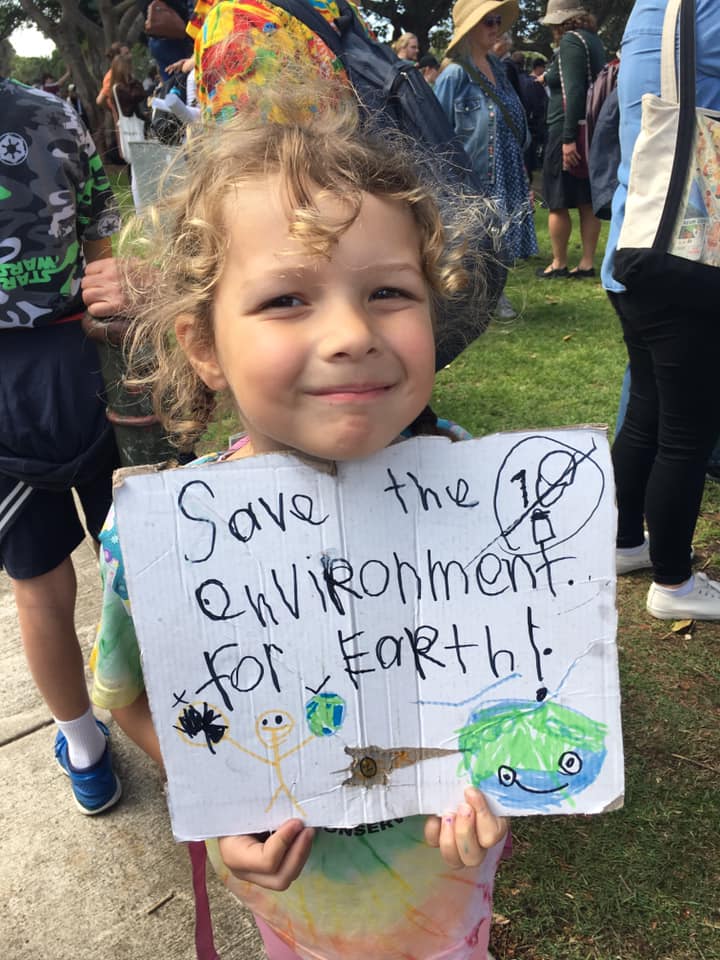 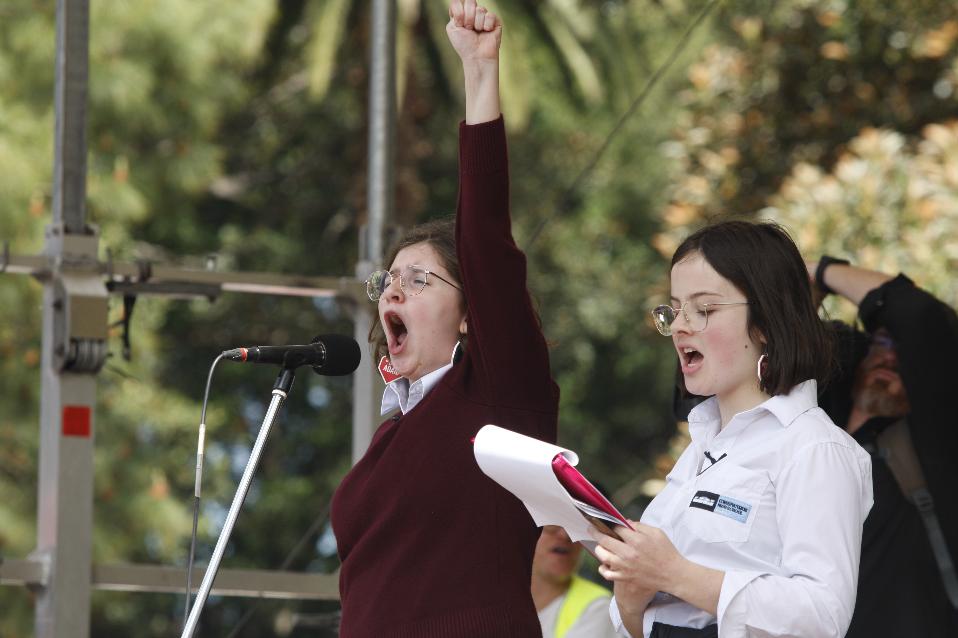 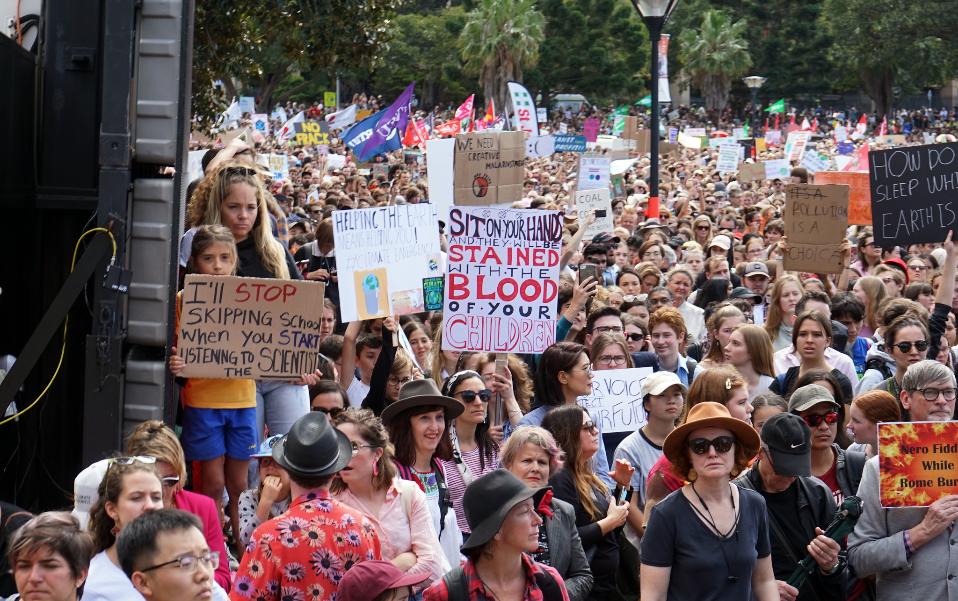