Residents rally for koalas at manly on save the koala day: calls to Prioritise wildlife, stop clearing habitat 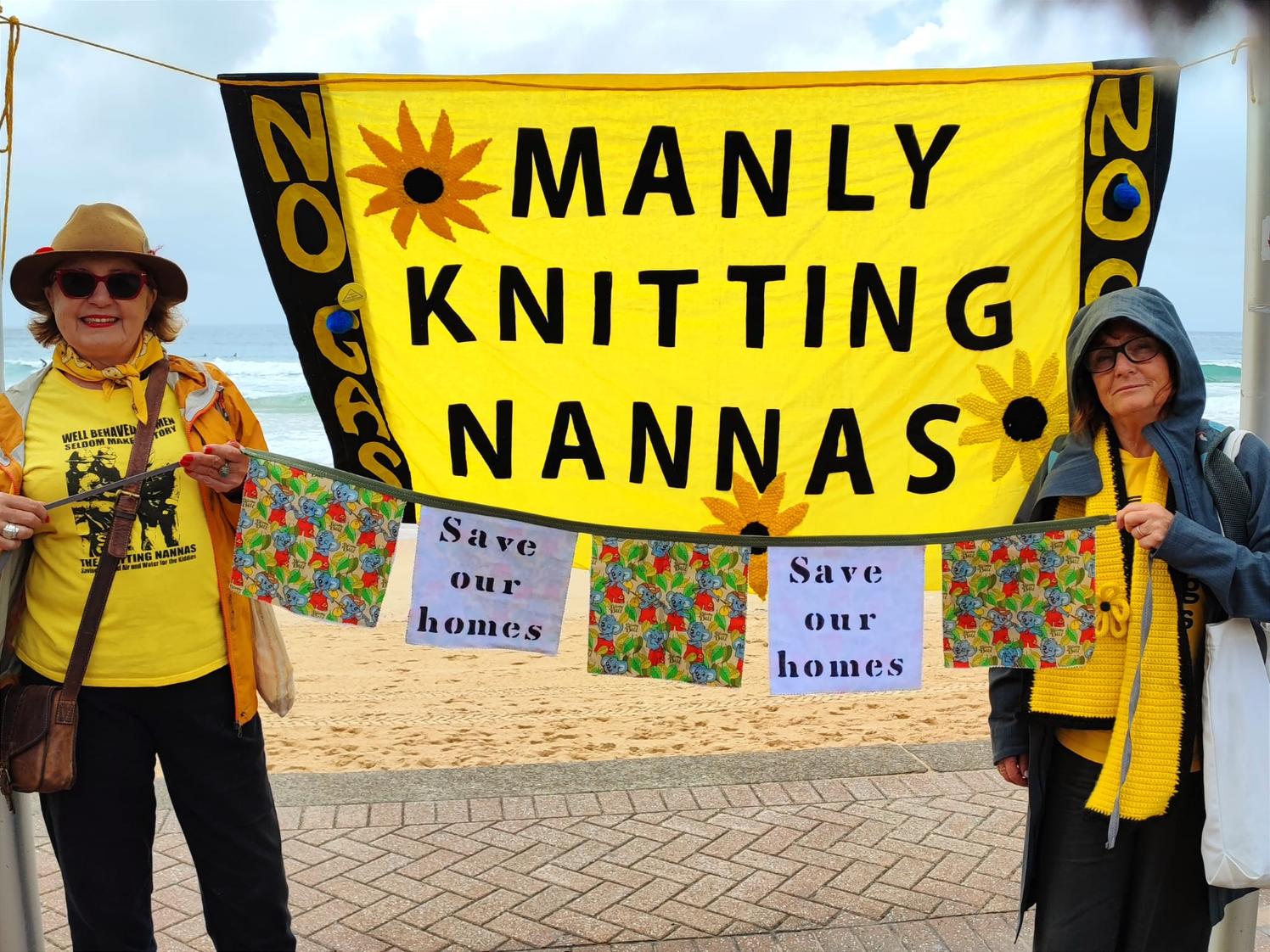 photo by and courtesy Brian Mahony

Residents fighting for the survival of koalas braved wet weather on Friday September 30th to attend a Manly rally calling on NSW Environment Minister James Griffin to save the endangered species from extinction.

The rally, organised by six environmental groups including the Humane Society International, the Bob Brown Foundation, Animal Justice Party, Save Sydney Koalas and Save Manly Dam Catchment Committee, was attended by about 50 people.

Organisers said that koalas had been declared endangered - this year - after an estimated 60,000 were burnt alive in the Black Summer bushfires and an increase in land clearing in NSW by 60 per cent since 2017.

“After koalas were (finally) listed as endangered – our Environment Minister and Member for Manly still says and does nothing!” the organisers said in a statement on Facebook.

''James Griffin should do his job and place native flora and fauna at the forefront of all decisions made.''

“It’s indicative of how much people in NSW love koalas that dozens of people today braved the weather to call on Minister Griffin to do more to save our koalas. With an election less than 6 months away you can bet we’ll be keeping the pressure up.

“Koalas were all but wiped out in the Northern Beaches thanks to the clearing and fragmentation of their habitat. This should serve as a warning to the NSW government but instead they’re allowing a major development at Mt Gilead in southwest Sydney to risk one of the healthiest and happiest koala populations in the state.

Ms Faehrmann refers to the NSW Parliamentary Inquiry in 2020 that found koalas would be extinct by 2050 unless governments took urgent action to save them. Later that same year the National Party’s contentious Local Land Services Amendment (Miscellaneous) Bill 2020 failed to pass the NSW Upper House  and was sent to an inquiry, after Liberal MP Catherine Cusack crossed the floor to refer it to Inquiry.

Multiple threats including habitat loss due to development, disease, global heating and bushfires are placing the species at increasing risk.

The groups have asked residents to sign and share a Parliamentary Petition organised by Save Sydney's Koalas, which needs 20,000 signatures by November 15 to be presented in Parliament.

Save the Koalas of Sydney

To the Speaker and Members of the Legislative Assembly,

Macarthur’s Campbelltown Koalas are uniquely Chlamydia free and the largest recovering Koala population in the Sydney Basin, indeed NSW. The NSW government must stop approving the loss of Koala habitat and corridors in Macarthur (Airds, Campbelltown, Appin and Wilton).

Gilead is the shortest wildlife corridor between the Georges and Nepean Rivers, providing an escape from fire and a pathway to recolonise habitat. Losing Gilead will fragment this local population and push this colony and NSW Koalas towards extinction.

NSW Planning must apply their own Koala protections (SEPP 44 - Campbelltown Koala Plan of Management - minimum 425m wide Koala corridors along creeks & rivers with Appin Road Koala crossings), rather than rely on ‘developer Koala reports’ to approve (rezone/bio-certify) as they have for Lendlease’s Gilead development, and are doing for Walker at Appin and SE Wilton.

We ask the Legislative Assembly to:

At the base of the Department of Planning's page it is stated, under a Legal disclaimer:

The NSW Environment and Heritage Minister approved the CPCP which provides biodiversity certification under Part 8 of the NSW Biodiversity Conservation Act 2016 (BC Act). This approval removes the need for landholders to seek their own biodiversity approvals under the BC Act for development on certified - urban capable land as long as they comply with planning controls under the CPCP, as set out in the Strategic Conservation Chapter of the SEPP (Biodiversity and Conservation) 2021.

The department is currently pursuing Commonwealth approval for the CPCP under Part 10 of the Environment Protection and Biodiversity Conservation Act 1999. Landholders can submit development applications, seek subdivision or start master planning. However, development that will have a significant impact on matters of national environmental significance (MNES) on certified - urban capable land cannot commence until the Commonwealth CPCP approval is in place. If MNES will not be significantly impacted, then the development may proceed subject to other relevant environmental and planning approvals being obtained. If you are unsure whether to submit a referral under the EPBC Act, please contact the Department of Climate Change, Energy and Environment and Water for advice.

The 'Plan' reads like a line from Joni Mitchell's song Big Yellow Taxi. It's a Tree Museum Plan for what's left of the Cumberland Plain in that, if remnant patches of the Federally listed Critically Endangered Cumberland Plain Woodland cannot be found to mitigate that which will be destroyed through the mechanism the Department of Plannings' finalised report (CPCP) this will be compulsorily acquired, with hectares at Razorback already identified to fulfil that function.

In a statement sent to Pittwater Online News Cate Faehrmann, Greens MP and planning spokesperson, said the Cumberland Plain Conservation Plan will not protect koalas or other threatened species.

“This plan will not save Sydney’s koalas. It will facilitate the very urban expansion that is driving them to extinction,” said Cate Faehrmann

“The plan only protects one of the six koala crossings identified by the Chief Scientists Report. The 120km of exclusion fencing they propose will isolate and fragment koala colonies without appropriate crossings.

“The land set aside for koalas is not enough to ensure their population grows instead of continuing its steady decline.

“This plan will see the clearing of over 1500 hectares of Endangered Ecological Communities, including Cumberland Plain Woodland of which there is only 6400 hectares left.

“The plan claims it will more than offset the impacted vegetation but we have seen how flawed the offsets scheme is. There is no guarantee the Government will be able to offset this level of environmental destruction.

“The NSW Planning Minister is trying to get approval under the federal Environment Protection and Biodiversity Conservation Act for the entire 11,000 hectares in one go, removing any need for environmental assessment for future developments. The Federal Environment Minister must refuse this or she will be putting the fate of Sydney’s koalas into the developer-friend NSW Planning Minister, Anthony Roberts’, hands,” said Ms Faehrmann.

The press release out of the NSW Department of Planning states;

It also includes a dedicated reserve to be managed by the NSW National Parks and Wildlife Service, to protect and restore up to 1,830 hectares of koala habitat along the Georges River, with the first land dedications having already been made in April this year.''

''In total, the Cumberland Plain Conservation Plan has 26 commitments and 131 actions which, by 2056, will see the protection of more than 11,500 hectares of conservation land, including connection, restoration, and preservation of at least 5,325 hectares of threatened native vegetation, to offset development impacts.''

None of these koala crossing are as yet in place and those recommended in the 'Advice on the protection of the Campbelltown Koala population Koala Independent Expert Panel 30 April 2020 Report' by Deputy NSW Chief Scientist & Engineer Dr Chris Armstrong PSM are all still listed as plans to make plans in the Planning Departments' finalised report.

However residents of those areas continually say that this is the only chlamydia-free koala population in NSW.

Further north, on September 24th, a report in The North West Star records Santos has applied to undertake seismic surveys over a corridor of approximately 63km within the Gunnedah Basin, within the range of the local koala population and where, in June, researchers began an important trial of a chlamydia vaccine on about 50 Gunnedah koalas, seeking to understand how effective and long-lasting it is in a truly wild population.

'But it's feared the results - which could inform a national vaccine rollout - could be tainted if Santos is allowed to generate seismic waves in the vicinity of their habitat.

That's because stressed koalas are prone to outbreaks of chlamydia.' an AAP report in the Star states

Mark Krockenberger is a professor of veterinary pathology at the University of Sydney, which is helping test the vaccine for its developer, University of the Sunshine Coast Professor Peter Timms.

"The risk, to me, is that it's right at the site where the majority of our animals are. They are a population that's already under pressure and if we add this to it, it may mean we're unable to work out whether the vaccine works or not," Prof Krockenberger says.

So perhaps the koalas in south-west Sydney now do have chlamydia due to the stress of having their homes ripped out from under them and their passages across the landscape they live in blocked.