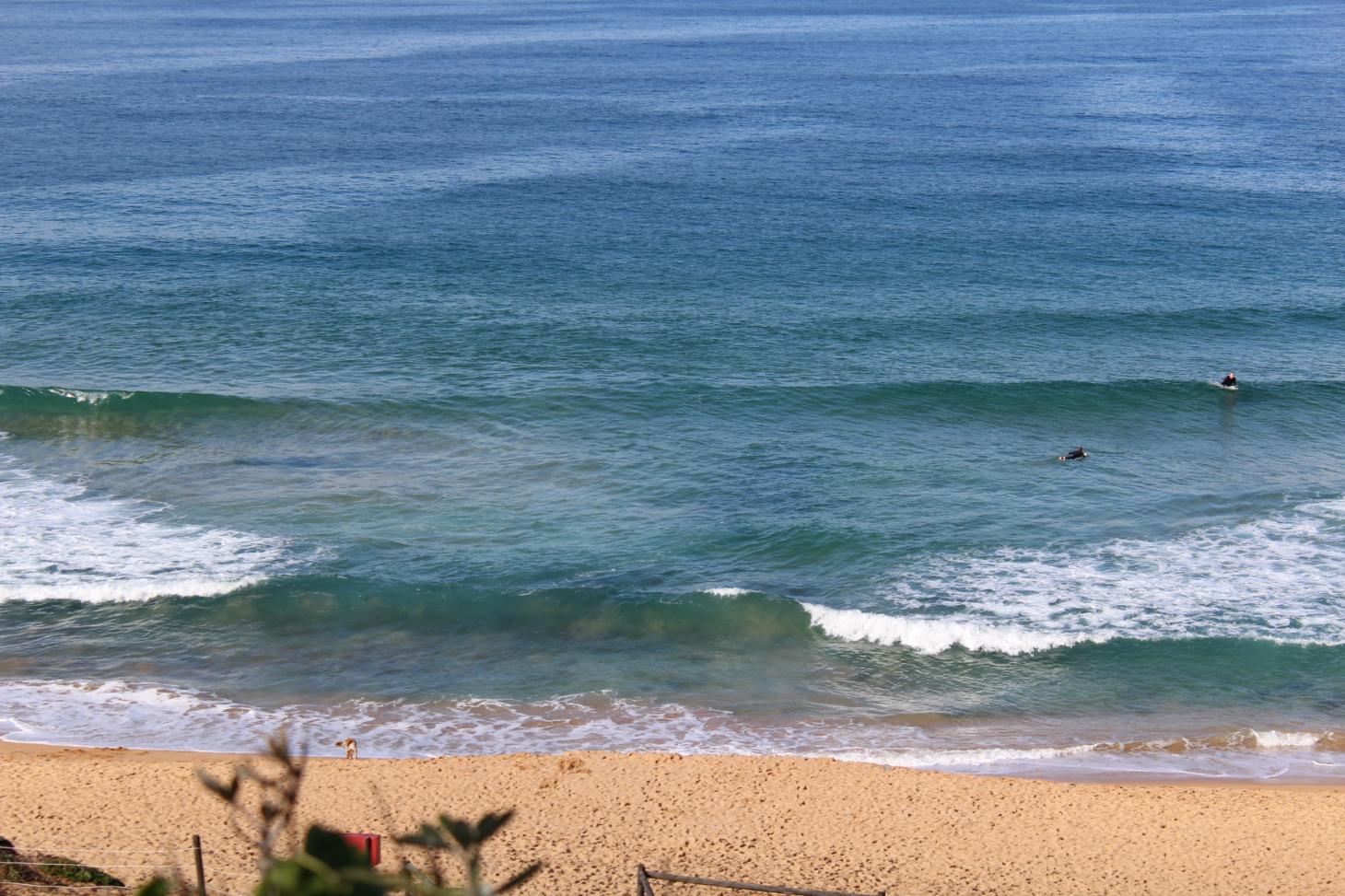 Dog on Mona Vale Beach, unchallenged, July 13, 2020. The owner was halfway up the stairs still
On July 8th 2022 a Sydney lady was awarded $225,000 after herself and her dog were attacked by her neighbours dog, both sustaining permanent injuries.

Zhuo Ling Yin, 64, was walking her dog along Morton St in Parramatta on April 27, 2019 when her neighbour’s dog, a 50kg Rottweiler,  saw them on the footpath, pushed against the unlocked screen door and ran out of the house, through the yard and across the road to viciously attack Ms Zhuo and her small dog.

In a NSW District Court Judge Leonard Levy SC said the 64-year-old was frightened by the approaching dog. Ms Yin picked up her dog to clutch it to her chest protectively.

“Her reaction was understandable given the imposing and potentially menacing appearance of the Rottweiler,” he told the court.

The Rottweiler was undeterred as it “savagely” bit her left hand multiple times until she dropped her Bichon Frise poodle. When the smaller dog fell to the ground, it was mauled and bitten until it was seriously injured.

Zhuo’s screams during the “unprovoked attack” attracted the attention of the dog’s owner, Sukhwant Singh Sidhu, who rushed  to restrain the Rottweiler and provide assistance to the then 61-year-old woman.

Mr Sidhu called an ambulance for Zhou, who was bleeding profusely from several deep wounds to the palm of her left hand, her left thumb and her left wrist.

Judge Levy noted paramedics found the wounded woman in “an extremely distressed state”, however she delayed her own medical treatment until she was sure her dog was being taken to a veterinary hospital.

Ms Zhuo spent five days in hospital after the attack. Her dog was also in a vet's hospital for the same amount of time.

The court heard the victim was left with “significant permanent disabilities” including restricted hand function which has left her unable to perform tasks like writing, typing, or gripping as she used to do. During the time since the attack and Friday July 8th's judgement she has relied on others to perform simple tasks for the first few months and then had to do the best she could alone.

The 64-year-old developed post traumatic stress disorder after the attack, the court heard, with recurring nightmares and anxious flashbacks.

Her dog also suffered “serious and disabling injuries” after the attack, which resulted in lameness after a prolonged walk. Video tendered to the court showed the dog “walking awkwardly” with one lame leg after exercising for half an hour.

Despite the “trauma of the dog attack”, Zhou insisted the Rottweiler should not be euthanised.

Judge Levy emphasised that Mr Singh was “plainly and genuinely remorseful” over the injuries caused by his dog, which he had taken reasonable steps to restrain.

The court heard he readily paid the $3717 veterinary bill for the treatment of Ms Yin's dog at the animal hospital.

The judge recognised the 64-year-old was entitled to damages as a result of the “significant physical limitations” and “significant psychological disabilities” incurred by the dog attack.

The judgment may be read here.

Judge Leonard Levy SC has also recently awarded $50,000 to a mother of a two year old toddler who was attacked by an off-leash dog in a Sydney park.

A young mother, the lady was walking with her two year old daughter when an off leash bulldog ran up and attacked the child.

The mother had to leap on the dog and try and pry its jaws off her daughters face, wrestling the dog onto the ground before she could get her child free. She then had to lift the girl above her head to prevent further attacks, however, the dog persisted.

When she tried to kick the dog away from her daughter she injured her ankle.

Her daughter had to be treated in hospital for her sever facial injuries, undergoing surgery.

The mother brought an action against the dog's owner, stating the attack had aggravated her pre-existing physical and psychological problems.

“The occasion was undoubtedly horrendous to the plaintiff,” Judge Leonard Levy told the District Court. “Plainly, she had been put in considerable fear at the sight and sound of her young child being mauled by the defendant’s bulldog. It must have been a shocking experience for her to have endured,” the judge said.

The court awarded the mother $50,000 for her lasting physical and psychological problems from the attack.

The dog owner did not dispute the circumstances of the attack.

That court judgement did not reveal the fate of the bulldog.

Dog attacks are becoming more frequent across Sydney as owners ignore the rules for keeping their dogs on leash and under control in public areas. In April 2022 another pet owner was traumatised after her pup was attacked by American Staffordshire Bull Terrier at Bronte. Her pet, a Schnauzer, sustained a degloving injury. The owner was also badly injured trying to protect her dog at 7.15pm on the Bronte Beach promenade. Three people had to come to her aid to get the larger dog off her and her pet.

The Schnauzer's injuries were horrific, the people who witnessed the attack also traumatised.

The owner of the American Bull Terrier, who allegedly fled the scene, also had a Rottweiler. Neither of the dogs were on leashes according to witnesses.

Waverley Council were notified of the dog attack and have sought to identify the man whose dogs were involved in the attack.

Waverley Council permits dogs to be off-leash in Bronte Park Gully between the hours of 3pm and 10am, however dogs are not permitted on the beach, near the ocean pool, within 10 metres of the children's playground or near the BBQs. Dogs not being allowed near children's playgrounds under the NSW Companion Animal Act, 1998.

Unfortunately, at the time of this attack, that council's rangers would not have been on duty.

Those in charge being absent when these incidents occur is also referenced in a 2020 report from Victoria. In those instances, Raymond Island, a Victorian tourist destination, has seen visitors taking their dogs off leash into the area where they have been attacking koalas, echoing what has occurred in Pittwater where dog attacks on the once resident koalas is listed as a main contributing factor to their being extinct here.

In that location signage stating dogs must be on leash had been ignored.

In another incident one of the wildlife rescuers was appalled when holidaymakers thought it was “really lovely” to watch their golden retrievers chase swans, ducks and their ducklings into the water.

“They’re standing on the bank encouraging the dogs, thinking it's really cute that they're swimming out after the ducks,” she said to Yahoo news.

The holidays and an increase of pets being brought into these places where wildlife lives clearly impacts on the protected species, as all Australian wildlife is, as well as those who attend to the wildlife attacked.

Although the two cases where an award for compensation has been made to the victims indicate the NSW District Court will act in these matters, the sums awarded to the victims are by no means near what is awarded overseas in similar actions.

In 2015 a DeKalb County, Georgia jury awarded a girl who suffered permanent injuries in a pit bull attack $72 million. Two of the jurors owned the same breed of dog.

Judge Mathew Robins ruled that, by law, he had to reduce the award to $36,941,278.50. In that case a then 8 year old, Erin Ingram testified she thought she was going to die when two pit bulls ran to her from the owner's house four doors down.

Erin had been shooting baskets in front of her house in March 2010 when the dogs knocked her to the ground and bit her repeatedly. Her left arm had to be amputated, and she lost most of the use of her right arm.

"My family has been having hard times since the accident," Erin told the court. "I have nightmares about everything over and over, and I cannot sleep."

That awarded amount tops the list of several high payments in the US, but is by no means.

Anneka Frayne, in an article written for Stack Lawyers, explains that owners of dogs are liable in damages if another person is wounded or attacked.

Section 25 of the Companion Animals Act 1998 states the owner of a dog is liable in damages in respect of bodily injury to a person caused by the dog wounding or attacking that person.

Section 16 contains hefty fines if the attack is the result of the owner’s recklessness – more if the dog is classified as dangerous or restricted.

The court can award compensation for pain and suffering, medical treatment, damage to clothing or property, loss of income, care and assistance required due to injury.

If the dog owner has household insurance, the victim can also take action against the insurer.

The Civil Liability Act is another piece of legislation which may be applicable for victims of dog attacks.

It applies to claims for damages for harm resulting from negligence. It can include loss of income, distress or situations where the dog owner is hostile or violent.

The compensation awarded to Ms Yin on Friday July 8th is worth bearing in mind given the council here has announced its intention to make a public for feedback an REF it states will allow dogs to be off leash on south Mona Vale Beach and North Palm Beach. 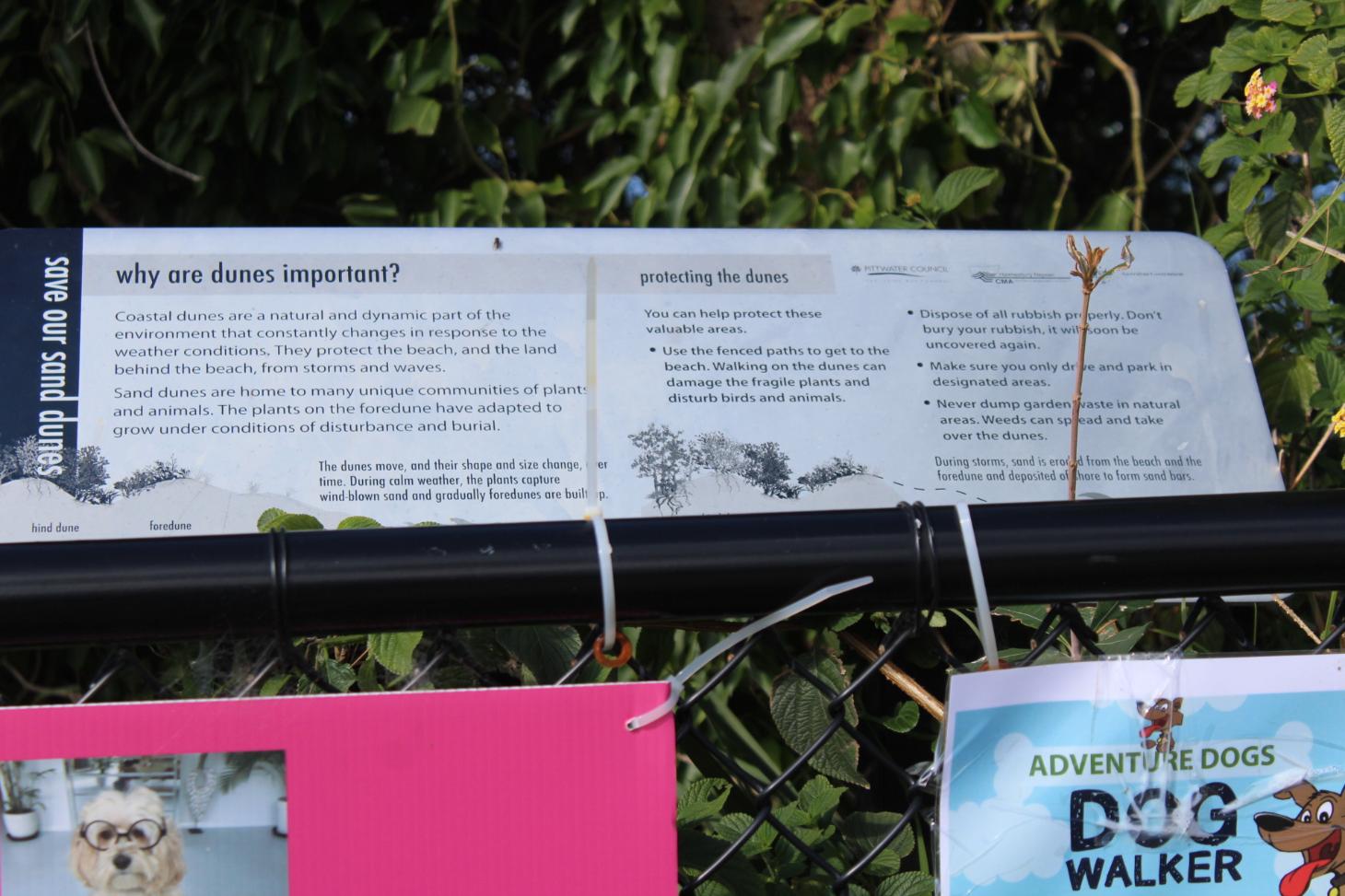