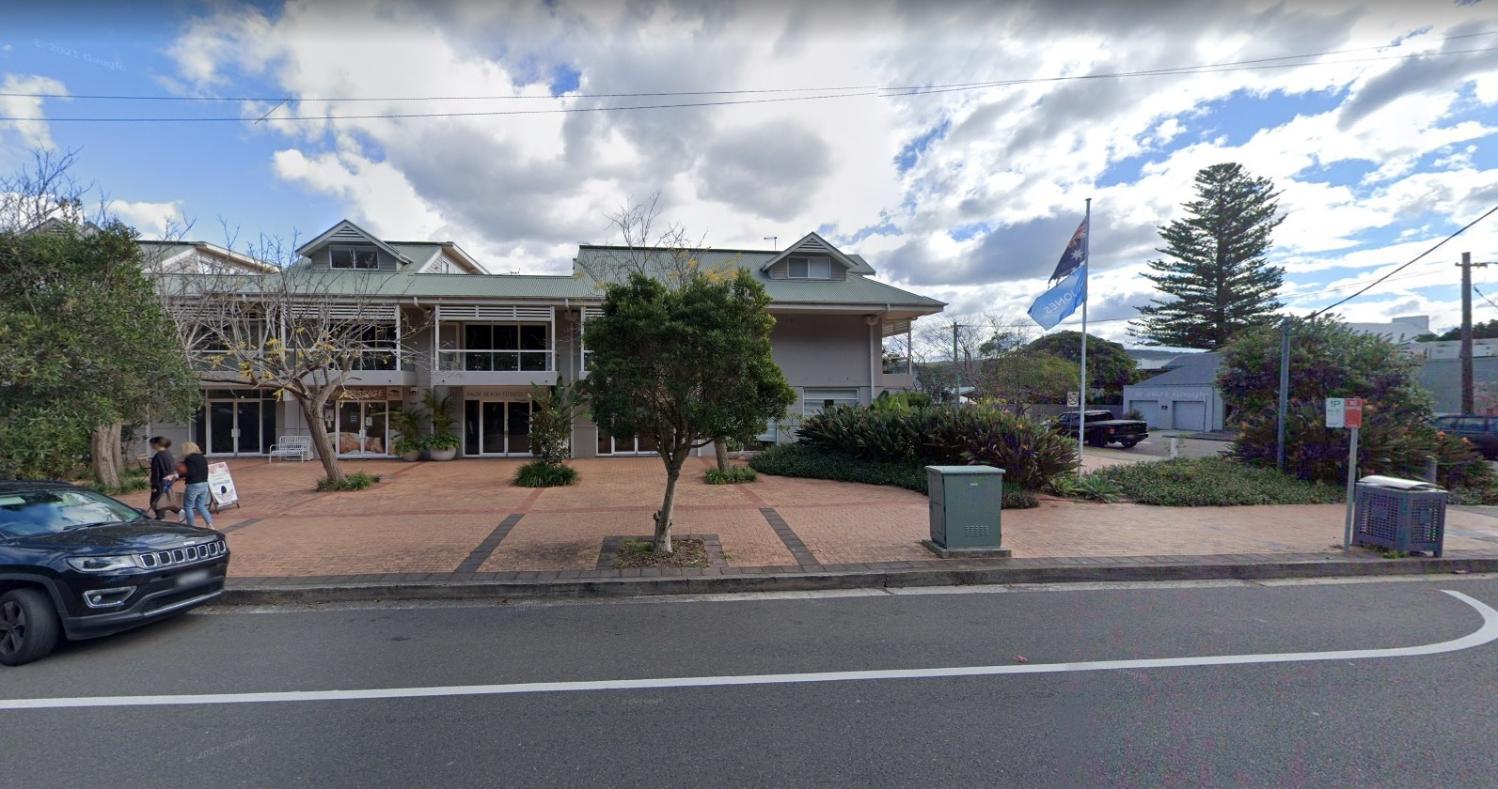 Residents of Pittwater are concerned about a proposal for 1105 Barrenjoey Road Palm Beach which is, again, completely out of character with the local area.

The proposed development covers the entire site, removing all trees.

The DA, over 4 levels, (including basement parking) seeks to erect a 3 storey above ground shop-top complex comprising 5 shops at ground level and 11 apartments, the bulk of these with 3 bedrooms. Just 31 car spaces will be provided for all retail and apartments, which includes 10 for the retail outlets.

Residents state they have a legitimate expectation that the development on properties in the area will comply with the area's planning controls.

Council’s refusal of Development Application No. 2021/2362 has led the Land and Environment Court, with a Meeting commencing on the site at 9.30am June 23rd 2022.

This Meeting will be held at the Iluka Apartments opposite the Palm Beach Wine Shop.

At the conciliation conference, a Commissioner of the Court will meet with the parties, their legal representatives and any experts which the parties are relying upon to ascertain whether the matter is capable of resolution or whether the issues can be reduced.

The montage and plans of this particular proposal may be accessed on Council's website.

A further date for a Registrar Directions Hearing is listed for June 30th.

This development proposal is down the road for a similar plan for the former Palm Beach Fish and Chips site. This is another 3-storey proposal that will tower over the heritage listed Barrenjoey House, obliterate the beautiful sight of green banks above it, and stare an overreaching façade at the historic Snapperman Beach and Pittwater Park estuary front should it proceed as is.

That proposal, as of June 10, 2022, needs to address Council's Natural Environment Referral Response - Flood - which finds that the application is considered unsatisfactory from a flood planning perspective of section B3.11 of DCP and the applicant is required to submitted amended plans indicating compliant with clause C7.

This proposal was based on a 2014 DA approval for four apartments and three retail spaces which was 'modified'  and submitted in May 2021 as 6 apartments instead of 4, and had a height breach of approximately 3.13 metres (Mod2021/0203). A handful of residents surrounding the proposal site were notified and given just two weeks to provide feedback.

Word quickly spread though and due to the community backlash to the vast changes that were deemed not merely 'modifications' the developer was required to submit new plans.

These were submitted for feedback in May this year (DA2022/0469). Another barrage of residents submissions from the community pointed out this was pretty much the same development as that submitted before - another three-story edifice that will dominate the landscape and exceed the site’s 8.5m height by as much as 2.99m in some parts.

A height variation request has been submitted.

Residents find the rejiggled proposal 'a monstrosity, imposing, grossly out of character with the area' and, according to the owner of a property behind the site, even higher than the previous proposal, while the homeowner beside it has concerns about the excavations presented in the DA documents, especially since these state they will need to use that neighbours property to do so and no permission has been sought.

"It is a bulky building that not only flaunts height restrictions but is of an ugly, pretentious post-modern design; a complete anachronism," one objection reads. "With heavy neo-classical porticos and a pitched federation roofline it is not at all sympathetic to the site and the lifestyle of the area."

the Palm Beach fish and chip shop site has been cleared by the developers. Image supplied

The Greece based owner of land on the other side of Barrenjoey House and up to the northern edge of the old Palm Beach Milk Bar has accepted an offer for that parcel of land. Plans for a development more sympathetic to the site were drawn by Architect Stephen Lesiuk, who has since passed away. Nothing has, as yet, been lodged with Council.

Residents state it is clearly time for an Heritage and Environment value to be placed on the Pittwater end of the peninsula before those with too much money who are keen to make too much more run further amok.

Palm Beach house prices has seen a spate of development proposals during recent months which seek to not only excavate the hillsides flat but fill the block with so much concrete that not one tree or inch of ground right up to the kerb of the road is spared. In the reckless pursuit of mammon profiteers seeking to cash in destroy what it is they are seeking to sell, before they quickly depart, leaving the natural beauty of the area ruined and the community robbed of the places it once gathered communally in.

These proposals all breach height limits, all disregard the cultural values and village feel of the area they seek to impose themselves on, and all want to line the road with edifices designed to not only block out the sun but tower over those travelling along these paths so not one vista of green hills flowing into blue water is left.

Instead of a DCP compliance a DCP free for all is occurring over and over where a developer will take the Council and its ratepayers to the Land and Environment Court instead of adhering to what is in place as that extra 3 metres above the height limit means an extra storey and millions more, disregarding where a pavement, plaza or communal spaces were also means millions more.

Richard West AM, President of the Palm Beach Whale Beach Residents Association stated this week that the PBWBA has put in a submission to Council to make this a 'Special Precinct' in order to preserve the seaside village atmosphere of the Barrenjoey peninsula.

It is hoped this will be included in the new DCP Council is working on at present.

However, these DCP's need to have teeth and be backed up at a state level with the firm message there is no more 'wiggle room' - plans drawn should demonstrate a clear understanding and respect for the local Development Control Plan (DCP) not view this as mere 'guidelines'.

Similarly LEP's need to be the rule, not an aspiration, of what must be adhered to.

In the late 1980's Warringah Shire Council commissioned Greg Burton (an architect who specialises in heritage landscape) to do a Heritage Study of Pittwater and the Barrenjoey Peninsula. The Council instructed Greg to detail a scenic protection zone from the water to the land.

The whole argument being the special and visual structure and analysis of this physical place needs to be preserved in perpetuity - as that's what makes this place so unique and beyond price. The mantra of this Study was “respect the forest and make the buildings invisible”.

Unfortunately, this comprehensive study was never acted on and the proposals it presented were abandoned.

A copy of this four volume report, which gathers dust in Mona Vale Library, could form the base of what clearly needs to be put in place.

When the first proposal to ugly up the Palm Beach Fish and Chip site was submitted in 2021, Pittwater Online spoke to one of the Palm Beach members of a newly formed residents collective, the Pittwater Environmental Heritage Group, Anna Maria Monticelli.

Supporters state the Pittwater Environmental Heritage Group needs to have all of Pittwater's residents as members, if only to stop our rates being wasted in the Land and Environment Court as Council seeks to stop inappropriate and disregarding the DCP development proposal after development proposal 'requesting height variations'. Residents and those embattled members of Residents Associations deserve better than house flipper after house flipper smirking their way through here and the L&E Court.

Residents state this is a place people from all over Sydney and all over the world run to for its open space, a place where you can see the top of the green hills simply by looking up from the pavement and smell the salt air simply by turning your face into the breeze, and should remain as such, for those who visit, for those who live here, for those yet to come.