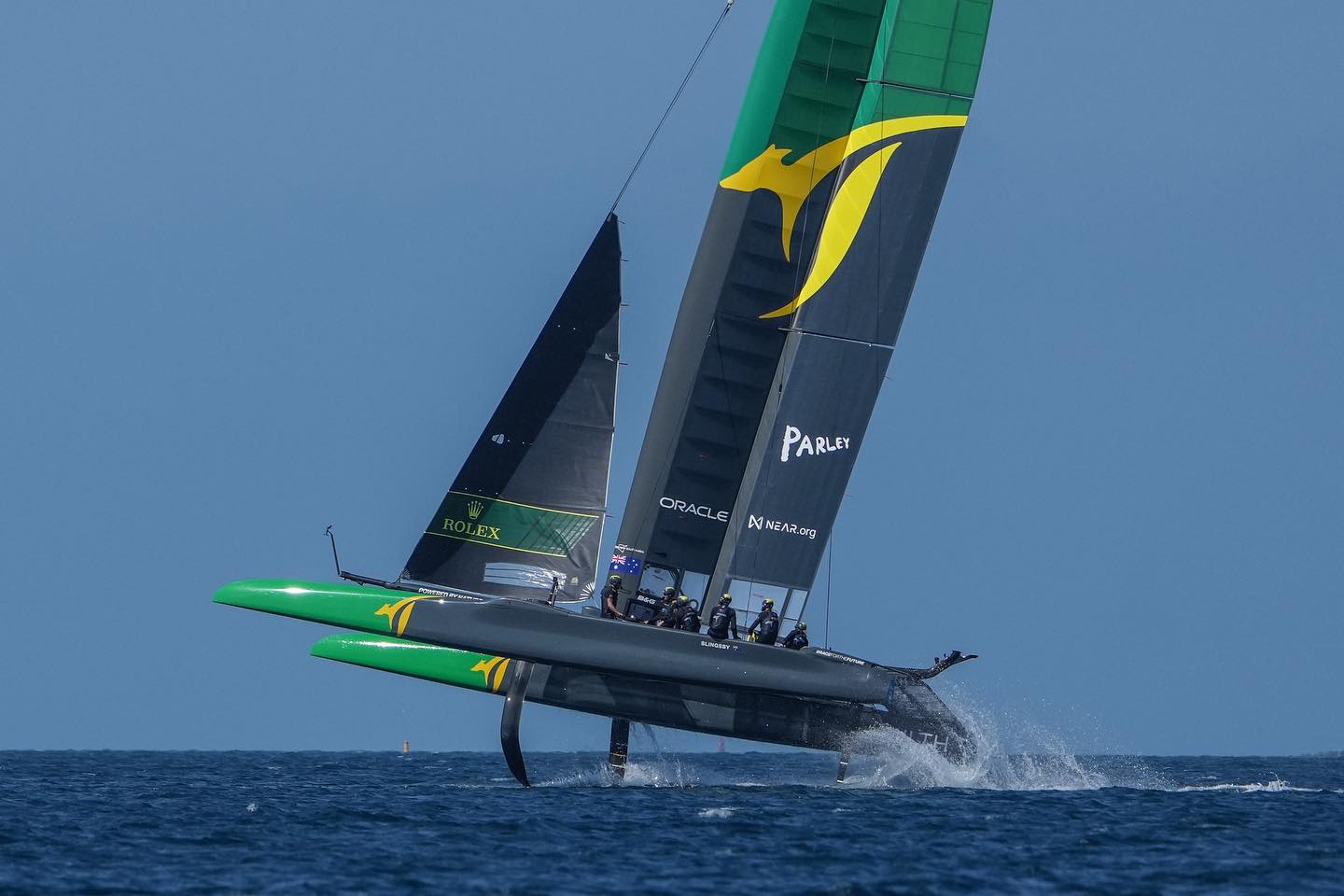 SailGP Season 3 launches on May 14-15 and is back bigger and bolder, with an expanded season, new national teams, innovative tech, world-class athletes and even more impact. All of which will guarantee high speeds, fierce rivalries and some breath-taking action when the teams return to Bermuda’s Great Sound for the SailGP Season 3 opener – the Bermuda Sail Grand Prix presented by Hamilton Princess.

Just six weeks on from a nail-biting Grand Final in San Francisco, which saw Tom Slingsby’s Australia team take the SailGP Championship Trophy for the second season running and Peter Burling and Blair Tuke’s New Zealand team win the podium for the planet – the inaugural Impact League – the high-flying fleet of F50’s, driven by the sport’s best athletes, return for Season 3.

SailGP Season 3 features an expanded calendar that spans 2022-23 and combines previous SailGP venues such as Bermuda, Plymouth, Saint-Tropez, Cádiz and San Francisco with new destinations including Chicago, Copenhagen, Dubai, Singapore and New Zealand. One final venue is expected to be announced in the coming weeks, to make up an 11-event season.

Not only is the season busier but so is the race course, with two new franchise teams added to the roster, Canada and Switzerland. Phil Robertson – a SailGP driver known for his aggressive tactics who finished third in Season 1 – will start Season 3 in new team colors, as driver of the Canada team. At the other end of the spectrum will be the youngest driver in SailGP with Sébastien Schneiter – age 26 – at the wheel of the newly formed Switzerland team. They will join established names and highly decorated athletes including Tom Slingsby (AUS), Sir Ben Ainslie (GBR), Jimmy Spithill (USA), Peter Burling (NZL), Quentin Delapierre (FRA), Jordi Xammar (ESP) and Nicolai Sehested (DEN).

One of the casualties from the new teams joining the league is Nathan Outteridge’s Japan team. Runner-up in both Season 1 and 2, Outteridge finds himself without a boat for the start of the season with only nine boats available, due to a series of external factors that has meant the tenth boat cannot be completed in time. In order for Canada to enter the league, the Japan SailGP Team will sit out the first events of the season. SailGP is working hard to get boat 10 completed and it is expected to be ready to race from the fourth event in Copenhagen allowing for shipping, structural testing and sea trials. The difficult decision – after much deliberation – was made based on logistical and commercial considerations.

For the second season running, each of the teams will include female athletes as part of SailGP’s Women’s Pathway, which aims to fast-track the training and development of female athletes with the goal of creating an inclusive sporting championship that has gender equity. In a bid to accelerate the program, for Season 3, each team will have three female athletes join throughout the season to gain vital training and racing experience on the F50.

Tom Slingsby’s Australian crew commenced training on the Great Sound in Bermuda On May 9th, with newest and youngest team member Natasha Bryant getting behind the wheel of the F50.

Natasha Bryant, 21, of Pittwater, will join the team for Season 3 through the Women’s Pathway Program (WPP) and will race for the first time at the Bermuda Sail Grand Prix presented by Hamilton Princess on May 14-15.

The program aims to fast-track the training and development of female athletes with the goal of creating an inclusive sporting championship that has gender equity. In a bid to accelerate the program, for Season 3, each team will have three female athletes join throughout the season to gain vital training and racing experience on the F50.

Natasha Bryant said: “I am absolutely honoured to be a part of this team because I’ve looked up to these sailors since I was a young kid. Every chance I got I would watch the team racing in SailGP so it’s pretty surreal that I now get to be a part of this.”

Tom Slingsby said: “Today we had Natasha on the boat and she spent half of our session steering the F50 with my guidance. She did an amazing job and was able to stay perfectly in control with a lot of wind and gusts of up to 25 knots at times.”

Natasha Bryant said: “I was learning how I need to steer the wheel to control the angles upwind and downwind. I also tried flying and driving at the same time. There definitely is a lot to think about but everyone was super helpful with talking me through each manoeuvre.”

After taking home the SailGP Championship Trophy for the second season running, Slingsby, The Australia team driver and CEO, has selected several members of his winning squad to join him in season 3, which commences in Bermuda on May 14-15.

In Season 3 the stakes will be higher for the SailGP Championship. Increased prize money will be awarded to the top three teams at each event as a bonus. For teams that shine in the Impact League – they will also win prize money on behalf of their purpose partners to help them further increase their impact.

The league will ensure that it continues to have a positive impact wherever it races, working with host cities on a minimum of one local impact project focusing on clean energy and blue carbon restoration. Sail GP has a focus on combatting climate change and accelerating the tyransition to clean energy. SailGP measures, reduces and contributes the championship with a target of 55 per cent reduction based on science by 2025

SailGP remove more carbon than its footprint by investing in U.N. renewable energy projects and mangroves with our key partners

The ethos and mission is:

Through the SailGP community outreach program Inspire and through its three pillars – Learning, Careers and Racing – it has engaged over 8,000 young people around the globe, well on its way to reaching its target of 10,000 young people by 2025.

New teams will have to get to grips quickly with the high-speed, hydro-foiling F50’s. True to its ethos of innovation, all F50s have been fitted with upgrades for Season 3 – designed to increase speed and stability around the race course, which will likely see the F50 beat its current top racing speed of 98.3 kph.

Upgraded control systems with new steering wheels, foils and rudders will be tested and installed on all boats during the season. Built by SailGP Technologies in New Zealand, the new hydrofoil has been designed as a T foil with the horizontal wing machined in titanium, allowing the foil to be thinner than the ones currently used in SailGP’s F50s. This delays the onset of cavitation – where at high speeds, very low pressure is created on the suction side of the foil, where the water literally vaporizes or boils around the foil, causing a big loss in performance with more drag and instability.

New technology will also play a large part in SailGP Season 3 and through a major partnership with NEAR, SailGP will explore the sale of a new team to a DAO launched on the NEAR protocol –a first-of-its-kind community engagement and activation platform in professional sports. Together the partnership will develop real-world IP and web3 applications across fan engagement, data delivery and management and league management across DAO’s, ticketing, NFTs, app integration and gaming.

Once again, SailGP’s season will culminate in San Francisco on May 6-7, 2023, where the champions of both podiums will be crowned. In addition, for the first time, SailGP will also crown its eSailGP champion at the same time, in a live event in San Francisco. eSailGP – in partnership with World Sailing and Virtual Regatta – will start with eSailGP Bermuda and then mirror the main championship calendar. The winner of eSailGP will not only go on to represent the league at the eSailing World Championships but also win a ride on an F50 in real life at an event of their choice during SailGP Season 4.

SailGP CEO Sir Russell Coutts said: “The vision, when we set up the league, was to create an annual championship with a global calendar of events where the very best professional sailing athletes compete against each other on an equal footing, thereby growing their fan base and building brand equity and commercial sustainability in the teams for each competing nation. By achieving that, it creates a consistent pathway for future talented young athletes to aspire to be part of. We also wanted to have a positive impact in the cities where we race and lead by example in the preservation of our environment, especially in creating and utilizing clean energy solutions.

“As we embark on an expanded calendar for Season 3 – that sees racing take place in some of the most iconic cities around the world and includes the addition of two new franchise teams – I am really excited about the future of SailGP. Personally I can’t wait to see how this next season unfolds and which of our teams will be victorious in both our Season Championship and our Impact League.”

For all the inside news and views visit SailGP.com. You can follow the Australian SailGP Team via FB at: https://www.facebook.com/SailGPAUS 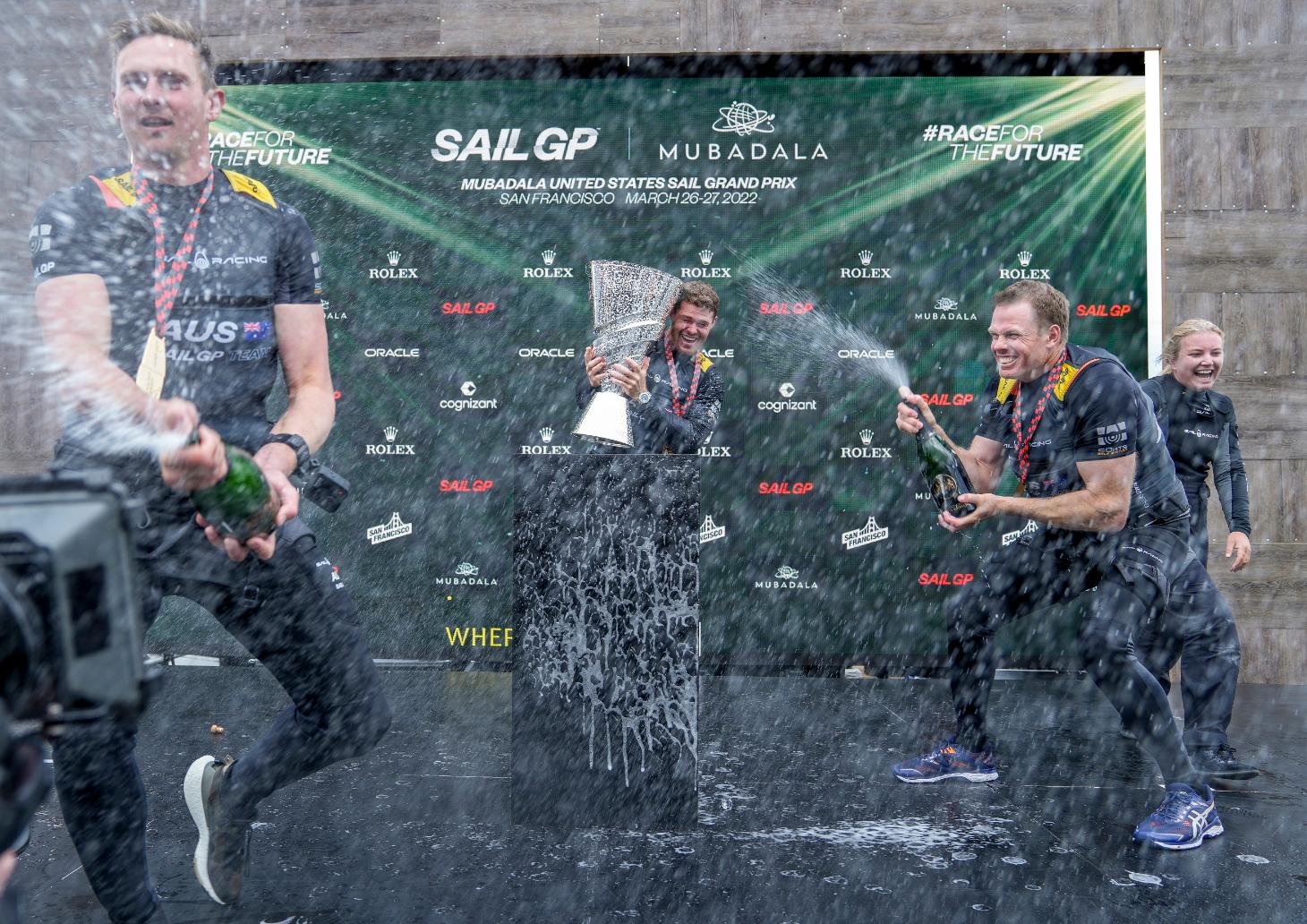 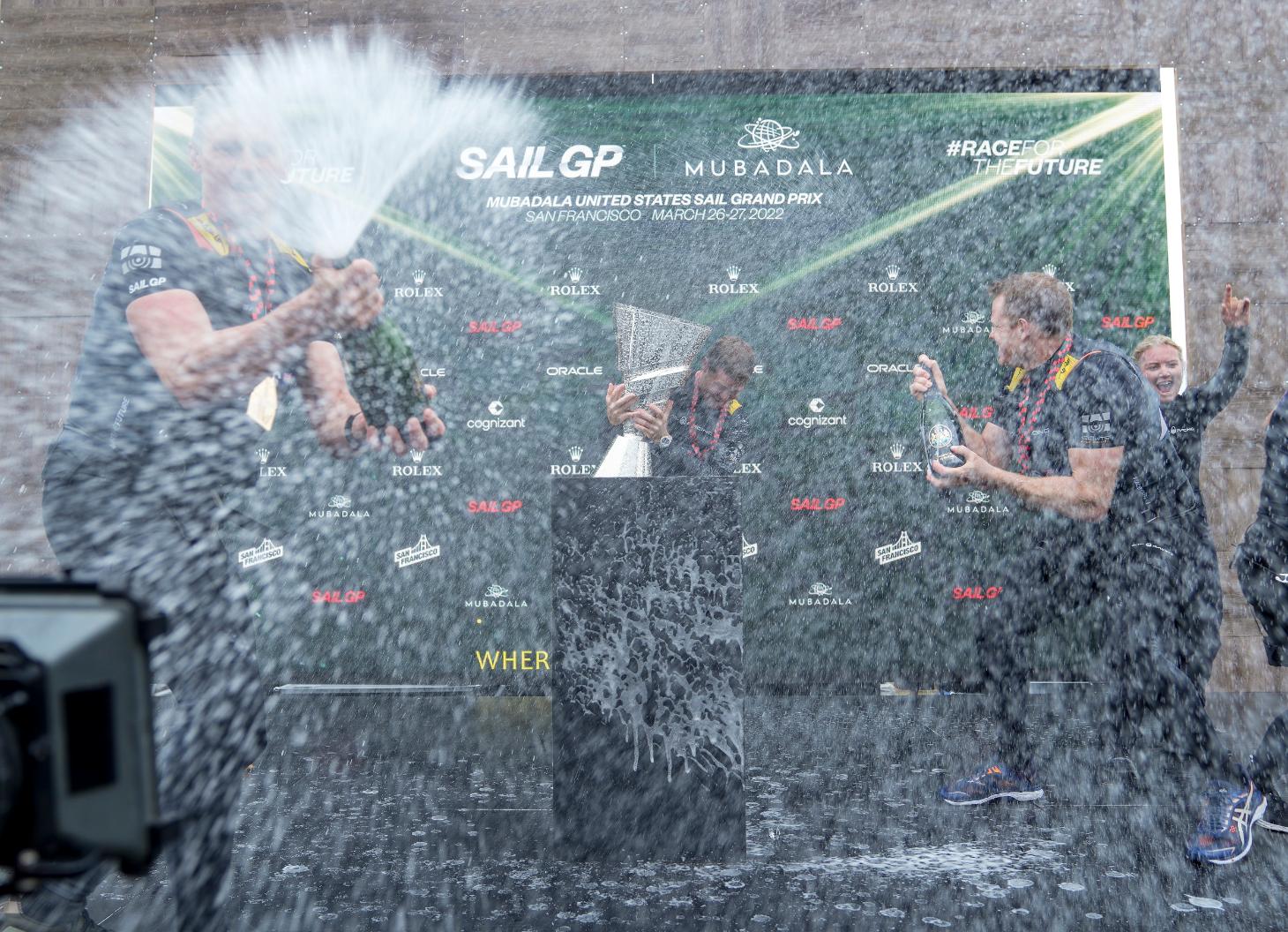