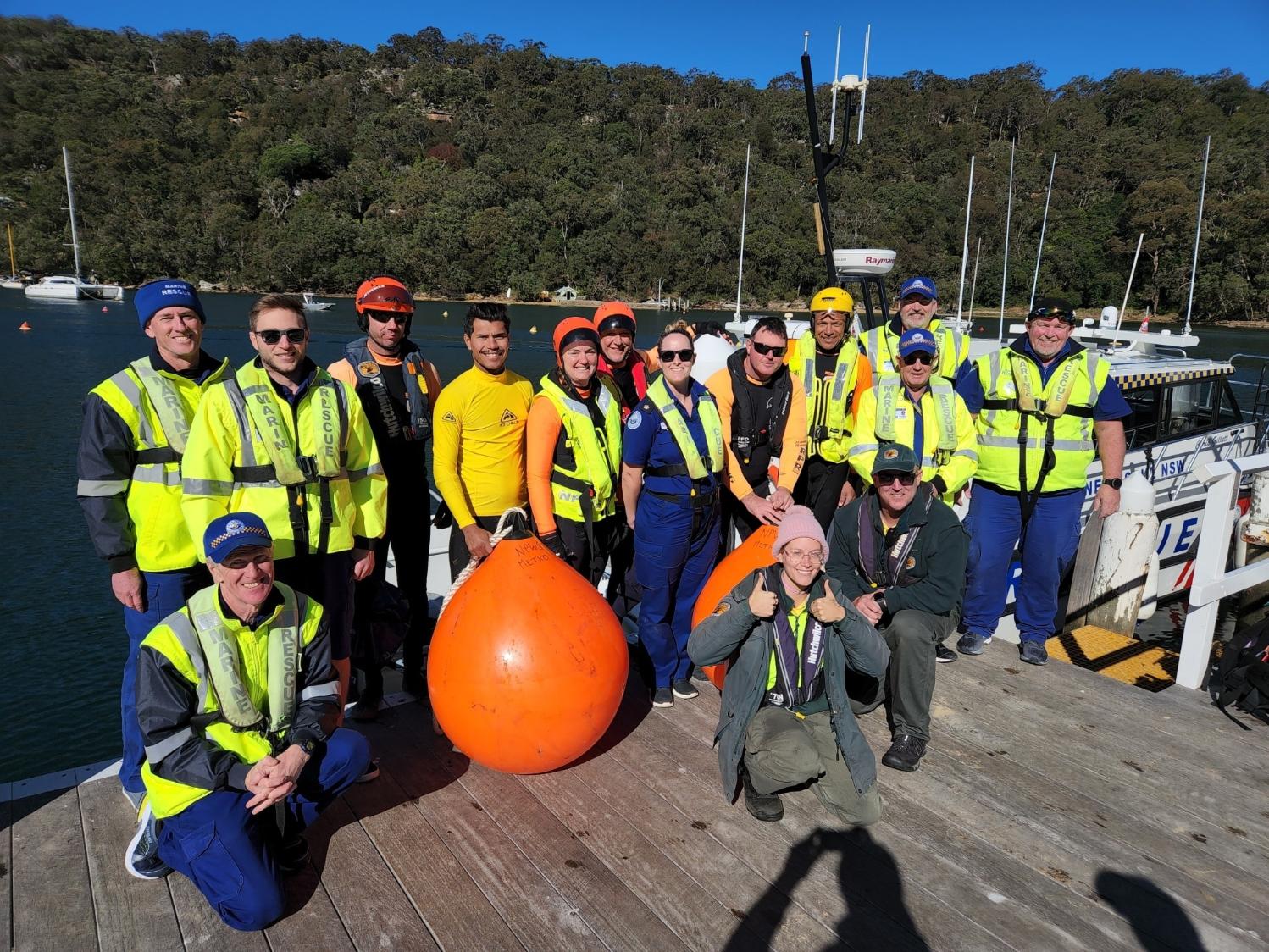 Our local Marine Rescue NSW Units have been doing some Winter Training in recent days. Marine Rescue Cottage Point has been undertaking Night Navigation with members while Marine Rescue Broken Bay members have been busy with their first aid and vessel emergency drills - something they are required to do every 6 months. Under the watchful eye of the weekend duty officer, members are supervised completing their drills and are signed off as competent.

If you're boating at night, please make sure your navigational lights are fitted correctly and working. For a refresher on the rules visit: https://bit.ly/3MRQ5bT

The other training our local Marine Rescue NSW units have been involved in has to do with some of our coasts' larger annual visitors.

Whale migration season has commenced with the peak of the season occurring towards the end of June and throughout July. Although Humpback whales are the main species you will see off our coastline, southern right whales, sometimes even blue whales, minkes and orcas (killer whales) are passing this place.

Marine Rescue NSW and the NPWS have a memorandum of understanding that sees the two organisations collaborate when a whale requires assistance, with volunteer members training together and our rescue vessels providing a large work platform or 'mother ship' during actual responses.

Speaking about this in 2021 Mel Hall from the NPWS said staff undertake training on how to safely free a large whale tangled in ropes and buoys.

"Only highly trained, specialist teams should attempt to free a trapped whale and our goal with this training is to make sure our staff are equipped and ready to respond.

"Just before the humpback migration season every year we undertake this 2-day training that includes working in inflatable vessels to free a 4-metre inflatable 'whale tail' entangled in lines and ropes.

"Staff are also trained to attach satellite tracking devices to an entangled animal to help teams track and relocate the whale in case an immediate rescue is not possible.

"The team's surf skills are also put to the test to make sure we have the most experienced and capable rescue team on the job," said Ms Hall.

The annual whale count numbers have been steadily increasing by around 10% each year, which is extremely good news. However, with more whales moving along our coast it is to be expected that more may become entangled in fishing gear, wash up onto our beaches or be struck by boats.

"The best way for people to help these animals is to immediately report any sightings of entangled or distressed whales to authorities.

The Sydney based NPWS whale disentanglement team is one of several along the NSW coast trained to intervene if an animal is reported in distress.

When speaking to ORRCA vice president Jools Farrell in April this year, prior to an ORRCA Training Workshop at Newport, with over 30 locals attending to help as ORRCA volunteers, Jools explained that Winter can be a 'peak season' for members being deployed to look after a range of species.

With the change of seasons comes an increase in marine mammal incidents all over our countries coastline. ORRCA volunteers wrapped up the first week of Winter with Humpback whale entanglements, Fur seal entanglements and even a Dugong stranding, alive, on a Queensland beach.

This week news from Australian Seabird & Turtle Rescue Central Coast on information released into the recent deaths of the leatherback turtles that we had washing up on our coastline back in March and April showed those found locally likely died from drowning after being caught in nets.

There was a total of 7 carcasses, four of these were able to be retrieved for further analysis. Out of the four specimens analysed, one had signs of  infection and unfortunately the other three were most likely lost due to entanglement issues. Ironically, this coincided with the rollout of additional shark mitigation measures.

Entanglements from fishing and shark mitigation practises are one of the many threats our marine turtles are facing. The leatherback population worldwide has been in rapid decline since the 1980’s, in fact it is estimated that the pacific ocean population may be down to less than 2300 breeding females.

How can you help?

If you find an entangled sea animals:

The official whale watching season kicked off on June 1st during which local communities along the NSW coast et to witness these amazing creatures on their epic 5000-kilometre journey from Antarctica to Queensland waters, and back again!

If you like watching whales, there are two events you can get involved in this June to help this gentle giants out by raising awareness of them.

The first is Living Ocean's Traditional Welcome To Country For The Southern Humpback Whale Migration which will be held on June 24th.

Environmental organisation Living Ocean is proud to host a traditional indigenous Whale Welcome to Ocean Country to be held at 7:30AM on Friday 24 June at the Avalon Surf Club, 558 Barrenjoey Road, Avalon Beach.  Details of the great whale census, to be held by collaborative partner ORRCA on 26 June, will also be announced at this event.

Tens of thousands of Humpback Whales are expected to migrate north along the East Coast of Australia from June to September. Traditionally the local indigenous people, the Garigal of the Guringai whose totem is the whale, have always welcomed the migration to their Ocean Coast.

Local elder Uncle Neil Evers will perform a smoke ceremony, followed by whale songs on the didgeridoo, and finally the local community will call the whales in the traditional way by squeaking their feet in the sands of Avalon Beach.

The annual Southern Hemisphere whale migration is one of nature’s most spectacular events, with these magnificent animals travelling up to 10,000 kilometres. However, it’s not just about their journey, as the importance of whales in terms of climate change is staggering when you consider each great whale captures 33 tons of CO2 on average, taking that carbon out of the atmosphere for centuries. At the same time, whales supply the ocean with the nutrients required to grow phytoplankton, which capture ~40% of all CO2 produced. Just a 1% increase in phytoplankton thanks to whales would capture hundreds of millions of tonnes of CO2, equivalent to 2 billion trees.

David Cousins, Living Ocean Vice President, says ‘the preservation of the marine ecosystem to boost whale populations is paramount, as the lungs of our planet actually reside in the ocean.’

Living Ocean is a not-for-profit organisation which operates as a centre for marine studies with a focus on marine animal behaviour, macro and micro plastics, and marine environment processes.  They promote awareness of human impact on the ocean through research, education, creative activation and support of others who sustain ocean health and integrity.

The role of the ocean is fundamental as it regulates rainfall and droughts, holds 97% of our planets water, and is the greatest carbon sink on earth, far surpassing all vegetation. Therefore, the impact of ocean health is profound.

Living Ocean strives to promote and educate on the importance of ocean health as necessary to the survival of all life (human, animal and botanical) on earth.

The Welcome to Ocean Country for the Southern Hemisphere’s great whales will be held at 7:30AM on Friday 24 June at the Avalon Surf Club, 558 Barrenjoey Road, Avalon Beach.

The second is ORRCA's annual Whale Census. This will take place on Sunday June 26th this year.

Simply pick your favourite headland or whale watching deck. Email the ORRCA team to register your location so they know where you will be. Make sure you print off some ORRCA sighting log sheets from ORRCA's website and then your almost ready. Download the log sheet from this page on their site: https://www.orrca.org.au/orrca-events

On the day, pack a picnic and your supplies; Binoculars, camera, a pen/pencil for recording details, a chair/rug to sit on, warm waterproof clothes and off you go and enjoy the sights that unfold during this year's    'Great Whale' migration.

Remember to record all of your sightings; Whales, Seals, Dolphins and to stay safe. Importantly, at the end of the day, please report your findings back into the ORRCA Census Team.

All whale watching locations around Australia are encouraged to join in as this is a national event. To register your location, please email orrcacensusday@gmail.com

All of which goes to prove there's never a dull moment around here! 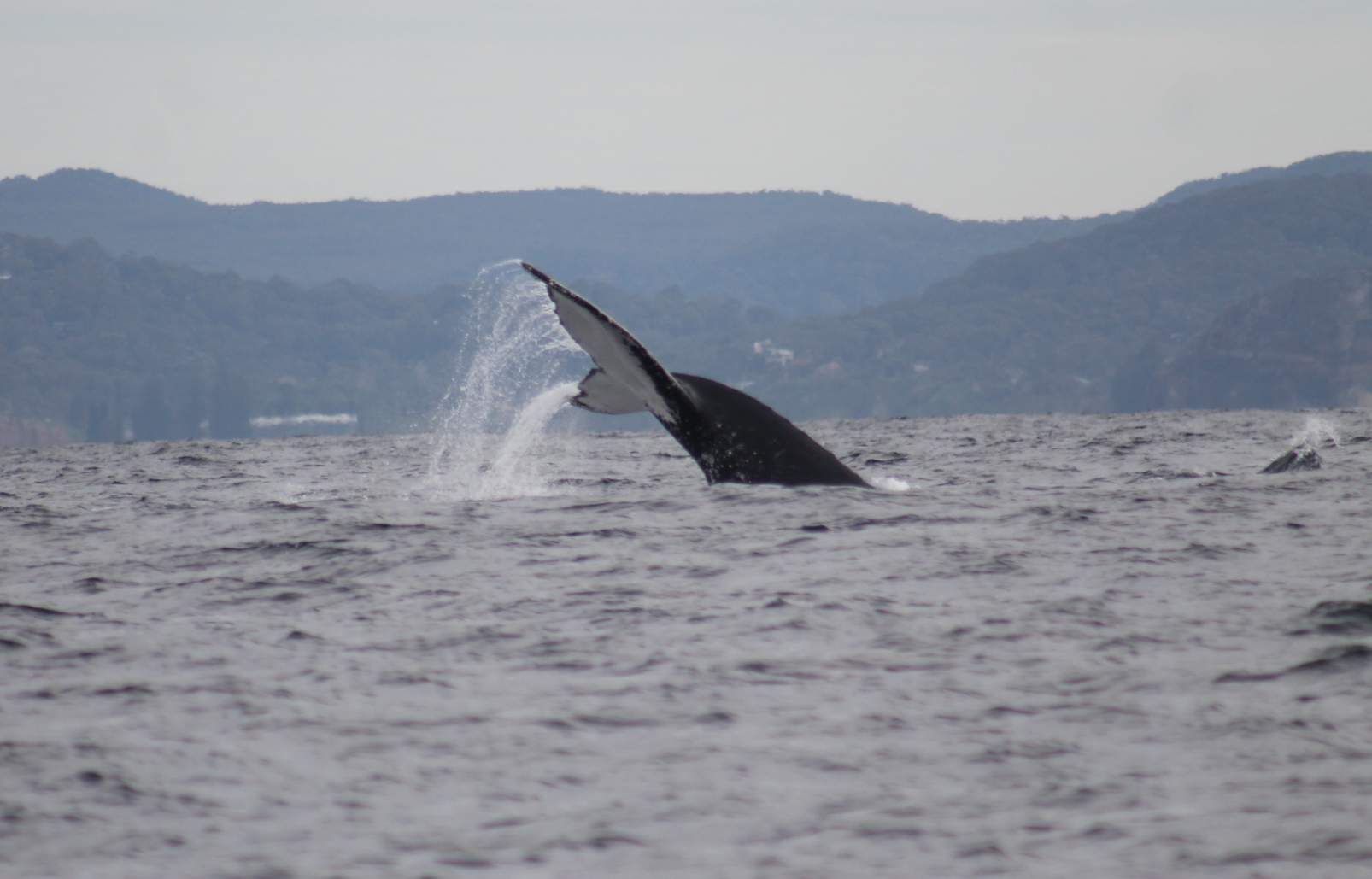