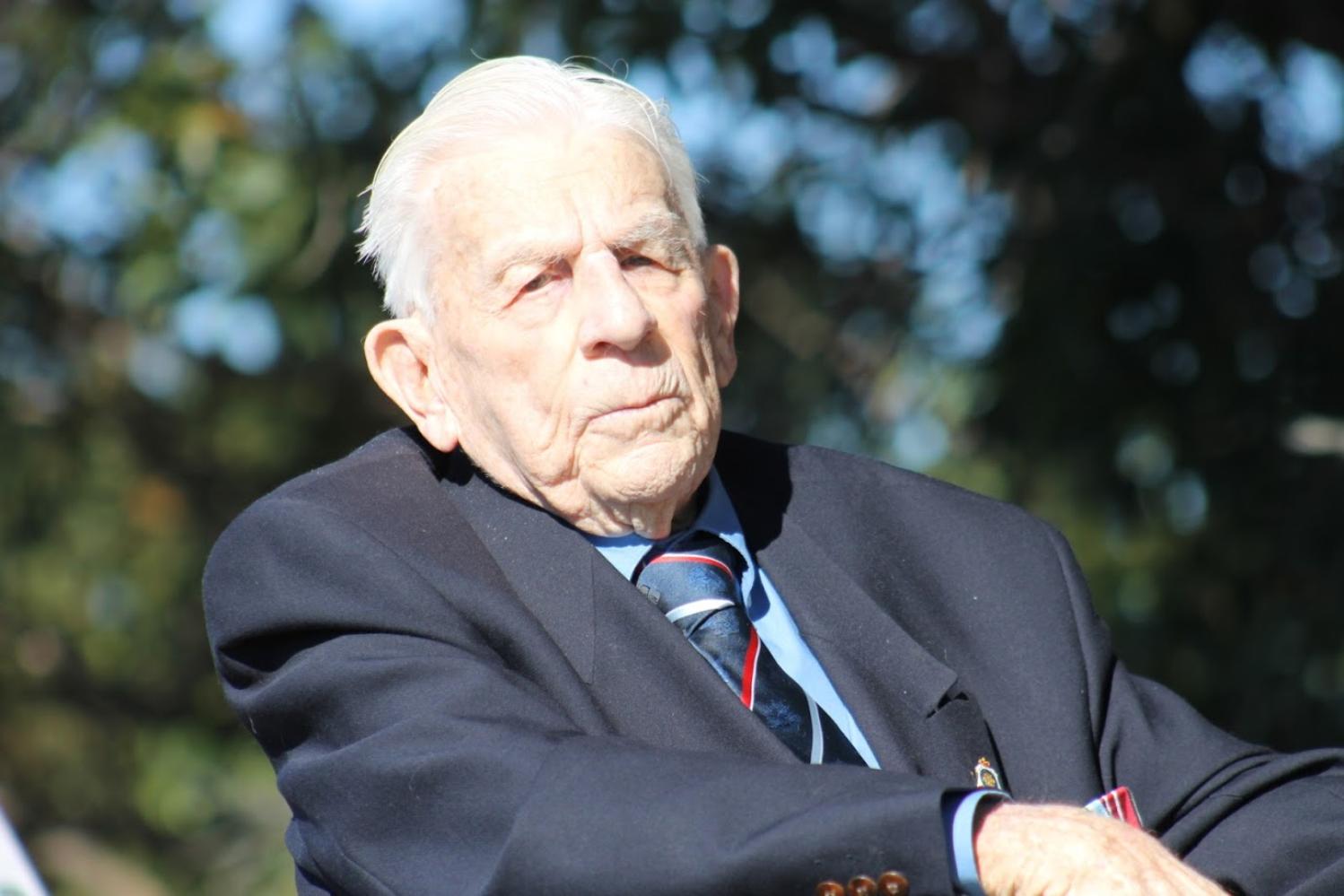 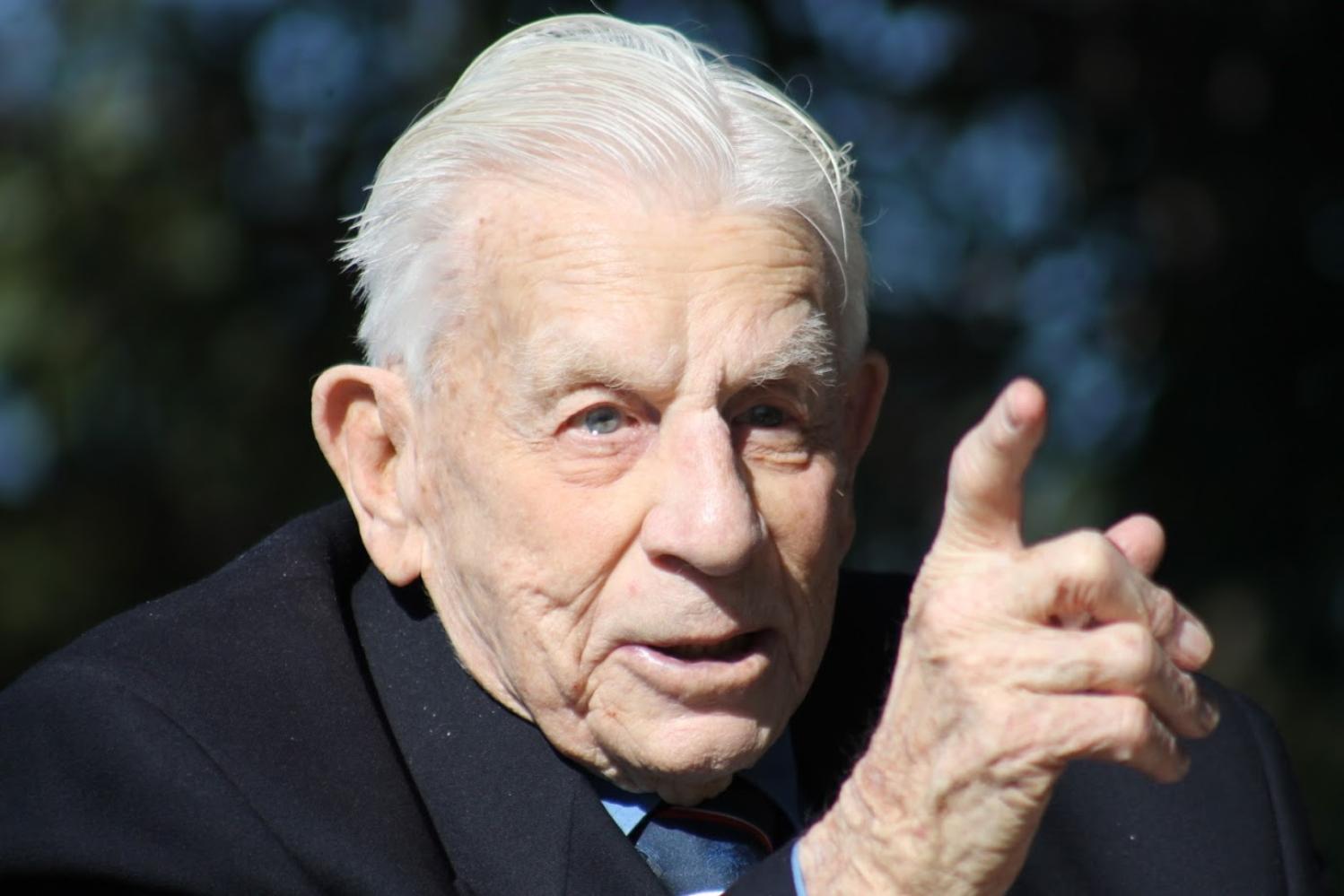 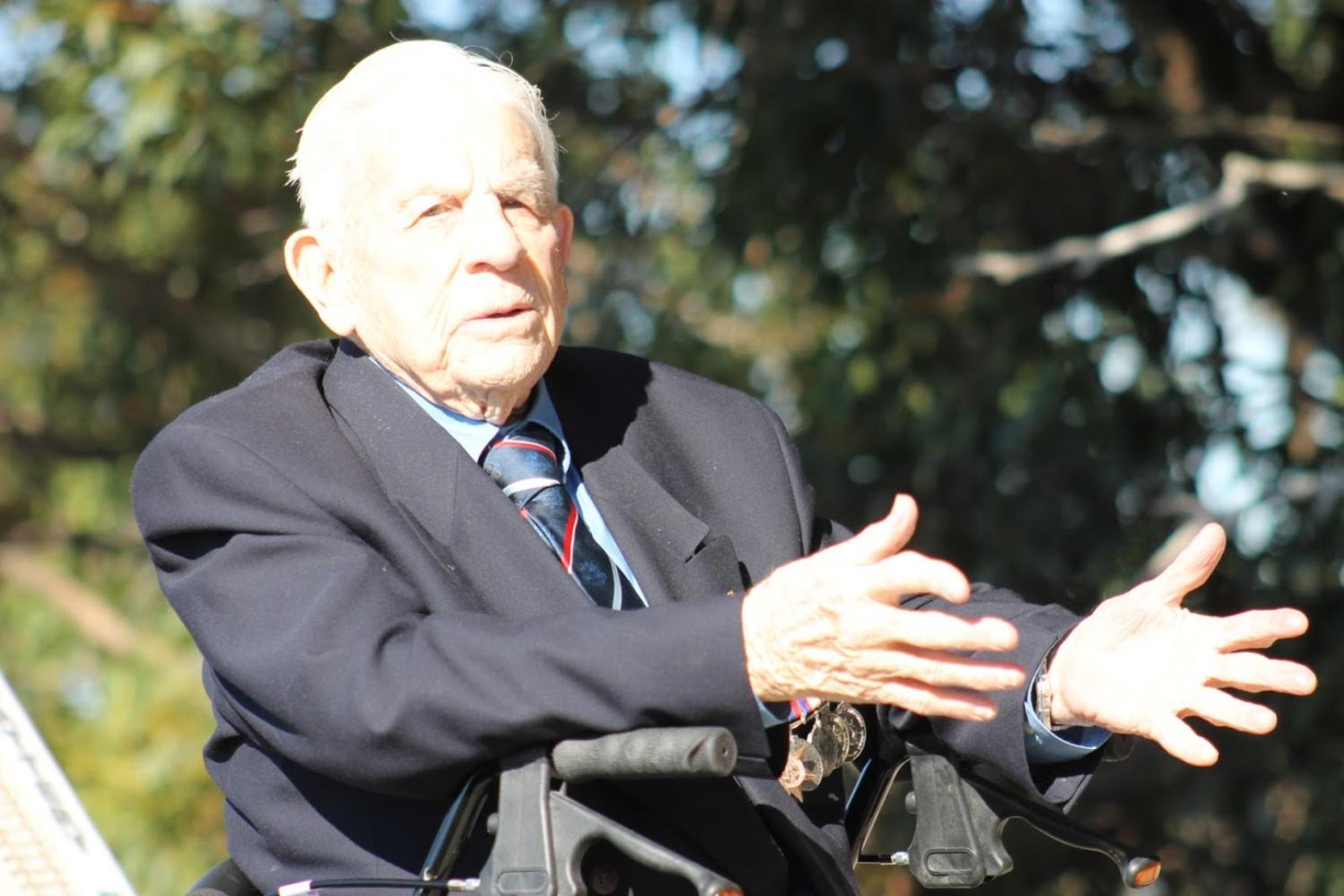 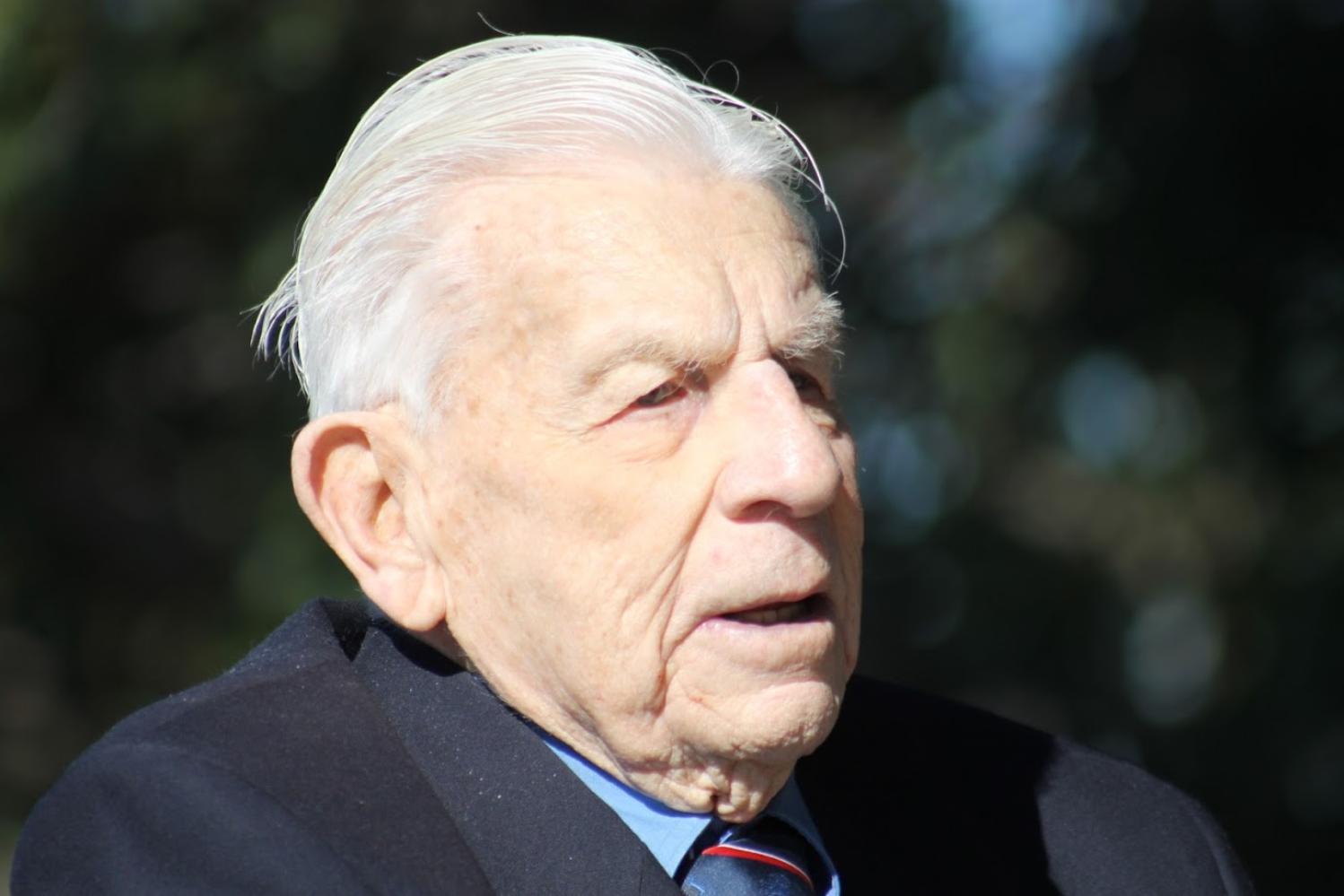 On November 24th 2014, at the unveiling of new signage, the then NSW Heritage Minister and Member for Pittwater, Rob Stokes, announced $200,000 for works at the WWII West Head Battery, a grant that would be used to build new stairs and restore access to the old soldier’s track at the Ku-ring-gai Chase National Park site. In May 2016 the old Soldiers Track down to the West Head Battery was reopened.

Present at that reopening of the Soldier's Track was Jack 'Bluey' Mercer, who, as an eighteen year old, was one of 80 servicemen sent to the site to establish West Head Battery and install the two Q.F. 4.7" Mk IV guns in the 3rd week in January 1941. 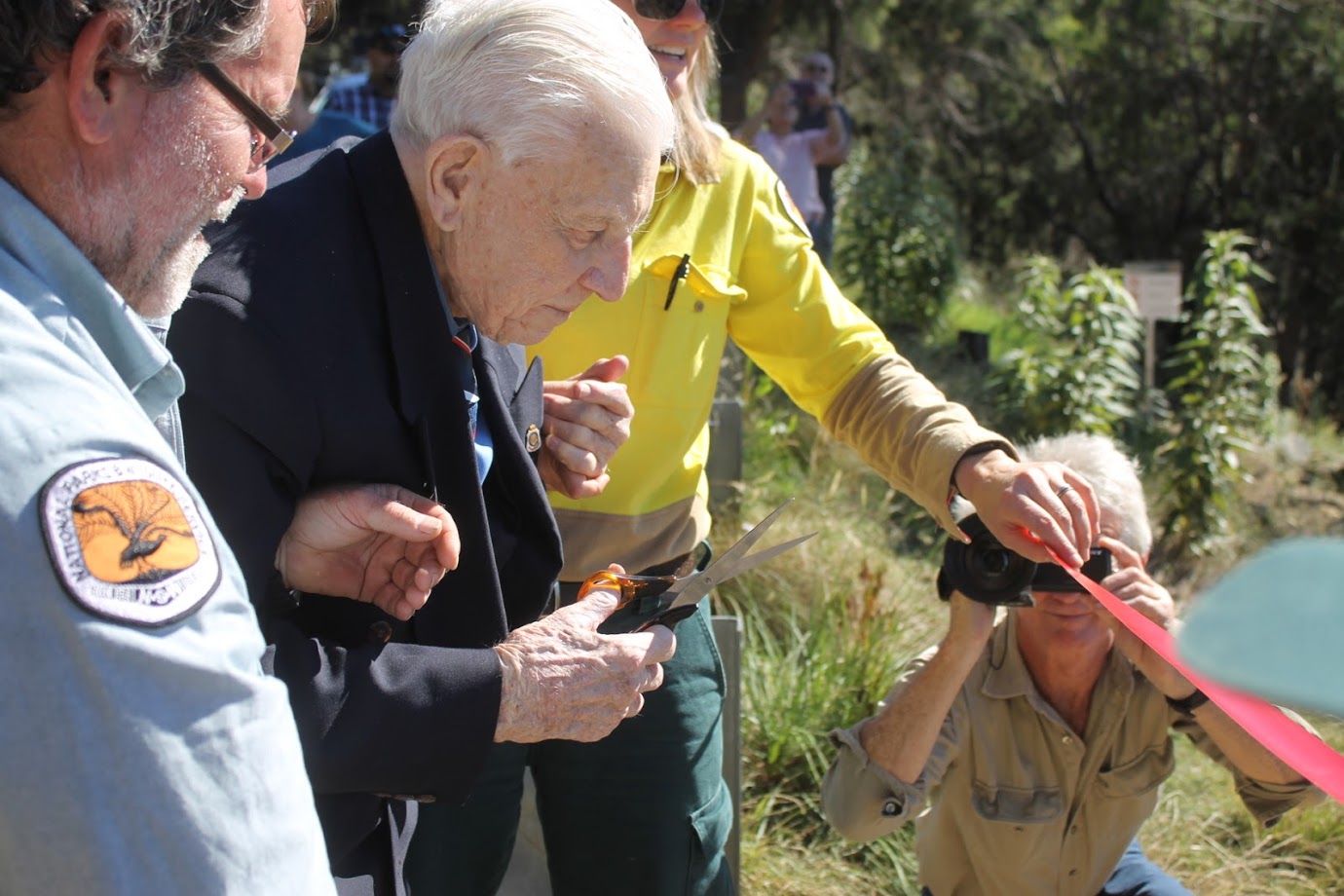 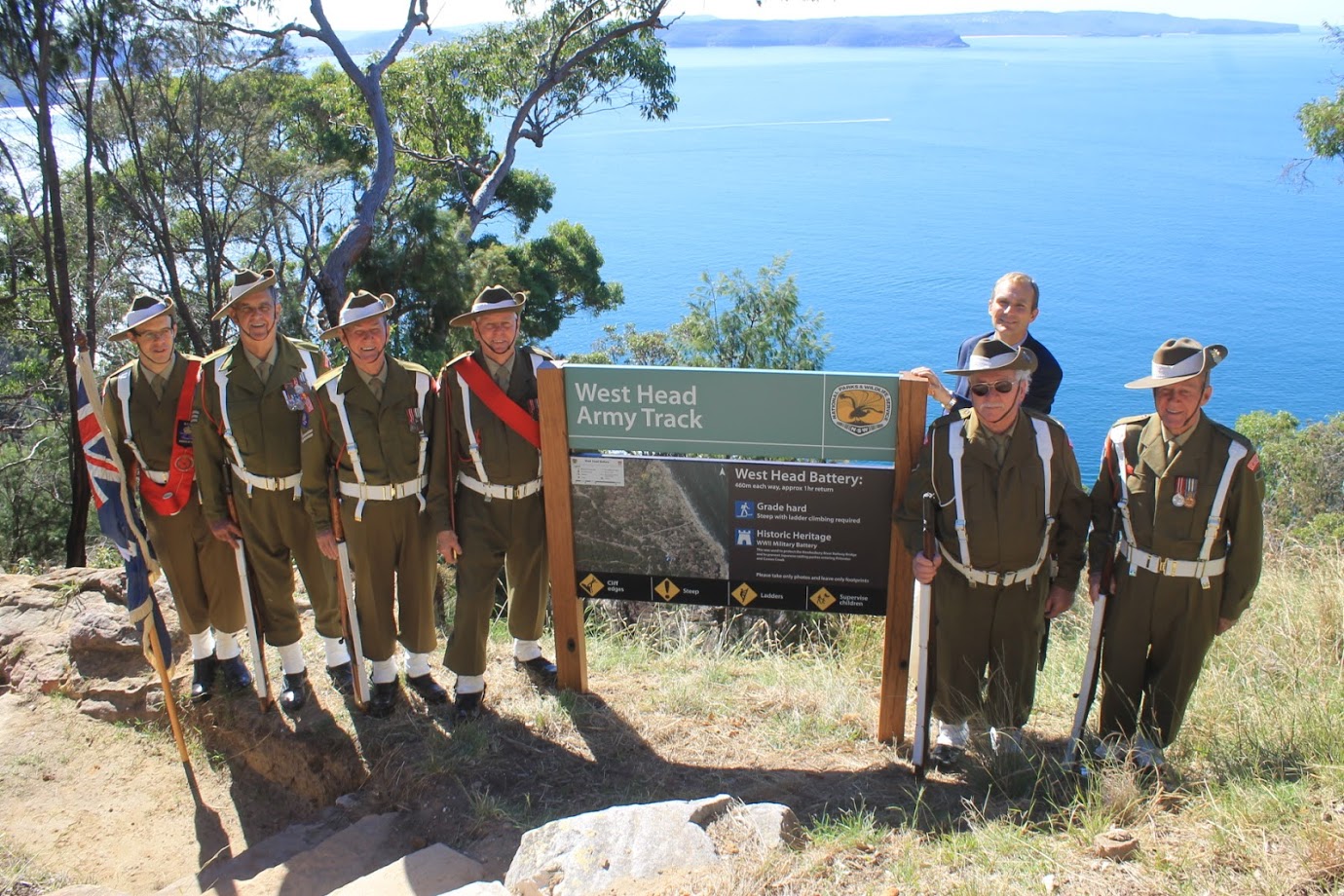 Jack's training took place at North Head Barracks and he then went to Middle Head to learn the skills he would required when he moved to West Head Battery. 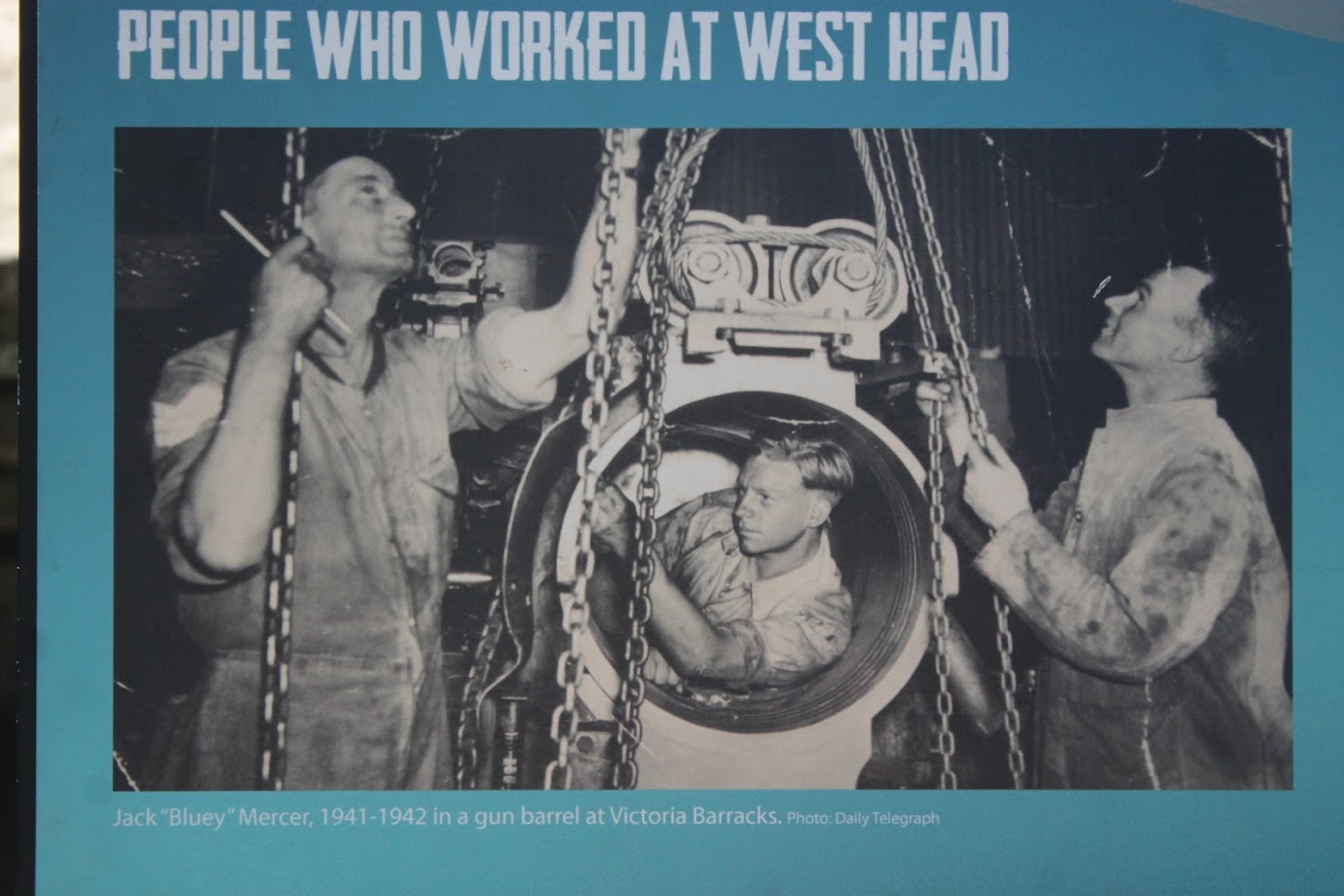 A Major taught them the art of repository, which in artillery terms meant the ability to move heave weights with relative ease using basic materials. All their work was done by hand and they used block and tackles, levers and wedges etc.

Before Jack arrived on the site it had been cleared by the Fortress Engineers and they had installed the cutting, the gun emplacements, a vertical railway line and a horizontal railway line between the two gun positions. The huts had also been installed by that time. "Bluey" and his group were tasked with moving the guns from the top down to the bottom of the cliff and then installing the guns and making them operational. 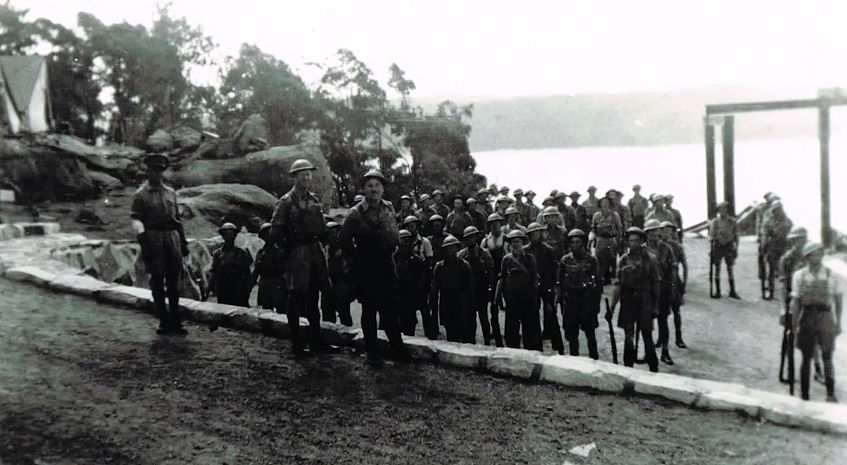 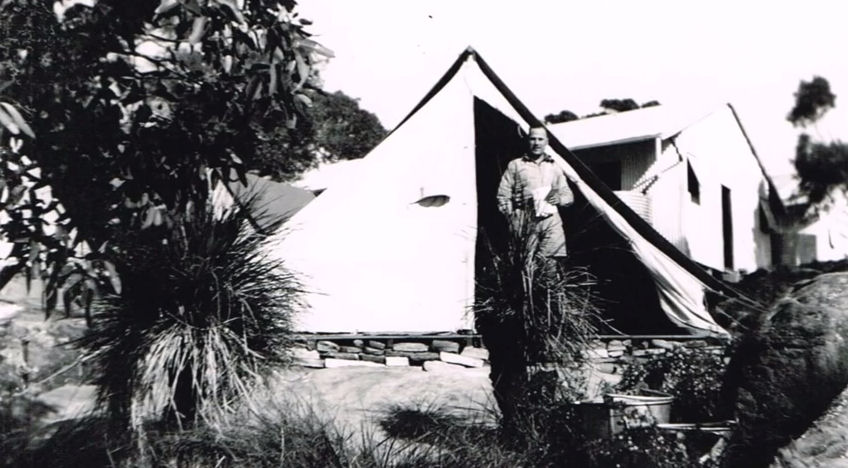 The camp area at the top of the hill. Photo:- Jim Macken Collection 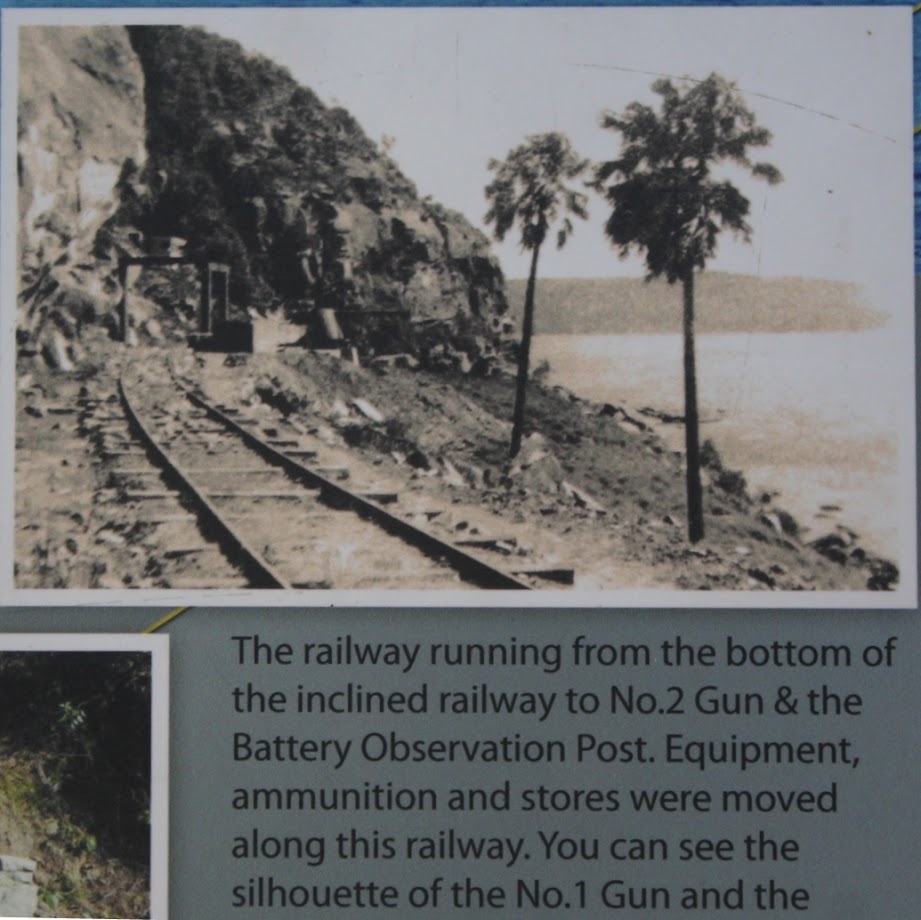 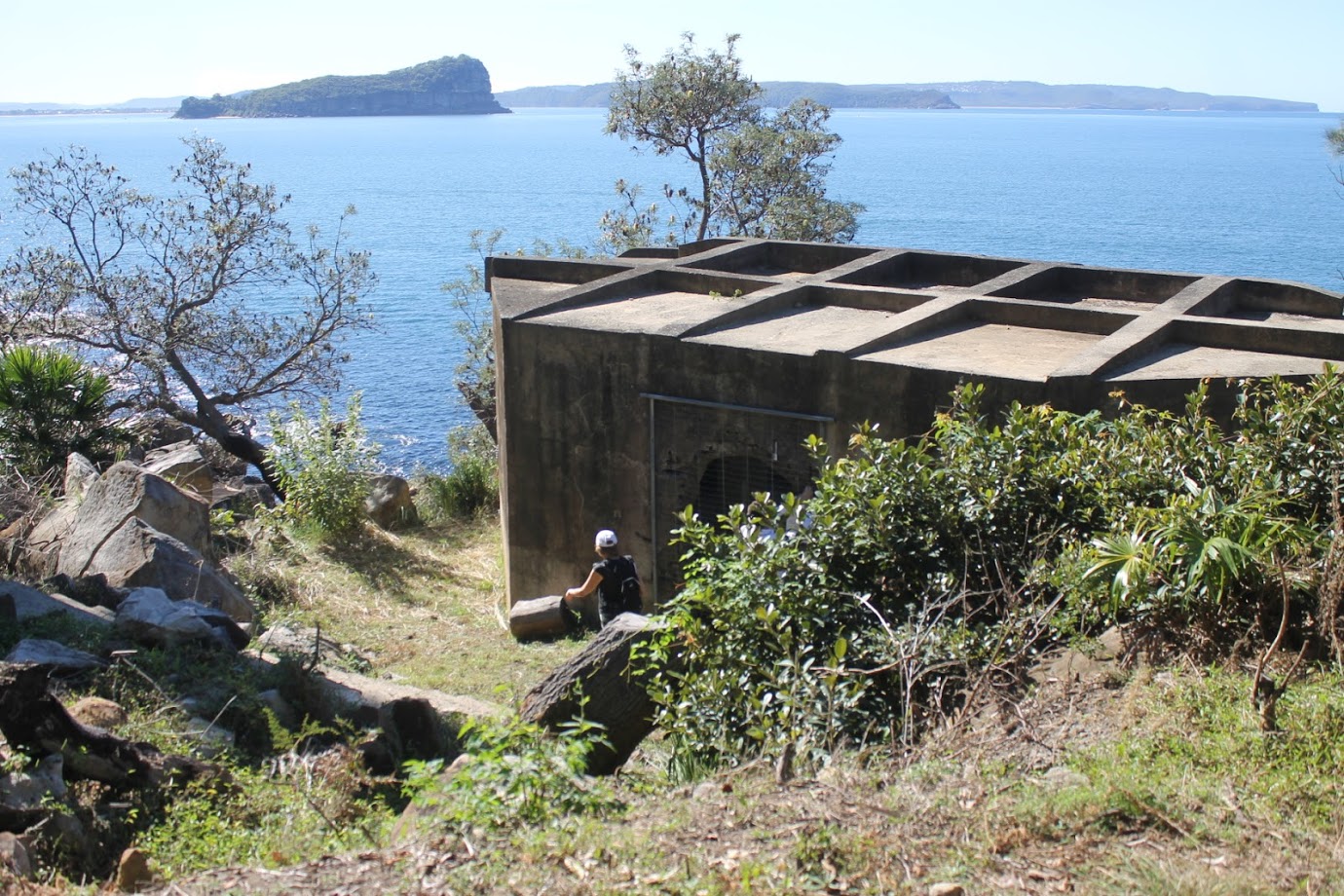 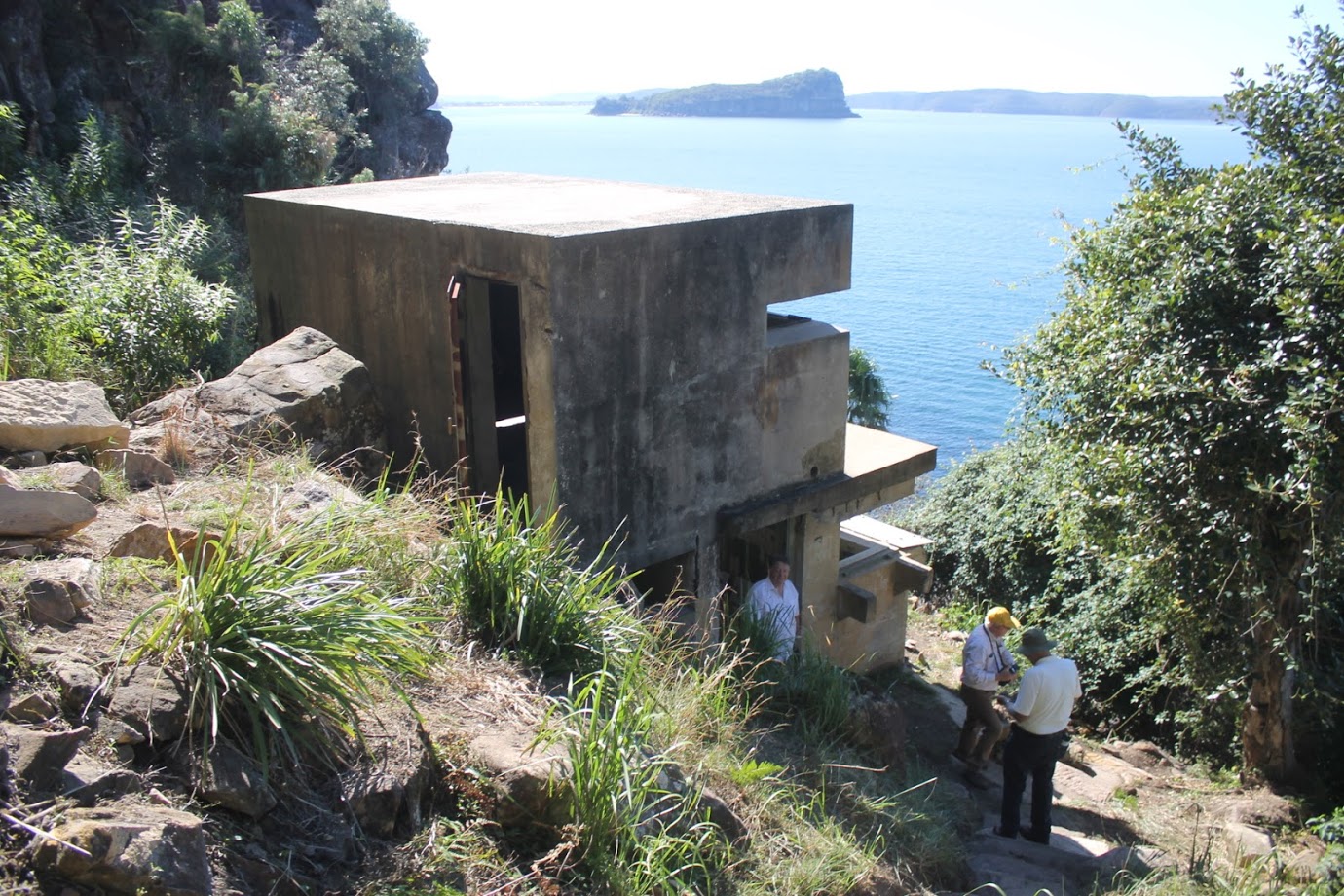 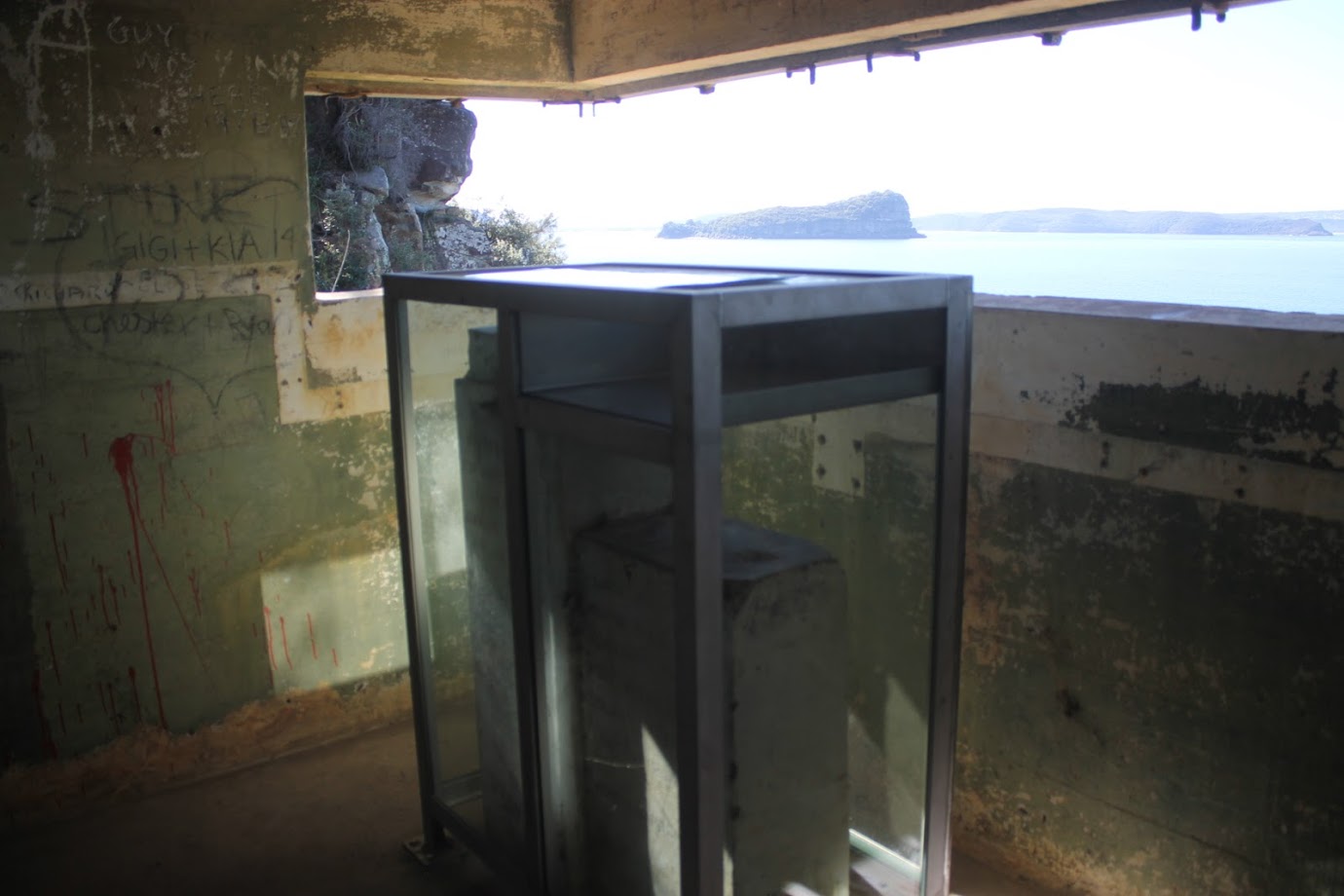 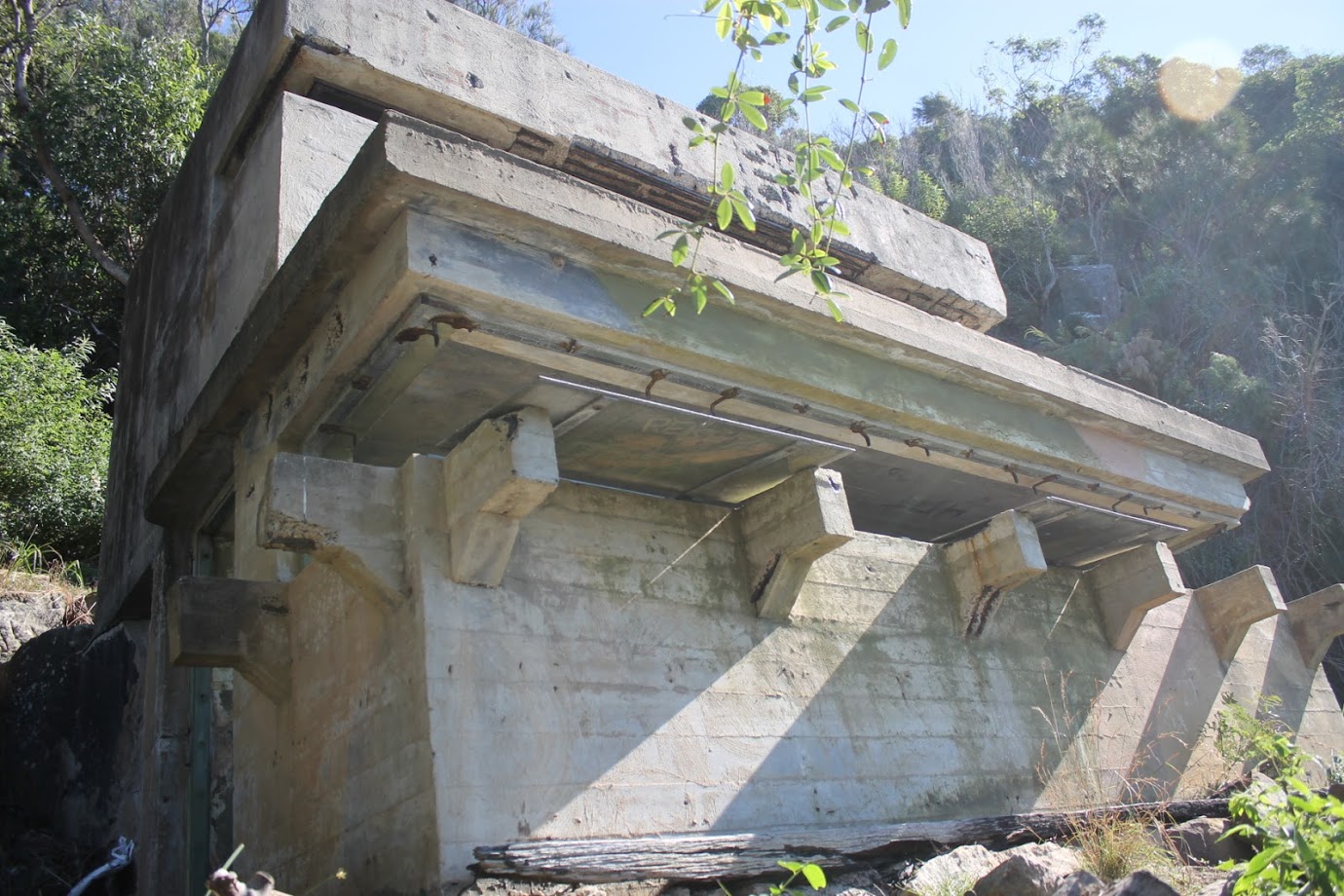 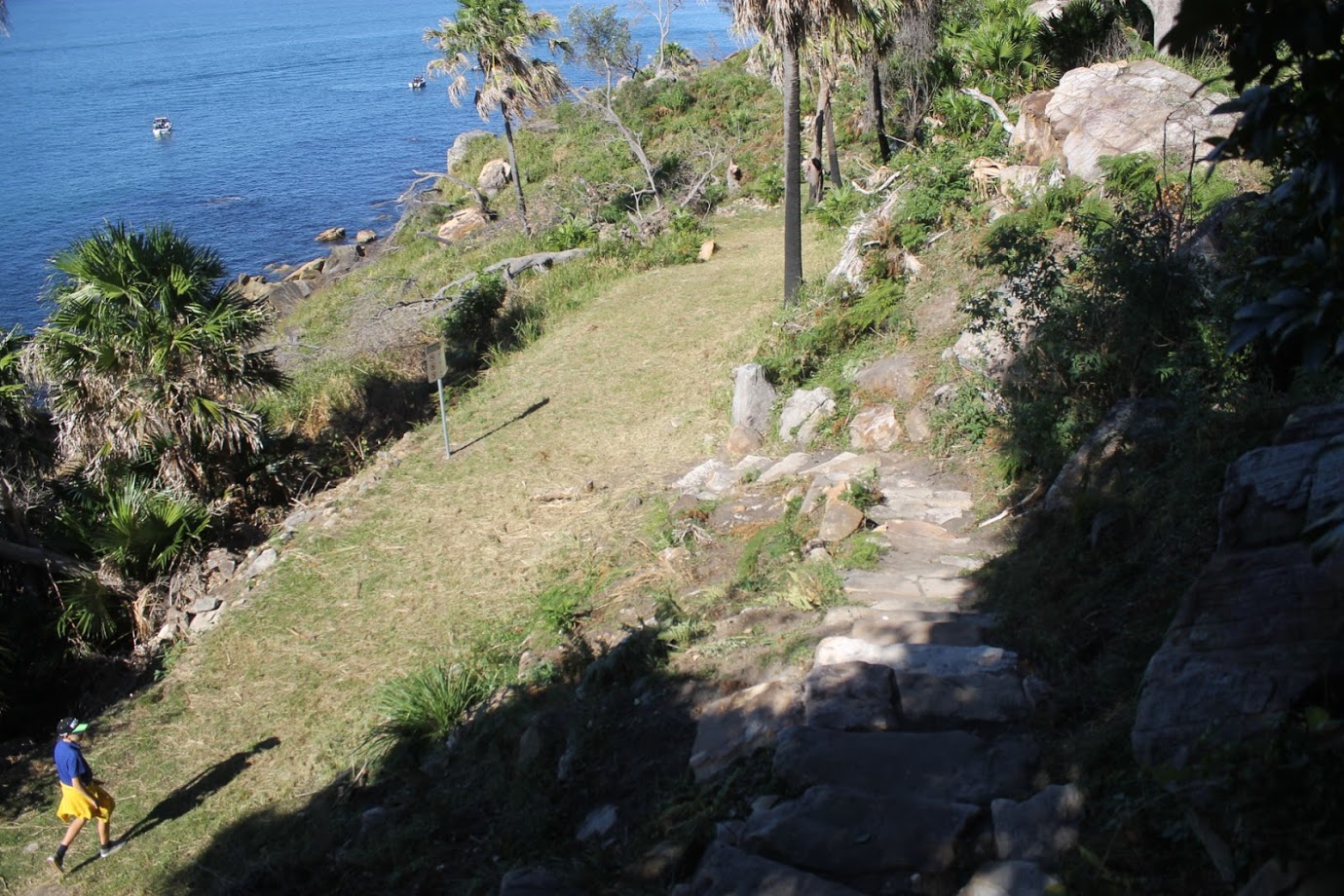 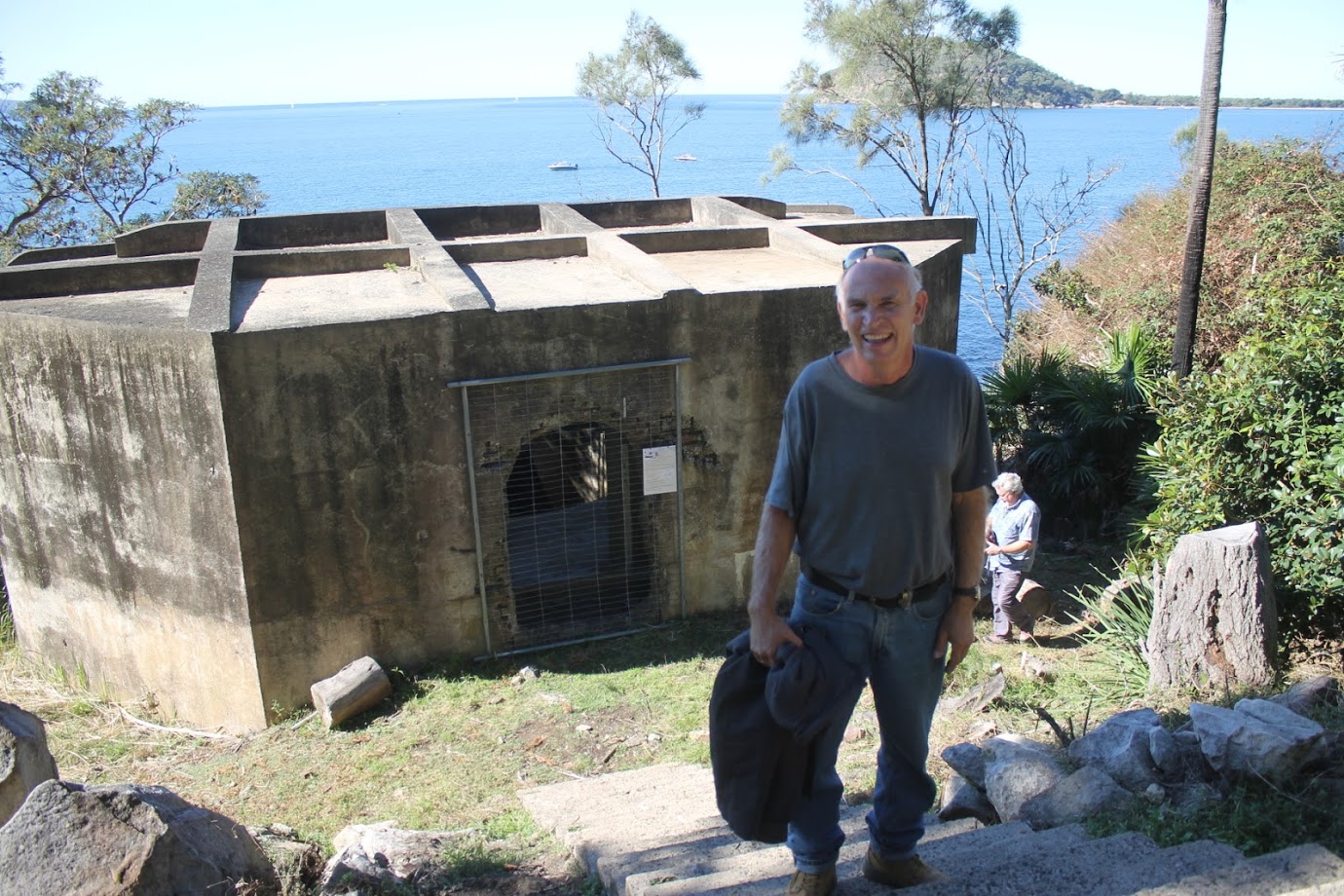 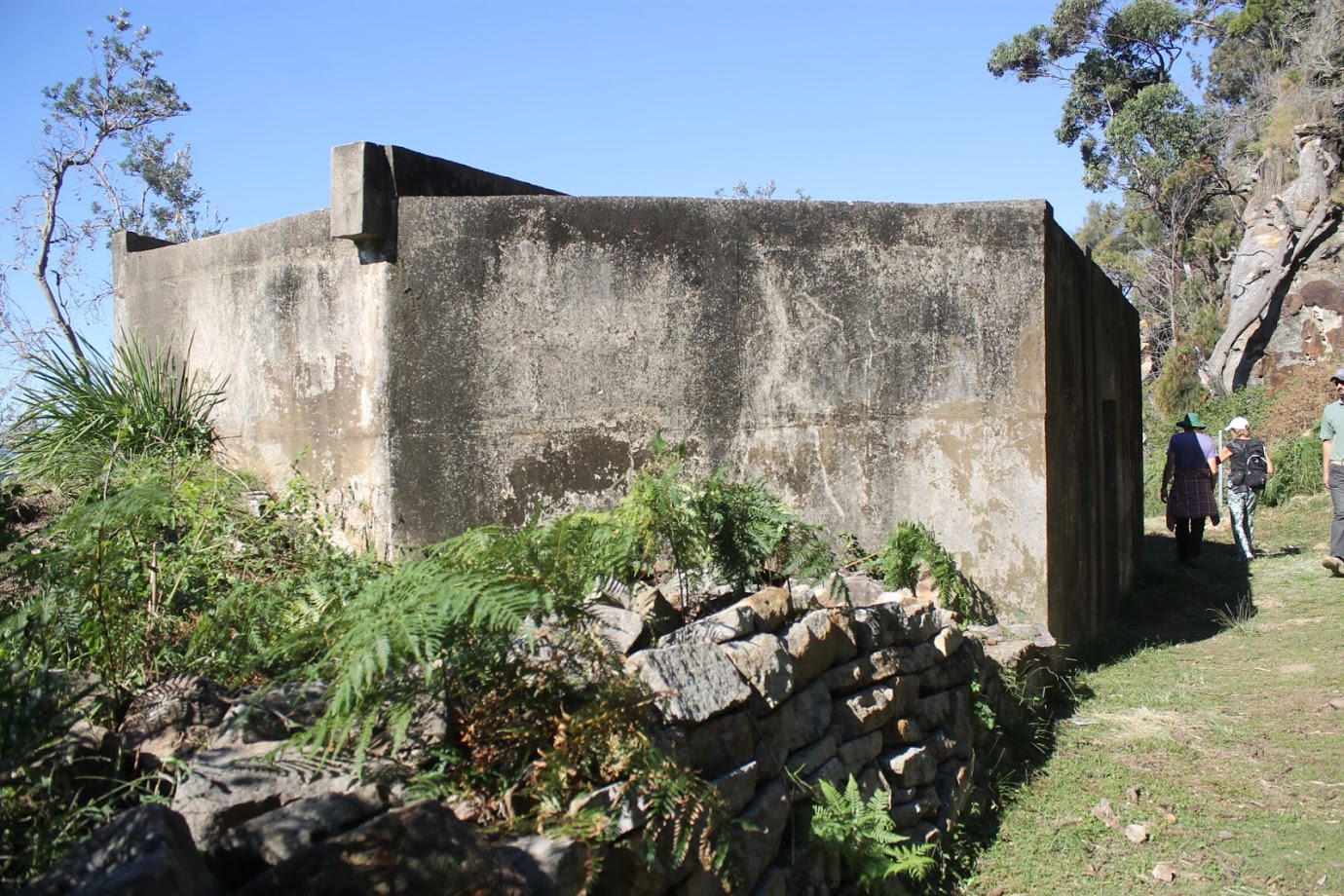 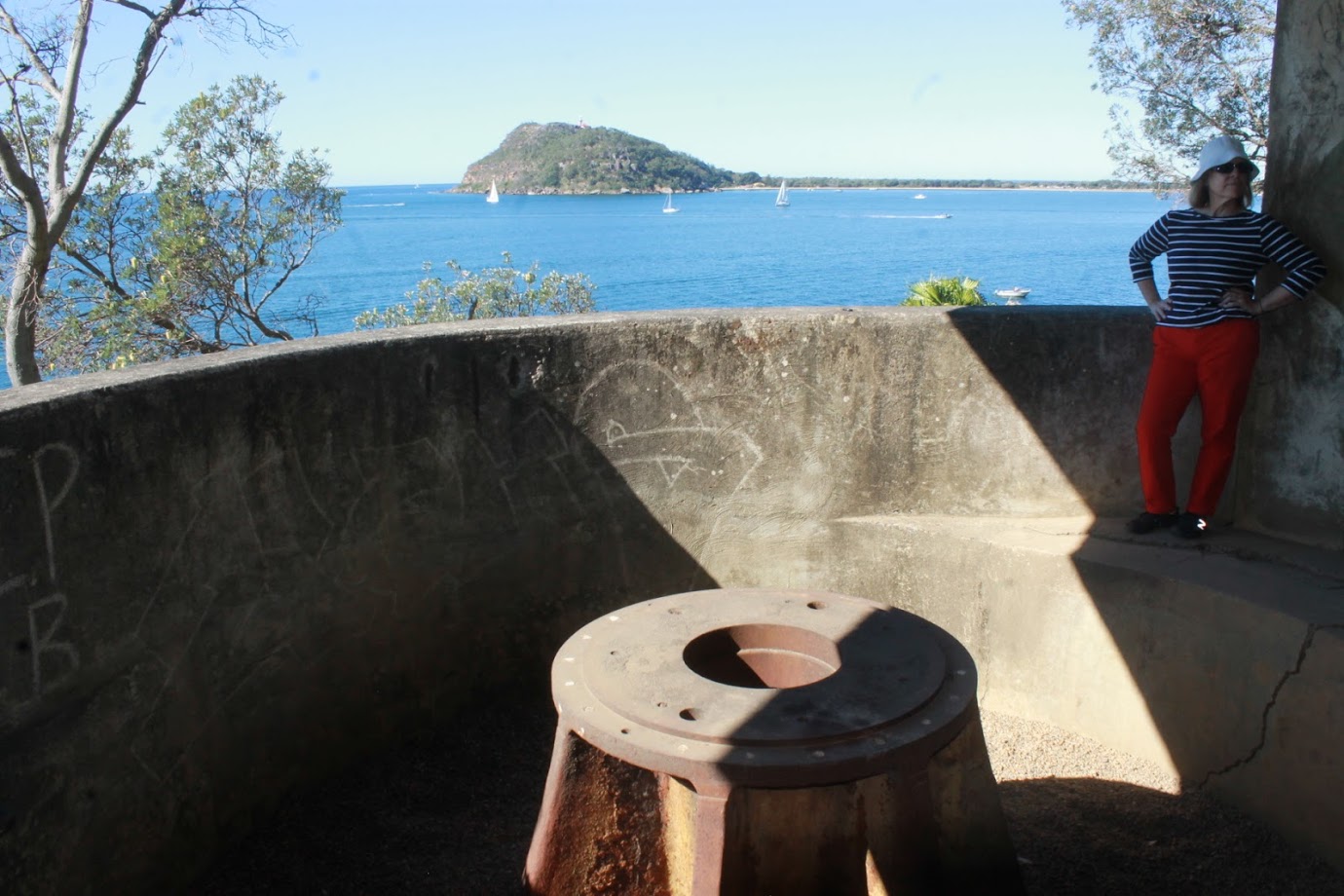 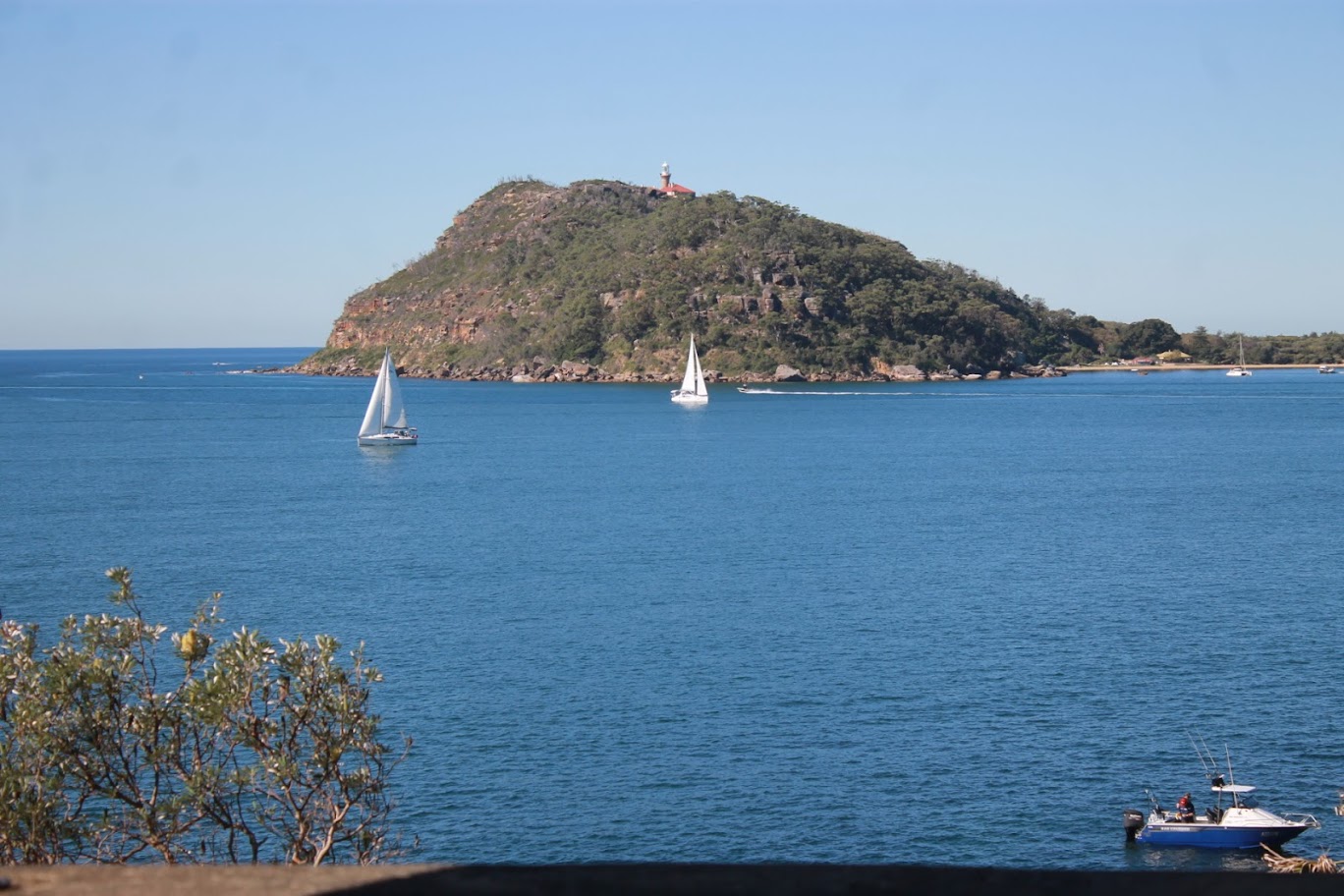 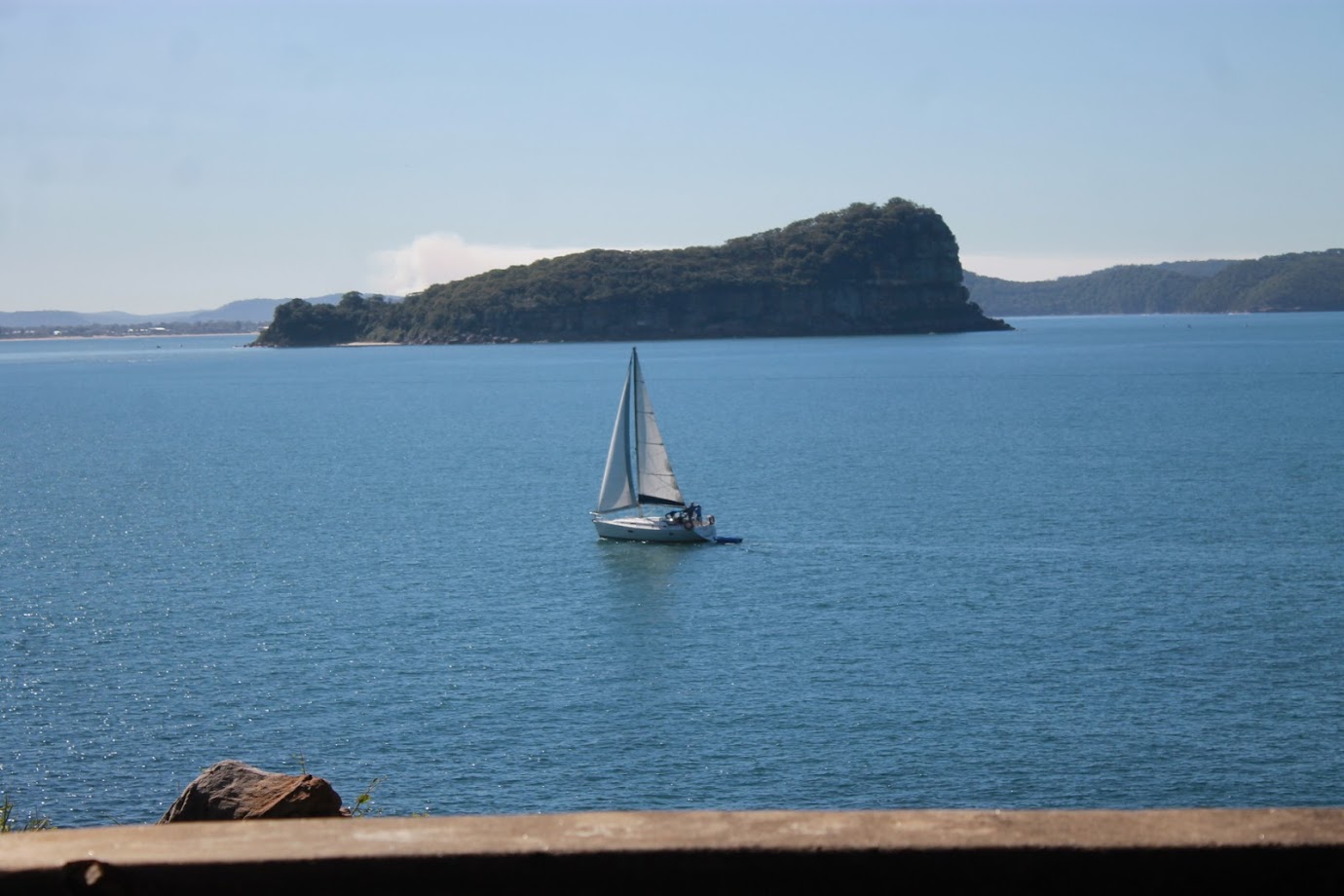 They would wake up at 5:30am and be down at the bottom of the cliff at 6:30am to start their work for the day. They would take a break at lunch time and come back up to their camp area and then go back down again and worked through to about 6:00pm at night or until they ran out of daylight. 'Bluey' Mercer said that ''all the men loved their cook. Their food was very good. Any of the men who collected firewood for the cook would receive some special goodies, so the cook was never short of firewood.''

Their first job was to get one of the 7 1/2 ton gun pedestals off the truck onto a platform on the railway line. Once it was off the truck, they used wooden rollers to move it on to the platform. It was too late for them to attempt to move the pedestal to the bottom of the cliff. They were up at 5:00am the next morning to start work. Unfortunately the brake failed and the gun pedestal went to the bottom at an uncontrolled speed and a 2 1/2 ton concrete counterweight came to the top of the hill at the same speed which caused the Major to tell the men to scatter. The concrete counterweight became airborne for a short while and speared into a gantry. The gun pedestal flew off the platform and had to be recovered. This caused a few weeks delay in their program. They used a dolly on the horizontal line to move the pedestal to the gun site. 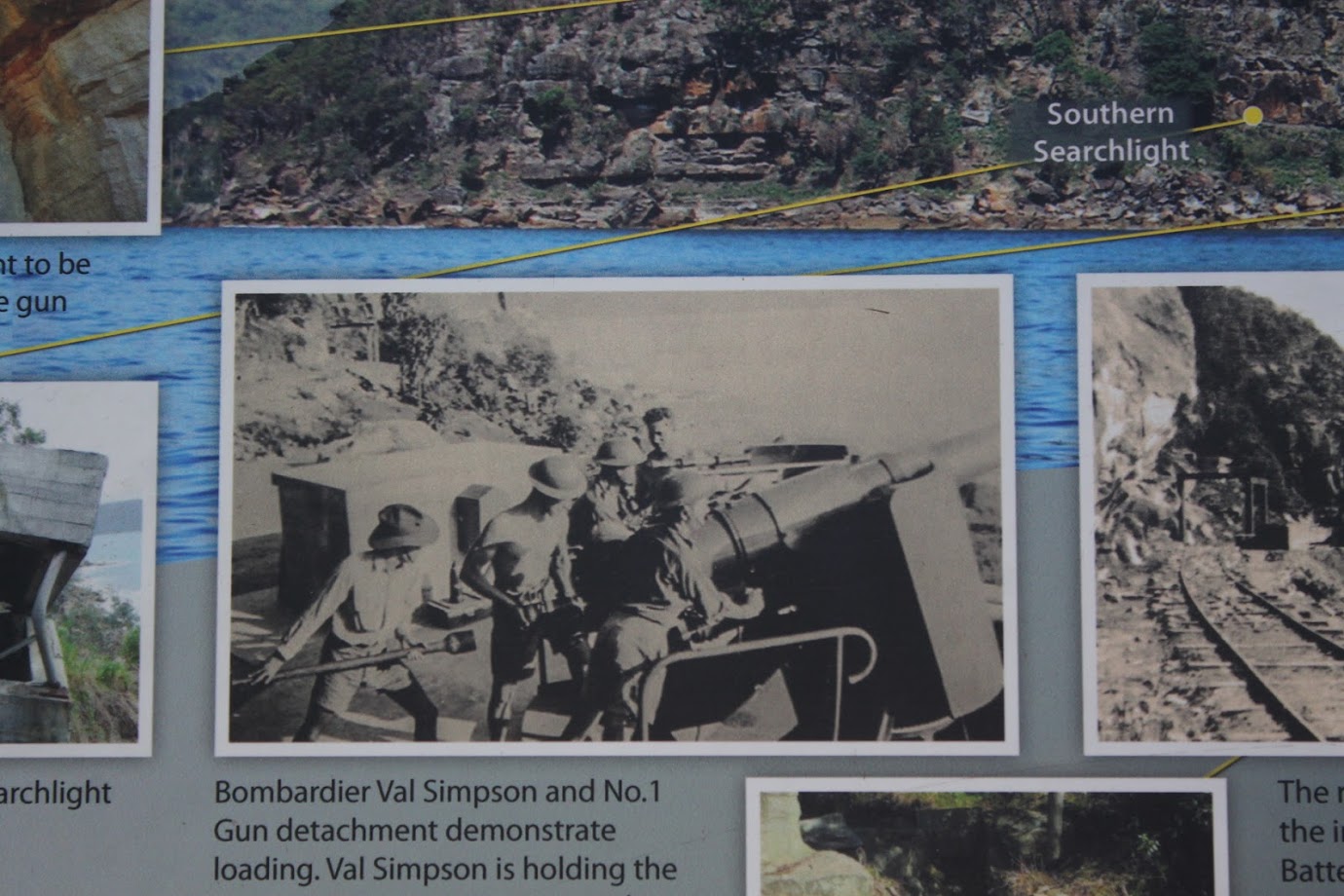 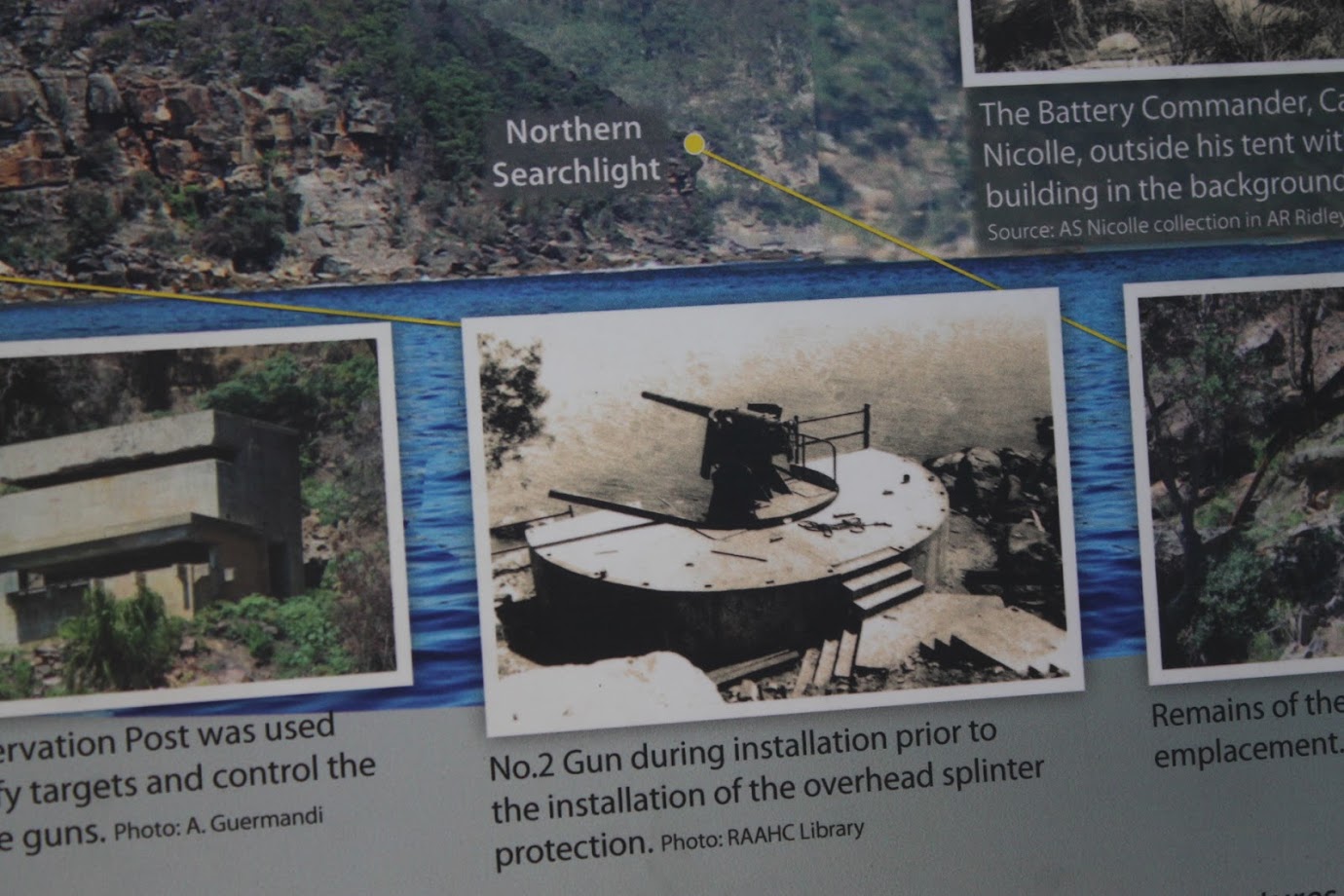 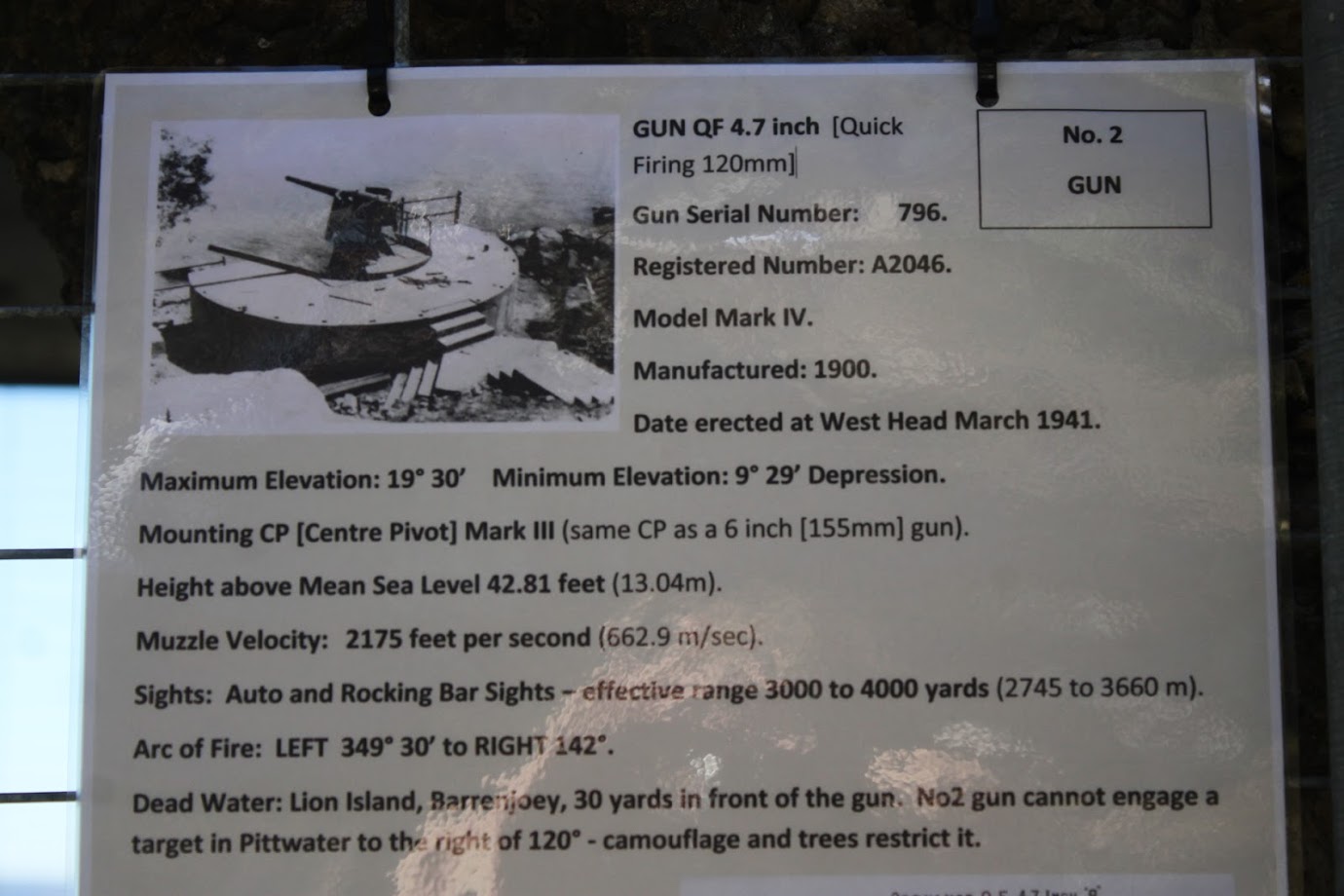 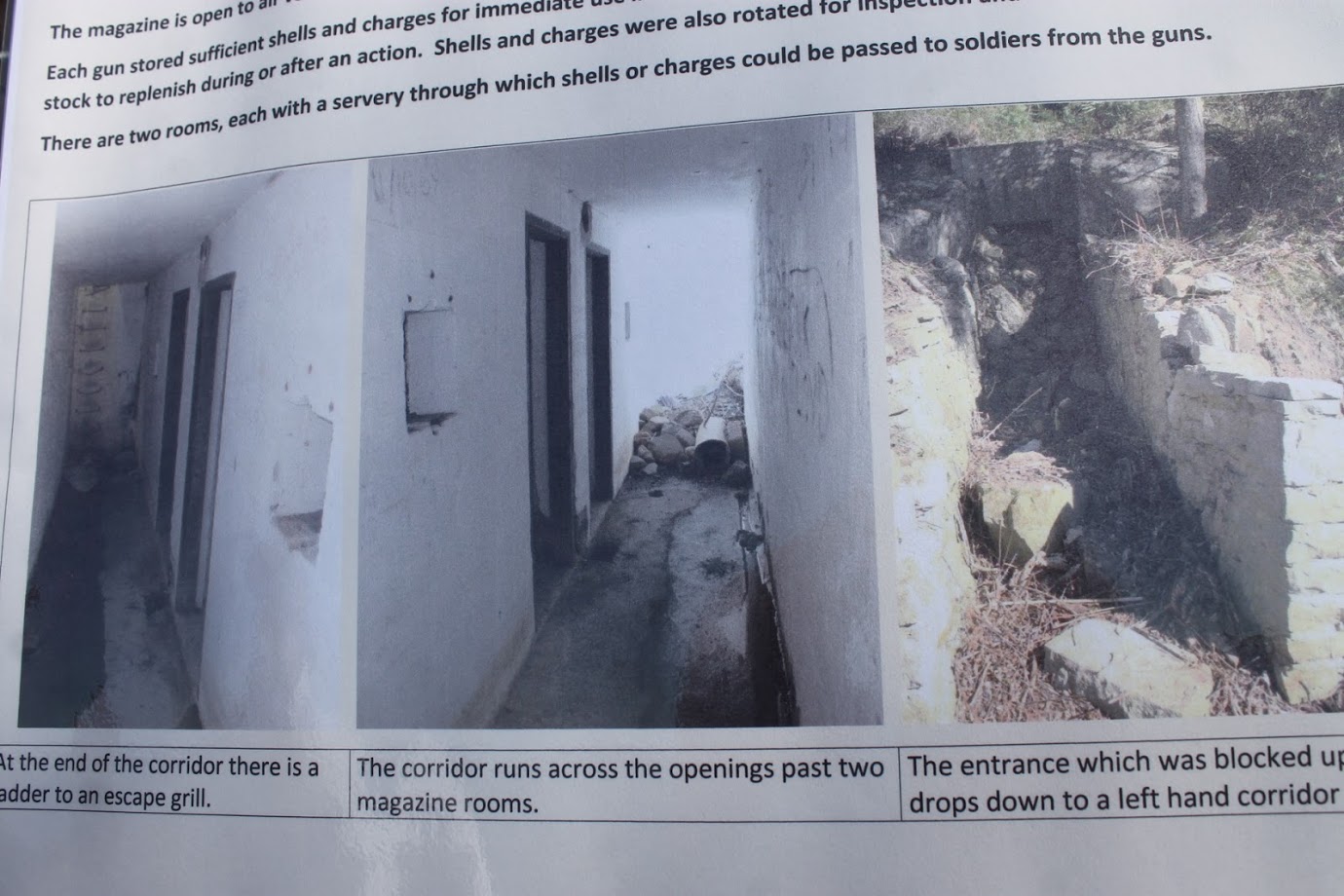 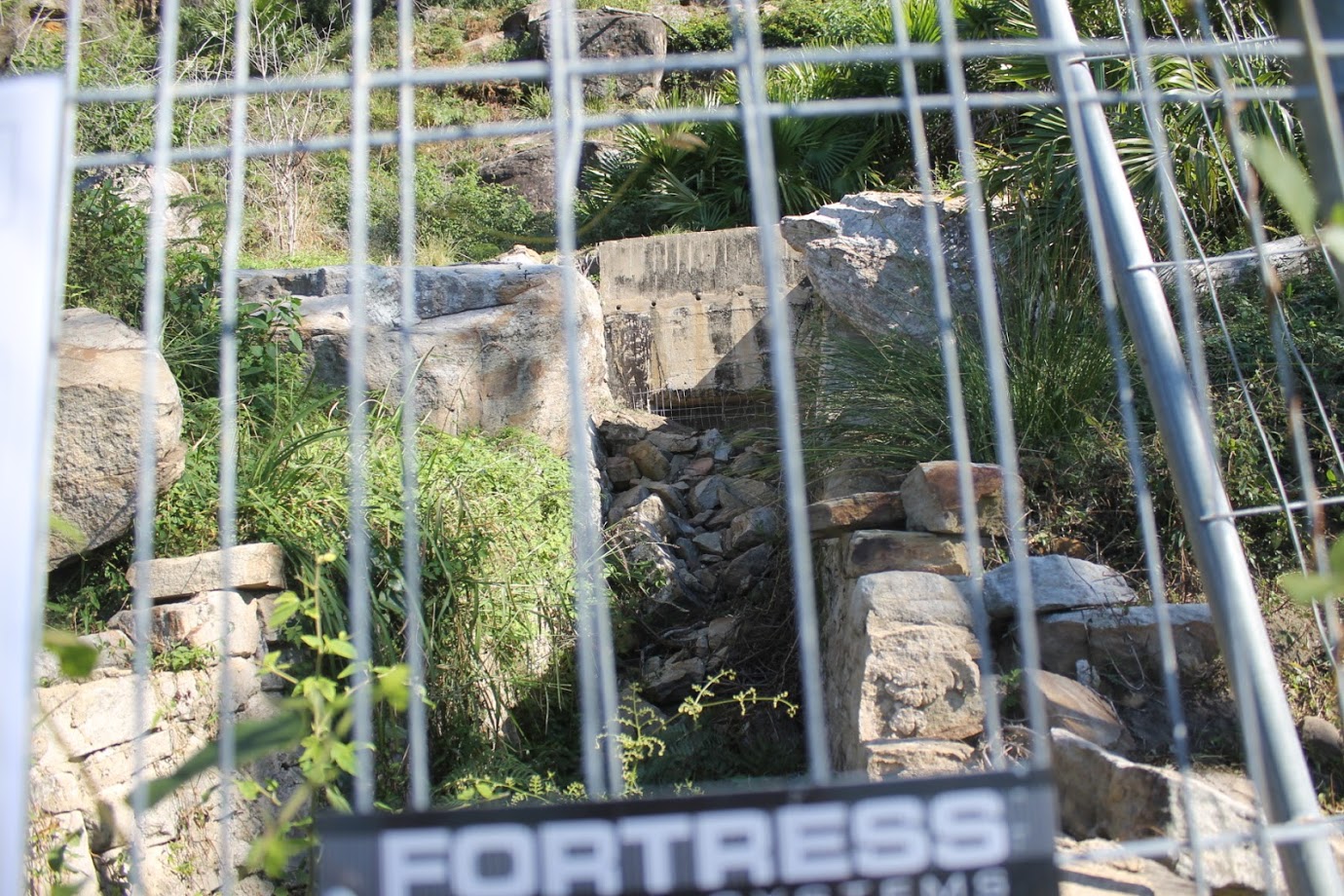 The first gun that was installed was fired five times, to test it to make sure it was properly installed. This is called a "proving shoot". This was done at night time in conjunction with testing the searchlights. When the guns fired a lot of houses in Palm Beach turned their outside lights on despite the blackout restrictions.

While he was at West Head "Bluey" was sent to a number of Artillery Workshops for training and he eventually qualified as an Armament Artificer. He left West Battery at the end of March 1942 by which time the two guns at the Battery were totally operational by that time. He moved to Jervis Bay to assist with installation of a Battery there.

Jack ‘Bluey’ Mercer, left an apprenticeship to enlist in 1941 and was allocated to 1st Heavy Brigade, North Head. He qualified as a Bdr but enjoyed the technical aspects that he had observed and encouraged by Captain Jack Stathers he trained as an artificer seeing service at Bowen Bty (Jervis Bay).

He expanded his knowledge working on Bofors, 3.7 in AA guns, 2 and 6 pdrs at ordnance workshops at Warrawong before returning to West Head then posted to Drummond Battery (9.2 in) at Port Kembla.  Following further training at Sydney Technical College he worked on 6 in How and 18 pdr at Ingleburn workshop before being transferred to 7th Aust. Watercraft Workshop.  He joined 1st Aust. Floating Dock en route to Bougainville the vessel survived a torpedo attack.  Following hospitalisation in Cairns for dengue fever and pneumonia he sailed on HMTS Taroona to Port Moresby, returning to Cairns in Feb 1946.  Subsequently he joined the CMF and served from 1955-58 with 30th Infantry Battalion NSW Scottish Regiment serving as a corporal in the anti-tank platoon and qualifying as a sergeant.

A report by the 5th Australian Anti-aircraft and Fortress Company RAE (5 Aust AA & Frt Coy RAE) indicated that the guns emplacements at West Head had scrim camouflage netting and mock rock installed for camouflaging the gun sites. It would appear there may have been a Bofor Anti-aircraft battery on the Bairne track near the West Head Battery.

The "Z" Special Unit had their Camp Z located on the top of a cliff at Cowan Creek, at nearby Refuge Bay. They carried out mock attacks on the West Head Battery location and other military camps in the general area.

Jack Mercer passed away February 17th, 2020 at the age of 97.  His funeral was held at Rookwood Crematorium, West Chapel on Monday February 24th, 2020. He was a member of the Canterbury-Hurlstone Park RSL Sub-Branch.

Below run two films put together by Pittwater's John Illingsworth (Pittwater Pathways) in which you can hear Jack speak about his Service at West Head. 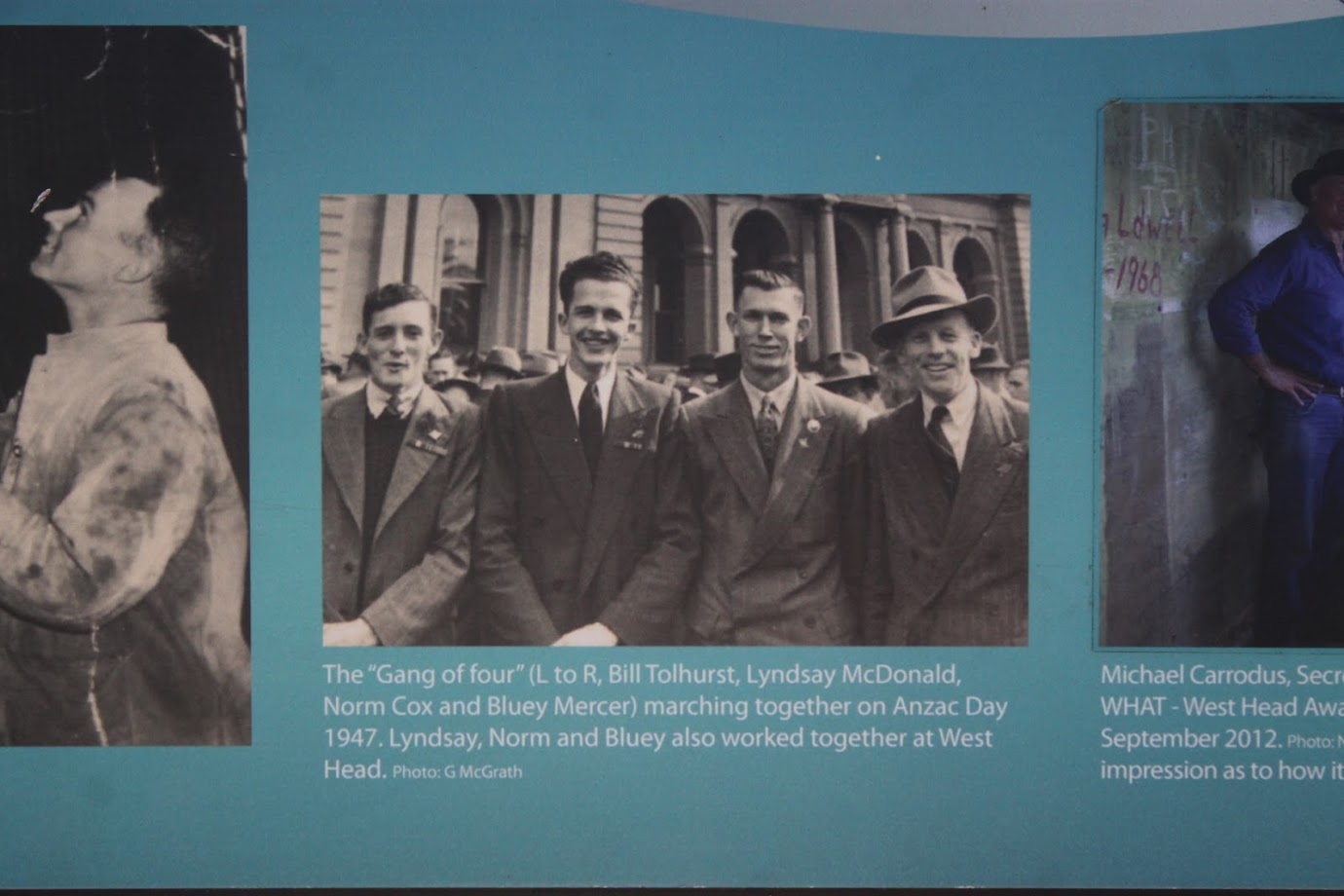 75 years after it was built, Jack 'Bluey' Mercer reopens the old foot track to the guns he helped install at West Head Fortress. The Army salutes Bluey as do all of us.