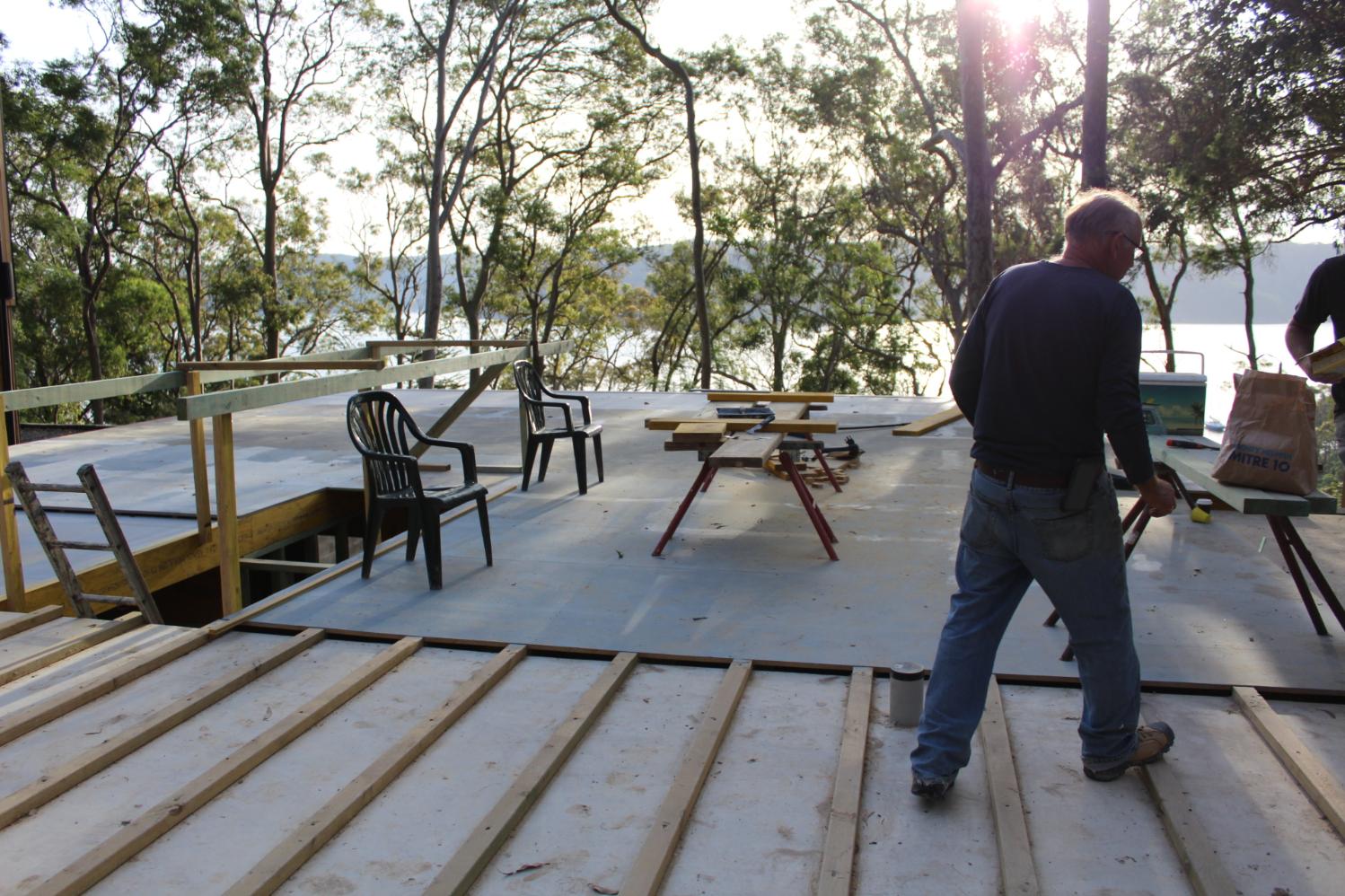 Those building a new home, contemplating an extension or working in the Construction Industry will know that pricing materials is changing on a week to week basis. Even those smaller items the DIYer may purchase for projects have risen from between 10-25% where they contain materials that have also risen in cost or have to be transported to a place of purchase.

According to figures from the Australian Bureau of Statistics, the price of overall building materials increased by 12 per cent over 2021 alone, the strongest annual increase since 1981, with 2022 prices likely to rise substantially higher. On May 2nd, 2022 the Master Builders Association of NSW stated building costs were rising at the fastest they had since 1980. The pace of increase was similar across all six capital cities.

Over the year to March 2022, the sharpest price increases included:

''This unprecedented material costs increase is putting immense financial strain on builders who have signed fixed price contracts and are now, through no fault of their own, facing huge losses.'' the MBA stated

''It is no one’s interests for their builder to go to the wall over a fixed price contract that could not have foreseen these increases. Clients with builders that go under will be left to navigate complex insurance claims and may in the end be both out of pocket and unable to secure a builder to finalise construction. It is a far more sensible approach to re-negotiate the current contract considering the unforeseen changes in material costs and timeframes.

MBA NSW strongly encourages all parties who have signed contracts to build to be flexible and realistic, and seek to re-negotiate building material costs components of fixed-price contracts.''

Contractors often use Variations and allocate Personal Choice items (PC Items) such as tiles for a bathroom or kitchen, as ‘Allowances’, meaning the Client will be responsible for paying for these. Current conditions may see more Builders resorting to the same mechanism for much of any Contract for materials, undermining the Fixed Price Contract, as the costs for steel, timber and more escalate, which in turn leaves the home builder unable to know from the beginning what a home will cost and adding pressure to the industry.

"A small business goes in to do three to four homes a year and is hit with hikes of 40 per cent. They are absolutely bleeding."

"We're now in a position where builders are saying, 'We'd like to renegotiate contracts. If I go and do the job, I'll be coming out at a loss.' ''

There are even some reports beginning to come through that Contractors are already abandoning some projects as they cannot absorb any rise in costs any further.

On Tuesday August 2nd, 2022  it was announced that almost 115,000 dwellings and land lots have been approved across NSW in the past year, expanding opportunities for first home buyers to purchase their first home.

Treasurer Matt Kean said that the NSW Government is committed to supporting first home buyers purchase their own slice of the Australian dream.

“This is all about giving first home buyers a choice – a choice between paying an upfront stamp duty or an annual property tax.”

On a four-bedroom house sold in Leppington for $1.04 million with a land value to property price ratio of 36 per cent, a first home buyer would have a choice between an upfront stamp duty of $41,890 or an annual property tax in the first year of $1,537.

Under the First Home Buyer Choice, first home buyers who opt into the property tax will pay an annual $400 plus 0.3 per cent of the land value component of the property. The annual tax stops being paid once the property is sold.

The median time owner occupiers hold onto homes in NSW is 10.5 years.

Minister for Planning and Minister for Homes Anthony Roberts said the government will do all it can to boost supply and give more people in NSW the opportunity of home ownership.

“The Government is investing almost $500 million to unlock land and accelerate infrastructure to boost housing supply, and we will use every measure we can to enable more people to own their own home sooner,” Mr Roberts said.

“We have paved the way for 23,000 dwellings through state-led rezonings including 7,000 rezoned lots in Glenfield and 3,000 in Rhodes, while planning proposals accounted for another 26,703 dwellings.”

The top three local government areas where lots and dwellings have been approved were:

The top three LGAs where rezonings were approved were:

While this is great news, and the NSW State Government moved last year to make Construction Industry courses virtually fee-free, while the Federal Government enlarged its Apprenticeship scheme with financial supports for those who take on the next-generation of those who will work in the Construction Industry, it does not address what those working in the industry are facing right now and what the industry bodies state is an approaching 'perfect storm' that will apply to not just those building homes, but those building roads, building bridges, building a set of steps down to the sandy beach.

''Hyper-escalation of construction costs for contractors locked into fixed price contracts is emerging as one of the biggest challenges for Australia’s third largest industry, construction. If not addressed, it could significantly impact on the ongoing sustainability of the industry and in the process fracture Australia’s economy.''

Releasing a report today on the impact of construction cost inflation, the Australian Constructors Association is calling on government to take action both in respect of current and future contracts to ensure that the contractor is not left out of pocket for what is an issue that is well beyond their reasonable control.

Australian Constructors Association CEO Jon Davies said the industry is seeing examples of price rises over a 12-month period of up to 70 per cent and yet clients continue to expect fix prices.

“The industry cannot continue to bear the cost of these steep price increases—some costs will need to be passed on to halt the growing trend of insolvencies,” said Mr Davies.

“This is a shared problem—government, contractors and the supply chain are in the immediate firing line, but company failures impact the wider economy.

“Construction underpins the economy—contributing to 8 per cent of GDP–and yet it accounts for more insolvencies than any other sector.

“It is in the client’s best interests to work with the contractor as the cost of doing so will be far less than the cost and or delay to a project if the contractor fails.

“Governments, in particular, should not seek to secure projects for less than cost as the impact across the supply network is considerable.”

The Australian Constructors Association is calling on governments to compensate contractors for projects suffering from major price increases regardless of whether the contract terms provide for such relief.

“Major projects are often entered into years before they are completed and no one could have foreseen the current environment and priced for it,” said Mr Davies.

“Projects should not be delayed or deferred as this can have unintended consequences that are worse than the problem trying to be solved. Asset owners can keep to budget by using pre agreed positive/negative variations to adjust the scope to account for material price fluctuations or other risks for that matter.

“The industry needs to become more financially sustainable to properly focus on important issues such as improving productivity, sustainability and innovation.”

Clients will also find their Builders making more phone calls to not only source materials at the moment, but also find the best price for these, always keeping an eye on the quality - a few hudred dollars saved on the same length/type of timber may not be all it is first thought if the quality leads to wastage to cut out unusable sections.

Worth noting is the digitisation of the NSW Planning System has advanced with the ePlanning platform and the launch of the Greater Sydney Urban Development Program (UDP).

The Department of Planning, Industry and Environment has developed the UDP in consultation with local and state government, industry and service providers. It makes government datasets available to industry and councils to assist with their longer-term strategic planning and investment decision making.

The key aims of the UDP are to:

A central component of the UDP is an online dashboard which brings together, for the first time, government data on housing, employment and infrastructure.

A perusal here will show you that in the 12 months to March 2022 there were 145 Completions in the Northern Beaches LGA compared to 2,395 in The Hills Shire and 4.096 and that there is a whopping 69, 015 dwellings 'in the pipeline' for greenfield areas.

On July 28th the NSW Department of Planning announced the NSW Government has introduced a new, world-first land-use tool set to speed up the planning system and save taxpayers millions of dollars a year.

Leon Walker, Deputy Secretary – Homes, Property and Development at the Department of Planning and Environment said the government had partnered with WSP Australia, Giraffe and Aerometrex to develop the Land iQ tool.

“This world first data platform will be a game changer for the planning system, helping government agencies make faster, smarter decisions about the use of land,” Mr Walker said.

“It uses smart technology to speed up planning processes and will help us unlock more homes for people by addressing barriers and exploring opportunities to provide practical solutions across the state.”

“We’re already putting the platform to good use to support the expedited delivery of temporary housing in Northern NSW as part of our flood response,” Mr Walker said.

Minister for Planning and Minister for Homes Anthony Roberts said Land iQ brings more than 40 land use data types into one single platform, making it easy to search more than 8 million lots and properties and test different scenarios for land use.

“Until now, Government agencies have used various methods, tools and systems for land use analysis – it’s inconsistent, broadly manual and inflexible. Land iQ can help to change all that,” Mr Roberts said.

“The tool means agencies can bring together more than 100 datasets from a range of sources to find sites that meet development requirements, then virtually test and learn how different planning scenarios perform in a specific place or region.

“It’s a solution that could help save the taxpayer up to $15 million a year and reduce the time it takes to evaluate projects by at least a month,” Mr Roberts said.

Land iQ had been developed and tested in collaboration with agencies across NSW Government. WSP, which authored the Independent Planning Review for the SEPP (Planning Systems) 2021 Aboriginal Lands & Northern Beaches Aboriginal Land Development Delivery Plan for the Department of Planning, has been appointed to deliver Land iQ.

The digital tool will support the Department of Planning in its alignment with the New South Wales (NSW) Government’s Strategic Land and Property Framework (SLPF).

“It’s a living platform designed to continue to evolve and adapt to the future needs of users, leveraging new digital resources as they become available,” Mr Walker said.

“While it’s only currently available to NSW Government agencies, the plan is to refine the tool and develop license options to make it available to other levels of government, Councils, Local Aboriginal Land Councils, researchers, and industry.”

The Departments' website states the Land iQ may be available to others from 2023-24. 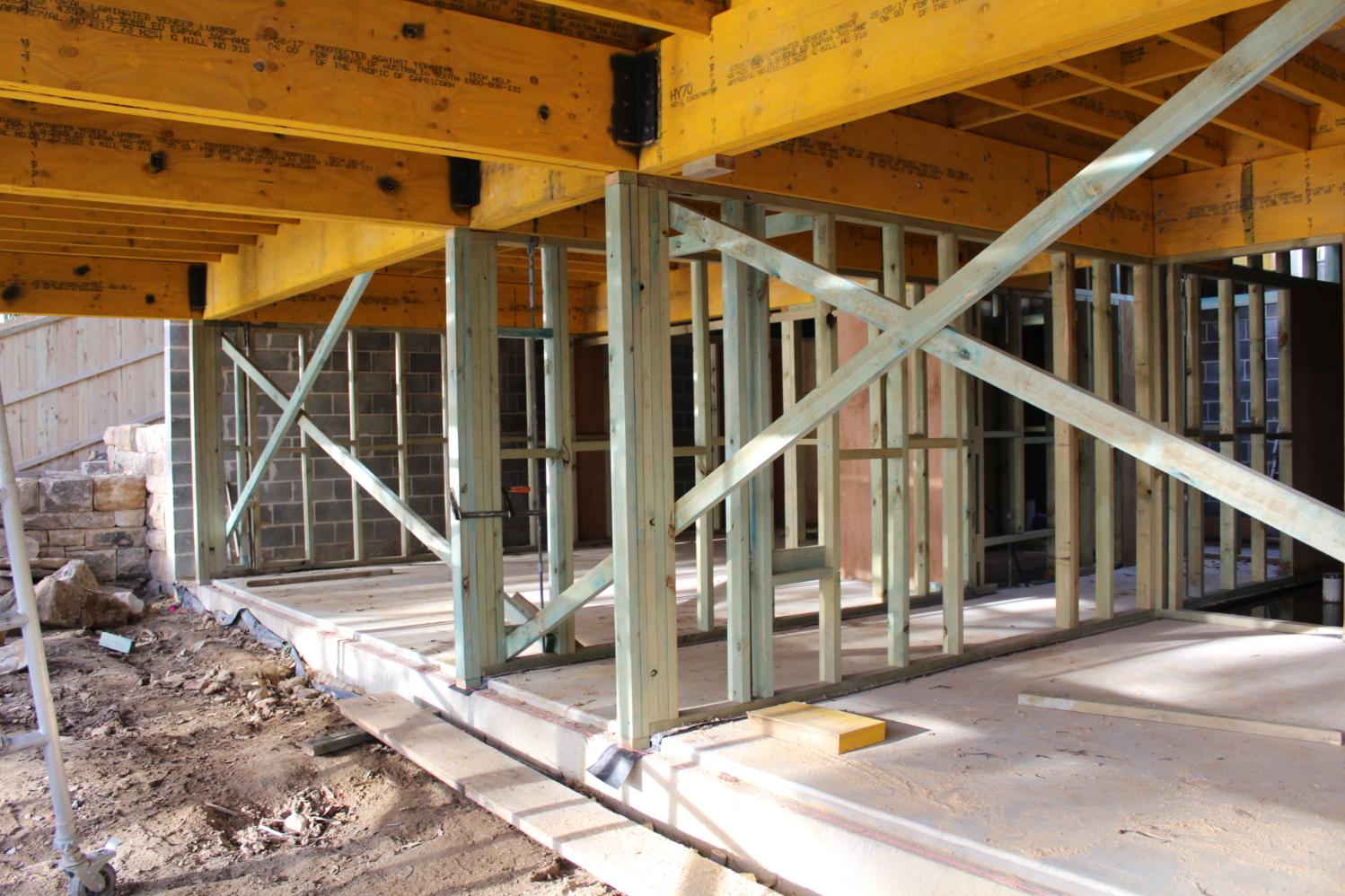