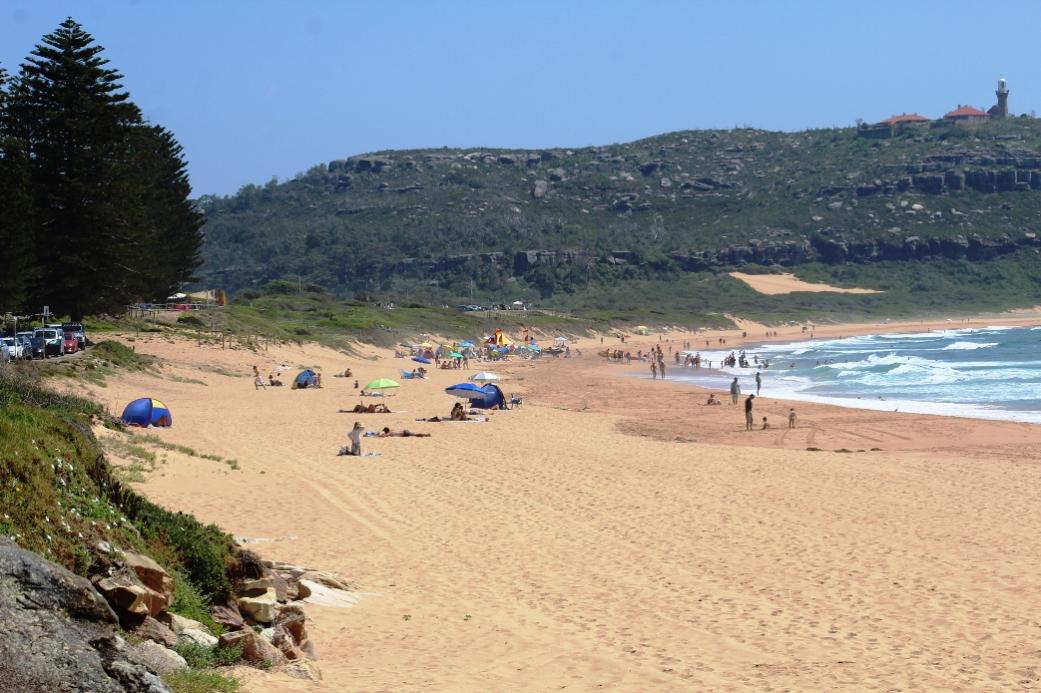 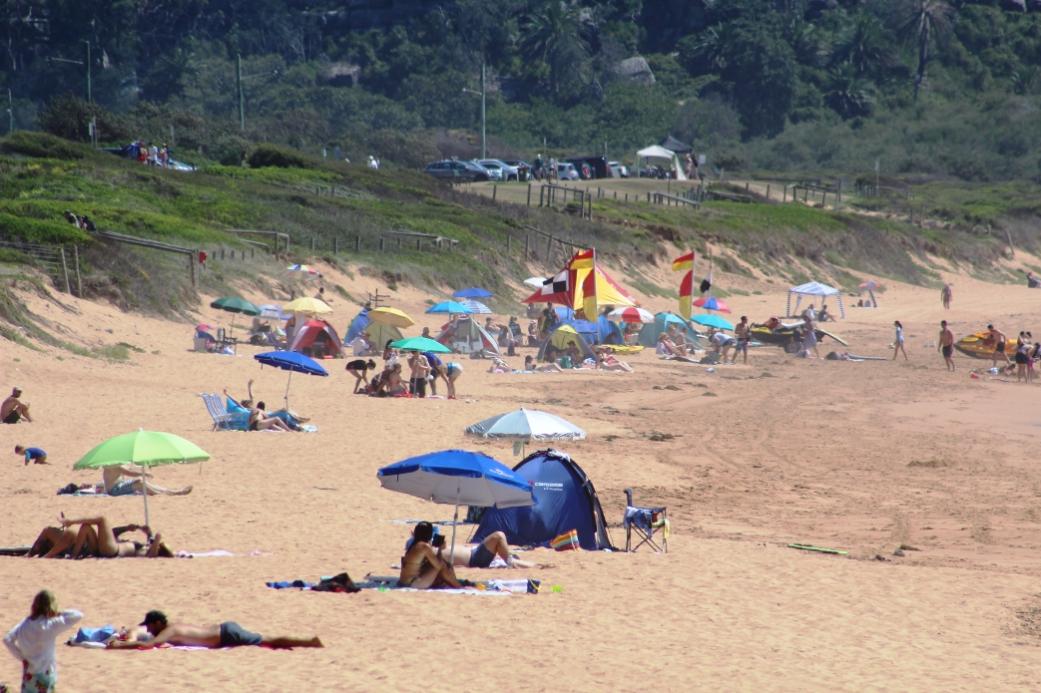 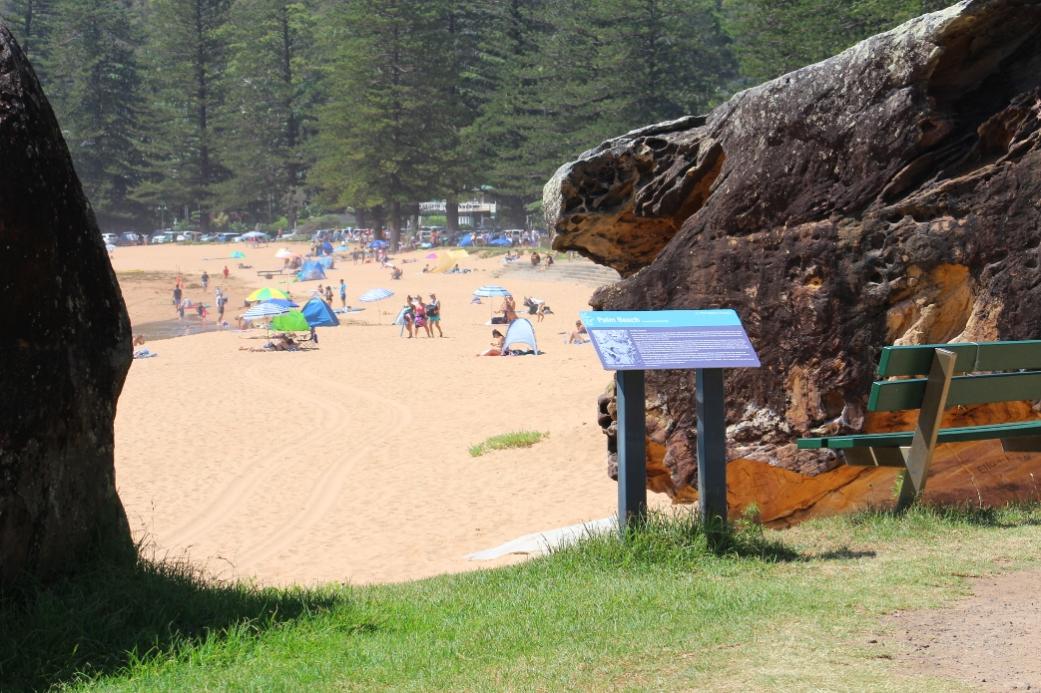 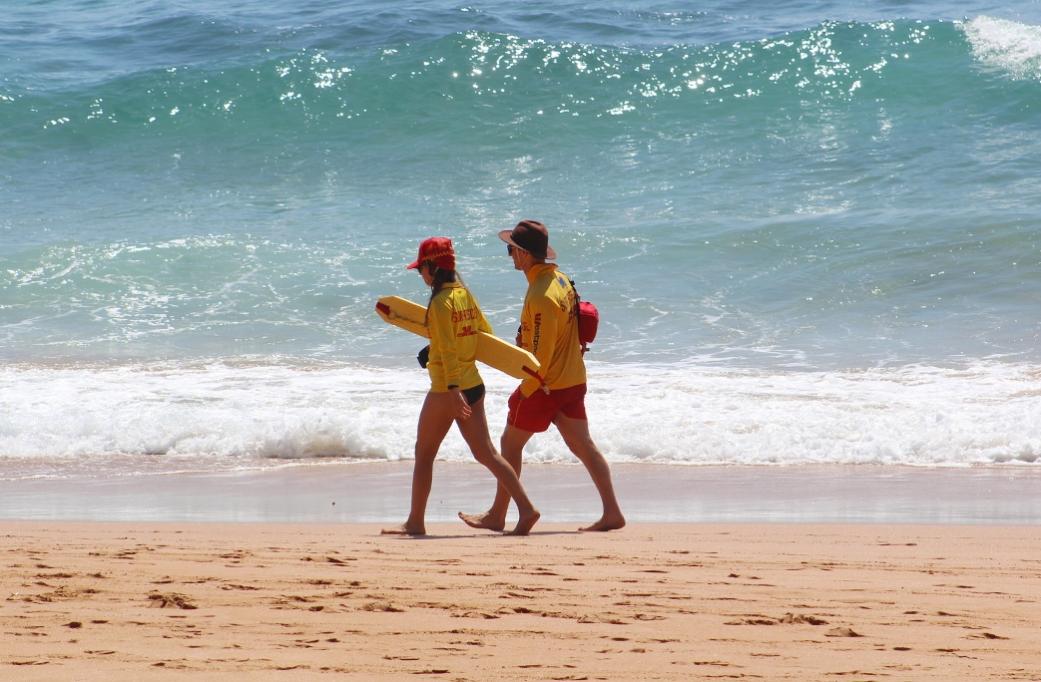 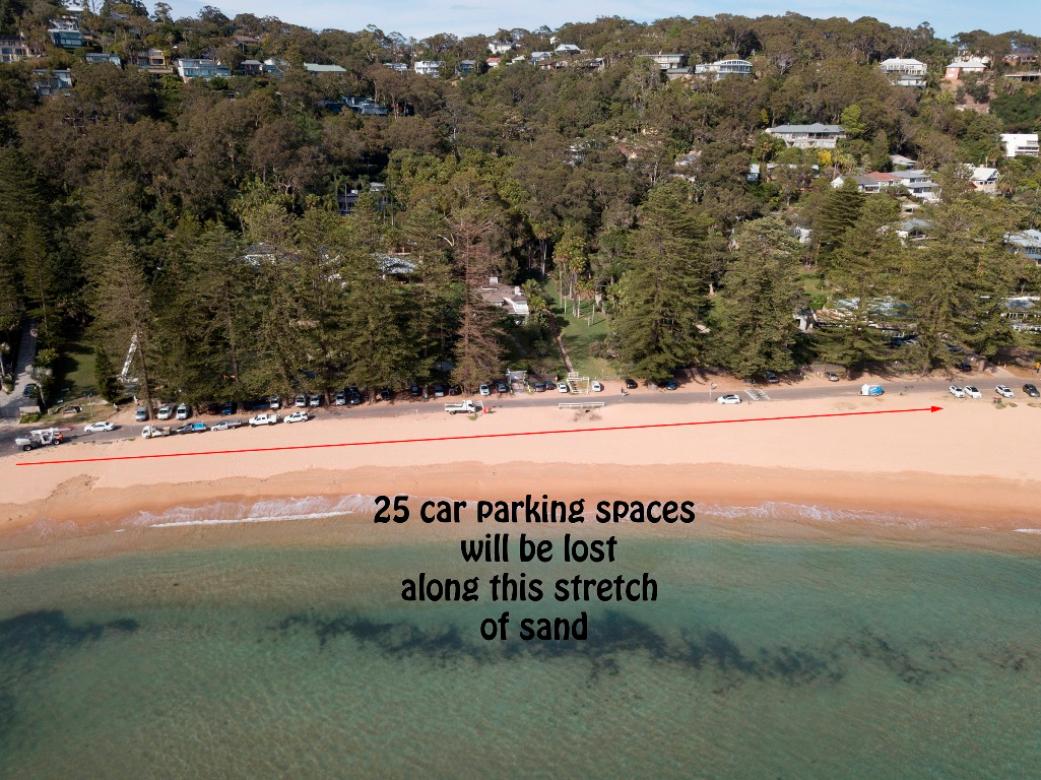 photo copyright Guy Finlay.
The Palm Beach Walkway from Palm Beach Ferry Wharf to Governor Phillip Park has commenced, a much needed safety measure for those visitors alighting from Palm Beach ferry wharf and walking to Palm Beach and great for residents who love cycling or walking out to the beachfront.
The community engagement aspect has attracted some criticism, which could be attributed to the community's cold shoulder of local council 'news' while under Administration but also reflects a growing audience of people finding their news online, through social media and the like, and a turning away from what is called 'old media' by academics.
An information session scheduled for November 6th and scheduled to run from 11 a.m. to 2 p.m. in Pittwater Park at Palm Beach Ferry wharf was cut short due to an impending storm, finishing, according to witnesses, at 12.45 p.m. which unfortunately left those who came ten minutes later, residents in Barrenjoey road and Waratah street Palm Beach, whose properties are affected by that section of the Palm Beach walkway and who had only just been informed of the development, already commenced by then, without answers to queries.
One gentleman stated he had not been contacted at all by council and the walkway encroaches on his land. Others have also expressed a 'first I've heard about it' experience, which can be attributed to a section of dwellings being holiday homes along that stretch where people may be absent, but as many are occupied full-time, year round, it doesn't explain the gap between;
'So far, for this project, the Palm Beach community has also been provided with;
• An information letter that was issued out 2 weeks ago with project contacts
• Email updates
• Project signage onsite
• Drop In sessions
• 1:1 meetings with residents along Barrenjoey Rd (ongoing)
• Regular onsite discussions with community during site visits
• Palm Beach Walkway Project Page Updates'
and the experience of residents affected who turned up anyway.
A subsequent 'editing' of the Palm Beach Walkway webpage on council's website to modify this change of time and make it appear that was the original intention seems silly when no one wants anyone standing out in a storm and those who received the email stating the times still have that notification. It took residents asking Councillor Vincent de Luca OAM to inquire on their behalf to ascertain the reason for the disappearance.
Cr de Luca's inquiry as to those queries not answered and people who are hearing about this for the first time was answered with 'All residents who are directly affected by the walkway project (along Barrenjoey road) are currently being consulted via house visits, emails and phone calls'.
Those who attended also dispute the webpage's report of 'We received lots of positive feedback and general excitement about the project.' at the Information session. One gentleman stating 'it was half a dozen residents questioning the "fit for purpose" doubts (negative) reaction to the published map of the South Palm Beach section! '.
In the council meeting agenda recommending passing the Palm Beach South Landscape Plan it is stated there were 32 responses, with respondents 'The main issue raised in the submissions is the loss of approximately 10 to 12 parking bays at the southern end of the beach to accommodate a short boardwalk. However, it is recommended to retain the boardwalk to address pedestrian safety in this area, particularly for elderly people and children. '
The statement that only 10 to 12 parking spaces will be lost, from Wiltshire park towards the southern end, is not in keeping with the drawings which show landscaping installed beachside in a longer stretch than this.
For those that go to South Palm Beach there is a resident who has started a petition to stop the boardwalk and loss of parking into Kiddies Corner or any of South Palm Beach. When Pittwater Online spoke to him on Saturday (December 16th) he stated only two people he had spoken to so far had any idea that changes were planned for Palm Beach or that they had already been passed. In just a few short hours he has already gathered 95 signatures.
The Petition reads:
WE THE UNDERSIGNED DO NOT WANT:-
a) Any changes made to the current parking which has ALWAYS been allowed along the beach at the southern end of Ocean Road, Palm Beach.
b) A boardwalk built along this section which would prove totally impractical to maintain due to sand movement and storm wave action.
Here the 'fit for the purpose' query is raised again. The flyer showing what is planned, and the webpage for this project does not indicate where or when the Coastal Construction and Management plans were done to demonstrate how a boardwalk placed along the sand will not contribute to the loss of sand in storm events or be subject to destruction and ongoing replacement after a storm event. Nor is any Coastal Management Plan with any independent coastal management authority regarding the placement of the boardwalk on the south Palm Beach sand available.
More HERE 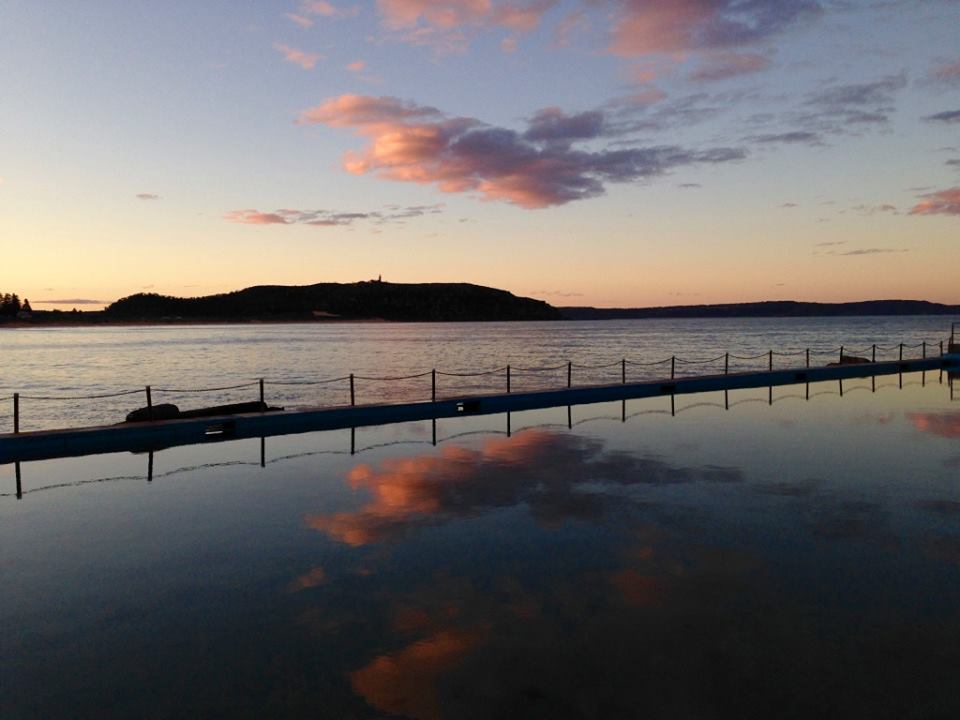 Palm Beach Rock pool Reflection - photo by Adriaan van der Wallen, 2017
Our final Issue for 2017 is published today, Sunday, December 17th. In our Pictures page run images and snippets from some of the stories we've run this year, many of these stories contributions from community members.
We'd like to thank the many for raising your voices and speaking up and out during a year when so much of the local voice has seemed to be a quiet undertone prevailing despite a deafening array of announcements in an exercise that has felt at times like we are being spoken to, not with.
Your wonderful celebrations of all that is good and great here, those lovely smiles that cheer just by sighting them, those strident objections that continue a conversation around issues, conducted with dignity, patience, politeness and respect for others, are what a great community is all about.
How could we be otherwise?; we are blessed with living in the most beautiful place in the world - when we need to exhale we may wander through bush tracks, go sailing on a wondrous estuary or just dive into the ocean from our nearest beach. We dwell in a place of Visions - how could we not have Vision and not stick to an All Are Welcome - All Belong ethos?
We hope your Christmas-Hannukka-New Years-LIFE celebrations and end of year reflections include a good amount of focusing on what brings us all together during the break. Let's continue to be kind to each other - it's what makes us great.
Pittwater Online News's first Issue in 2018 will run Sunday January 14th. 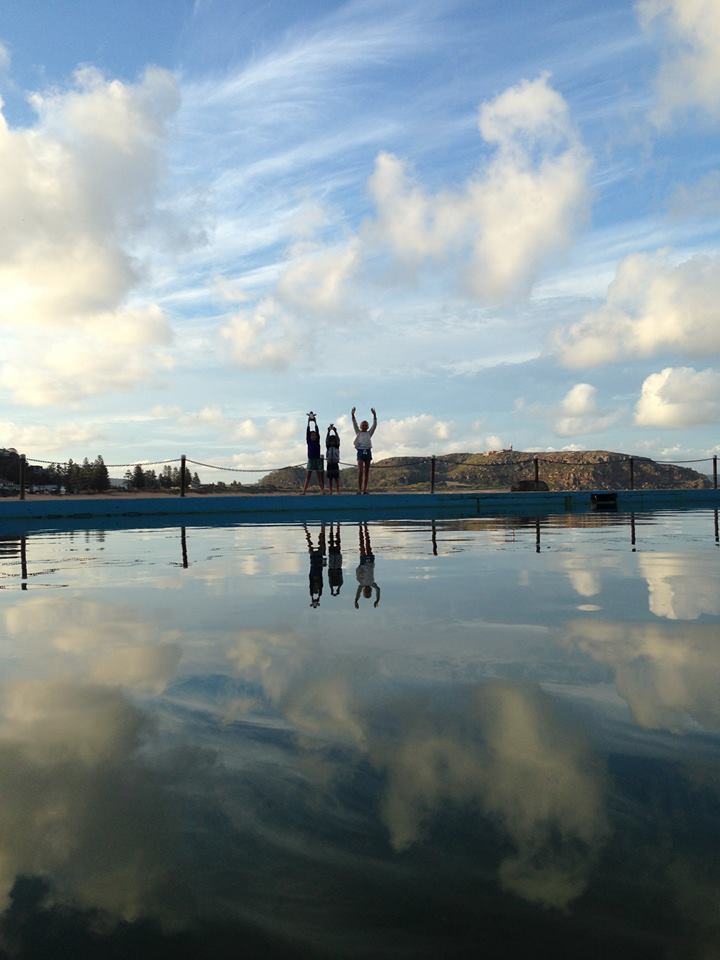 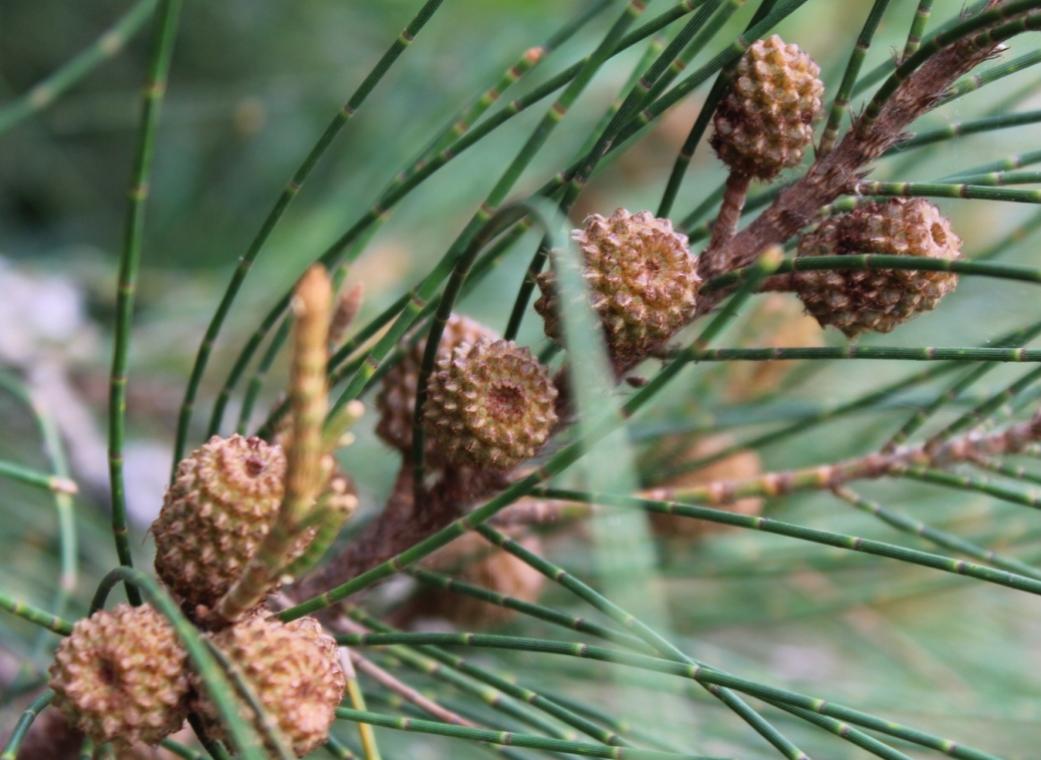 Casuarina - Christmas cheer for all the year!

Some of you may have seen these cicada shells appearing on trees and tree leaves in recent days. This is part of the life cycle of a cicada, who will soon be singing very loudly all around us again this Summer.
When the eggs hatch, the newly hatched nymphs drop to the ground and burrow. Cicadas live underground as nymphs for most of their lives at depths down to about 2.5 metres (8 ft). Nymphs have strong front legs for digging and excavating chambers in close proximity to roots where they feed on xylem sap. In the process, their bodies and interior of the burrow become coated in anal fluids. In wet habitats, larger species construct mud towers above ground in order to aerate their burrows. In the final nymphal instar, they construct an exit tunnel to the surface and emerge. They then moult (shed their skins) on a nearby plant for the last time, and emerge as adults. The exuviae or abandoned exoskeletons remain, still clinging to the bark of the tree. 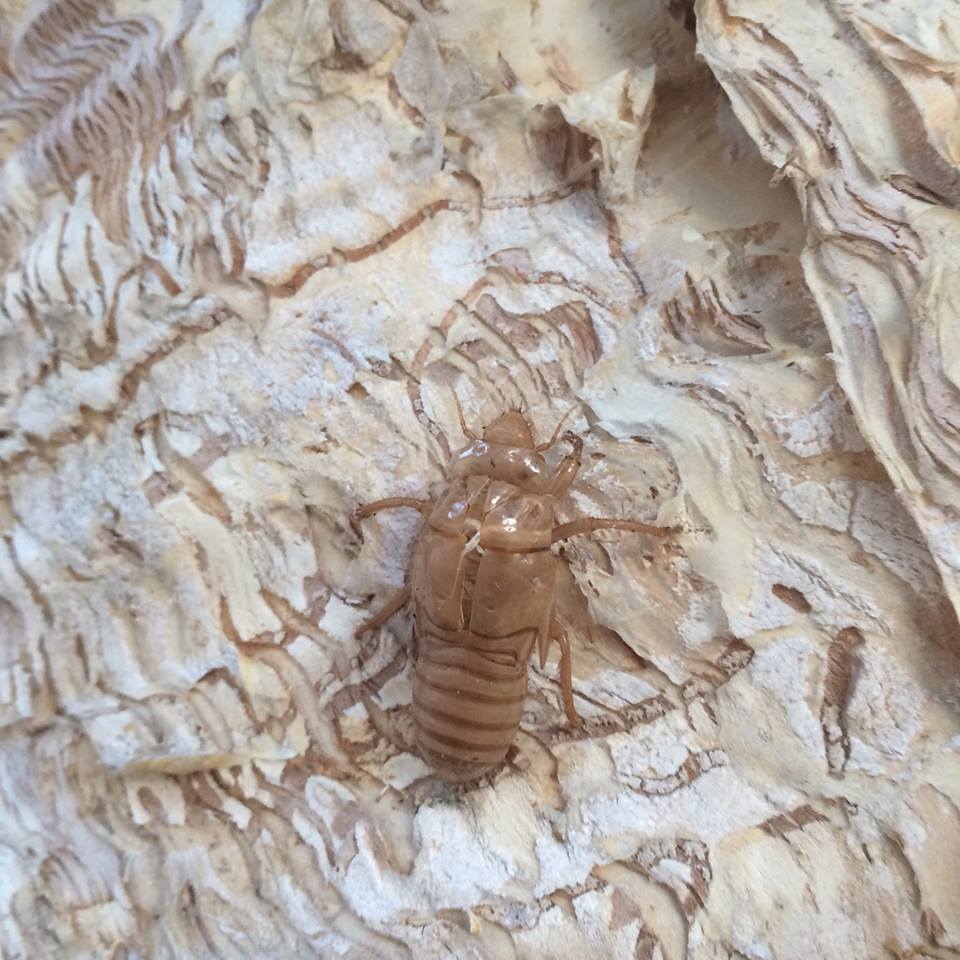 Most cicadas go through a life cycle that lasts from two to five years. Some species have much longer life cycles, such as the North American genus, Magicicada, which has a number of distinct "broods" that go through either a 17-year or, in some parts of the world, a 13-year life cycle. The long life cycles may have developed as a response to predators, such as the cicada killer wasp and praying mantis. A specialist predator with a shorter life cycle of at least two years could not reliably prey upon the cicadas.
Want to find out more about our local cicadas? Visit our 2013 page: Yellow Monday Cicadas – The Australian Insect Canary
Photos by Selena Griffith and A J Guesdon, December 2017 - at Elanora Heights and Careel Bay, Pittwater. 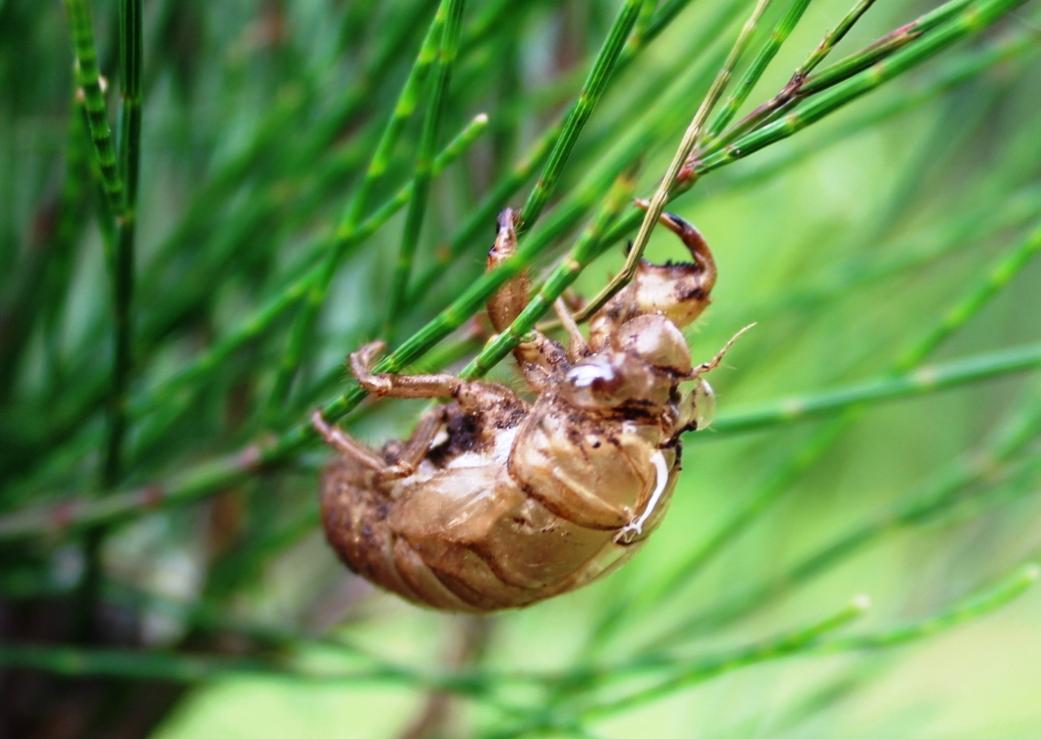 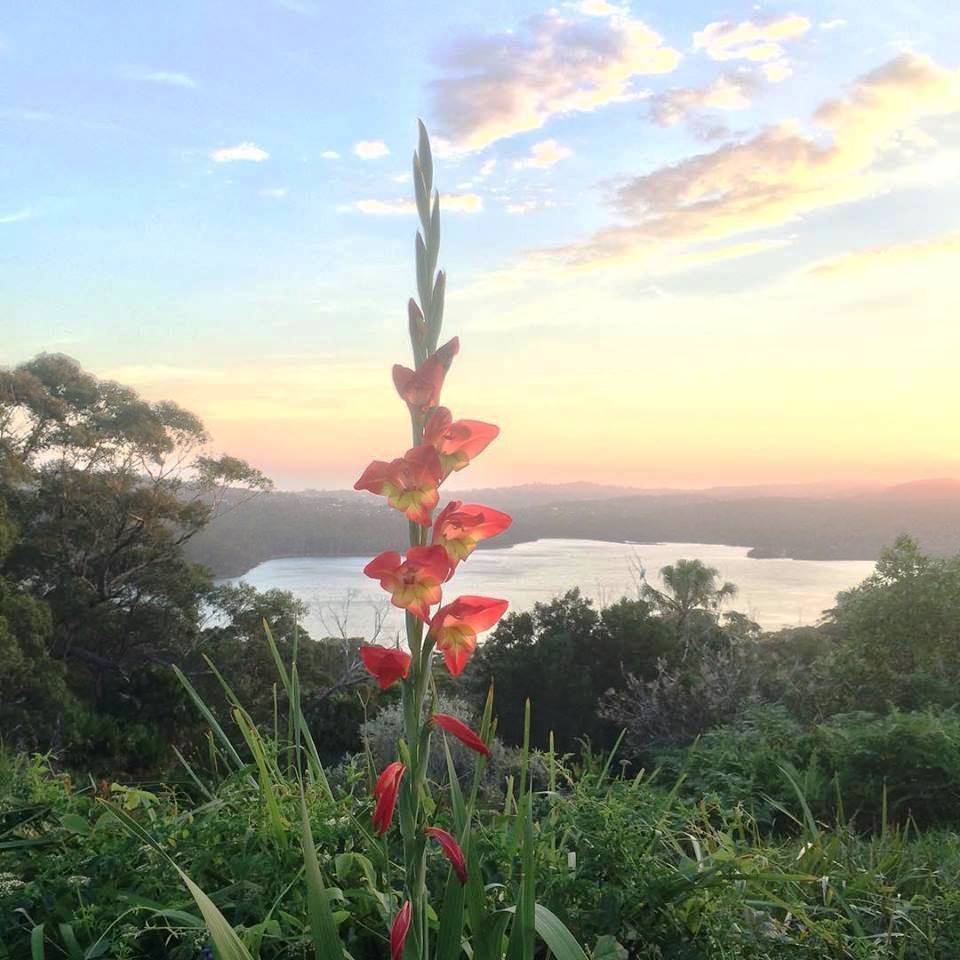 We're all gladioli to be living here - view over Narrabeen Lagoon by Selena Griffith, December 2017

Cricket Of The Sporting Kind In Pittwater 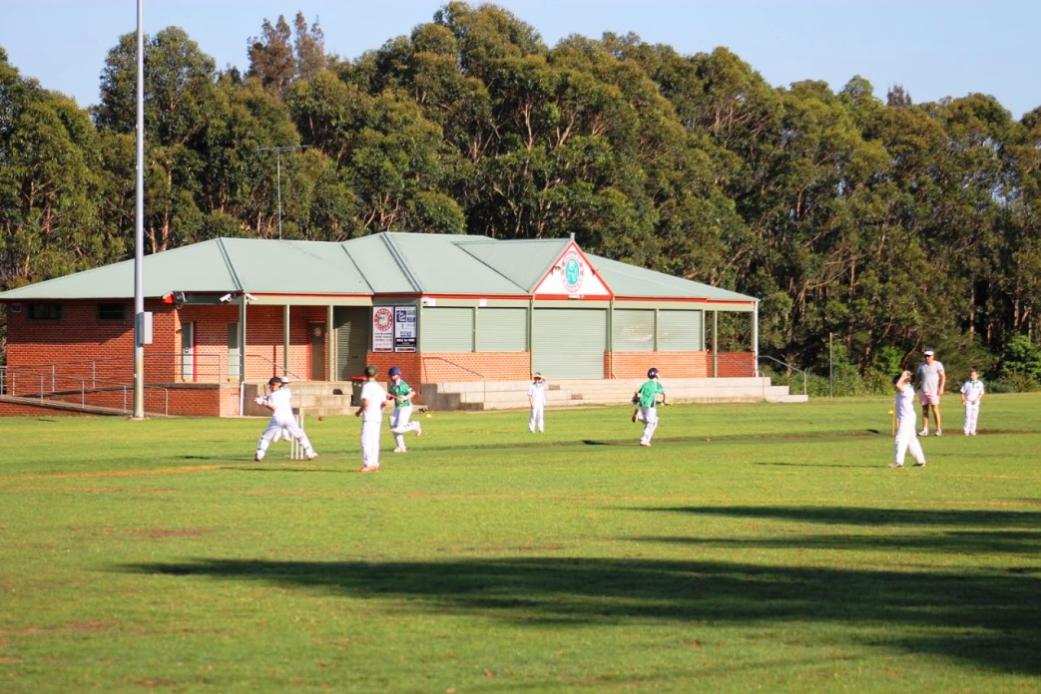 That rise of the cicada symphony interspersed with cricket song is here - above is another definition -
Summer is here!