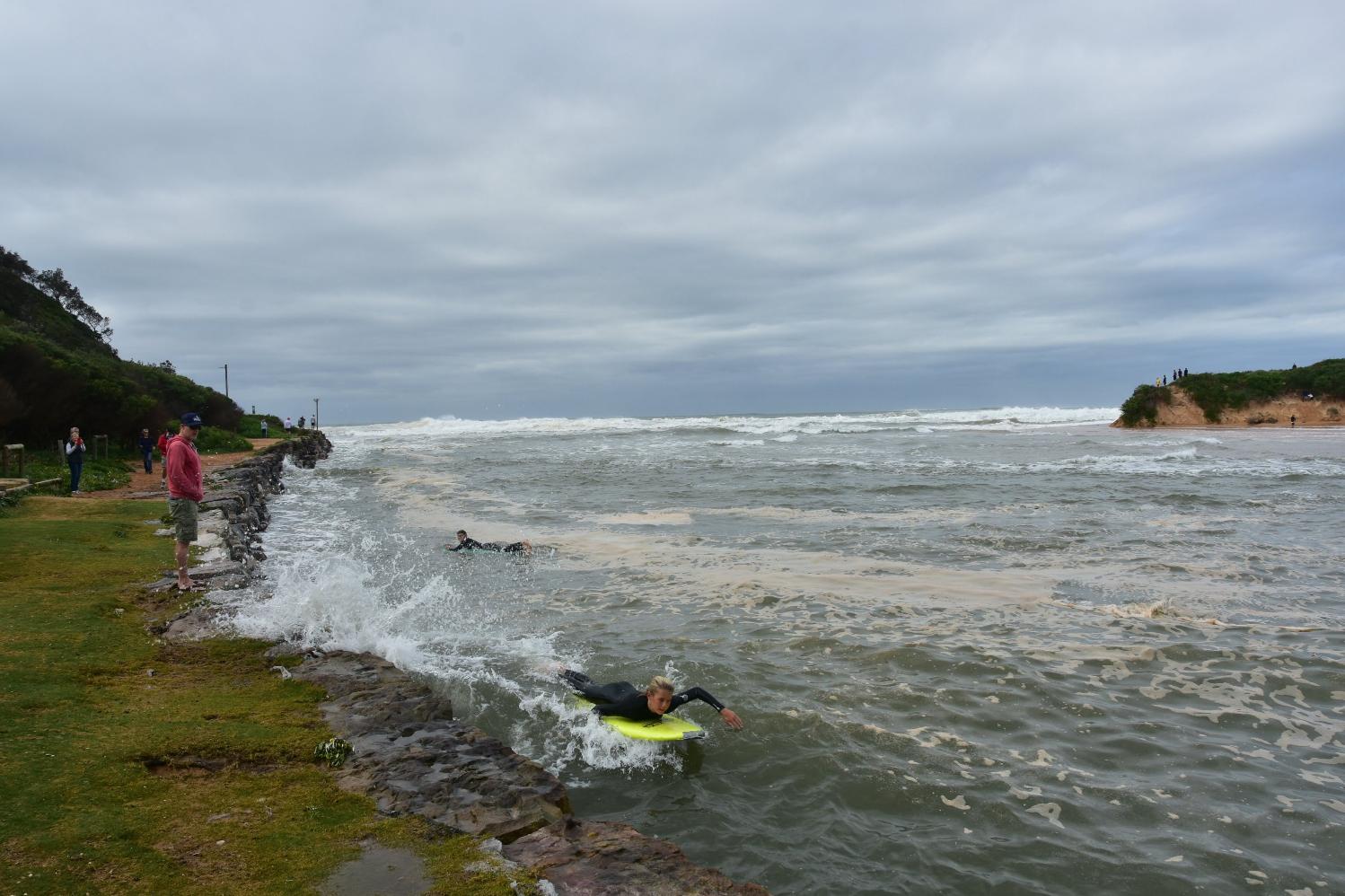 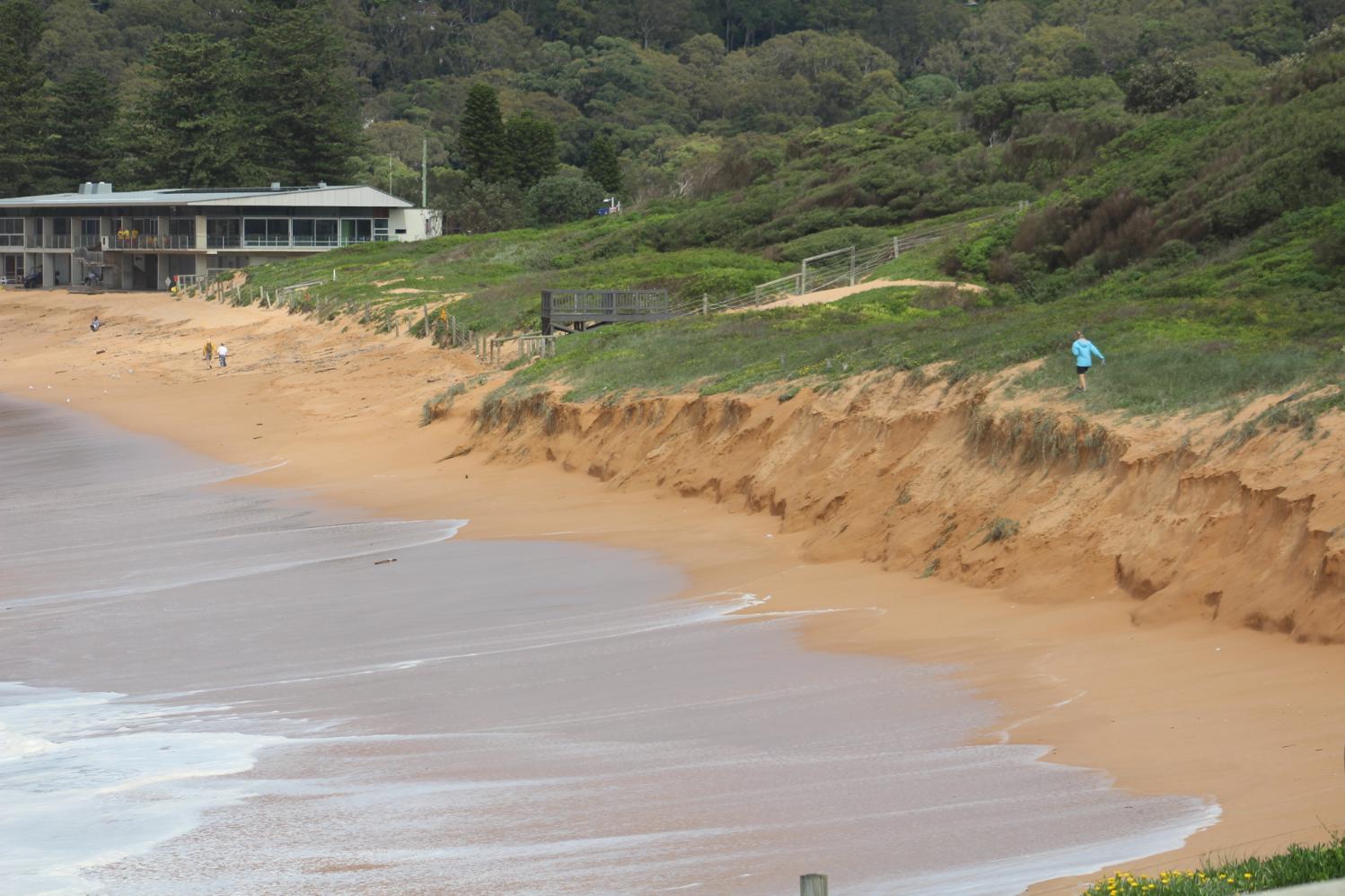 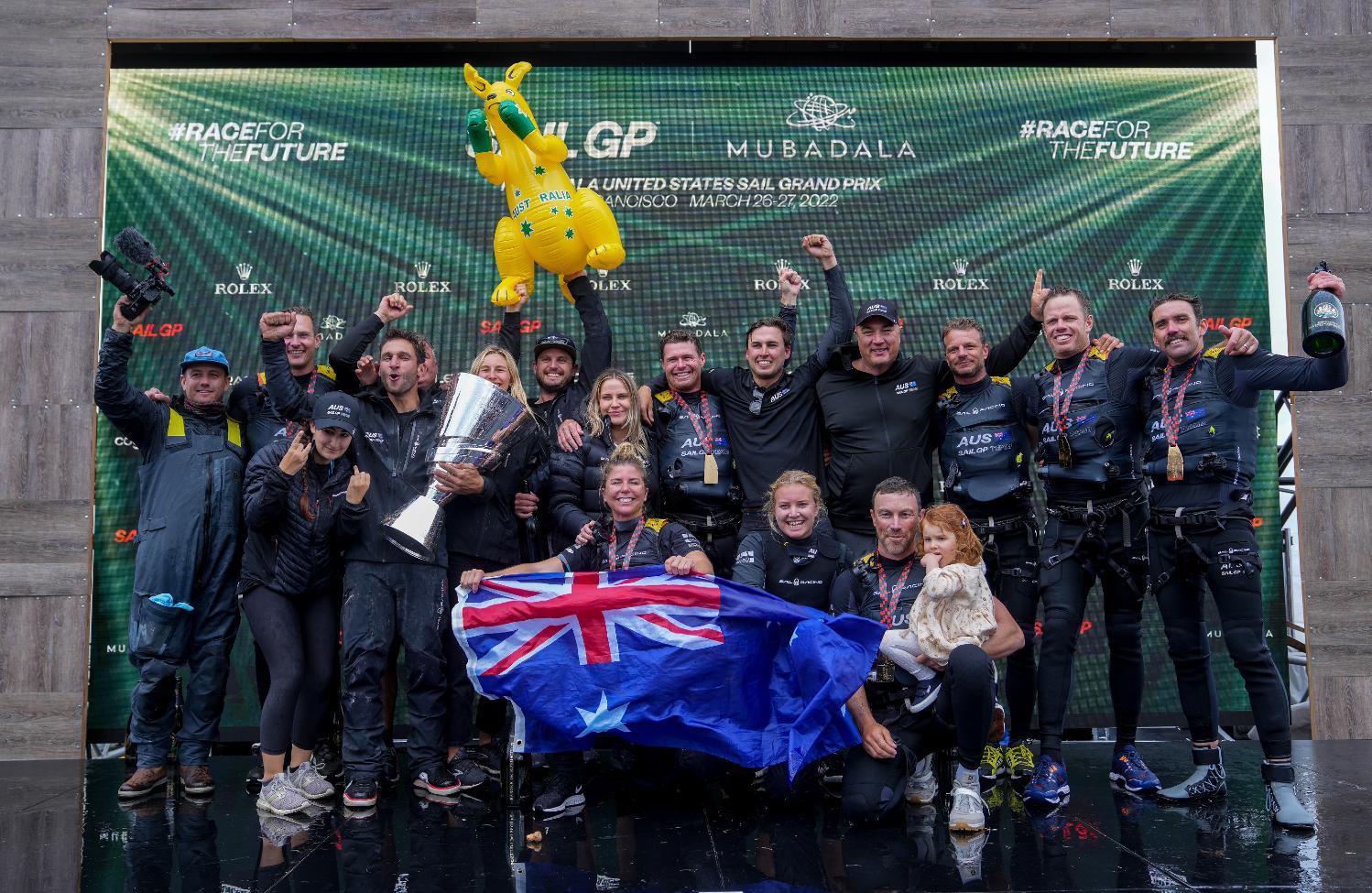 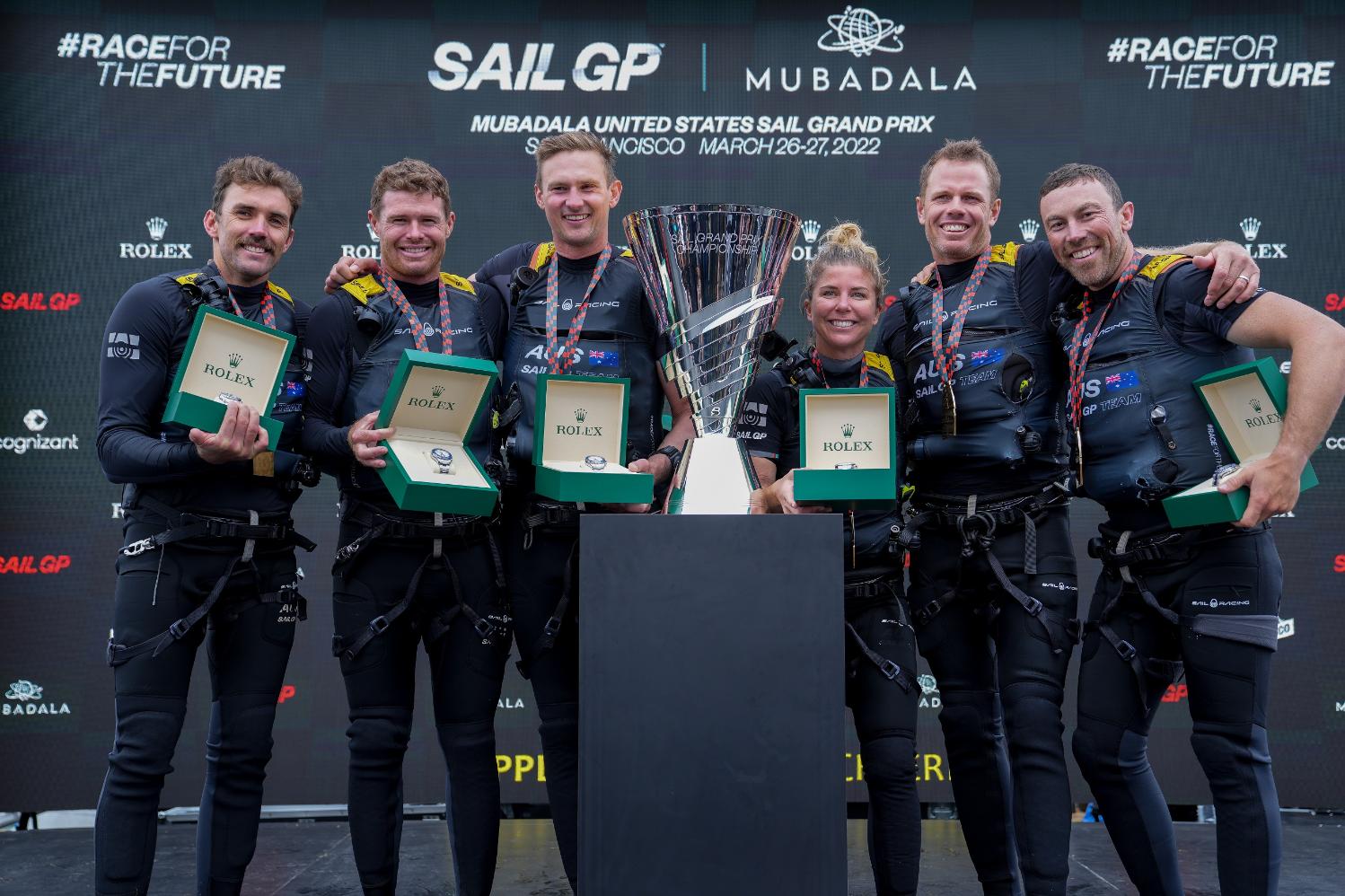 Australia SailGP Team helmed by Tom Slingsby on the podium with their Rolex watches and the Championship Trophy after their victory in the Grand Final on Race Day 2 of San Francisco SailGP, Season 2 in San Francisco, USA. 27th March 2022. Photo: Bob Martin for SailGP.

Tom Slingsby has led the Australia SailGP team to a stunning victory and secured a place in history, after beating Japan and USA in the final drama fuelled race, to be crowned the SailGP Champions of Season 2 over the wee3kend of March 26-27, 2022.

Slingsby went head to head with long standing season rivals and fellow Australian’s Nathan Outteridge from the Japan team and Jimmy Spithill from the USA team on the San Francisco Bay, battling freak weather conditions and drama never witnessed before in racing.

The first Grand Final race in fact had to be abandoned, after a whale was sighted breaching inside the course, just as the Australians had cinched the lead. But not one to be rattled by adversity, Slingsby proved the team’s superior tactical prowess and brute strength in the second scheduled grand final race.

This wasn't the only challenge for the San Francisco leg of Season 2 of the SailGP. The Australian SailGP Team capsized on San Francisco Bay during a training session, seriously damaging the P50. The capsize occurred towards the end of the team’s routine training from a failed tack bear away. all athletes were safe and accounted for following the incident.

Tom Slingsby said: “It was getting late in the day and the breeze was building. We were out for our final training run and we went for a tack bear away which is a hard manoeuvre and unfortunately we capsized.”

“We have broken a few of the fairings on the platform and some of the electrical components, but the biggest damage is to the wing. The top flap of the wing basically disintegrated on impact so that needs to be rebuilt from scratch. Typically that would be a one week process, but our tech team is looking to do this in the next 48 hours.”

The SailGP tech team worked to repair the damage, with the aim of having the team back on the water as soon as possible, in preparation for the Season Final weekend where they were racing on San Francisco Bay. 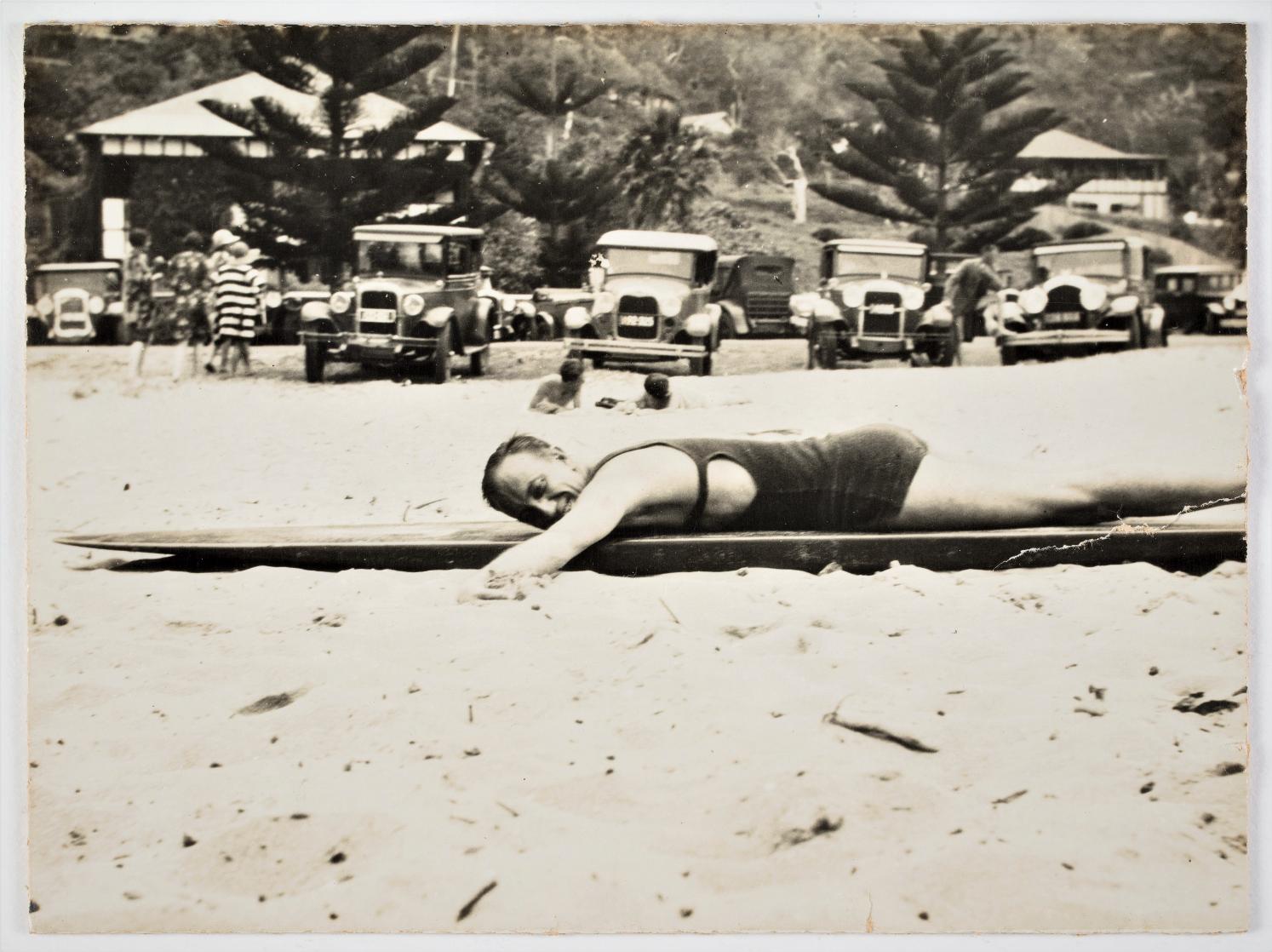 Photo: Photo: Charles Kingsford-Smith – having a sunbake on a long surfboard, Palm Beach, outside Chorleys'. Photo: State Library of NSW

The World Surf League (WSL) has announced the 2022 World Longboard Tour schedule. Manly Beach, Huntington Beach, and Malibu will host this year’s Longboard competitions for the men’s and women’s divisions. The first two events of the season in Manly Beach and Huntington Beach will be worth 5,000 points each, while the final event in Malibu will have 10,000 points on offer. The World Titles will be determined by the highest points in the best two of three competitions.

“We’re also excited that this year’s Tour will start at Manly Beach then continue on at Huntington Beach. All of this Tour's breaks are steeped in longboard history spanning back to the 1960s, where champions were crowned and surf culture as we know it today entered the world stage.” 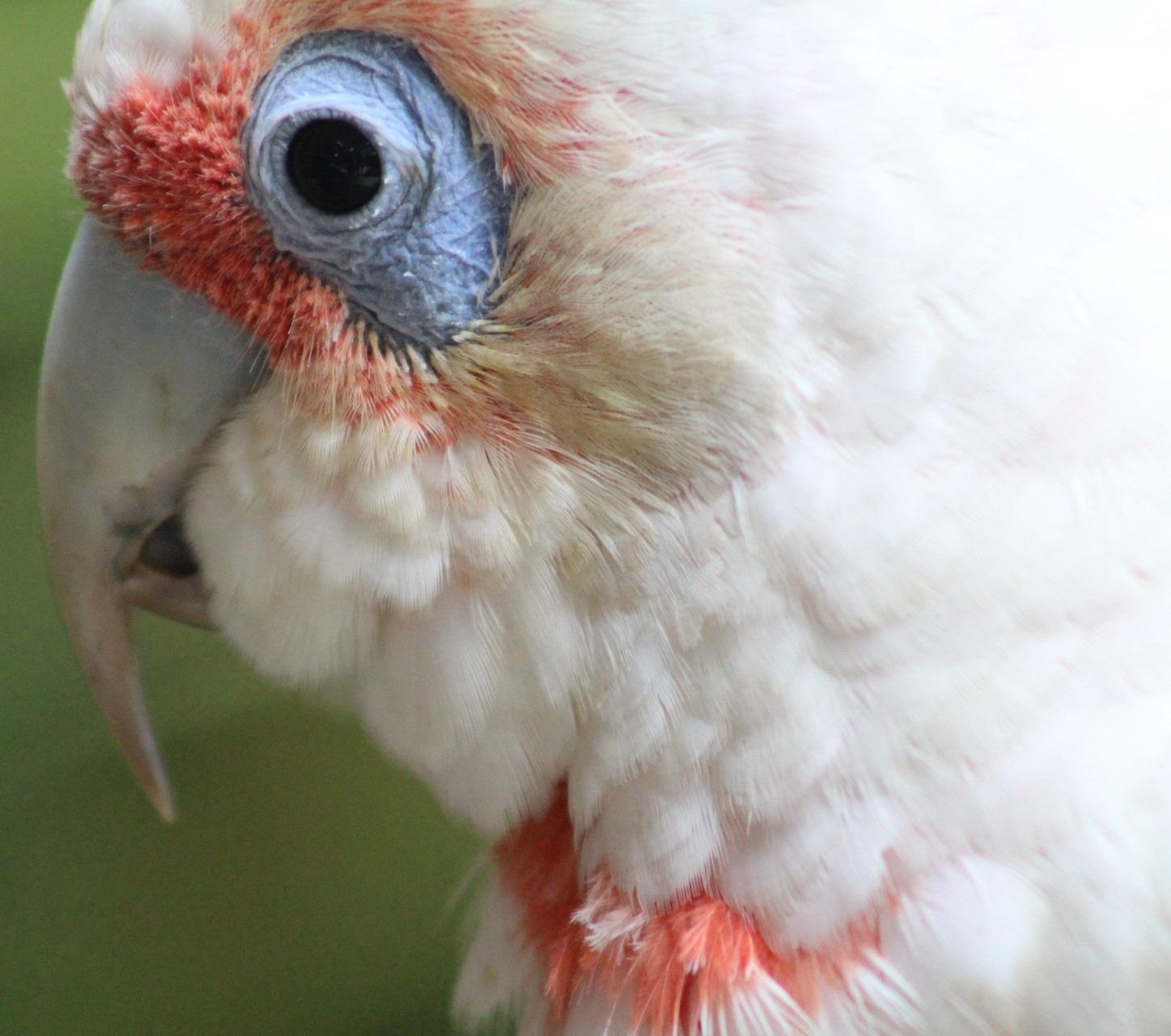