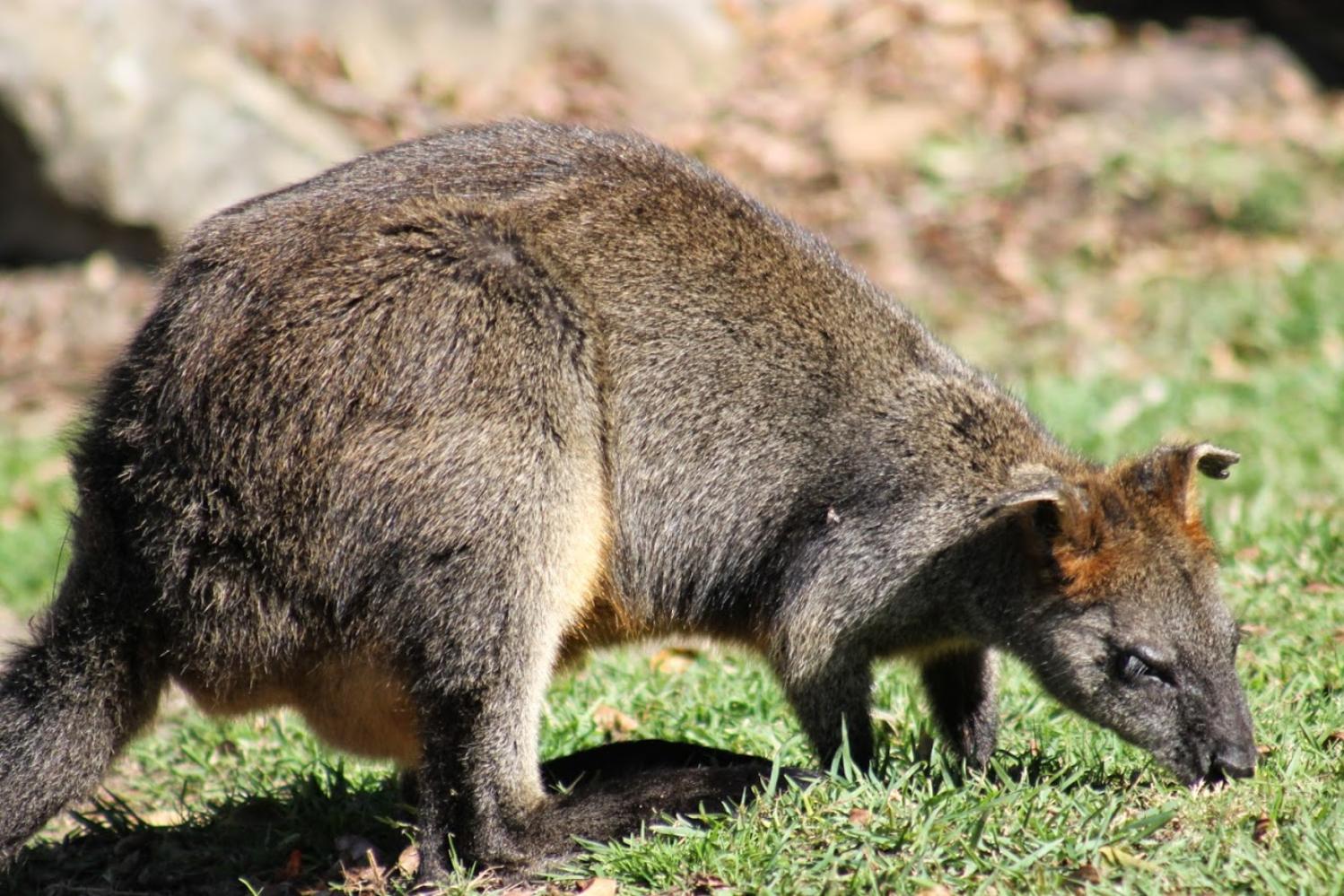 A video posted August 5th 2020 on a website called ‘Trail Forks’ with a webpage dedicated to ‘Deep Creek’ and titled ‘Submission to Friday Fails’ shows a mountain bike rider colliding with a wallaby that had been sitting quietly in the morning sun. The rider was dislodged – no account of what happened to the wallaby or whether help was sought for what would certainly be injuries and shock was posted

The trail is named by the sites’ members ‘Lower Bahai DH’, and is the Caleyi Track from Ingleside down to Narrabeen, through the Garigal National Park where it connects to council reserves behind Elanora Heights, and where signs advising of this not being an area for mountain bike or trail bike riding have been vandalised.

According to the 'Deep Creek' webpage there are 38 'trails' and have been 101 rides taken by proponents in the past week along with, in red, ‘’ This region is Unsanctioned, Ride at your own Risk!’’. The ‘Lower Bahai’ trail records 10 rides this week and 122 over the past 6 months.

In the past fortnight Readers have forwarded photos showing evidence of the destruction of birds, destruction of sacred sites, a dog off-leash chasing and badly mauling a bird in front of a family, with the owner shrugging and walking away, wheelbarrows and tools stored at Ingleside to cut more tracks, the new tracks themselves, and a fire site along the Chiltern Track at Ingleside that is being used regularly.

As requested, the photos have also been forwarded to National Parks and Wildlife and Council. 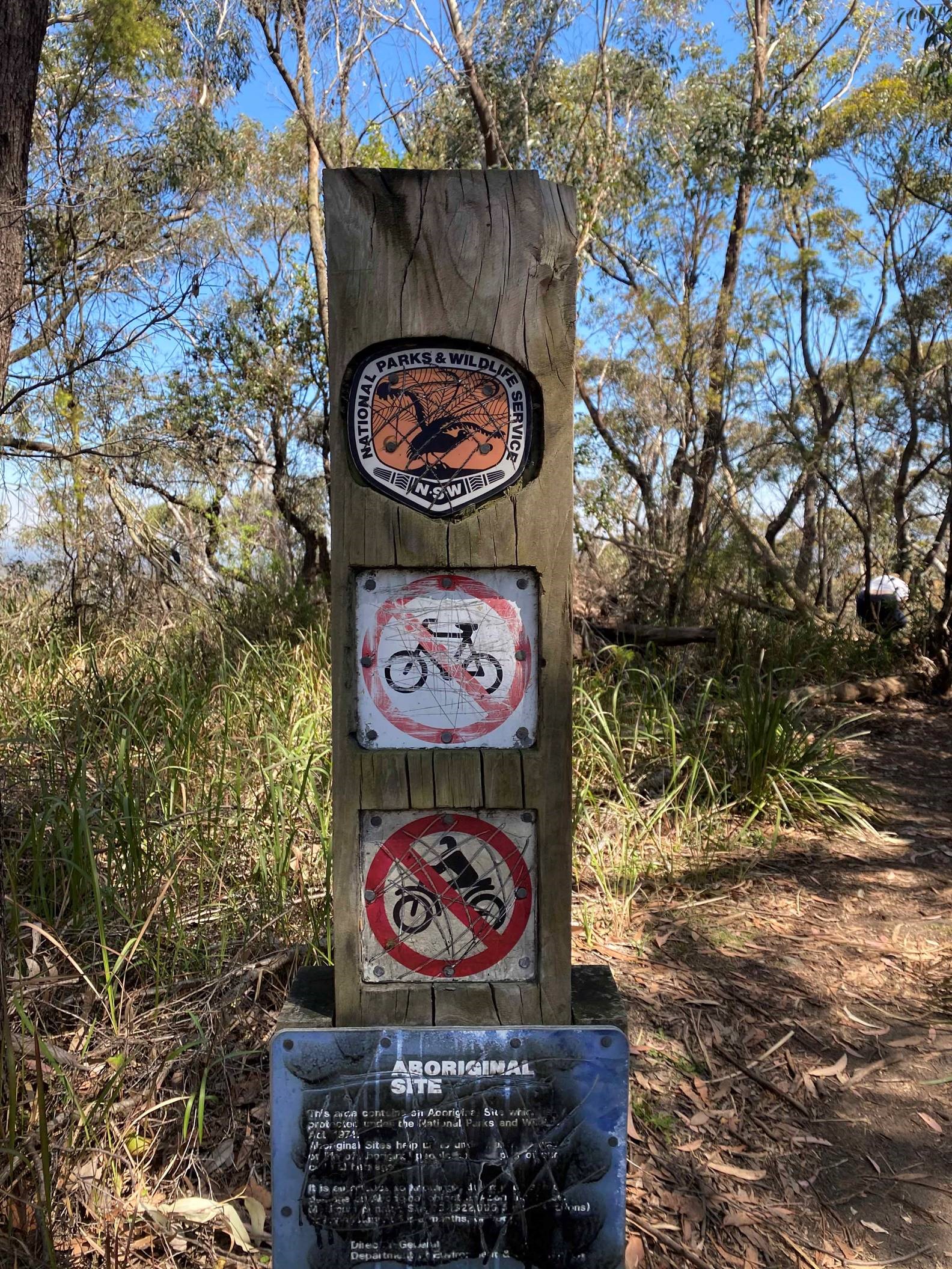 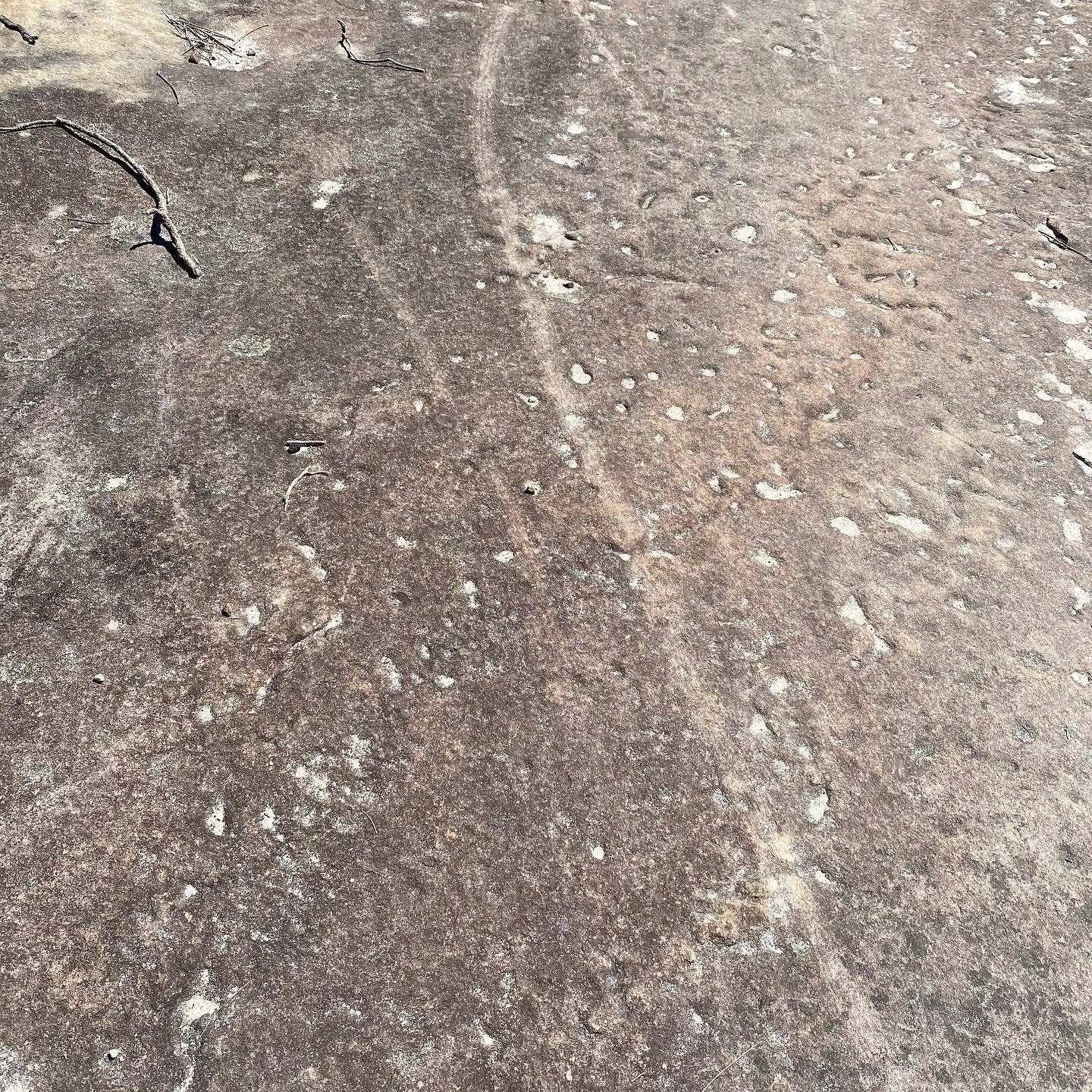 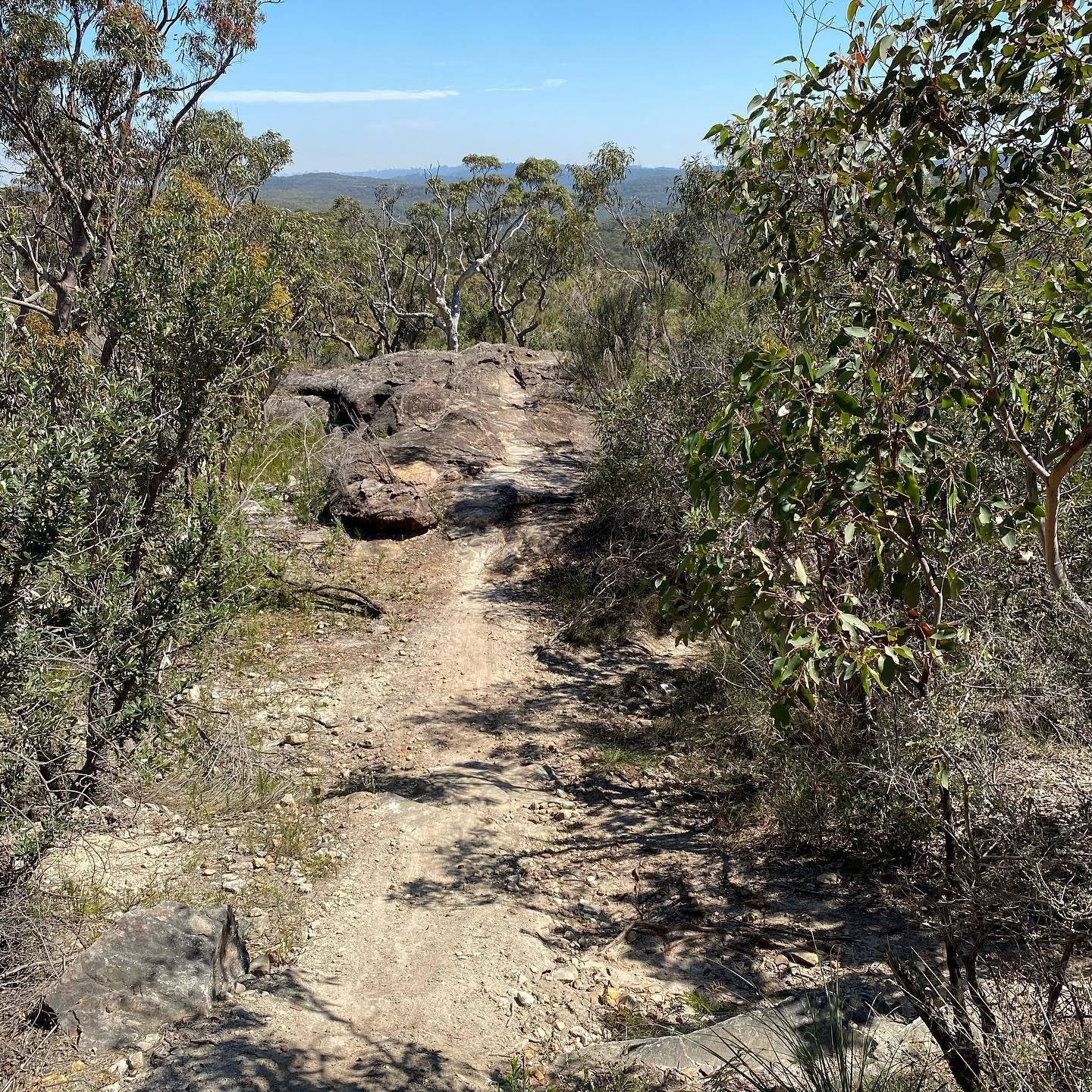 The main ‘Trail Forks’ page for ‘Deep Creek’ states that the ‘Garigal Gorillas Mountain Bike Club’ are the local supporters of this. However, a spokesperson for the group told Pittwater Online News this week that they are vehemently opposed to any destruction of sacred sites, definitely opposed to anyone cutting illegal trails in council reserves and national parks, and, when put in contact with members of the Aboriginal Support Group Manly-Warringah-Pittwater, immediately agreed to involve their membership in a Walk-Talk through these areas with ASGMWP elders. The ‘GG’s, along with ASGMWP, hope that sharing knowledge of why these places are protected may filter out to those eager to boast online about riding over and vandalising them, destroying the bush, or hurting the wildlife that actually lives there.

Residents have also reported dogs off-leash on every beach with one councillor, when asking for volunteers via social media for the Council’s Covid-Safe beach summer patrols, receiving the quick retort that volunteering for a dog patrol to keep the dogs off the beaches, and away from people and wildlife, would receive a speedier and larger response.

‘’ The Council have paid little attention to dogs on beaches, most days you’ll find multiple dogs on the beaches, often unleashed.’’

Further north, at Avalon, someone has been shooting cockatoos around the Palmgrove road area, with injuries so severe they need to be euthanised and the Police now seeking the killer. At Careel Bay a nest of four Lapwing plover chicks was reduced to one overnight, and then none, with one resident stating Council mowed the area of the nest site, while people are seen each and every hour running their dogs off-leash on the playing fields – one woman was witnessed on Friday running with three dogs accompanying her heedless morning ‘jog’ around the soccer fields while a Pacific black duck pair were running to the road verge to escape.

Understanding what is involved in caring for wildlife, that which can be saved after it has been attacked by off-leash dogs where they should not be, could help in these instances as well.

One example for two blue tongue lizards currently in care in our area due to dog attacks has been outlined by a volunteer;

‘’A wildlife carer (and a helper) are flushing the bites three or four times a day for one. The other one two times a day. Giving subcut treatments pain relief twice daily and antibiotics every three days. Ointments, creams are applied twice daily. We feed one AD. The wounds are nasty. We use F10 to clean after each treatment. We wash all towels after each treatment. We just purchased new vivariums to house them. We replace all paper each day. We feed/offer them pinkies and fruit. The medicines we need to claim back, the food we don’t claim but can claim half cost of pinkies except husband buys and forgets to get a receipt. We can get $10 from office but we were buying it. Cages: I have had a lot donated but we did buy useful ones. Didn’t claim as we all look at that as part of helping. Our time is given, transport, petrol, equipment, protective clothing is up to us. AD is dog supplement. Pinkies are frozen mice.  All meds are usually supplied. The medical equipment is sourced by donations to medi divert or is purchased by us.’’

CEO, Ray Brownlee has stated, in response to the forwarded report of the family who witnessed the duck being chased and mauled at Narrabeen; ''Northern Beaches Council aims to balance the needs of dog owners with the interests and safety of the broader community, as well as protecting local fauna.

However, we take all dog attacks very seriously.

Where dogs are permitted, we remind their owners to ensure their pets are under effective control at all times.

If an area is not marked as an unleashed area, then dogs must be on a lead. However, there are certain areas where dogs are prohibited at all times.

Council rangers are investigating a dog attack on a duck at Middle Creek, where dogs are permitted but must be restrained.

Parts of Deep Creek Reserve are designated as a Wildlife Protection Area (WPA). This includes all bushland south of the creek where dogs or cats are not permitted.

Council’s website has recently been amended to clarify this information.’’ 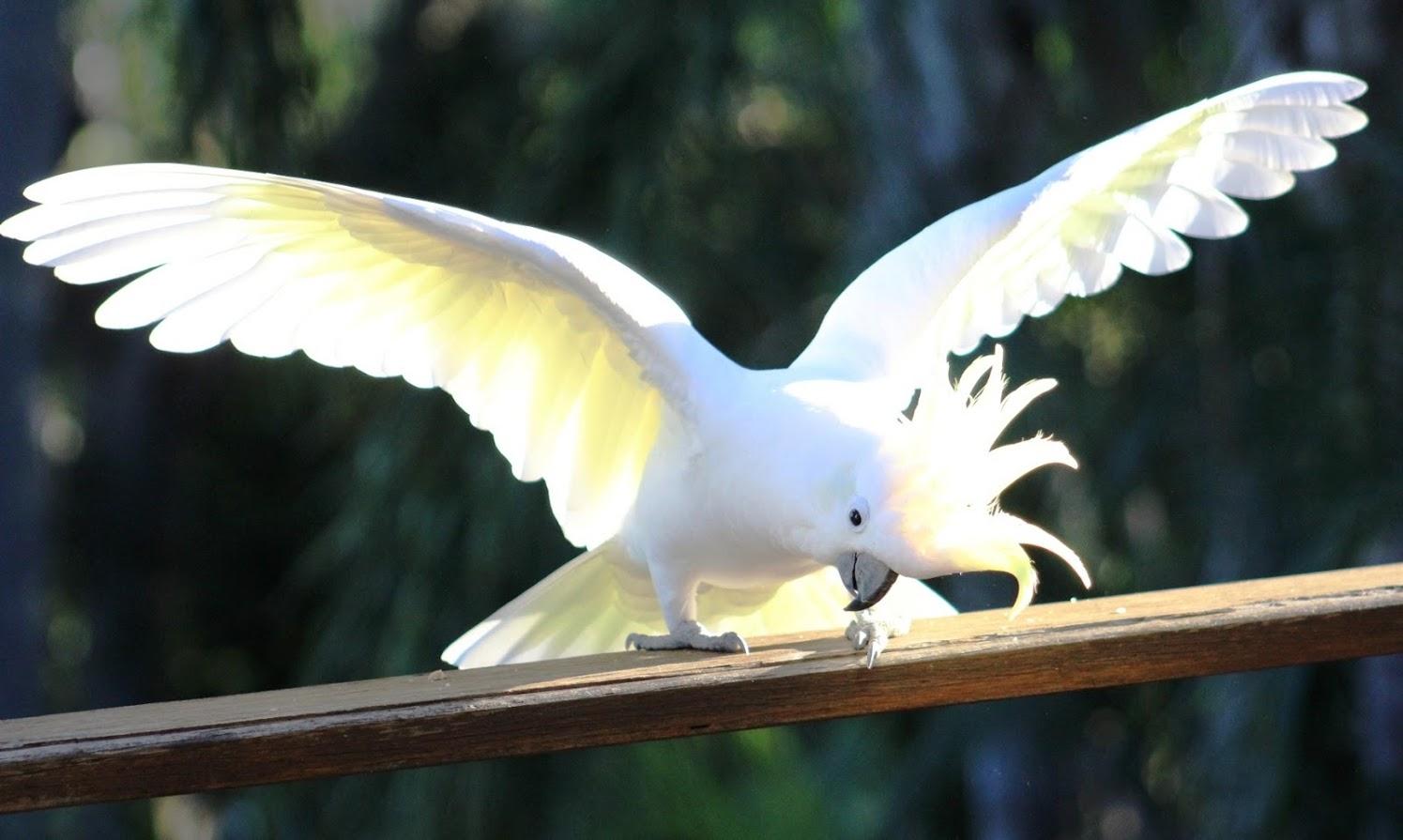 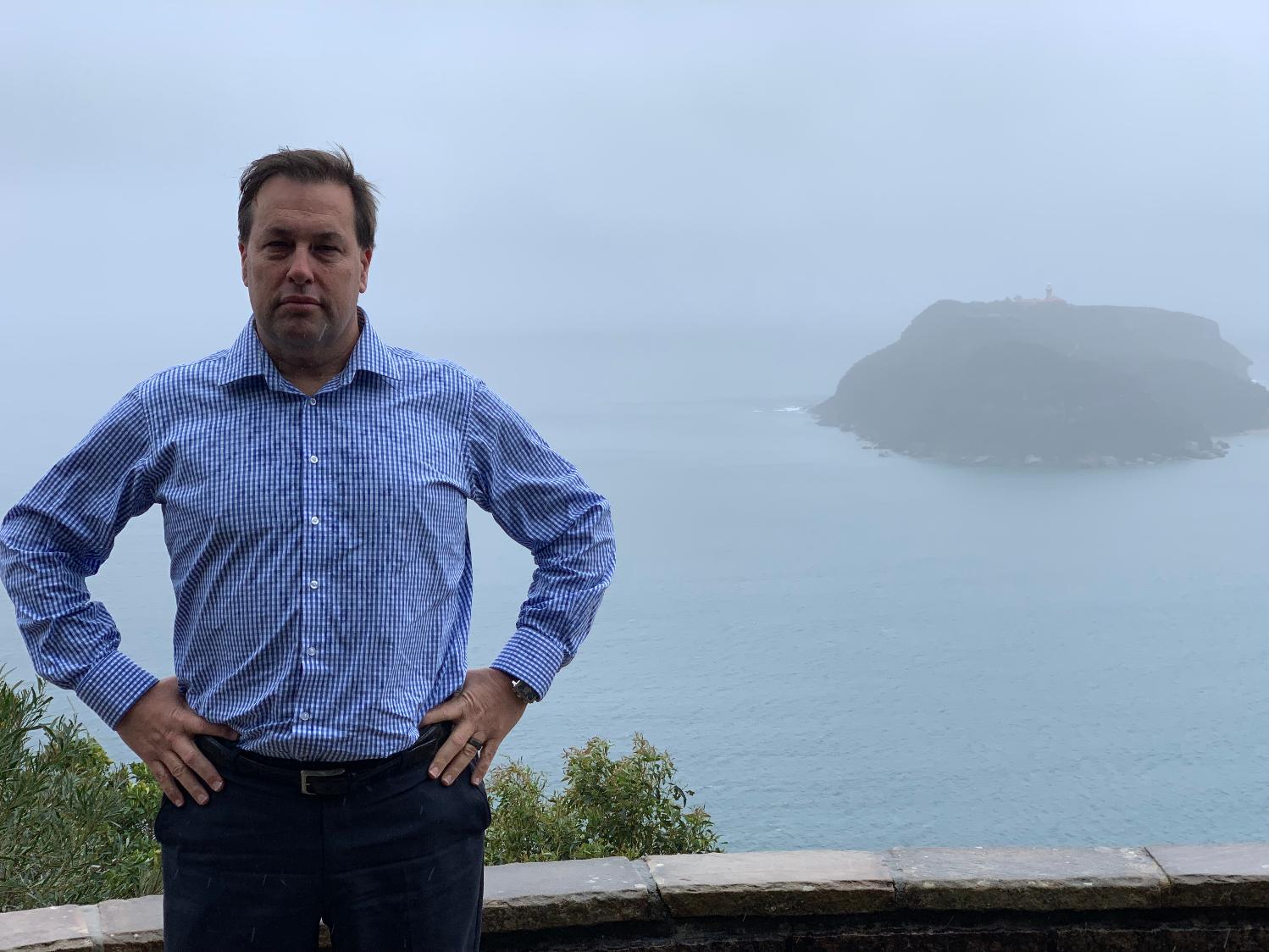 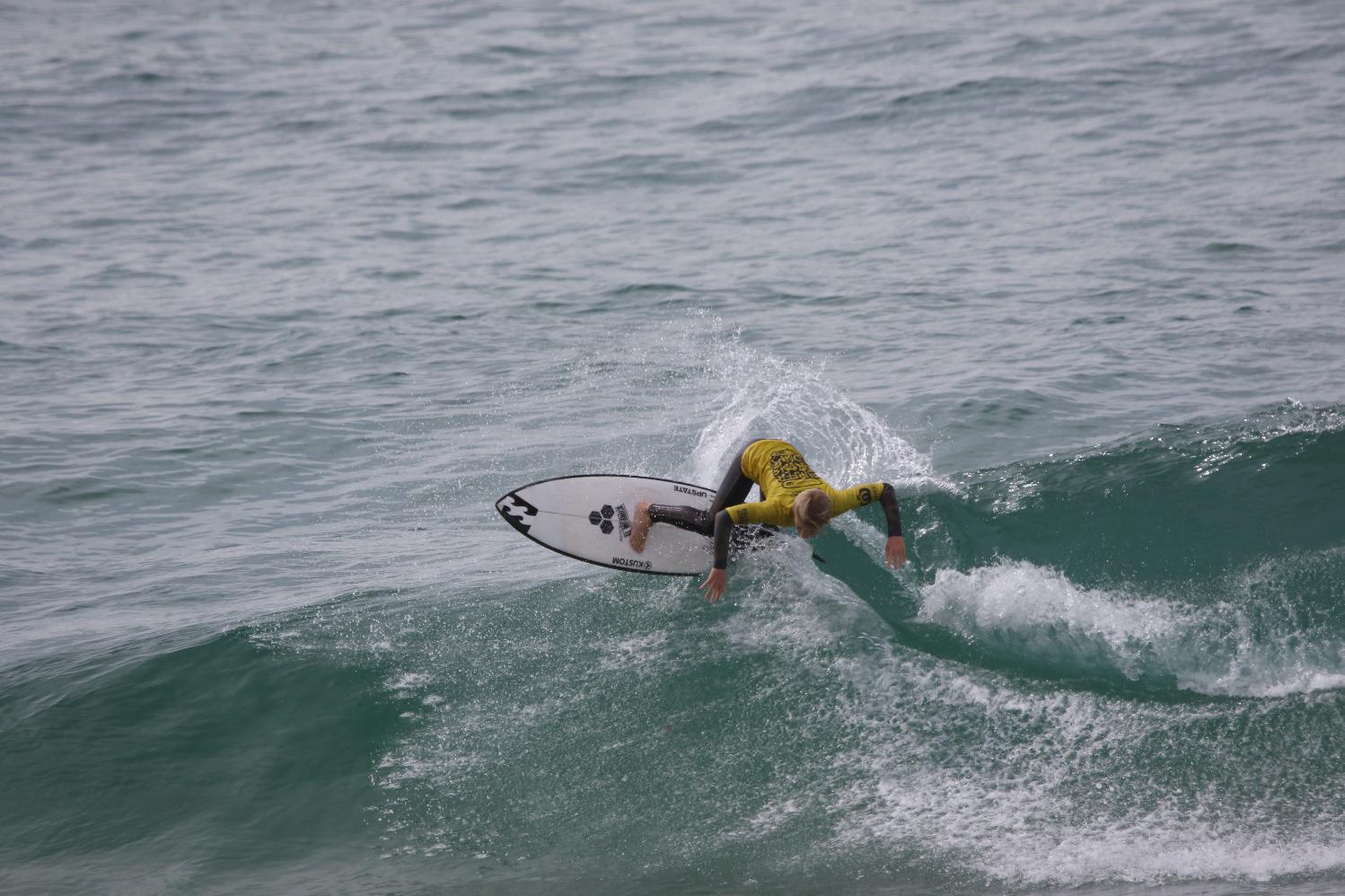 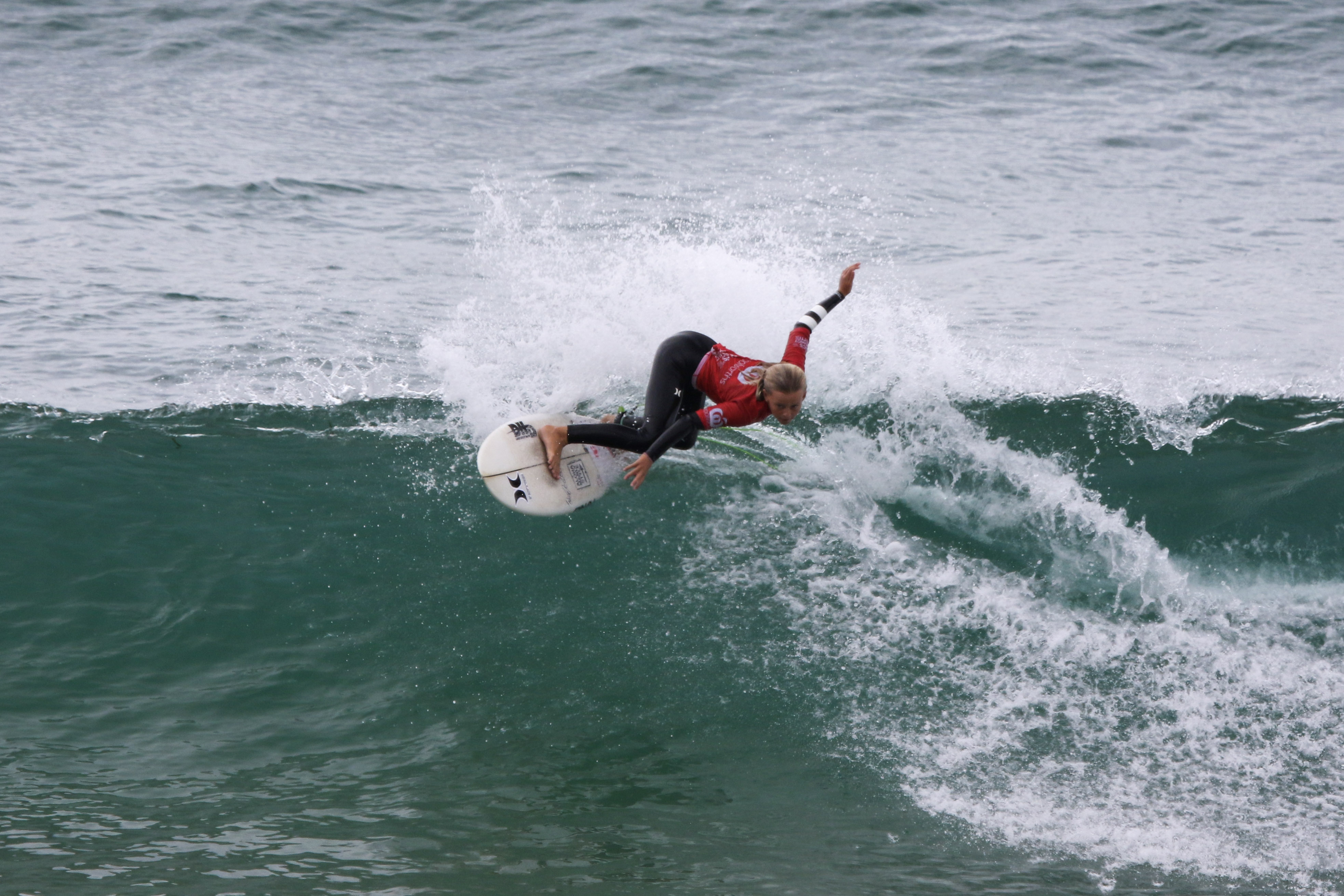 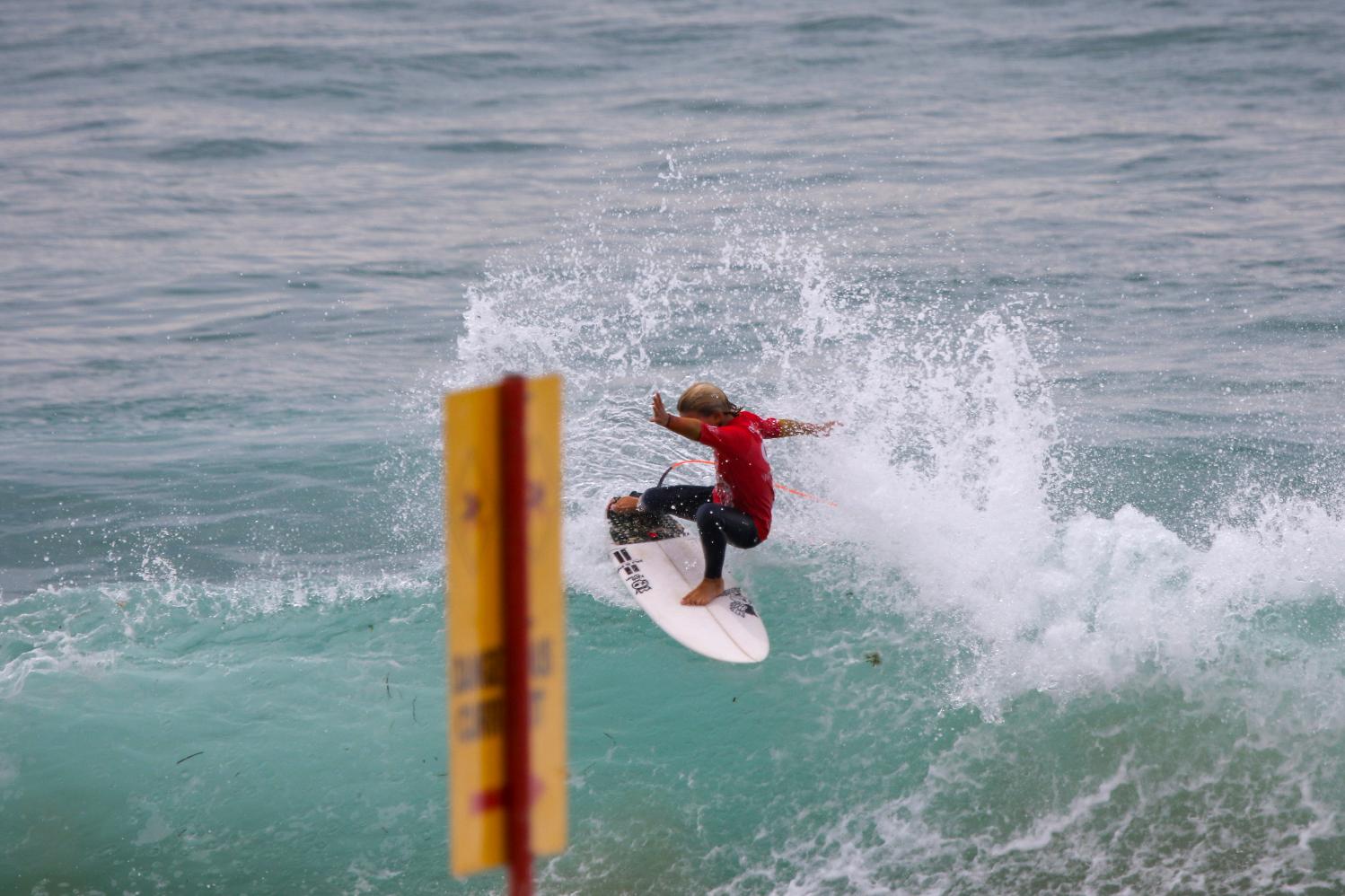 Woolworths Surfer Groms Comp Wraps Up With A Bang At Cronulla

The final day of the final NSW based Woolworths Surfer Groms Comps pres. by Pic's Peanut Butter for 2020 wrapped up at Cronulla today with competitors being greeted by playful two-foot peaks.

In what was his final Woolworths Surfer Groms Comps pres. by Pic's Peanut Butter competition, Fletcher Kelleher (Freshwater) finished with a huge win over local competitor Kash Brown (Cronulla) in the Under-14 Boys. Kelleher saved his best performance for last, nailing a gigantic 18.50 two-wave heat total to take a convincing win in the final. Kelleher’s scoreline consisted of two near-perfect scores in excess of 9.00 that allowed the talented goofy-footer to gain the upper hand and claim the victory. 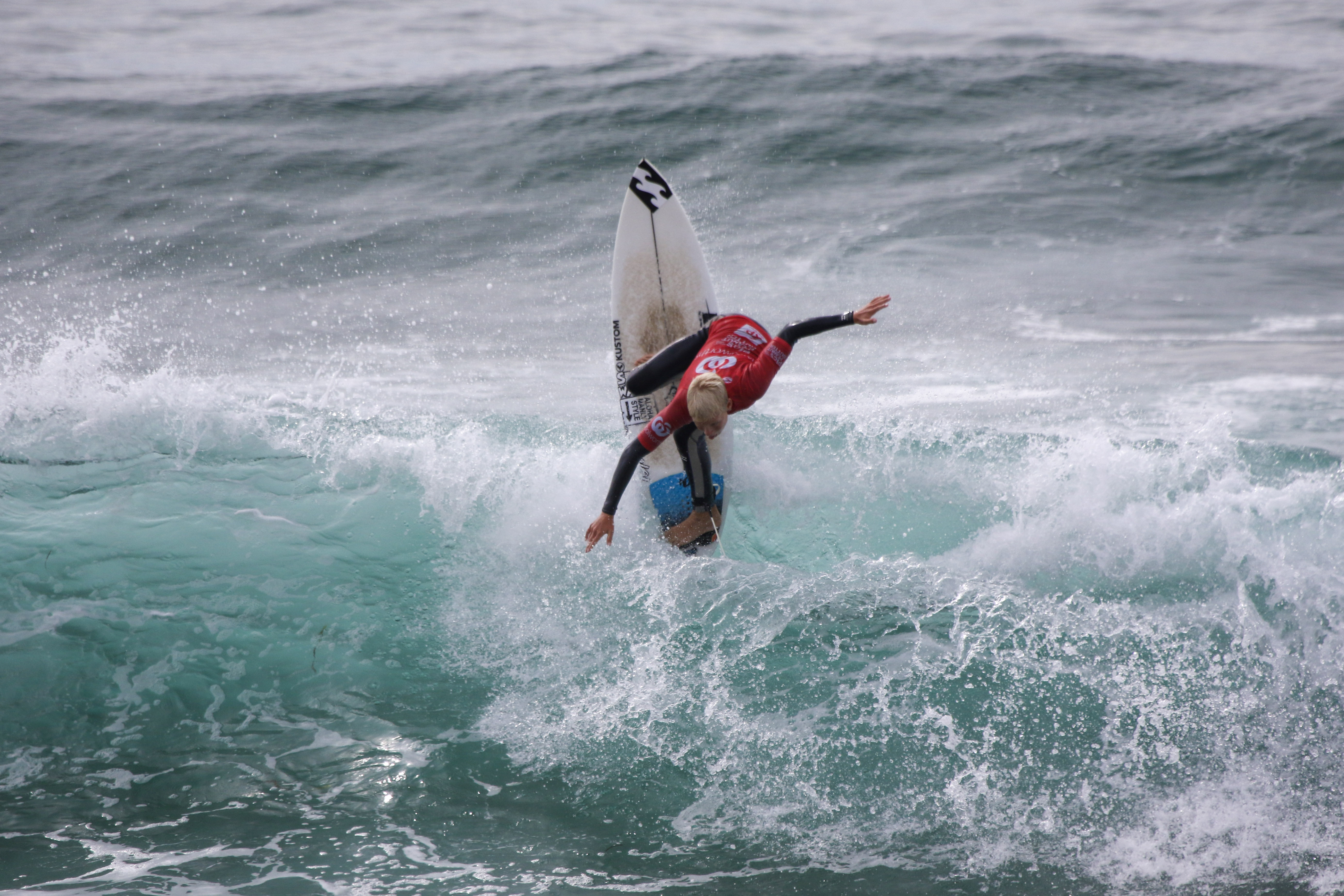 Following a similar trajectory to Kelleher, fellow North Steyne Boardriders Club member Ruby Trew (Curl Curl) claimed an impressive victory in the Under-14 Girls. Trew notched up a solid 16.07 two-wave total to take the win, thanks to a series of impressive snaps and carves.

Rene Galloway (Newport) ensured another title would be heading north of the Sydney Harbour bridge, taking out the Under-12 Boys division. Galloway posted a decent 15.33 two-wave heat total and showed he’d be a name to look out for when the series returned in 2021.

The Under-12 and Under-10 Girls division were taken out by surfers from the Kiama region with Lani Cairncross (Kiama) and Kendall Payne (Gerringong) claiming each respective division with impressive scores across dual finals.

Locana Cullen (Avalon) claimed his second Woolworths Surfer Groms Comp event for 2020, taking out the Under-10 Boys. The northern beaches surfer put on a stellar performance against day one standout Jaggar Phillips (Maroubra) to take a win with a respectable 13.93 total.

The elite event saw male and female surfers competing in four different age divisions, starting at Under-8’s right through to the Under-14’s. 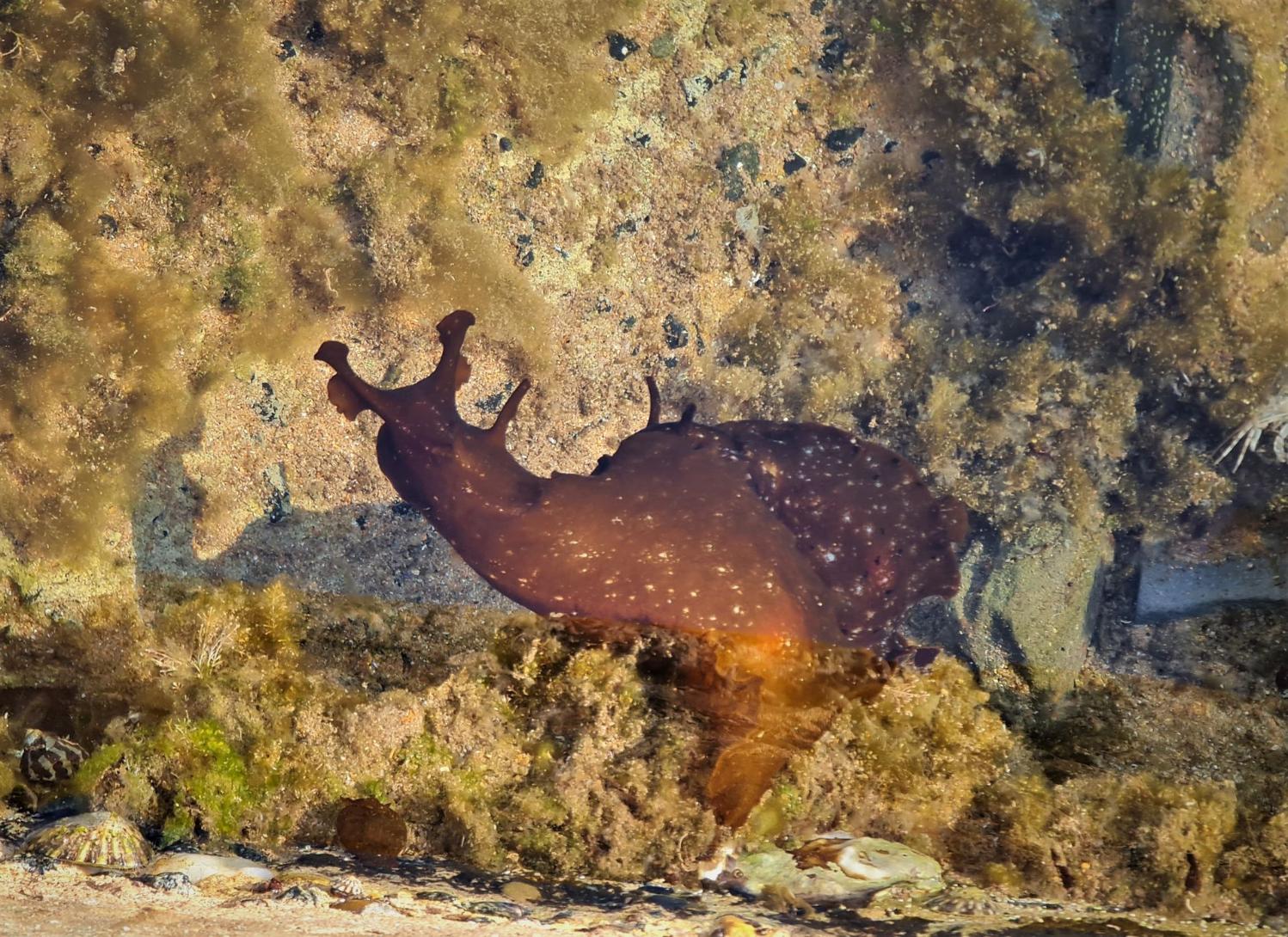