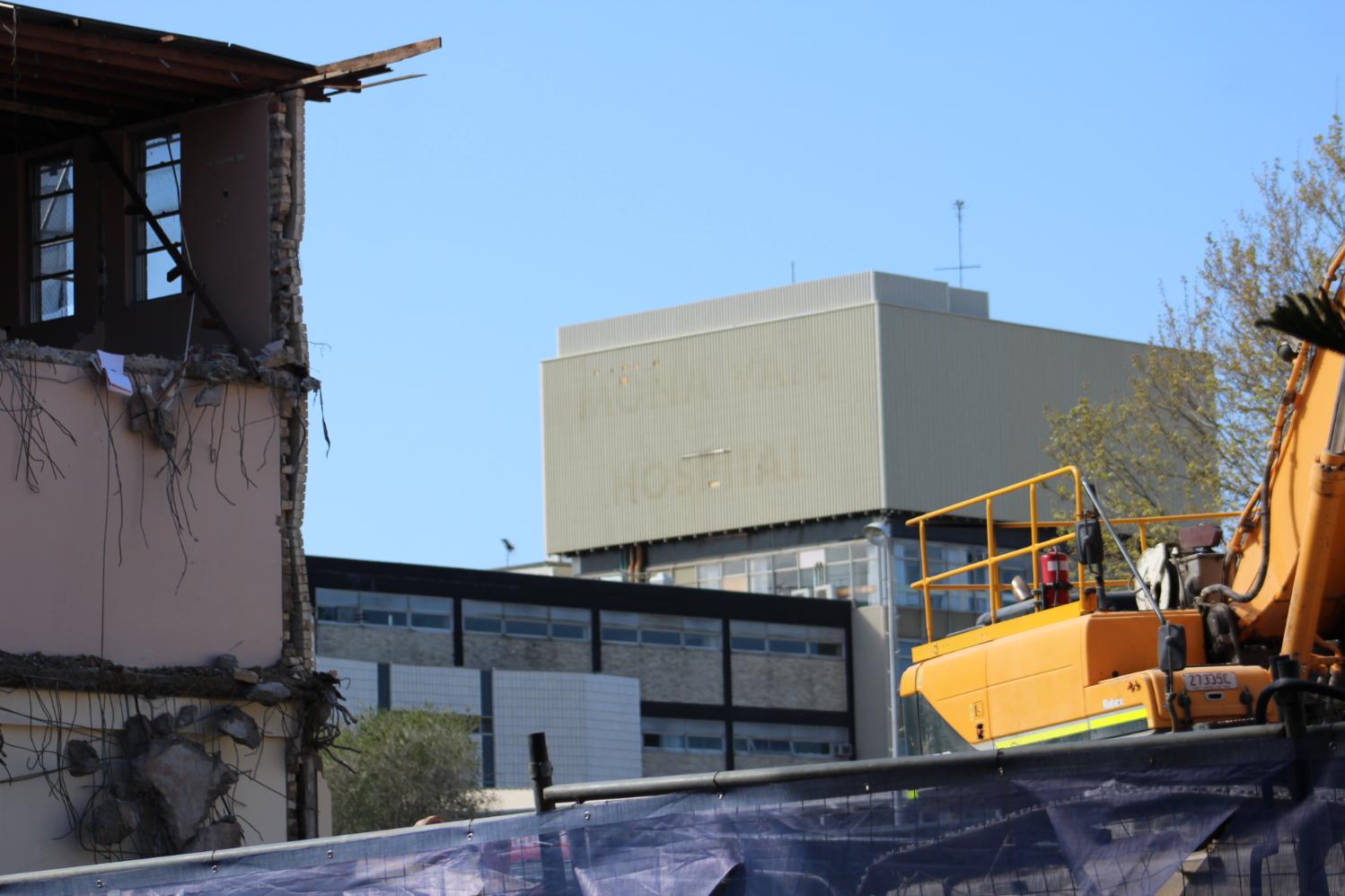 The Age Championships (U9 - U14) Long Weekend 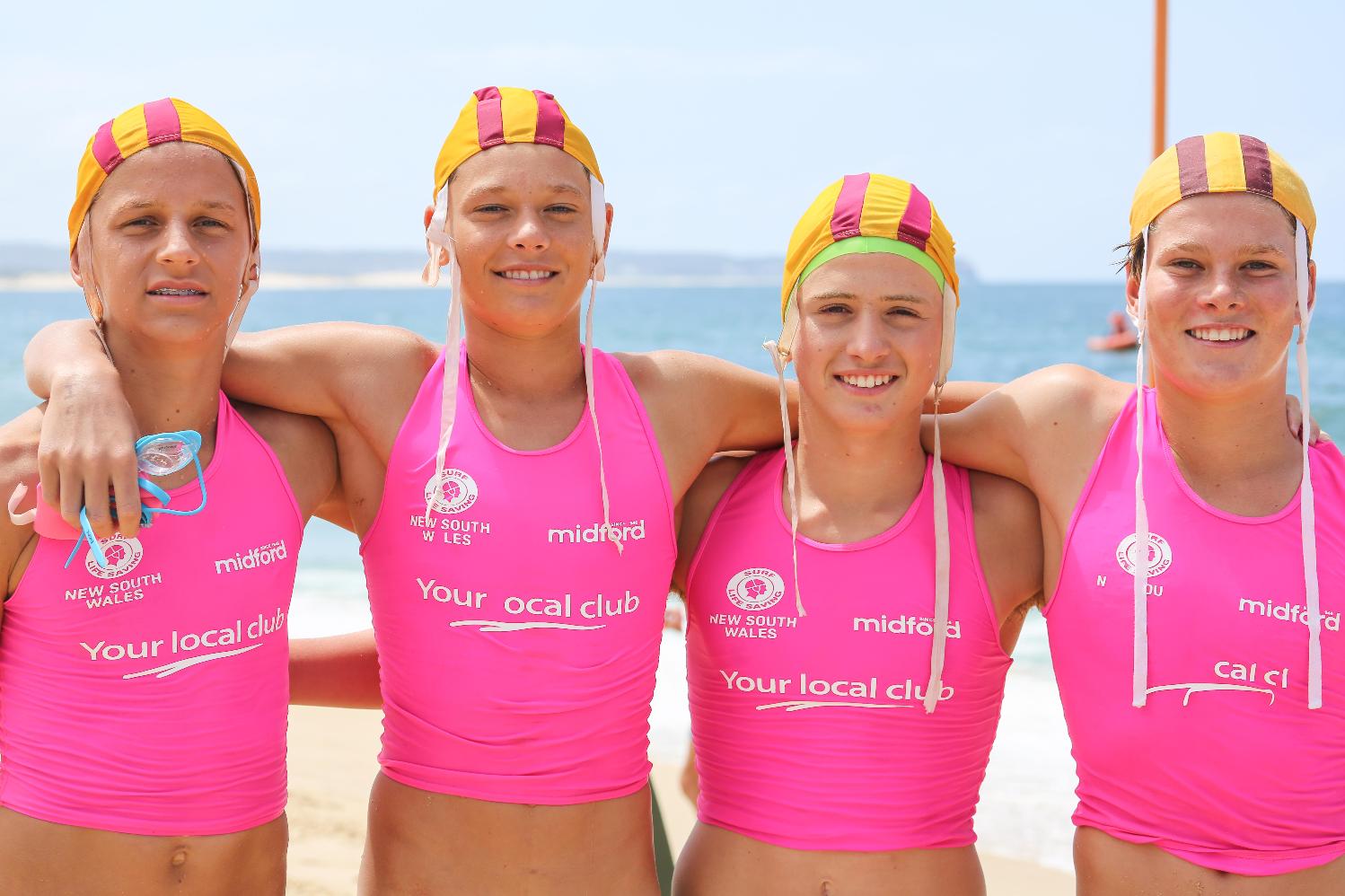 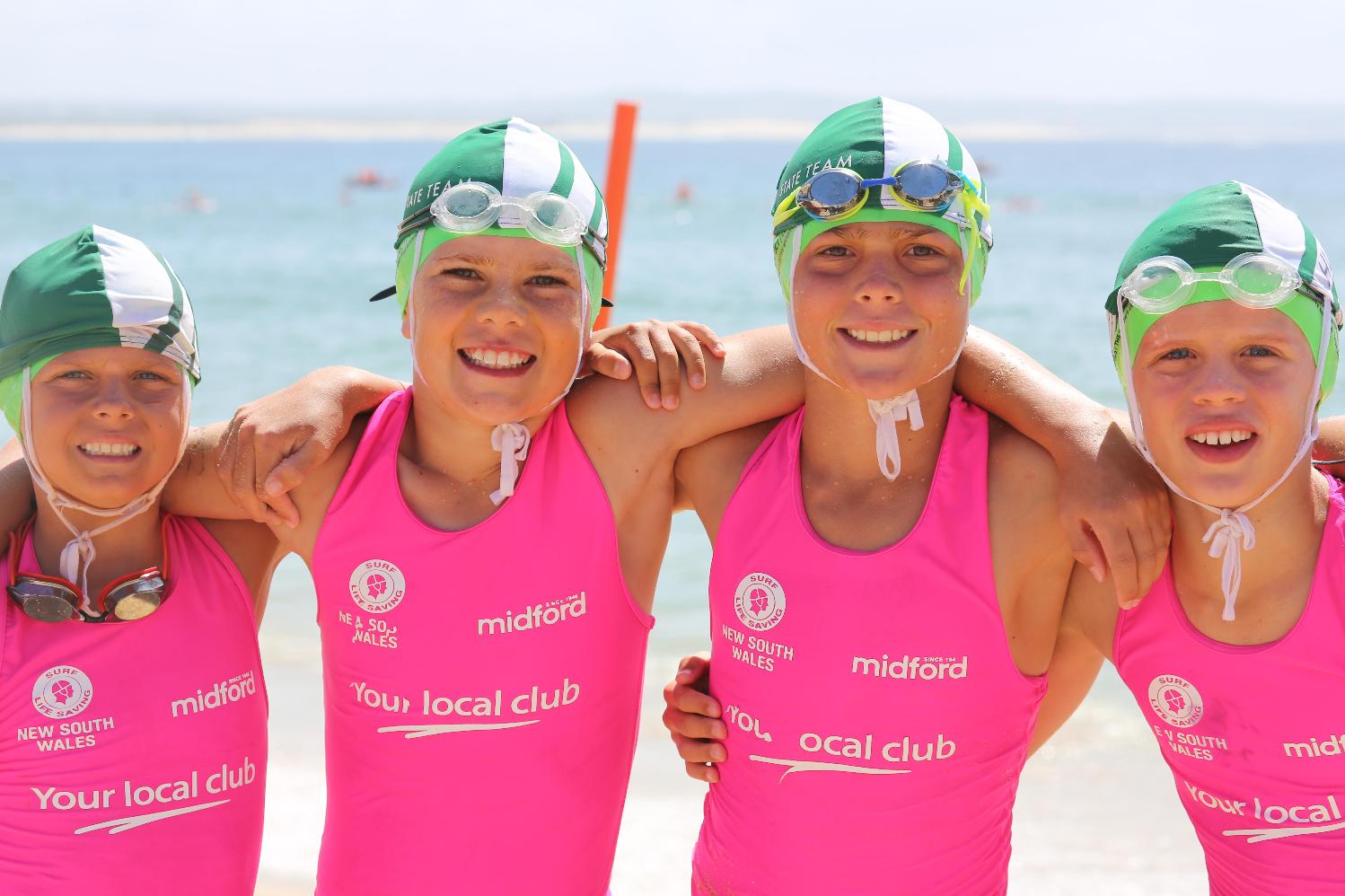 The event is the State’s premier junior surf event and is being hosted again by Swansea Belmont SLSC on Blacksmiths Beach at Lake Macquarie. This year’s combined Age, Masters and Opens State Championship events will draw around 6,000 competitors from all over NSW, along with 600 volunteer officials and up to 15,000 family and spectators. The Age Championships runs from Friday 28 February until Sunday 1 March with the event being live-streamed for the first time on Saturday and Sunday.

The Open First Aid Events are also included this weekend, with Results in so far showing Newport SLSC's Team A of Linda Leck and Lily Tancred has secured gold in the U19 Division  while Manly LSC's Team A of Jasmine Costello and Camilla Wacher won the gold in the U17's. Newport SLSC Team A, Samuel Capell and James Simmonds, added an extra 2 points to Newport's tally by placing 5th in the U17's and Manly LSC added extra points in the U19's with Manly LSC Team B, Jasmine Costello and Camilla Wacher once again, scoring the silver while teammates Lauren Costello and Jessica Shaw placed 6th, adding 6 points overall to Manlys' tally.

The previous weekend Newports' Phoebe Savage won silver in the open event at the State Championships for Lifesaving at Blacksmiths Beach. Phoebe was competing against Nutri-Grain ironwoman and Umina SLSC member Jemma Smith in Champion Lifesaver.

There have been a few golds for Avalon Beach SLSC, Bilgola is on the board with points too, as are Newport and Mona Vale SLSC's - however the BIG news on the beach yesterday was how well North Curl Curl SLSC is doing. 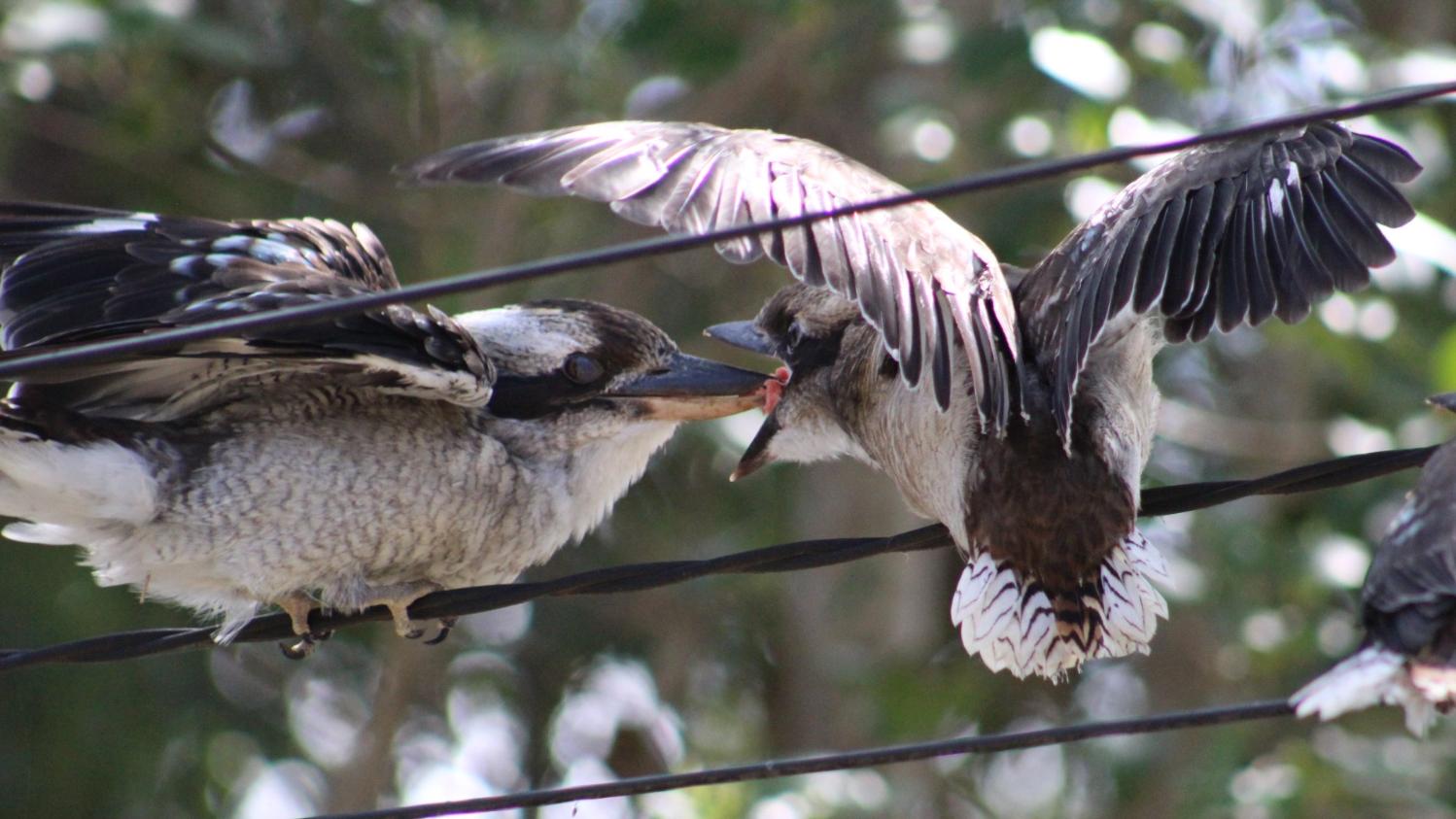 Late Summer and early Autumn are a time when many a local garden is filled with the raucous sounds of fledgling birds calling out for food. This week two new kookaburra fledglings, photographed at Careel Bay, have been making themselves heard. This particular family has been a resident of Pittwater Spotted Gums for at least 20 years and generations of young birds have been seen during those decades. The whole extended family group has been finding bugs and feeding the two youngsters. They are a great reminder of how parents and sometimes siblings will fight for every mouthful to help youngsters grow big and strong.

Although it is not recommended to feed wild birds as they become dependant and lose their ability to forage in the wild, a neighbour had put out a small amount of mincemeat for the family - this is not the best food for meat-eating birds as the mince can get stuck on their beaks and cause infections - experts state dried dog biscuits are better, if you must feed them, better yet plant out your garden with bird-attracting shrubs and trees or look after the dirt so it gets filled with what they like to eat. This particular family of kookaburras will perch on a low branch of one eucalypt when we're gardening, ready to swoop down over the shoulder and grab any insects dislodged during digging. That certainly wakes you up!

Watching them this week, and their precarious balancing on wires, or being quite at home on a slim tree branch, has been a delight for residents and visitors alike.

The fledling kookaburras are among a host of birds spotted being fed - everything from new Magpies to Rainbow Lorikeets is making its way out of the cosy nests provided, some of which have been captured this week for your pictorial enjoyment. 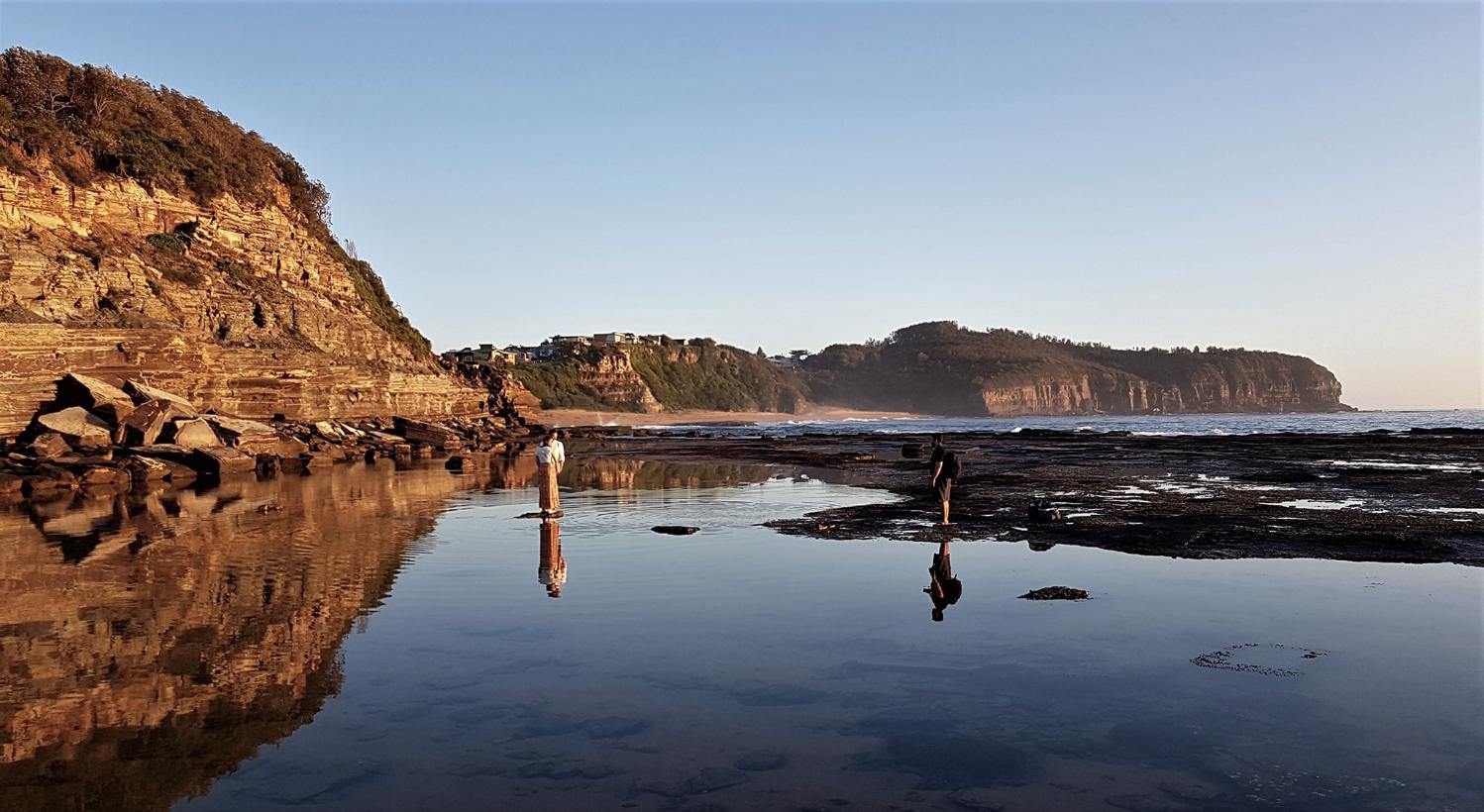