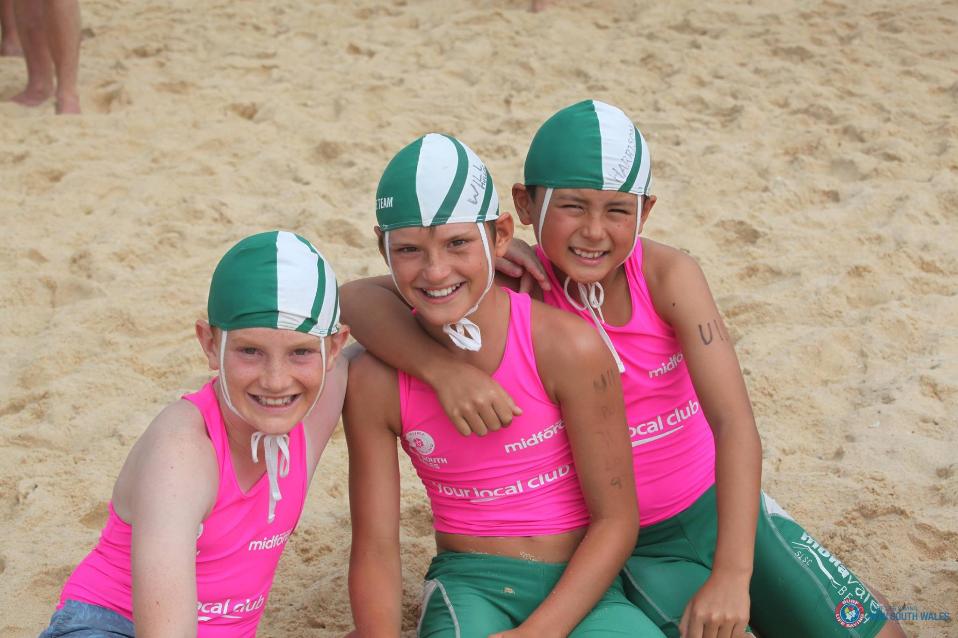 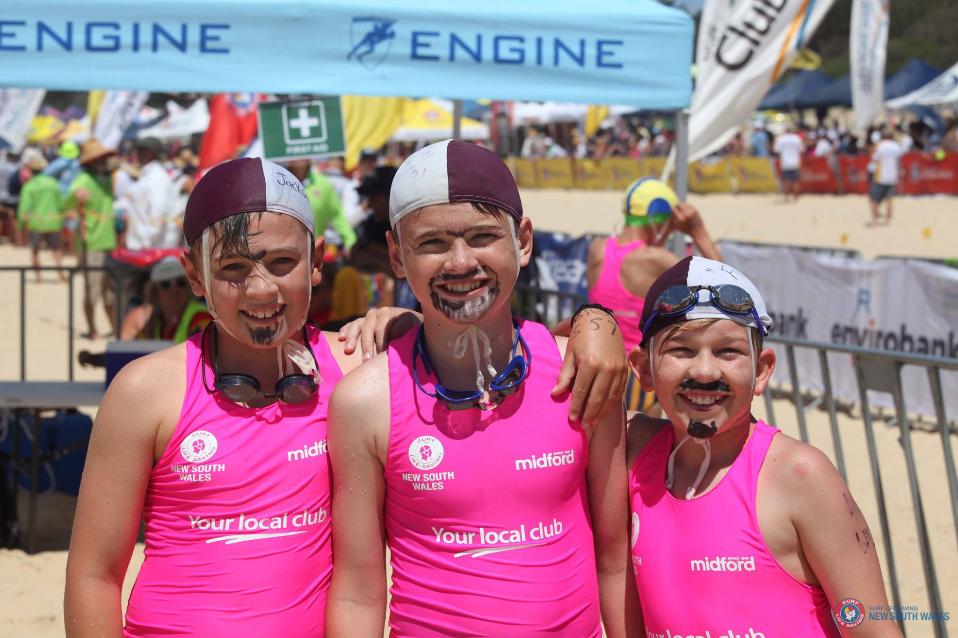 Near perfect conditions greeted the more than 2500 Nippers competing at the 2019 NSW Surf Life Saving Championships, proudly supported by Your local club.

Day One of the event, hosted by Swansea Belmont SLSC, saw a packed beach and a mix of successes in the water and on the beach. With only a handful of events going through to finals, it was the host club on top of the pointscore, followed by southern Sydney clubs Wanda, Cronulla and South Maroubra. 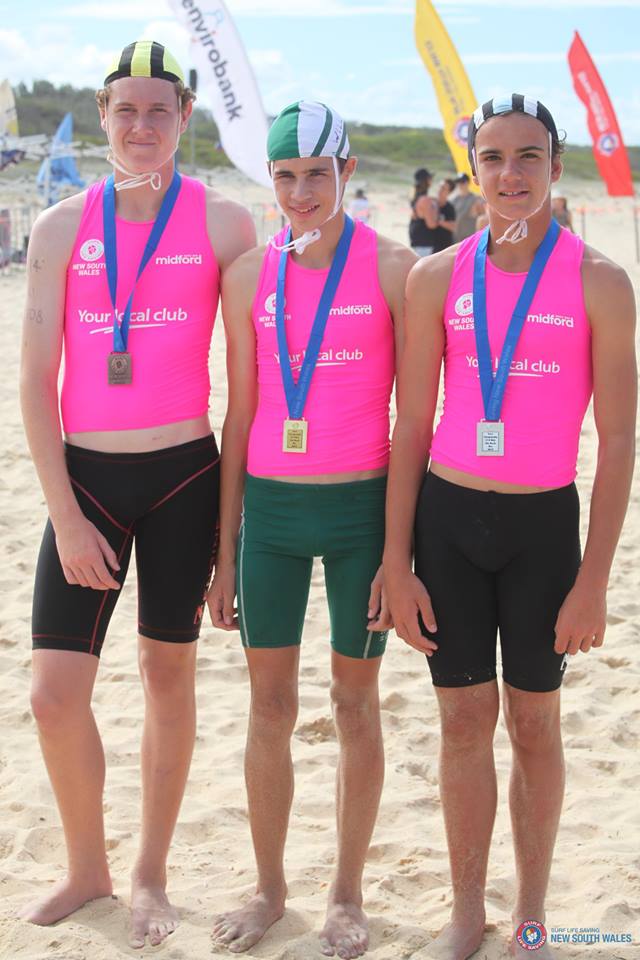 Day 2 of the 2019 NSW Surf Life Saving Age Championships proudly supported by Your local club. The Morris boys from Newport Surf Life Saving Club took out the State Title in U14 Board Relay and Board Rescue this morning. 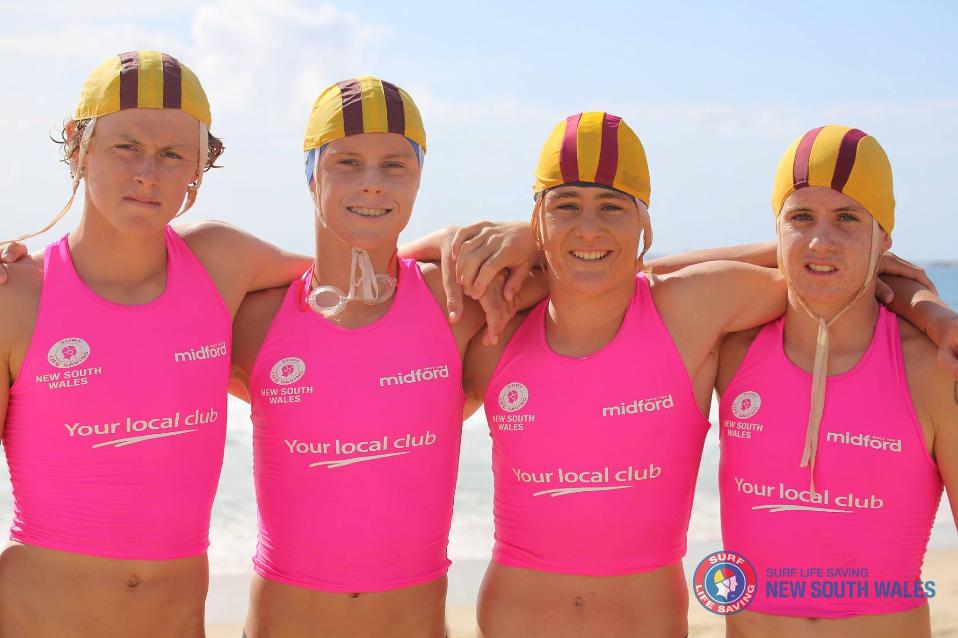 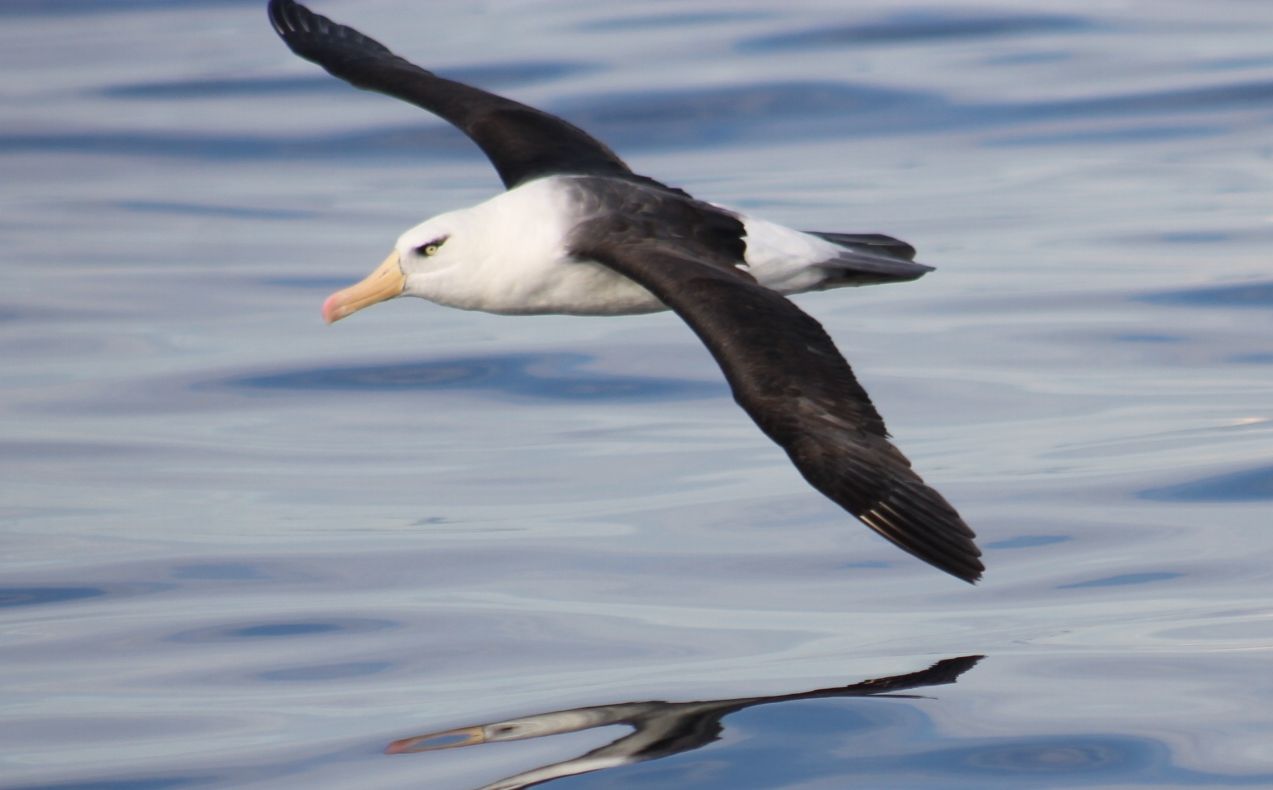 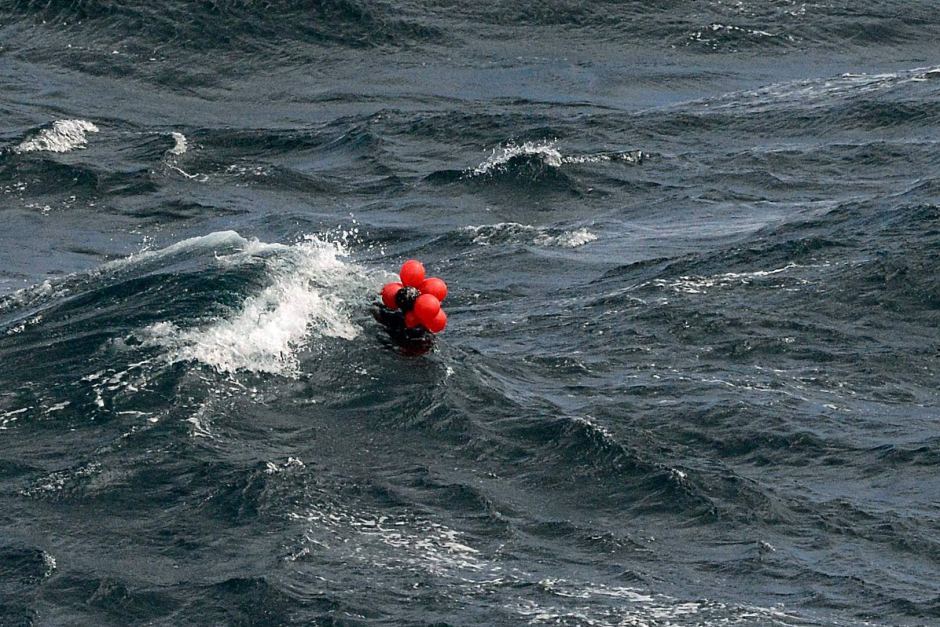 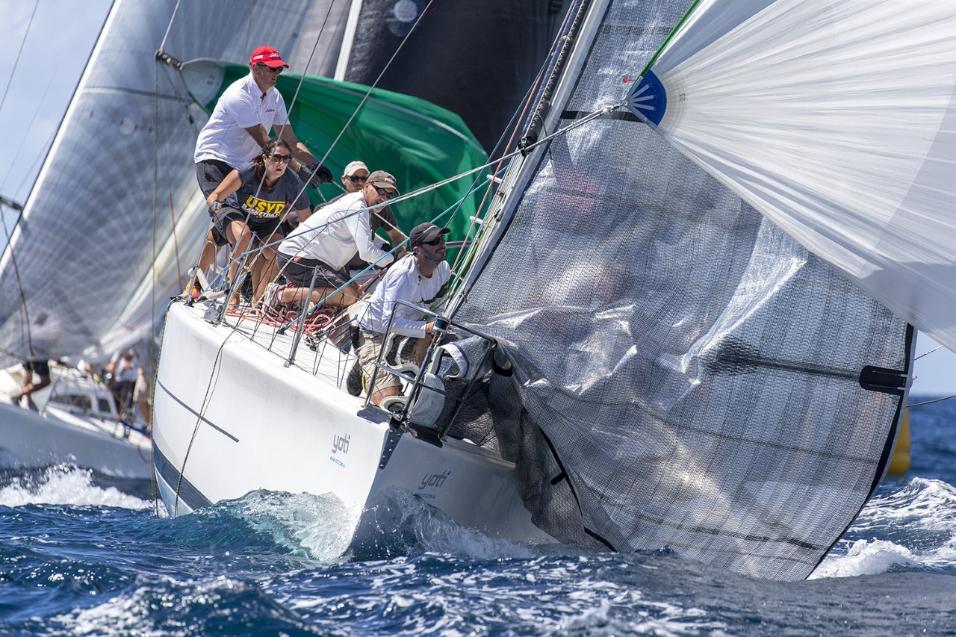 Peter Byford and David Hudson have come out the cream of the crop on Day 1 of the Yoti Sydney 38 Championship at the Sydney Harbour Regatta, hosted by Middle Harbour Yacht Club (MHYC), sailing Conspiracy to two wins from three races for an early lead this afternoon.

The reigning NSW champions and third placegetters at the 2018 Australian Championship, Byford and Hudson are making no bones about their desire to ramp it up a notch this year, despite a larger field than last time around.

However, the Pittwater pair by no means had it all their own way, they lead by one point from Alan and Tom Quick, recently crowned Farr 40 NSW champions. The CYCA father and son may have switched one-design classes, but they arrived fully cocked and loaded with The Goat, scoring a pair of third places and a win for second place overall.

The day of racing, Hudson said, “Wasn’t too bad. We had from 8-12 knots. It was good constant racing on a reasonably flat sea. It was close and competitive. We’ll have to stay on our toes, as we’ve got The Goat on our tails. We haven’t raced against them before; they did a good job today.”

Hudson said they were pleased with their starts and crew performance: “It all went well. No stuff ups, no accidents, good competitive racing. And I have to say that the new people in the class acquitted themselves well.” 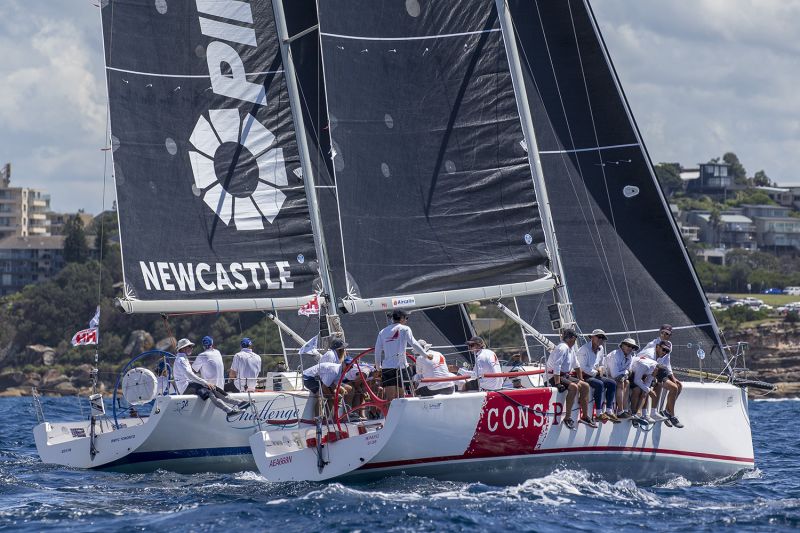 Tom Quick agreed: “It’s a great fleet of amateur and professional sailors, like the Farr 40 class.”

With guru David Chapman calling the shots “and he’s doing main as well,” Quick said, The Goat crew went in with heads down and tails up, as some got their heads out of the Farr 40 and into the Sydney 38 – very different boats.

”It’s been five years since we sailed a Sydney 38 - so it was a bit different coming back – but it was good. We’re enjoying the boat. It was a nice range of wind – perfect really. We had only one problem; getting a jib up in Race 3 when we were leading. But we got around mark and got it up and still won - no other dramas.

“We chartered The Goat. We have a mix of crew; one from The Goat and some youth sailors from France, the CYCA and one from Lightspeed (the MC38), Zak Quinlan. He’ll go back to them for the rest of the regatta, so today was good practice for him.”

Quick added, “Seems Conspiracy is the boat to beat, but consistency is the key and will be the decider, as it always is in one-design racing. We still have six races to go.” 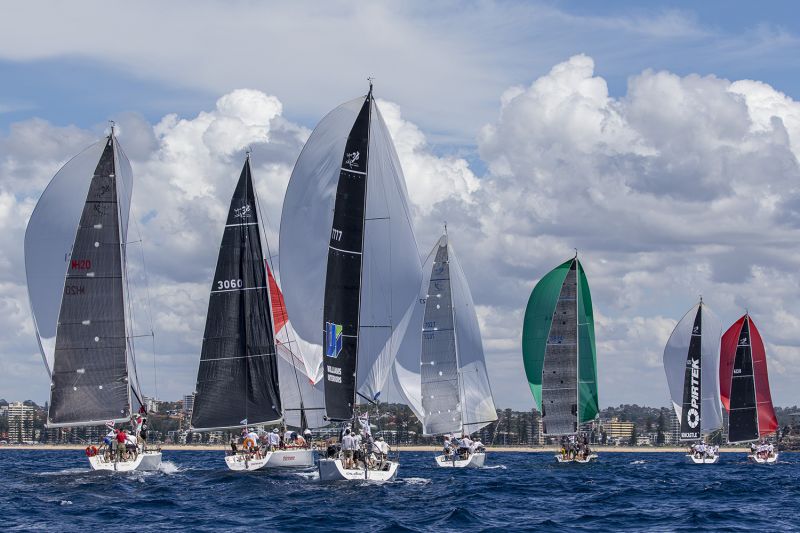 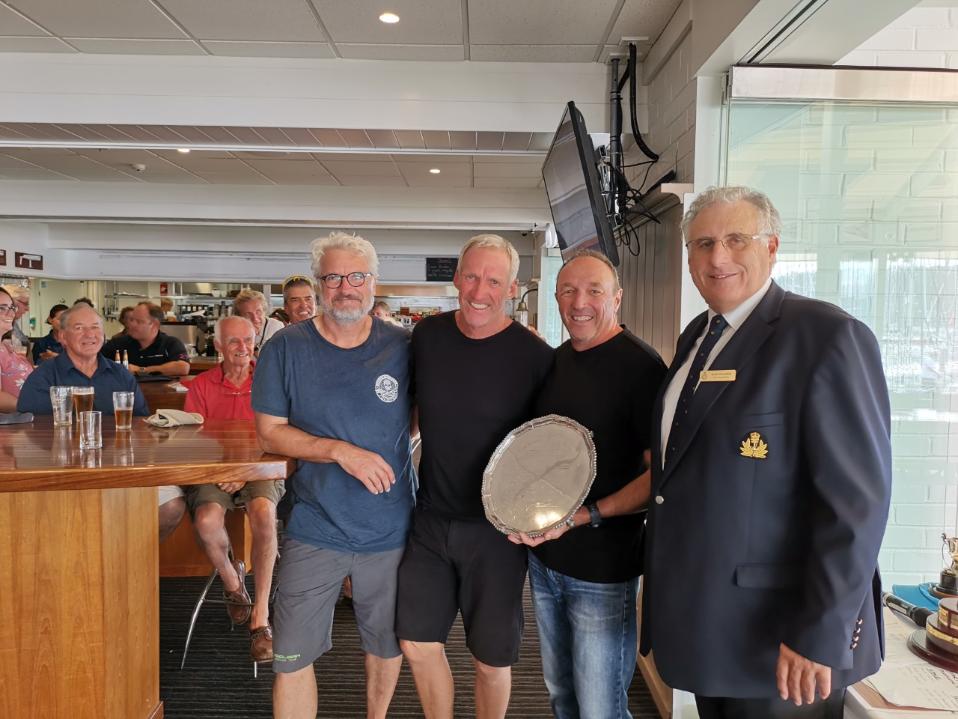 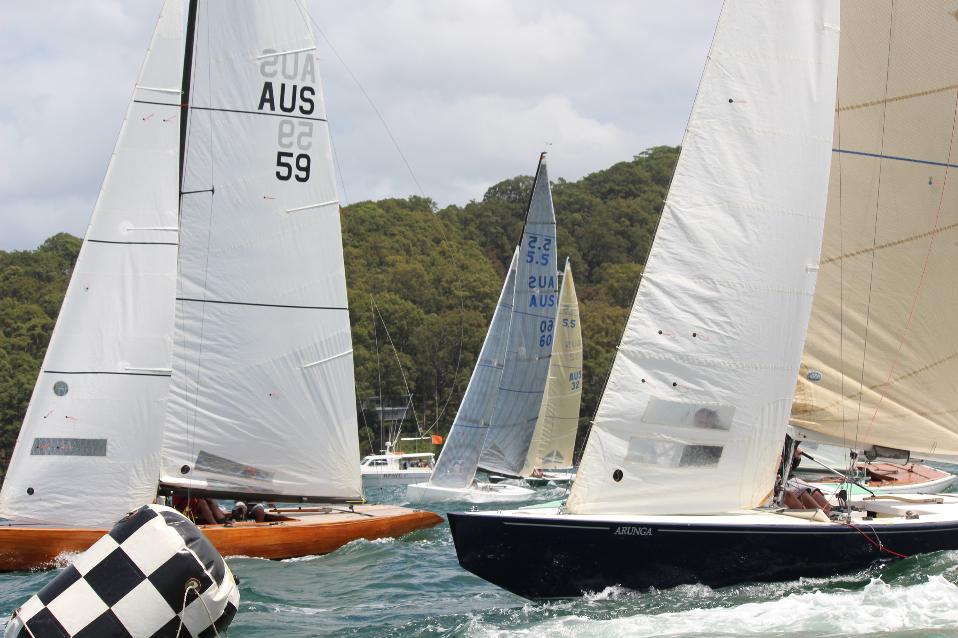 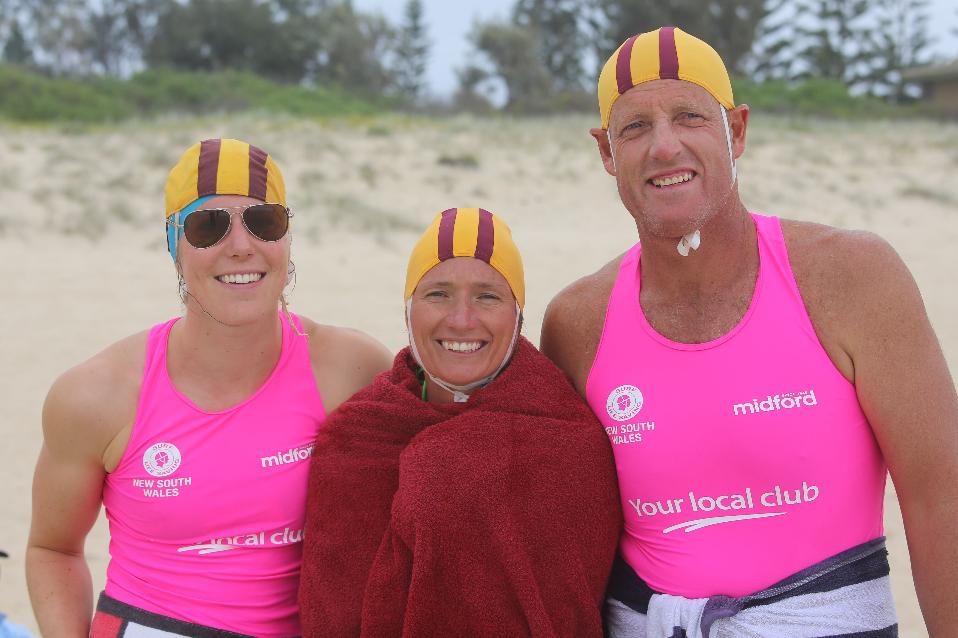 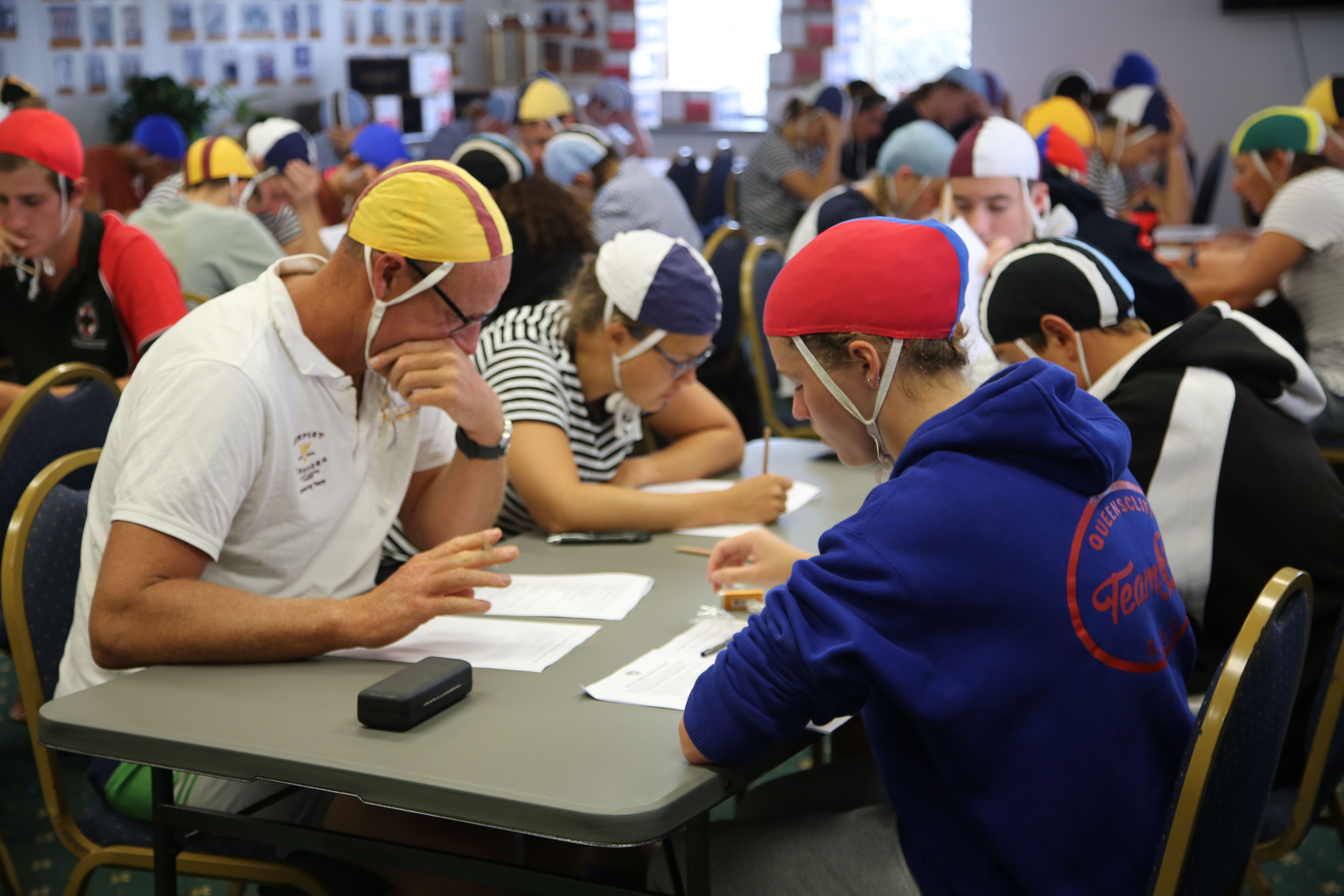 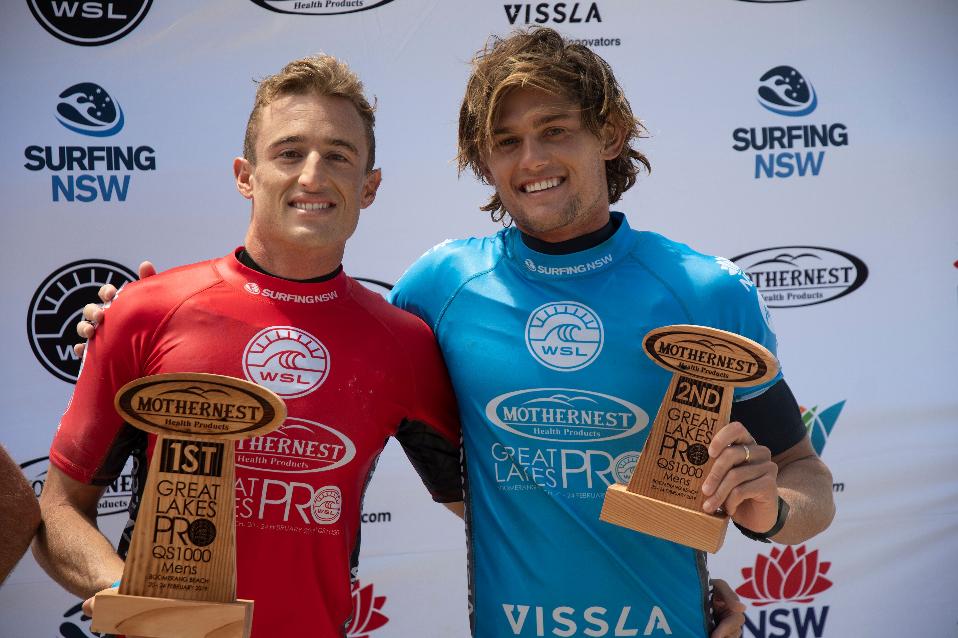 MATT BANTING RETURNS TO THE PODIUM, TAKING OUT THE 2019 MOTHERNEST GREAT LAKES PRO.

Banting put on a solid clinic of surfing over the duration of the event, however the natural-footer hit his stride in the final posting two excellent scores, a 9.00 and an 8.00 to amass a giant 17.00 two-wave heat total. The win at Tuncurry puts Banting’s qualification campaign into full-swing as he comes into the Vissla Central Coast Pro, Burton Automotive Pro and the Vissla Sydney Surf Pro at Manly.

“Cooper and I have had a rivalry since we were in the Under-12s and Under-14s, so we’re always super eager and keen to beat each other,” said Banting. “After a four-or-five year hiatus from winning, I came into January 1st 2019 and said to myself that it’s game on. It feels like a few of the sacrifices of turning down parties and the opportunity to go out is beginning to pay off. To also get pumping surf for the duration of the event makes it so much sweeter.  I feel like I can go into the QS3000 and the QS6000 events now knowing that I can do better.”

Despite runner-up Cooper Chapman’s start in the 2019 Mothernest Great Lakes Pro being in doubt only two days ago due to illness, the northern beaches native rose above the aches and pains to seal a spot into the final alongside Banting. Chapman’s goal of claiming his maiden QS victory was ultimately derailed, but nevertheless, the natural-footer is leaving the Great Lakes with his head held high.

“This was a great event and the surf was pumping the whole time, so it was nice to get a few wins and get the ball rolling on 2019,” said Chapman. “It was nice to share a final with Matty as it’s been a while since we had one together, so hopefully we can begin to steamroll into the rest of the year. I think we both showed our maturity in this event being one and two seed and hopefully, we can both build on it.” 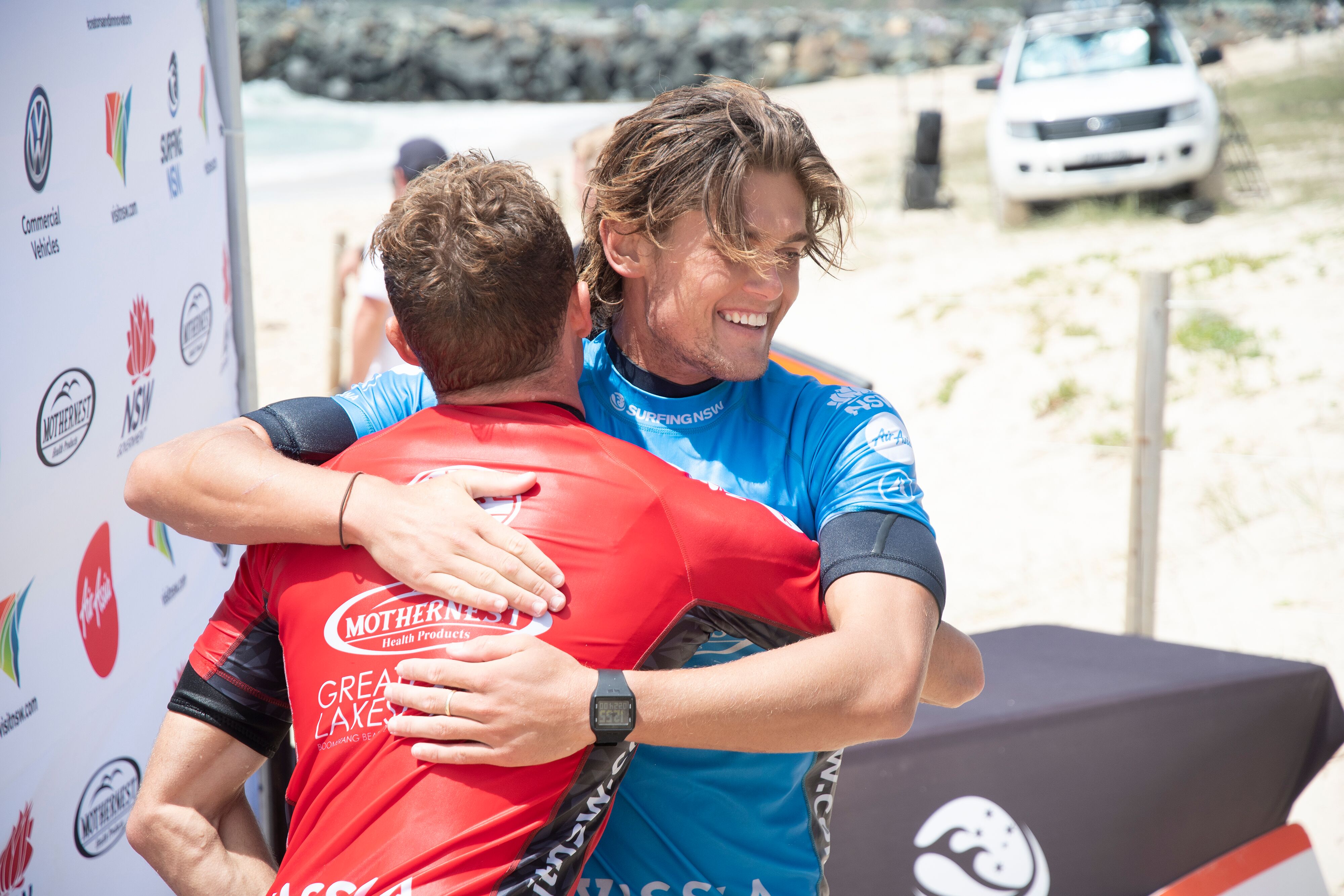 The AirAsia Wave Of The Day was awarded to Chapman for his dominant performance throughout the event. 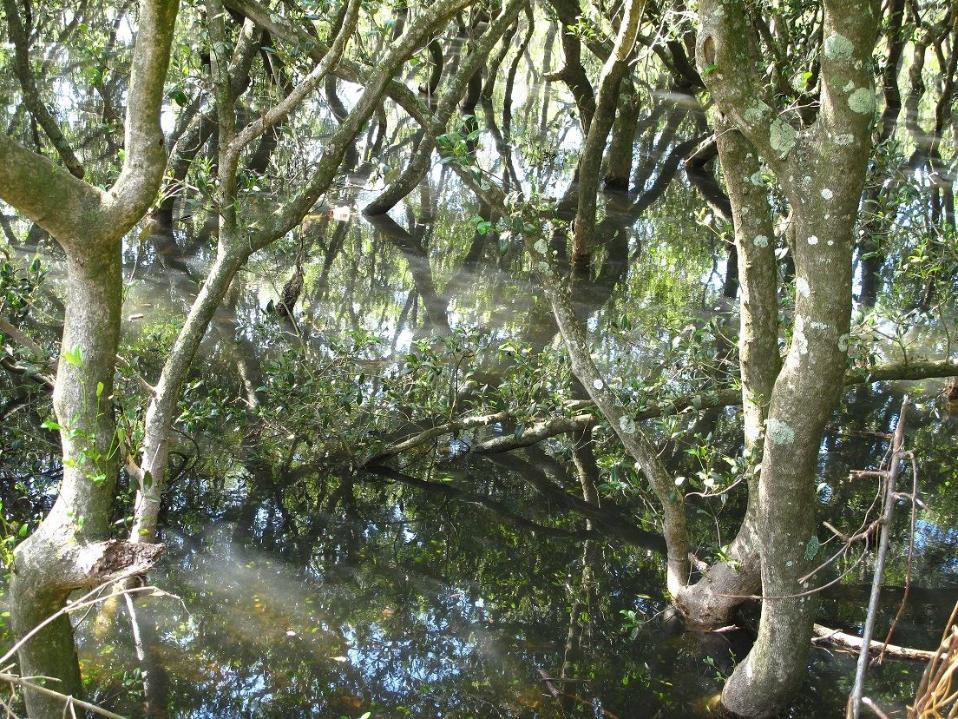 Careel Bay mangrove forest at high tide, rich habitat for fish, crabs and many other invertebrates, and the tiny Mangrove Warbler bird. Grey Mangroves, Avicennia marina, breathe through special roots at low tide, tolerate salt and secrete it on their leaves. Photo by and courtesy PNHA