Food for life: Farming’s past and future on the Northern Beaches 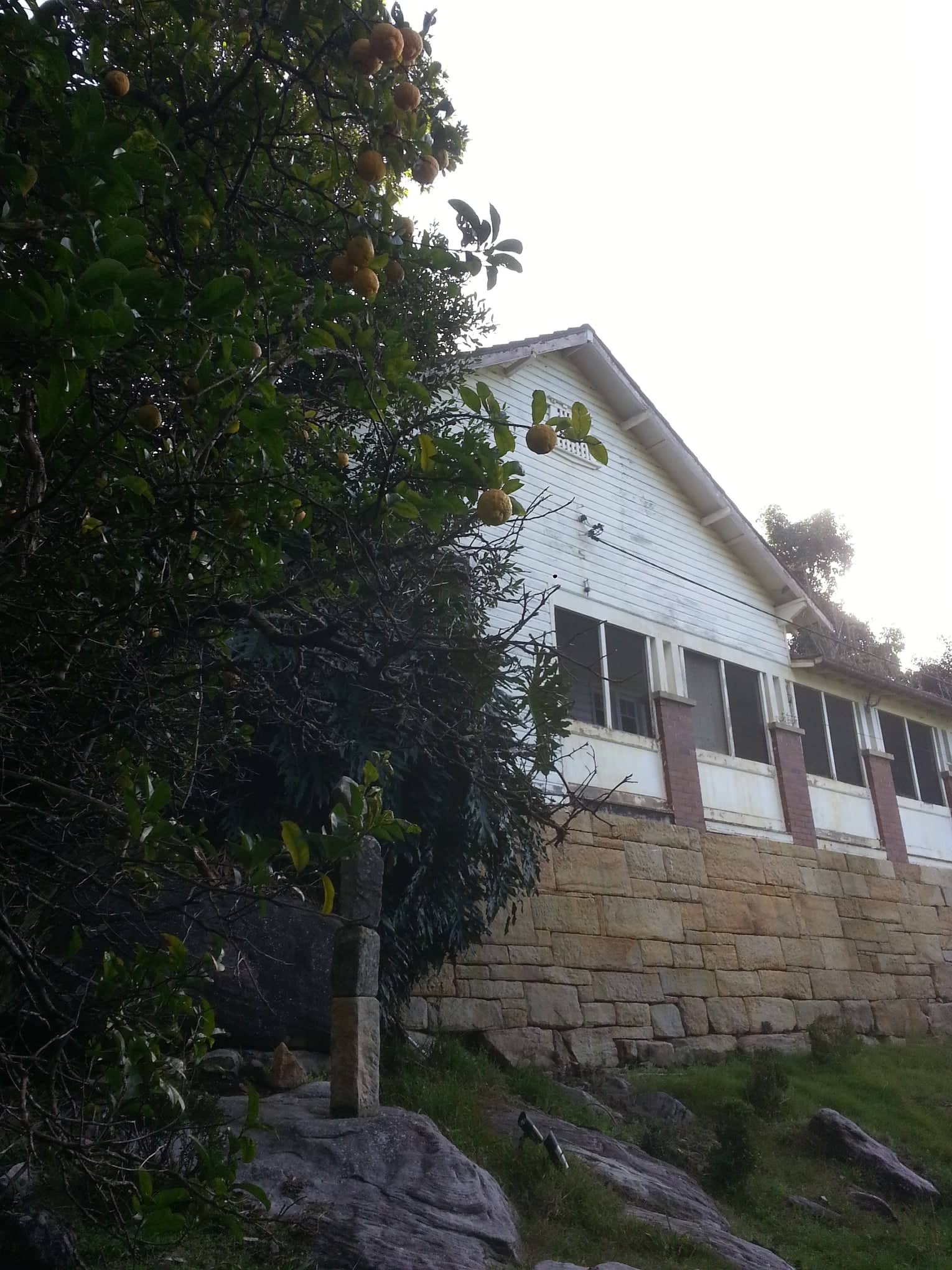 Oaklands, front façade and showing sandstone base, as it was prior to 2017 and yard - Kristin Zindel photo

There’s very little food production on the Northern Beaches of Sydney and most of our food travels long distances to reach our dinner plates.

The latest season of Radio Northern Beaches’ show The Coast begins with a two-part program that explores food sustainability and community and backyard farming.

In episode one, host Wendy Frew goes back to the days when Warriewood was the major tomato growing area supplying Sydney and the suburb was known as the “Crystal Valley” because of its many glass houses.

Former tomato farmer Mat Slavic describes how his family started farming there in the 1930s.

“It was an easy, free life and there was good money in those days from tomatoes,” Mat says in a 1984 interview replayed in this episode, courtesy of the Northern Beaches Library.

But it was hard work at certain times of the farming calendar. “Spraying, picking, watering … I used to work all hours of the day and night,” says Mat.

Today, the glasshouses are all gone and the area’s farming history can only be glimpsed in Warriewood’s street names – Orchard St, Garden St, Vineyard St – and in the Oaklands homestead tucked into bush at Warriewood.

Kristin Zindel, who lived in the Oaklands property until 2017, is leading the charge to save the 1920s farmhouse from demolition.

The house, which sits on five hectares, was bought in 2015 by developers who want to build multiple residential dwellings on the land.

“I think the house should be retained because it’s a good piece of Northern Beaches history,” Kristin told The Coast. “Its unique, you don’t see houses like this on the Northern Beaches now.”

Northern Beaches Council’s Heritage department recently concluded the building should not be demolished because, it “is considered to be a good example of an original farmhouse in Warriewood, a style of dwelling that is now rare in the area”.

Council has asked the developer to make the property weather tight and secure.

Commercial-scale farming is unlikely to return to the Northern Beaches but food researcher at Macquarie University, Liz Morgan, told The Coast that the COVID-19 pandemic had revealed Australia’s otherwise hidden food insecurity – even on the Northern Beaches.

Australia is technically “food secure” because the country produces more than enough food to feed the population and it is a net exporter of food.

“But this balance is changing really fast,” says Liz. “We are importing more fresh food and more processed food, and our food manufacturing businesses are going under. And we have drought fire and flood affecting our food production capability.”

But she says new food networks and organisations aimed at ensuring our food chains aren’t disrupted and that people in need are supported, have emerged from our response to the pandemic.

Liz says there is value in small-scale farming, including community gardening and backyard veggie patches.

“For a whole host of reasons, [small-scale farming] is more resilient and more sustainable. One of the problems with broad-scale farming is the lack of diversity, and the wide-spread use of fertilisers and pesticides, which has become harder to source during the pandemic,” she says.

“If food is grown more locally it gets to you quicker; food looses an awful lot of its nutrition as it goes through the supply chain.”

The first half of this two-part program about food was broadcast on Radio Northern Beaches on Friday, 23 April and can be listened to at any time here: https://www.mixcloud.com/TheCoastRNB/

The Coast is a weekly show about the environment and sustainability broadcast on Radio Northern Beaches (88.7 / 90.3 FM) on Fridays at 11am, and hosted by journalist Wendy Frew.

You can find more details about the show at https://www.facebook.com/thecoastrnb.

Wendy is always looking for new issues about the environment and sustainability on the Northern Beaches. You can contact her at thecoastrnb@gmail.com.

Vista of Glasshouses
A general view of the acres of glasshouses at Mona Vale and Warriewood, just north of Sydney. The glasshouses are used for the production of early tomatoes. With a north-easterly aspect the glasshouses are concentrated in a small area near the ocean which can be seen in the back ground. (See Story, Page 37.) 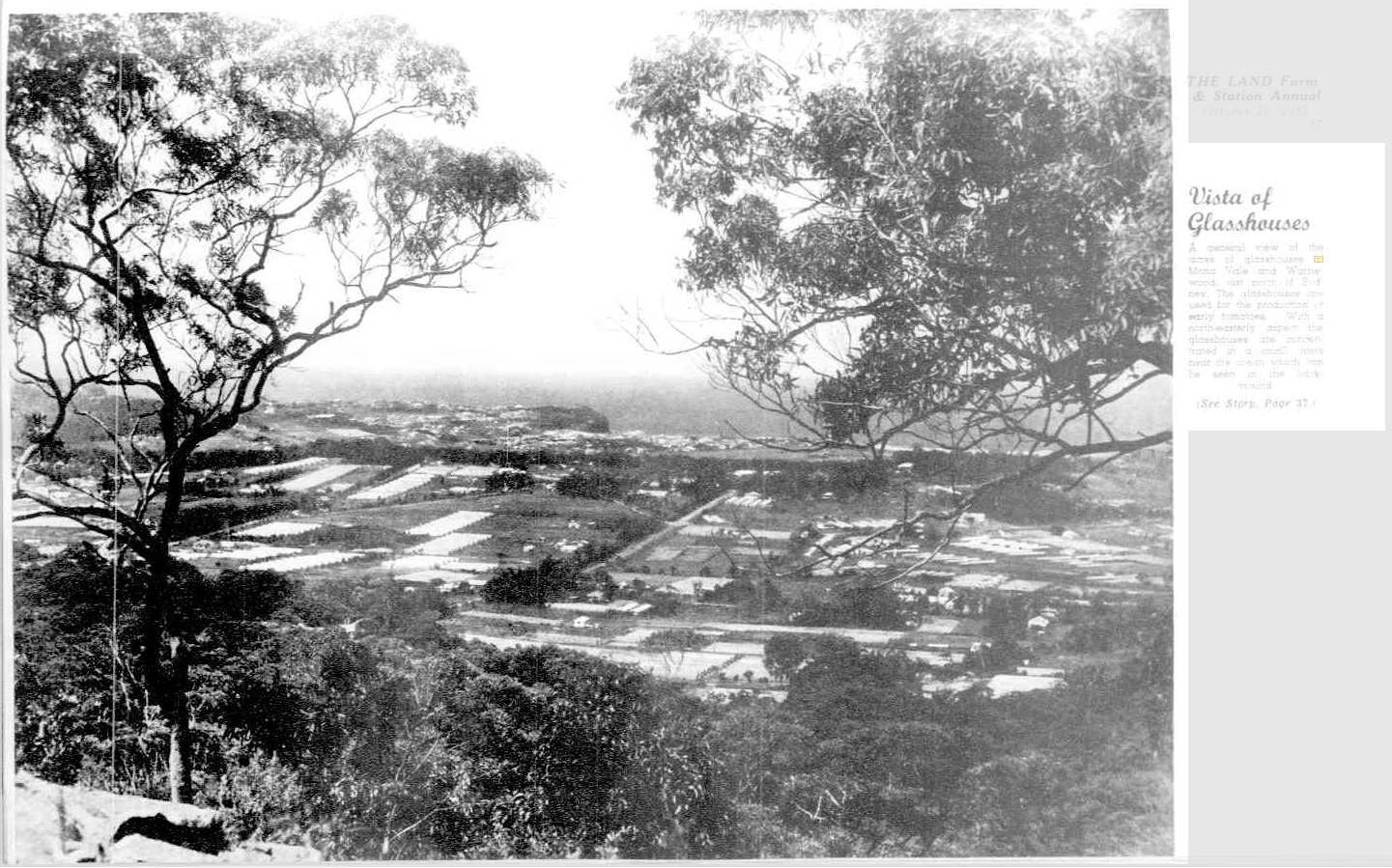 Glasshouse Tomatoes – Development of Important Industry in Coastal Strip by H. A. McCallum
THE major industry to-day on that scenic and fertile coastal strip lying north of Manly in N.S.W., and embracing chiefly the fast-developing, hail-free, frost-free districts of Warriewood and Mona Vale, is glass-house tomato culture.
A little more than 20 years ago, there was not one glass-house in the whole of that area. To-day, there are upwards of 2,500, providing a lucrative outlet for a band of energetic and efficient producers.
The romance. of the rise and astonishing development of this industry is one of the most fascinating in the agronomic history of the County of Cumberland. And it all had its genesis in the mind and brain of an extremely capable and far-seeing field officer of the N.S.W. Department of Agriculture, now living retired on the heights of Collaroy plateau, overlooking the scene of his early labors. 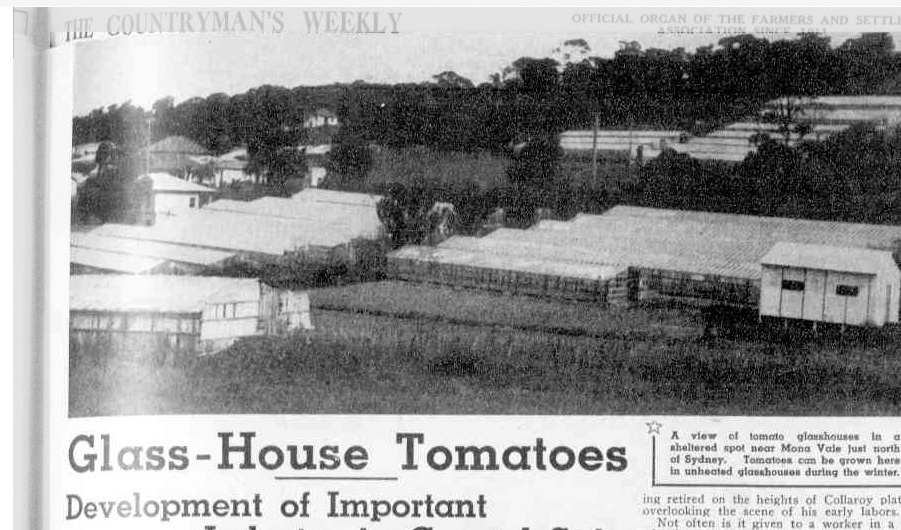