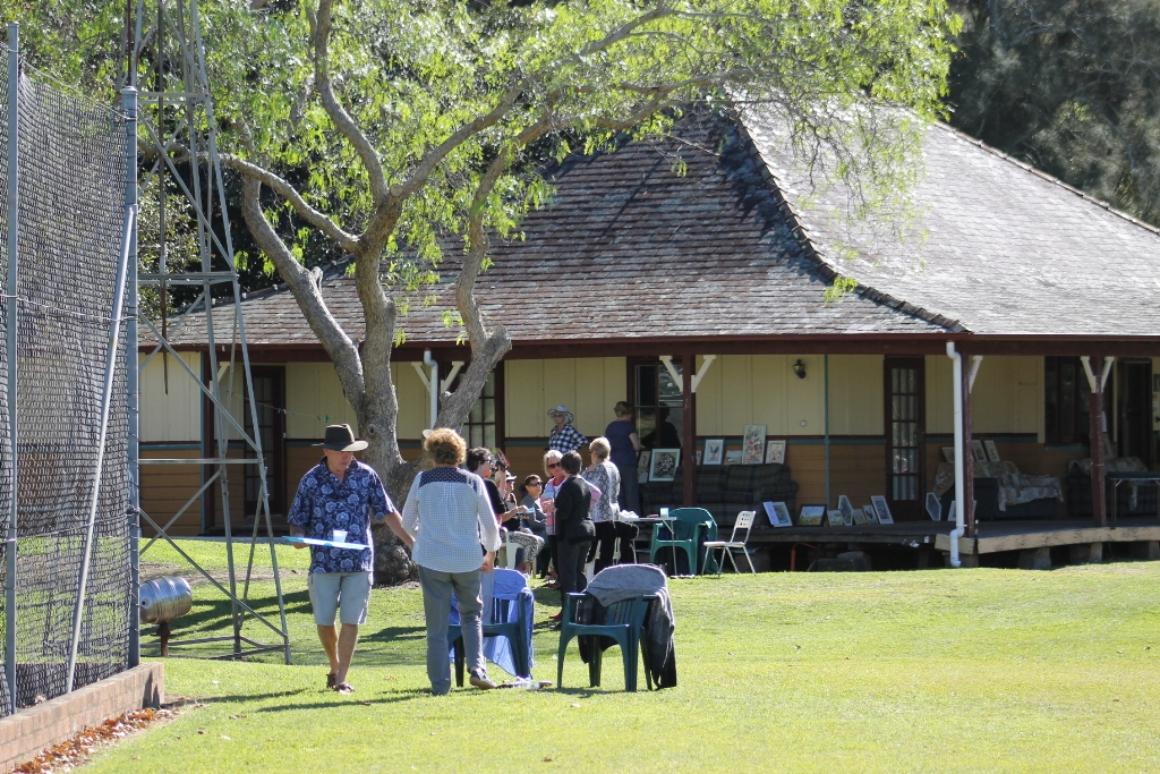 A J Guesdon photo
Recently Readers have sent in requests for a Currawong Restoration update with news from Council that these are projected to be completed by the end of this year.

“The $2.7m restoration of the State Heritage listed Currawong site is nearing completion and is anticipated to be open to receive guests by the end of 2020.  Works have included updating three of our cottages, reviving the games room plus landscaping and pathway works to provide safer access to the cottages.'' Mayor Michael Regan said this week

“The Friends of Currawong have congratulated Council for ‘so effectively preserving the heritage [of the cottages], whilst ensuring 21st-century convenience.’' Cr. Regan said.

In October 2018, our local State Member, Rob Stokes announced a grant of $1.68 million to upgrade the eight holiday cabins. Together with the $1 million given in 2017, the State Government has provided a total of $2.68 million for these works.

Member for Pittwater Rob Stokes announced the establishment of the Currawong State Park on Pittwater’s western foreshore in March 2015. Over 1000 Pittwater people and visitors attended the celebration of Australia’s newest State Park at Currawong Beach on Sunday 29th of May, 2011.

It is now owned by the people of NSW and managed by Northern Beaches Council, through the Currawong State Park Advisory Committee with representatives from the Department of Lands, Council and Friends of Currawong.

Developments so far include:

• The old homestead, Midholme, has been carefully restored with substantial help from a private donation.

• The aforementioned grants from the NSW State Government for restoration - a total of $2.68 million for these works.

• A private donation is managed through the Pittwater Environmental Fund to care for the natural environment and related projects.

• A walking track is planned from Mackerel Beach to Currawong.

Council has worked with the Currawong State Park Advisory Committee to plan this restoration. All plans have been endorsed by the Office of Environment and Heritage and have been completed in full alignment with the Conservation Management Plan for the site.

The improvements will provide more family-friendly facilities suited to groups of various sizes, safer access to the cottages and a better experience for visitors using the games room and cottages. Improvements will also ensure the restored cabins are WHS compliant and meet bush fire standards.

While the works are underway, public access is limited to the wharf, Midholme and communal recreation areas along the foreshore.