Crescent Reserve Vandalism By Trail Bikers Destroys 24 Years Of Work By Volunteers; Is An authorised MTB track for youngsters IN Pittwater discussion overdue?

Linda Weynton, a member of the bushcare group for Crescent Reserve Newport, has forwarded concerns about the deliberate destruction of this restored area, work this bushcare group have undertaken and continued over 24 years.

In the space of the last couple of weeks trail bike builders have removed barriers erected by council staff last year, after a similar incident damaged and felled shrubs and trees in order to create several bike trails, erected a den and tree house, excavated soil at creek level to create jumping mounds, installed a garden bench, foldable chairs, and left the tools used to destroy this reserve, namely wheelbarrows, a bush saw, brooms, shovels, chainsaw and general rubbish.

one example of what has occurred in Crescent Reserve: image supplied

Their comments escalated and became threatening, causing the volunteers to call the police.

They stayed until about 4.00pm without a ranger or a police person showing up.

The volunteers stated they have been informed by a local councillor and bushcare friends the damage described is happening from one end of the LGA to the other and council have no appetite to do anything about it mainly because the mental health of the youngsters in lockdown has to be considered.

The volunteers object to this premise, wondering why the mental wellbeing of those who have invested decades of their efforts into restoring these areas and now see them being destroyed without any checks, is not also taken into account.

In light of the perceived laissez-faire attitude of management that exists at the moment the volunteers think ratepayers would be interested to know the overall cost to them over decades of bushcare programmes and reparation works, not to mention the volunteer hours worked that are not costed.

Council have responded by sending more rangers to patrol the reserve during recent weeks; efforts which are appreciated by the volunteers and local community, but would be more effective should they attend when first called. Responding to calls for help hours, days and even weeks later are ineffective and will not counter this growing problem.

Due to the ongoing issues and damage being caused within the reserve the council has determined that the installation of permanent fencing to protect the remnant bushland from repeated impacts is warranted. Quotations are currently being sought for suitable fencing options to help protect this important bushland asset.

The volunteers have stated the efforts to counter this destruction may be aided further by the installation of clear signage like that which has recently been installed in Beaconsfield street:

Another aspect is pointedly announced by one of these teenagers themselves, in ‘council didn’t mind’ and shows the messaging coming out of council, as instanced in the destroyed perimeter of Plateau Park and its adjacent EEC listed bush reserve, and in the running over of a wallaby by a mountain biker on another illegal bike track at the Ingleside end of Gairgal NP in 2020. Damage to Warriewood wetlands, a Wildlife Protection Area, that mum Nina Reynolds spoke up about also made her the target of threats from MTB 'trail builders' and the smashing of a window at her home by them, scaring her young children to the point where they could not sleep.

The Whitney Park Mona Vale illegal bike ramps not being removed and a boy ending up with a serious head injury in 2020 show what can happen – as do the rising frequency of people being hurt on illegal bike tracks in inaccessible bush areas who are not only badly hurt but require being rescued and, in some instances, being helicoptered out due to the terrain and extent of physical injury.

Pittwater Online News has spoken to Cr. Rory Amon about his intervention on behalf of the Plateau Park youngsters’ parents. Mr. Amon explained his sole intention was to provide some relief for the bike enthusiasts during the lockdown period through the joy of exercise. His own volunteer work with the NSWRFS has brought him into close contact with the devastating impact careless custodianship can have on bush areas and the wildlife that lives in them, particularly during the 2019/2020 fires. Although not currently a member of a local bush care group, Mr. Amon is adamant that he too values highly and wishes to protect our local environment as well.

The Crescent Reserve Newport Bushcare group was formed in 1997 and included among its members Claire Deane, a National Trust Member who worked as a Bush Regenerator and was tragically killed on June 8th 2000 during a hazard reduction burn in Ku-ring-gai Chase National Park.

A plaque dedicated to this lovely young lady is in the Crescent Reserve at Newport.

At Forrestville the Claire Deane Bush Sanctuary, a 3.7-hectare space that Claire commenced returning to its natural vegetation in the mid 1990’s, also honours her work in restoring our local reserves.

This latest destruction of volunteers’ work and the perception that the council will turn a blind eye serves as a timely reminder that everyone employed at the council is actually working for the residents, not the other way around, despite our vast army of volunteers, and must respond to requests to look after these areas in a more immediate way. Everyone at council has the still current Pittwater LEP and safety practices to guide what they can and cannot do.

The deliberate unchecked destruction in Crescent Reserve echoes many similar reports Pittwater Online News has received during the past few months. This presents an opportunity for engaging with those who will inherit the custodianship of these bush reserves and the privilege of encountering the wildlife that lives in them for their own children.

A report received last year from a Narrabeen school on their in-school bushcare group of students and how much the youngsters enjoyed learning about the area they live in and restoring an area, contributing something that will grow to it, underlines this.

Complementing this is the obvious need to identify an area in Pittwater the kids can exercise their passion for this sport in – parallel to that is the idea this could also identify that area through all the tracks of weeds that need to be pulled and areas alongside them restored. As with every other ‘project’ or sport that exists in Pittwater, the veritable army of volunteer parents, grandparents and carers could form part of the groups that pull those weeds, build this track and restore the areas alongside it.

A proposal for Fern Creek road in Warriewood shows a Learn to ride track and Bike Pump track is part of plans. Council staff have completed the concept plan and Plan of Management for the area in question to be named 'Lynne Czinner Park'. The draft concept Landscape Plan and Plan of Management is anticipated to go to Council for approval for public exhibition in October 2021.

Is another facility of this sort needed further north at Newport or Avalon? - that slated for the park opposite Avalon Public School may well be unpopular as the school utilises that area for sports, just as Plateau park at Bilgola Plateau is used by the school there.

Pittwater has demonstrated its ability to successfully continue bush regeneration programs, for 24 years in the case of Crescent Reserve and many others, as well as grow community sports, through the work of volunteers. The will and need is here; but where?

Bush care volunteers will return to their unpaid work in the coming weeks. Their passion for our wildlife and bush reserves deserves more respect. The distress this is causing should not be discounted in deference to another age groups’ needs, especially when one is so clearly a positive and the other a negative.

Compassion is not restricted to one part of our community – however it is in exercising our compassion for all and recognition of a whole of community effort that is now prompting a whole of community discussion, that includes our youngsters, and then efforts and commitment to get your hands in the dirt, that clearly needs to take place. 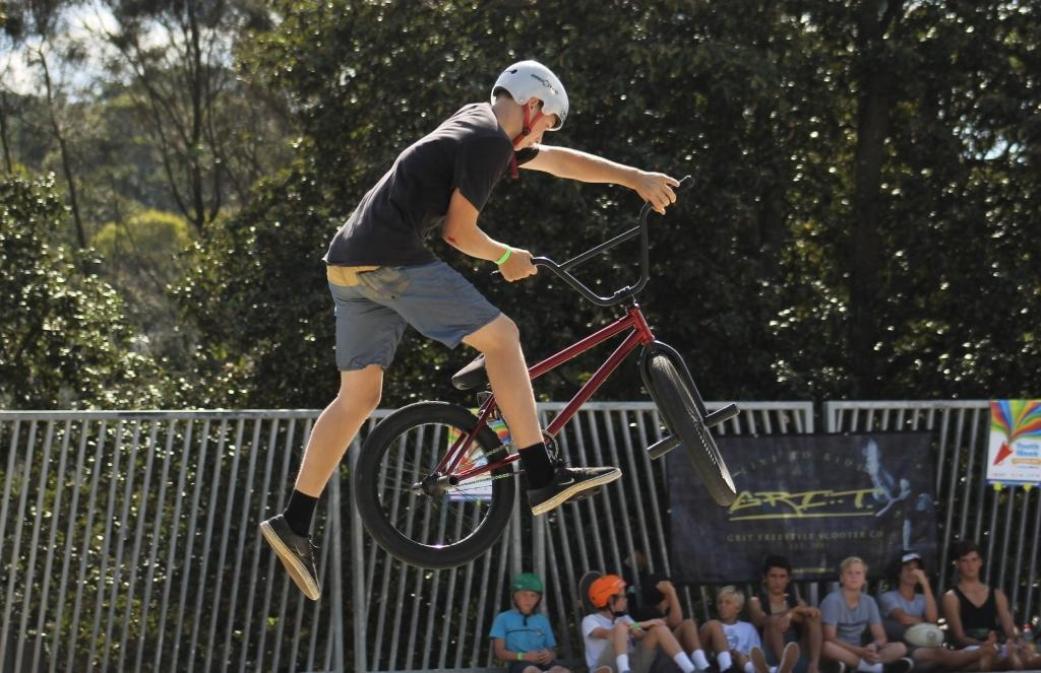 example of what has occurred in Crescent Reserve: image supplied

example of what has occurred in Crescent Reserve: image supplied 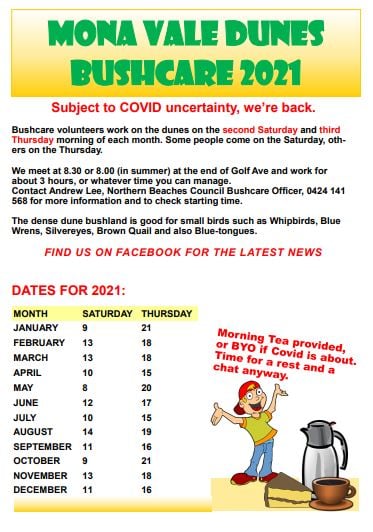