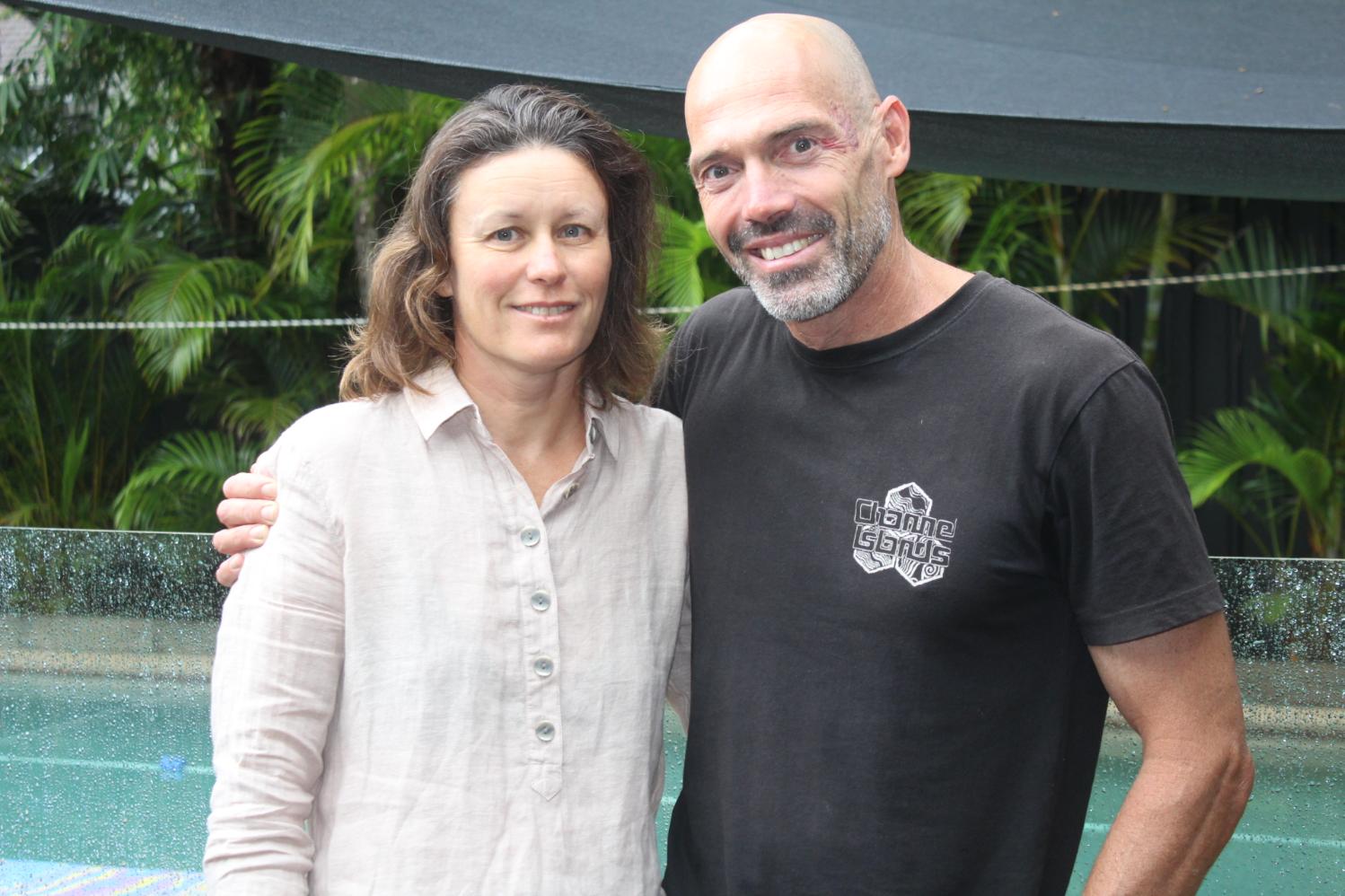 Damian and Lucie Geyle had a meeting with Northern Beaches Council CEO Ray Brownlee and Louise Kerr, Director, Planning and Place at Barrenjoey Swim School this week which opened with Mr. Brownlee stating ‘’Relax, I’m not here to shut you down’’.

The meeting was arranged after Damian and Lucie Geyle received an order to close down their swim school as the result of a complaint from a neighbour about noise and traffic. The council re-classified the small home-business as a 'recreational facility', which is prohibited in an area with an R2 zoning.

The school has operated as a home-based small business for over 10 years.

Barrenjoey Swim School is one of four swims schools for children in the Avalon-Bilgola area, all of which are at capacity.

All of these small business owners, as well as numerous other swims schools from around Australia, and even schools themselves, had contacted the Geyles to express support and sympathy as well as wonder how this Order may impact on their ability to provide swimming classes for children.

However, this week a constructive meeting where discussions to clarify what the problems were and how they may be addressed took place.

The Geyles stated the meeting had the spirit of their own approach whenever problems arise; that they be resolved in a manner and timeframe where there is no longer any problem.

Mr. Brownlee clearly recognised the work of the Geyles is much needed in the community and that this work needs to continue.

The Geyles were happy with the outcome of the meeting and are looking forward to working with the council to resolve the issues.

Over the next two months the focus will be to find solutions that work to ensure this vital service within our community continues.

The Geyles now will work, hopefully supported by the mums and dads who came out in their thousands to support them, on ways to address noise and traffic concerns.

‘’ I look forward to our further discussions on this matter.’’ Mr. Brownlee stated on Friday

‘’Noting that you will present to council your proposal to address the noise and traffic concerns within the next two months, [and] given this undertaking, Council will revoke the current Order.’’

This is a huge relief to Damian and Lucie and enables them to keep focussed on teaching children to swim and working towards what options they have rather than worrying over being closed down impacting on their students and their own family.

‘’We’re absolutely happy to get to go to the table and discuss a way forward.’' Damian said yesterday.

‘'This has always been our approach at the outset, to ensure any problems could be resolved.’’

Swimming is one of two only forms of exercise where you move every muscle. You also gain fitness, determination, resilience and when you need it, have a great way to relax and give your body a treat, especially if you swim in salt water – which the Geyles’ pool is.

Further, swimming in salt water helps to boost the immune system, circulation and skin health, strengthens muscles and improves our overall wellbeing. Using seawater for medical purposes even has a name: thalassotherapy. Ocean water differs from other water in that it has significantly higher amounts of minerals, including sodium, chloride, sulphate, magnesium and calcium. This is why it’s great for skin conditions such as psoriasis.

Ocean swimming and exposure to the salt environment are associated with reduced symptoms of hay fever and sinusitis, as well as other respiratory symptoms. This is because the saline effect on the lining of sinuses may reduce inflammation. Although scientific evidence for this is less robust, the director of clinical services at the medical charity Allergy UK claims people who live by, and swim in, the sea tend to have healthier respiratory systems as seawater is cleansing and mimics the body’s own fluids in the lining of the airways, it doesn’t irritate them.

Exercising in natural environments has greater benefits for mental health than exercising elsewhere. This is because it combines the benefits of exercise with the restorative effects of being in nature. Swimming in the ocean is a great example of this. It can be relaxing, meditative and reduce stress.

In his 2014 book Blue Mind, marine biologist Wallace J. Nichols brought together evidence for why people find themselves in a meditative and relaxed state when they are in, on or under water. One reason is the breathing patterns used during swimming and diving stimulate the parasympathetic nervous system (the system that controls organ function and quietens the brain) and have effects on brain waves and hormones that influence the brain positively.

The weightlessness of water can also have a calming effect on the mind, even changing or slowing down brain waves.

Swimming helps provide a distraction from life, giving a sense of mindfulness, which is a state in which one is aware of one’s surroundings in a meditative sort of fashion.

Hydrotherapy (water therapy) and swimming have also been shown to decrease symptoms of depression and anxiety. One study showed the effects of balneotherapy were comparable to a commonly used anti-depressant drug called paroxetine.

Ocean swimming also helps release our feel-good hormone dopamine and serotonin, which helps to stabilise your mood and increase feelings of happiness and wellbeing.

Cold-water swimming also activates temperature receptors under the skin that release hormones such as endorphins, adrenalin and cortisol. These have therapeutic benefits for musculoskeletal conditions – such as fibromyalgia, which is a condition with chronic pain and tenderness all over the body – and skin discomfort.

Of course, you don’t need a long list of studies and facts to confirm that swimming is great for your health and a great gift to give to your children. The confidence good water safety builds, the connection to others and the environment, the ability to be able to cool off when it’s too hot speak for themselves.

Damian and Lucie Geyle are empowering this generation of youngsters to have a lifelong skill that is also a lifelong means of keeping themselves healthy in all the ways that count.

The 2016 Census recorded that there were 1,973 children in the ages 0 to 14 years in Avalon Beach, at Bilgola Plateau the statistics count was 781.

Across the whole LGA’s of Warringah, Manly and Pittwater 49,849 there were children in the 0 to 14 years age brackets.

There have been a lot more families who have moved, with their small tribes of youngsters, into the area since 2016.

The population estimate for Northern Beaches Council area as of the 30th June 2020 is 274,041. Since the previous year, the population has grown by 0.23%.

As this is only set to grow, the NBC’s CEO’s approach recognises the demand will only increase for children needing to learn how to swim from a safety point of view.

Should the Geyles' be able to address the noise and traffic complained of successfully the Order to close being revoked will be good news for thousands of families in our area and great news for all the youngsters already learning to or hoping to learn to swim.