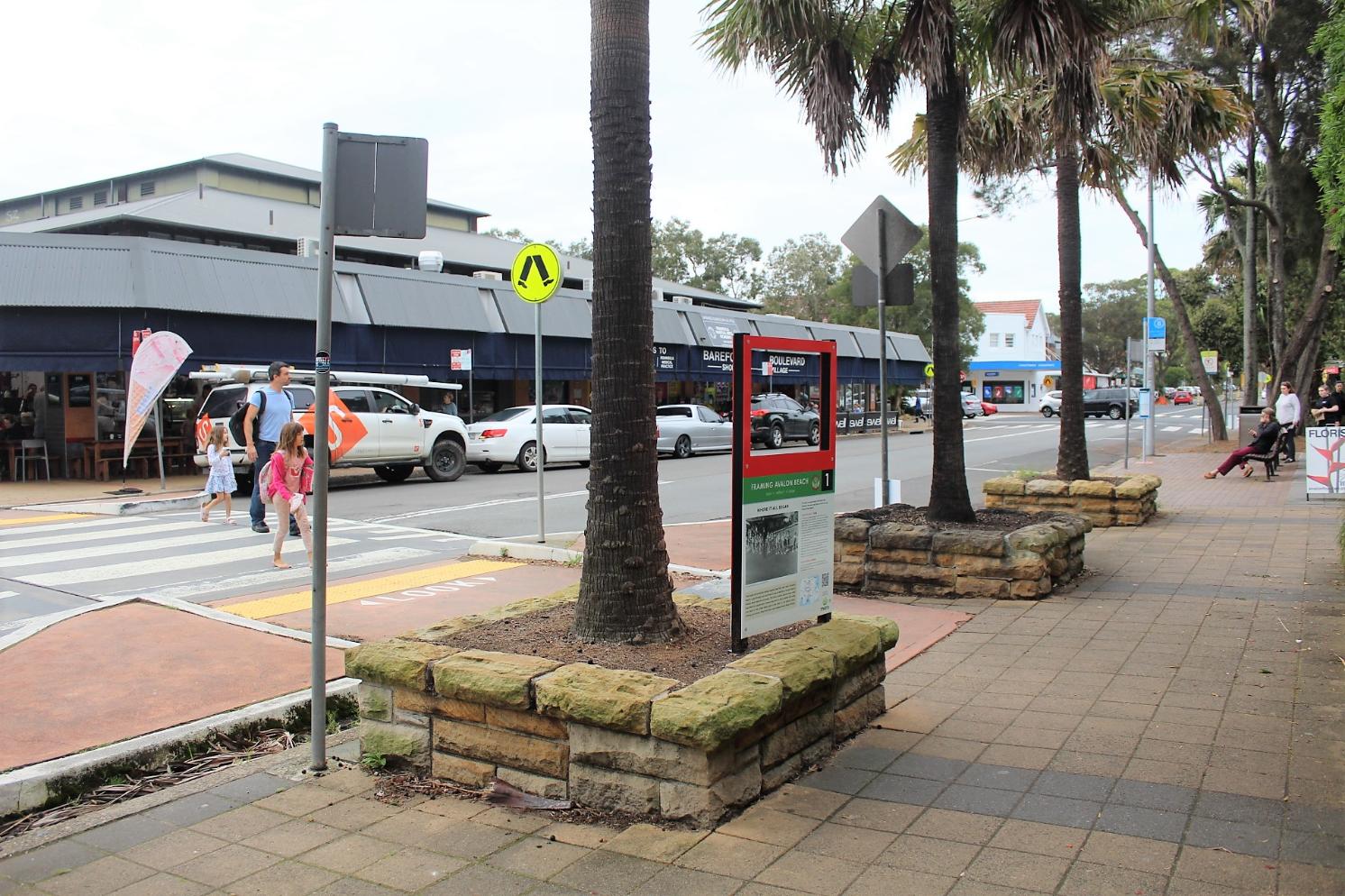 Council has made available its timeline for works associated with the Avalon Beach village shared space six month trial. Although some residents remain opposed to the changes and think they will be made permanent, given that Council has extended the shared space 'trial' at Dee Why beach by a further 12 months in April, despite localised community and business opposition, and the ‘offleash dog trial’ for McCarrs creek is still a ‘trial’ well over a decade later, despite dogs running into the National Park hunting resident wallabies, the works have commenced.

Concrete has been laid over the green alongside Barrenjoey road north of the service station, moving the southern bus stop to a new spot away from the traffic and crossing lights as the first change. Two parking spaces have been removed to accommodate this change.

The pace of the roll out of other features of the design indicates a veritable army of workers will be busy during the quieter hours completing night works, as well as during the day.

6. Existing bus stop in Avalon Parade south side, outside Sky Thai and Nourished Café extended from 15m to 30m.

7. Pedestrian crossings to be upgraded and relocated at the intersection of Old Barrenjoey Road and Avalon Parade.

10. Pedestrian crossings to be upgraded and relocated at the intersection of Old Barrenjoey Road and Avalon Parade.

11. Footpath extension in Avalon Parade south side, near Nourished Foods and Sky Thai.

1. Works carried out in Avalon Parade to provide a wider footpath area (asphalting outside Avalon Organics).

2. Power and footing installation for chill out tree structure.

3. Asphalting of the pavement on Old Barrenjoey Road.

6. Street furniture bump in to commence with larger chill out tree to follow January 2023.

Council's webpage for this states:

In July 2022 we adopted the My Place - Avalon Beach Place Plan(Opens in a new window) following extensive community engagement.

An action from the Place Plan was to upgrade the intersection of Old Barrenjoey Road and Avalon Parade including a trial of a one-way shared zone.

The aim of the trial is to deliver a safer space for pedestrians, provide a more people-focused experience for locals and visitors to the village, including improving the streetscape with plants and new furniture.

The trial will run for at least six months.

Councillor Miranda Korzy has been updating the community via social media forums. For those not interested in or on social media platforms;

Staff expect bus routes to remain basically the same - with the 192 travelling south from George St and stopping in the usual place on Avalon Parade. The 191 will continue east along Avalon Parade to the lights, instead of turning right into Old Barrenjoey Rd. It will then turn left at the Shell service station and drop passengers at the new bus stop being constructed on Barrenjoey Road, opposite the surf club. Then it will drive a few metres up the road and turn left into Old Barrenjoey Road, continuing its route from there.

A shelter will be added to the new bus stop, and an island built in the middle of the road to make crossing to the beach safer. Staff envisage safety fencing being added in the middle of the road near the island, however, said that won’t happen until next year and they will monitor the situation, particularly jay-walking, until then to gauge the need for it. (They are concerned there have been five accidents involving cars and pedestrians along that strip, two of them serious.)

Other changes coming include moving pedestrian crossings away from the corners - to meet current road standards - and widening footpaths. Once the one-way road has been created, work will begin on the section of footpath and pedestrian crossing on the south-east section of Avalon Parade - near the bus stop. Footpaths will be finished with a pressed concrete design - resembling pavers.

Finally, we will lose nine parking spaces - some on Avalon Parade outside the cafes, health food shop and restaurant - some from Barrenjoey Rd - where the remainder will have short term parking restrictions, and some around the intersection.

The council will have staff in Avalon from early on Tuesday morning to help direct traffic if needed. It might be worth allowing a little more time to negotiate the village on that day, whether you’re driving or catching buses.

Councils webpage with the timeline also make available a plan for the works, which includes:

The same webpage states that during the trial period Council will be asking for your feedback.

Northern Beaches CEO Ray Bronwlee has said the project is an important part of the recently adopted Avalon Place Plan.

“After years of community consultation and detailed consideration by the elected Council, the Avalon Place Plan has been endorsed and includes some exciting and much needed improvements to Avalon Beach Village,” Mr. Brownlee said.

“Our priority is creating a place for people. Streets as shared spaces will create a safer and more people-centred experience for locals and visitors moving through Avalon Beach Village.”

“Thank you to everyone who has provided feedback on this issue. Together, we will create a place for people and a vibrant, safe and inclusive Avalon Beach Village,” Mr Bronwlee said.

The funding has been provided through the State Government's Streets as Shared Spaces program, with $500k allocated for the works. 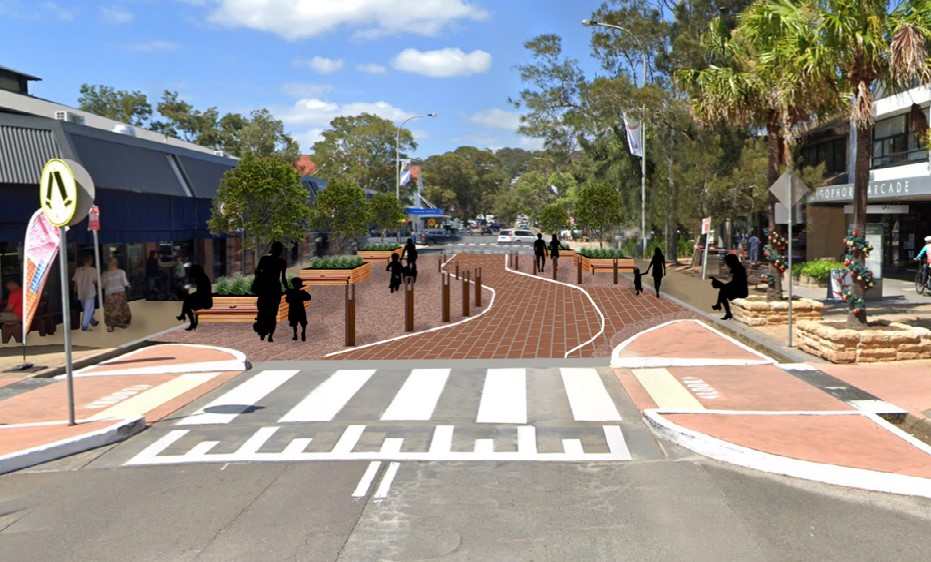 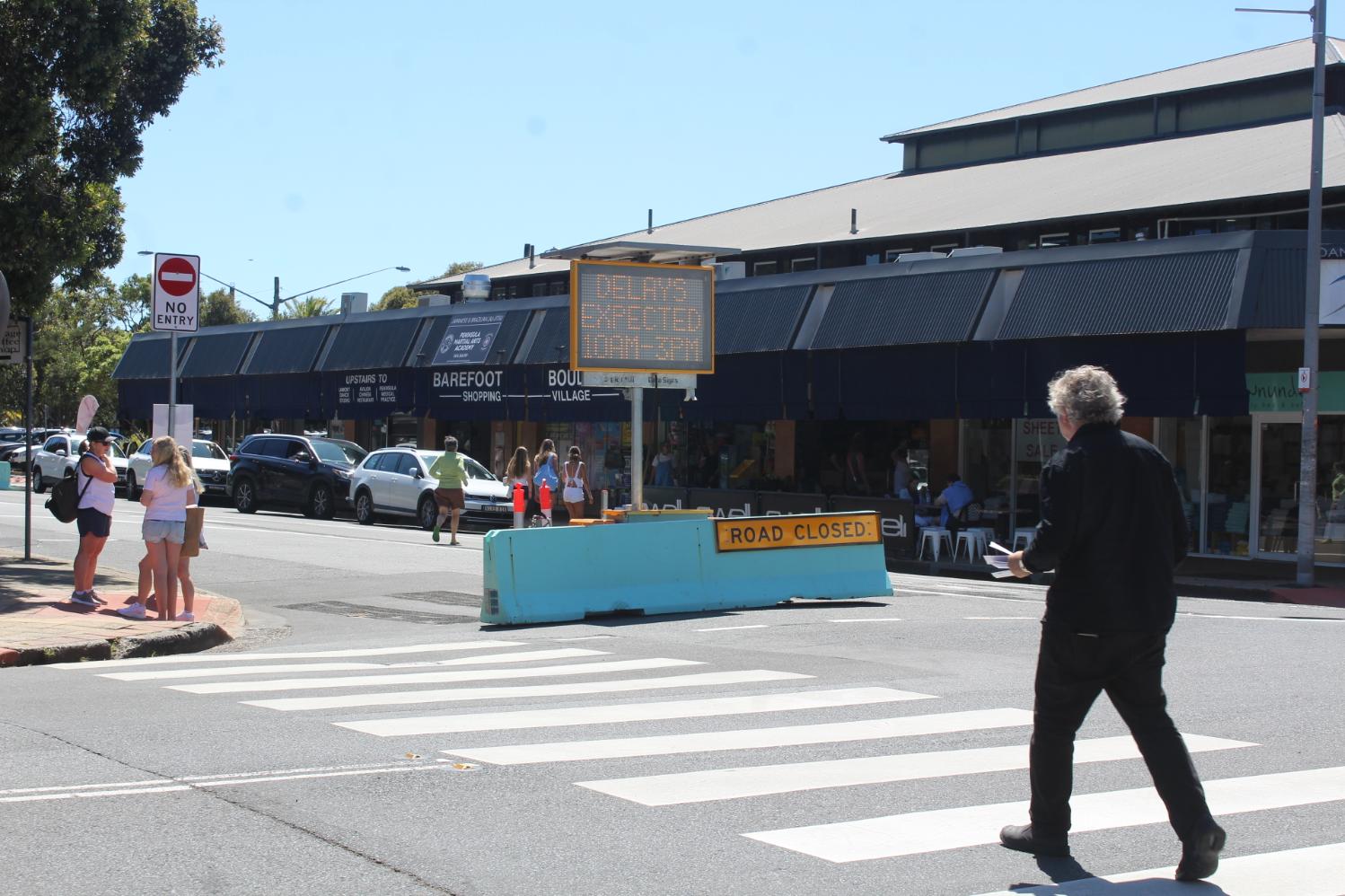 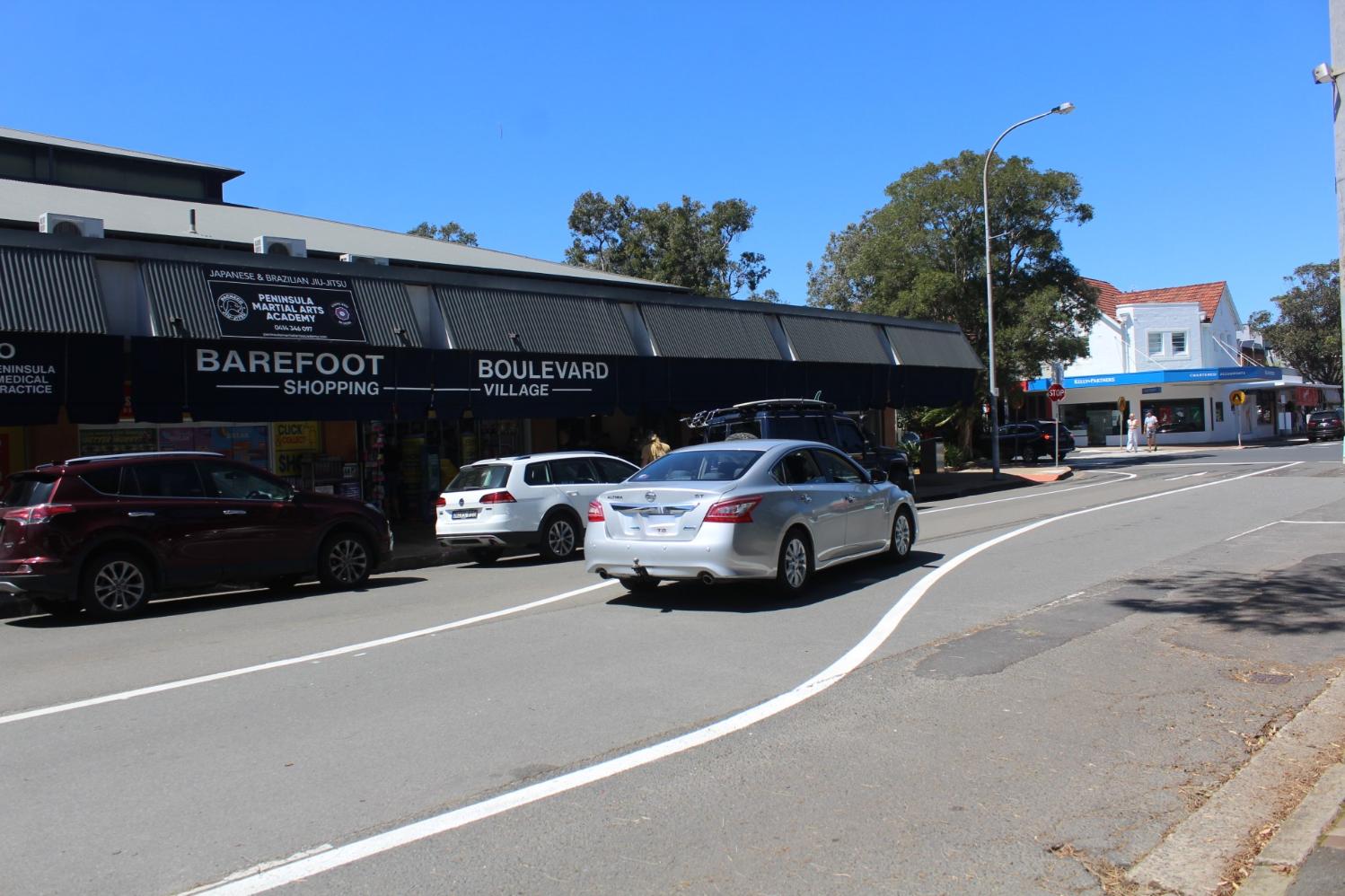 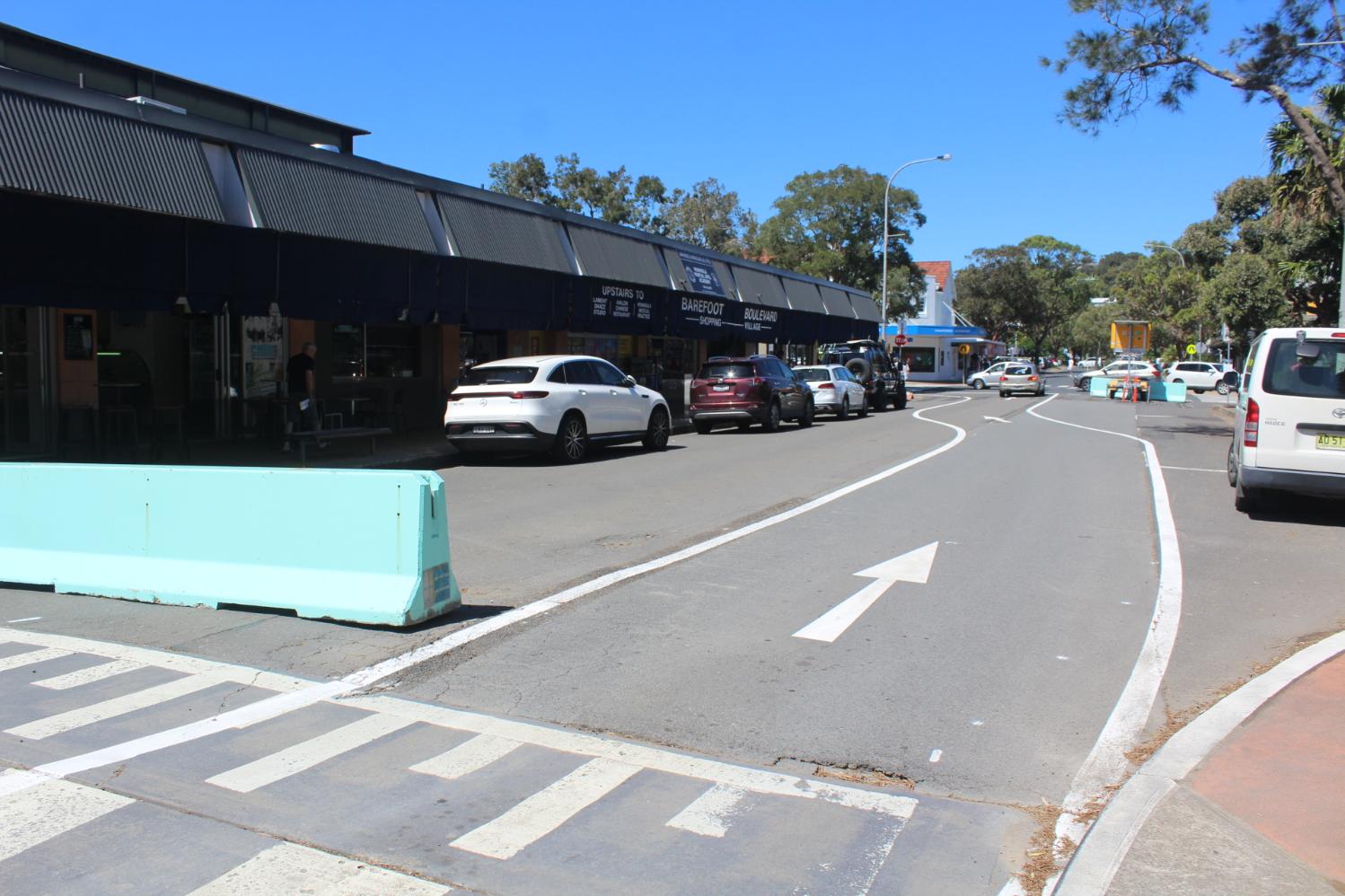