Since the commencement of Pittwater Online 12 years ago we have been running Notices, Reports and Events for the Avalon Beach Group of Amnesty International. The range of Films, Speakers and Concerts have been very popular and underline how human rights remain a grass roots community focus as much as joining in with others as an international voice.

Did you know that there is an Amnesty International Group in Avalon though? This small collective of residents would like to get bigger!

Please get in touch with Gerd Hollander, gerdhollander@gmail.com, if you want details, or visit their web page www.amnesty.org.au

This week a few insights into a local group that has been going longer than most people realise.

When did the Avalon Amnesty International Group commence?

It was probably round 40 years ago. The exact year is lost in the mists of time.

Why did this Group commence?

The Avalon Amnesty Group was started as a mission outreach by Avalon Baptist PEACE Memorial Church when the minister, Rev. John Hirt, organised several groups within the Church to work on human rights and peace-making missions.   This included Human Rights, Peacemaking, World Hunger, and others. The Church was very involved in all aspects of peace and human rights and members set up the Amnesty International Group as a way of doing that.

Church members took an active part in these problems and sponsored and brought refugees from El Salvador, Guatemala, Mexico, and other conflict areas. Some of these refugees were settled by the church in housing in or near Avalon and were helped with learning English, finding work and housing.

The church people also worked with and for Karen people in Burma (Myanmar) and in fact sponsored a Karen Baptist minister who worked as assistant minister within the Church.

Who were the founders?

Apart from John Hirt, the Amnesty Group convenor for many years was Roy Taylor who was also a deacon of the Church.

Another of the founders was Kath Moody, who was teaching English to refugees at that time, and some came to those classes. Kath is still active today at the age of 92, despite her failing health. 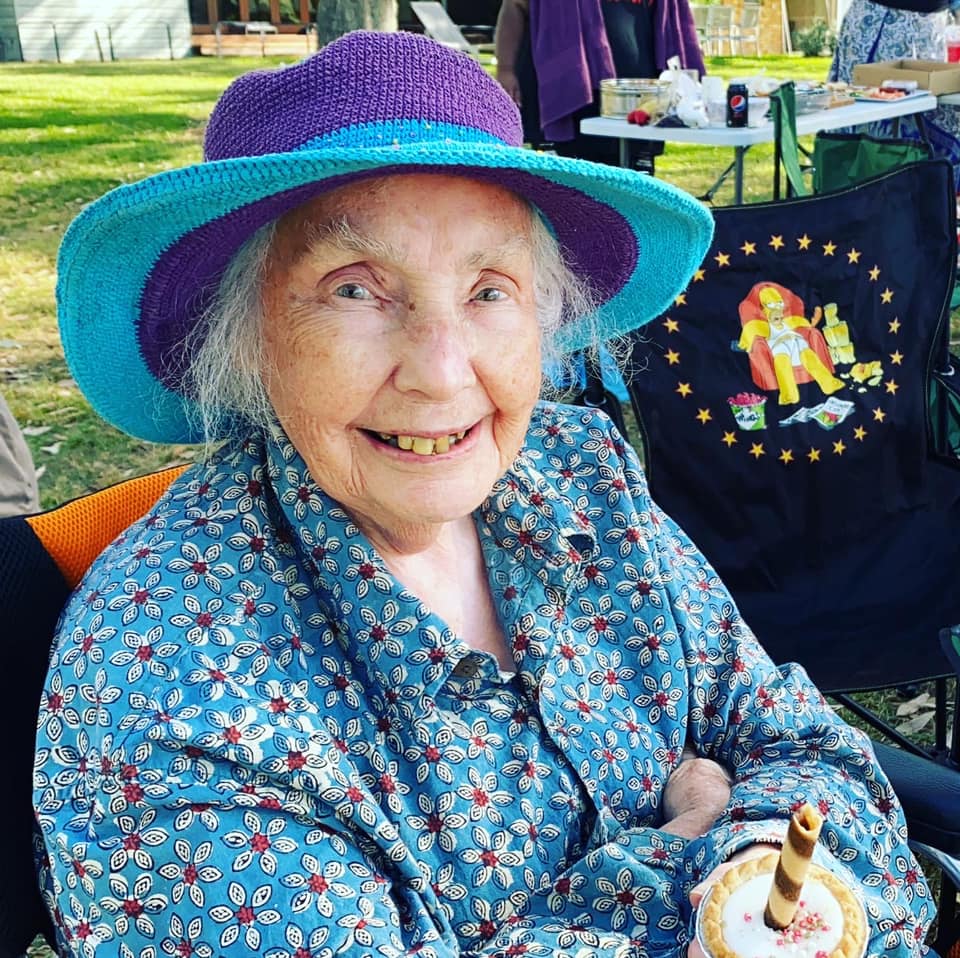 What is Amnesty International?

The genesis of Amnesty International was in 1961 when Peter Benenson launched the “appeal for Amnesty” after learning two Portuguese students were imprisoned for raising a toast to freedom. One year later, Amnesty International Australia was founded in Melbourne. In 1977 Amnesty was awarded the Nobel Peace Prize.

60 years on, human rights remain under attack around the globe. But there is hope.

Decades of human rights advocacy and impact has shown that, together, we have the power to challenge injustice and create real, lasting change. Our work protects and empowers people – from defending free speech, abolishing the death penalty to protecting sexual and reproductive rights, and from combating discrimination to defending refugees and migrants’ rights.

What work have you been engaged in?

The Avalon Amnesty group has taken part in campaigns covering most of the issues mentioned above. We have written to foreign governments on the imprisonment and mistreatment of people who have undertaken peaceful activities like protesting or posting online. We have spoken out against the death penalty, which thankfully is now carried out in only a few countries, notably China, Saudi Arabia, Iran and the USA – and some others.  For Australia we have focussed on the treatment of asylum seekers, who have been kept (at great cost to taxpayers) in cruel detention in both Australia and offshore (Manus Island and Nauru), and Indigenous rights, particularly the treatment of young offenders, who are subject to criminal sanctions from the age of 10 years.

In the last few years, we have spoken in person to our local parliamentary members Jason Falinski and Rob Stokes. Both are sympathetic to Amnesty’s position on refugees and Indigenous rights, but their governments have delivered little in the way of positive action.

The Avalon Amnesty International Group has held several popular fundraisers of the years and hosted wonderful speakers and film nights and concerts – could you please share some insights into some of these?

For about 20 years, until the pandemic, the Avalon Group, in conjunction with the Avalon Baptist Church, hosted two or three concerts a year featuring local music group Loosely Woven. These concerts would raise about $500 each. In addition, we would invite audience members to sign letters and petitions relating to prisoners of conscience, or to actions by government relating to issues involving refugees and Indigenous justice.

In earlier years, we have had letter-writing events, film nights with speakers, candlelight vigils and stalls at markets selling merchandise, giving out information and getting people to sign petitions.

Why is it important to have a group such as the Avalon Amnesty International Group in our community?

Australia has had a good record on human rights since it was a co-sponsor of the Universal Declaration of Human Rights in 1948. Article 1 states: “All human beings are born free and equal in dignity and rights. They are endowed with reason and conscience and should act towards one another in a spirit of brotherhood.” There are 30 actions in the Declaration of Human Rights – 30 rights of everyone on this planet. The remaining articles include the right to asylum, the right to freedom from torture, the right to free speech and the right to education.

For a while, the Human Rights situation improved in the world as a whole, but lately there has been a retreat. Even in Australia, under the guise of anti-terrorism laws, fears about asylum seekers and even worries about COVID, the rights of Australians have come under some threat. Everybody needs to understand the need for human rights here and abroad; action to promote these rights and understand the threats must start at a local level.

How can people support this work?

For a start, people can visit Amnesty International Australia’s website www.amnesty.org.au which tells you all about the organisation, its campaigns and how you can participate. You can pay a membership fee of $30 a year, which gives you a say in its governance, but you don’t have to. You can also make additional regular or one-off donations. You can join our local group and get to know like-minded people in your area. There are also issues-based groups throughout Sydney, covering matters such as refugees, LGBTQI, women, Indigenous rights.

How often do you meet and when/where?

For many years we have been meeting once a month in rooms at the back of the Avalon Baptist Church. When I first joined in 2005, about 8 people would come to our meetings. Sadly, people have drifted out of our group, and some have died, so that now there are only three regulars. I don’t believe that this is enough to maintain a formal group, so I’m seeking to make the group more informal and meet in future in a pub or coffee shop without a formal agenda. It would be nice to get some new people involved, and if we get enough, we could get more formal again.

On Saturday 9 April at 4:00 pm, Loosely Woven, a music group consisting of 22 instrumentalists and singers, return to Avalon for the first time in over two years with their brand-new concert, ‘We’ll Meet Again’. The group is led by Wayne Richmond, who has been a great benefactor of Amnesty, and over the years has helped raise well in excess of $20 000. The concert will be hosted by the Avalon Amnesty group at the Avalon Baptist Church at 2 George Street. Entry is free but a donation to Amnesty will be appreciated.

The program includes a number of songs that address many of the serious issues of our time including:

Sydney-based folkie Brian Jonathon's incisive song ‘Christmas for Refugees' bemoaning the appalling way our government treats refugees, Archie Roach’s celebration of life ‘Liyarn Ngarn’, Emmylou Harris’s heart-wrenching song ‘My name is Emmett Till’ about a black boy who was lynched because he dared to speak to a white girl, Jenny Fitzgibbon's ‘Carbon is the world’s worst friend’, and Australian singer/songwriter Anna Smyrk’s powerful song ‘Home’ which makes very real the ongoing disaster that is climate change.

There are also a number of well-known songs including songs by ABBA, Mark Knopfler, Men at Work, and Vera Lynn (We’ll Meet Again -- hence the name of the concert).

There are also some lesser-known songs.

Are you passionate about human rights? There is a small Amnesty International Group in Avalon. We would like to get bigger! If you would like to join us and possibly get active in human rights matters,  please get in touch with Gerd Hollander, gerdhollander@gmail.com. If you want more information about Amnesty, visit the web page www.amnesty.org.au 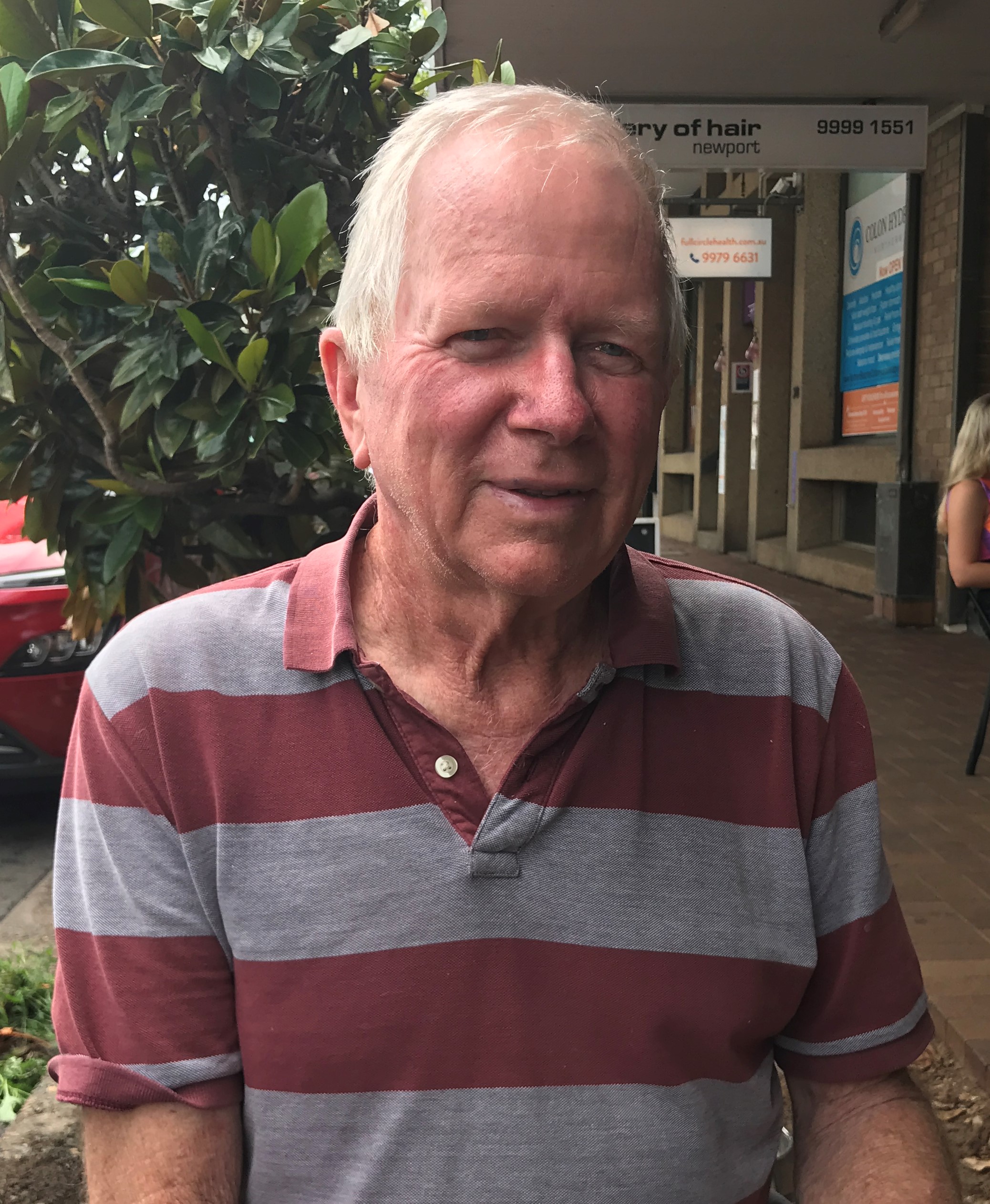