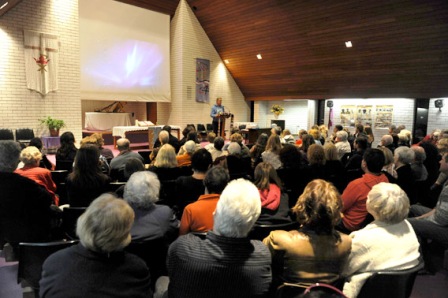 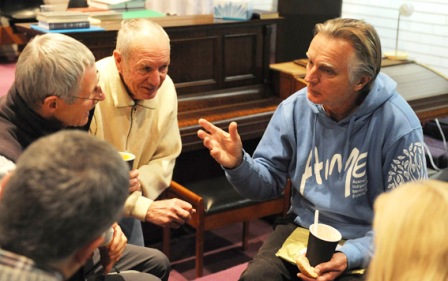 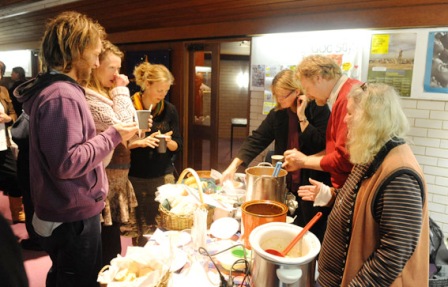 ‘OUR GENERATION’ Documentary and Jeff McMullen at Avalon 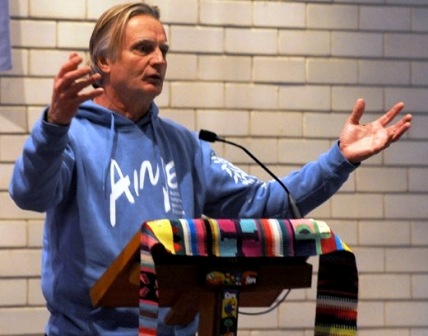 On 24th July the film that shows the effects of the intervention on  the people of the Northern Territory was shown in Avalon. The Avalon Group of Amnesty International combined with the members of Avalon Baptist Church to make this film available to the people in Pittwater area.  We were anxious to cut through the political clichés and  to show people the reality of the discrimination that has been criticized by the United Nations.

Jeff McMullen spoke with passion and commitment and huge knowledge of the situation in the communities.   He also gave valuable comment on the present struggle to get indigenous people recognized in the Australian Constitution. The audience was moved and anxious to help. The discussion continued right through the serving of supper and into the night.  About 90% of the listeners signed the petition from Amnesty International to the Prime Minister, asking for full restoration of indigenous rights to aboriginal people.

In 2007 the NT Emergency Response gave the Government power to take over the land, and the incomes of the indigenous people. In the process there was no consultation and many good people have been shamed intolerably. The Racial Discrimination Act was suspended. In 2010 we signed the U.N. Declaration of Indigenous Rights. However these rights are not fully restored to our indigenous people.  The Racial Discrimination Act has not been fully restored. At present a new phase of the Intervention is not really consulting people adequately and taking Indigenous royalties to pay intervention expenses.

This link will take you to the submission that has gone to the United Nations about Loss of Rights (July 2010)  which was prepared by Prof. The Hon. Alistair Nicholson http://www.concernedaustralians.com.au/  and an open letter from Malcolm Fraser.  Further information  is available from this link http://www.ourgeneration.org.au/

If you want to help  we have a very active Aboriginal Support Group in our area  http://www.asgmwp.net/