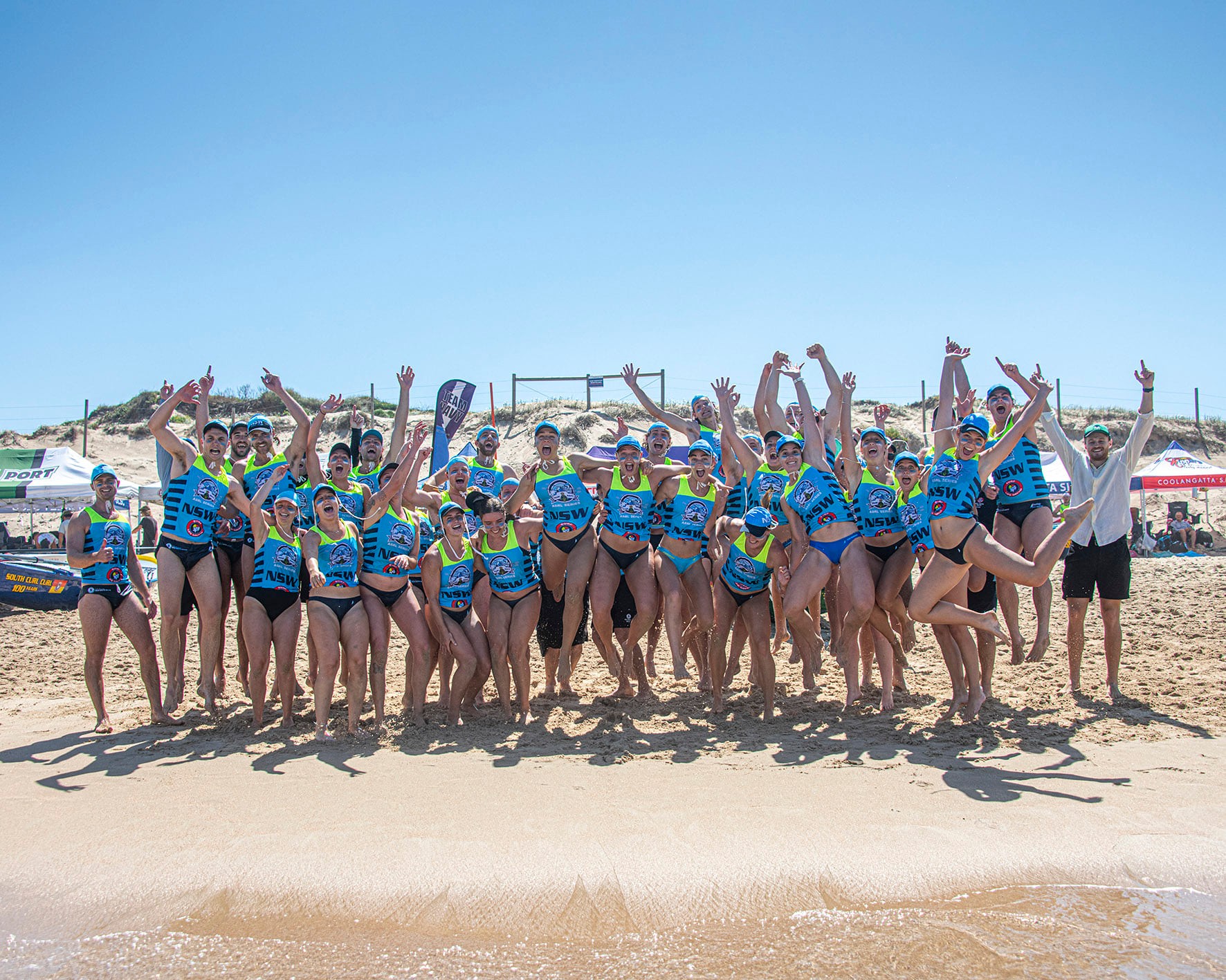 This Season the Australian Surf Rowers League celebrates Australia’s indigenous heritage and culture. Artist Rheanna Lotter, a proud Yuin woman from the NSW South Coast, who grew up in the Southern Highlands worked in collaboration with ASRL to design a piece of symbolic art that would tell the story of Surf Boat Rowing, Surf Life Saving and the surf boat members connection to each other and the ocean.

The Australian Surf Rowers League Indigenous Design features on the new singlets. ASRL has provided the detailed meaning of this beautiful design:

The story begins in the centre of the artwork with the meeting place, which represents the surf boats sport and the surf boat carnivals we meet at. This is followed by the symbols of five men and five women, showing the gender equity we have achieved within our sport. Surrounding the members are five rings that are symbolic of the ASRL core values of respect, integrity, courage, solidarity, and determination. This is all held together by the half circles on the outer edge, which are representative of our Athletes, Officials, Volunteers and Supporters. If we break our values, we break the meeting place, if we do not have the Athletes, Officials, Volunteers and Supporters our sport and meeting place will break apart.

The footprints coming in towards the meeting place is symbolic of our current and emerging members, making the journey to our surfboat rowing events. The outgoing feet recognise our members who have passed on from our great sport and are no longer with us. Our feet are connected to the ocean and sand.

Surrounding the central artwork is a man and woman, these are the athletes who together with the boomerangs show our fighting spirit, hunger for success and resilience. Lastly, the turtles are symbolic of our connection and deep respect for the ocean. 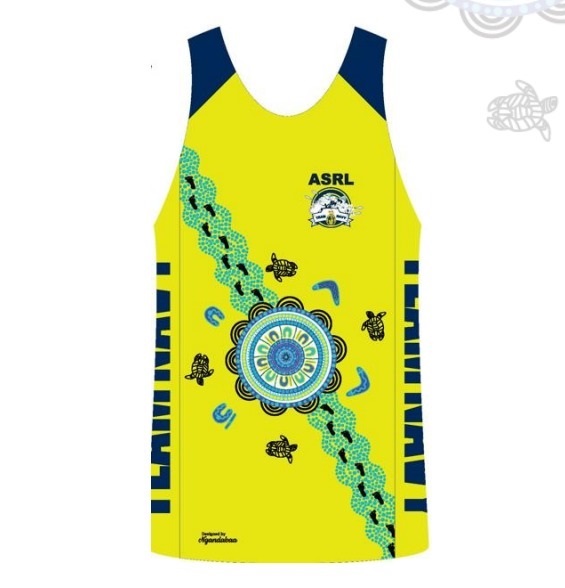 All surf lifesavers and officials that participate in the sport of surf boat rowing will this season be taken on a journey of education and awareness of our indigenous heritage and culture.

More than two and a half thousand competitors and 200 Officials will wear this design across the nation from October through to April. In February 2022 we will come together for our main event the “ASRL Open” at the meeting place of Elouera Beach which also means “Beautiful Place” in the aboriginal language.

Tragically the death of Simon Nellist, who regularly swam at Sydney's Little Bay, who lost his life to a shark attack On Wednesday February 16th.

At about 4.45pm on 16 February, the SLSNSW State Operations Centre was advised by Police of a man missing after being observed by rock fishers in an encounter with a shark. SLS Duty Officers attended, along with Randwick Council lifeguards, SLS Sydney jetski and the Westpac Life Saver Rescue Helicopter.

Surf lifesavers were back on scene the next morning with two Surf Life Saving Sydney jetskis on the water and two UAVs in the air to assist Police and the Department of Primary Industries.

Randwick, Sutherland and Waverley Councils closed beaches for 24 hours after the incident occurred.

“This is a terrible tragedy and our thoughts are with the man’s family and friends,” said SLSNSW President George Shales.

“While these incidents are extremely rare, it is still shocking to comprehend and I want to thank our volunteers who responded to assist Police.”

This was the first fatal shark incident in Sydney in almost 60 years.

Following the incident at Little Bay on Wednesday afternoon, the ASRL were instructed to suspend the carnival in line with Sutherland Shire Council beach closures. There was no racing at the ASRL Open on Thursday 17 February at Elouera.

During the evening the ASRL recognised three members and the host club for their continuous service and dedication to all aspects of the ASRL Open. 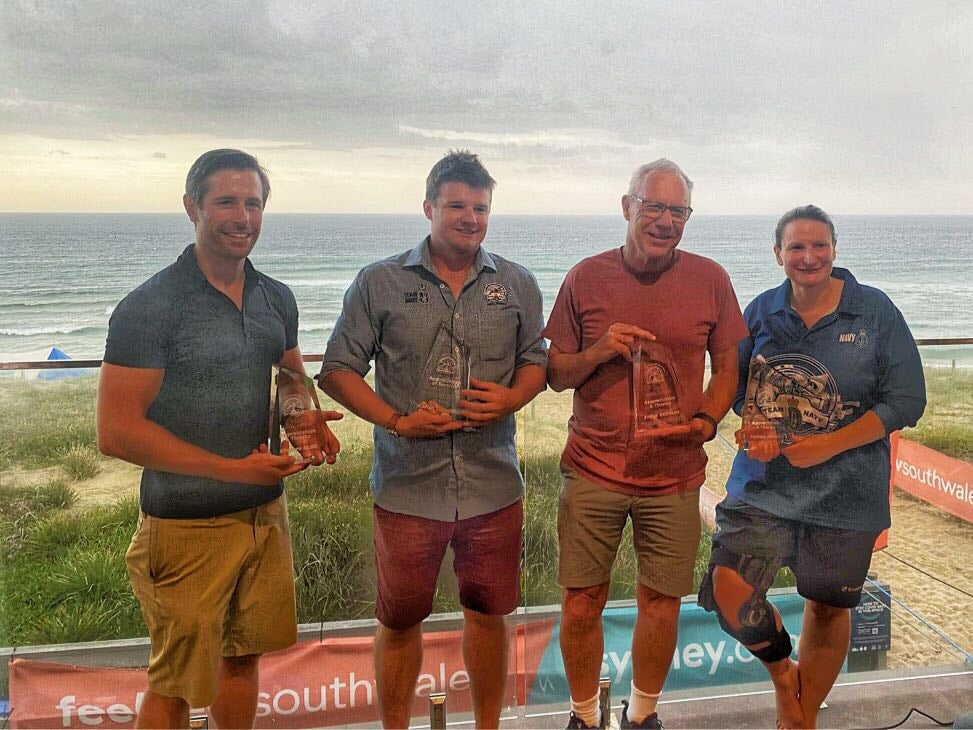 This is the third time Elouera SLSC has hosted this event in five years.

On Friday the Welcome to Country and Smoking Ceremony was the key highlight of day 1 at ASRL Open.

Auntie Deanna Schreiber spoke about the boats coming back into shore reminded her of her ancestors bringing in the fish. She thanked the lifesavers for their service in looking after others. Dean Kelly's Smoking Ceremony introduced a calm reverence appreciated by those present. 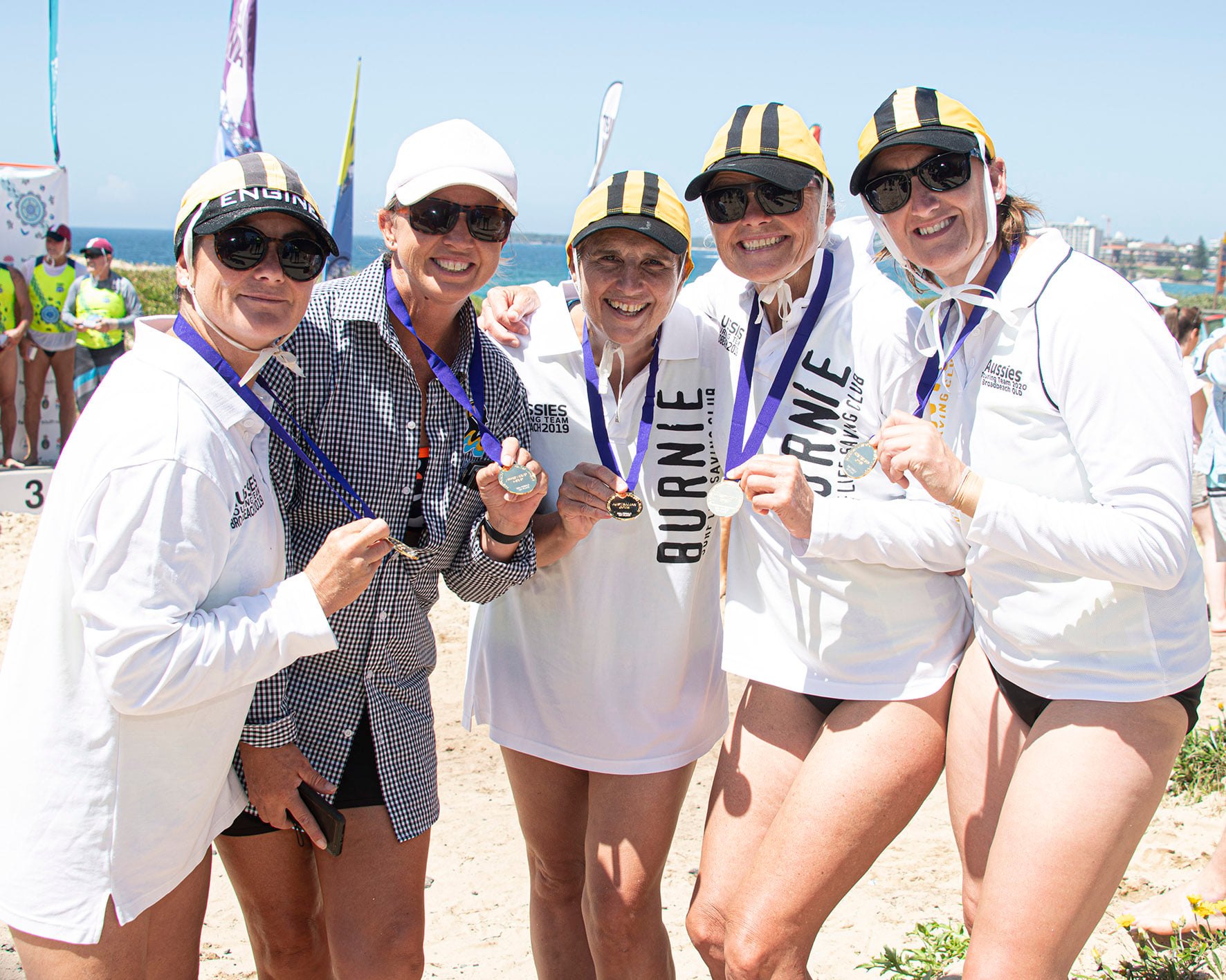 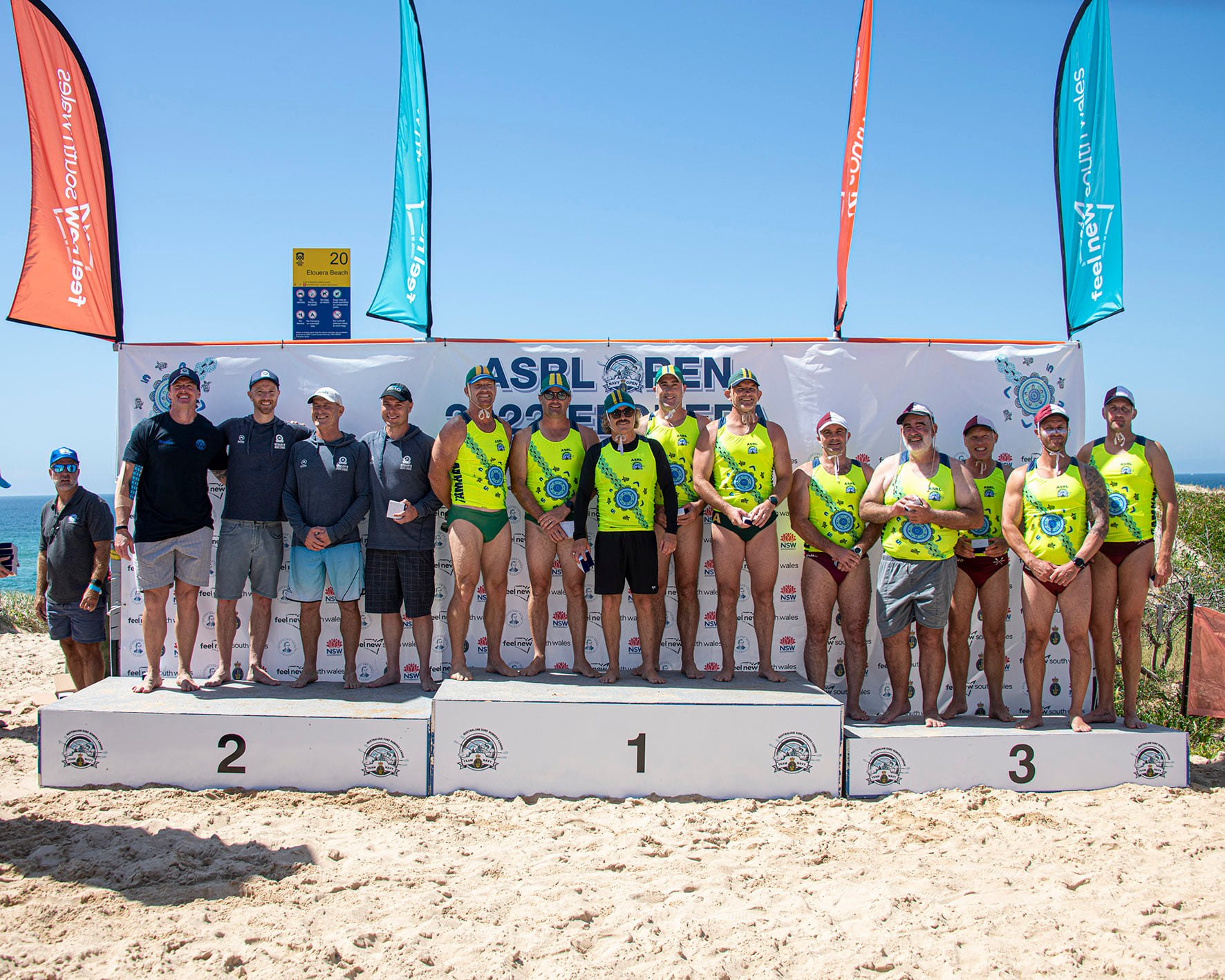 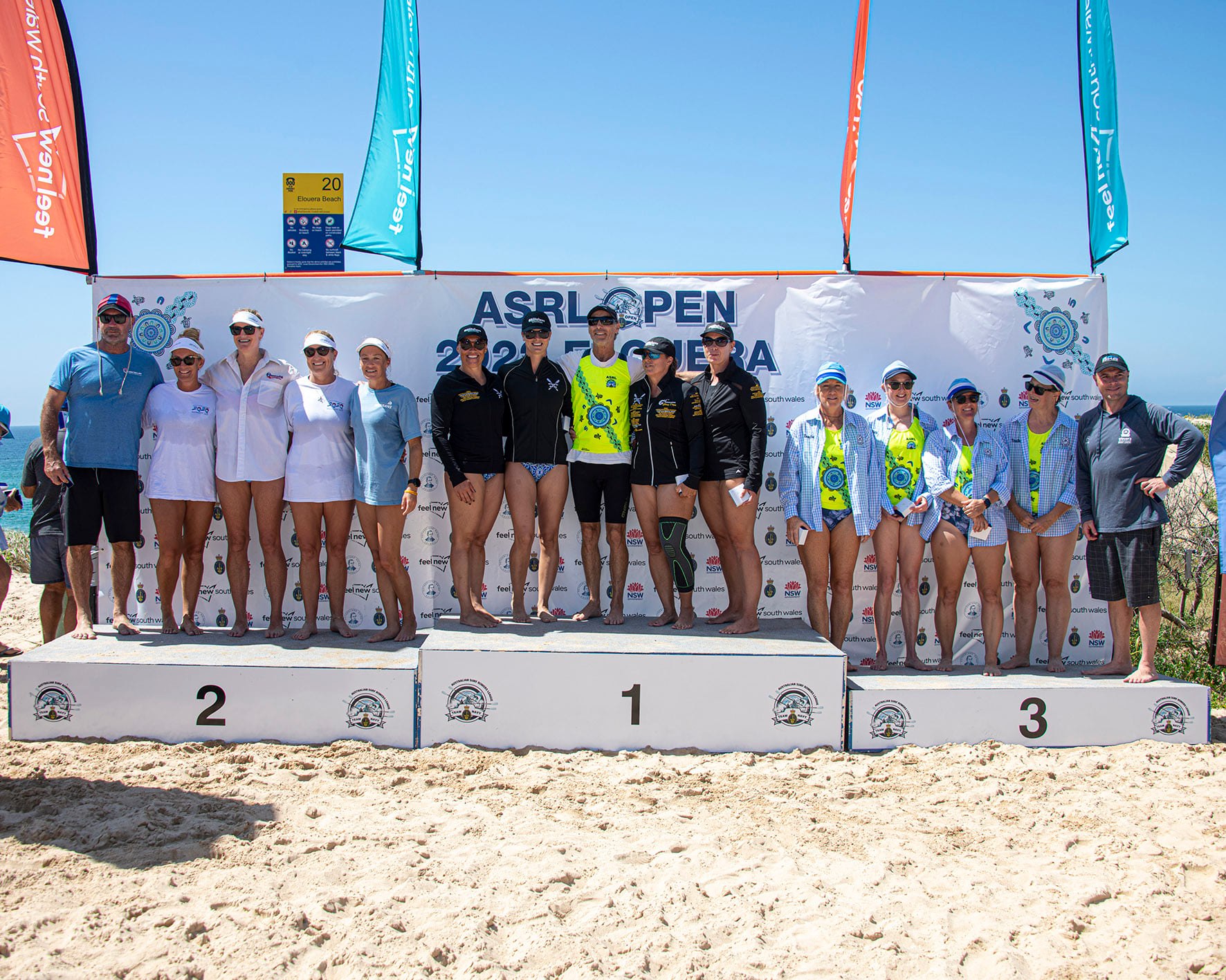 Friday also saw the running of the 2022 Interstates competition and NSW retain the trophy with an exciting finish played out in the All Age Relay that came down to the last wave. The results are: 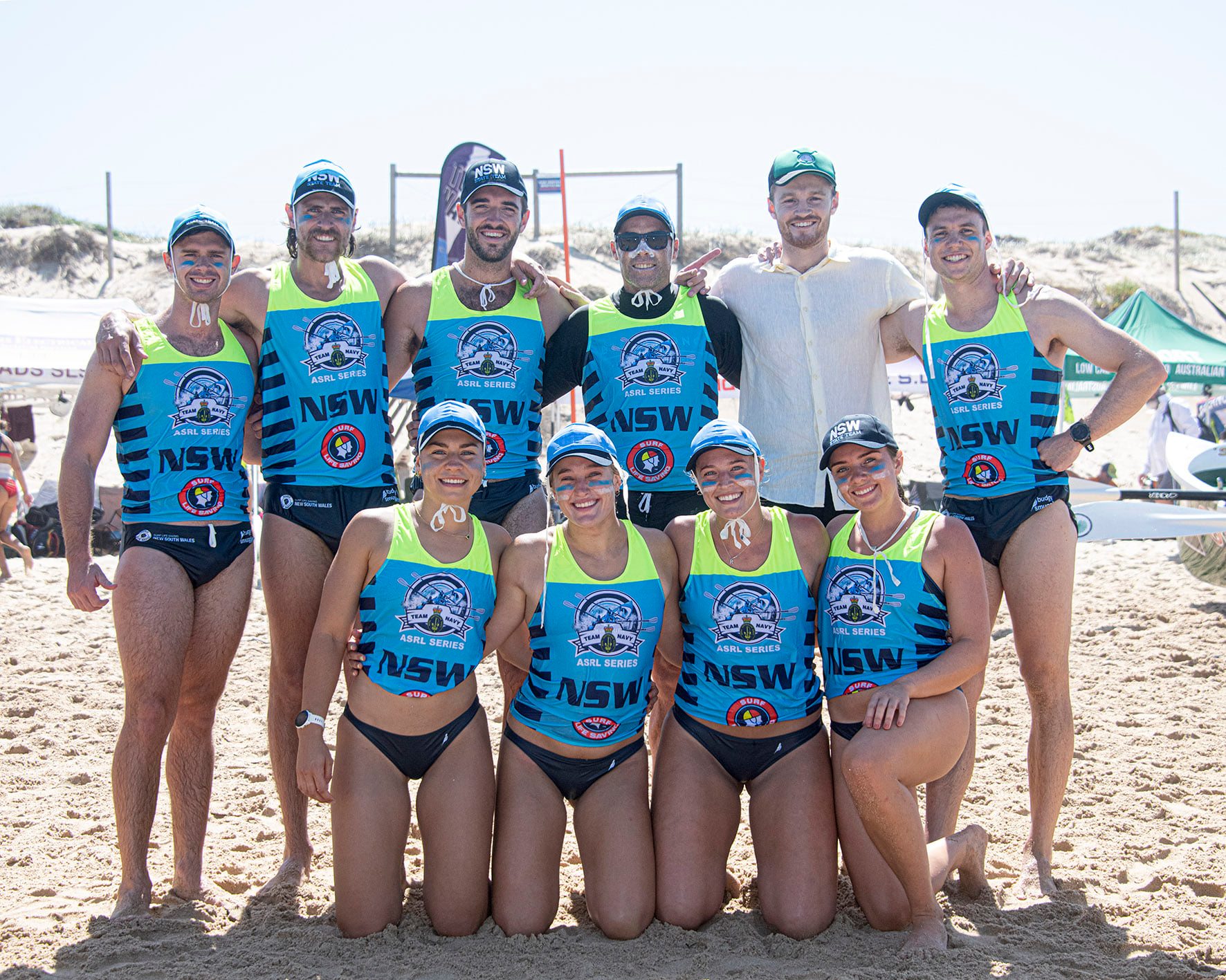 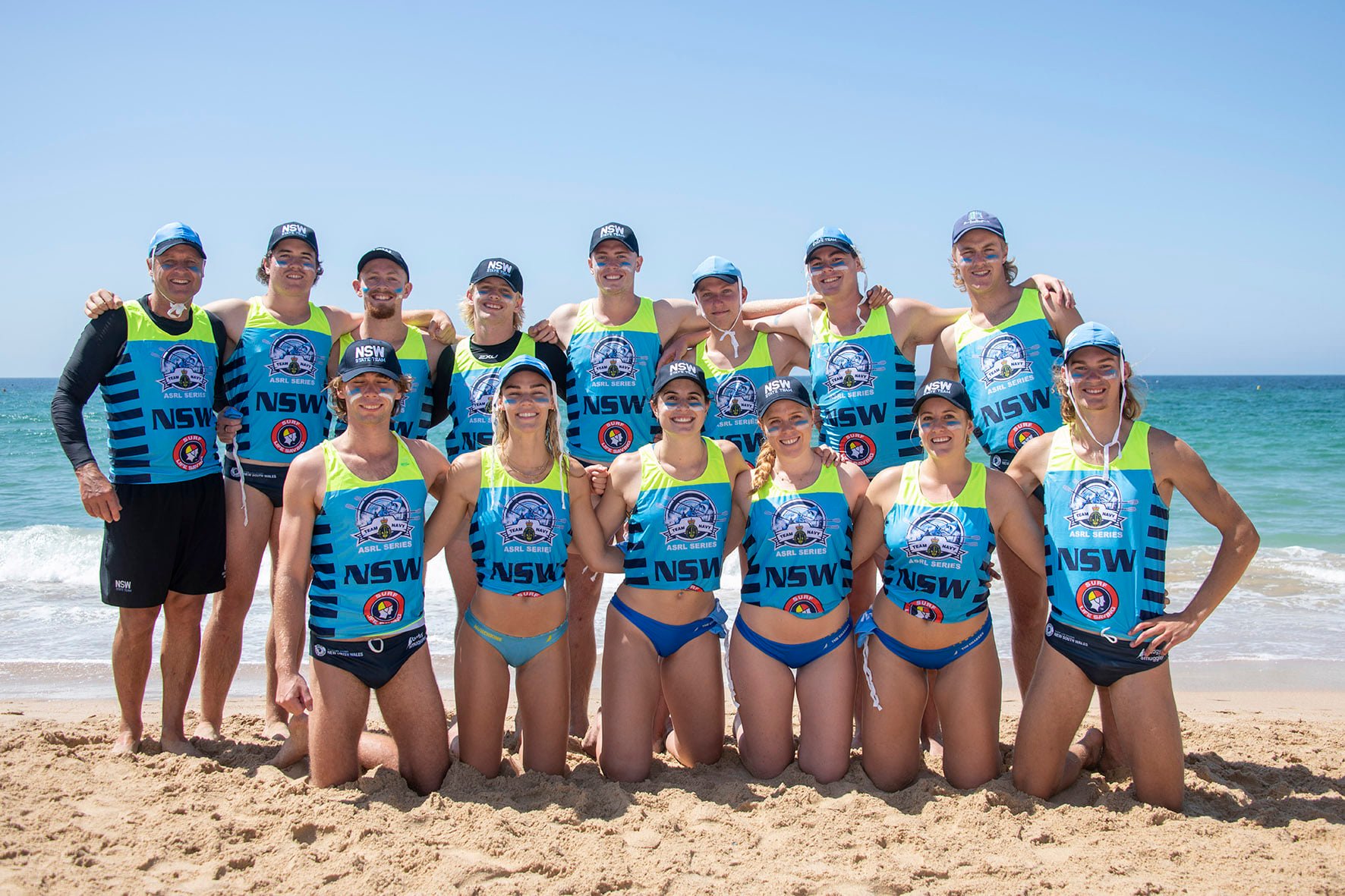 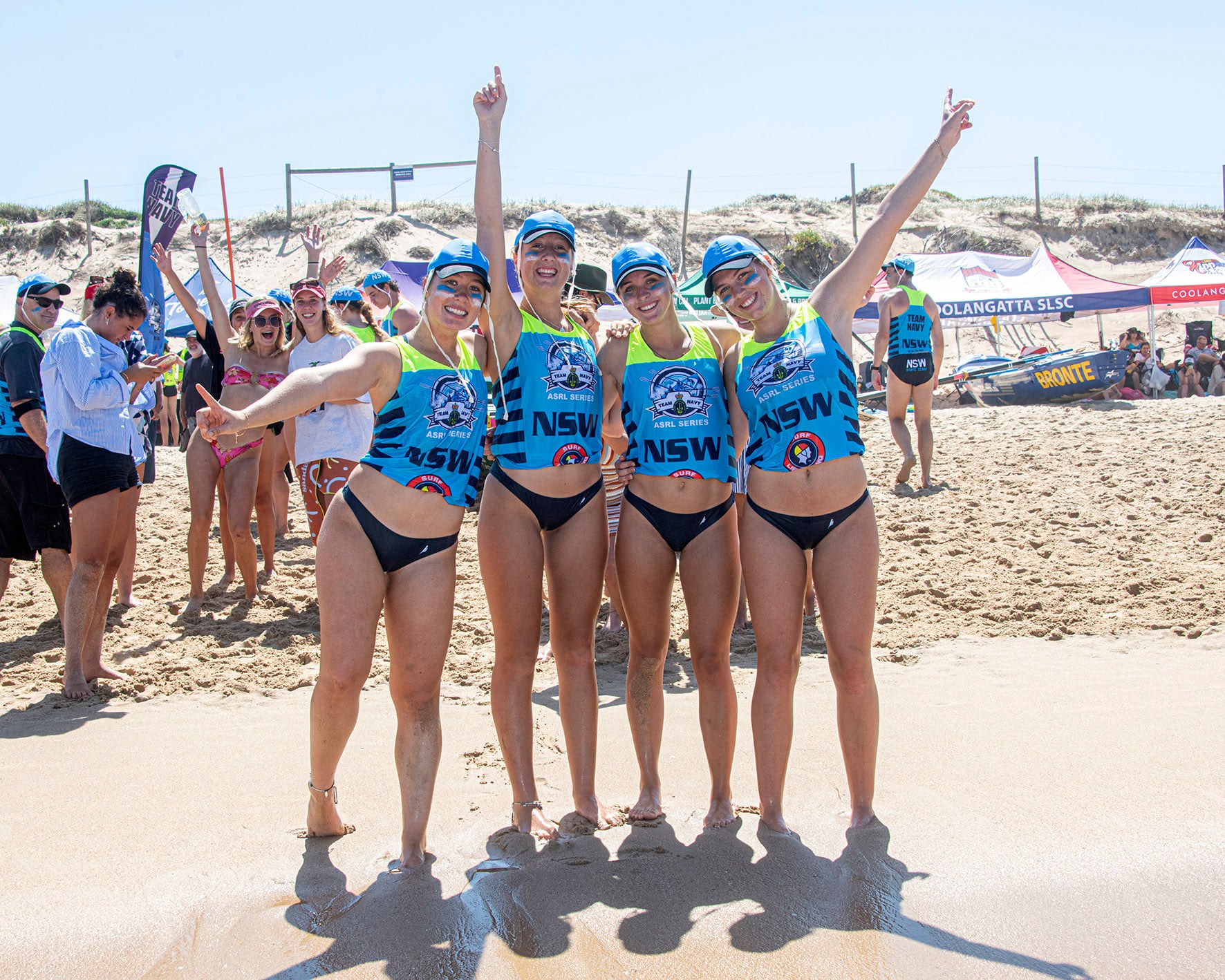 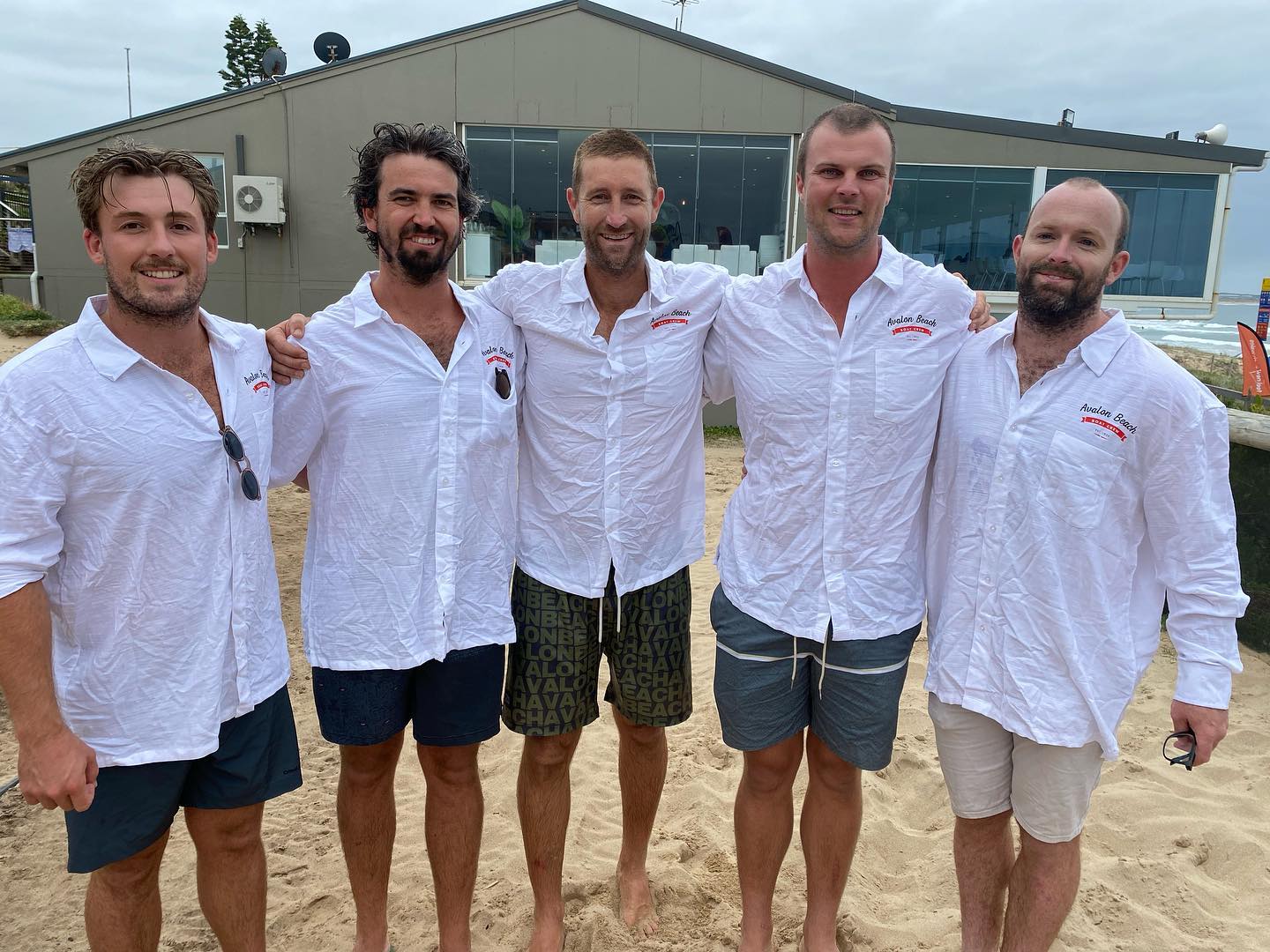 Presentations are made immediately following completion of racing. 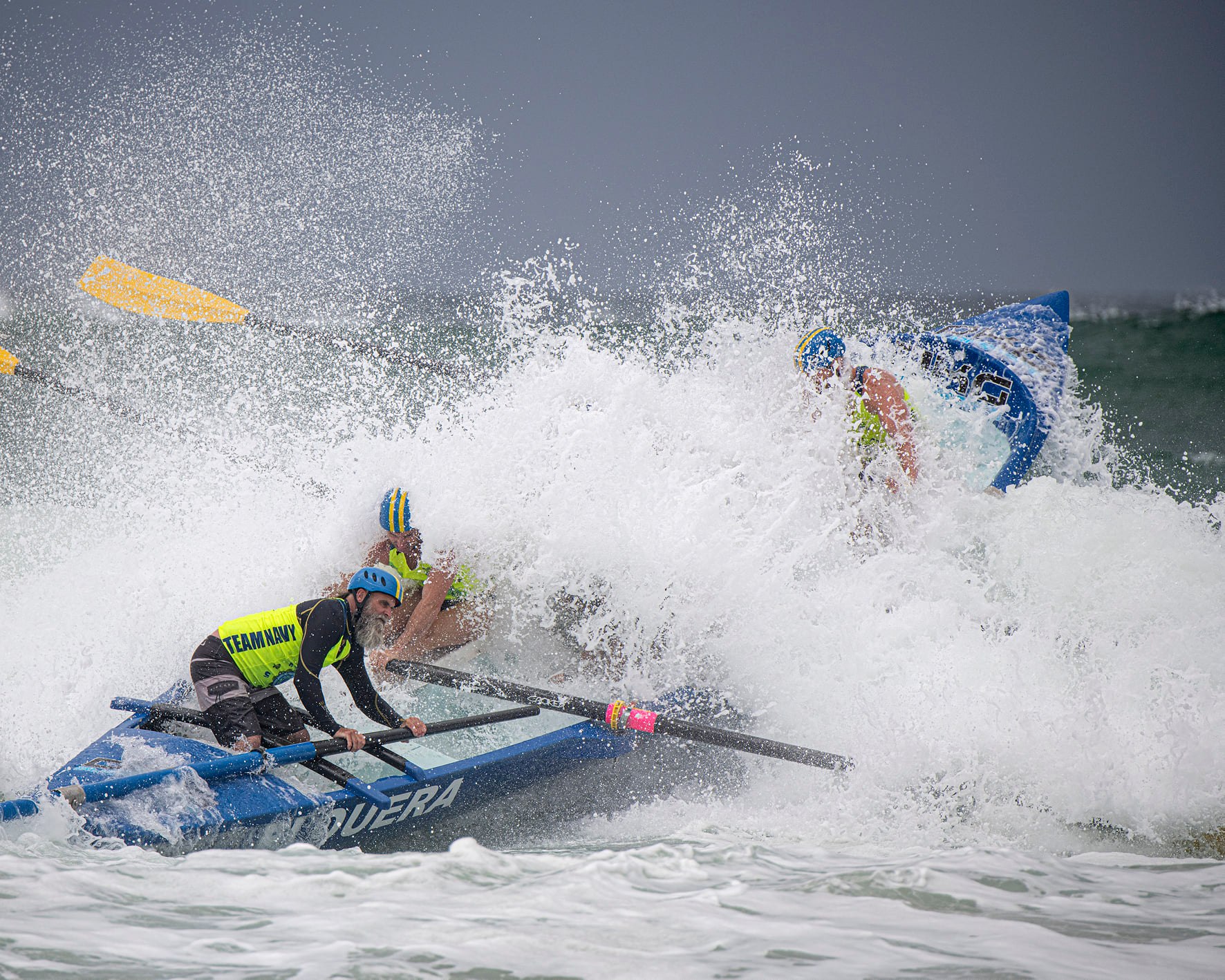 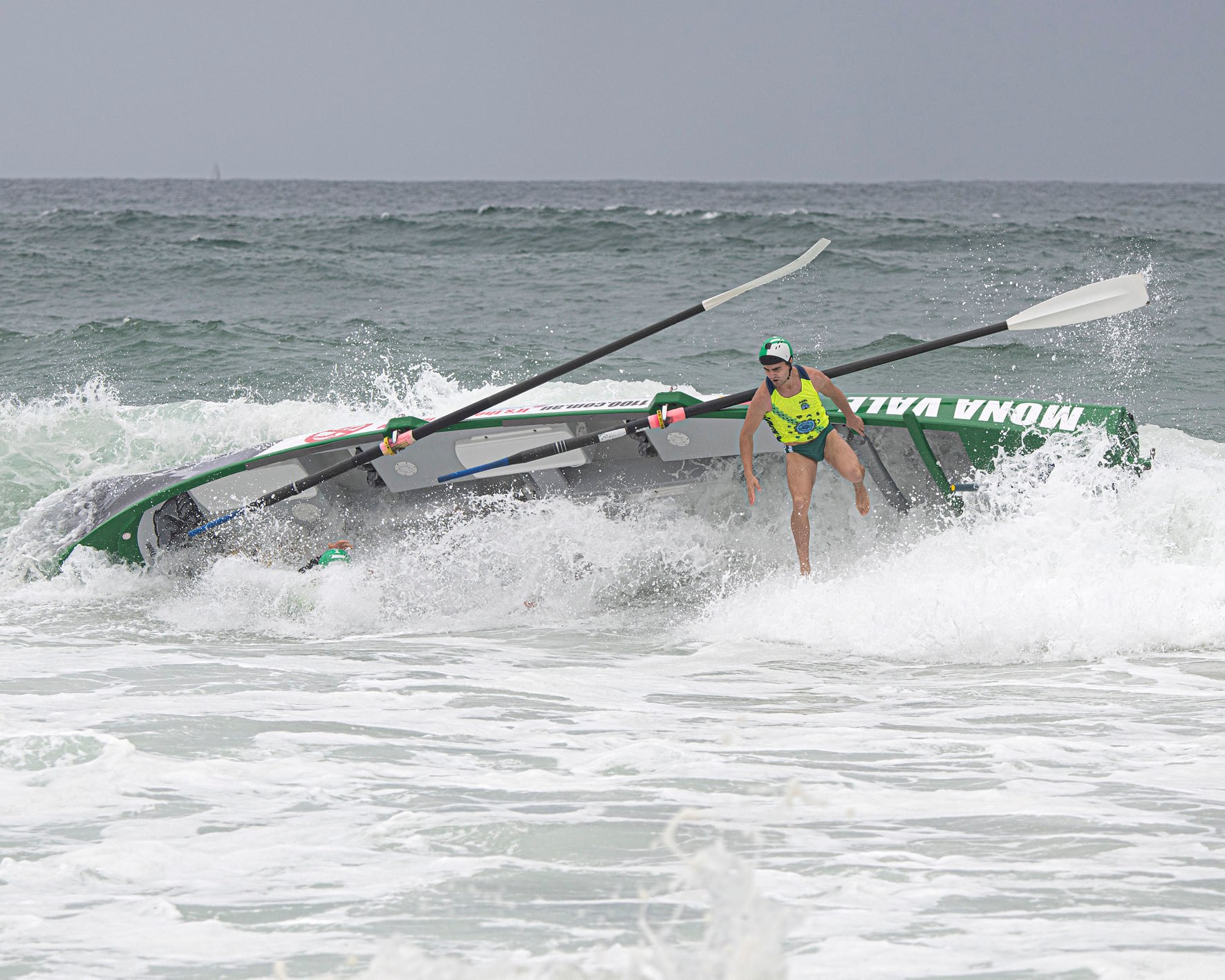 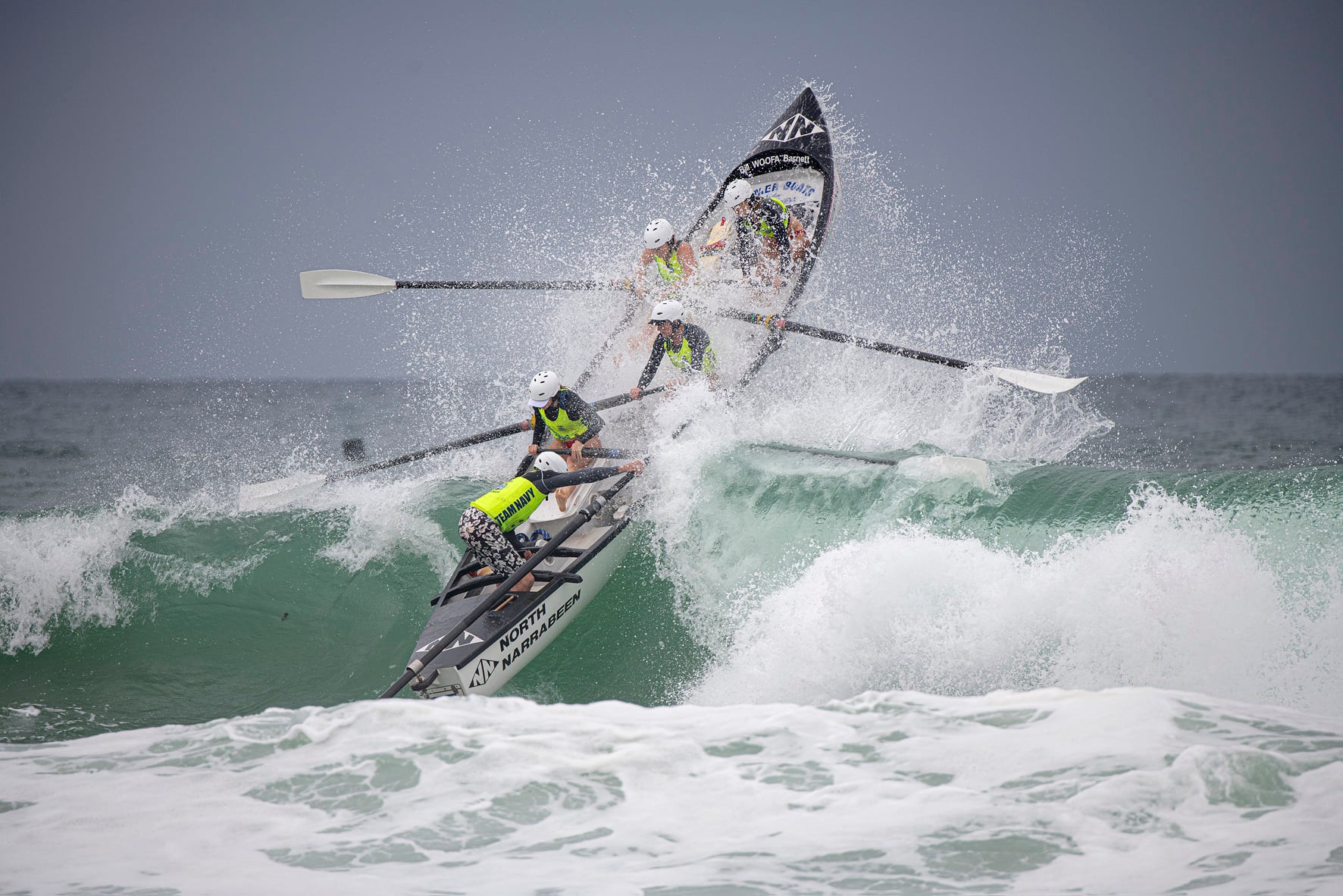 The NSW Boaties will then have a break before the NSW State Championships Surf Boat events commence on Friday March 11 and run through Sunday March 13th at Queenscliff SLSC and North Steyne SLSC.

Over 21,000 competitors, spectators and volunteer officials will descend on our area when the 2022 NSW Surf Life Saving Championships, proudly supported by Your local club, returns to metropolitan Sydney after five years based at Lake Macquarie.

Taking place from February 24th through to March 13th, the biggest event on the NSW surf sports calendar will see members from clubs across the state compete over an extended 12 days of fierce competition.

Queenscliff, North Steyne and Freshwater SLSCs will play host to what promises to be the biggest and best surf competition in years, starting with Junior Championships and moving through Lifesaving, Masters and Open Championships before closing with the always spectacular surf boat competition.

With State titles on the line, competitors aged 8 to 70-plus will contest the full range of events, from swim, ski, board and ironperson racing, through to beach sprints, flags, relays and surfboats. Other events include the Champion Lifesaver, first aid and rescue/resuscitation competition and of course the colourful and spectacular club March Past. 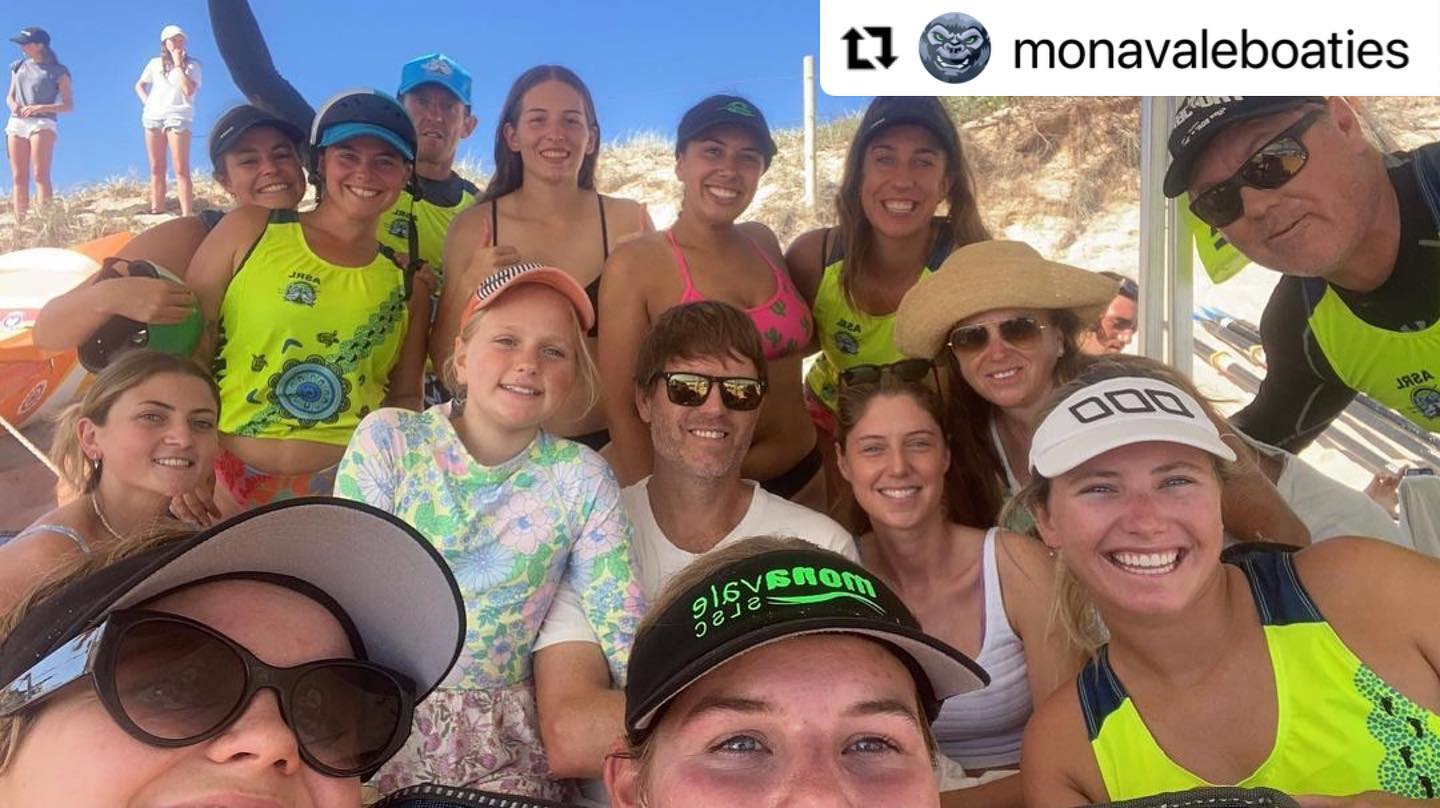