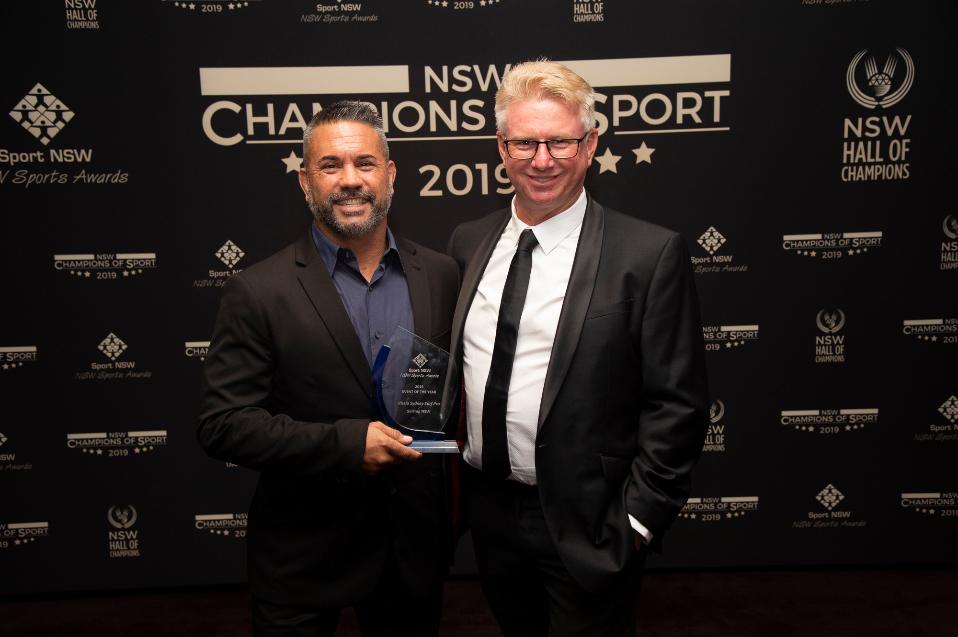 The 2019 Vissla Sydney Surf Pro has won the Event of The Year at the NSW Champions of Sports Ceremony overnight.

The World Surf League (WSL) Qualifying Series (QS) 6000 rated event was presented with the honour at a gala dinner and presentation at The Star on Monday, 18 November 2019.

The accolade comes less than a week after the announcement that the 2020 Sydney Surf Pro will be the first WSL Challenger Series event next March. 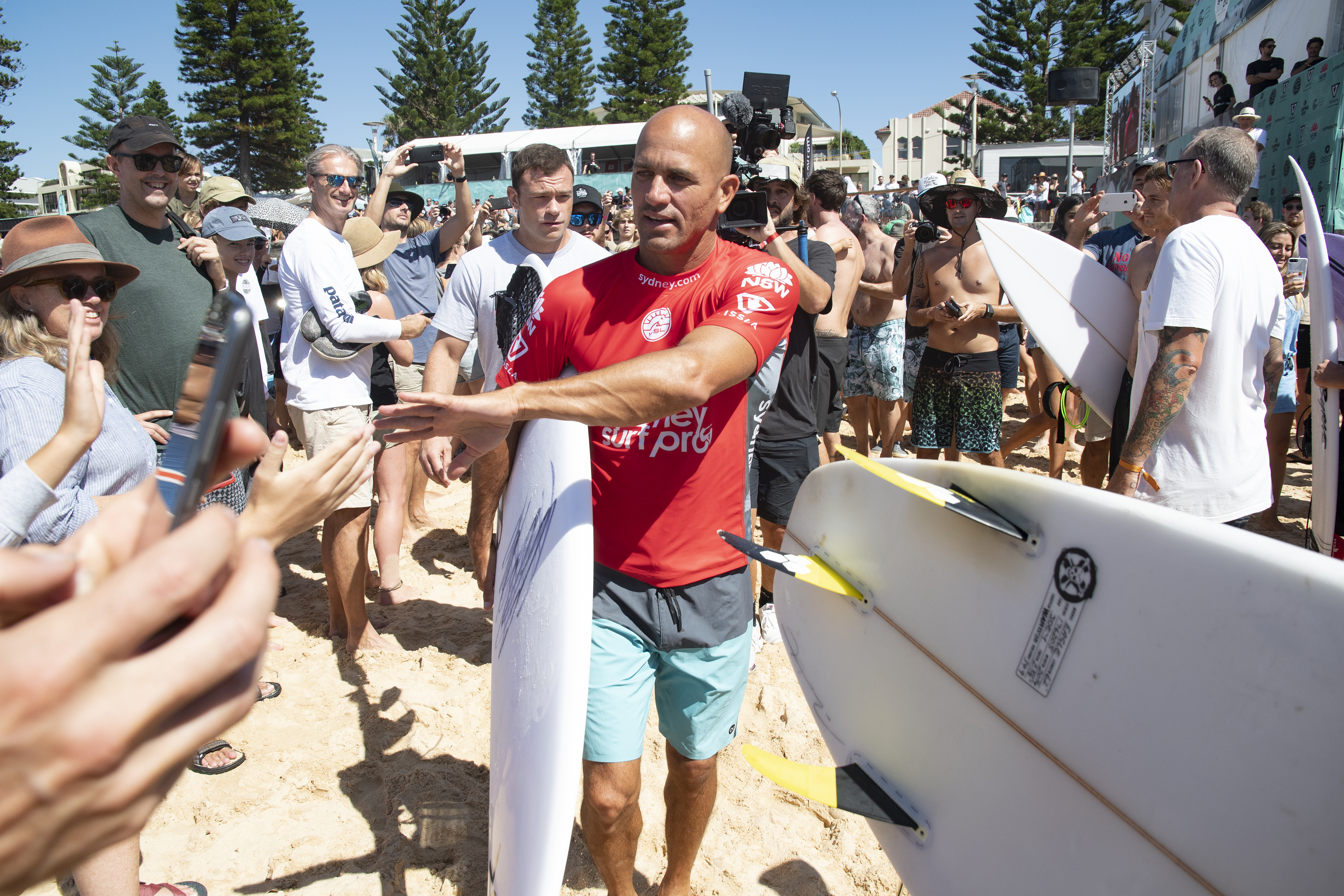 “We really appreciate the recognition afforded to the entire Surfing NSW team and thank all our partners, the Manly community and the NSW Government for enabling us to create one of the world’s best surfing events at the birthplace of our sport in Australia,” said Surfing NSW Chairman John O’Neill.

“A special thank you to our presenting partner Vissla, the World Surf League, Northern Beaches Council and the Member for Manly, James Griffin, without whose support the celebration of our sport’s innovation, creativity and the surf lifestyle would not have been possible.”

“I’m over the moon that Surfing NSW and WSL have won the Sports NSW Event of the Year award,” said Shimooka. “This gives a lot of recognition for our teams, who work long hard hours behind the scenes as well as during events to showcase the world’s best surfers in the heartland of surfing in NSW,” said Shimooka.

After working hard to establish the Vissla Sydney Surf Pro as one of NSW’s premier surfing events, Surfing NSW CEO Luke Madden is looking forward to seeing the event take shape as a Challenger Series event.

“We are looking forward to working with WSL on the upgraded Challenger Series event in Manly,” said Madden. “Enabling 10,000 points for men and women is great for NSW and Australian surfers. It’s fantastic to have our NSW juniors and boardrider clubs see the best surfers in the world in their backyard and finish our road trip of WSL QS events with a Challenger Series event in Manly.”

The 2020 Sydney Surf Pro will be the biggest professional surfing event to run in New South Wales with over 200 of the world’s best men’s and women’s surfers competing at Manly from March 8-14, 2020. 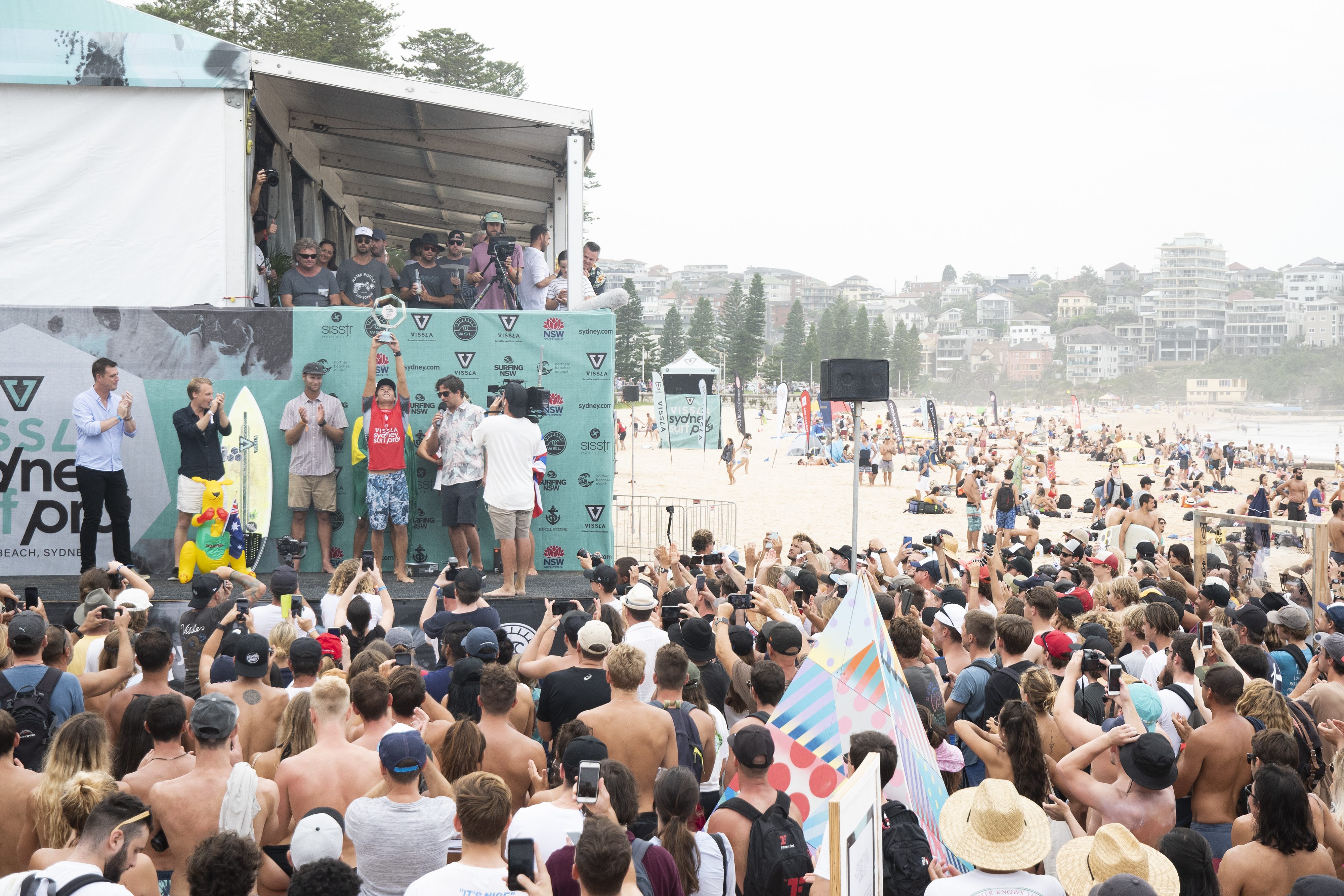 Champion cricket all-rounder Ellyse Perry cracked the Athlete of the Year title on her third attempt, while Lauren Parker clinched back-to-back Athlete of the Year with a Disability crowns at the NSW Champions of Sport Ceremony at The Star Sydney tonight.

Perry, an Athlete of the Year finalist in 2017 and 2018, polled strongly to end the two year reign of Olympic paddler Jessica Fox.

Currently ranked by the International Cricket Council as the number one all-rounder, number two batter and number four bowler in the world, Perry became the first player in history, man or woman, to score 1,000 Twenty20 International runs and claim 100 International Twenty20 wickets.

Perry dominated Australia's successful Ashes Series in England with bat and ball across all three playing formats, winning four Player of the Match awards. She scored a total of 378 runs at an average of 94.5 and claimed 7-22 in a One Day International, the best figures by an Australian woman in that format.

At a domestic level, Perry smashed the record for most runs in a Women's Big Bash League season scoring 777 runs while leading the Sydney Sixers to a fourth successive League Final. She also starred for the NSW Breakers when claiming the Women's National League title.

Acting NSW Minister for Sport, Geoff Lee, paid tribute to the performances of Perry and Parker over the past 12 months.

“Ellyse and Lauren were outstanding at a domestic and international level and their fearless pursuit of victory is just one of the reasons they are rated the best in the world at their sports,” said Mr Lee.

“Performing at the highest level takes extreme dedication but it is the example you set to those around you that is what really stands out. Ellyse and Lauren will continue to inspire young women dreaming of becoming the best in the world.”

Elsewhere, the Football NSW Cerebral Palsy team won a second successive Team of the Year with a Disability, while the NSW Swifts was named Team of the Year after defying the odds to capture the 2019 Super Netball Grand Final – their first competition victory since 2008.

The great Richie Benaud OBE has been officially recognised as a legend of NSW Sport – elevated to Legend in the NSW Hall of Champions. Benaud becomes the 22nd NSW athlete and the fourth cricketer to be elevated.

The dinner also saw former Test cricketer Glenn McGrath announced as the third recipient of The Waratah. The Award recognises an individual’s leadership in sport, their passion for NSW sport and their desire to achieve broader community outcomes. The previous two winners have been Laurie Daley (Rugby League) and Liz Ellis (Netball).

Sport NSW Chairperson, Carolyn Campbell, congratulated all award winners saying, “The quality of our category finalists was a credit to sport at all levels in NSW. Each of our winners have excelled with sustained performances over the past 12 months and are a credit to their sports.”

Athlete of the Year with a Disability Lauren Parker  Paratriathlon

Masters Athlete of the Year  Geoff Stoker, and  Cycling

The Waratah Glenn McGrath AM