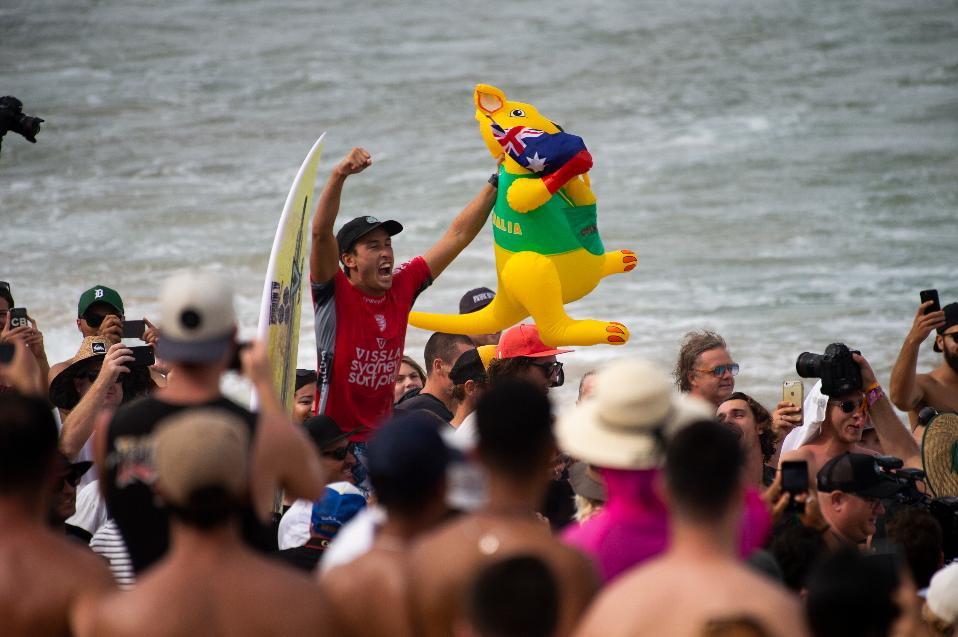 Manly will host the World Surf League’s newest event – the Sydney Surf Pro – over the next three years.

The NSW Government, through its tourism and major events agency Destination NSW, has secured the event exclusively for Sydney as part of the new global WSL Challenger Series.

The WSL Sydney Surf Pro will include men’s and women’s events and is locked in for Manly from 2020 to 2022, with the first event to take place between 8-14 March next year.

“I made a commitment that not only would we retain a pro surfing event, but would grow it to ensure Manly had a diverse calendar of events that locals are proud of and we showcase our beautiful part of the world. This announcement delivers on that commitment.

“Where better to kick off the WSL Challenger Series than in the hub of surf culture that is Manly?”

“The WSL Sydney Surf Pro will be the first event of the Challenger Series, so fans and athletes worldwide will be sizing up the competition as the action unfolds at Manly,” Minister Ayres said.

“We expect that over the next three years the Sydney Surf Pro will deliver $3.7 million in visitor spend for NSW from more than 4,000 visitors and over 25,000 visitor nights.

“NSW is loved by surfers and travelers alike for our unforgettable coastline, world-class hospitality and the State’s incomparable calendar of sport, art, culture and lifestyle events.”

The WSL Challenger Series, announced in September, is a new level of competition that provides athletes with more opportunities at the highest level to qualify for the elite Championship Tour.

WSL Asia Pacific General Manager Andrew Stark is thrilled that one of Australia’s most iconic beaches will be a part of this exciting new series.

“Manly has such a rich history in Australian and International surfing. Holding the inaugural WSL Challenger Series event here will continue this lineage of historical surfing moments which WSL is really excited about.

“We’re thrilled that Destination NSW have come on board to ensure Australia will have a stop on the newly announced WSL Challenger Series. We look forward to returning to Manly and delivering a fantastic and truly international event in Sydney.”