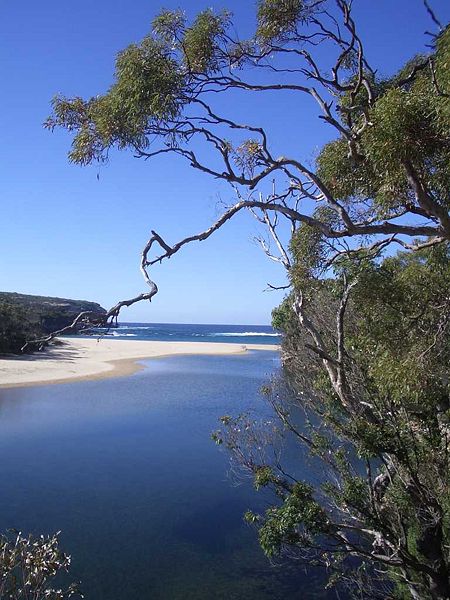 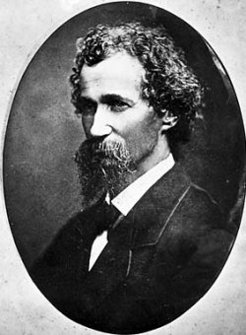 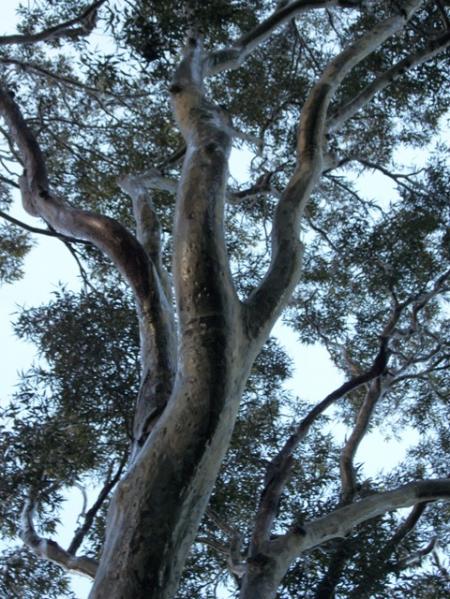 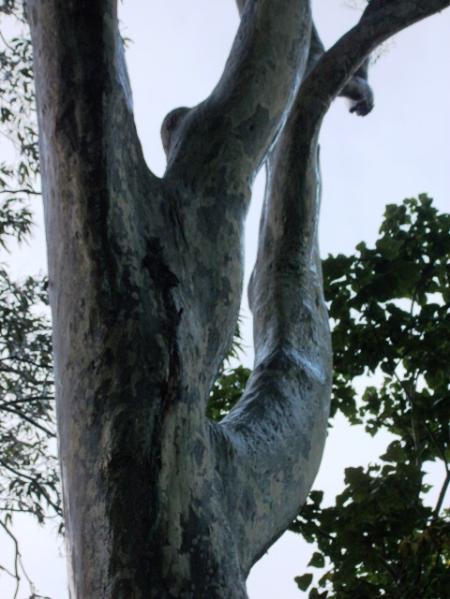 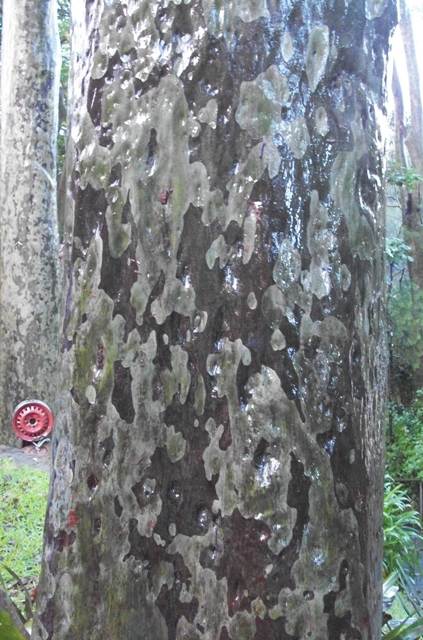 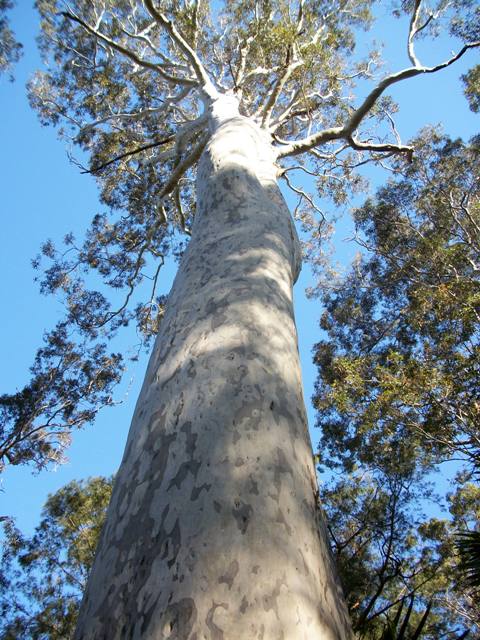 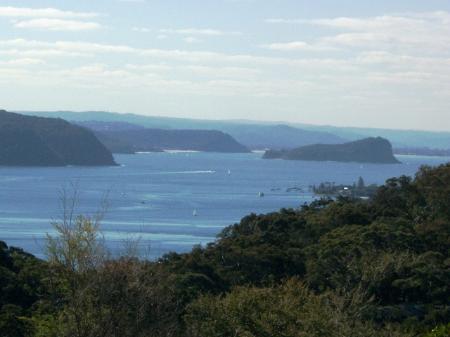 State Parks versus National Parks – their definitions and evolution in N.S.W

‘Forests NSW is a public trading enterprise within NSW Department of Industry and Investment. We sustainably manage more than 2 million hectares of native and planted forests for a wide range of economic, environmental and social values to internationally recognised standards.

As the largest manager of native and plantation forests in NSW, Forests NSW is a major force in the state's timber industry which contributes nearly $1 billion to the NSW economy each year.’ From; http://www.dpi.nsw.gov.au/forests/about-forests-nsw

This $1 billion translated in their 2010-11 Facts and Figures Report to generating a $34 million profit, $10million of which went to pay off debt and accrued interest and $14million to be distributed to the NSW Treasury. Retrieved From; http://www.dpi.nsw.gov.au/__data/assets/pdf_file/0008/423458/Facts-and-Figures-2010-11.pdf

Where did it begin though; In 1788 the whole of the east coast of Australia was declared ‘Crown Land’ with all trees here seen as ship building material for the British Navy.  The first gesture towards the opposition of our European inherited dictum of ‘clearing land’, which all settlers had to undertake in order to hold on to their land grants under the terms of ‘improvement’, appeared via Governor Hunter in 1795. Concerned about the wastage of cedar in particular, recorded as being seen first on the banks of the Hawkesbury River, he made a regulation that the 'King's Mark' be put on all timber on crown land, and tree felling offenders prosecuted.

Succeeding Governors King, Hunter and Macquarie developed licences and fees due. The Forestry Conservancy was established as part of the Occupation of Lands Branch under the Secretary for Lands in 1876. Poet Henry Kendall was appointed in 1881 as one of its first Inspectors. After 1890 the Department of Forestry was established but drifted between the Mines and Agriculture Departments and had a staff of ten to implement which trees of a certain girth could be felled. In 1909 an Act to establish a Forestry Department, distinct from the Department of Lands, was passed with R. Dalrymple-Hay as Director General, but Forestry remained a tiny department under Agriculture, and finances allocated were meagre. The common belief remained that 'most of the eucalypt forests regenerated naturally and the more heavily they are logged and disturbed the better they regenerate’.

In 1916 The Forestry Act was introduced. It was stated in the Act that the chief objective of the Commission was that it :

Should conserve and utilise the timber on Crown Lands to the best advantage of the State...and provide adequate supplies of timber from Crown-timber lands for building, commercial, industrial, agricultural, mining, and domestic purposes'

After WWI the Forestry Department began to see itself in terms of a conservancy agency as much as a revenue-collecting department. Of note from Forestry Act 1916 No 55

(3)  It shall not be lawful for the commission to exchange, sell, mortgage or otherwise dispose of any real property vested in it, unless in accordance with the express provisions of this Act, or when no express provision is made, unless with the approval of the Governor. At; http://www.legislation.nsw.gov.au/xref/inforce/?xref=Type%3Dact%20AND%20Year%3D1916%20AND%20no%3D55&nohits=y

The first reserved area in NSW was the Jenolan Caves in 1866. Truer conservation in NSW saw National Parks being established, the first in 1874 when the Royal National Park was dedicated south of Sydney. Created as a people’s park, it was the second National Park to be established in the world (after Yellowstone. USA). The name was changed in 1955 after a visit by Queen Elizabeth II to the area. The second National Park established in NSW was Ku-ring-gai Chase National Park in 1894. The Bouddi Peninsula was visited by former Palm Beach lady Marie Byles in 1922 and she, in persuading the then new Federation of Bushwalking Clubs to recommend this land be placed as a Reserve to the NSW Department of Lands, eventually succeeded and in July 1935 650 hectares were set aside to become the Bouddi Natural Park which was renamed the Bouddi State Park at the second meeting of the Trustees (Bouddi = ‘heart’ in local indigenous language). When in 1972, the Bouddi  State Park was converted to become the Bouddi National Park it also became the first national park to include a marine component.

New South Wales currently has 879 national parks and reserves which range from desert landscapes to ocean parks. Australia has over 500 National Parks which include 28 million hectares of land of Australia’s 7.692 million square kilometres landmass or around 4% of Australia. Comparatively, agricultural lands in Australia currently are estimated at 455 million hectares, or 56% of our landmass. Much of this is ascribed to the use of arid and semi-arid landscapes for livestock grazing inland.

Our National Parks in NSW are now part of the Office of Environment and Heritage(OEH), formed April 4th 2011. This office, in conjunction with the Environmental Protection  Authority (EPA) is responsible for the protection of our air, water and earth.

‘The Environment Protection Authority (EPA) and the Office of Environment and Heritage (OEH) work together with the NSW community to help protect the environment. EPA focuses on minimising pollution and any risks to human health associated with use of hazardous materials, pesticides and waste, and on improving water quality, reducing the impacts of waste, air emissions and noise and regulating our forest activities. OEH has a regulatory role in relation to biodiversity, Aboriginal cultural heritage, waters and rivers, wildlife management and native vegetation and continues to undertake active programs to contain and reduce soil degradation and invasive pests and weeds.’

Their role as conservers is stated as:

'The Office of Environment and Heritage (OEH) is responsible for protecting and conserving biodiversity in NSW. Over the past 200 years, the Australian environment has been modified dramatically: in NSW there are more than 1000 native species, populations and ecological communities listed as threatened with extinction. OEH works with the other government agencies and the community to protect and reinvigorate our threatened species.’

The bottom line is if it’s a ‘State Park’ then it is, by definition, open for exploitation by tree harvesters, miners and the like. Their impact on the environments they occupy, including the total destruction of, and pollution in some cases of the areas adjoining the parks they have been let into, must be opposed by those who do not want this to occur; the citizens. If it’s a ‘State Park’ the legislation may be repealed regarding that portion of land to shift it into being redefined, sometimes as ‘reserve’. If you want to see it conserved you will have to speak up and let those you voted in know as they, under the Act, are keeping them ‘sustainable’ not ‘conserved’. To exclude your voice is to enable extinction to take place. Australia is fundamentally inclusive, not exclusive; those who consider themselves exclusive often exclusive-ify themselves into extinction, it’s inferred in the word itself. Let that not be our or our environment’s inheritance.

Forestry Act 1916 No 55. Current version for 17 July 2009 to date. An Act to consolidate and amend the law relating to forestry; to provide for the dedication, reservation, control, and use of State forests, timber reserves, and Crown lands for forestry and other purposes; to appoint a commission to administer the Act, with power to sell and convert timber and products, and to purchase and sell animals to be depastured on State forests and timber reserves; to repeal the Forestry Act 1909; to amend the Acts relating to Crown lands, and certain other Acts; and for purposes consequent thereon or incidental thereto.
Retrieved from: http://www.legislation.nsw.gov.au/xref/inforce/?xref=Type%3Dact%20AND%20Year%3D1916%20AND%20no%3D55&nohits=y

National Parks and Wildlife Act 1974. An Act to consolidate and amend the law relating to the establishment, preservation and management of national parks, historic sites and certain other areas and the protection of certain fauna, native plants and Aboriginal objects; to repeal the Wild Flowers and Native Plants Protection Act 1927 , the Fauna Protection Act 1948 , the National Parks and Wildlife Act 1967 and certain other enactments; to amend the Local Government Act 1919 and certain other Acts in certain respects; and for purposes connected therewith. Retrieved from: http://www.austlii.edu.au/au/legis/nsw/consol_act/npawa1974247/

National Parks Association of NSW is a non-government conservation group that seeks to protect, connect and restore the integrity and diversity of natural systems in NSW and beyond, through national parks, marine sanctuaries and other means. More at: http://www.npansw.org.au/index.php/about-us-parentmenu-406.html

Office of Environment and Heritage Act Summaries. The Office of Environment and Heritage (OEH) is a separate office within the NSW Department of Premier and Cabinet. OEH was formed on 4 April 2011 and works to protect and conserve the NSW environment, including the natural environment, Aboriginal country, culture and heritage and our built heritage, and manages NSW national parks and reserves. The Environment Protection Authority (EPA) became a separate statutory authority on 29 February 2012. The EPA is responsible for environmental regulation and associated activities throughout NSW.: http://www.environment.nsw.gov.au/legislation/deccactsummaries.htm 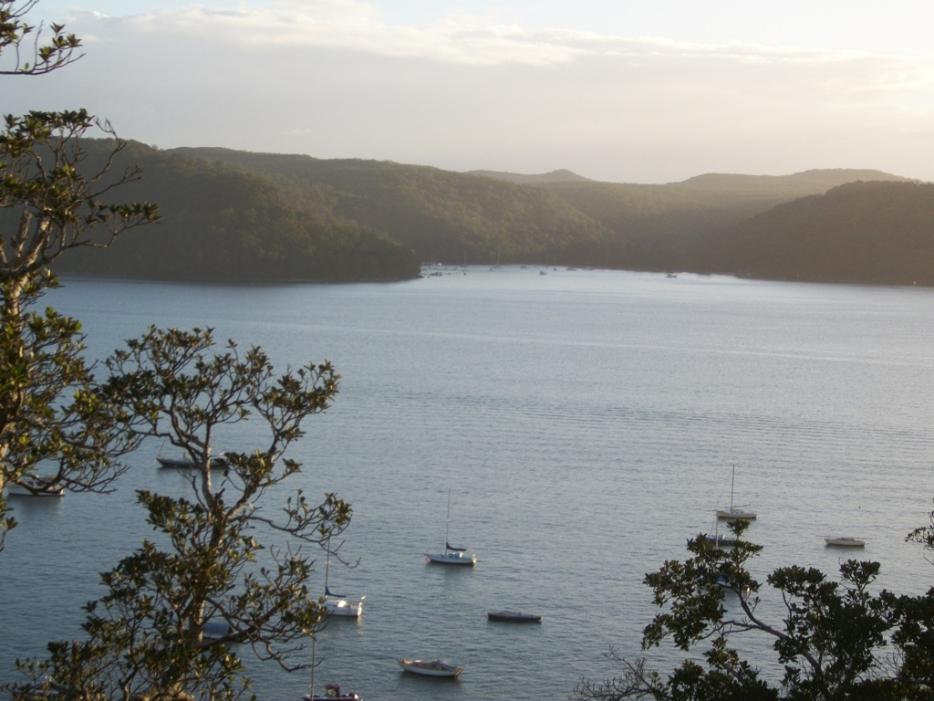