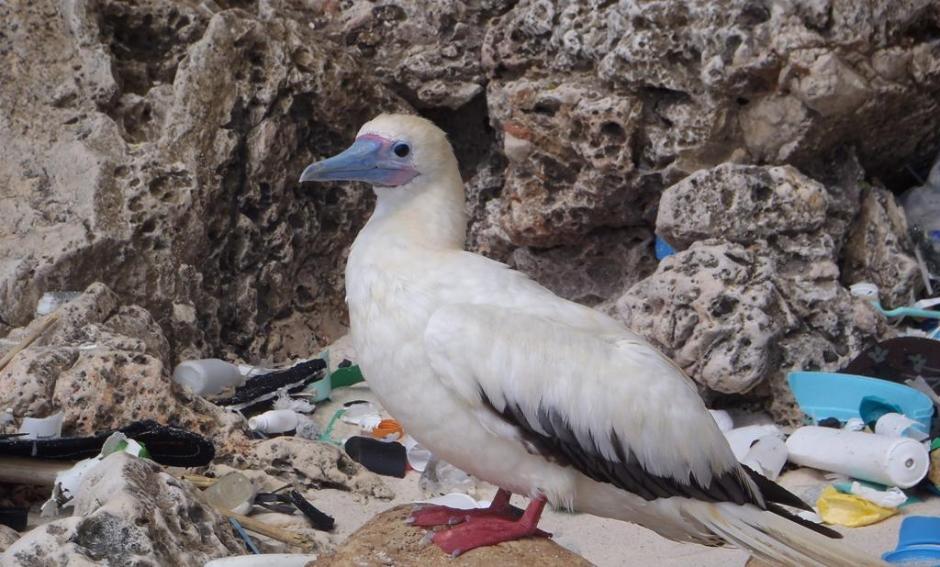 Plastic in seabirds by 2050: New Study assesses 99 per cent of the world’s seabirds to eat plastic by 2050

Researchers from CSIRO and Imperial College London have assessed how widespread the threat of plastic is for the world’s seabirds, including albatrosses, shearwaters and penguins, and found the majority of seabird species have plastic in their gut.

The study, led by Dr Chris Wilcox with co-authors Dr Denise Hardesty and Dr Erik van Sebille and published in the journal PNAS, found that nearly 60 per cent of all seabird species have plastic in their gut.

Based on analysis of published studies since the early 1960s, the researchers found that plastic is increasingly common in seabird’s stomachs. In 1960, plastic was found in the stomach of less than 5 per cent of seabirds, rising to 80 per cent by 2010. The researchers predict that plastic ingestion will affect 99 per cent of the world’s seabird species by 2050, based on current trends.

The scientists estimate that 90 per cent of all sea birds alive today have eaten plastic of some kind. This includes bags, bottle caps, and plastic fibres from synthetic clothes, which have washed out into the ocean from urban rivers, sewers and waste deposits. Birds mistake the brightly coloured items for food, or swallow them by accident, and this causes gut impaction, weight loss and sometimes even death.

“For the first time, we have a global prediction of how wide-reaching plastic impacts may be on marine species – and the results are striking,” says Dr Wilcox, a senior research scientist at CSIRO Oceans and Atmosphere. “We predict, using historical observations, that 90 per cent of individual seabirds have eaten plastic. This is a huge amount and really points to the ubiquity of plastic pollution.

Dr Denise Hardesty from CSIRO Oceans and Atmosphere says seabirds are excellent indicators of ecosystem health. “Finding such widespread estimates of plastic in seabirds is borne out by some of the fieldwork we’ve carried out where I’ve found nearly 200 pieces of plastic in a single seabird,” she says.

The researchers found plastics will have the greatest impact on wildlife where they gather in the Southern Ocean, in a band around the southern edges of Australia, South Africa and South America.

Dr van Sebille, from the Grantham Institute at Imperial College London, says the plastics have the most devastating impact in the areas where there is the greatest diversity of species. “We are very concerned about species such as penguins and giant albatrosses, which live in these areas," Erik van Sebille says. “While the infamous garbage patches in the middle of the oceans have strikingly high densities of plastic, very few animals live here.”

Dr Hardesty adds there is still the opportunity to change the impact plastic has on seabirds. “Improving waste management can reduce the threat plastic is posing to marine wildlife,” she says. “Even simple measures can make a difference. Efforts to reduce plastics losses into the environment in Europe resulted in measureable changes in plastic in seabird stomachs with less than a decade, which suggests that improvements in basic waste management can reduce plastic in the environment in a really short time.”

“This is a highly important study that demonstrates just how pervasive plastics is in our oceans” said Dr George H. Leonard, Chief Scientist at the US-based Ocean Conservancy. “Hundreds of thousands of volunteers around the world come face-to-face with this problem during annual Coastal Cleanup events. Scientists, the private sector and global citizens working together against the growing onslaught of plastic pollution can reduce plastic inputs to help protect marine biodiversity.”

The work was carried out as part of a national marine debris project supported by CSIRO and Shell’s Social investment program as well as the marine debris working group at the National Center for Ecological Analysis and Synthesis, University of California, Santa Barbara, with support from Ocean Conservancy

Chris Wilcox, Erik Van Sebille, and Britta Denise Hardesty. Threat of plastic pollution to seabirds is global, pervasive, and increasing. PNAS, August 31, 2015 DOI: 10.1073/pnas.1502108112
_______________________________________
Abstract
Plastic pollution in the ocean is a global concern; concentrations reach 580,000 pieces per km2 and production is increasing exponentially. Although a large number of empirical studies provide emerging evidence of impacts to wildlife, there has been little systematic assessment of risk. We performed a spatial risk analysis using predicted debris distributions and ranges for 186 seabird species to model debris exposure. We adjusted the model using published data on plastic ingestion by seabirds. Eighty of 135 (59%) species with studies reported in the literature between 1962 and 2012 had ingested plastic, and, within those studies, on average 29% of individuals had plastic in their gut. Standardizing the data for time and species, we estimate the ingestion rate would reach 90% of individuals if these studies were conducted today. Using these results from the literature, we tuned our risk model and were able to capture 71% of the variation in plastic ingestion based on a model including exposure, time, study method, and body size. We used this tuned model to predict risk across seabird species at the global scale. The highest area of expected impact occurs at the Southern Ocean boundary in the Tasman Sea between Australia and New Zealand, which contrasts with previous work identifying this area as having low anthropogenic pressures and concentrations of marine debris. We predict that plastics ingestion is increasing in seabirds, that it will reach 99% of all species by 2050, and that effective waste management can reduce this threat. 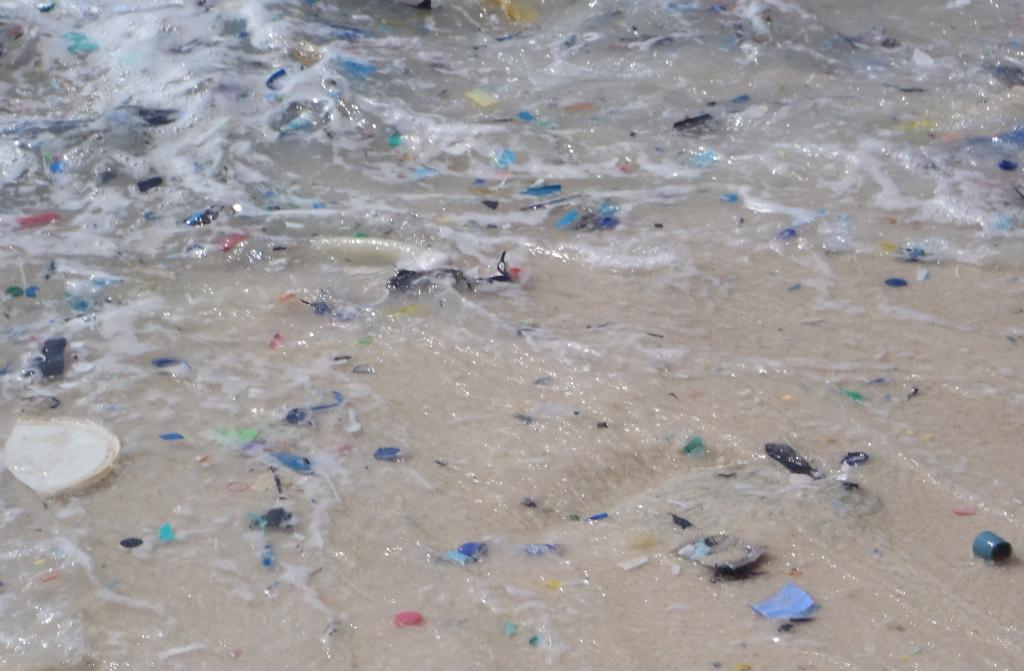 Australia's Waters Are Full of Plastic, and We Put it There by CSIRO