Initially the society held meetings at the home of a club member in Fairlight until the club outgrew the premises and was forced to move to the garage of a club member in Condamine St Balgowlah. In 1935 a large house became available in Darley Rd Manly, which was used as the club house until it was partially destroyed in 1936. Following the destruction of the clubhouse in Manly the club had use of a Navy owned room near Manly Baths, and were able to string antennas between the roof of the building and nearby trees. This building was used until 1939 when the Navy required the space for training. Manly Radio Club was disbanded with the assets of the radio club being disbursed amongst the current members at the time.

The Society reformed in 1976, where it moved to various buildings around the Northern Beaches of Sydney as space became available; Hinkler Park North Manly, Harbord Diggers (meetings only), Warringah Mall, and the Society eventually settled in 1984 at the Volunteer Services Centre site in Terrey Hills where it remained until 2009 where once again it was forced to move by SES expansion to the Girl Guides Hall in Terrey Hills

The society will often provide communications for sporting events and during times of natural disasters. Notably, members of the Society helped operate the ground control station for Dick Smith's record-breaking hot-air balloon flight across Australia in 1993. The Manly-Warringah Radio Society provides training and examination services to the amateur radio community on behalf of the Wireless Institute of Australia. One of the society's goals is to enable people to become licensed amateur radio operators by holding regular training and examination days at the clubhouse.

These days, we're based at Terrey Hills, where we meet every Wednesday evening from about 7.30 p.m. If you're interested in radio communications and electronics, feel free to drop in and check out the club shortwave station. You'll be more than welcome!
On the third Wednesday evening of the month, we have a lecture, usually on a subject related to radio communications, or some other technology topic. These talks are informal in nature and always very entertaining. You can also see these lectures online; see VK2MB TV on our web site.

When we're not "in the shack" operating or experimenting with radio gear, we like to go out on field expeditions, such as camping trips, where we operate our radio stations "off the grid". Our "activations" of Barrenjoey Lighthouse are one such event, which has become a very popular among club members and visitors alike.
There's much more to.. .come along and discover it!

What do Amateur Radio Operators do?

Here's a brief sampler: we Radio Amateurs chat with our friends on the radio, of course; we also play with our own satellites (called OSCARS - Orbital Satellites Carrying Amateur Radio), converse with the astronauts on board the International Space Station (yes, NASA has a ham radio station up there!); we can run our own television stations; send digital dat via shortwave (no internet required!), track down hidden transmitters (called "fox hunting", but no animals get hurt!). In our cars, we enjoy keeping in touch, whether we're in the city of in the remotest corners of the outback, and use home-built GPS trackers so you can use the internet to see where we are!

Some of us just love tinkering with electronic equipment or restoring vintage radio gear. The Hallicrafters HT-11B radio set in the lighthouse has been restored to working order by members of our Society.

As a public service, we use our radio gear and skills during emergencies, such as bushfires, floods, and other disasters. During the 1994 bushfire crisis, we kept the lines of communications open when fire destroyed the radio and mobile phone towers around Sydney.
Once we even helped Dick Smith with his record-breaking balloon flight across Australia!

Each year the Manly-Warringah Radio Society celebrate International Lighthouse and Lightship Weekend by activating an amateur radio station at the Barrenjoey lighthouse. The goal of the weekend is "to promote public awareness of lighthouses and lightships and their need for preservation and restoration, to promote amateur radio and to foster International goodwill". Over the course of the weekend some of the over 400 radio-active lighthouses around the world will be contacted from headland, usually on HF frequencies.
Repeaters

Would you like to "surf the airwaves"?
To start off, all you need is a radio set to listen to other radio operator "on the bands". This could be a shortwave receiver, a "scanner", or even a simple home-built kit radio. Or you can visit your friendly local radio club and use the station there, under the supervision of a club member.

If you want to transmit your own radio or TV signals, you need to obtain an Amateur Radio licence from the government. This involves learning basic radio and electronics theory, and passing a few simple multiple choice tests.

We offer training courses for those wishing to earn their Amateur Radio licence. You can do it all in just one day! If you're under 18, you can take advantage of the club's First Amateur Radio Licence Youth Grant, which covers the cost of licence exams, and include a year's free club membership!

Become a member!
Joining the society is a piece of cake. Simply download the form here and bring it along on a Wednesday night. 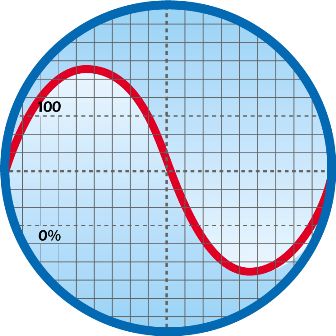 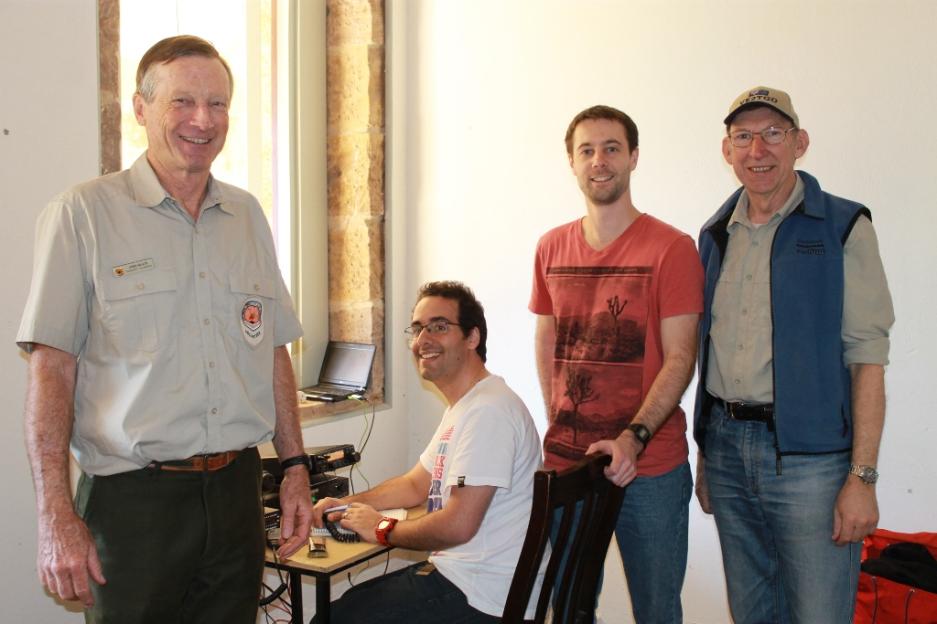 BROADCASTING. POPULAR INTEREST. CONCERT AT MANLY.
Indicating the popular interest in the broadcasting of entertainments by wireless, the attendance at the radio concert at the Manly Literary Institute last night crowded the building. The concert was arranged by the Manly Radio Club, and musical items were transmitted to the hall from Mr. R. C. Marsden's experimental station at Edgecliff, and from Mr. Marks' station at Rose Bay. The audience was keenly appreciative of the entertainment, and the organisers of the concert were congratulated on its success.

An address on the broadcasting of entertainments was delivered by Mr. E. T. Fisk. He outlined the systems in vogue in America and Great Britain, and compared the proposed Australian scheme favourably with them. Mr. Fisk stated that in both America and England it had been found necessary to appoint special committees to investigate the schemes. In America, owing to the absence of restrictions in the past, an enormous number of privately owned plants had been installed, and this rendered reform difficult. In Great Britain there were restrictions, but the proposed scheme for Australia was expected to include more restrictions aiming to benefit the people as a whole. Broadcasting, Mr.Fisk said, was essentially competitive. The broadcasting companies, if they were to succeed, would have to provide the best entertainments possible. At the same time, the co-operation of the owners of receiving plants would be necessary, for unless the broad-casting companies were supported they could not continue. Broadcasting was peculiarly susceptible to the activities of the unscrupulous. It was a very simple task to erect an aerial at night and remove all traces of it after the owner had listened-in to a broadcasted concert without contributing to the costs. With complete co-operation between the owners of receiving sets and the broad-casting centres it would be possible to engage the very best talent at central radio rooms, and transmit concert, band, and other entertainments to all receiving plants, to gatherings in the municipal parks, to the crowds at seaside resorts, and to the far distant country centres. BROADCASTING. (1923, July 10). The Sydney Morning Herald(NSW : 1842 - 1954), p. 10. Retrieved from http://nla.gov.au/nla.news-article16079526 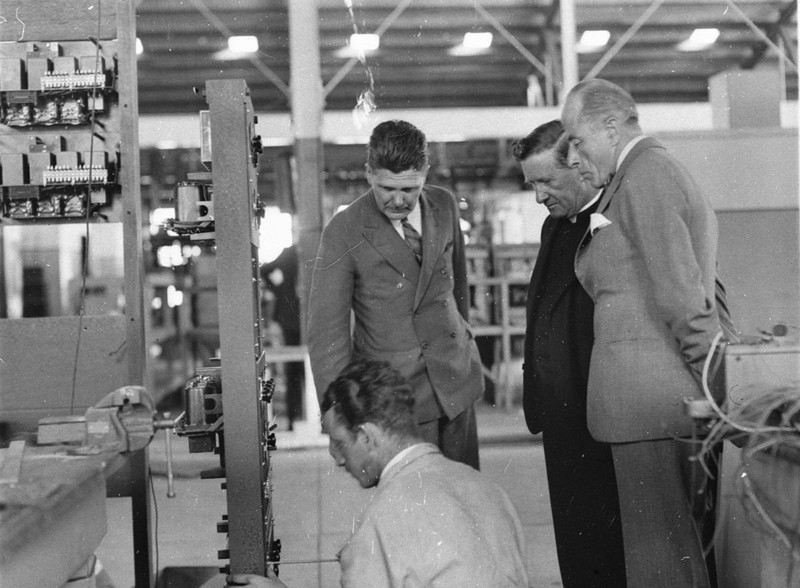 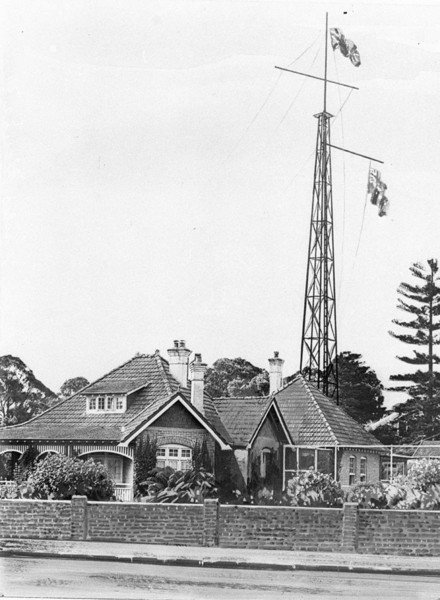 Right: Radio mast and Sir Ernest Fisk's home, Wahroonga (some sources state his home was at Roseville), Creator Hood, Sam, 1872-1953, Image No: hood_7681r, courtesy State Library of NSW. Date of Work after 1917 [probably Sept 1918] Home and Away - 7681 "At 3.15am GMT on the 22nd September 1918 the first direct wireless message was transmitted from the United Kingdom to Australia. The message sent for the Australian Prime Minister, Billy Hughes, whilst visiting his birthplace in Wales, was transmitted by Guglielmo Marconi from Carnarvon and received by Ernest Fisk at Wahroonga, 20 kilometres north of Sydney." (Wahroonga Amateur Historical Radio Association) [The Union Flag flies from the top of the mast and the Australian Flag, in the picture, from the arm? They are drawn in or highlighted]

Guglielmo Marconi (25 April 1874 – 20 July 1937) was an Italian inventor, known for his pioneering work on long distance radio transmission and for his development of Marconi's law and a radio telegraph system. Marconi is often credited as the inventor of radio, and he shared the 1909 Nobel Prize in Physics with Karl Ferdinand Braun "in recognition of their contributions to the development of wireless telegraphy". As an entrepreneur, businessman, and founder of The Wireless Telegraph & Signal Company in Britain in 1897, Marconi succeeded in making a commercial success of radio by innovating and building on the work of previous experimenters and physicists. In 1924, he was ennobled as a Marchese.

Marconi operating apparatus similar to that used by him to transmit first wireless signal across Atlantic, 1901. T his image comes from the Google-hosted LIFE Photo Archive where it is available under the filename 4a204d82f07524bd This image (or other media file) is in the public domain because its copyright has expired and its author is anonymous. This applies to the European Union and those countries with a copyright term of 70 years after the work was made available to the public and the author never disclosed their identity.

AMATEUR RADIO Competition Results. The amateur and short-wave radio exhibition in the lower hall of the Town Hall will be open to-day from 8 p.m. to 10.30 p.m. Tomorrow, the hours will be from noon to 10.30p.m. The contest for the W. T. S. Crawford trophy, held in conjunction with the exhibition, was won by R. Priddle (VK2RA), Marrickville, with C. Fryer (VK2NP), Gladesville, and W. Nash (VK2WW), Crow's Nest, sharing second place. The trophy has been presented for annual competition among the radio amateurs and experimenters of New South Wales by Mr. W. T. S. Crawford, senior radio inspector in New South Wales. A high standard was set in the test, which disclosed that amateur operating ability is at a high level in New South Wales. Accuracy and other operating points leading to good "copy" rather than speed were the qualities sought for in the contest.

SURF LIFE-SAVING. MANLY CARNIVAL. A novel feature of the 23rd annual carnival of the Manly Life Saving Club on the Manly beach on Saturday was the installation of wireless communication between the officials at the turning point of the swimming races and the shore. Members of the Manly Radio Club provided a small portable short wave transmitting set. Mr. Goya Henry in his aeroplane with Mr. Aubrey Sara as observer also co-operated with the  Manly Club officials patrolling the beach and keeping a watchful eye open for sharks. He swooped low over the carnival area after returning from North Steyne and dropped a note attached to a small parachute. This note fell almost into the hands of a Manly club official who handed it to Mr. M. J. Burke, the referee. It conveyed the information that a small shark was cruising off the beach, but it did not come in close. About20 minutes later the aeroplane dropped another note stating that a large shark had been seen close to a crowd of bathers at North Steyne. Proceedings at the carnival were suspended for a few minutes. SURF LIFE-SAVING. (1934, January 29). The Sydney Morning Herald (NSW : 1842 - 1954), p. 16. Retrieved from http://nla.gov.au/nla.news-article17043858

WENTWORTH At the meeting of the Wentworth Radio Club on Wednesday next. Mr. P. Swinburne, president of the Manly Club, is to give a lecture. MANLY there will be a special meeting of the Manly Radio Club on Monday evening. At the last gathering Mr. R. C Marsden save an address.  THE MAGIC SPARK. (1923, May 12). Evening News (Sydney, NSW : 1869 - 1931), p. 7. Retrieved from http://nla.gov.au/nla.news-article118845233