IRB Premiership Champion To Be Crowned At Newport Beach 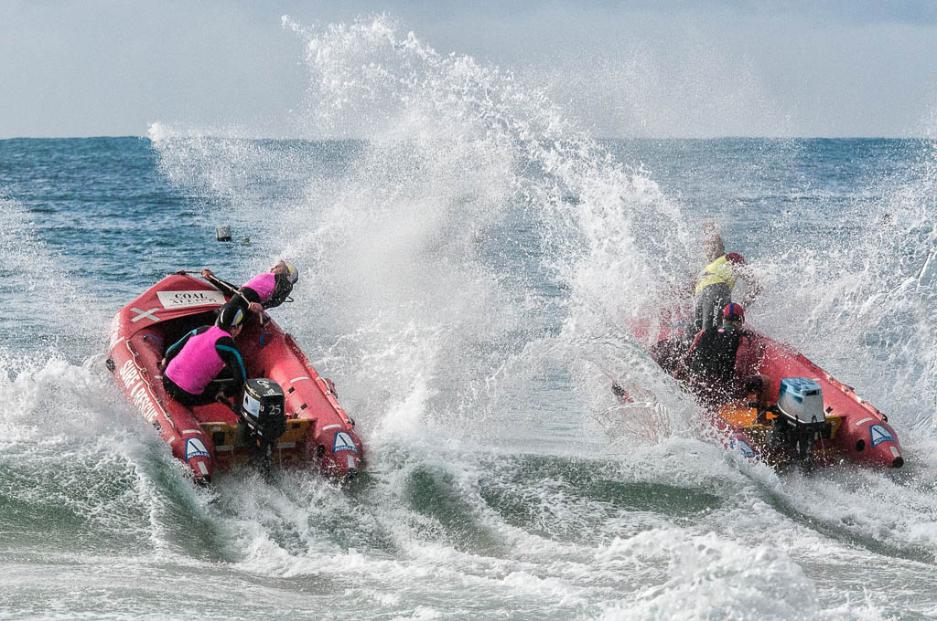 IRB Premiership Champion To Be Crowned At Newport Beach

The final rounds of the NSW IRB (Inflatable Rescue Boat) Premiership will look to conclude the series and crown the champion at Newport Beach on Sydney’s Northern Beaches this weekend (22-23 June).

Newport SLSC is hosting the event for the first time in what will be a huge weekend of competition with rounds three and four of the Premiership running back-to-back. With a number of teams in the running for the title including defending champions Kiama Downs SLSC and this year’s NSW State Champions, Caves Beach SLSC, the Premiership Series is set to conclude in exciting fashion.
After a closely fought series thus far, SLSNSW Surf Sports Manager Dan Pearce, says anticipation is high for the final rounds.
“Rounds three and four of the SLSNSW IRB Premiership will be a great weekend of rescue racing at a brand new venue on the Northern Beaches. There are still a number of clubs in the running to take out the Premiership Title. Two consecutive days of racing at Newport Beach will certainly test the skills and endurance of the athletes!”

With over 240 athletes from 21 different Surf Clubs descending on Newport Beach, Newport SLSC members have been busy preparing for the event.

Club President, Rob Emerson, says the club is looking forward to hosting such a major event in the Surf Lifesaving calendar.

"Newport Beach is an ideal venue for the IRB Series and the club has successfully staged many important surf lifesaving competitions in the past. We are delighted to have the opportunity to be the host club for such an important event."

The weekend of racing will also be the last chance for athletes to impress the State Team selectors that will select a representative team to travel to Darwin for the Interstate Championships in July.

Avalon Beach SLSC has a team in the running and yesterday heats were held at Palm Beach.

IRB Racing is an exciting and technical sport that showcases the skills of our volunteer lifesavers in simulated rescue scenarios.
Competition gives our lifesavers a chance to hone their skills and abilities for real life situations while on patrol.

SLSNSW is providing fantastic prizes throughout the 2013 IRB Racing Season providing terrific incentive and reward for all Clubs to compete in IRB Racing. Thanks to the ongoing support from our host Councils, the 2013 IRB Racing Season will see an increase in prizes and giveaways for each of the rounds with Clubs in the running to win vouchers to the value of $150 as well as overall and random draw prizes for 3 IRB engines.

Rounds 3 and 4 of the SLSNSW IRB Premiership Series will be held over two days from 22-23 June 2013. To see all these teams in action head down to Newport today.

Queenscliff had the honour of being the Northern Beaches most successful club in the NSW IRB Premiership. Unfortunately, the IRB’s had to be moved from Newport on Saturday because of the conditions and racing went ahead at Palm Beach.

Congratulations to all clubs for a great IRB season.

Kieran Menzies, one of the organisers from Newport SLSC stated this week: "All sections of the Club worked very well to assist with the setting up of the Competition Gear, Officials Catering, Competitors Catering to make for a very successful Carnival despite the challenging weather conditions at times.

I would also like to thank everyone for your assistance throughout the carnival. You made the relocation and the carnival run smoothly. "