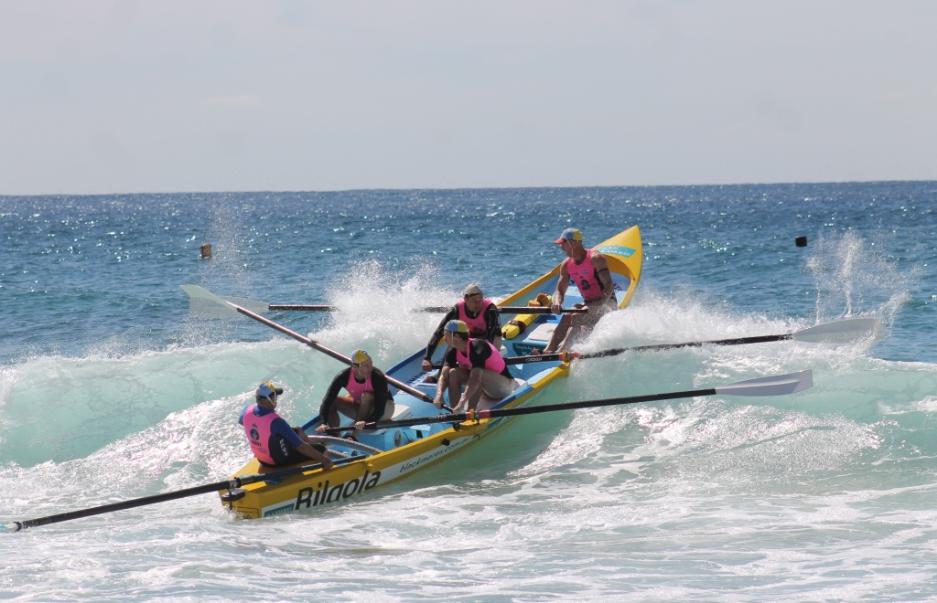 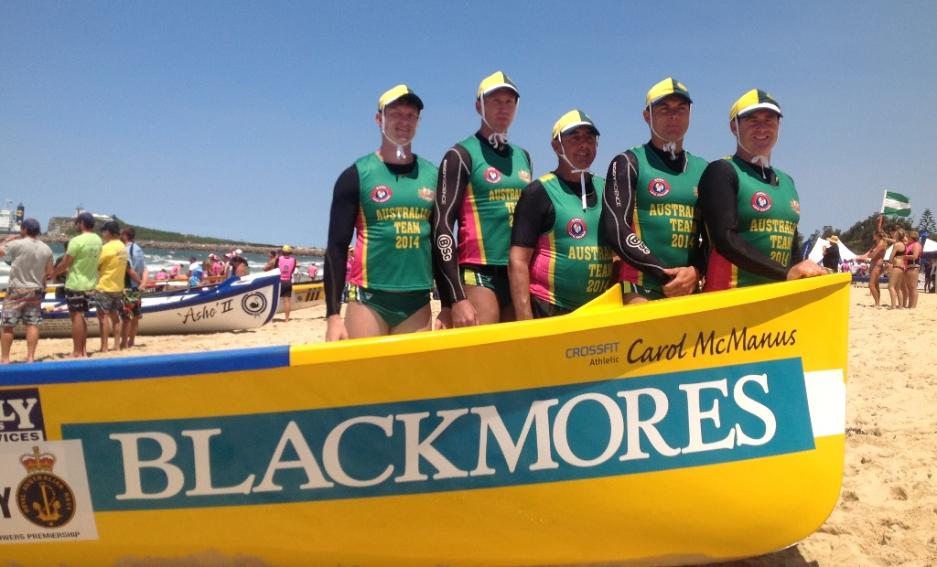 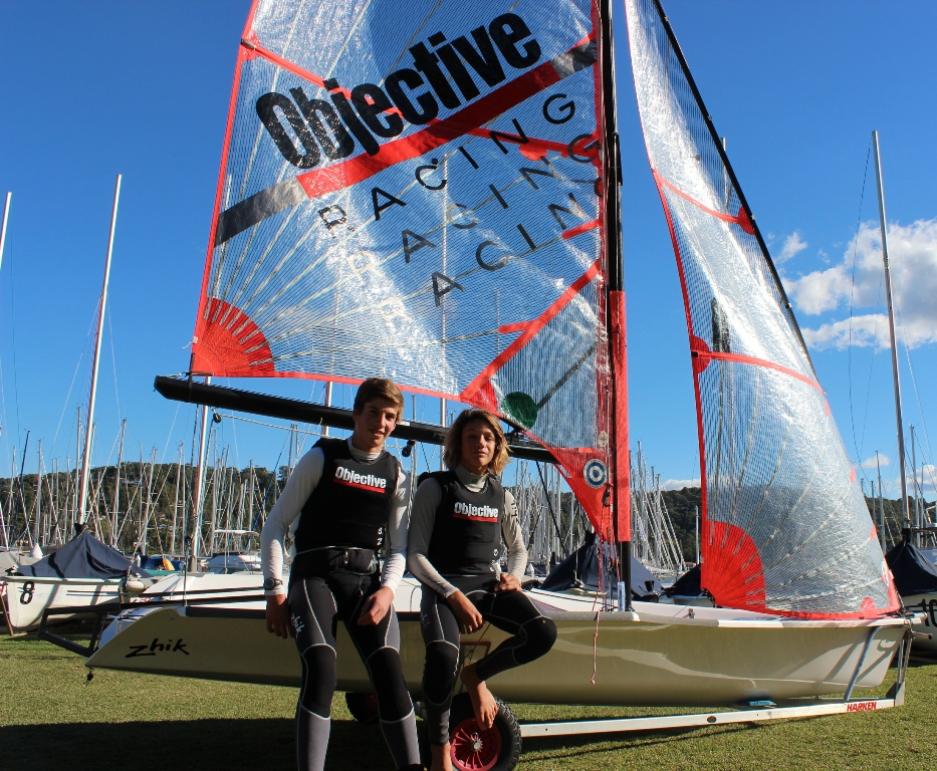 Pictured here are Shaun Connor, left and Jim Colley preparing for training on their 29er – photo by Damian Devine.

They will compete for Australian in this year’s ISAF Youth Sailing World Championship (Under 19) to be held in Tavira, Portugal from 12 – 19 July.

They are the only representatives from NSW to be selected.

The team, who will be endorsed by the Yachting Australia Board at their next meeting, will prepare at their individual home locations then head to Royal Queensland Yacht Squadron in Brisbane in April for a joint training camp.

Jim is in Year 11 at Barrenjoey High and Shaun attends St Luke’s Grammar at Dee Why. 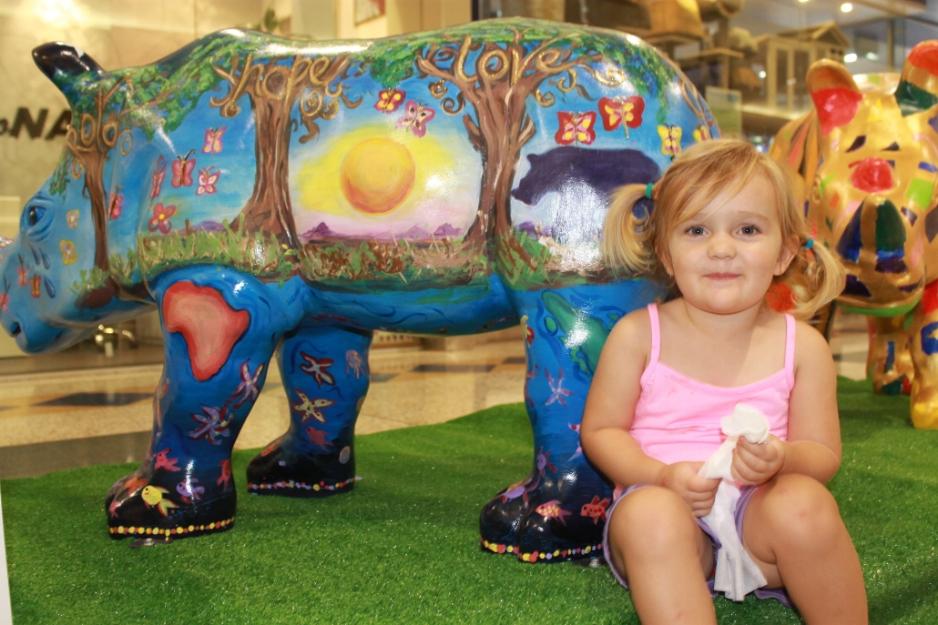 Chloe ( 2 years old) at Warriewood Shopping Centre this week with one of the Wild! Rhinos. Picture by A J Guesdon, 2014.

A huge herd of 125 wildly colourful rhino sculptures have charged into town to create a spectacular world class sculpture trail through the streets, parks and public spaces of Sydney, Dubbo and surrounds during February to April 2014 to help raise awareness of the critical plight facing rhinos through poaching and habitat loss. To join the charge, discover the whereabouts of all the 125 Wild Rhinos, download the mobile app or visit here for a trail map.

On May 14 the wild artworks will be auctioned at The Star, Pyrmont to raise over $400,000 for Taronga’s rhino conservation programs.

We have visited Warriewood Square this week and photographed those done by schoolchildren in Pittwater. All wonderful creations, these works of art, and a little about them, may be found HERE 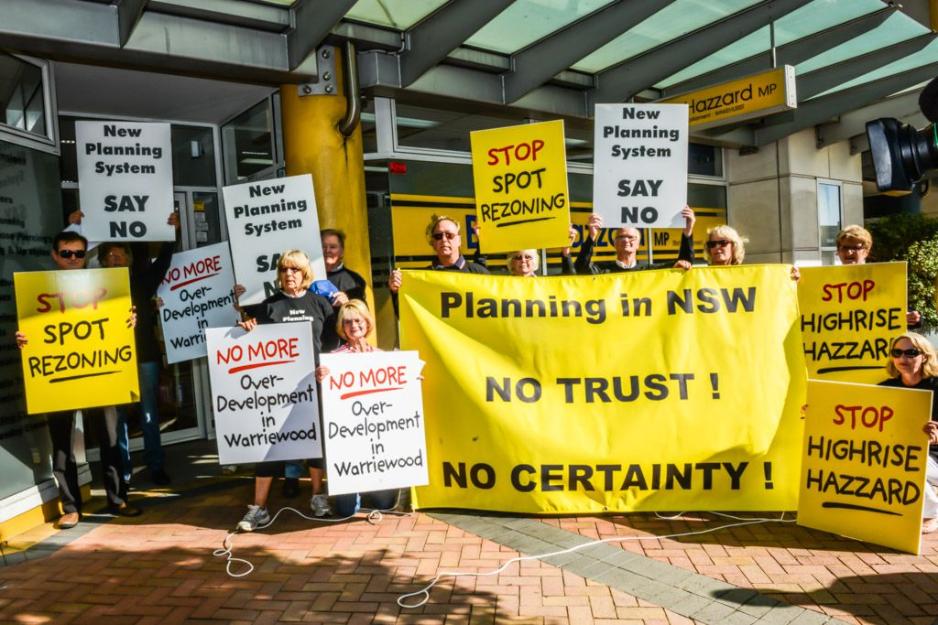 Pittwater Residents at Dee Why on Thursday, picture by Michael Mannington.

A statement by a Meriton spokesman seems to indicate that they will put pressure on the NSW Government to approve the development despite the recommendation. Pittwater residents are being asked to ensure their voice is heard too. More HERE