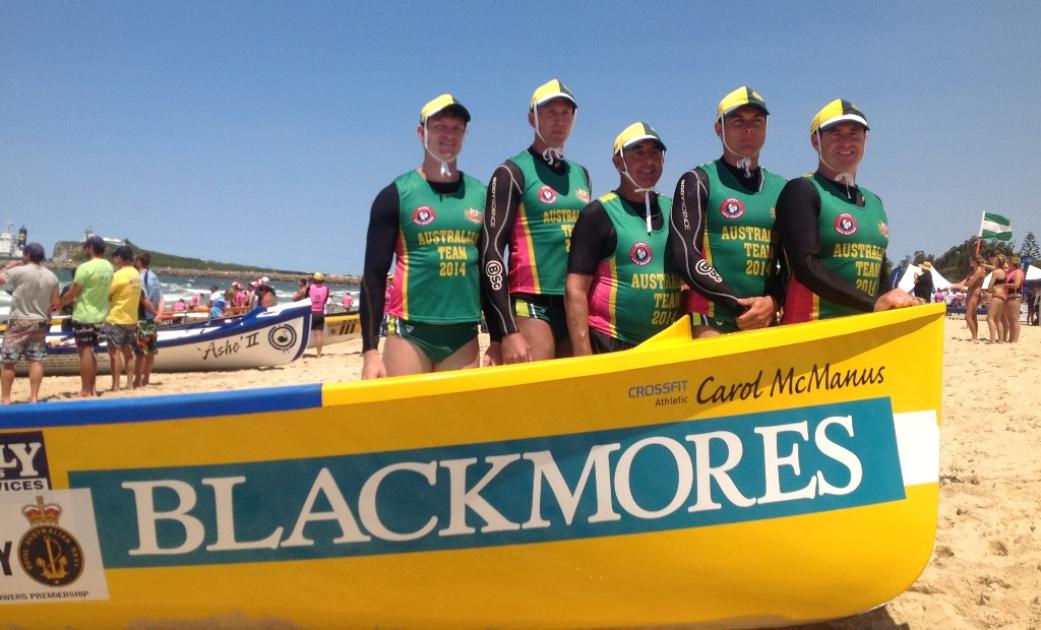 8.2.2014 - Today Bilgola SLSC club history was realised when the Open Men's Boat Crew represented Australia in the Test Series against the New Zealand representative side, Tihahi Bay, from Wellington. The racing was held at the Australian Surf Rowers League Australian Open at Stockton Beach, Newcastle.

Tugun represented Australia in the open women's against the well credentialed Red Beach side from Auckland.

The racing was conducted over three match races.

We got off to a flying start and turned the cans a length in front of the Kiwis. The boys held their lead all the way home to win by two lengths in the end. A great start to the Test Series before a packed crowd on the beach. The Tugun girls also won.

The 2nd Race was quite different. The Kiwis were using a different boat in this race, a brand new borrowed Surfboat. This time the visitors got away to a good start and made a real race of it, turning with Bilgola and going stroke for stroke with the Australian reps. However, not to denied Australia cracked a big runner on the way home and surged to the lead, unfortunately, the Kiwis, got onto a small wave that drew them closer to Bilgola. However, we held out the fast finishing New Zealanders to record their second win over the much improved Kiwis.

The Tugun girls also won their second race after getting a screaming start and were never headed.

Australia, after two races, held an unassailable lead and could now not be beaten, however, the job was not over.

Bragging rights were still up for grabs for both Australian crews, and for the Kiwis, they needed to try and salvage something out of the wreckage to take home. The Australian crews were equally determined to win by a whitewash.

At this stage a black nor easter had sprung up blowing at 30 knots and creating quite a choppy surf. These are the conditions that our crew thrives on, and so after an even start the Australian crew forged to the front and at the turning cans they were leading by a boat length. On the way home the crew opened up quite a lead until the Kiwis picked up a runner to draw level, however, not to be denied, the Bilgola crew then took off on the same runner and again opened up a nice lead. This broke the backs of the visitors and our boys then rowed onto a wave and held it to the beach winning by 40 metres. A great and incisive victory for the clean sweep.

The Tugun girls were also determined to make it 3-0, and completely outclassed their rivals.

So there was great jubilation on the beach. This was the biggest victory in the history of the Trans Tasman contest.

So it is a big congratulations to the Bilgola/Australia crew of Don McManus, Anthony O'Toole, Jarrad King, Mitch Foran and Brendan Murray on a well deserved, history-making victory. 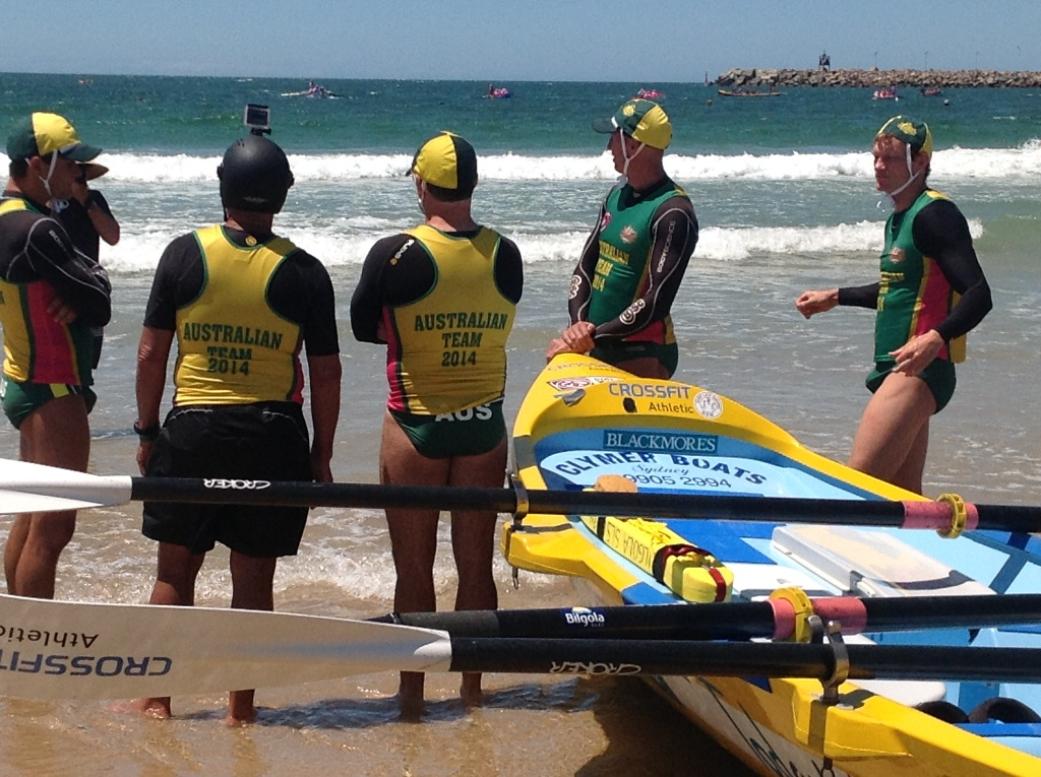 Contemplating tactics prior to the races.

Report and Pictures by Dennis O'Toole, 2014.