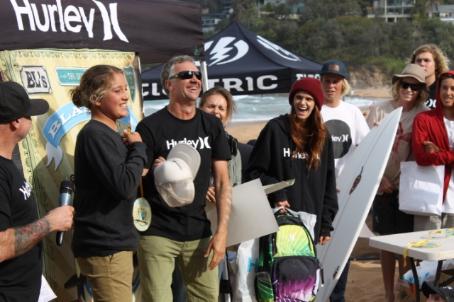 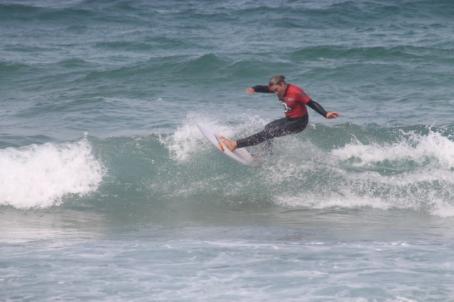 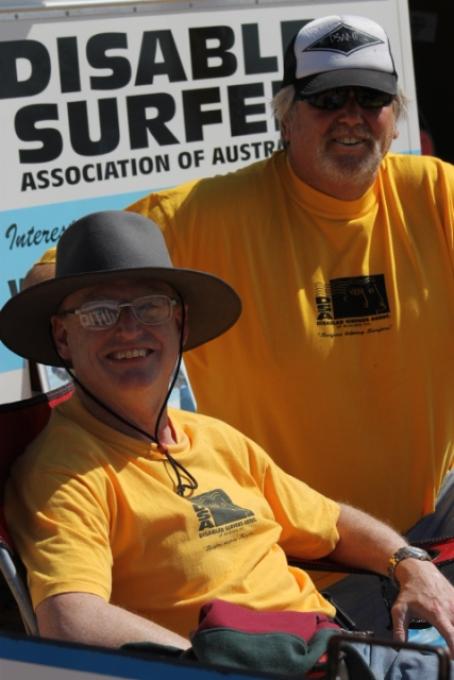 'Sticks'  and Gary Blaschke of DSAA 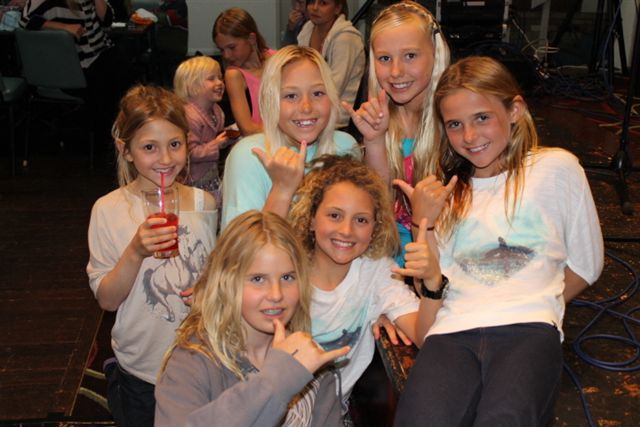 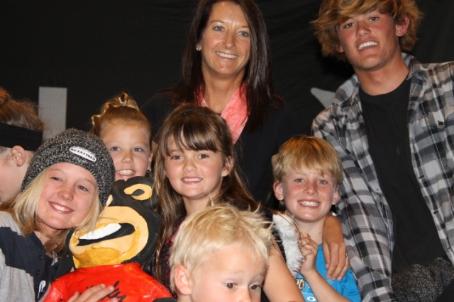 Layne Beachley, Cooper Chapman and some young fans at Blast Off Idol. 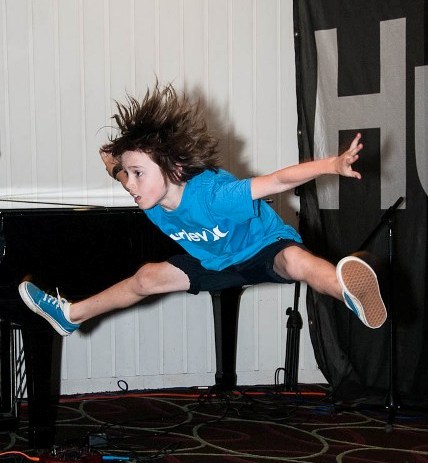 Spring Holidays are all about fun, getting back into the great outdoors and enjoying yourself, spending time with your children on the beach and in the water, getting to do things you can’t fit in during school terms. BL’s Blast Off for 2012, the seventh year this great Surf Contest for children under 14, with many families having a few children entered within the age groups, is a wealth of surfing for fun and to learn more surf skills. A gala of Aboriginal Dancing on the sand courtesy of Uncle Ted, or visits from a giant fluffy pink seahorse from Fantasea at Palm Beach, or simply tumbling with good friends from last year through sand, waves and salt breezes until you like a half sand-half saltwater creature are the norm.

The impetus stems from an innate tenant of the Lynch family, to give back what you can, what you have in you, to invest in people and build community. Barton’s father Bob began the Big Swim at Whale Beach which was soon popular at other beaches and now forms part of the annual calendar of events on beaches in Australia. BL has the same nature in spades, always supporting those in the local community in any venture he can and extending that nationwide in this great grommet surf festival. Children from New Zealand and Vanuatu also attended this year, Kehu Butler travelling from his island home to fly across Whale beach waves.

The judges have two points of focus during the heats: 1) How can I help this kid to improve his surfing? And 2) How is he going in the heat and where is he coming? They will not score any surfer who drops in on another surfer. Surf etiquette forms part of any coaching element; The surfer with the inside position at the point of take off has the right of way. They are also looking at Paddling, Positioning in the line up, the Length of a child’s ride, their Style, Technique/Bio Mechanics, Waves scoring points utilised, Speed, Flow, Energy in their surfing, their Major and Minor Manoeuvres, whether their Turns are tight in the Pocket or out on the Wave Face, the Surfboards Performance and last, but by no means least, their Sportsmanship or Sportswomanship. Their aim is to help each surfer improve their surfing. While we were on the beach regular insights such as “watch the heat before yours to see what the waves are doing.” helped many of this next generation of competitive surfers learn all the little things that go towards a big result and personal improvement. The reiterating of sportsmanship forms a big part of this, personal development runs parallel to success in any area and helping our young grow up to fill the image of themselves.

Held at Whale Beach this year from Monday September 24th to Thursday September 27th, with 340 entrants, the aim is to introduce young surfers to the world of competition in a friendly and encouraging environment that focuses on surf improvement and family fun. As the BL and his team state: “At BL’s Blast Off we are all about the kids and them living happy healthy lives.” A consistent swell out of the south and east, from one to three feet throughout the days of the contest saw the north banks and south banks mid-beach utilised in a spectacular show of young surfers as they flew, sashayed and literally danced across the waves. When we were arriving, one of us pointed at a group mid-beach; “See that, what looks like a small pod of dolphins; that’s kids, surfing.” This is what these children look like from a distance, a group of young dolphins, having fun. When they rise on a wave, fearless, watching where it will flow, executing manoeuvres with arms stretched out, you can’t help smiling and marvelling at how good each child is.

Blast Off Idol is a must. An evening celebration held at Club Palm Beach (Palm Beach RSL) this talent search competition allows the kids to show their other talents and includes the presentation of the Keenest Groms Awards to the first entries received in each division. Layne Beachley, husband Kirk Pengilly of INXS, and North Narrabeen surfer Cooper Chapman, who won the Billabong Pro Junior Asia at Cloud 9 in May this year, were this year's judges and clearly enjoyed each performance. The results this year in the Boys were 1st; Dylan Platford on trumpet with a stunning rendition of Adele’s ‘Rolling in the Deep’, 2nd; Alistair Williams and his spectacular dancing and 3rd; Mitchell Scott with a great display of his ‘moves’. In the Girls: Shanaye Scott sang her way to victory, 2nd; Luca Reents also sang to loud applause while 3rd; was won by Iris Short for her talents with the violin.

Investing in community groups is the other natural aspect of this Surf Event. The Disabled Surfers Association of Australia has an exhibition at the event, this year attended by Gary and ‘Sticks’. Each year, and for the last four years Blast Off has donated $1,100.00 on behalf of Active Tree Services to the DSA. This year was no exception. Blast Off also donates to the local schools - Avalon Primary and Barrenjoey High. BL’s Blast Off has also raised donations for the Humpty Dumpty Foundation, the Cancer Council of NSW, SurfAid and Palm Beach SLSC. In 2009 and 2010 the money raised went to the Aboriginal Medical Service (AMS) in Redfern and went to help develop their surfing program for the indigenous youth. In 2012 Bl’s Blast Off will again support the AMS.

All this activity cannot occur without the sponsorship that enables BL’s team to put this contest on; Jason Haynes, representing Hurley who have been the major sponsors since day one, ascribed all thanks to BL, stating the Hurley company were proud to be involved in Blast Off and fostering surfing in the young. A wide range of other sponsors, events like this don’t survive without their input, ensured every child received big showbags filled with goodies. One of the more popular items was a poster of BL surfing at Pipeline (picture left) and’ Contour Cameras which were used to film and shoot much of the action of Blast Off this year. The other Major sponsors this year included Electric, Amazon Power, Beecraft, FU wax, Board Bog, Streetboardz, Native, Fantasea, Beach Without Sand, Coastalwatch.com, Fuel TV, Surfing World Magazine and Chilli Surfboards.

Blast Off is not about who wins but about having a blast with your family and friends, improving your surfing while experiencing every aspect of competition sport and building community spirit. It’s a winner and everyone who attends each year has won just by doing so. As BL states it the emphasis is on “putting your ego aside and getting out there and having some fun.” He spoke more about this which we’ve included in this year’s slide show for you.

At BL’s Blast Off Idol on Tuesday night Shanaye Brown, first in the girls, although very happy to win and receive a showbag of goodies, seemed happier to be at this annual surf-fest for grommets. When Shanaye came on stage to accept her prize she looked up at the tall man beside her, clearly loved by all these children, and said “Thanks to BL for making BL’s Blast Off.” These are the words you hear most over the four days Blast Off runs, apart from " 4,3,2,1, BLAST OFF!" … “Thanks to BL for Blast Off.”

Barton Lynch, World Champion surfer who initiated this Grommet Fest, and his great team, the same folk every year, supported by lovely wife Holly and daughter Tamarind, have done it again this year. A bit sunburnt, salt encrusted and filled with fresh seabreeze we all turned towards home; this is the stuff dreams and great memories are made from.

Spot you and your mates Surfing in Competition Shots: HERE

Family and More in: www.pittwateronlinenews.com.au/blastoff.html 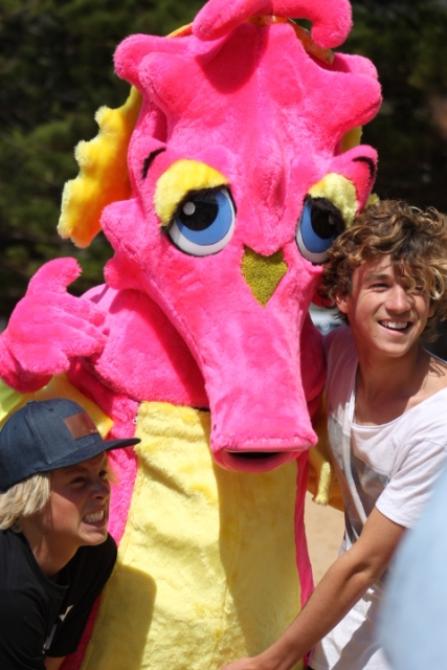 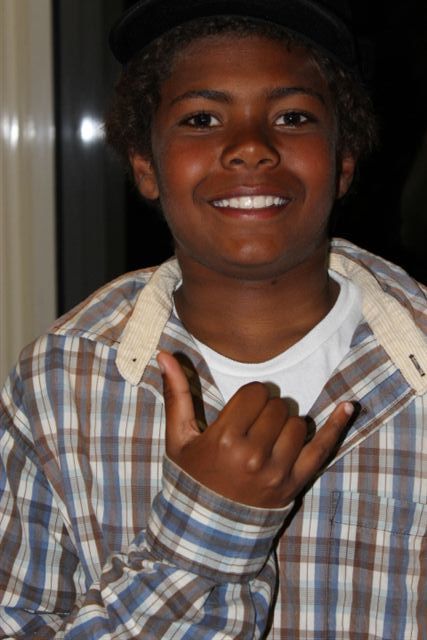 All Photographs by Mike O’Flynn and Michael Mannington of Volunteer Photography and A. J. Guesdon. 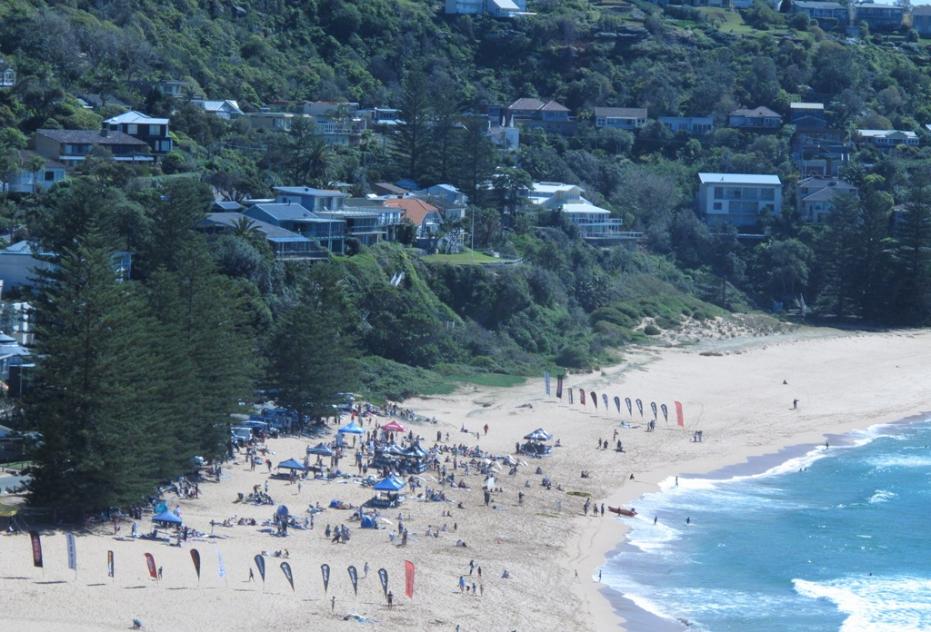