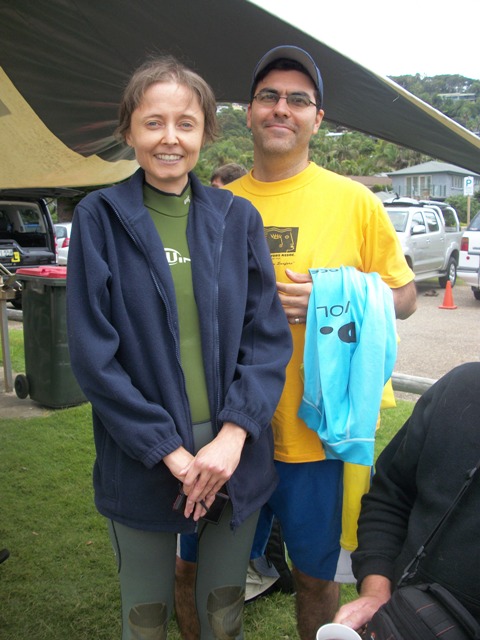 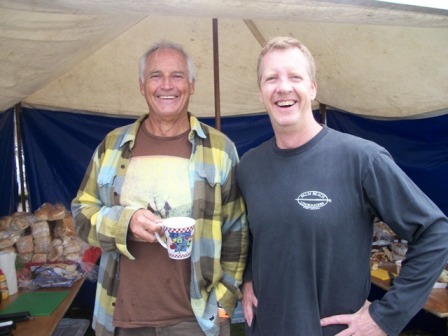 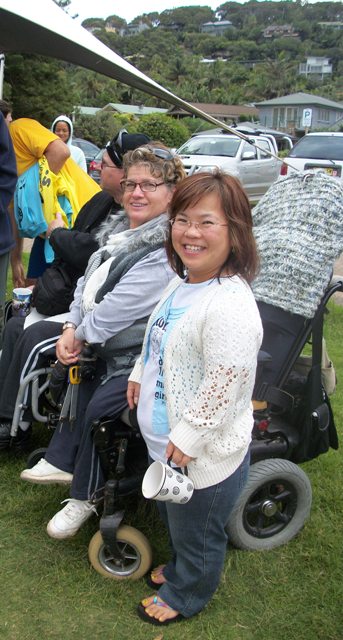 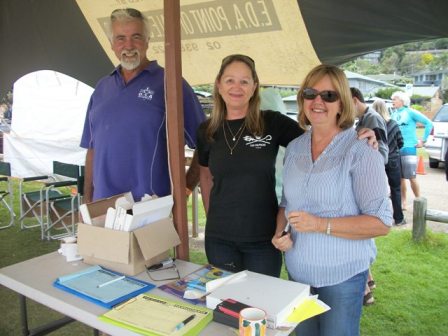 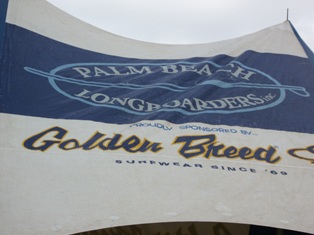 National President and Founder of the Disabled Surfers Association of Australia (DSA) Gary Blaschke was on hand and jumping at south Palm Beach last Sunday as he and his great team of volunteers took people from NBI at Warriewood out into the water. NBI were one of the first groups to ‘come on board’ with DSA and have benefited enormously from hours of saltwater fun.

Assisting Gary were the Palm Beach Longboarders, their second year of enjoying the great company of DSA folk and joining in to bring hours of joy to local folk with a disability.

Over 18.4% of Australians have some kind of disability, and with aging causing problems in mobility, the work the volunteers led by Gary do is becoming more and more essential. When we spoke to this gent yesterday his vitality and enthusiasm were evident despite having just run an event on the Central Coast and being off down Kiama today (1.4.2012) to run another.

Gary Blaschke formed the DSA after a motorcycle accident robbed him for a while of his love of surfing. The road back was arduous and filled with a bit of cheek. After 16 months of rehabilitation, including another operation on a mangled leg,  Gary returned to what he deems his ‘home break’ at Green Island on the south coast, where he’d been surfing for 18 years prior to the accident, to get in the water again. Soon enough he decide to enter the C J McAllister Longboard Comp. at Manly, braces on, and came last. He kept thinking someone would talk to him about it while there. No one did, some even laughed. So Gary entered the Pro Am at Dee Why Point, with knee braces still on, and came last again. 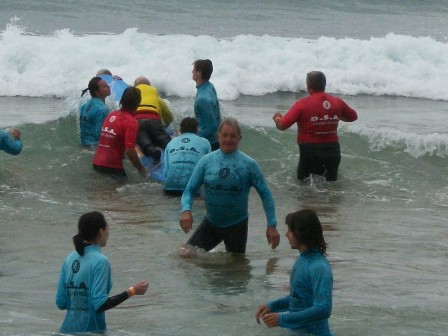 This time however an Avalon man, Russel Philip, approached Gary to inquire ‘what the h*ll he thought he was doing?’.

Gary explained that he was going surfing and also what he was trying to do; get a surfers helping surfers creed back into the community. That was 26 years ago. As Gary stated it “Soon other local boys were coming along and helping out.”

He spoke of Adrian Van Druten, the DSA Sydney President, and his continuing hard work to ensure all who want to surf can. 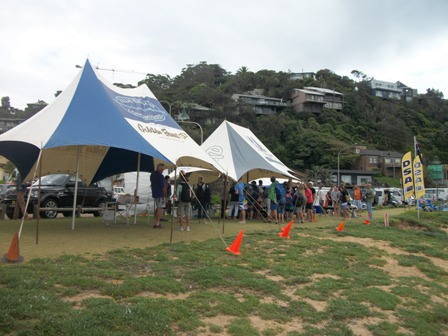 Gary has worked out a tool kit for other branches which covers everything they need; insurances, physicality aspects etc. With nothing available, he trained himself and continues to train others as part of this Association’s core in how to help people on and off boards and how to negotiate the surf. He told us about the recent new branch opening at Point Leo on the Mornington Peninsula, a two and half thousand mile drive for him. In Point Leo there is a population of around 400, 170 of these, most of them under 20 years of age, turned up to train as volunteers and help out at their recent Disabled Surf Comp. These kids were hooting and cheering as each surfer received their award at the club afterwards and have signed on for future events too.

What we noticed at the Invitational Day on Sunday was the complete lack of egos involved in those volunteers who took other locals out into the waves. As Gary said yesterday, “it’s all about putting something back in” and for those getting a good surf in “You just give them a go and it brings out the magic in them. It requires total dedication. The hard yakka pays off when you see their smiles, hear them laugh.” 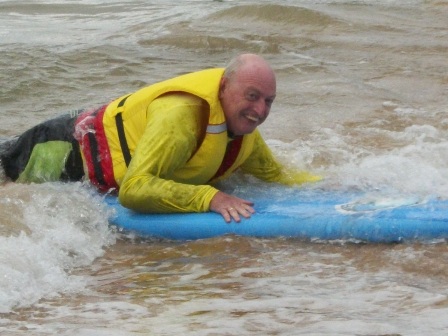 Gary tells us he has become a ‘Disability Stalker’ as when he sees someone in a wheelchair when he’s out and about he goes right up to them and asks if they want to go surfing. His main aim now is to train as many volunteers as possible as, “I’m turning 60 this year and we want this to go on when we who started it can’t get out in the water anymore.” 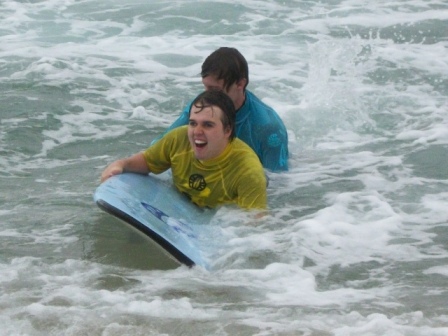 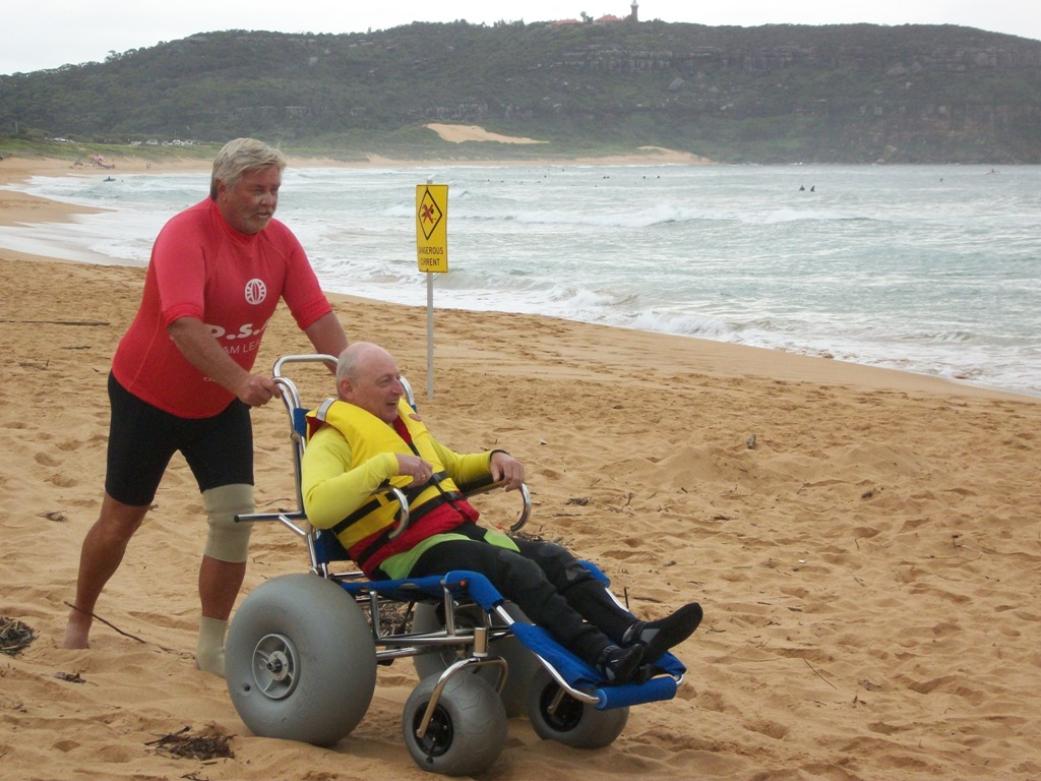 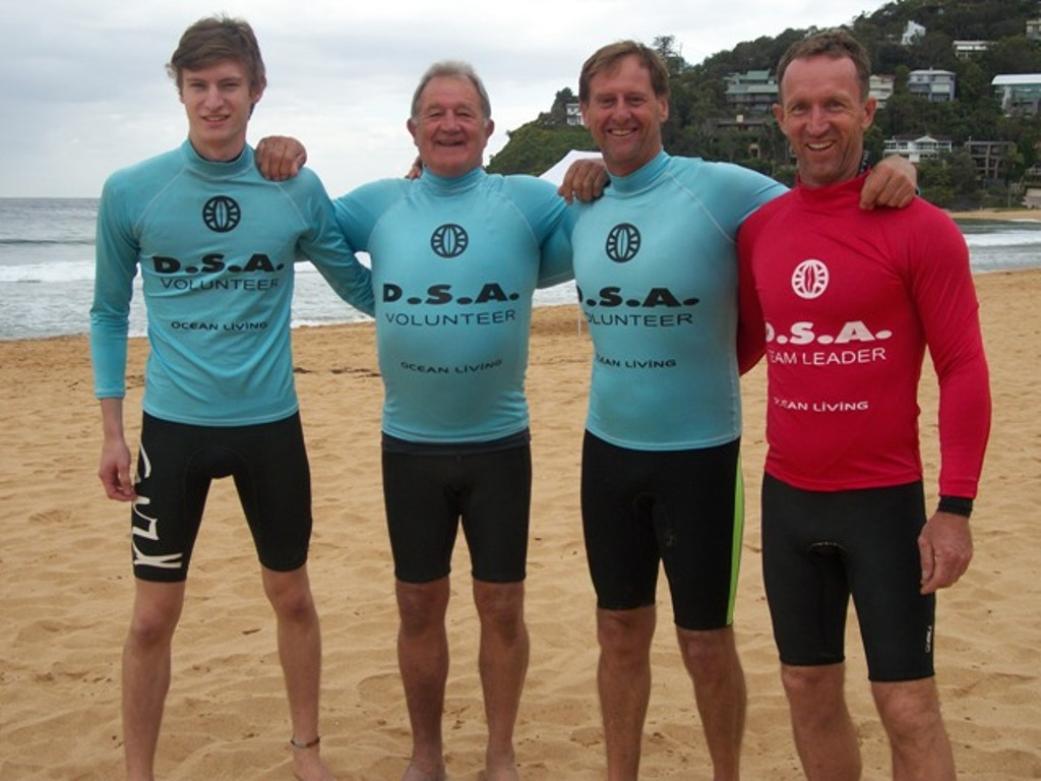 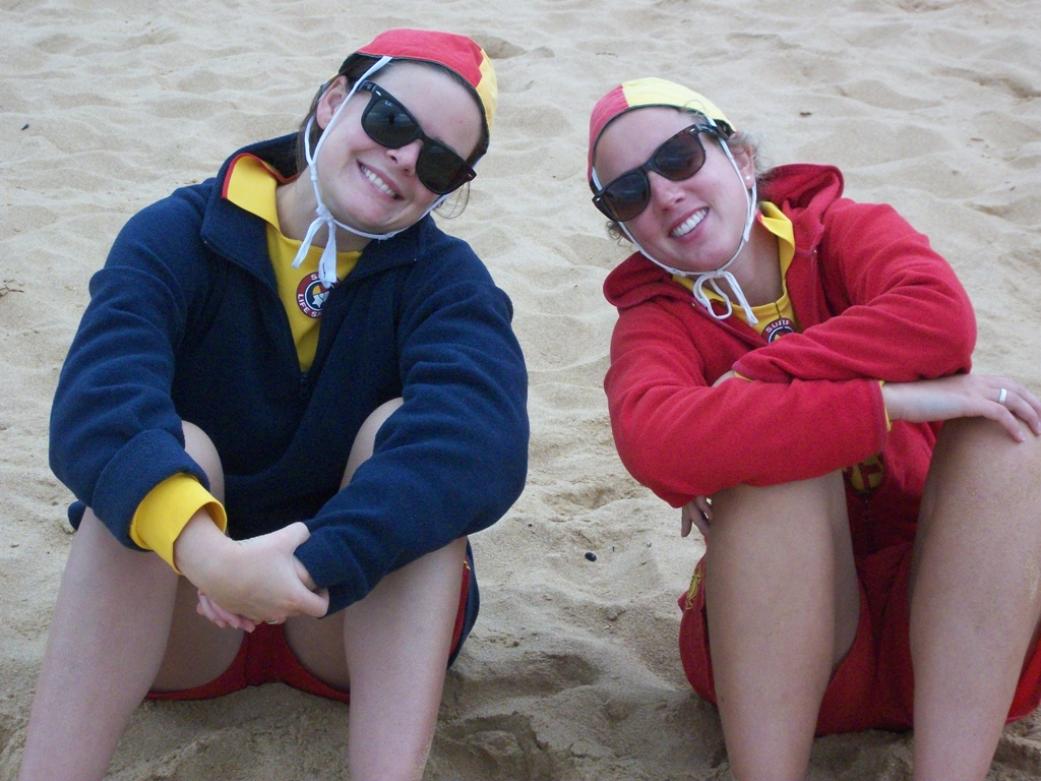 Article and Photos by A J Guesdon, 2012. All Rights Reserved.