Mr. Dunn served as Mayor of the first elected Pittwater Council from 1992 to 1994, following a number of years as a councillor. In 2005 Robert ran as an Independent in the Pittwater state by-election following the resignation of John Brogden, showcasing his commitment to and passion for the local area. He also ran against Bronwyn Bishop for the seat of Mackellar, in the 2004 federal election, securing 7.7 per cent of the vote. 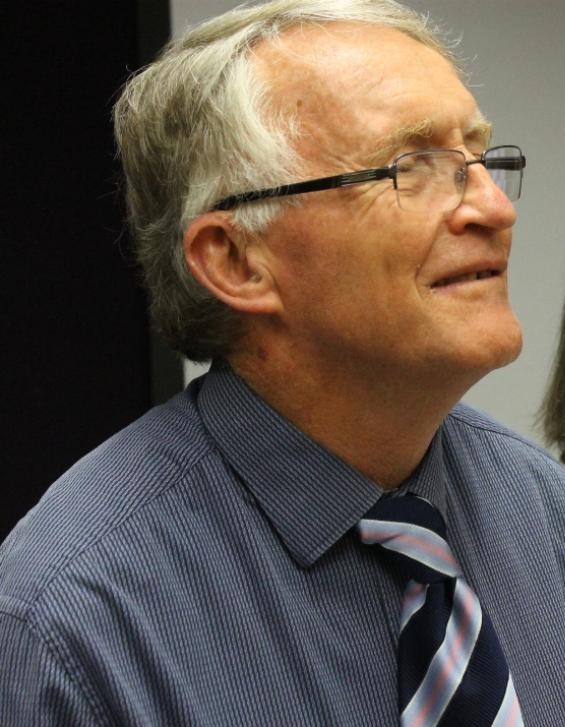 Robert had a long and distinguished career as a solicitor, business owner, local mayor and councillor. In 1973, following his time as a solicitor, Robert founded Dunn Legal, a law firm in Mona Vale that has become a trustworthy alternative to CBD law firms for Pittwater residents. Dunn Legal's practice areas include wills, estate planning, business sales and intellectual property protection. Robert's legal career has seen him protect the legal rights of many Australians, often at trying times in their lives, with Dunn Legal maintaining a reputation of client focused respect and diligence. Dunn Legal's success and longevity are a reflection of the hard work that Robert has put in and the poise with which he managed the firm. His son R. Simon Dunn has carried this tradition forward.
In recent years Mr. Dunn split his time between his love of Pittwater and his passion for Narooma, serving as the President of the Tilba Tilba and South Narooma Landcare group and was resolute in the pursuit of eradicating fireweed from the Eurobodella LGA. He applied the same straight-up straight talking there that won him so many supporters in Pittwater. He stood down in 2018 but remained part of the committee.
In 2013 Mr. Dunn released Pittwater Uprising!: A Secessionist's View, his personal memoir about the formation of Pittwater Council. The memoir goes into great detail regarding the events and dramas that went on leading up to Pittwater becoming a local government area. It serves as a great reminder of Robert's involvement in Pittwater and his fearless defence of its spirit, environment and autonomy.
Today Mona Vale is home to Robert Dunn Reserve, a park alongside Mona Vale Beach that stands as a tribute to Robert's work for the local community. It is a spot of great beauty, overlooking the vast ocean, and it encapsulates the great natural beauty that draws so many people to Pittwater.
Robert's achievements in law, politics and community work made him an incredible role model, and he will be greatly missed by all.
The community has lost two former Mayors of the Pittwater LGA in one week in Lynne Czinner and Robert. A very sad time for our community.
Sincere Condolences and deepest sympathies to Robert's wife Carolyn, sons Simon and Angus, daughters Edwina and Hannah, and all family members at this very difficult time. 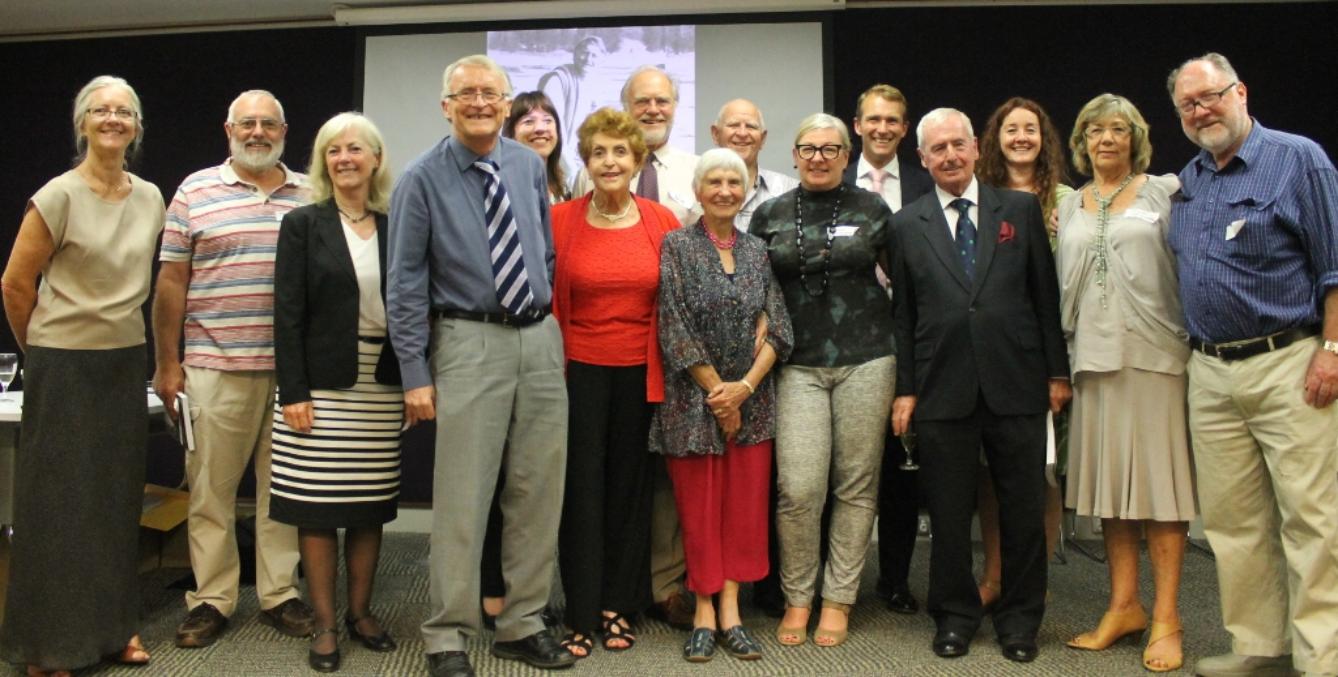 The HONOURABLE ROB STOKES, MP for Pittwater and NSW Minister for Planning and Public Spaces:

Last week Pittwater lost one of its giants, Robert Dunn, Warringah Shire Councillor, first elected mayor of Pittwater Council, respected solicitor, patron and member of many community groups, husband to Carolyn, father to Simon, Angus, Edwina and Hannah, friend to countless others and mentor to me. Robert passed so suddenly, so unexpectedly, that I still cannot quite believe I am delivering this tribute. Robert comes from a family known for its longevity, so I presumed he would be around for a very long time. And certainly, given that brevity was a concept unknown to Robert, most of Pittwater assumed that he would be talking to us all, pretty much without drawing breath, for another few decades.

Robert's biggest enemy was always his watch. There were never enough hours in each day—but he certainly made the most of them. No matter what time you might have left Mona Vale pub in the early morning hours, one certainty is that the lights at Dunn Legal (Robert T. Dunn & Co), Lawyers & Solicitors, would still be burning brightly, as Robert's enormous intellect was focussed on solving a legal, political, environmental or social problem on behalf of his community or his clients. I constantly marvelled at Robert's seemingly boundless energy and enthusiasm. He was a fit man, always down at Newport pool doing laps, at Mona Vale Golf Course or walking up Newport Hill like a spritely, sure-footed mountain goat.

Robert loved cars. I recall once returning from court with Robert in his low-slung sedan during a thunderstorm when he explained that his windscreen wipers did not work. I suggested we pull over. Robert, however, trusting the aerodynamic profile of his vehicle, preferred to speed up on the logic that the water would simply sheet off the windscreen so that we could see the road again. Fortunately there was no-one in front of us—not that we would have seen them—and we got back to the Mona Vale office in one piece.

I was blessed to have Robert as a mentor. I first met him at a community carols event in Mona Vale, and was instantly drawn to his warmth, humour, intellect, compassion and community spirit. He was an enigmatic character, frustrating, impossible, but loveable.

Working in his office was like attending a family get‑together: Glenda doing conveyancing, Nicole engaging the clients at reception, Robert doing dictation pacing in his office, various children running around or doing homework, and others coming and going. It was a warm, friendly place, filled with the musty smell of ancient legal files and the laughter of children. For me it offered an incredible juxtaposition. While I worked with Robert in a small suburban law firm built on love and on compassion for clients, built on a real sense of obligation to the community, I also worked in a large multinational law firm in the city, which was cold and sterile and focused on the bottom line. While Robert never earned a huge amount of money—always discounting his legal bills to clients—he led a rich life, full of contribution and significance: his family, his community. Yet many partners at the other firm I worked with earned huge sums, but led a miserable, inconsequential existence, full of selfish ambition and material acquisition, but little else. Of course that was not true of all of them, but the point was still clear to me: Existence is made richer by being embedded in the community, not removed from it.

It was Robert's example that drew me to politics: His determination to observe process, to challenge power, to engage the community, and to foster and celebrate democracy. One of Robert's seminal achievements was to lead a community revolt against a detached, disinterested, and demonstrably corrupt Warringah Shire Council to establish a new council to serve the people of Pittwater. The new council was designed to be the very antithesis of Warringah—to be humble, focused on preserving a unique natural environment, focused on service not on grandeur. Now that both Pittwater and its nemesis, Warringah, have been replaced by a single council to serve the whole peninsula, Robert's vision stays as true today as it was 30 years ago: Local government must never forget the grassroots, and, in a place as special and unique as Sydney's northern beaches, it must protect the precious environment of which it is a principal custodian. During the 1987 Warringah Shire Council elections Robert ran his campaign with the slogan Progress with Preservation. His campaign banner read:

On environment issues it's important to seek sensible compromise, not confrontation between development and conservation, but—above all—to ensure and enhance the preservation of our unique environment.

As recent events attest, this remains pertinent in New South Wales today. But perhaps the last word should go to Mayor Tanino of Tadaoka, Japan, with whom Robert established a sister city relationship that endures to this day, who summed up Robert Dunn as an Australian politician better than Bob Hawke. What more is there to say?

It is so sad to hear that Robert so wise and strong is no longer with us. I can still hear him saying “ The short way is the long way and the long way is the short way. A beautiful man who achieved so much . Never to be forgotten by the community.

The old guard, advocates and activists for Pittwater passing. So sad. Let's not forget them.

I will miss Roberts leadership, friendship and integrity. Thank you. 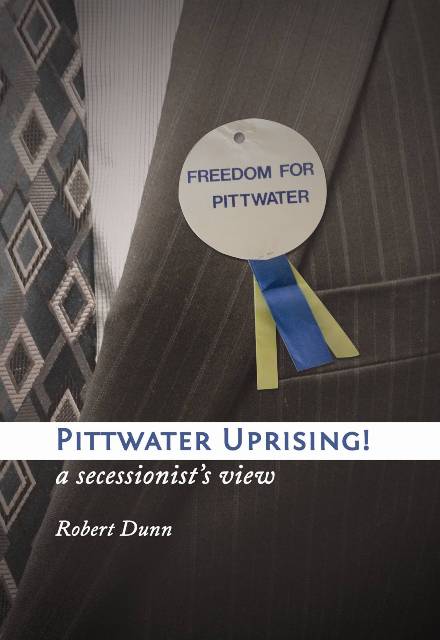 Launching his book in 2013 recounting the fight to establish Pittwater, Robert Dunn joked with supporters at Mona Vale Library that they needed to take care with their copies of it because the glue would take 24 hours to dry. By contrast, “Pittwater itself will never fall apart”, he said.

What a bitter disappointment it must have been to him, Pittwater’s first elected mayor, and others like fellow councillor Eric Green, a union advocate and his brother at arms in the battle for succession from Warringah, when in 2016 the NSW government eliminated the council in a Northern Beaches-wide merger.

However, Mr Dunn and those who stood with him showed what’s possible when the community is united.

Another former Pittwater councillor involved in that fight for secession was Protect Pittwater’s chairman Bob Grace, who remember Mr Dunn doing “everything for Pittwater” as the unofficial leader of the group.

“Warringah was more for development and high density. Pittwater was unique and it became a unique council.

“And being a smaller council, everyone had a say and everyone’s views were represented.”

Other Protect Pittwater members remember Mr Dunn’s solid work, and his generosity as mayor, being prepared to take calls from residents and residents’ groups to answer any questions or check local history.

As mayor and at the local legal practice that he ran, he was “a man of integrity, he was a gentleman with lovely manners, and a very good solicitor”, Mr Grace said.

“He had an honest smile, an outgoing personality and loved a game of golf.

“It was a real shock when he passed on because I thought he was in very good health.”

This was especially true because of the loss of another former Pittwater Mayor and Protect Pittwater member, Lynne Czinner on September 11.

Many residents gave enormous amounts of time and energy in the fight to establish Pittwater, but Mr Dunn was at the forefront. He is sadly missed but we will make sure his efforts were not in vain.