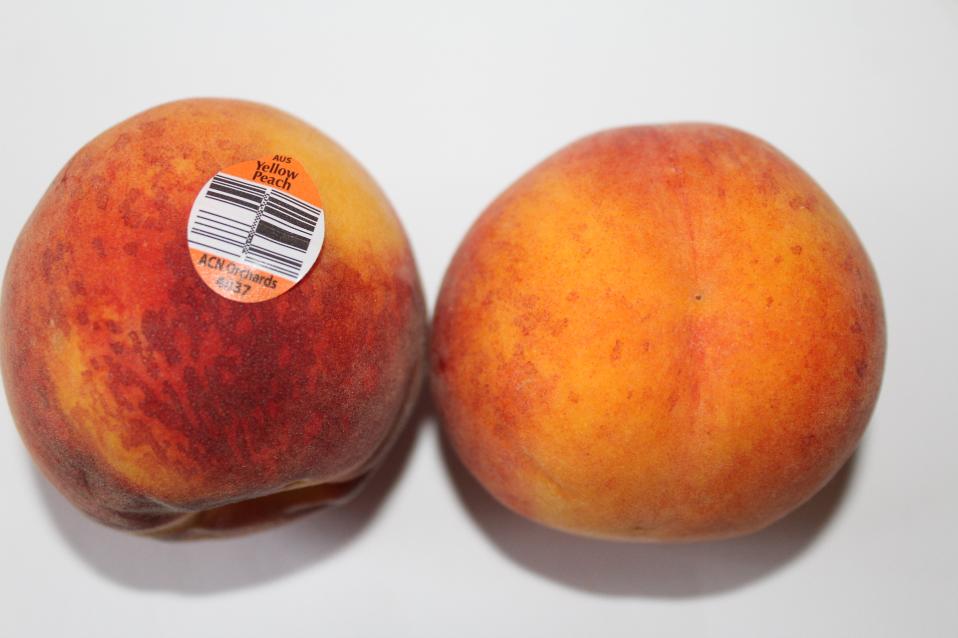 Large Australian Yellow Peaches are currently available in shops and very sweet and juicy. The boxes state they're from Wyong - so no cold storage and long travelling times there - and the prices, at $3 a kilo, indicate we are in the middle of harvest season for this particular variety of scrumptious fruit.
Peaches are classified into two categories—freestones and clingstones. Freestones are those whose flesh separates readily from the pit. Clingstones are those whose flesh clings tightly to the pit. Some may be unaware that nectarines and peaches are actually the same species.
They average around 35 calories per peach and as well as being a sweeter alternative to any lolly are packed with vitamins. The peach has Vitamins A, C, E, K and six of the B complex vitamins. Vitamin A and beta carotene helps you achieve optimal vision, while vitamin C is an antioxidant that is helpful to your immune system. Although peaches provide lower levels of vitamins E and K, they reside in significant quantities within the peach. Vitamin E is another antioxidant, while vitamin K is essential to your blood clotting capabilities. Peaches are also a source of thiamin, riboflavin, vitamin B-6, niacin, folate, and pantothenic acid, all valuable nutrients when it comes to your cells and nerves.
Although its botanical name Prunus persica refers to Persia (present Iran) from where it came to Europe, genetic studies suggest peaches originated in China, where they have been cultivated since the neolithic period. Until recently, it was believed that the cultivation started c. 2000 BC. More recent evidence indicates that domestication occurred as early as 6000 BC in Zhejiang Province of China. The oldest archaeological peach stones are from the Kuahuqiao site. Archaeologists point to the Yangtze River Valley as the place where the early selection for favorable peach varieties probably took place. Peaches were mentioned in Chinese writings and literature beginning from the early 1st millennium BC.
In Australia they were grown by the first settlers, with people alike William Furber, a neighbour of James Squire, offering them within years. This Notice from the Sydney Gazette, which began publication in 1803, is just one example:
SYDNEY WHARF.---On Saturday Morning last, 5 boats came in from Kissing Point with fruit, vegetables, potatoes, poultry, &c. Peaches sold from 3d. to 6d. per dozen, melons from 4s. to 5s. per doz. plants 6d. per hundred, potatoes from 10s. to 12s. 6d. per 100lbs. : Full grown fowls 3s. each, half grown do. 1s. 6. each.  A RUM EFFECT. (1803, March 12). The Sydney Gazette and New South Wales Advertiser (NSW : 1803 - 1842), p. 4. Retrieved from http://nla.gov.au/nla.news-article625449
Mr. Furber was selling peach trees:
Peach Trees.
To be sold by William Furber, settler at Kissing Point, a quantity of bearing peach trees of the Early Newington and other delicious kinds, from 1 to 5s. each. — Those who wish to lay out their grounds to advantage without the tedious delay of rearing the plant, would find their advantage in an early application to the advertiser, who will warrant those that are purchased as bearing trees, to be so. Classified Advertising (1807, July 26). The Sydney Gazette and New South Wales Advertiser (NSW : 1803 - 1842), p. 1. Retrieved from http://nla.gov.au/nla.news-article627477
It would be likely local Pittwater settlers also had a peach tree or two, which was followed by orchards with prize winning fruit. This 1881 article shows some of the fruit available to visiting 'excursionists' soon after the Newport Wharf had been installed:

Lane Cove And Pittwater.
(BY OUR TRAVELLING REPORTER.):

Another trip I took very recently, via Manly to Pittwater, or rather Newport, as I suppose it will in future be known by. I was fortunate enough to be included in a party of four, and, like the previous one, found this journey an extremely pleasant one. Taking a couple of conveyances from Manly, we drove on a very well made road 'some 14 miles or so, passing enroute through a very large shallow lagoon, connected with the ocean by a narrow outlet. I was informed that it was the duty of some official to so " manipulate" the sandbank at the latter place as to keep the crossing place as safe as possible, by allowing free outlet for the water. It is to be hoped that this gentle-'man does not neglect his work, as I understand it is a matter that requires constant attention. Arrived at the embryo township of Newport, we had just time to give a passing glance around before our brief sojourn was over. There is already a small quay where the American pine is landed that the one house-an hotel-is being partly constructed of. The place is very beautiful, and the gentlemen interested therein, Messrs. Mills, Pile, and Jeannerett, deserve well of the Sydney people for their enterprise in making another "extra desirable" resort of the metropolitan citizens. I may mention, concerning the lagoon we had to got through, that a bridge thereon is already on the tapis, that will place Newport within three hours of the General Post-office. And thus, so far; ends, my suburban pilgrimage, which I have as heartily enjoyed as anything of the sort it has been my good fortune to experience. Lane Cove and Pittwater. (1880, August 28). Australian Town and Country Journal (NSW : 1870 - 1907), p. 18. Retrieved from http://nla.gov.au/nla.news-article70947110 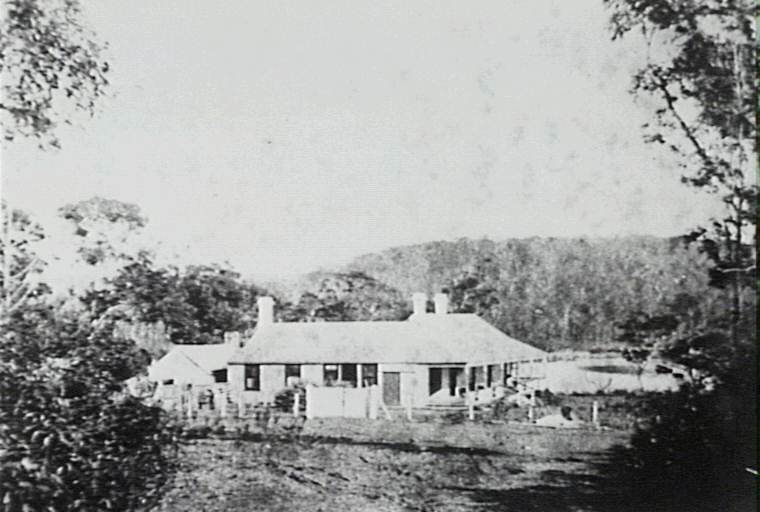