As The Dust Of The Election Settles, Australia’s Wildlife Still Needs A Pathway For Recovery 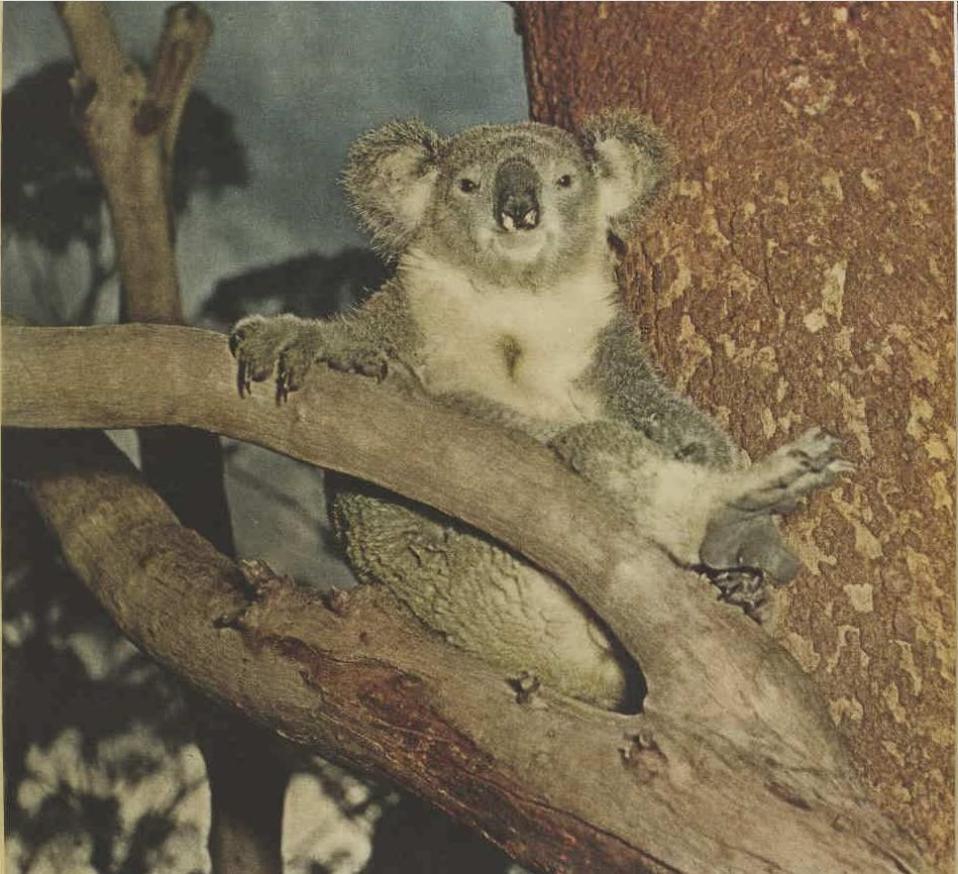 The environment was a key concern in the recent federal election. It was also a polarising one, with concerns raised about regional industries and livelihoods. But jobs and environment need not be locked in battle: there are pathways that secure a better future for both our environment and future generations.

It’s just over two weeks since the global announcement that extinction looms for about a million species. The warning may have been partially lost in the noise of Australia’s election campaign, but it should resonate long after the political dust settles. This scale of loss will have catastrophic consequences not only for nature, but for us too.

The good news is many of the key steps to addressing Australia’s ecological challenges are also wins for jobs, industry and social well-being. Others involve more difficult choices, but could be helped with careful strategic planning and the active involvement of all those with a stake. All require factoring in costs and benefits not only to our generation, but also to generations of the future.

Here are seven suggestions to get us started.

More than 60% of Australia is managed for agricultural production. Agriculture is a major driver of species loss both at home and abroad. Yet we know it is possible to manage our agricultural landscapes for wildlife and productivity. Actions like restoring native vegetation, establishing shelterbelts, and creating wildlife-friendly farm dams can help maintain or even boost farms’ productivity and resilience, including in times of drought.

Many farmers are already doing this but their efforts are undermined by policy instability. Political leadership and incentives such as stewardship payments and direct carbon investments are needed to support farmers as they increasingly support the nature from which we all benefit.

2. Nature-based solutions for our cities

About 90% of Australians live in cities, and the rapid expansion of our urban areas brings serious livability challenges. Urban nature can be a key part of the solution, providing a remarkable range of health and well-being benefits.

Cities can be hotspots for threatened species, and are justifiable locations for investing in nature for its own sake. There is substantial opportunity to create policy and regulation that can allow investment and innovation in nature-based solutions in cities.

Indigenous people prospered for millennia in Australia by forging deep connections with land, water and sky. But these connections are ever harder to maintain in the face of two centuries of colonialism and disruption to traditional lore and custom.

Traditional ownership is now recognised for nearly half of Australia’s protected area estate. Increasing investment in Indigenous ranger programs from the current 6% of the conservation estate budget and incorporating traditional knowledge could deliver many social, environmental and economic benefits. 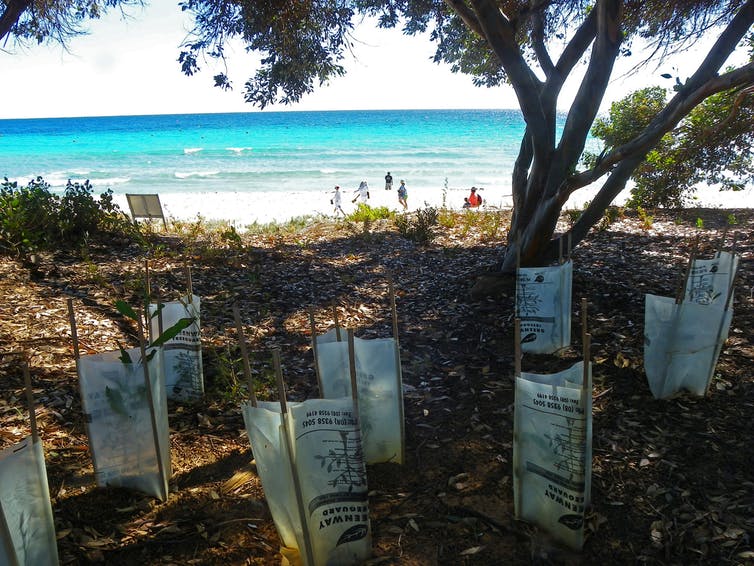 Foreshore revegetation is one process that can help species recover. CSIRO, CC BY

Many valiant efforts to help threatened species are undertaken by dedicated groups with often limited resources. They have shown that success is possible. But to prevent extinctions we need much greater investment in strategic and committed management of species, and of pervasive threats like changed fire regimes and changed water flows. Australia’s investment in biodiversity conservation is low compared with other countries, particularly in light of our high rates of species loss.

Investing in threatened species and conservation works. Involving the community in recovery actions can also create employment, skills and many other benefits, especially to rural and Indigenous communities.

Much of Australia’s wildlife is threatened by introduced species – predators, herbivores, weeds and disease. Chytrid fungus, introduced through the pet trade, has devastated frog populations. New pathogens like myrtle rust, which affects many Australian plants, look set to repeat this scale of loss. Invasive predators such as cats and foxes are the single biggest threat to most of Australia’s threatened mammals, some of which survive only on islands and inside fenced areas.

Strong biosecurity, of the kind that has long helped Australian agriculture, is vital to prevent introductions of new invasive species. New havens are needed in strategic locations, underpinned by national coordination and partnerships, to help protect species like the central rock rat that are still not safe from predators. 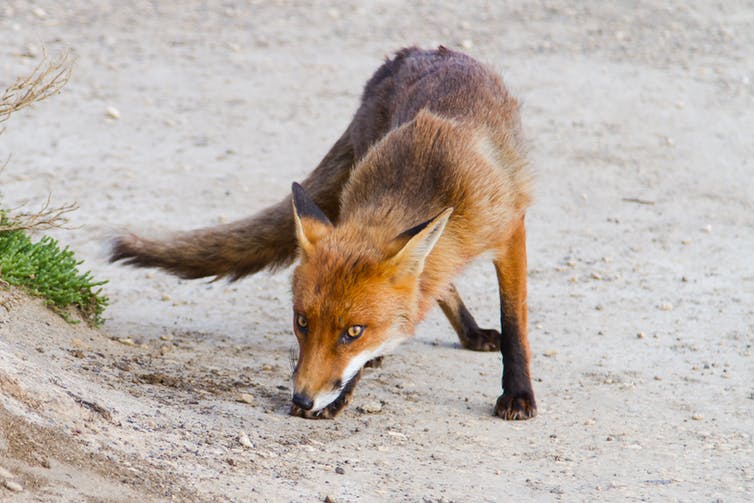 Regional development, mining and urban expansion are part of our economy. They can also harm species and ecosystems.

Improving resourcing for decisions about environmental approvals can ensure they are underpinned by sound science. Independent oversight and review could help ensure environmental approvals are credible, transparent, and consistent with Australia’s conservation commitments. Strengthening and expanding protections for critical habitat could ensure our most vulnerable wildlife is protected.

Development can be designed to avoid wholesale devastation or “death by 1,000 cuts”. But ensuring that crucial species habitats are protected will require careful planning based on strong environmental and social science. Applying existing provisions for integrated environmental assessments, fully resourcing these processes, and ensuring all affected people – including local and Indigenous communities – are involved from the start, can help plan a future that works for industries, communities and natural and cultural heritage.

7. Minimise and adapt to climate change, including by investing in biodiversity

Climate change threatens our communities, economy, health, and wildlife – it is changing our country as we know it. It has already contributed to the extinction of species such as the Bramble Cay Melomys. Impacts will certainly worsen, but by how much depends on whether we take strong action.

Many communities, businesses and governments are aiming to tackle climate change. Strategies such as greening cities to reduce heat islands can help native species too. Investing in biodiversity-rich carbon storage (such as old growth forests) can boost regional economies. Options include restoring native ecosystems, boosting soil carbon, managing fire, and transitioning native forests from timber harvesting to being managed for carbon, while sourcing wood products from plantations.

Read more:  Government needs to front up billions, not millions, to save Australia's threatened species

Our economy, communities, cultures, health and livelihoods depend on environmental infrastructure – clean water, clean air, good soils, native vegetation and animals. As with Indigenous sense of place and identities they are entangled with the creatures that share our unique and diverse continent. We steal from future generations every time a species is lost.

For our sake and that of our descendants, we cannot afford to disregard this essential connection. Investing in natural infrastructure, just as we invest in our built infrastructure, is the sort of transformational change needed to ensure our communities and economy continue to flourish.

This Article appeared first in The Conversation. Republished under Creative Commons licence.