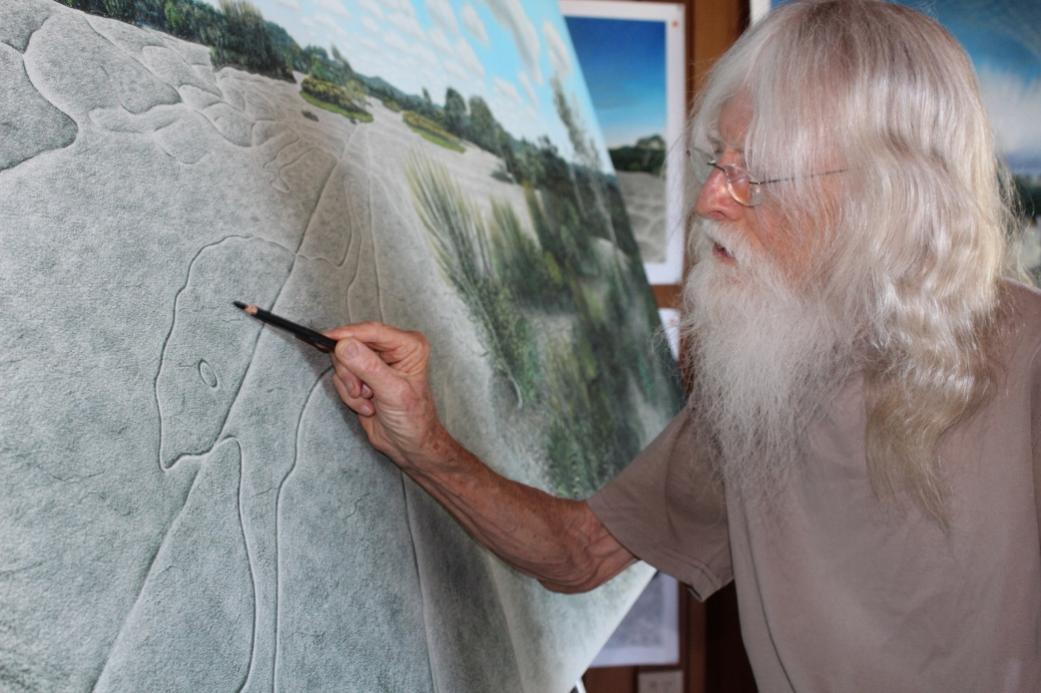 First held in the Newport Community Centre last year, Mick is staging this exhibition in three local reserves on over three weekends in December to raise money to support the purchase of the endangered littoral rainforest above Porter Reserve, Newport, so that it may be integrated into the adjoining Attunga and Porter Reserves.

The exhibition will begin in the Governor Phillip Park, Palm Beach for the weekend of December 1/ 2, move to Porter Reserve, Newport for December 8/9 and end on the waterfront outside Pasadena for December 15/16. The paintings will be displayed outdoors on easels and works on paper in a specially constructed pop-up art gallery.

Also showing will be Dancing with Strangers, Mick’s first History painting - depicting the first encounter of Europeans with Aboriginal people on the shores of Pittwater in March,1788 when they both danced together.

The exhibition will begin at 2pm on Saturday December 1 in Gov. Phillip Park, Palm Beach with a smoking ceremony -  and will be opened by eminent Yuin Elder Uncle Max Dulumunmun Harrison.