Dundundra Falls Reserve is a 40 hectre Crown Land reserve in Terrey Hills. It was notified for the purpose of Public Recreation on January 11th, 1935:

IT is hereby notified that under the provisions of scction 30 of the Crown Lands Consolidation Act, 1913, the reserves from sale, lease, etc., hereunder described, are hereby revoked.

E. A. BUTTENSHAW, Minister for Lands.

For insights into the 1881 proposal to have a railway from Lance Cove/Gordon to Pittwater, visit History page: Roads To Pittwater: The Mona Vale Road

“Dundundra” was a pastoral station in the Southern Highlands of NSW near Bombala from 1848 that had formerly been known as “Chain-of-ponds,” (Gazette) which may be a clue to its renaming with the Aboriginal language word “dundundra” subsequently recorded in 1904 in that area as meaning “rapid or waterfall” (Science of Man). Later listings of “dundundra” (eg. Thorpe) have only the meaning of “waterfall,” without any reference to the source of the word.

Minister for Land and Water Conservation.

Reserve No. 65042 for the public purpose of public recreation at Terrey Hills, notified in the Government Gazette of 11 January 1935.

The Reserve is home to a variety of plant habitat, native animals and birds as well as, as the name implies, waterfalls. Kieriens creek makes its way through the reserve and meets up with Neverfail Creek with a series of falls and cascades along the way.

The reserve is located on the southern side of Aumuna Road Terrey Hills. A fire trail, Larool Trail, runs along the eastern boundary connecting Aumuna Road to the southern part of Larool Road. It adjoins Dardabong Reserve which contains aboriginal rock carving to the south.

The reserve is Crown Land (i.e. the land is owned by the state government of New South Wales). The management of the reserve is done by a Land Manager group of volunteers from the local community under the guidance of the Crown Lands department.

The reserve can be used by all members of the community for walking, horse and bike riding. It is a great place to explore and appreciate the variety of the local vegetation and terrain and wildlife.

Much work is done throughout the reserve to control weeds and plantings to regenerate native bush. This is done by volunteers. Various grants over the years have funded regeneration efforts, with MP for Pittwater Rob Stokes announcing a grant of $77,505 has been provided under the NSW Government’s Restoration and Rehabilitation Program to help preserve and enhance the reserve’s native vegetation and fauna habitat in August 2018.

The bush regeneration group meets on the first Sunday of the month 8:30-11:30am (warm seasons - get the work done before the heat) 9:00-12:00 (cooler seasons). All are welcome to join in, although initial contact should be done via email at. Training in bush re-gen and OH&S is provided.

Send them an email at: Dundundrafalls@gmail.com, or contact the group by original mail at: PO Box 381, Terrey Hills, NSW 2084. Bushcare Group details and more at: https://dundundrafalls.weebly.com/

This Issue and in keeping with the current focus of offering walks and views of what's happening outdoors for those who cannot get there at present, regular Contributor Selena Griffith takes her turn to take you on a visual stroll and shares some photos taken on a stroll through this wonderful reserve on Saturday August 22nd, 2020. Also included is a photo of a sundew and final splash of three coloured wildflowers in one frame Selena took the weekend before during another 'stroll' through Ku-ring-gai Chase National Park to West Head. 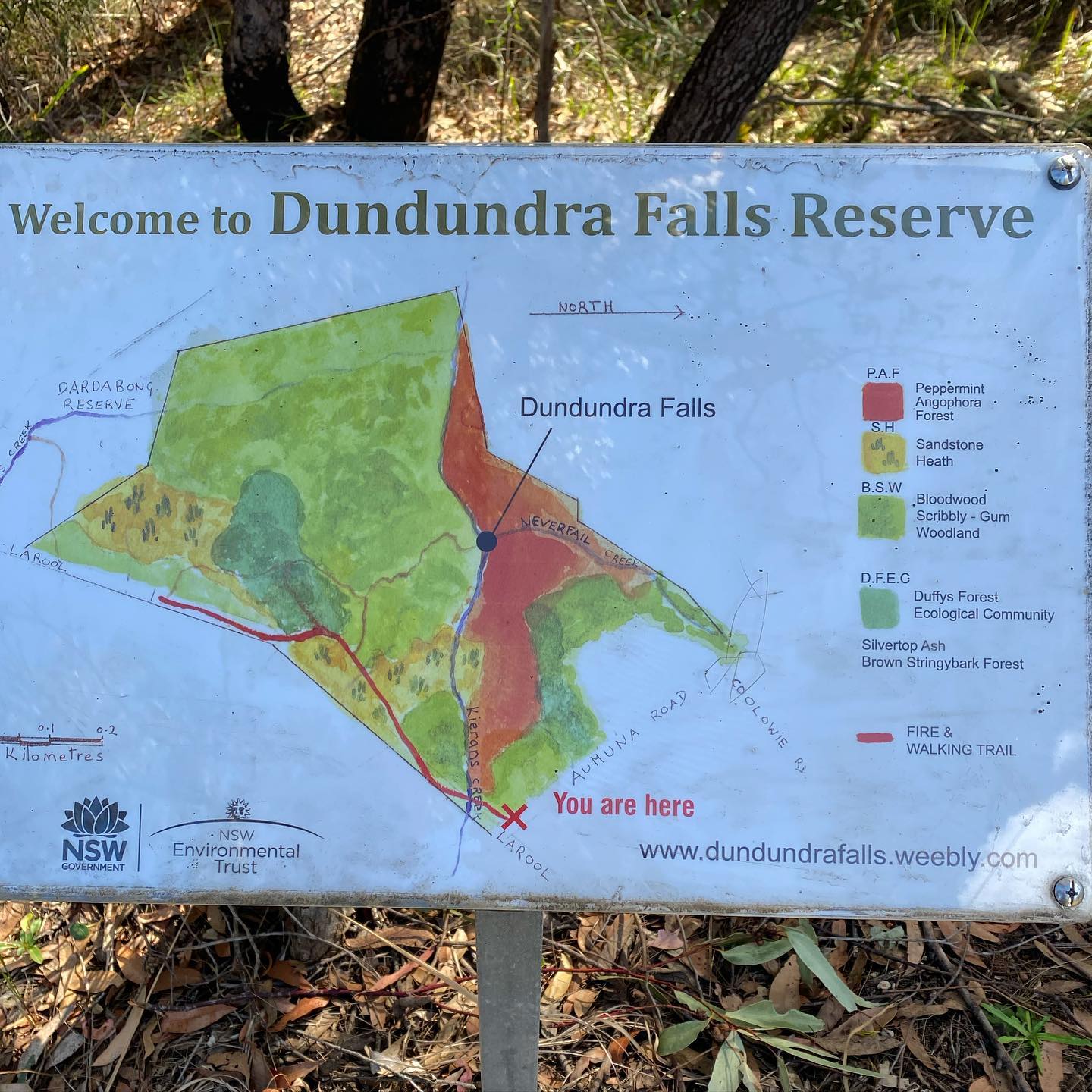 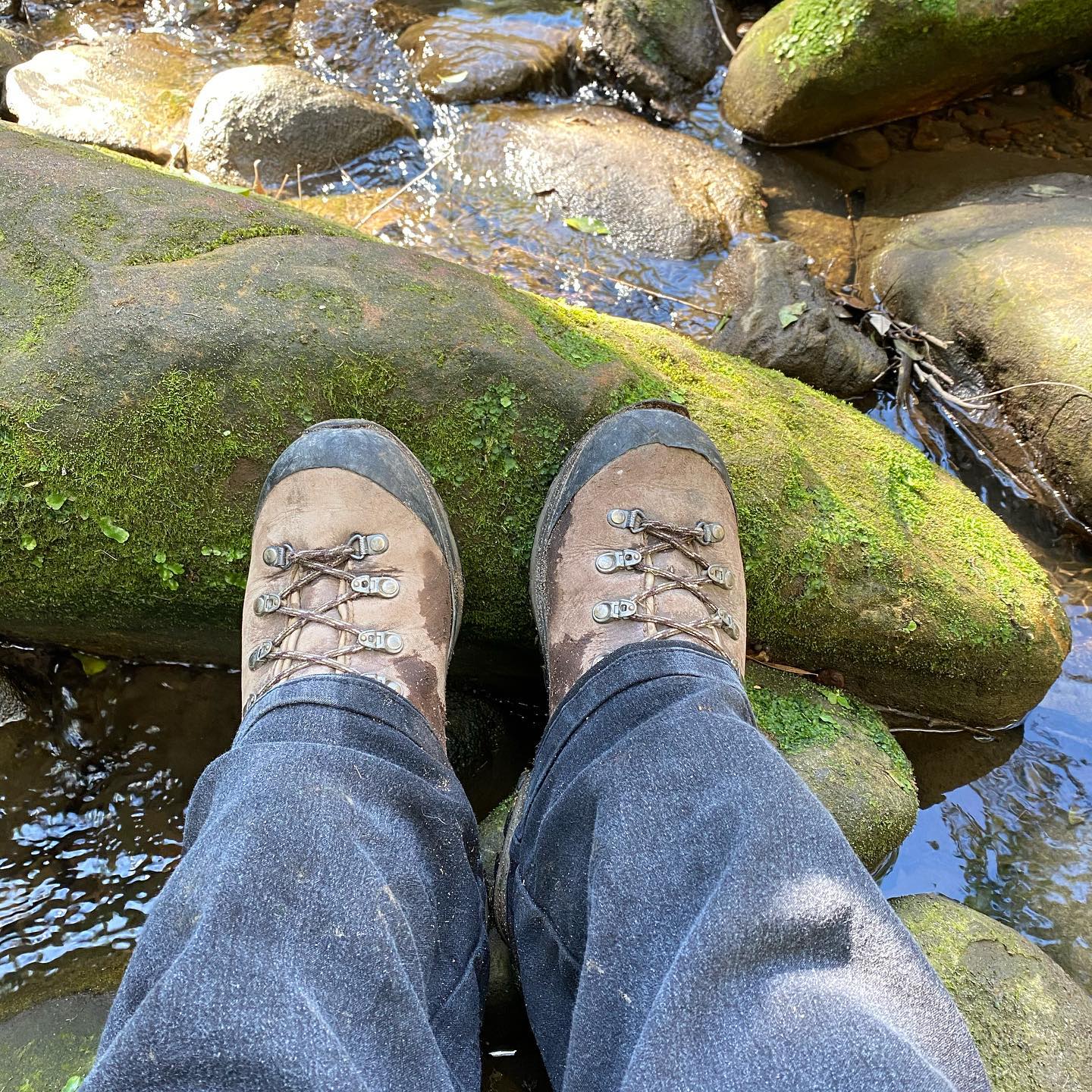 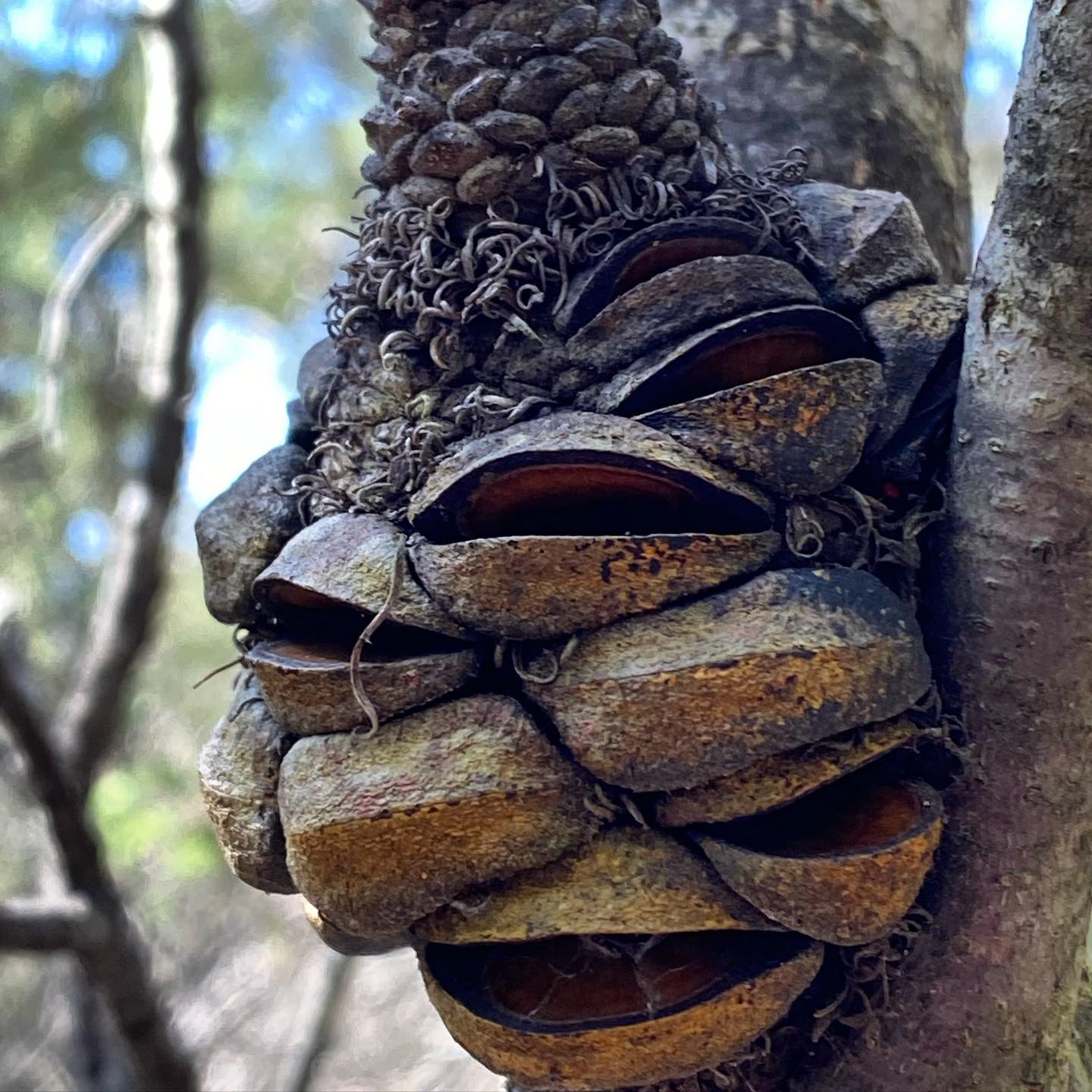 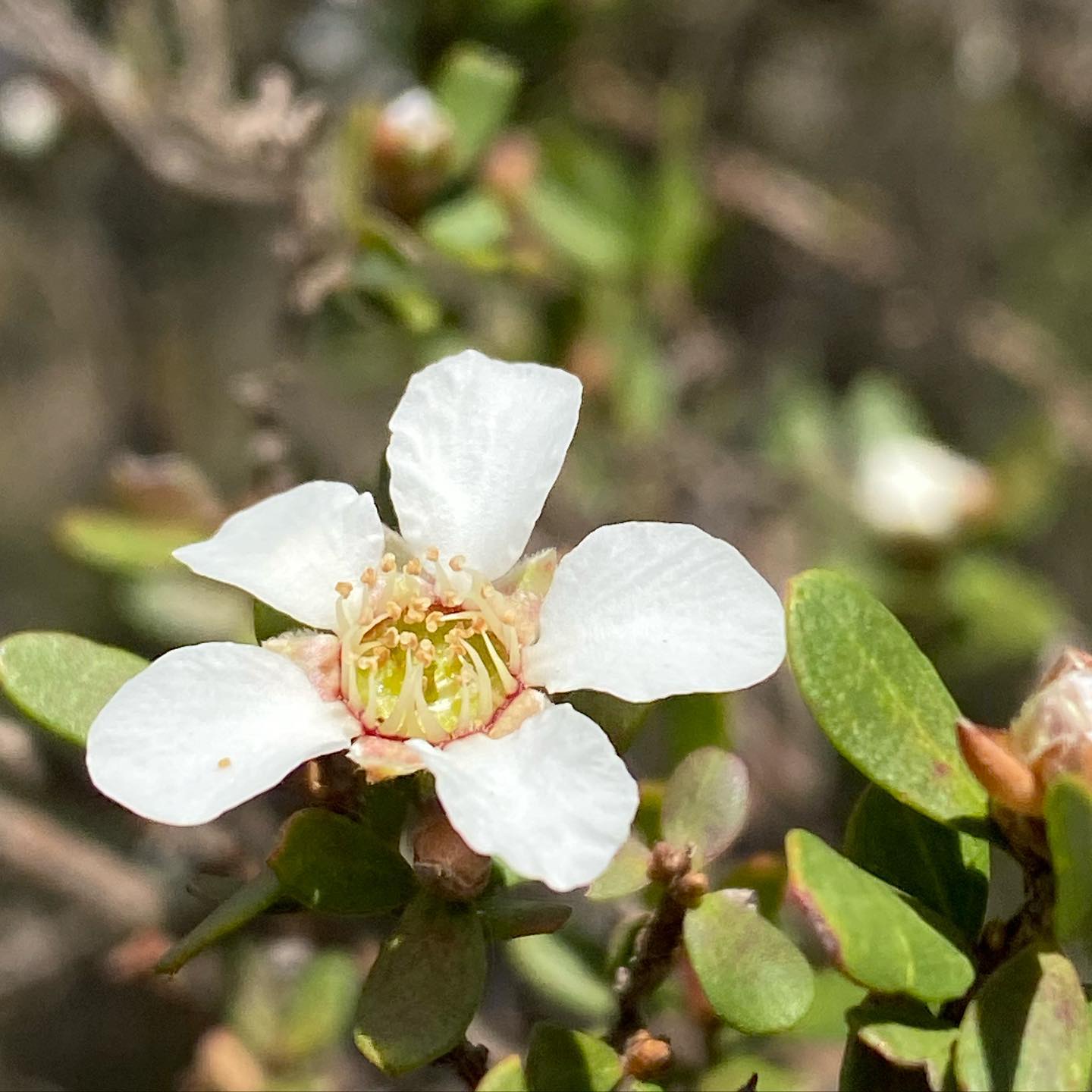 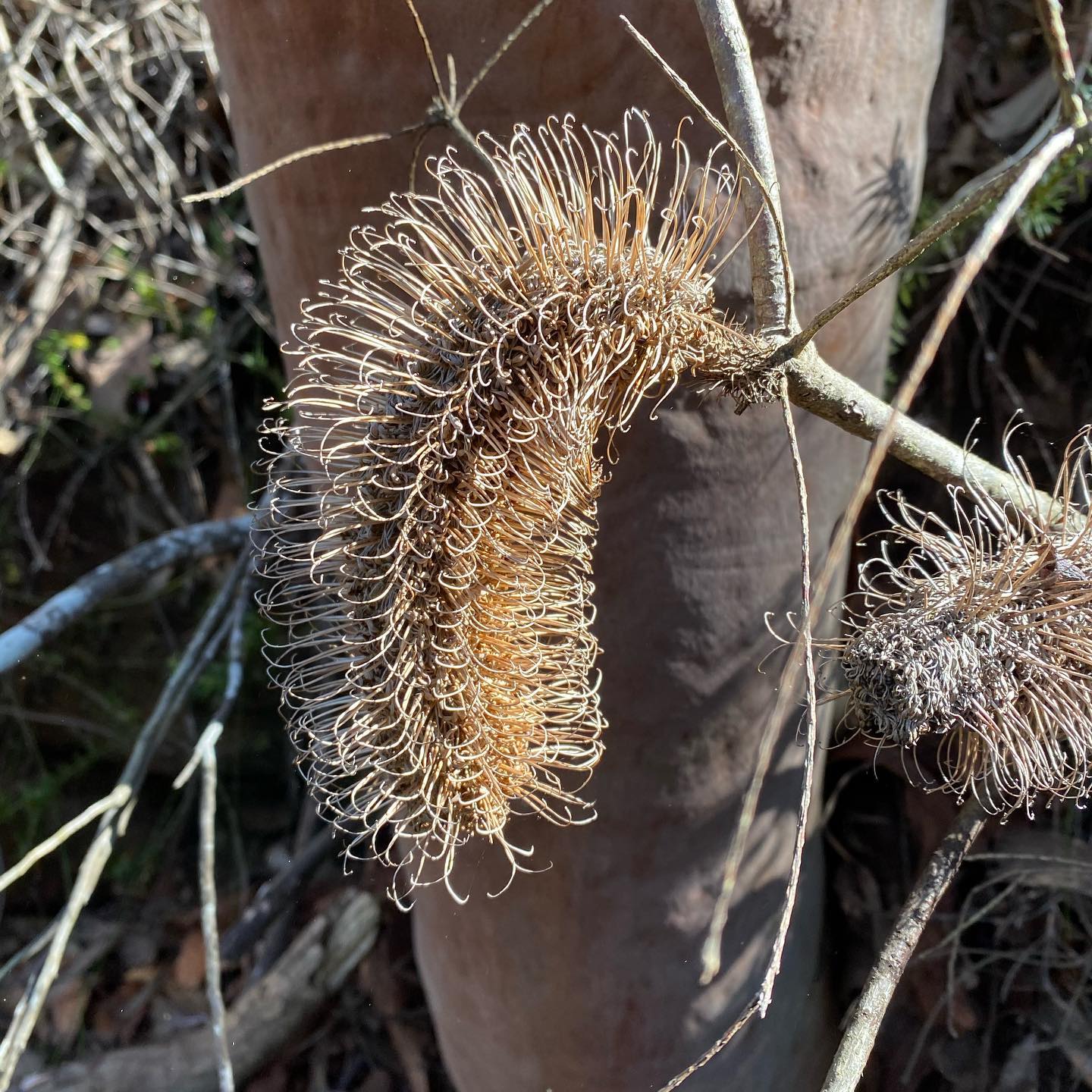 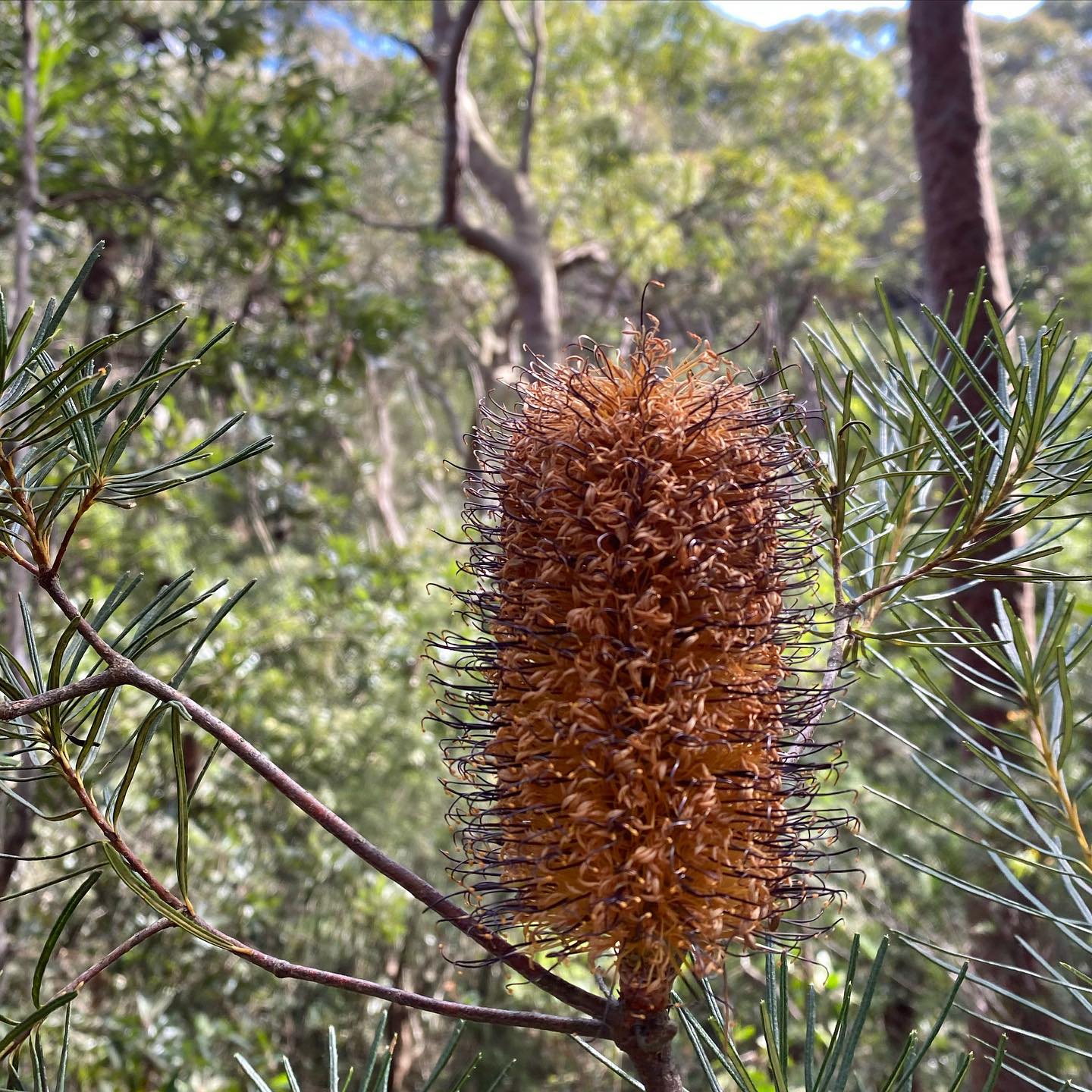 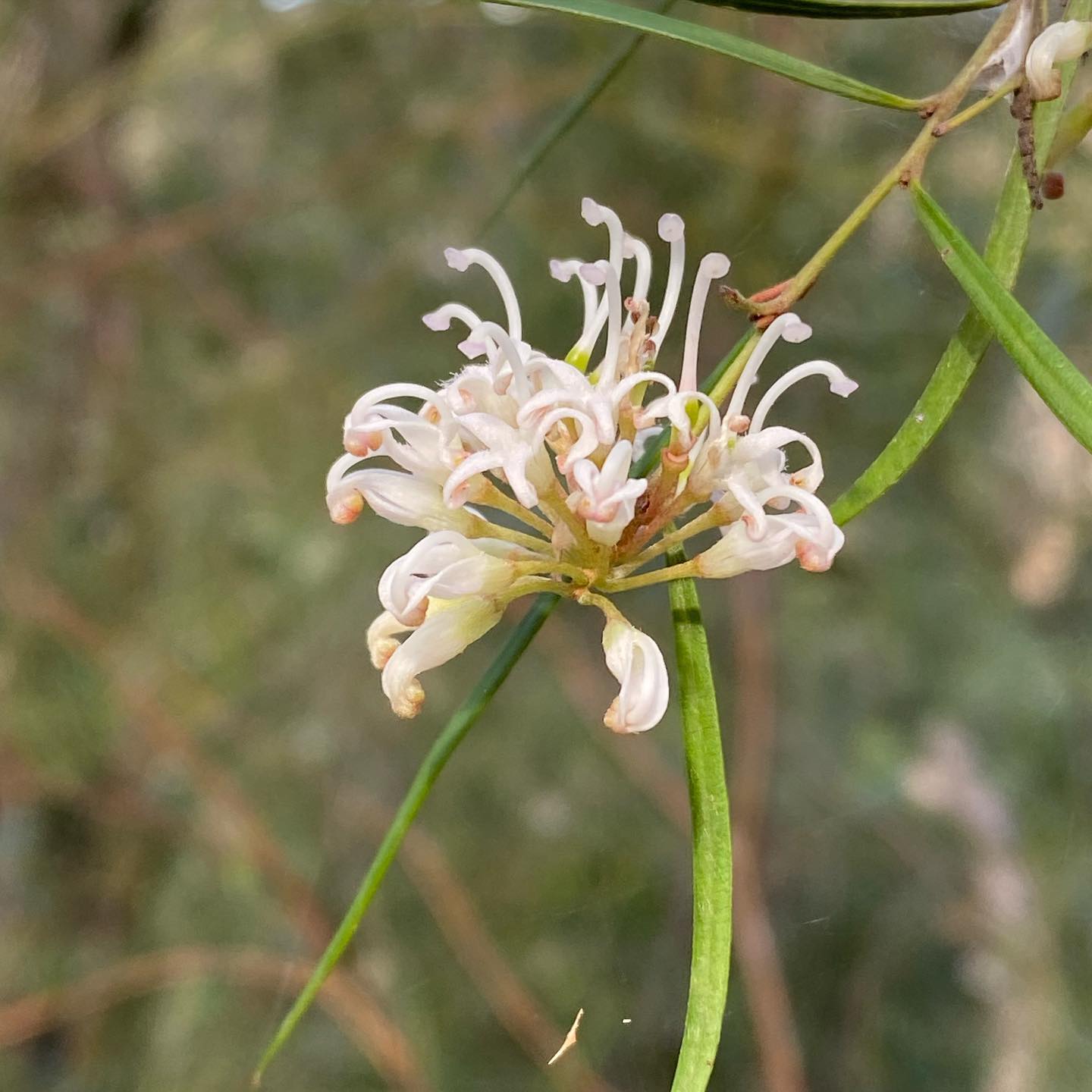 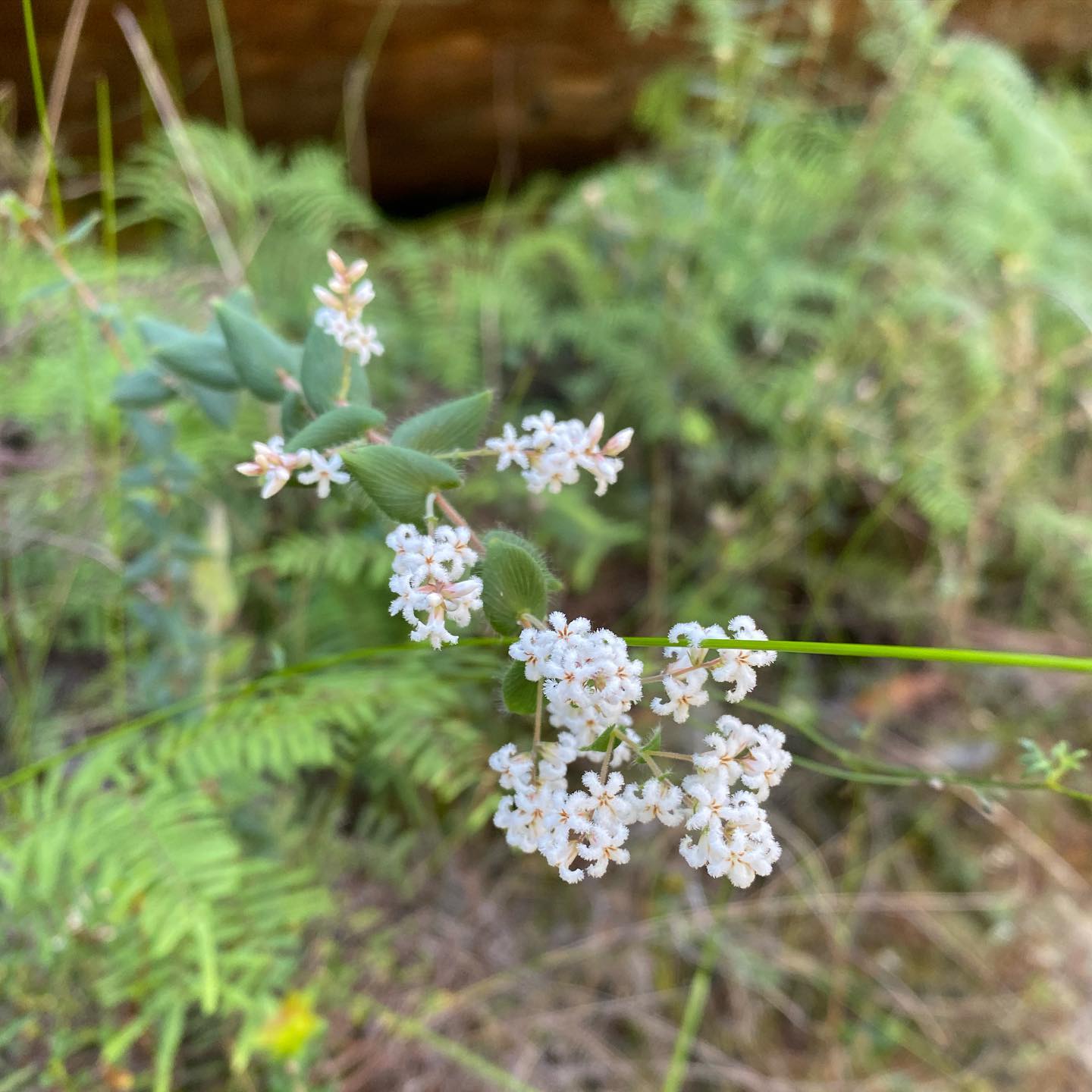 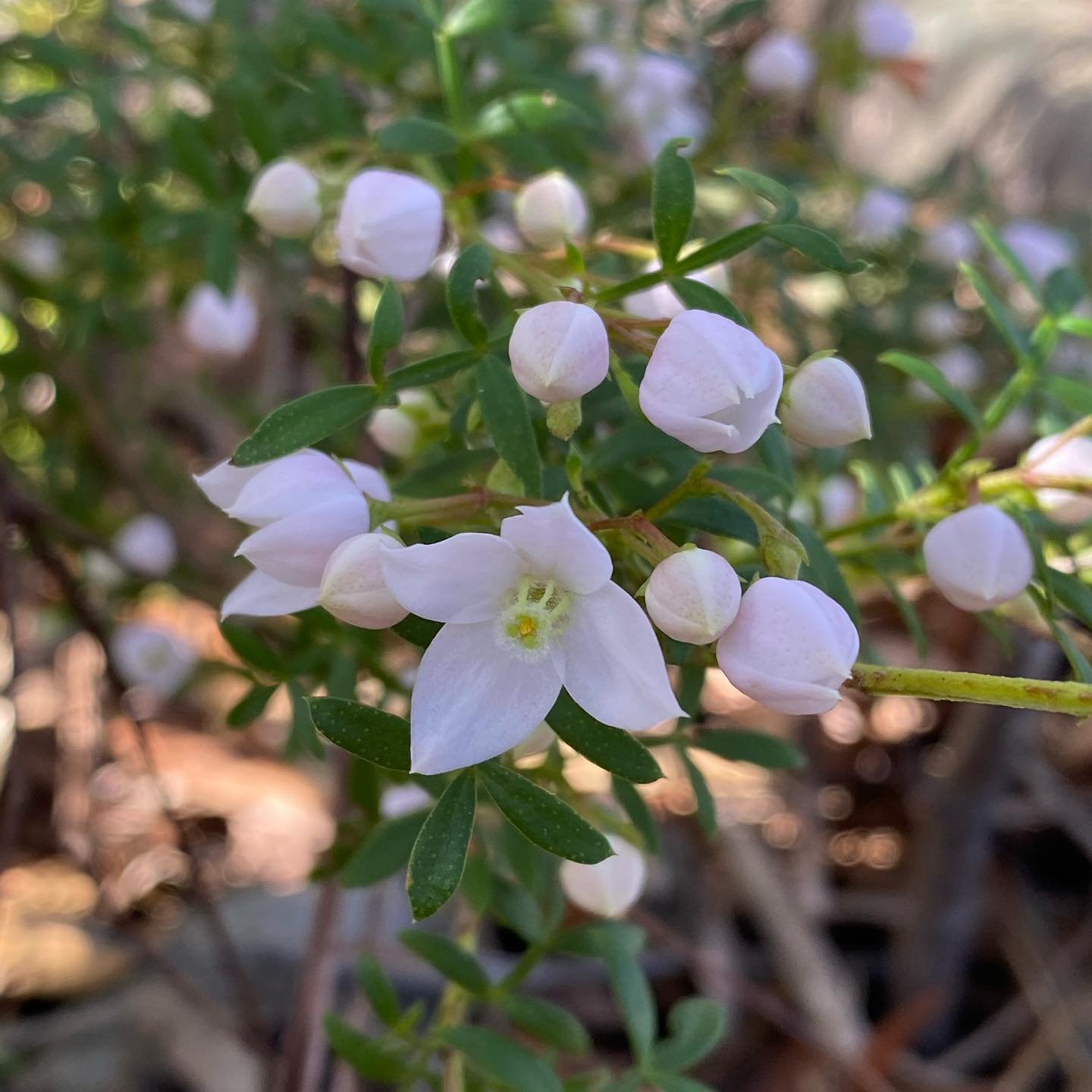 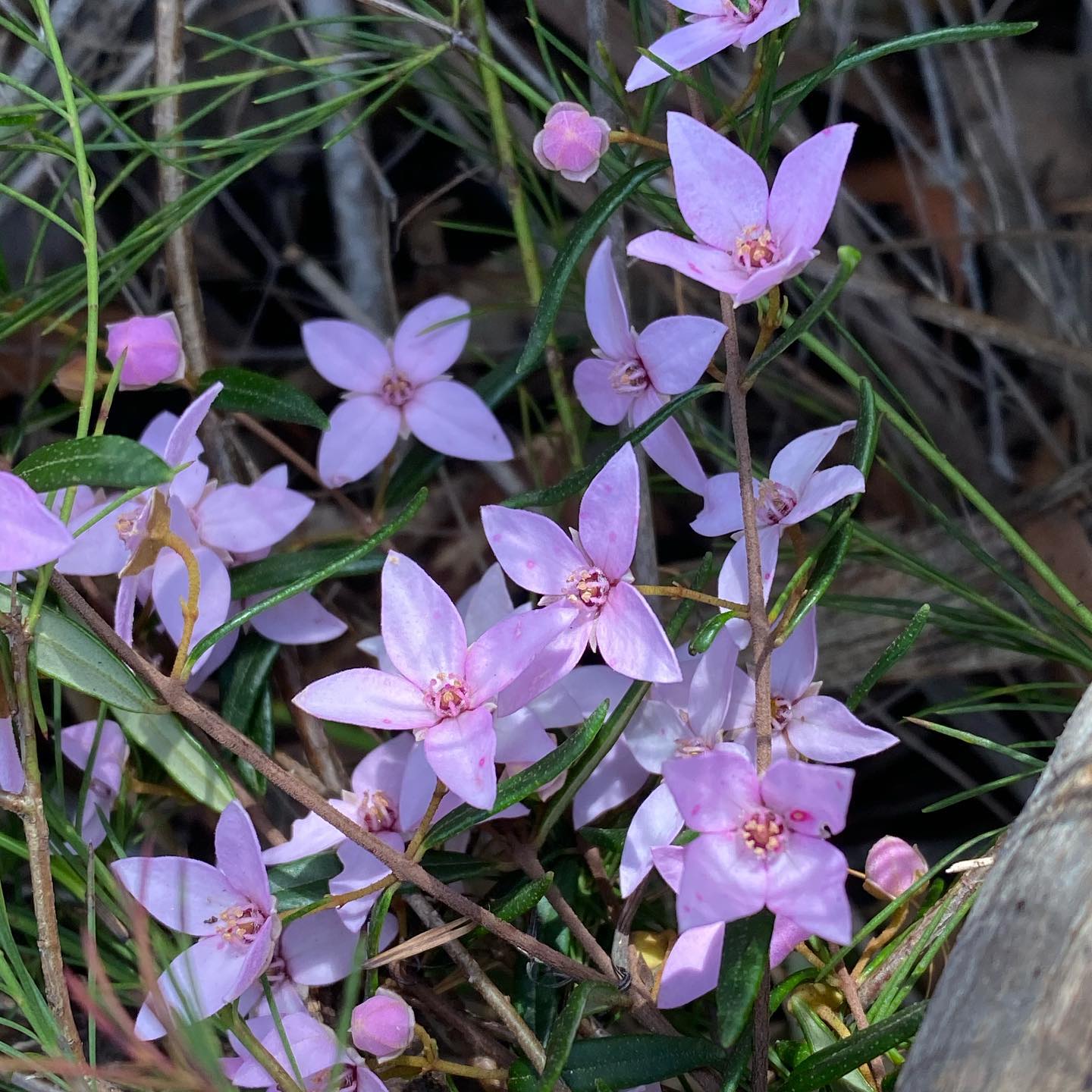 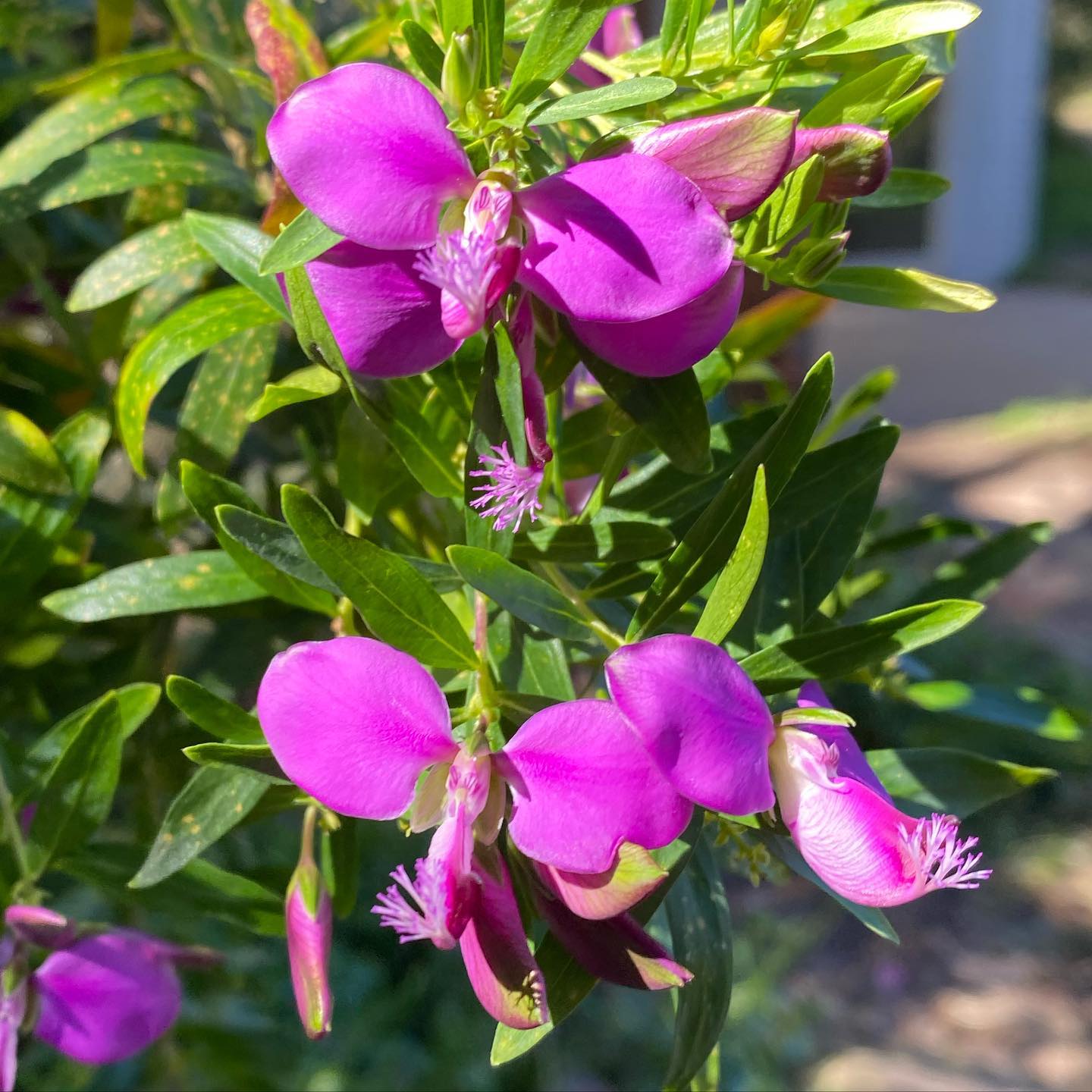 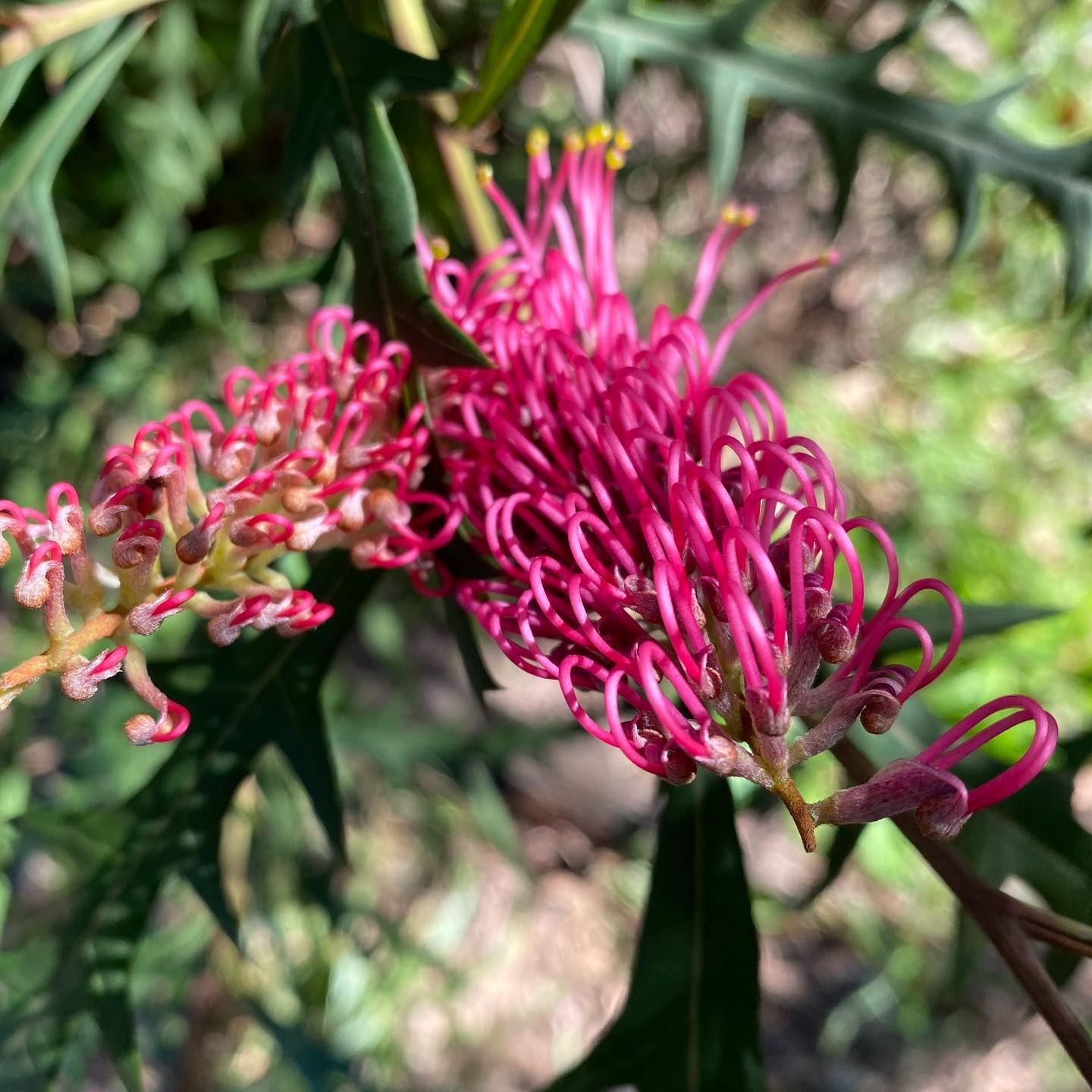 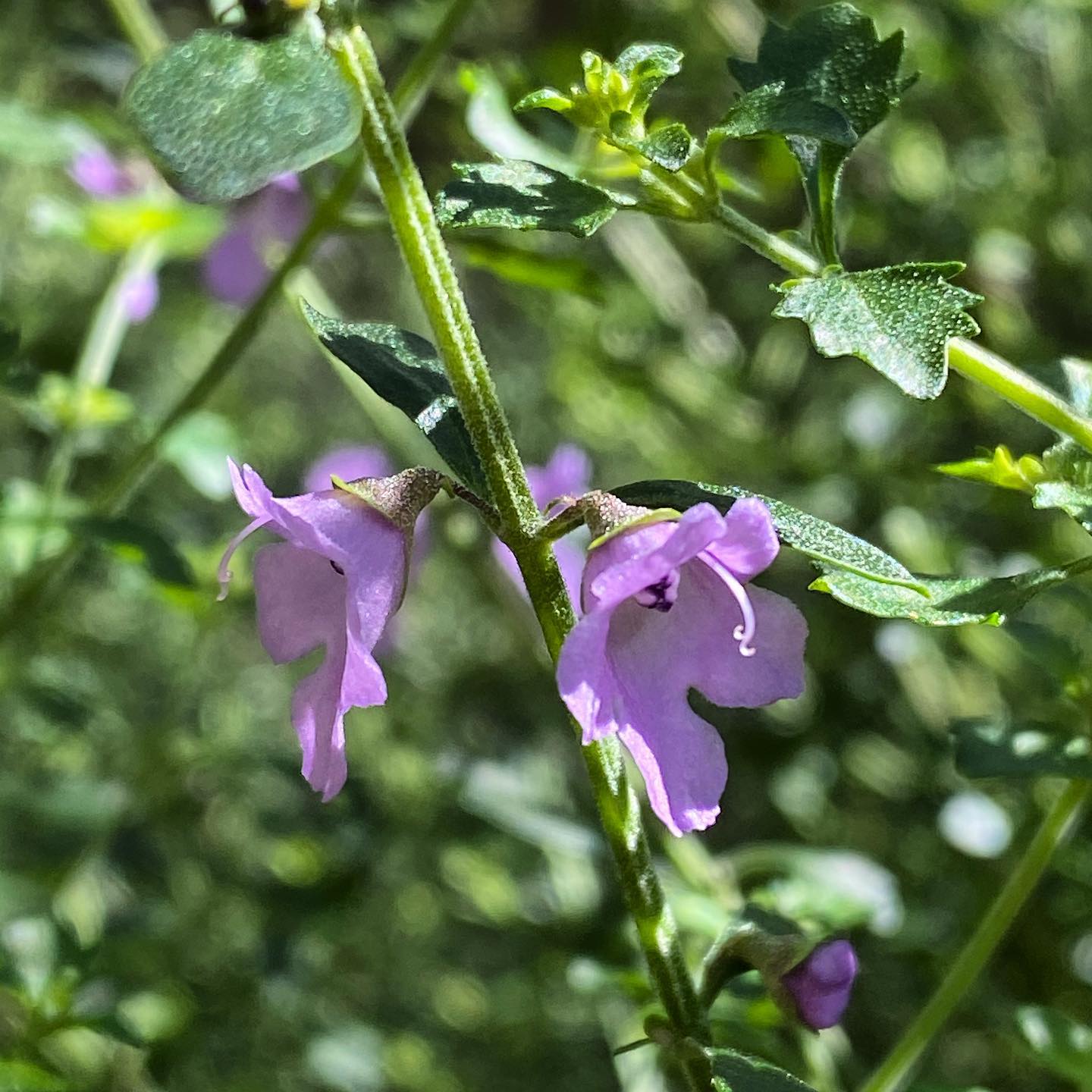 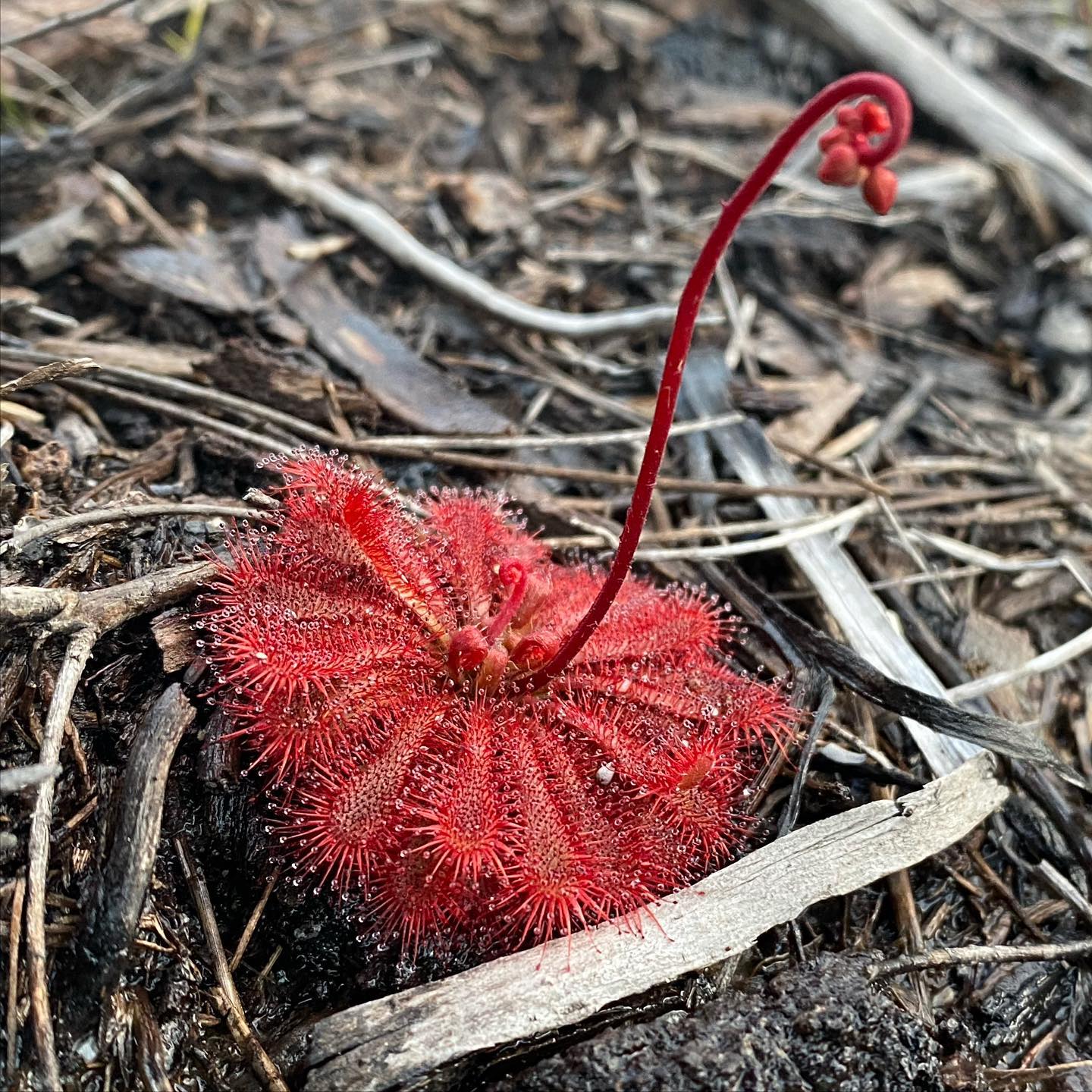 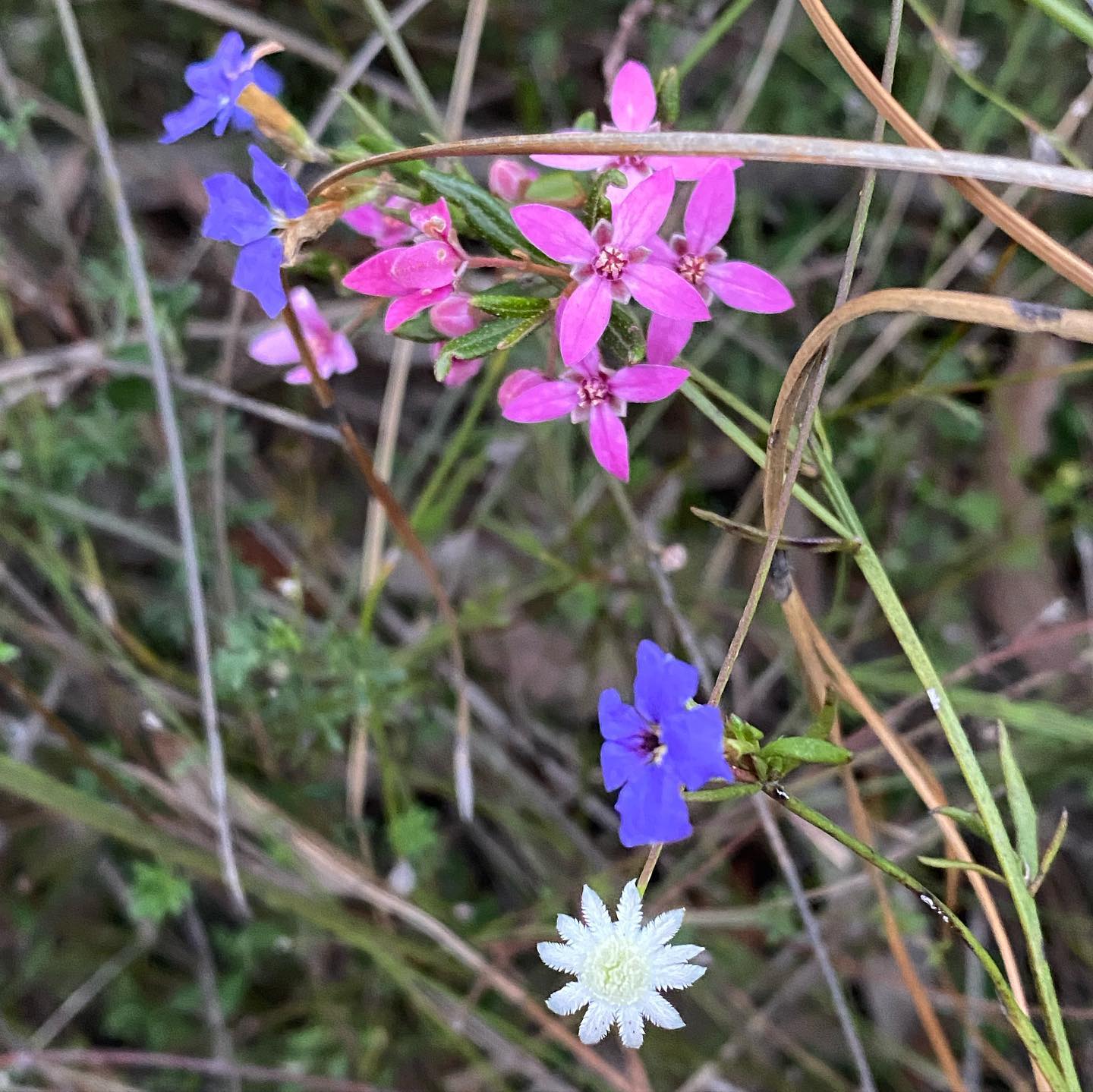