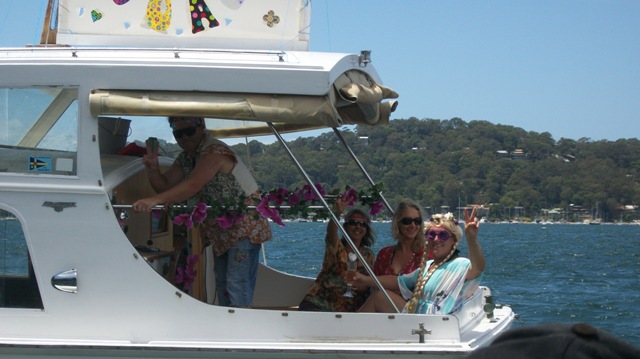 One of the best days on the water ever was had last Sunday over in Treharne Cove watching the WPYC annual Putt Putt Regatta.  Competitors dressed themselves and their craft in themes that lend themselves to all things watery and ensured all arrived in the best of spirits. The Gone Fishing Gallery crew were on board Paul Burchall’s Karoo and had ‘The Sand Pit’ as their inspiration. Craig and Joy Wytol’s ‘Love Boat’ had a palpable air of relaxation emanating from it while WPYC Commodore Ian Major’s ‘PT73’ had some very smartly dressed crew and supporters on board. On the Merringannee a Hawaiian theme suited those on board, complete with palm fronds to keep out Sunday’s blasting hot sun while on the Elimatta a ‘50’s theme prevailed. Two grand old ferries, the legendary Reliance, now owned by Avalon man Mark Farrell, and the equally legendary and beloved Curlew, owned by Church Point Ferries were further best examples of how beautiful the classics are. 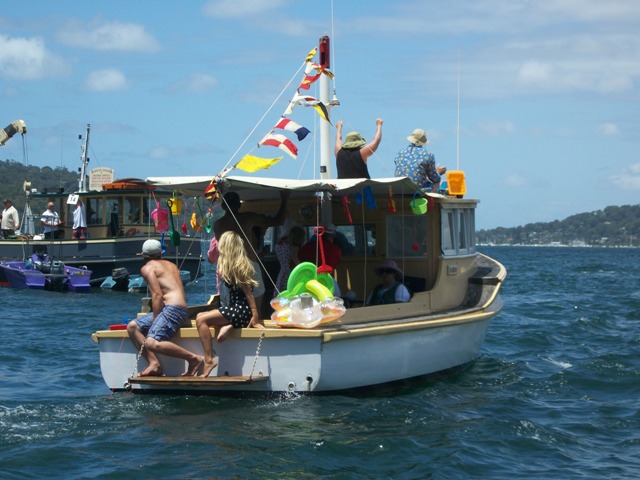 The race, which starts from Treharne Cove, is a sprint around Scotland Island and back again, with the best times earning first, second and third. In the gentleman’s launch race the boys on Peter Mulholland’s launch overtook the bird-bee-and harmonica men, who hoisted an illegal towel/sail on the east side of the island, and raced across the line first. The Reliance then also passed these still smiling and enjoying themselves competitors to take second. Third was the Elimatta. 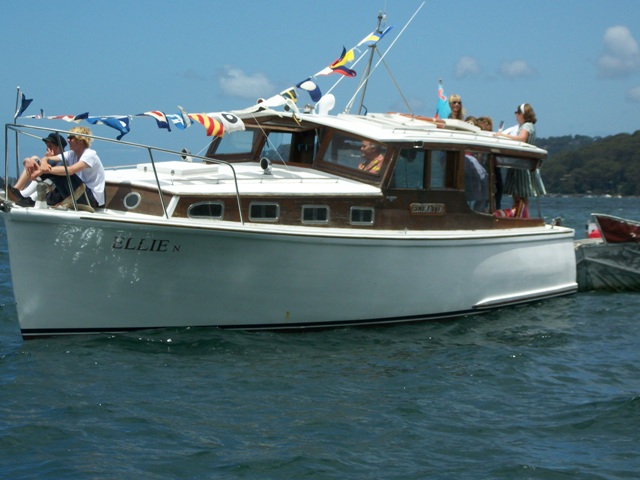 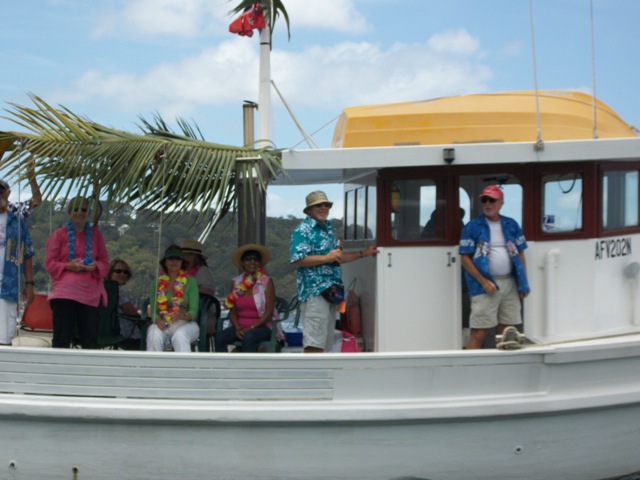 Six putt putts left the start line. Three finished and three were towed back; these craft, although wonderful to look at, are notoriously temperamental. The winner of that race was Puss owned by Johann Anderson. 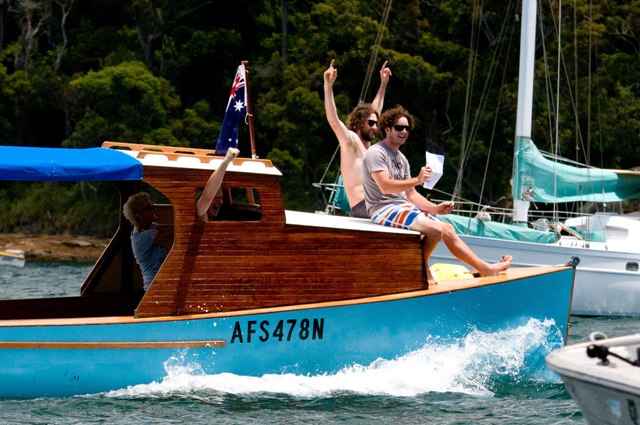 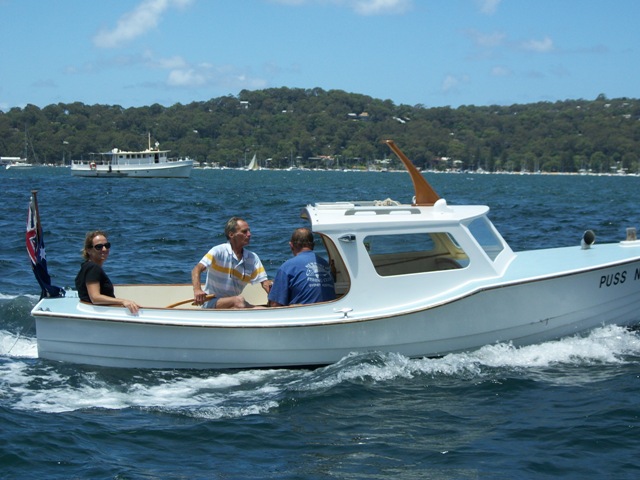 The WPYC Putt Putt Regatta has been run as one of the Pittwater Summer events since 1982. After the races all adjourn to the little beach in Treharne Cove for a barbecue and a few other activities such a tug of war. It’s a great family day, great for the grown ups to have a bit of fun and something that’s kept a smile on our faces all week. To us it epitomises the stuff of a Pittwater summer.

Our thanks go to Andrew Coates for taking us there, to his brother Mark for the use of the boat, and to Scott Taylor and all at WPYC for one we won’t forget. 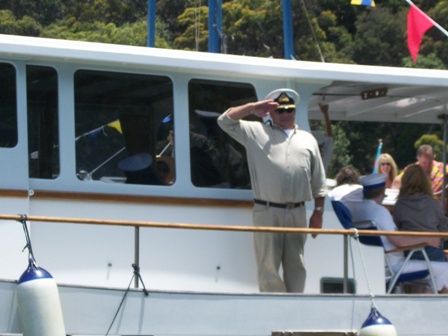 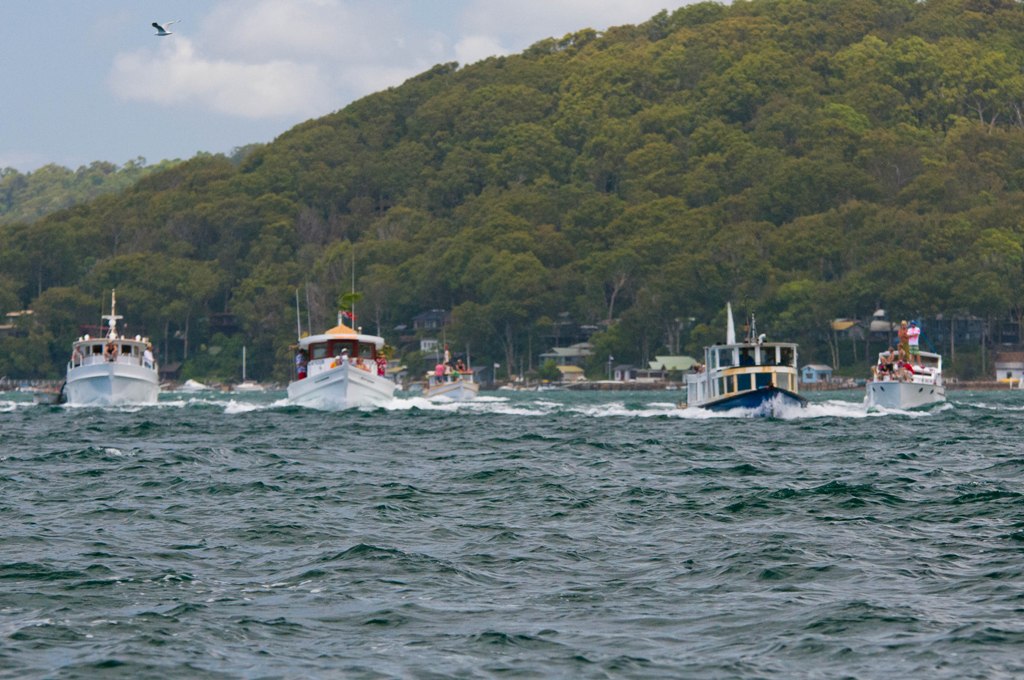 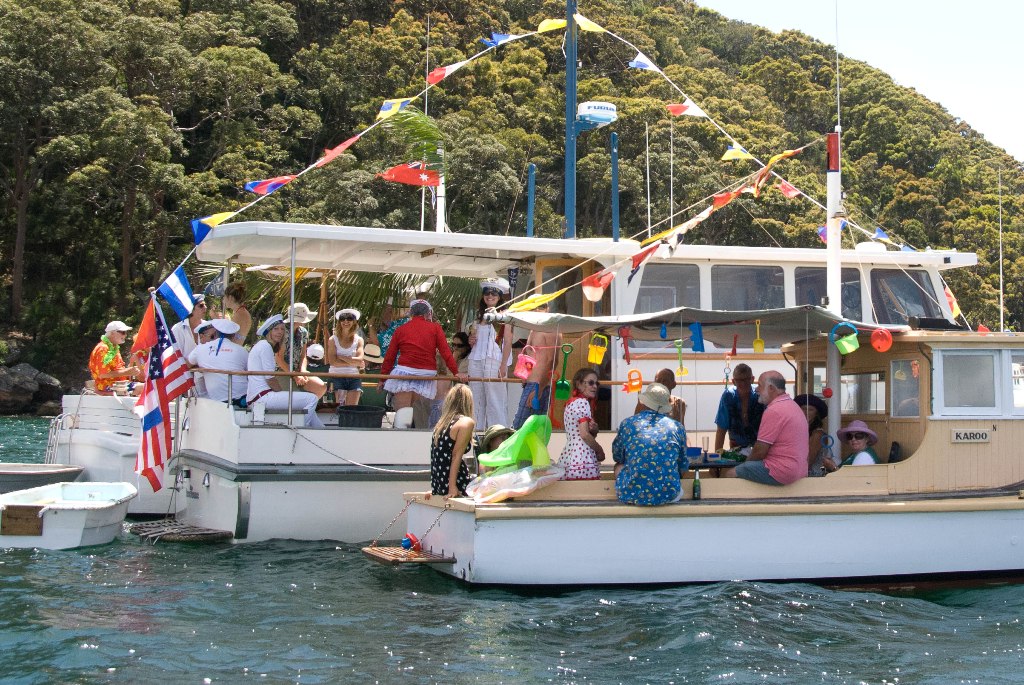 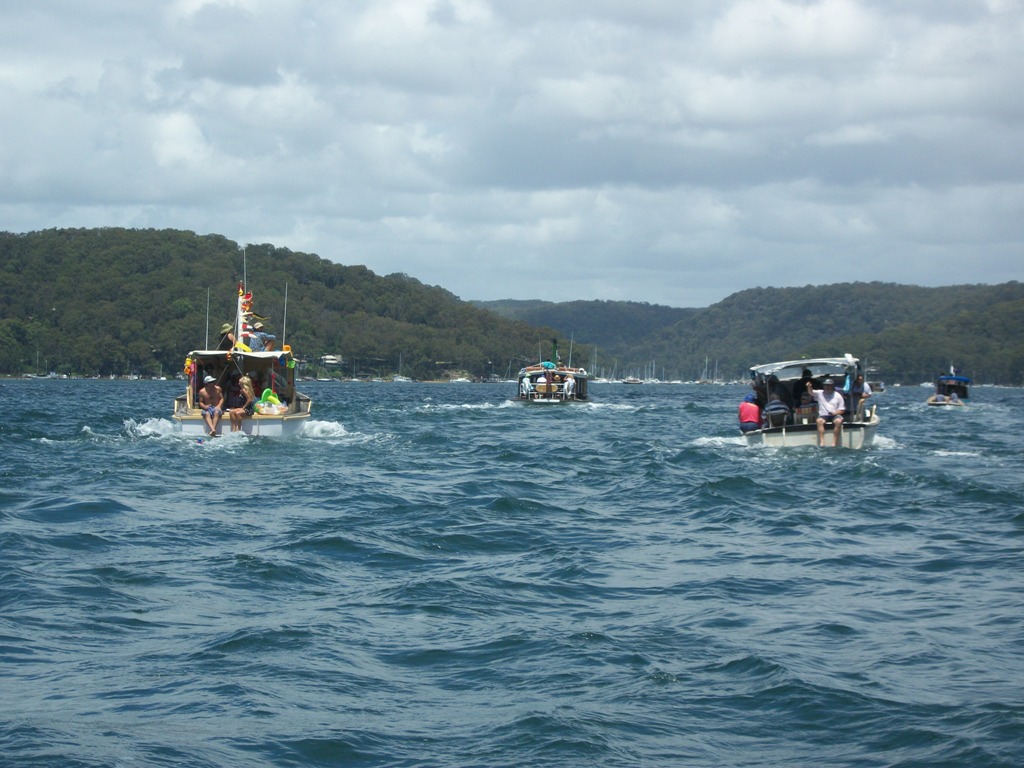 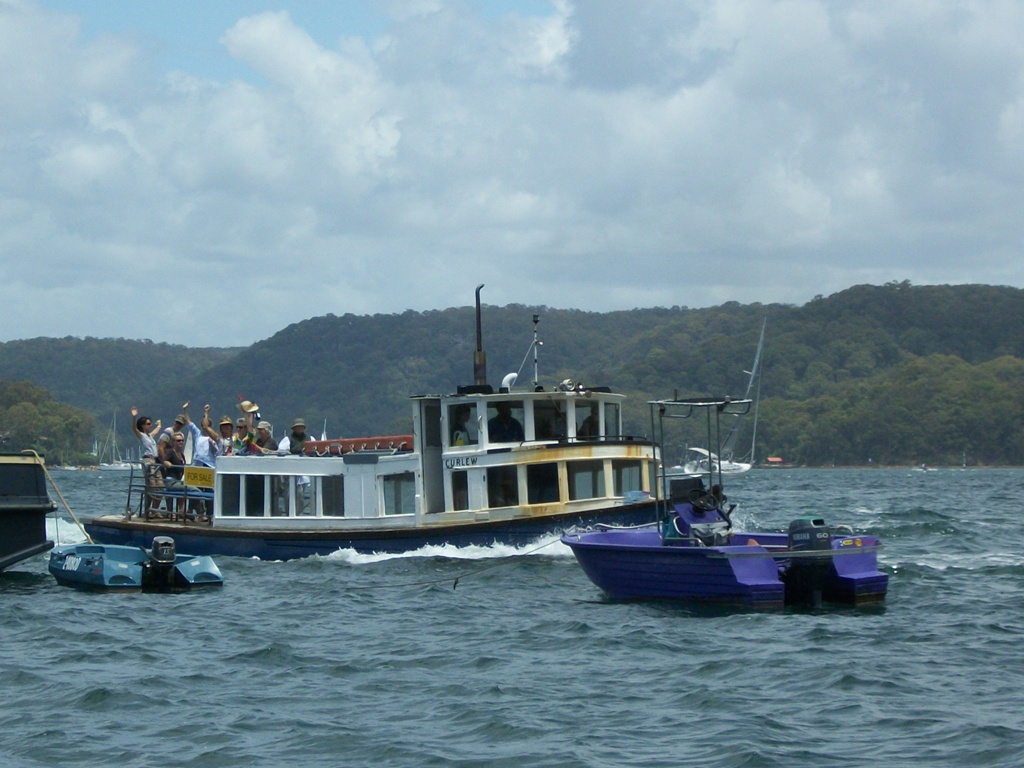 The Curlew crossing the finish line and The Reliance 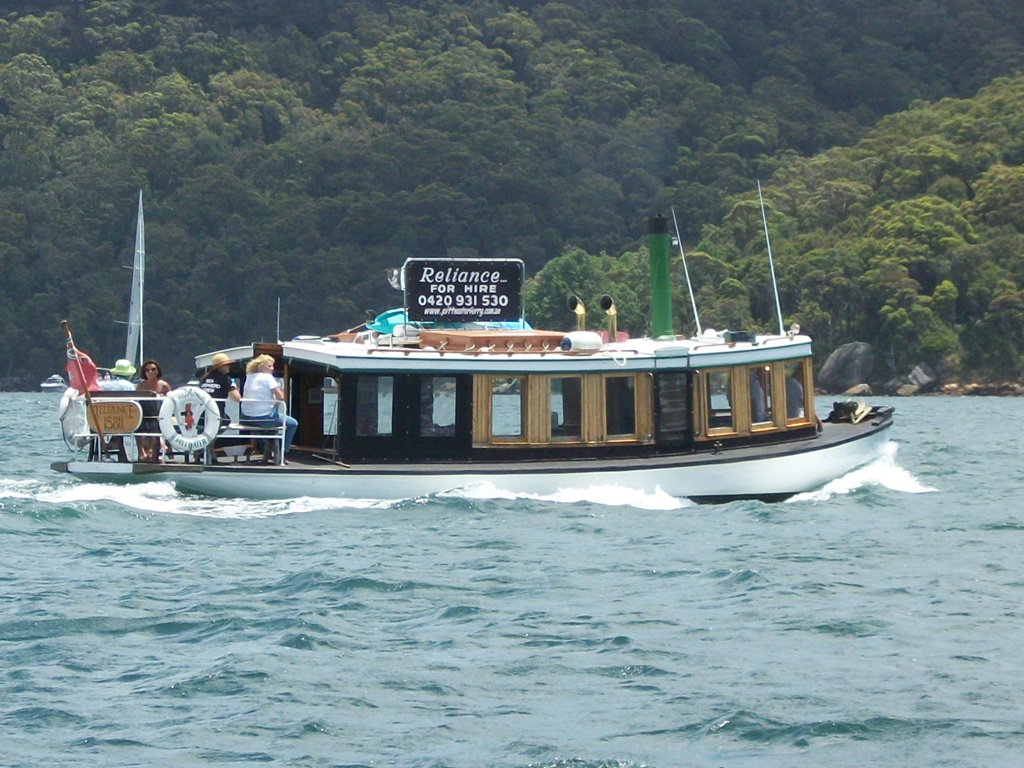