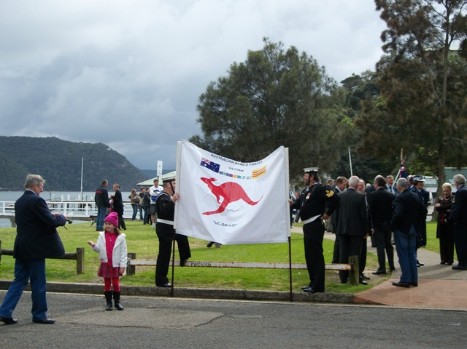 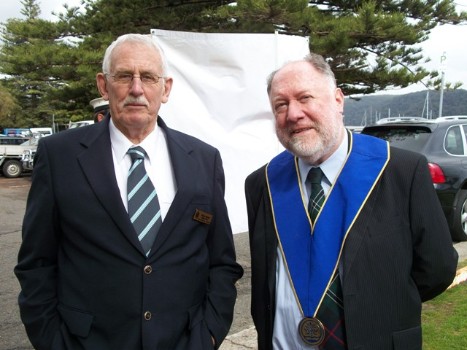 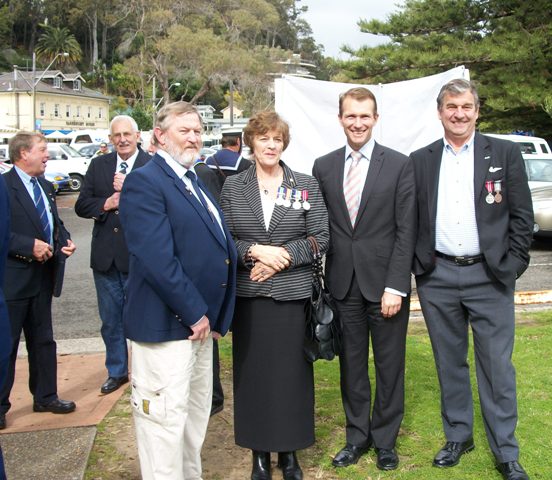 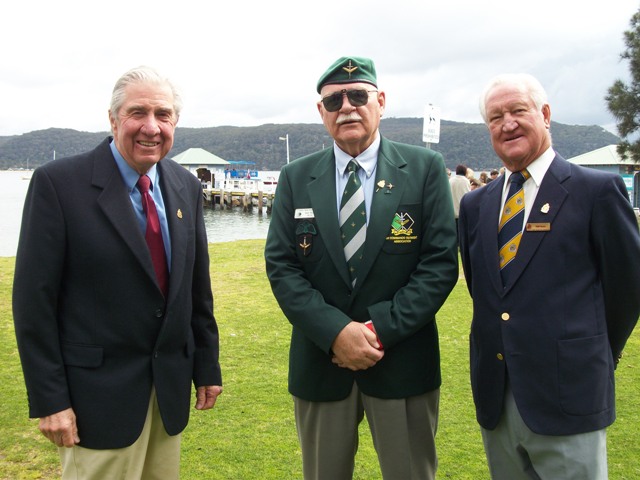 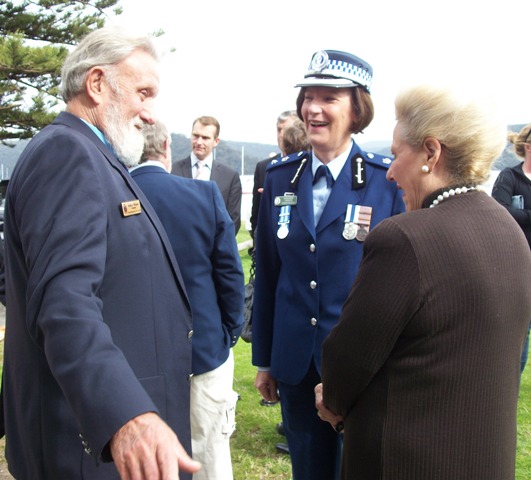 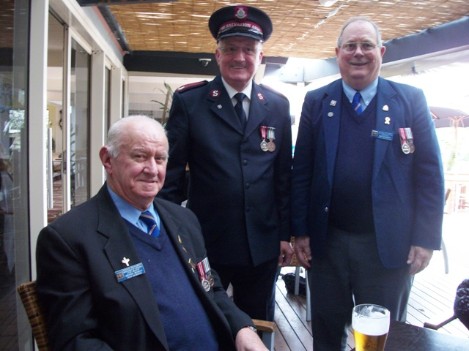 The wearing years toil onward and the ways of the world
But, you who have lost remember.
Tho' these whom you loved have died, neither death nor the years can part you, nor the width of the world divide.
And today, as you stand to salute them, they to, will be at your side.

Sunday morning’s air was damp. Drizzle interceded with bursts of warm sun and made the green beside Palm Beach ferry wharf almost steamy as Vietnam Veterans gathered for their annual march. Over the estuary two sea eagles, habitués of these waters, circled wheeling slowly, looking for fish. Children from Avalon Public school, who were providing the March music this year, giggled or squirmed if little boys, telling us they were from grades 4, 5 and 6 and some had been practising for two years for today. They were all excited to be included, to be leading the way forward.

Later then expected, but then it is Palm Beach on a Sunday, those gathered assembled into their marching order and left the wharf area to proceed to Palm Beach RSL’s Cenotaph for the Service to commemorate and remember those not among their number today. Led by Russel 100, including Veteran’s from Avalon, Palm Beach, the Wangi RSL’s Women’s Auxiliary (who were marching on behalf of lost husbands in two cases), and Chain Valley Bay, who had spent an hour and a half travelling from the Central Coast to participate, they left the assembly area. Among them were Mayor Harvey Rose, Superintendent Doreen Cruickshank, the Hon. Bronwyn Bishop, who is also a Patron of Vietnam Veteran’s Northern and our local MP, Hon. Robert Stokes.

The Catafalque Party, provided by Reservists of HMAS Waterhen, based at Waverton, MGDST support, were posted at each point of the compass around the Cenotaph as those marching reached and then stood in two ranks before the RSL.

The Service was opened by Peter Rumble, President of Vietnam Veteran’s (Northern) “On this day we recall those who, in the tragedy of war, gave their lives on the battlefields of Vietnam. Names such as Long Tan, Bribie, Renmárk, The Tet Offensive, Coral, Balmoral  bring raw memories to those of us here today who survived. As you salute them, they will be here by your side.
Rest ye o warrior, you'll battle no more. No longer to live the horrors of war. Your duty was done, with honour and pride farewell, o brother until we march by your side. Well done thou good and faithful friend. We can never forget.”

Prayers of Thanksgiving, for the Queen and the Nation were read by Major John McGuigan, Padre for National Servicemen’s Association: http://nashos.org.au/ and Mark Ferguson, President of the Sub-branch of Palm Beach RSL followed. We include these in Further Reading.

A wreath laying ceremony and the Ode of Remembrance were read before a bugler sounded the Last Post and then the Reveille. The Catafalque Party dismount closed the Service in solemn respect. All then went inside to have drinks and to talk prior to lunch. A video of the Eagle One Huey Helicopter the Veteran’s were flown in for June’s Avalon Tattoo was shown prior to Mark Ferguson welcoming all and thanking them for attending Mark then invited Peter Rumble, President of Vitenam Veterans (Northern) to respond. Mr Rumble welcomed everyone and remarked on how impressed he was with the children’s band, thanking Avalon Public School and others for the wonderful local support they receive each year. He then asked the Hon. Bronwyn Bishop, a patron, to address the crowd.

This lady addressed not only the growing awareness the Australian public has of the conditions endured and battles the Vietnam Veteran’s fought, but also commended the inclusion of the local children’s band as this allows the rising generation to be influenced by meeting them, by getting to know them and by being part of the day.

Hon. Bronwyn Bishop concluded with stating how our intrinsic Australian spirit stems from the sacrifices those in service make, and; “Everyone who was is Vietnam Veteran can hold their head high and know that the Australian people value your service, your sacrifice, your spirit and love of country as much as anyone else who has given of them selves. So as we remember now our serving personnel in Afghanistan, as we do in Parliament, I am also, in the back of my head, thanking everyone else who has given to our Nation.”

They shall grow not old, as we that are left grow old, Age shall not weary them, nor the years condemn; At the going down of the sun, and in the morning, We will remember them.

Prayer of Thanksgiving read by Major John McGuigan, Padre for National Servicemen’s Association
We thank you, O Heavenly Father, for the efforts being made by the Nations of the World in seeking peace and happier relations with each other. We praise you for the spirit in men and women which made them scorn the way of safety and venture all for the common cause of Freedom and Right: for all great and noble acts known and unknown which, we believe, by the mercy of God will bring about the final conquest of the forces of evil which threaten the peace and security of the world, through Jesus Christ our Lord. Amen.
A Prayer For The Queen
read by Mark Ferguson
President Palm Beach RSL Sub-Branch
Almighty God, look with favour, we pray, upon Elizabeth our Queen. Grant her every grace and blessing that she may continue to serve you, and the people Of her realms, with the devotion and singleness of heart. Inspire those set under her with the same sense of dedicated service that unity, peace and concord may flourish in our land. We make these petitions in the name of Him who in His earthly life set before us the perfect example of majesty, gentleness And obedience to your will, Jesus Christ our lord.
Amen
Prayer for the Nation read by Major John McGuigan, Padre for National Servicemen’s Association
We beseech you, Almighty God, to watch over all those serving in the Armed Services, and those who still suffer disabilities through sickness or injuries sustained in War; strengthen and encourage those who have been saddened by the loss of loved ones, especially children deprived of a father's care and protection. Grant, we pray, that the same courage and resolution, the same comradeship and service shown in the last great struggle in which our Country was involved, may now be offered in the greater task of making a true and lasting peace through Jesus Christ our Lord.
Amen

Lunch:
On each table placemats for this day had the flag and insignia of VV and also ‘UC – Dai – Loi’ underneath. This is what the Vietnamese people called the Australian soldiers. Roughly translated it means ‘Men from the south’. Lunch was a choice between slow roasted lamb shoulder with jus or macadamia crusted barramundi. Cheese and fruit platters were placed on all tables, to continue the relaxed atmosphere after the Service. Comedian Philip Cornwall, back for his second year of entertaining the Veterans, gave all a few stories to chuckle over. 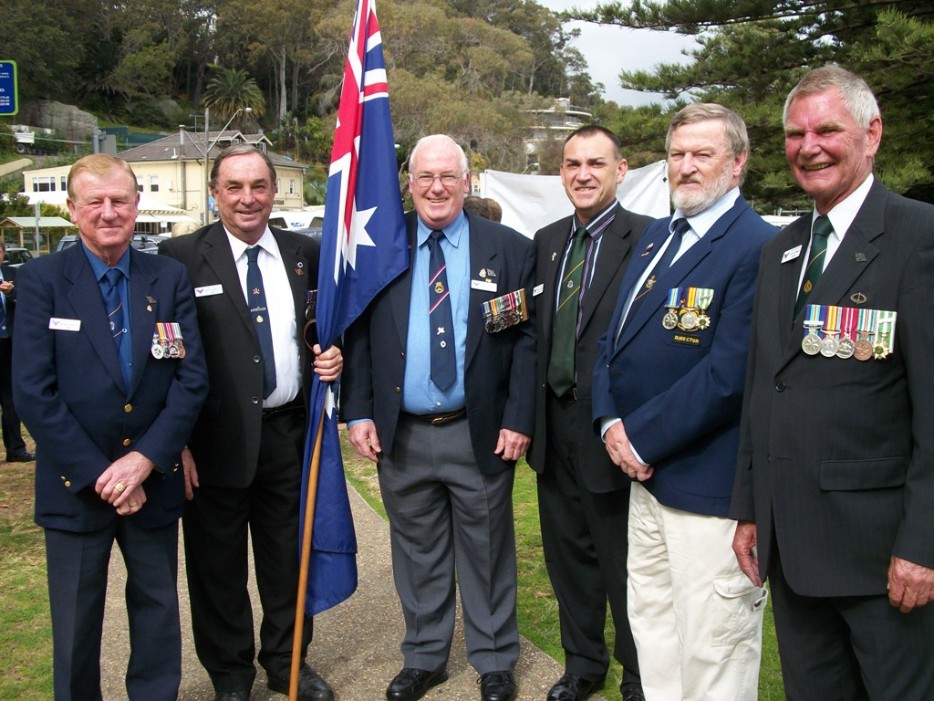 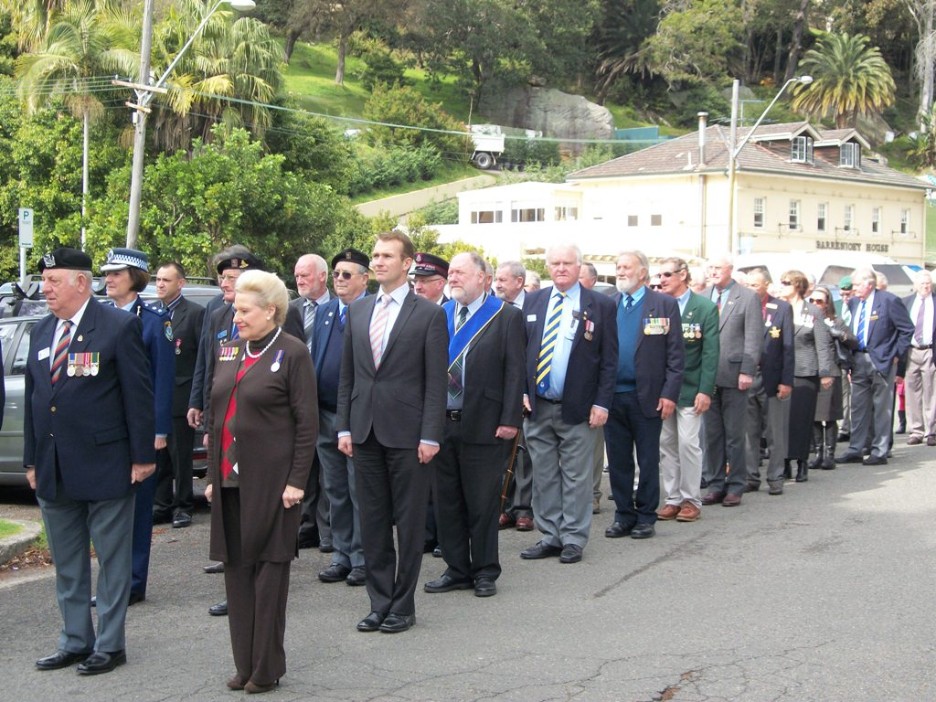 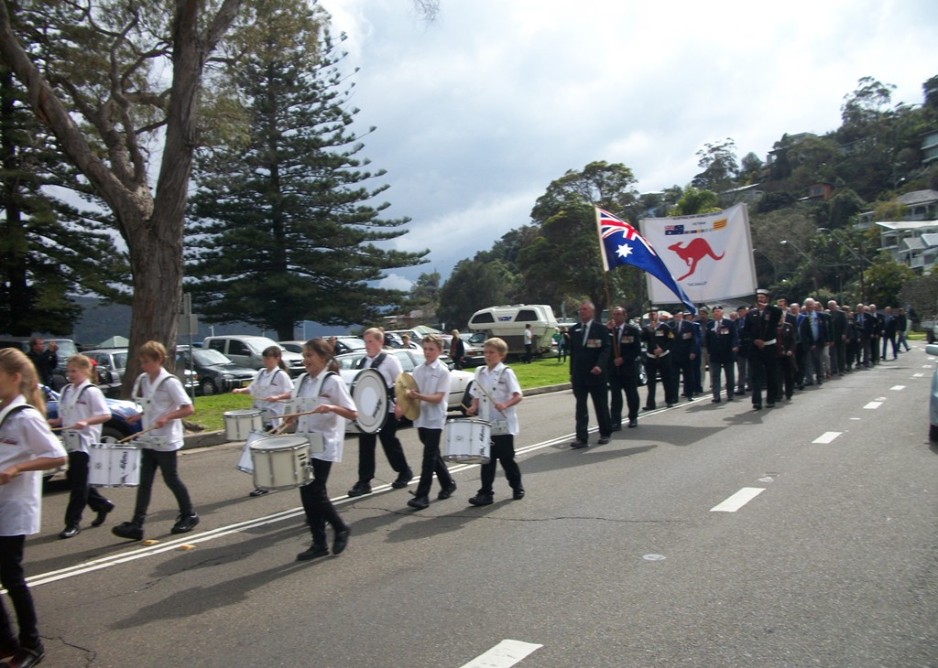 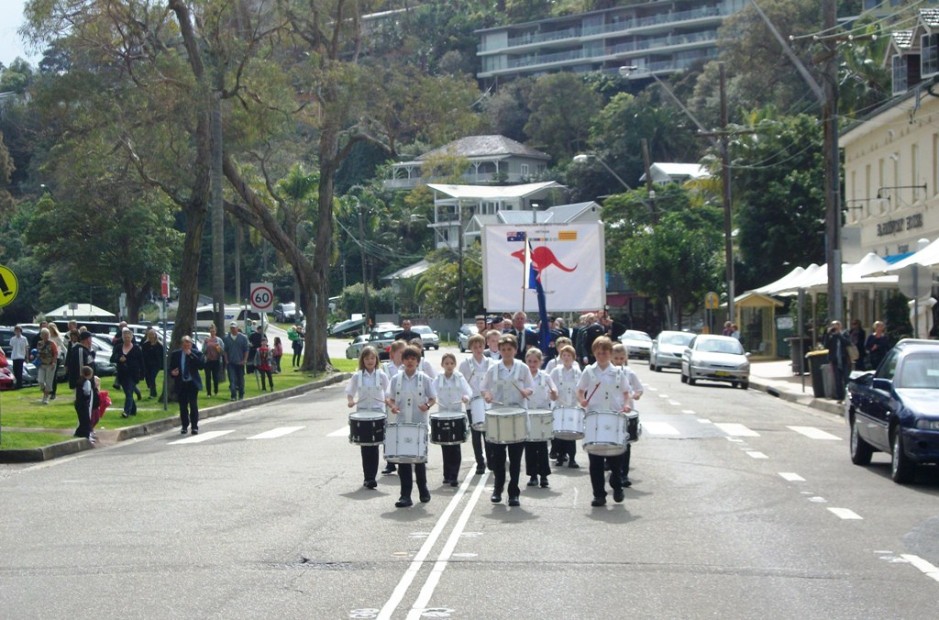