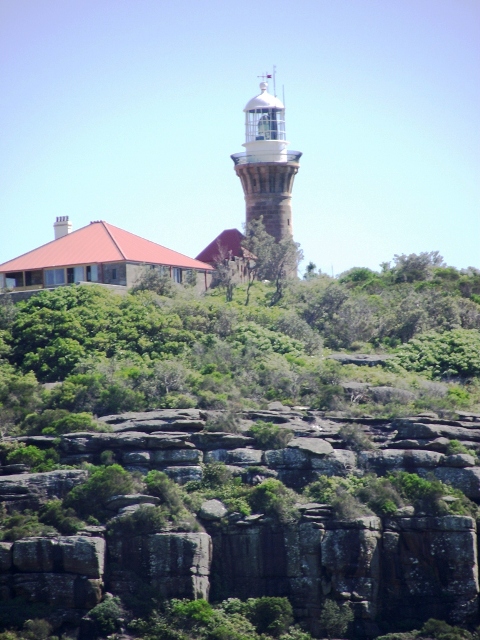 The Red Light of Palm Beach is the second book of a lighthouse quartet written by Jervis Sparks, who with his wife Bridget, lived at Barranjoey Lighthouse, Palm Beach, Sydney for 31 years, from 1968 to 1999.

This book is the story of some of the keepers who served at that lightstation and contains more than 150 illustrations, with the foreword written by Tom Keneally.

The first chapter, The First Keeper on Barranjoey, talks about George Mulhall, who was appointed in July 1868. George was a local resident, who took up a 50 acre grant of land at Brisbane Water, which was named Mulhalls Point, and is visible from the Barranjoey headland. His son, also named George, followed his father to become the second Barranjoey Head keeper.

Chapter 2 : The Stewart Towers of Barranjoey, describes the first lighthouse at Barranjoey, which was actually two wooden structures located at either end of the Barranjoey headland from 1868-1881. Each had a lantern and were only considered temporary, because of the destructive termites and fierce storms. The footings of one of the towers still exists at the present-day trig station, and the other is marked by the Stewart Towers memorial cairn. The towers marked the entrance to Broken Bay, and after the "Dandenong Gale" of 1876, when winds of 153 miles per hour (245km/h) were registered, a permanent and more visible lighthouse (the present-day stone tower) was constructed.

Chapter 3 : The Barranjoey Lighthouse Mulhalls, talks about the commencement of the present-day lighthouse in July 1881, with George Mulhall as principal keeper, his son George the first assistant keeper and James Steere as second assistant keeper. This chapter discusses the hardships the keepers and their families endured setting up comfortable homes and lives for themselves on the headland. George Mulhall Snr and his wife Mary are buried near the lighthouse. Their grave is marked with a headstone which includes the inscription:

Chapters 4 - 12 cover the lives of a series of keepers at Barranjoey Lighthouse, viz. James Steere, Isaac Newman, John McNally, Robert Russell, David Gow, The Warrens, John Fry, Richard Sullivan and John Berryman. Each chapter is illustrated with photos of these keepers and their families, the lighthouse and surroundings during the time period covered.

Chapter 13 : Other Keepers at Barranjoey, includes information of other keepers for which Jervis was able to discover details about, including John Aird, Henry Parker and Richard Crossingham. The Barranjoey Visitors Book for 1903 shows an entry that "Mr Crossingham showed people over the lighthouse. Mr Crossingham was polite and showed some beautiful reflections in reflector".

Chapter 14 : Technical Notes, describes the specifications of the Barranjoey Lighthouse. In 1881, the Government Gazette issued the proclamation:

"... on 1 August 1881, the 2 temporary lights on Barrenjuey, the Inner Southern Headland of Broken Bay, will be discontinued and a permanent Fixed Red Light exhibited from sunset to sunrise in lieu thereof. The permanent light is the 2nd order dioptric, elevated 371 feet above high water mark. It will be visible at a distance of about 15 miles from seaward in ordinary weather, and be open between the bearings of NNW and SW 1/2 S magnetic".

Chapter 15 : A Barranjoey Logbook, describes some of the details that were entered into a lighthouse logbook, a copy of which Jervis received from the NSW National Parks and Wildlife Service after the 1924-1925 logbook, which was presumed missing, was handed into them.

Jervis indicates that the bulk of his research was undertaken before the advent of the internet, and whilst he was living at Cottage 2 at Barranjoey Lighthouse, so both this book and the first book "Tales From Barranjoey" contain stories of only some of the keepers who worked at Barranjoey. Research sources included archives, newspapers, historical societies, libraries, interviews with descendants, and Jervis' own significant collection of material.

The cover illustration for "The Red Light of Palm Beach" was painted by Steve Demasson of Sahitya Graphics, who also designed and formatted the book.

Mr Sparks’s book will be available from today for $25.00. Please email greenwingpress@live.com.au with 'The Red Light Of Palm Beach' as your subject and include a delivery or postal address. 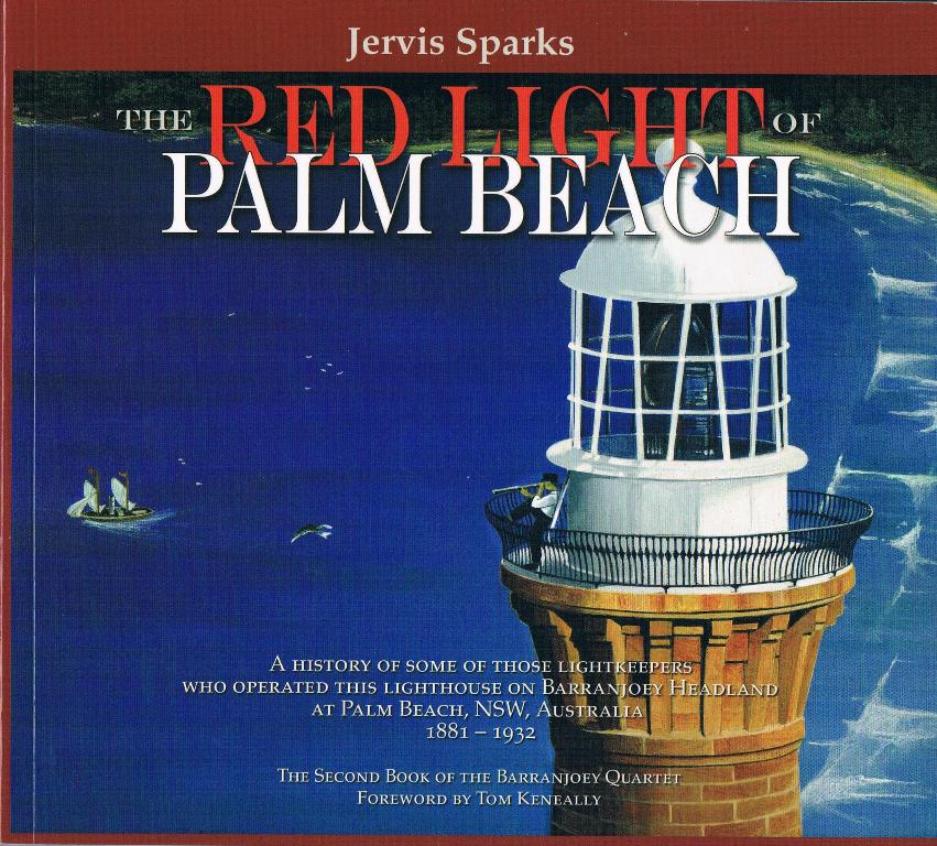