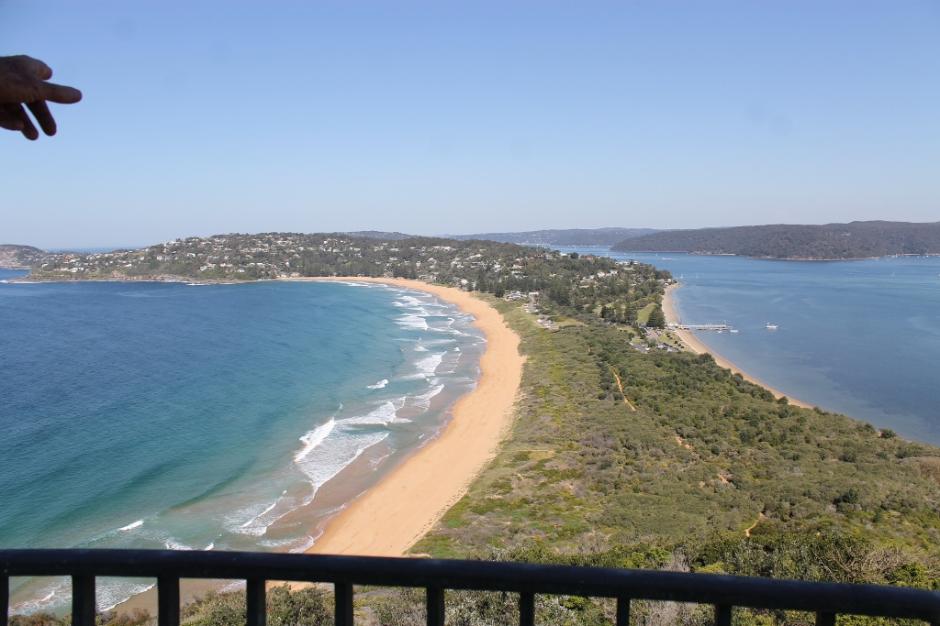 The 2014-15 Beachwatch scorecard has rated 96 per cent of the state’s ocean beaches as good or very good, which makes NSW ocean beaches among some of the cleanest in Australia. Environment Minister Mark Speakman today released Beachwatch’s scorecard, the State of the Beaches report, for 241 swimming sites.

The Office of Environment and Heritage’s report provides ratings for 139 ocean beaches as well as estuarine beaches, lake and lagoon sites and ocean baths across NSW.

“Despite above average rainfall over the past year, which affects water quality, 83 per cent of NSW swimming sites were graded as good or very good, which is the same as the previous year,” Mr Speakman said.

All but one of Sydney’s ocean beaches (Boat Harbour on the Kurnell peninsula) were graded good or very good, in this year’s report. In the Shire, Greenhills, Wanda, Elouera, North Cronulla, Shelly and Oak Park beaches scored very good ratings and Cronulla Beach received a good scorecard.

There were also strong results for the South Coast, Illawarra, Hunter and North Coast regions – all ocean beaches were graded very good or good. Water quality has improved at Illawarra’s Entrance Lagoon Beach. It was upgraded to good from last year’s poor rating as a result of the council’s stormwater management programs.

Heavy rainfall, damaging winds and major flooding in April caused stormwater and wastewater to affect some swimming sites. Gosford’s Avoca and Copacabana beaches’ ratings, which were lower than last year, were partly attributed to this rainfall.

To read this year’s report go to: www.environment.nsw.gov.au/beach/Reportann.htm . 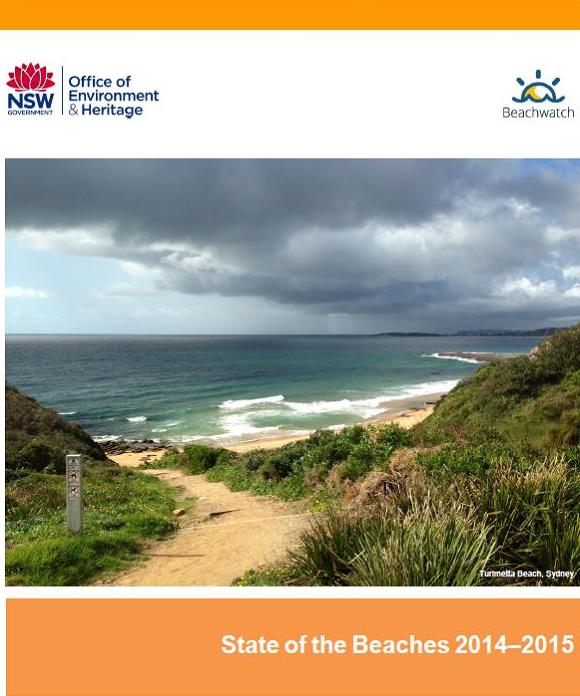 Beachwatch samples the ocean beaches and Narrabeen Lagoon every sixth day throughout the year, and estuarine beaches every sixth day between October and April, and monthly from May to September.

Thirty of the 32 swimming sites were graded as Very Good or Good in 2014–2015. The overall fall in performance from 2013–2014 was due to the addition of a new site, Bilarong Reserve in Narrabeen Lagoon, which was rated as Poor.

All 20 ocean beaches were graded as Very Good or Good.

Palm, Whale, Avalon, Bilgola, Bungan, Mona Vale, Dee Why, South Curl Curl and Shelly (Manly) beaches were graded as Very Good. The water quality at these sites was of a very high standard and suitable for swimming almost all of the time.

Newport, Warriewood, Turimetta, North Narrabeen, Collaroy, Long Reef, North Curl Curl, Freshwater, Queenscliff, North Steyne and South Steyne beaches were graded as Good. Water quality was suitable for swimming during dry weather conditions, but swimming should be avoided during and for up to one day following heavy rainfall.

Great Mackerel Beach and The Basin in Pittwater were graded as Very Good. These sites had excellent water quality and were suitable for swimming almost all of the time.

Seven of the 10 estuarine beaches in Pittwater were graded as Good: Barrenjoey Beach, Paradise Beach Baths, Clareville Beach, Taylors Point Baths, Elvina Bay, North Scotland Island and South Scotland Island. The water quality at these locations was generally of a high standard, although elevated levels of enterococci were recorded at most locations following rainfall.

Bayview Baths was graded as Poor. This site had generally good water quality during dry weather but elevated enterococci levels were regularly measured following low levels of rainfall. As a precaution, swimming should be avoided at Pittwater swimming sites during and for up to two days following heavy rainfall or if there are signs of stormwater pollution such as discoloured water or floating debris.

The swimming location at the entrance to Narrabeen Lagoon (Birdwood Park) was graded as Good. This site had generally good water quality during dry weather but elevated enterococci levels were measured following low levels of rainfall. Discharge from Narrabeen Lagoon is a significant source of faecal contamination. It is recommended that swimming be avoided during and following rainfall and when the lagoon is closed. Microbial water quality at this site has improved over the last few years and may be a result of its location near the entrance of the lagoon which has been permanently opened to the ocean.

Bilarong Reserve in Narrabeen Lagoon was added to the program in 2014 and was graded as Poor. The water quality at this site was susceptible to pollution, particularly after rainfall and occasionally during dry weather conditions. Elevated levels of enterococci were recorded in 25 per cent of samples during 2014–2015 with a significant source of faecal contamination from stormwater runoff to the lagoon. This swimming site is located away from the lagoon entrance so is not well flushed by clean ocean water. Swimming at this site should be avoided during and for up to three days following rainfall or if there are signs of stormwater pollution such as discoloured water or floating debris.

Manly Council has continued with the Dry Weather Sewer Leak Program, which was developed with Sydney Water to locate and rectify sewer leaks. Under this program all stormwater pipe outlets with dry weather water discharges are tested for chemicals and microbes that could indicate a sewer leak. Manly Council is continuing to monitor stormwater pipes in areas of higher residential density during the swimming season.

Manly Council removed 191 tonnes of sediment, litter and debris from stormwater quality improvement devices during 2014–2015. In addition, a sediment pollution basin is being constructed in Burnt Bridge Creek at Manly West Park. It will have the capacity to capture 600 tonnes of sediment, attached pollution and litter. This will allow the polluted material to be cost-effectively removed, before it can enter Manly Lagoon.

Warringah Council has installed a number of gross pollutant traps and water quality devices, including a bioswale adjacent to Dee Why Lagoon. On average, 1000 tonnes of sediment and 17 cubic metres of floating debris are removed from these devices each year. Warringah Council is examining gross pollutant trap efficiencies and making improvements to maintenance regimes to ensure their effectiveness.

Beachwatch was established in 1989 in response to community concern about the impact of sewage pollution on human health and the environment at Sydney's ocean beaches.

The programs provide regular and reliable information on beach water quality to enable people to make informed decisions about where and when to swim. A total of 130 swimming locations are monitored in the Sydney, Hunter and Illawarra regions, with a further 110 sites monitored in partnership with local councils along the NSW coast.

Beachwatch data shows that beach water quality in Sydney has improved dramatically over the last two decades. While rainfall can affect results from year to year, improvements in stormwater and wastewater management have also clearly made a contribution to these gains. To ensure ongoing improvement, Beachwatch works with Sydney Water to prioritise short and long term sewerage system maintenance and repairs.

Each morning, we predict the likelihood of pollution at swimming sites in the Sydney, Hunter, Central Coast and Illawarra regions. Select one of the regions to view the pollution forecast for swimming sites in that area. If you’re using a mobile device, the daily pollution predictions are best viewed on our mobile site: www.environment.nsw.gov.au/beachmapp.

The enterococci data collected under the Beachwatch Programs can be viewed or downloaded to Excel. Enterococci results are usually updated within one week of sample collection.

Other data collected by Beachwatch, including historical faecal coliform data, can be obtained by contacting Beachwatch Programs.

Retrieved from and available at: www.environment.nsw.gov.au/beachapp/report_enterococci.aspx 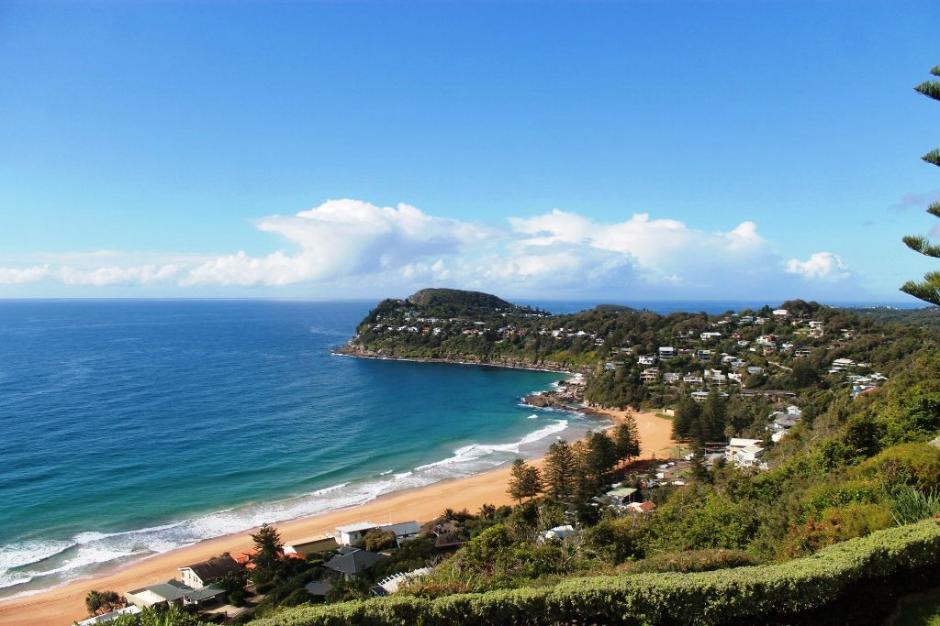