These great tall trees grow along the ridge overlooking the Pittwater estuary at Palm Beach, up high on the ridge where you can see the beach from the other side. They were planted over twenty five years ago now and have grown very tall. Spotted gums, if they get enough rain, will grow on average between 4 metres in high rainfall areas and 2.5 metres each year. This makes them what are called ‘fast growing’ trees. They need between 650mm to 1050mm of rain each year to grow this tall and strong so fast.

All plants have another name other then the one we give them which comes from either the Greek or the Latin language. This way of describing a plant so others may recognise it has been used since people first tried describing and naming plants. The words used as ‘names’ communicates the parts, places and even the height, colour or other history associated with the plant. 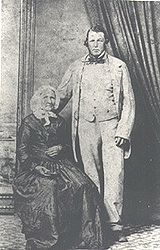 This is not the same as when plants are named after the people who ‘discovered’ them. This ‘naming’ is in English and is a person paying tribute to a grower of roses for example ‘Mrs Partridge’s blue rose’ or a ‘Granny Smith’ which was named after a lady in Eastwood (now one of Sydney’s suburbs) called Maria Ann Smith who developed this yummy green apple by chance when a wild apple and a domestic one accidentally seeded a new apple. Every year now the granny smith apple is celebrated as the Granny Smith Festival and will be again this year on October 20th, 2013. See here for details.

abyssinica = from Abysinnia (Ethiopia) (North Africa)
acaulis = stemless
aestivalis = flowering in spring
bellidifolia = with leaves like those of a daisy
borealis = from the north
bulbifera = bearing bulbs
caerulea = blue
caespitosa = dense
campanulata = campanulate, like a bell
campestris = of the field

The Latin name given to our spotted gums is Corymbia maculate and if we look at these two words we see:  Corymbia is from Latin: corymbus, cluster, ie the floral cluster and maculate is from the Latin word maculosus, meaning ‘spotted’ (referring to the spotted pattern on the irregularly-shed bark). So you can see how names in this way can describe a plant.

This species was first formally described by English Botanist William Jackson Hooker in 1844, and given the name Eucalyptus maculata. The specific name maculata is derived from the Latin word maculosus, meaning "spotted" (referring to the spotted pattern on the irregularly-shed bark). The species was transferred to the genus Corymbia by K.D.Hill & L.A.S.Johnson in 1995 when further examination of our eucalypts showed distinct differences in leaves, flowers and stalks.
The word ‘eucalypts’ is from Greek words ευ (eu) "well" and καλυπτος (kalyptos) "covered",  and refers to the operculum on the calyx that initially conceals the flower.

Tree groves have always been special places and when you see a row of these giants or stared up at one until your neck is craned back you can understand why they inspire stories, poems and songs.

One poem you may have heard, which was written by Alfred Joyce Kilmer, an American journalist, editor and poet, is ‘Trees’.

Trees (1913)
I think that I shall never see
A poem lovely as a tree.
A tree whose hungry mouth is prest
Against the earth's sweet flowing breast;
A tree that looks at God all day,
And lifts her leafy arms to pray;
A tree that may in Summer wear
A nest of robins in her hair;
Upon whose bosom snow has lain;
Who intimately lives with rain.
Poems are made by fools like me,
But only God can make a tree.

You can probably make up your own stories while sitting under or strolling among such trees. Late afternoon or early morning light makes dew drops cast haloes of rainbows over even the smallest blade of grass, or the sound and sight of the wind soughing through the tree crowns may help you to make up your own dance! We took these photographs of some of our own Pittwater Spotted gums for you earlier this week and hope you enjoy looking at them and that they may inspire a few stories of your own. We had a bit of fun inspired by being among these wonderful big trees; see below.

There’s a great competition on at present where you can write your own story.  You still have a few weeks to get your stories in. See details on your page.

The Enchanted Grove of the Old Spotted Gums (2013) 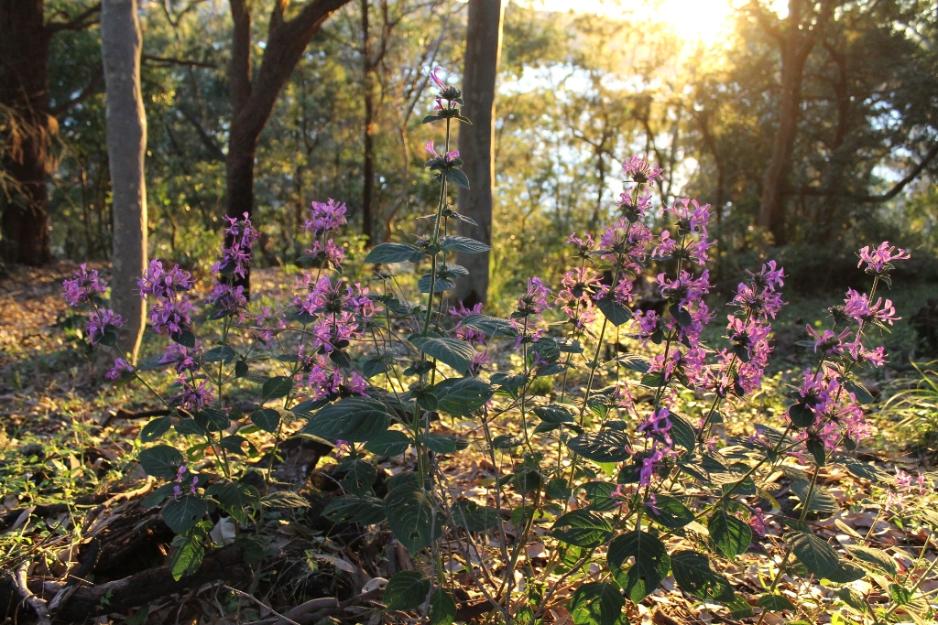