It had been long suspected by the colonial authorities that smuggling was taking place in Broken Bay, with its places of concealment in thousands of inlets, and almost complete lack of supervision.

A big smuggling event took place at Broken Bay in 1842. A schooner called the Fair Barbadian, 137 tons, built in Barbados in 1833, owner Robert Glasgow Dunlop, set sail from Port Jackson under the command of Captain Johnson on 14 May for Lombok in present Indonesia, with a cargo of spirits. At this time Sydney merchants were allowed to import spirits free of duty, deposit them in bonded stores, and then re-ship them to foreign places free of duty, provided the merchants guaranteed bond money in case of default.

In 1842 a ticket of leave man named James Toomey was living on 30 acres of rented land at Pittwater, previously occupied by James McDonald at Salt Pan Cove. Toomey was a timber cutter, and on Sunday 12 June 1842 he was cutting timber at Cowan Creek for a coach-maker in Sydney. The following day he noticed something on the water’s edge which he at first took to be cut timber. On closer examination he found it to be casks. He knocked the bung out of a small cask and found it contained brandy. Not long afterwards he located twenty-nine casks of rum in the grass, and a further quantity of brandy casks under or near a rock. The casks were marked with large white letters. Toomey could not read, but Daniel Farrell, who was working with him, could. Farrell wanted to put two casks of the brandy into his boat, but Toomey refused. No-one was about at the time. Toomey was frightened, and left the scene quickly, returning towards his own home, which was about thirteen miles away.

Farrell called in at the place of Michael Sullivan, near Barrenjoey, and obtained a gun. They then proceeded to Toomey’s wharf, where they tied up Farrell’s boat, and Farrell departed for his house. (The 1841 census showed that Daniel Farrell’s residence was at Belgoula, Parish of Narrabeen, which was, or had been the property of Robert Henderson.) 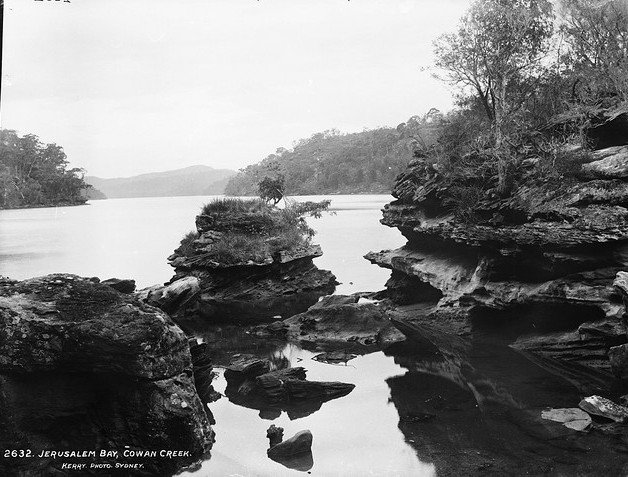 During the night Toomey found that Farrell’s boat was missing. About midnight he went to see Farrell and asked him to lend him a horse to go to Sydney. Toomey rode to North Harbour and then on to Middle Harbour, where he swam across, reaching Sydney about 9 a.m. He reported his discovery to Captain Browne, Superintendent of the Water Police, at his house.

While Toomey was away, Michael Sullivan and Daniel Farrell visited the contraband site at Cowan Creek. They observed an empty boat, while Robert Henderson and two other men were standing on a rock nearby. Sullivan saw four casks, which he thought contained liquor, in the boat. He noticed another two casks on the rocks. Henderson offered to give Sullivan £50 not to say anything. Farrell told Sullivan to go to the top of the cliff to see if the guard boat were coming. When he returned, the casks, boat, Henderson and the men with him, were gone.

About 12 noon Toomey, in Sydney, accompanied Captain Browne and Inspector Riley in the police schooner Ariel, arriving at Broken Bay about 7 p.m. They switched to a whale boat for the pull to Cowan Creek, which they reached about 10 p.m.

On their way, about a mile from the contraband site, they met a boat coming from that direction. At first it refused to stop, until ordered to do so by Captain Browne, who threatened to fire upon her. Robert Henderson and two or three other men  were in the boat, which was found to contain a pannikin of brandy, some black paint, a paint brush still wet with paint, some tea and sugar, and some oil. When questioned, Henderson claimed that they were out shell fishing.

At the Cowan Creek site Toomey showed Captain Browne and the police party where the casks were located, claiming that a number of brandy casks had already been removed. The tops of the rum casks had been painted with black paint, which was still quite wet. One of the casks was washed with spirits, revealing the mark ‘HM P--te’ on a red background. Other marks of HM were on other casks, and one, which had been overlooked, clearly showed the identity mark D & Co.(Dunlop & Co.). Captain Browne sampled the rum and brandy, and decided that the rum tasted bad. 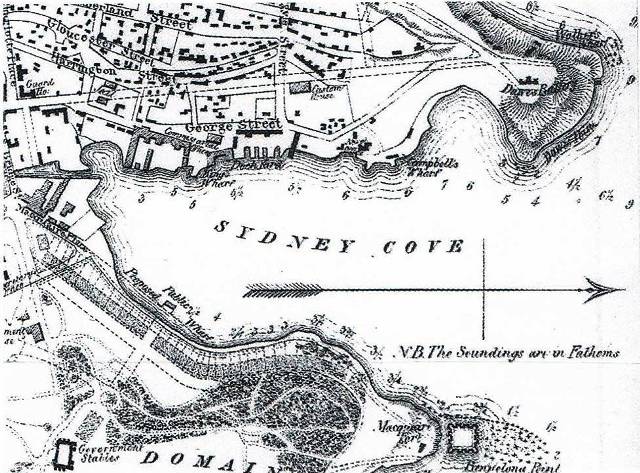 Left:  Sydney Cove showing first Customs House. 1836.  In the morning, Browne left Inspector Riley in charge of the spirits while he made arrangements to hire another vessel. The casks were brought to Sydney by the police schooner Ariel, the hired schooner Acme, and the revenue cutter Prince George. Browne supervised the landing of the spirits at Campbell’s wharf and their delivery to the Queen’s bonded stores.

Thomas Powell, coxswain of the Ariel, returned to Jerusalem Bay, off Cowan Creek, and found a further nine casks on 24 and 25 June, which he delivered into the Queen’s stores in Sydney.

With a reward on offer, the Customs Department complained bitterly that it should have been left to them to seize the spirits. The Collector of Customs, Colonel Gibbes, tried unsuccessfully to seize the contraband spirits over Captain Browne’s head, saying that the deputation that he had given to the Water Police only applied to the waters of Port Jackson. The dispute was referred to the Governor, and then to the Customs authorities in London. The decision went in favour of the Water Police.

Daniel Farrell was born to John Farrell I and his wife Martha in 1819 or 1820. His role in the smuggling affair was ambiguous: was he in league with the smugglers, acting on his own account, or gathering information in order to report it to the Customs Department?

Farrell was summoned to appear before the Water Police Court on 25 August 1842 at 10 a.m., but the prosecutor, Mr Jeffrey, Landing Surveyor in the Customs Department, did not appear until 11 a.m., after the case had been dismissed. On a second occasion in court, Daniel Farrell was charged with aiding and abetting the concealment of the nine casks of brandy discovered by Coxswain Powell, but due to the absence of Mr Jeffrey, the case was also dismissed.

Robert Henderson was charged as an accomplice in the concealment of one hundred and seven quarter casks of brandy and twenty nine puncheons of rum, at Cowan Creek. Mr Nichols appeared for the defence, and argued that it had not been proved in evidence that Cowan Creek was within the Colony of New South Wales, and he was ignorant as to whether it was in New South Wales or New Zealand. After consultation, the Bench dismissed the case. 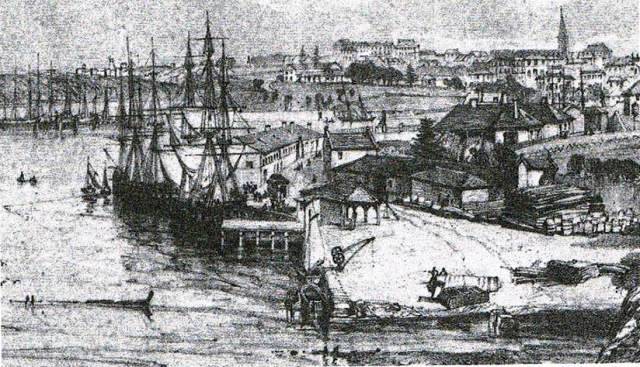 A further charge was made against Henderson for aiding and abetting the conveyance of the spirits. Mr Nichols again defended him, stating that it was not the intention of the Act to enable Customs to prosecute a person for conveying, concealing, or aiding and abetting, so that £100 damages could be obtained for each offence. His client had not been convicted the first time, and therefore this plea must be admitted. The Bench admitted that Mr Nichols’ plea was a good one, and dismissed the case.

The case of The Queen v. Dunlop and others was held in the Supreme Court on 24 November 1842, before Mr Justice Stephen and a special jury of twelve men. The Attorney-General, on behalf of the Queen, explained that the action was brought to recover £5000 for the non-fulfilment of a bond which Robert Glasgow Dunlop and his sureties had entered into with the Collector of Customs. Their stated intention had been to export fifty-nine hogsheads of foreign rum to Lombok per the Fair Bardadian. The rum had been imported from Mauritius in 1840 on the Potentate by Mr Henry Moore (HM P--te) and sold to Dunlop & Co. in May 1842. The brandy had been imported by Dunlop during 1840 and 1841. Various movements concerning the rum and brandy were accounted for, and evidence was given by witnesses to show that it had been fraudulently unshipped within the colony. The jury brought in a verdict for the Queen, and the amount of £5000 was recorded as damages.

On the following day, similar court action was taken against John Ross, the exporter of the brandy on board the Fair Barbadian, bound for Lombok. The jury’s verdict was in favour of the Queen, and the amount of £6000 was recorded as damages.

The Fair Barbadian was without an adequate explanation for what had happened and did not come near Sydney during the court proceedings. Captain Johnson preferred to use Hobart as his port of call.

It was imperative that a Customs Station be established at Broken Bay, and this occurred in January and February 1843. A new Customs House was built at Circular Quay, in Sydney Cove, in 1844.

On 1 February 1844 the Sydney Moring Herald announced that the officers who were “in the affair” had received their shares, viz., Inspector Riley, £25; Coxswain Powell, £20; J. Drew, master of the Water Police schooner Ariel, £20; four free men of the crew, £8 each; and three prisoners of the crew, £4 each; £160 to James Toomey, the first informer (with an Absolute Pardon); and £160 to Daniel Farrell, also an informer; with £50 expenses to the Customs Department; leaving to Captain H.H. Browne nearly £600. 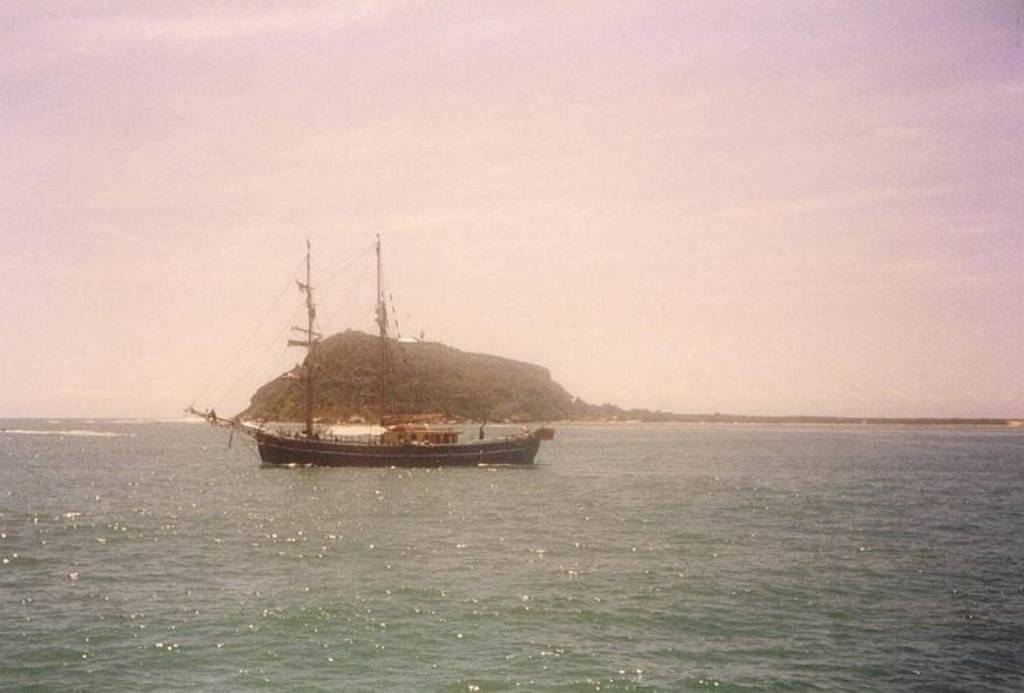 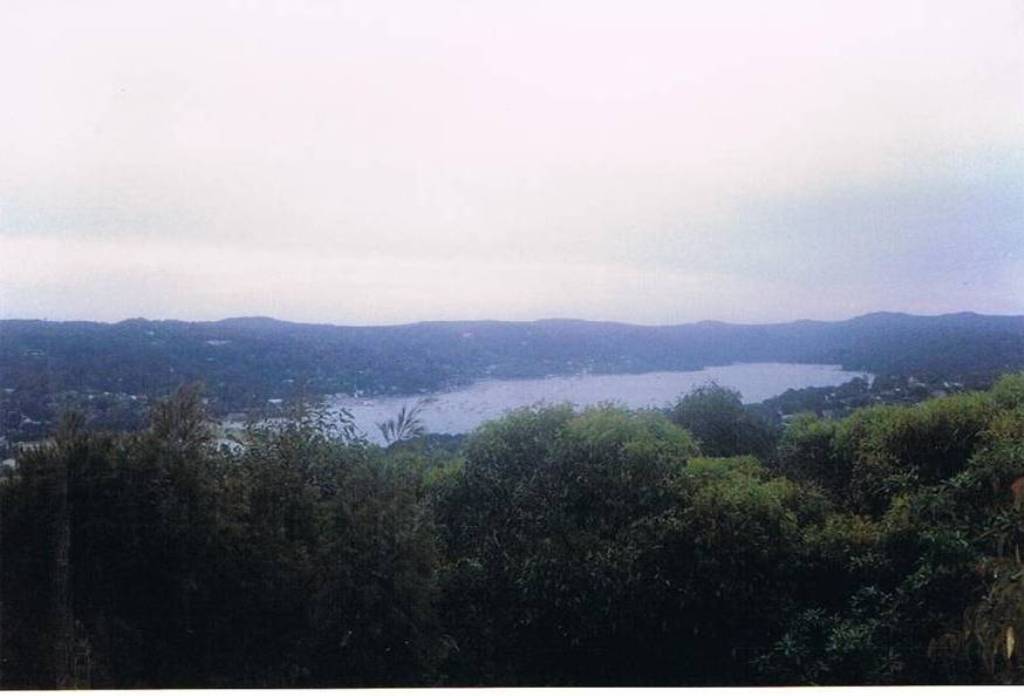 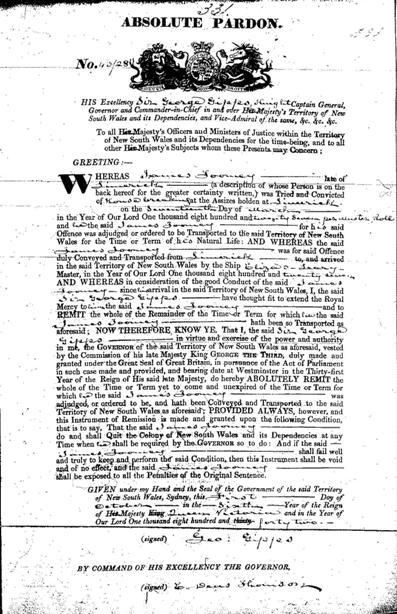