The Peninsula Senior Citizens Toy Repair Group has been in operation for 35 years and in that time has given away well over a million toys to children’s charities. This is a staggering amount of work and a huge gift to the many children in Australia and overseas who have received them. The group of volunteers collects and repairs toys that have been delivered to their shed at Ingleside (beside the Bahai Temple) or at any of the drop off points listed below.

Every three months they have Distribution Days where over 4000 toys are given the Charities who have registered with Mary Kitchen, Secretary, for this purpose. On Wednesday they had another of these with representatives coming from as far away as Mt Druitt to select items for children. Mary tells informed us there are twenty charities currently benefiting from the hard work of this group.

The day begins around 7am on Distribution Days although some had been there the day before displaying the products of all their hard work. This Wednesday (7.9.11) scores of small bikes, thirty laundry sized bags of soft toys and thousands of other articles were given to those who attended. The tables that were full at the beginning of the day were almost empty. Every other Wednesday the 33 volunteers meet in the Bert Williams Memorial Building, a kind gentle man who was one of the original members and President of the group for 27 years, to collect, repair, clean and collate the vast arrange of bikes, trikes, books, soft animals, dress-up clothes; you name, they’ve got it.  Mary pointed out one doll's pram, now in Fiji and in the possession of a child clearly delighted with her gift, for which she had made a new cover.

These are also social occasions where the members celebrate birthdays or share stories of their week over a cup of tea. It’s hard work though, despite this social element. One lady explained how she puts her feet after a day ‘on the tools’ and has a book on her lap which doesn’t get read while she naps. Each member has been donating their time and energy for a fair while too; some spoken to had been members for 12 years and over.

The Toy Repair Group began as the idea of Don Jackson, proprietor of Warringah Toy and Trophy Pty. Ltd. Mr Jackson approached Warringah Councilor Frank McAskill, Social Welfare Co-Ordinator for Warringah Shire Council in 1975, with the idea of setting up a Seniors Group to repair the new toys which arrived damaged or were broken through handling and then distribute them to children. Four senior citizens, Mr R Ross, Mr F Hume, Mr J Costello and Mr J Penning agreed to organize and conduct the project under guidance from Mr D Taylor of the House With No Steps. The idea flourished in premises set up at Narrabeen.

During 1998 the work space that had been adjacent to Narrabeen Sports High School was burnt by vandals and the group had to raise $30 000.00 to relocate to the present site.

Members of this organisation have received the Frank McAskill Award. This Award is given annually to the person or organisation who has contributed significantly to ‘The improvement of the quality of life for senior citizens in the Manly Warringah Pittwater Area’. 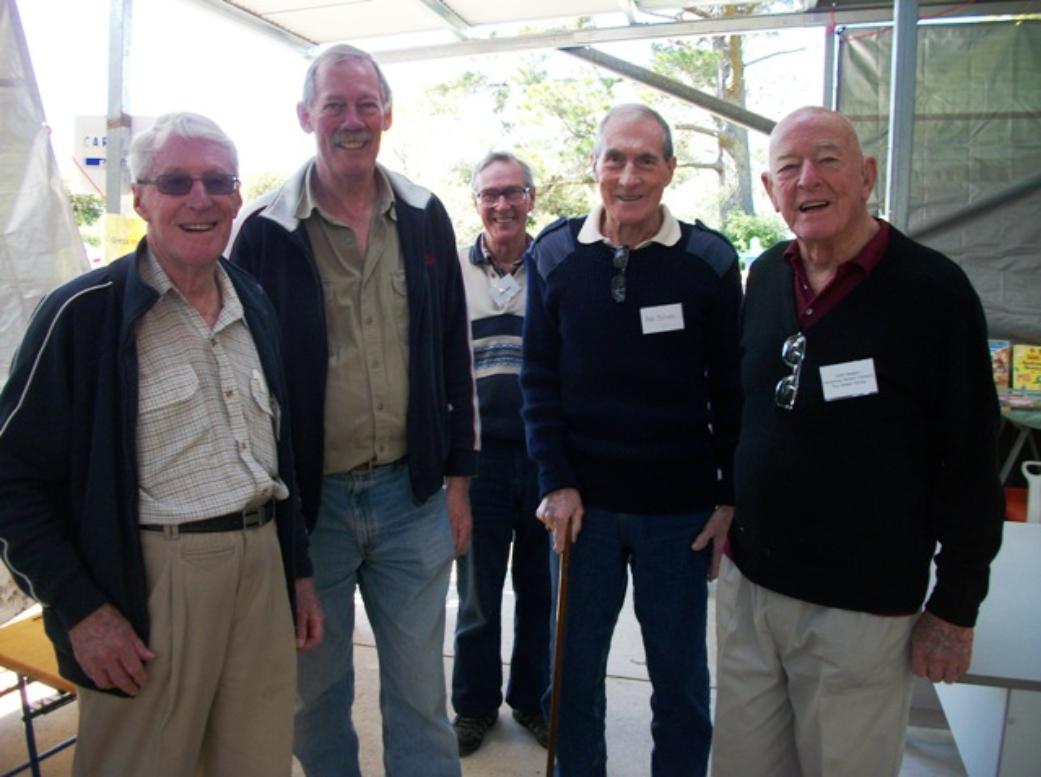 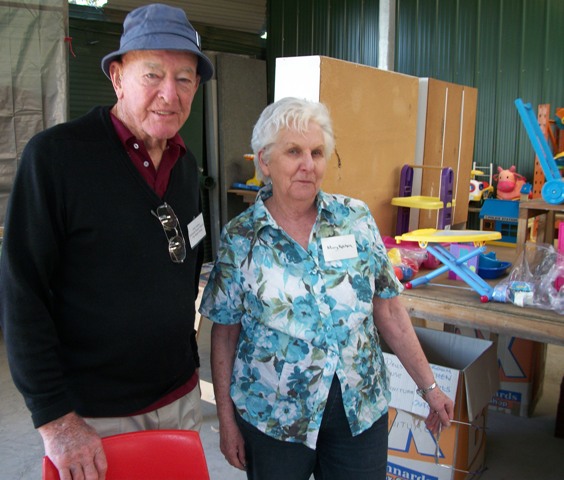 Above: Some of the wonderful volunteers who restore and distribute these toys.