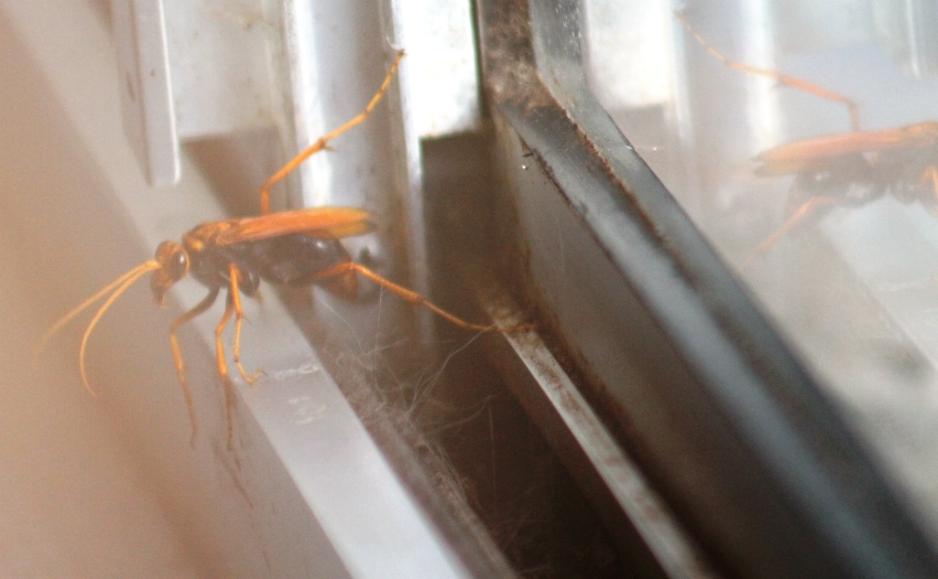 Above: Spider wasp – blown indoors by salt air onshore breezes - Wasps in the family Pompilidae are commonly called spider wasps or pompilid wasps. Spider wasps are long-legged, solitary wasps that use a single spider as a host for feeding their larvae. They paralyze the spider with a venomous stinger. Once paralyzed, the spider is dragged to where a nest will be built – some wasps having already made a nest. This one is classified as a Sydney Spider Wasp and was buzzing all windows at the office here, looking for prey no doubt. 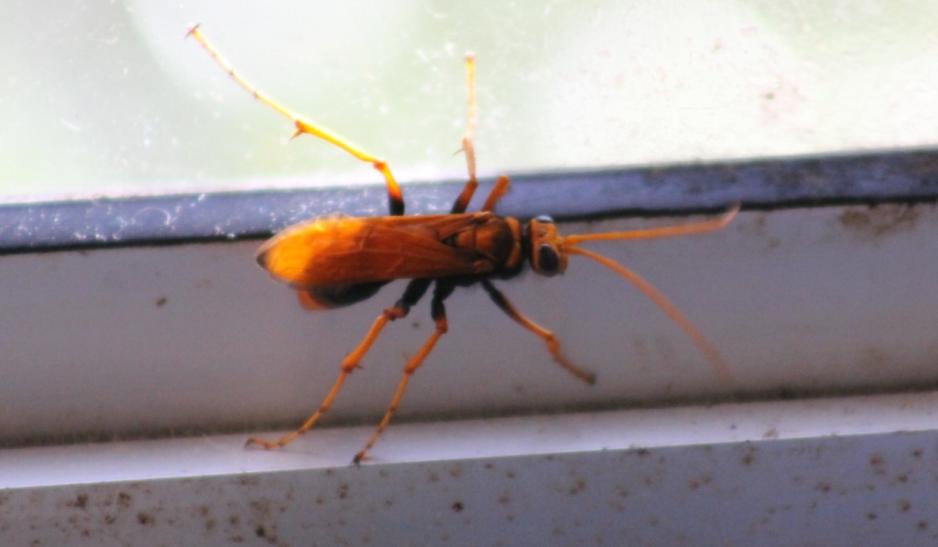 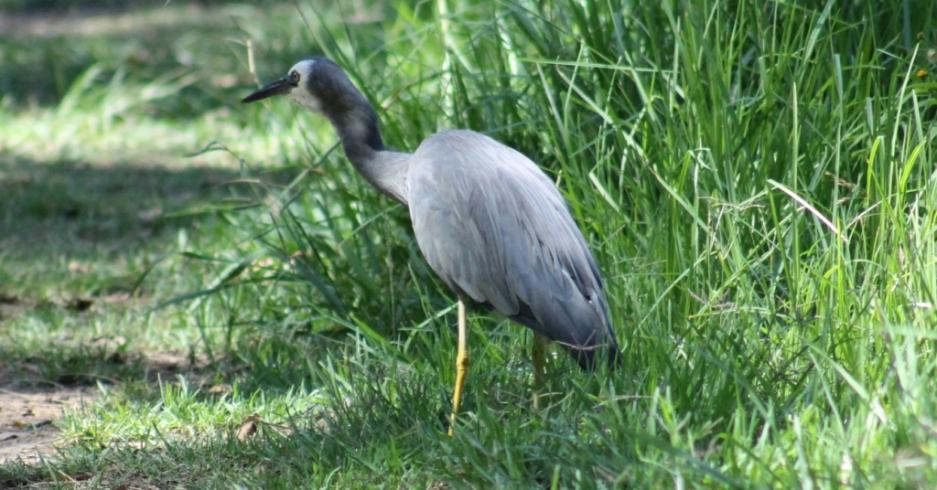 Above: White-faced Heron, Egretta novaehollandiae, strolling down a path beside Careel Creek during the week, foraging for insects among the tall summer grasses. 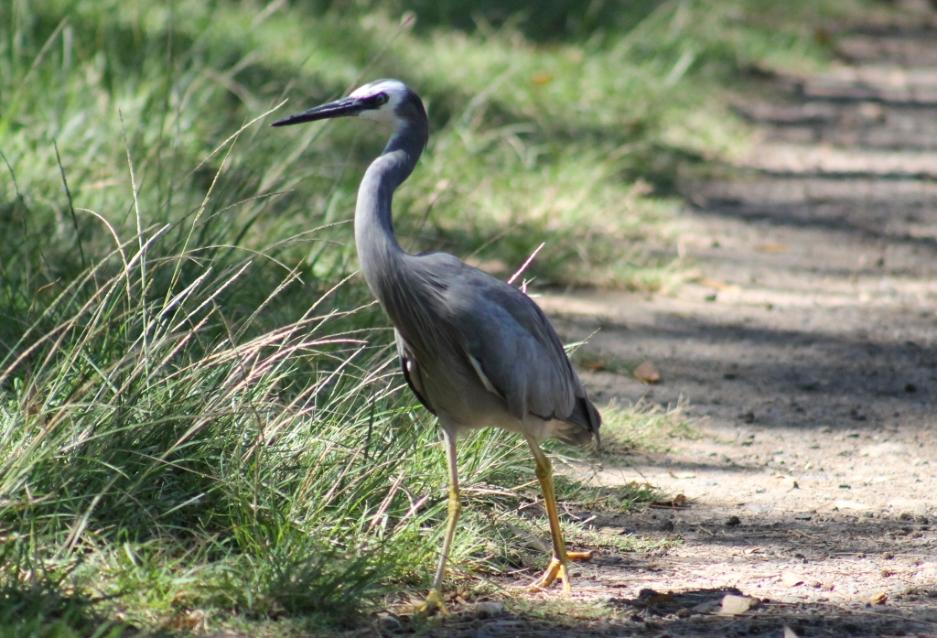 Above: Superb Fairywren, Malurus cyaneus, also known as the Superb Blue-wren or colloquially as the Blue Wren, seen with another male and two females flitting around Avalon Dunes and over to sand. 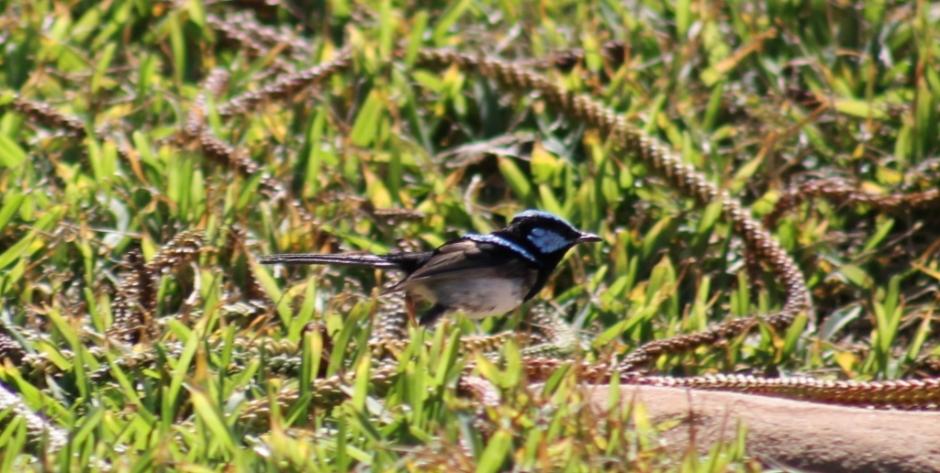 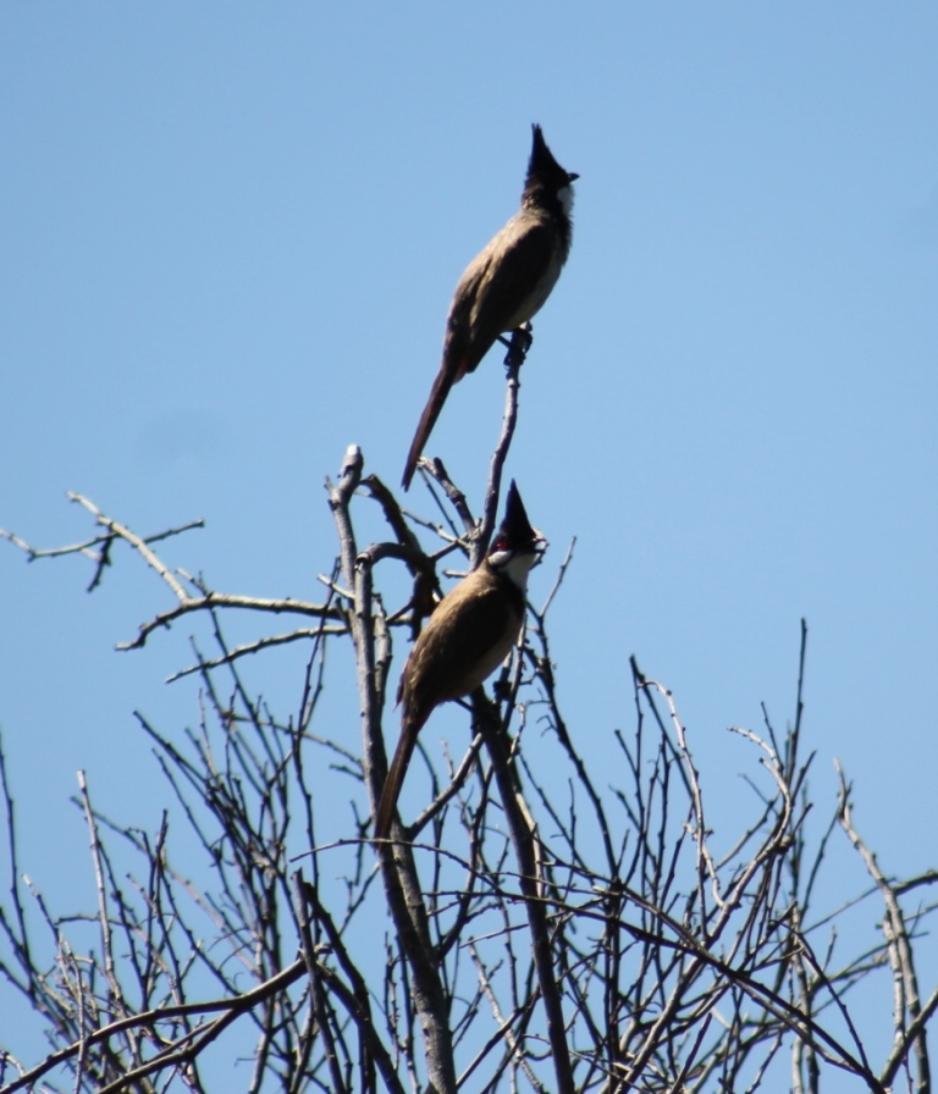 Above: singing beautiful songs at Avalon Dunes - into the salt sea air of course ! 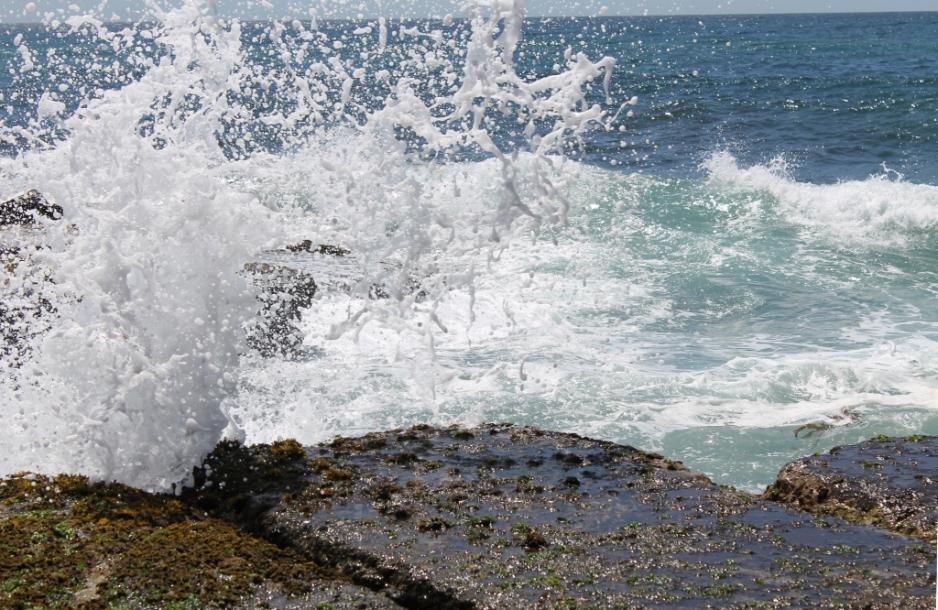 Above and below: Salt water into salt air. 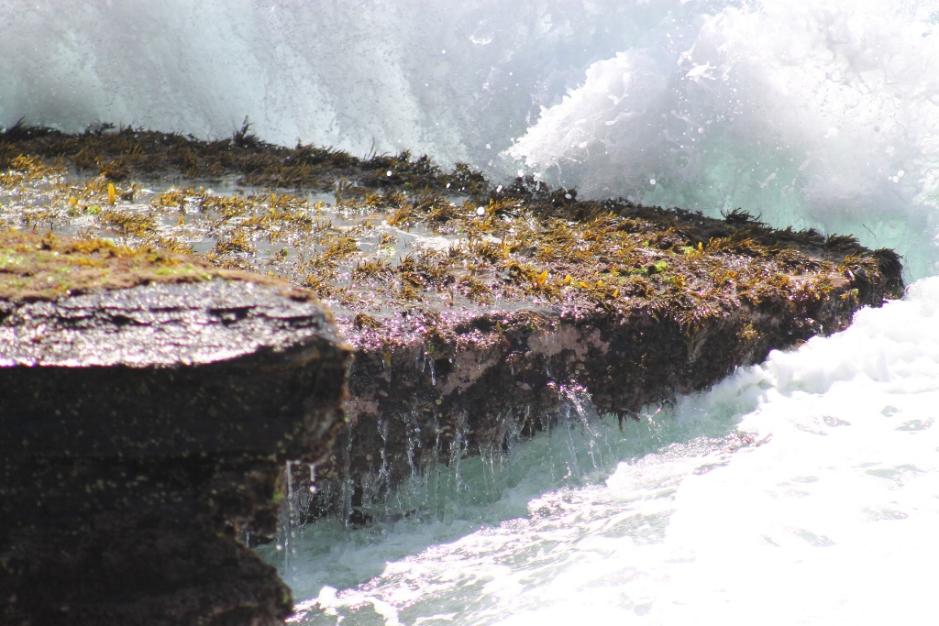 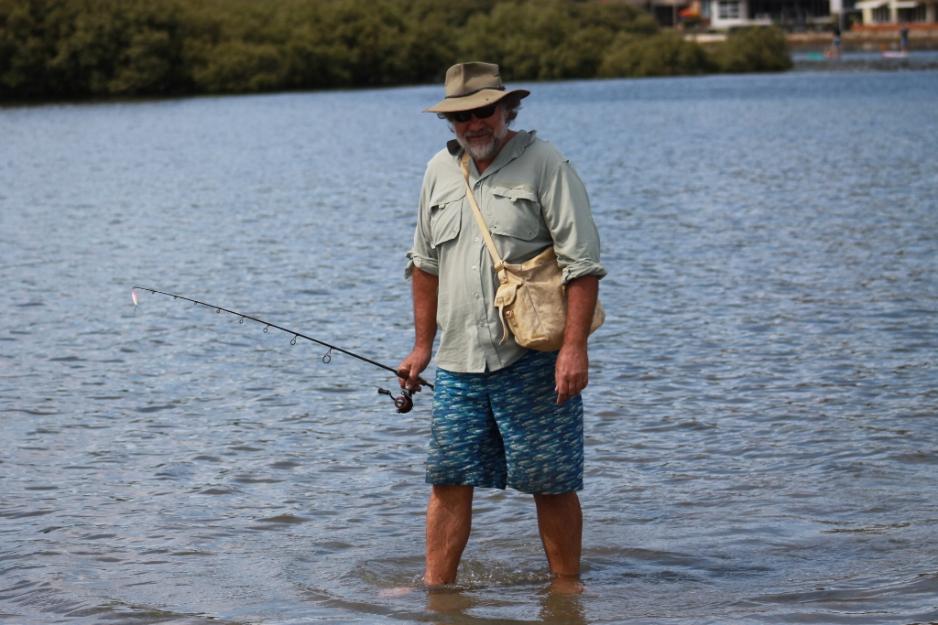 Above and Below: Fishermen trying their luck at Careel Bay - strolling through the saltwater. Roger (above) was trying for a few flathead. Gentleman below - reflected. Pittwater Fisherman - There is certainly something in angling that tends to produce a serenity of the mind. —Washington Irving . "Some go to church and think about fishing, others go fishing and think about God." —Tony Blake 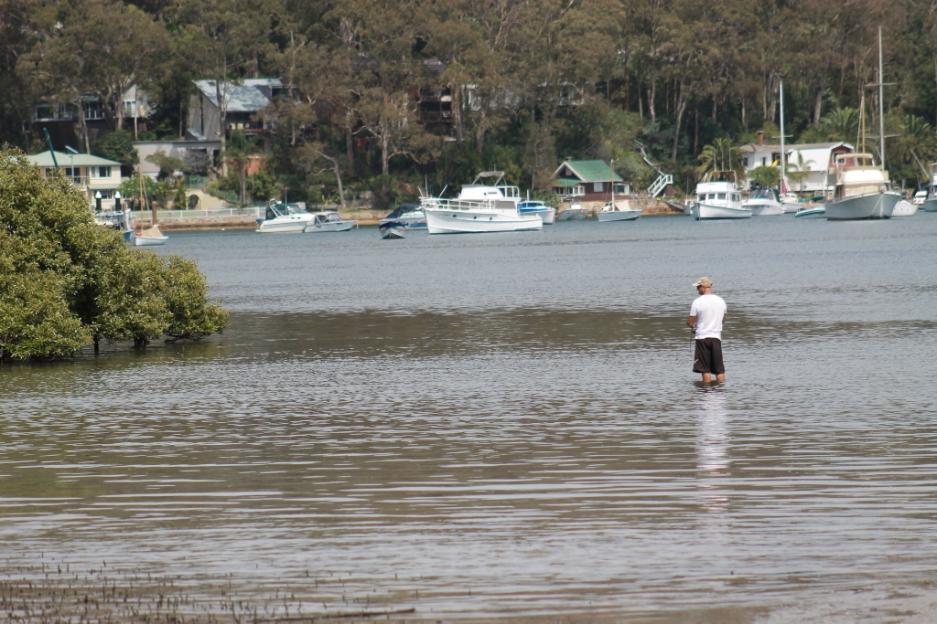 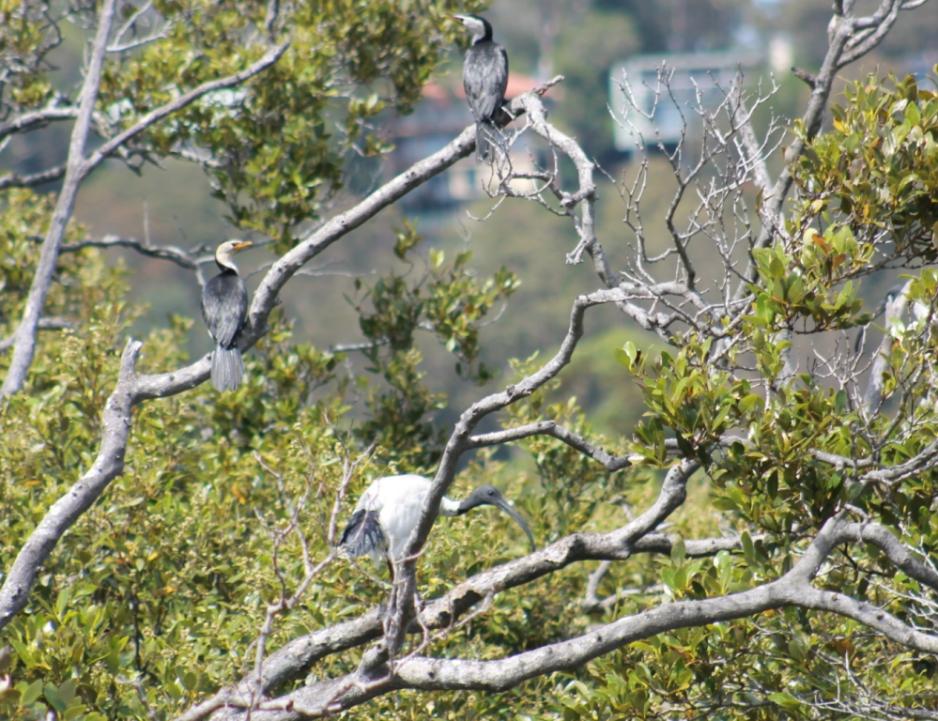 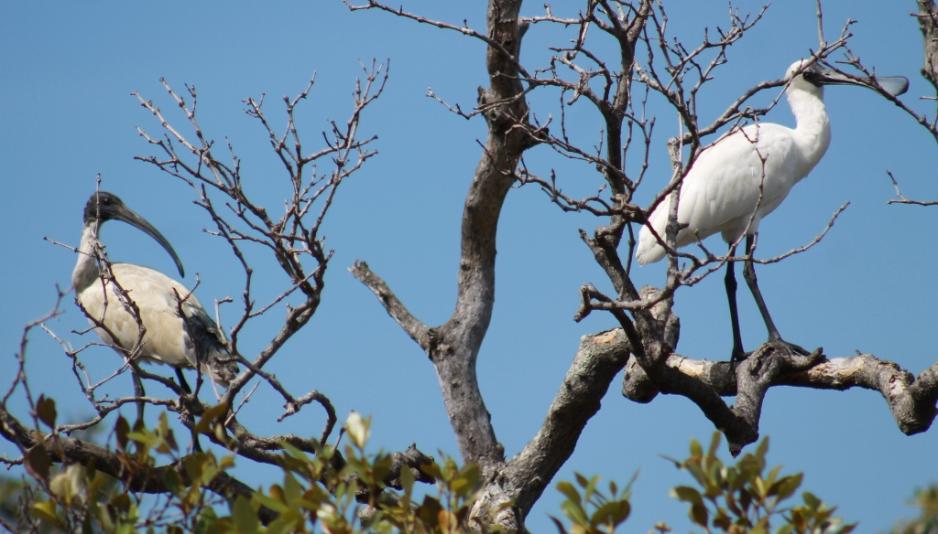 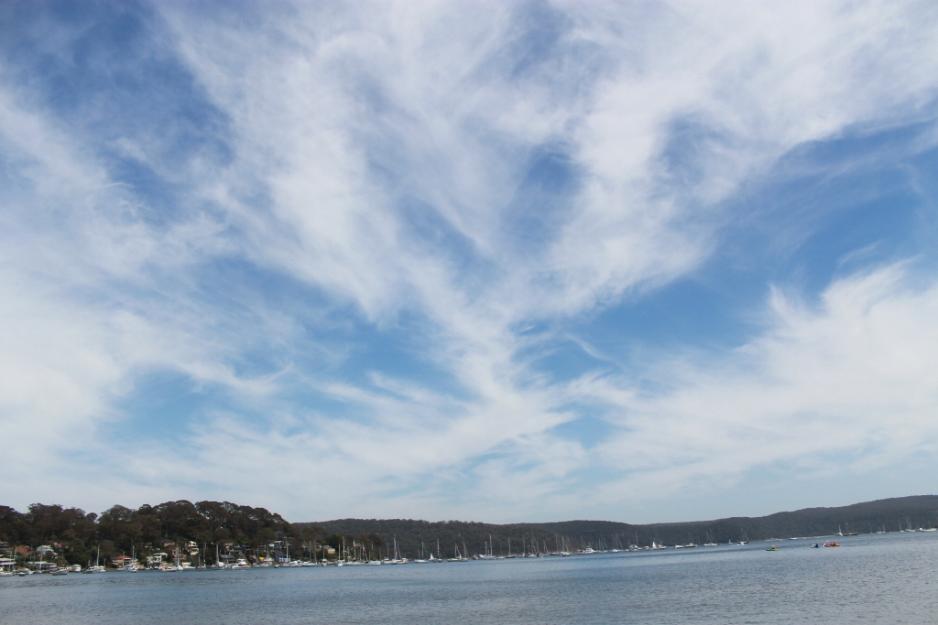 And Cirrus clouds (cloud classification symbol: Ci) are a genus of atmospheric clouds generally characterized by thin, wispy strands, giving them their name from the Latin word cirrus meaning a ringlet or curling lock of hair.[ The strands of cloud sometimes appear in tufts of a distinctive form referred to by the common name of "mares' tails".
Cirrus clouds generally appear white or light gray in color. They form when water vapor undergoes deposition at altitudes above 5,000 m (16,500 ft) in temperate regions and above 6,100 m (20,000 ft) in tropical regions. They also form from the outflow of tropical cyclones or the anvils of cumulonimbus clouds. Since these cirrus clouds arrive in advance of the frontal system ortropical cyclone, they indicate that the weather conditions may soon deteriorate. While they indicate the arrival of precipitation (rain), cirrus clouds themselves produce only fall streaks (falling ice crystals that evaporate before landing on the ground). Cirrus cloud. (2013, February 4). In Wikipedia, The Free Encyclopedia. Retrieved from http://en.wikipedia.org/w/index.php?title=Cirrus_cloud&oldid=536453536

Pictures by A J Guesdon, 2013. All Rights Reserved.