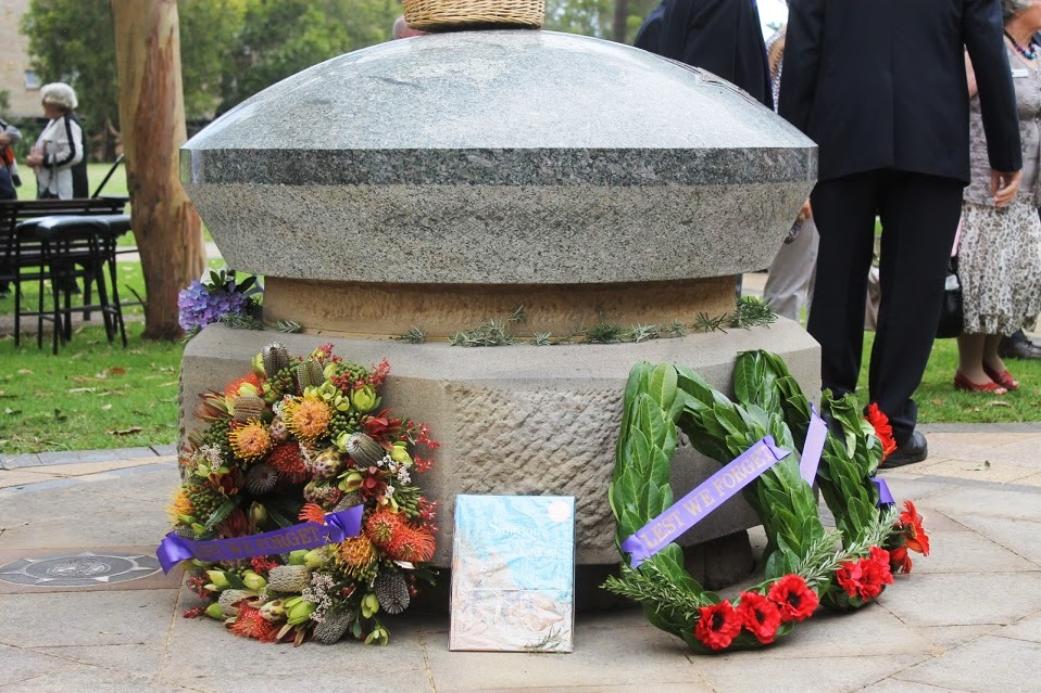 Avalon Beach RSL sub-Branch, Graham Sloper, President: Prologue 2015
To begin with I’d like to say ‘why is this day so special to Australians’; at 11a.m. on the 11th day of November 1918, the guns of the Western Front fell silent after more than four years of continuous warfare.
The 11th hour of the 11th day of the 11th month came to hold special significance in the post-war years. The moment when hostilities ceased on the Western Front became universally associated with the remembrance of those who had died in the war.
The first modern day world conflict had brought about the mobilisation of over 70 million people and left between 9 and 13 million dead. Perhaps as many as one third of them had no known grave.
The Allied nations chose this moment and time for the Commemoration of their war dead.

After the end of the Second World War the Australian and British governments changed the name to Remembrance Day. Armistice Day was no longer an appropriate title for a day which could commemorate all war dead.

In Australia, on the 75th anniversary of the Armistice in 1993 he Remembrance Day ceremonies became the focus of national attention. The remains of an unknown Australian soldier were exhumed form a First World War cemetery in France and were ceremonially entombed the Australian War Memorial Hall of Memory.

Four years later, in 1997, Governor General, Sir William Deane, issued a Proclamation formally declaring the 11th of  November to be Remembrance Day and urging all Australians to observe one minute’s silence at 11 a.m. on the 11th of November each year to remember those who died or suffered for Australia’s cause in all wars and armed conflicts.

Avalon Beach RSL sub-Branch has a good relationship with Pittwater Council and with all our community as part of our Community Engagement Program. This accounts for us being one of the four sub-Branches in New South Wales which is increasing in size, and one of the two that is decreasing in age.
That last part is pretty significant.
However, working with our Council is an honour and it has become a tradition that the Mayor gives the Address on Remembrance Day.

In one of my previous jobs I was Director General of Recruiting for Army, Navy and Air Force, so I never let an opportunity get missed f there’s a chance to do some recruiting.

We’re establishing a rapport with 1 Commando Regiment, so if anyone here has children, or grandchildren, interested in being a Reserve or a permanent, I suggest you talk to the boys here today and find out more about what they do, and are doing.

I’d like tot hank the Members of our sub-Branch who have helped in the preparations for today. Lyn Murphy has of course been a tower of strength. Behind that we’ve had John Downey and Barry Young laying extra pavers recently and in fact we’re probably going to have to increase the size of our paved area. Peter Kelly has come down with his gurnie  to clean the area as well.

I’d like to thank the Avalon Voices for leading us in today’s hymns and encourage you all to join them.

On the 11th of November 1918 an Armistice was agreed to which ended the First World War and re-established Peace.
The scale of this war is hard for us to comprehend, with it claiming the lives of ten million combatants and another ten million civilians worldwide.
Since then, through World War II, Vietnam and other contemporary conflicts like East Timor, Afghanistan and Peace-keeper Missions, Australians have placed their lives on the line in order to create a safe world for all.
Today, the 11th of November, we pause at the 11th hour to remember all who fought and died, those who survived, and continue to serve, and those who continue to suffer as a result of conflict.
You may know some of these men and women. They may be our family, friends or colleagues.
You may only know their names from etchings on a wall, but they are all stories of moments of sacrifice. Some we may never really know, or really comprehend the magnitude of their sacrifice.
But we do know, and acknowledge, that each life, each name, and each sacrifice matters.
Today we pause to remember them.

To those Australians currently serving in combat zones across the world, who continue to put their life on the line for us, today we pause to remember them.
To those Australians who have served and suffered subsequent breakdowns that have resulted in a suicide toll three times the Australian combat losses in Afghanistan that left 42 dead, today we pause to acknowledge the ongoing mental health issues that many returned soldiers face.
There are many Volunteers, such as those from Avalon sub-Branch, who are actively providing support to Veterans who are battling mental health issues and homelessness.
It was a proud moment for our community with the launch of the new Sydney Northern Beaches Veterans Centre at Dee Why, created to help ex-servicemen and women and their families, to help them adjust to life after serving their country.
Today we pause to acknowledge your help for ex-servicemen and women, and to their families.

I join in the call made by the Volunteer organisation Soldier On, and ask all of us in this wonderful community of Pittwater to reach out to our returned men and women, and to our mates, young and old, whether they served or not.
As Mr Bale, the Chief Executive of Soldier On says, ‘you never know who might be struggling. Reach out, connect with others, and make sure we are all aware that we have mates, and that you and they are not walking alone.’

Today, let us remember all who served in the past and present, and acknowledge their bravery, their sacrifice and their family’s sacrifice, for they have given us, as Australians, the ultimate gift – Peace.
Lest we forget.

The Sub Branch thanks the Avalon Beach RSL Club and its staff for their help and financial contribution to this day. A special thanks goes to the Catafalque Party from 305 SQN Australian Air Force Cadets, the sub-Branch Honour Guard, our VIP Guests, Legacy representatives and especially to all present today for attending and remembering our lost servicemen and women. 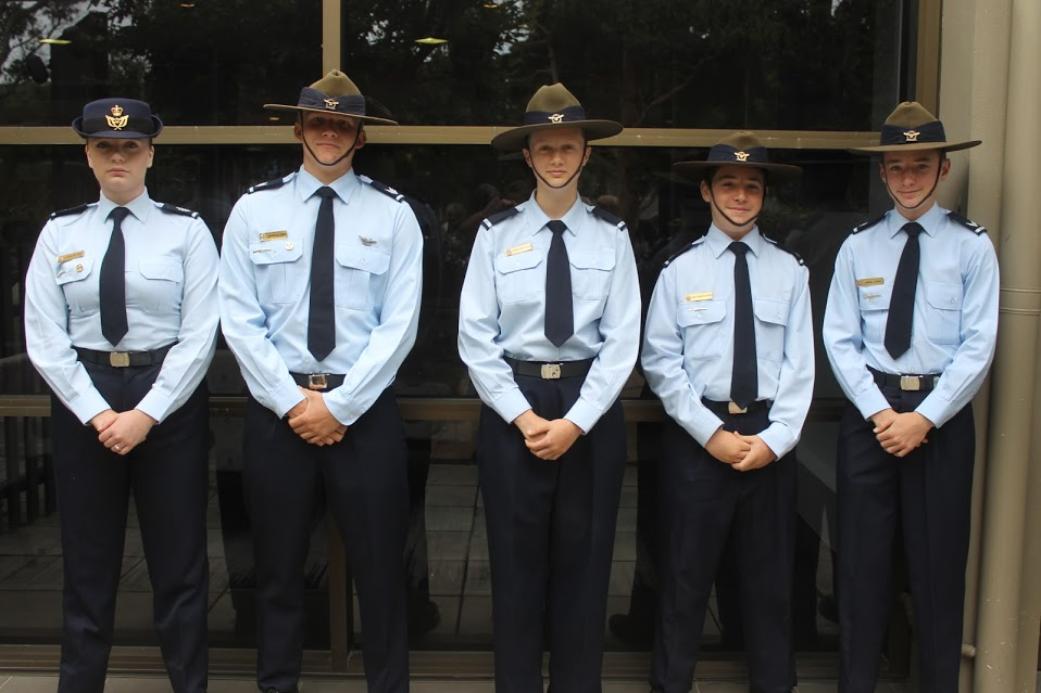 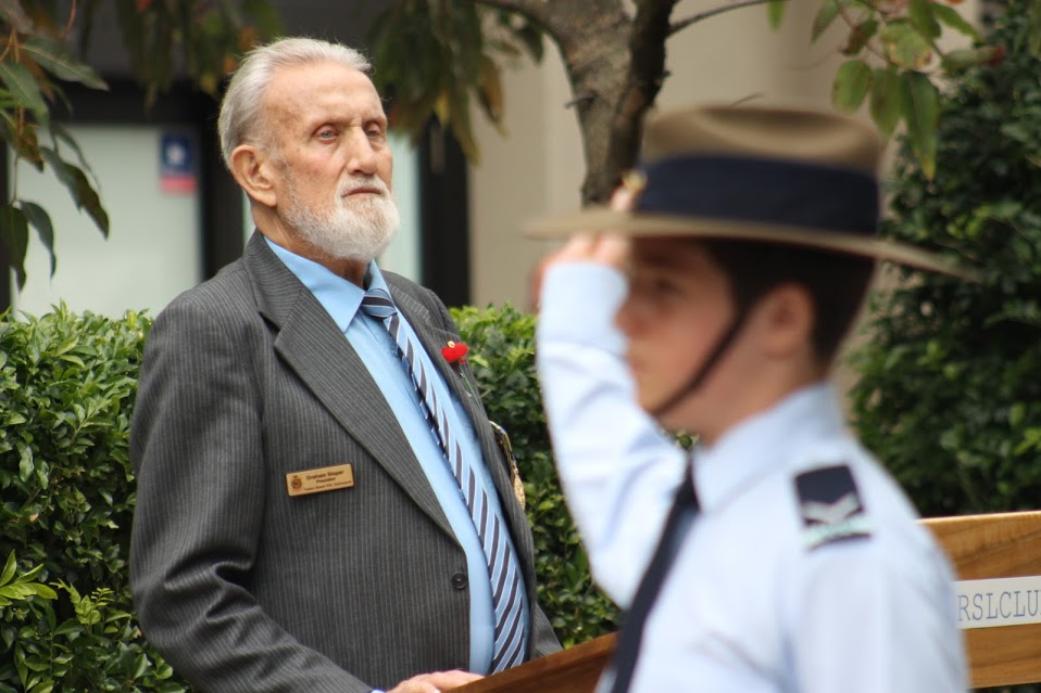 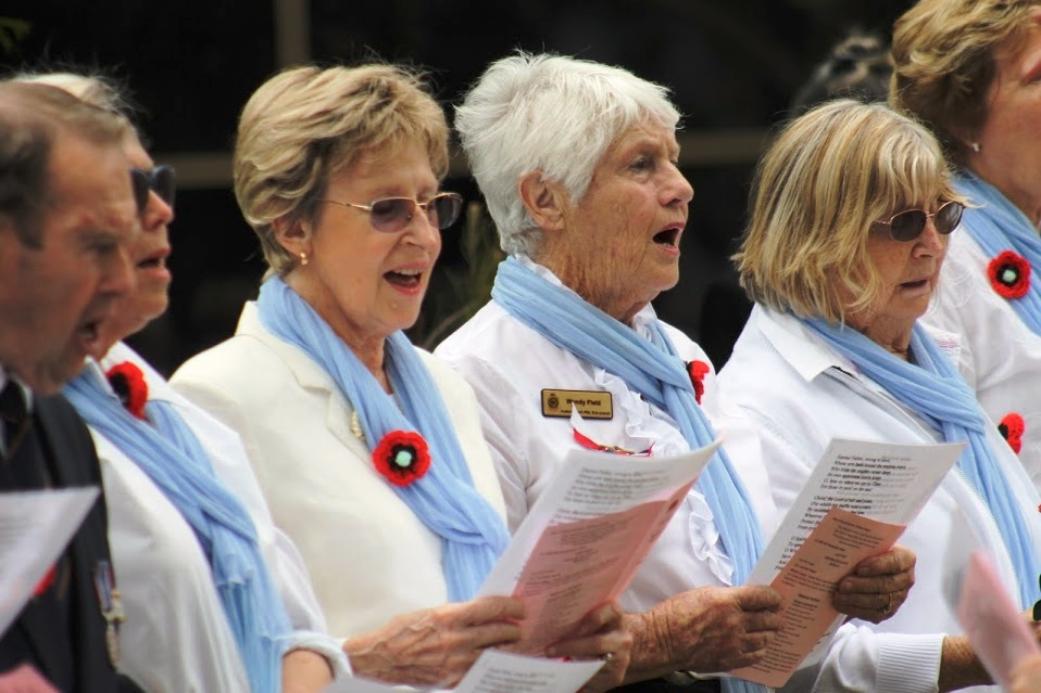 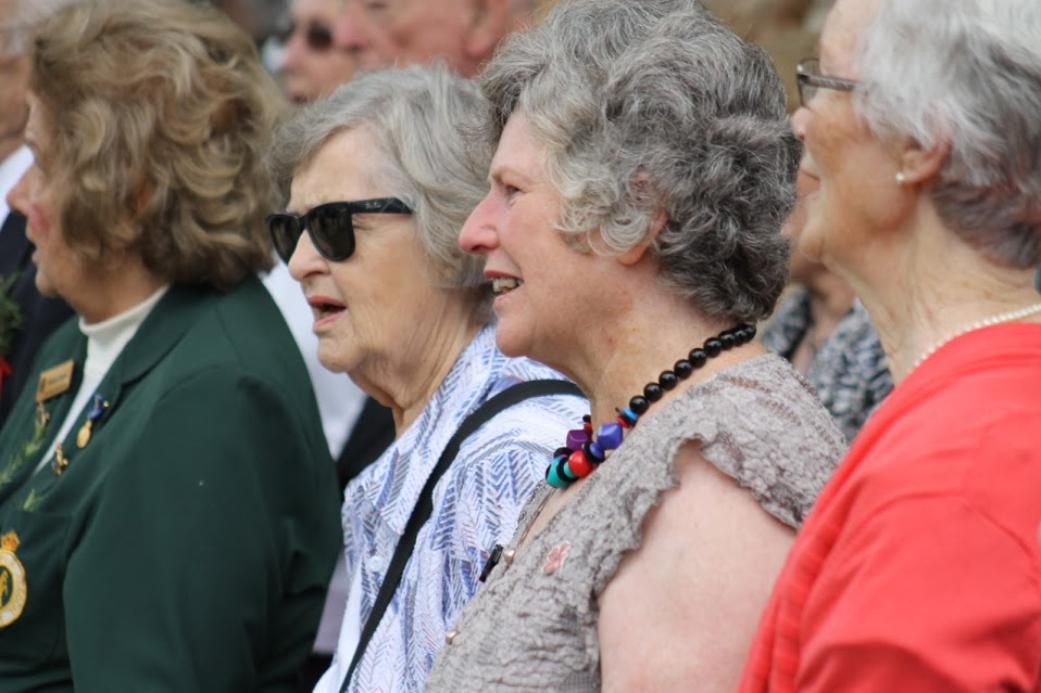 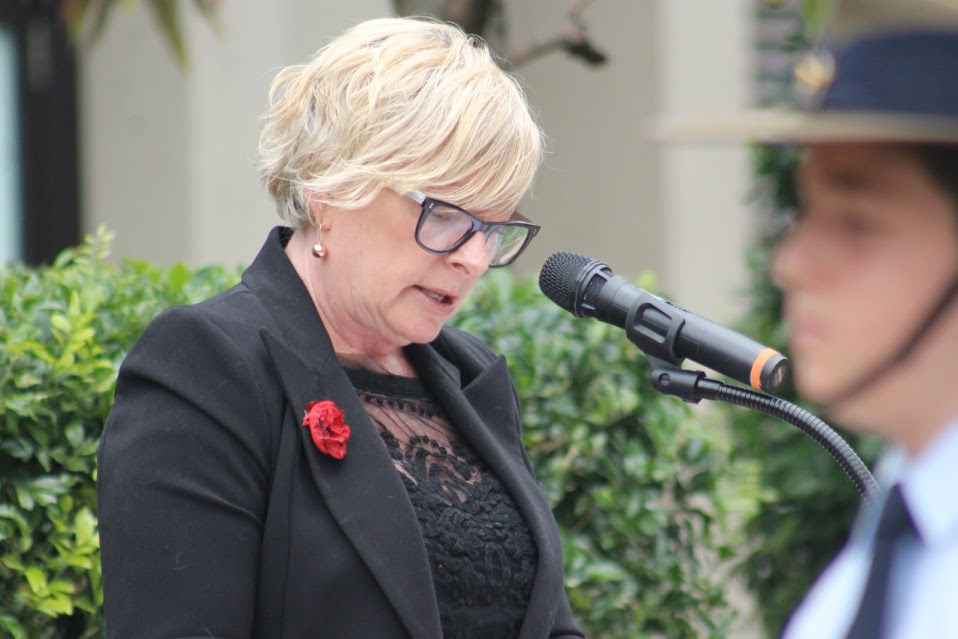 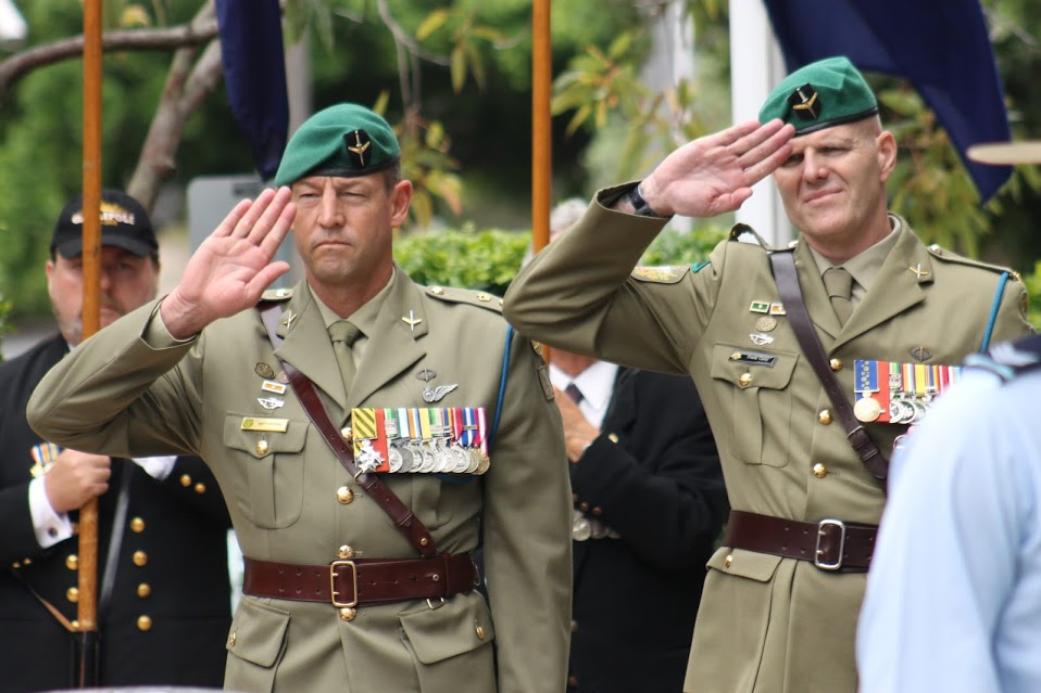 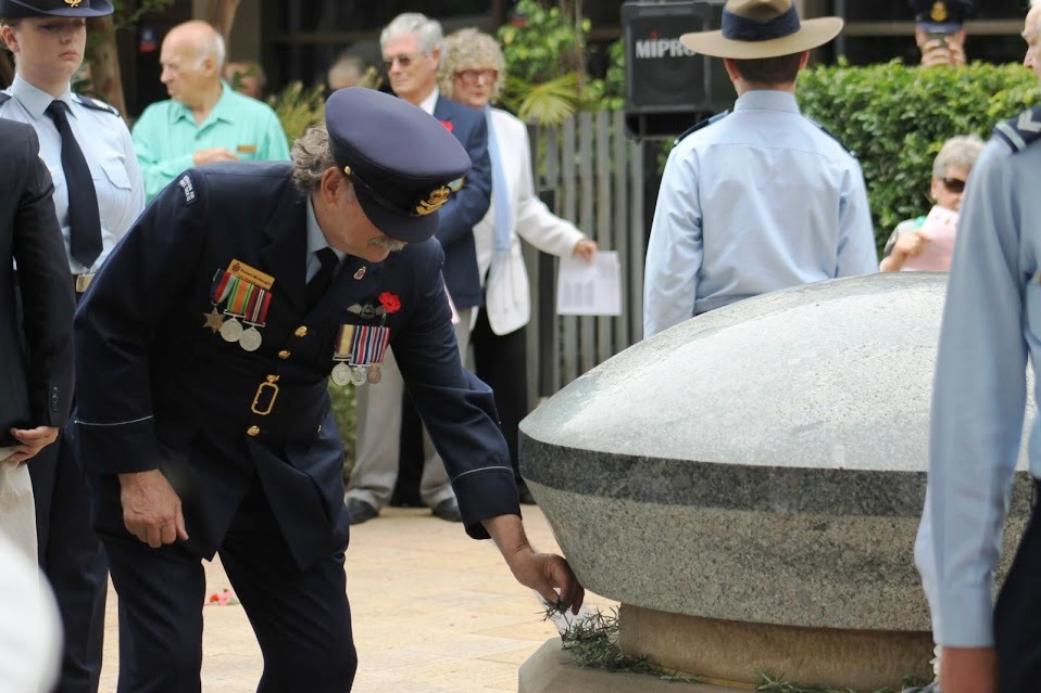 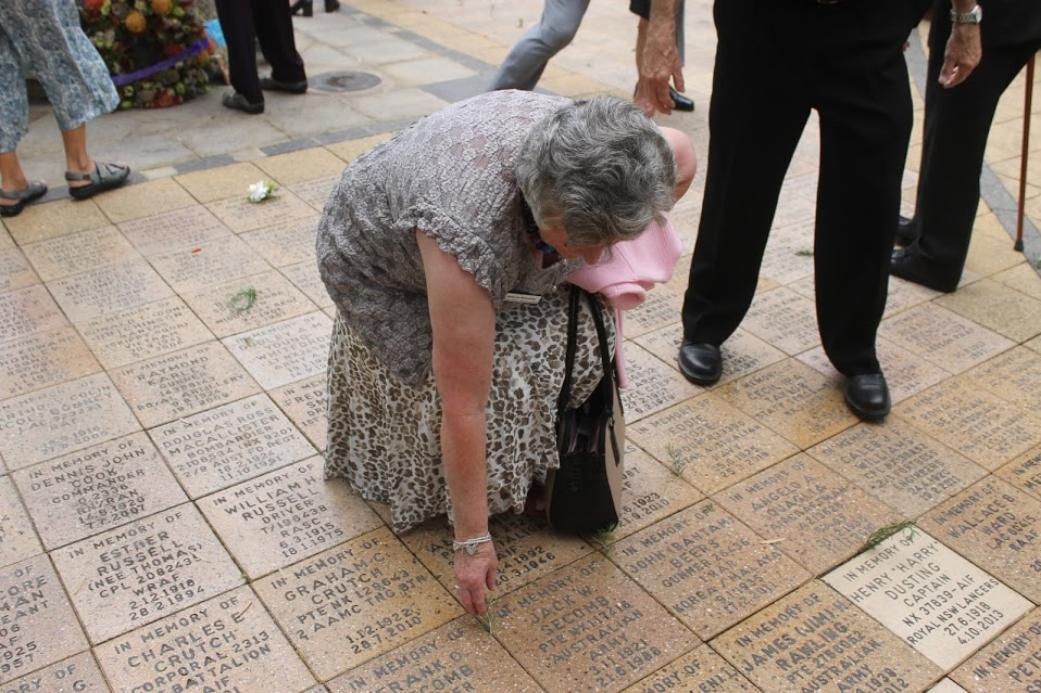 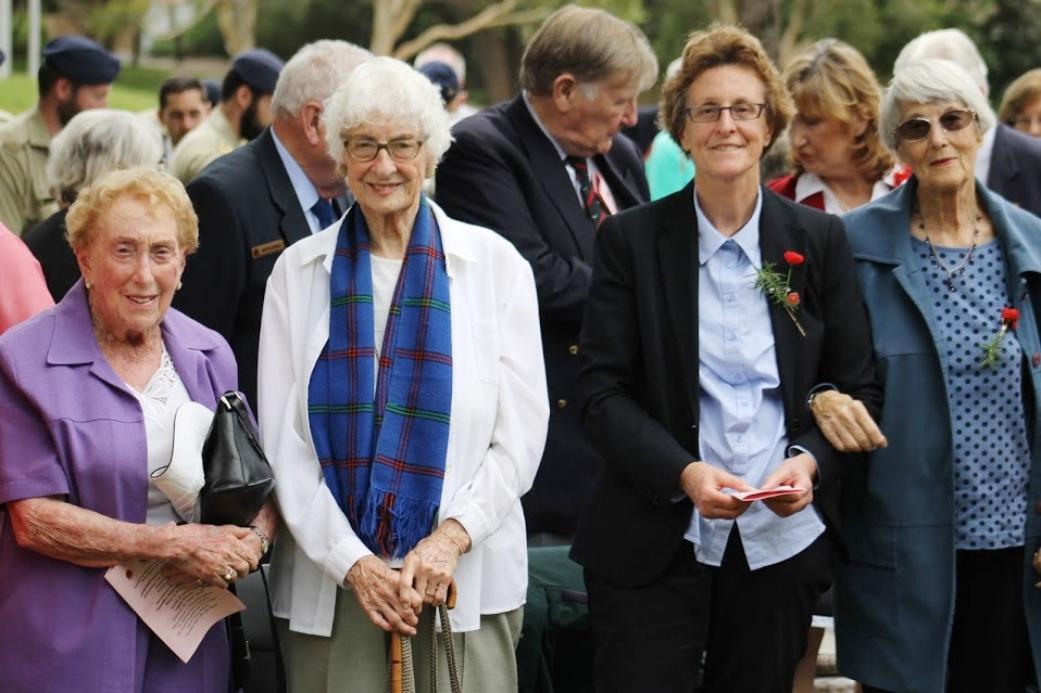 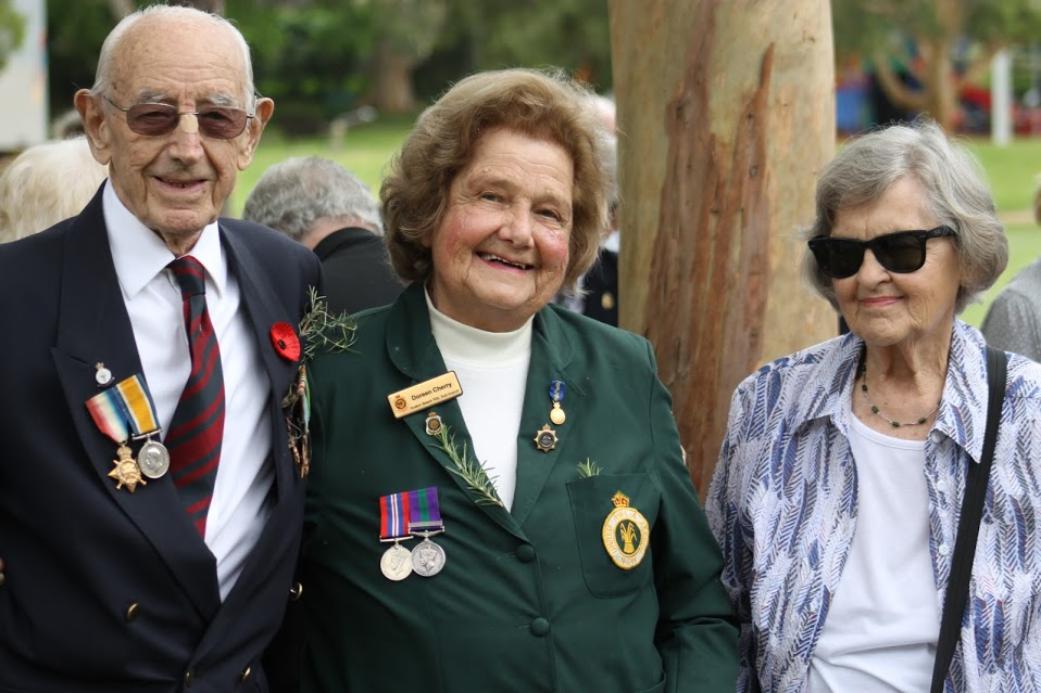 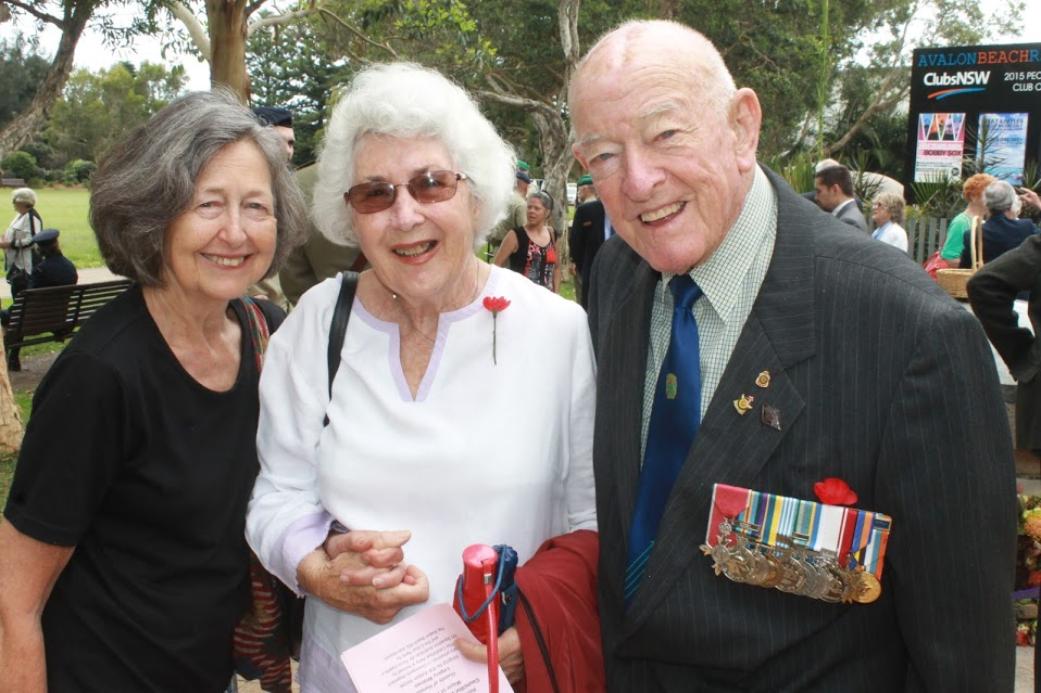 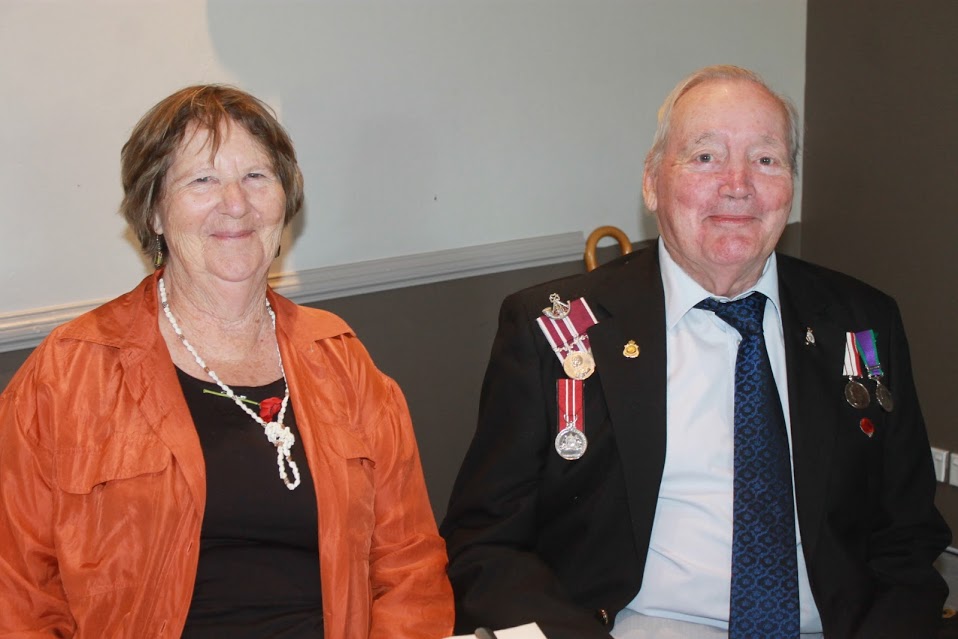 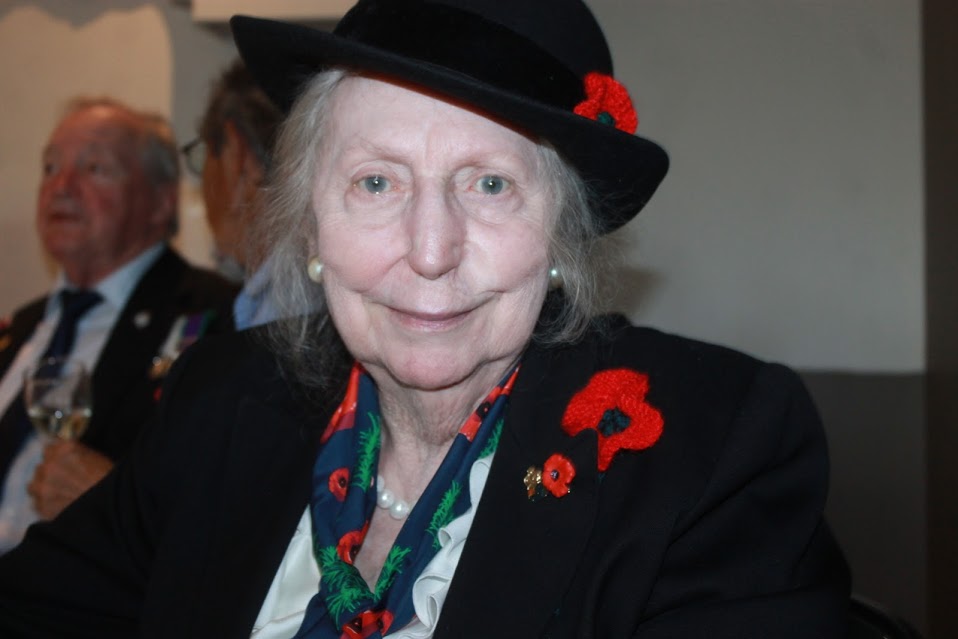 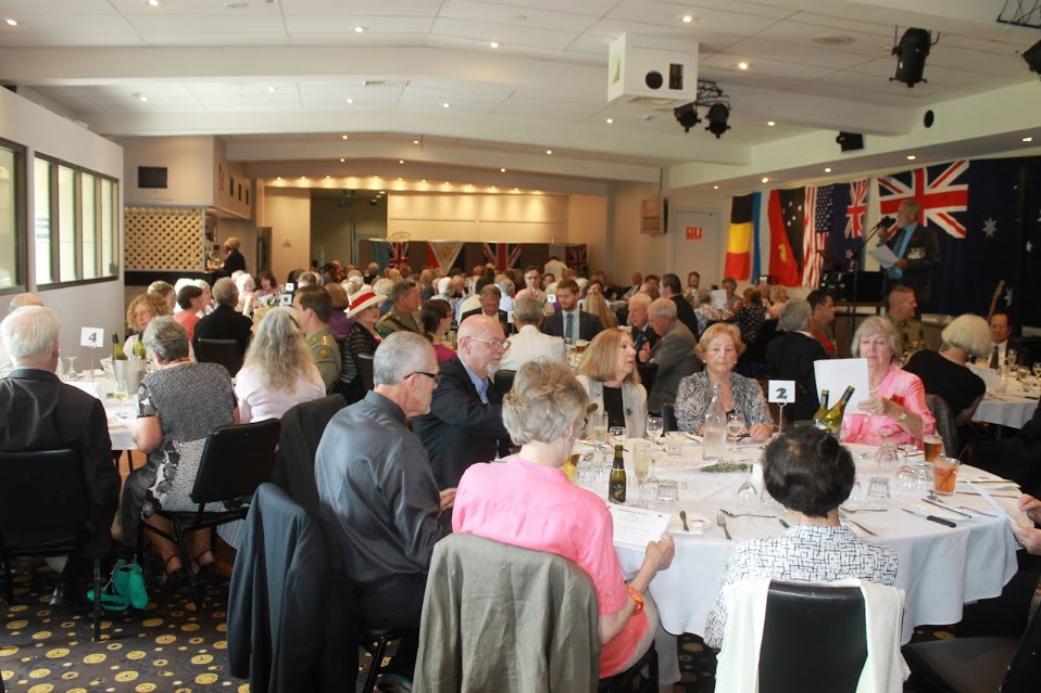 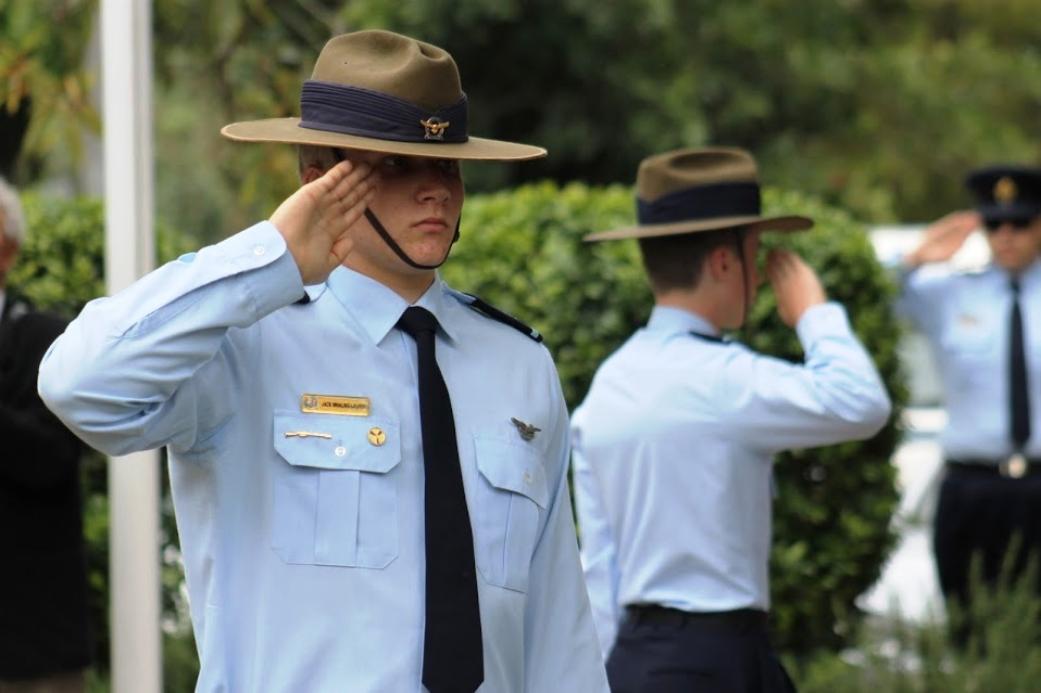