This week we offer a look back in time to some of the food created by those on rationing during World War I and World War II in Australia. Some of these recipes would be well suited to those with a budget to stick to or little ones with food allergies. They also offer a great insight into how determined our grandparents and great grandparents were to do the best with what they have and count their blessings in being able to do so;

THE KITCHEN.WAR-TIME RECIPES-Now that so many of the main foodstuffs are both scarce and dear, the following recipes will be found most useful for the worried housewife. The ingredients are nourishing, economical and easy to cook.

Dumplings.-Required: 4 oz. of flour, 2 oz. of barley flour, a good gill of milk, a pinch of salt, a teaspoonful of baking, powder. Make a batter with the milk and two flours three hours before the dish is required; then, just before cooking, add the salt and baking powder. Have ready a pan with fairly deep fat in it at boiling point, take a tablespoonful of the mixture and drop it in-the batter will form into a kind of dumpling and rise--cook a golden brown, drain on kitchen paper, and put on a hot dish. - These dumplings are delicious served with any kind of meat or by themselves with a nice brown gravy.

Savory Spaghetti.-Required: 6 oz. of spaghetti,2 tablespoonfuls of grated cheese, a good walnut of butter, a large onion boiled and chopped, a little chopped tomato or tomato pulp, pepper and salt. Have ready some boiling salted water and drop the spaghetti in: boil until tender, drain. Into the saucepan put the butter, let it heat, toss the spaghetti into it, add the 'tomato pulp, chopped onions, and season to taste. Last of all, sprinkle in the cheese; heat, then serve the mixture very hot.

Lentil Pasties.-Required: 4 oz. of boiled lentils, a nut of butter, a pinch of mace, a dessertspoonful of finely grated cheese, pepper, salt, short pastry. Make the pastry by mixing 8 oz. of dripping into 6 oz. of flour, add a pinch of salt and half a teaspoonful of baking powder. Mash the lentils up with a fork, add the cheese and seasonings, roll out the pastry thinly, cut into rounds; on each round put some of the mixture, fold over, wet the edges and pinch them together, bake a golden brown, and serve with brown gravy.

Nourishing Cheese Dish -Required: 2 oz. of maize semolina, 2 oz. of grated cheese, a nut of butter, almost a pint of milk, 1 egg, pepper and salt. Stir the maize into the milk and cook for almost 10 minutes; then add the grated cheese and cook a further five minutes, stirring all the time; season, and let the mixture cool a little, then add the beaten yolk of :an egg. Whip up the white of egg stiffly, stir well into the rest of the ingredients. Pour all into a greased baking dish. 'Bake for half an hour and serve very hot. THE KITCHEN. (1917, December 29). Leader (Melbourne, Vic. : 1914 - 1918), p. 46 Edition: TOWN and WEEKLY. Retrieved fromhttp://nla.gov.au/nla.news-article90857380

Early visitors to the Kitchen Front Exhibition, which has been opened in London, were Rene Roussin, the King's chef, and Mr. Kennedy, Controller of Supplies to the Royal Household. M. Roussin is as interested in meatless dishes as is every cook in the country to-day. "Economy is my aim in the Royal kitchens," he says.

In this he is obeying the wishes of the Government who do not want to be consumed expensive food which comes from overseas, and thus requires ship space. . Nor does the Government want money to be spent extravagantly on eating when it could belent for the prosecution of the war. People are certainly spending less on their meals in the West End. Whereas, before the war, a fashionable restaurant served £20 worth of caviar in a night, that same restaurant now rarely serves more than £1 worth in a week. Patrons no longer expect long dinner menus. It is more a case of soup, fish, and entree. From Mr. Kennedy, we learned that the King and Queen and all members of the Palace staff, have two meatless days a week-one entirely vegetarian, the other with fish.

Princess Elizabeth, too, is learning to use economical wartime recipes. She has so far advanced in her cookery studies that she is able to serve herself and her sister with a three-course midday dinner. When Elizabeth cooks the meal it is. eaten in their own little dining room at their country home. The table is laid with a cream linen, hemstitched cloth, yellow glassware, and a pretty modern dinner service in primrose-yellow china. Princess Margaret is only a little less expert a cook than her elder sister. She recently baked a sugarless cake with dates arid raisins, of which she was immensely proud.

If these were normal times the London season would be in full swing, and seventeen-year-old Miss Mary Churchill would probably be the outstanding debutante of 1940. But the Prime Minister’s daughter does not seem to regret her lost season, nor the absence of formality in her wartime life. She prefers the country to the town, and is an ardent lover of animals. Until now this good-looking young woman, who has the dark eyes of her grandmother, Lady Randolph Churchill, has been living at Admiralty House with her parents. Soon, she will be the youngest resident No. 10 Downing-street has known for many years. She took up war work in a canteen, and volunteered for nursing work. Following her mother's advice she is at present concentrating on a domestic course in town. In her Downing-street home Miss Churchill has already chosen a room. It is near her mother's, and one which is usually set aside for guests. It faces the Horse Guards' Parade and the park. RATIONING IN ENGLISH HOMES AND RESTAURANTS. (1940, June 26). Examiner (Launceston, Tas. : 1900 - 1954), p. 3 Edition: LAST EDITION, 5.30 A.M,, Supplement: The Examiner WOMEN'S SUPPLEMENT. Retrieved from http://nla.gov.au/nla.news-article92666044 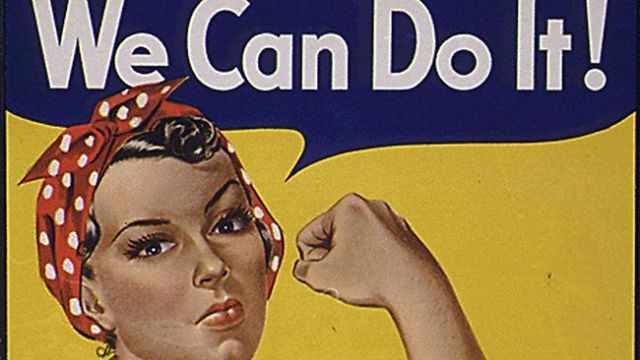